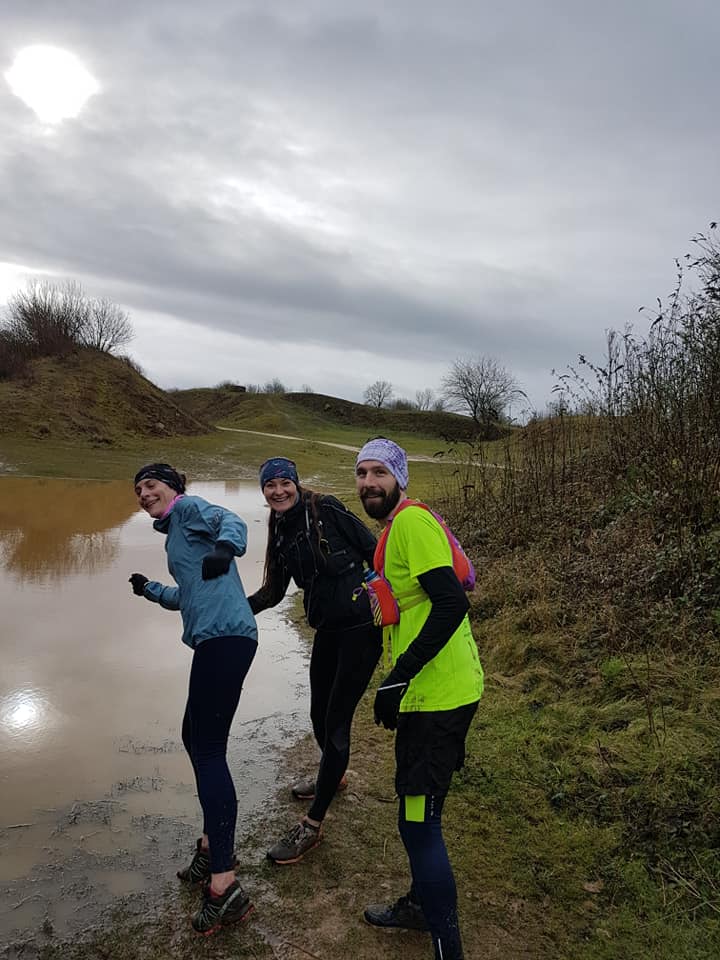 I know it is a long way off but as soon as April hits we have the start of the Summer 5k Series and the Easter Bunny, both these need your help to marshal, help set up, Cakes, help take down and clean up. We can't run these events without your help so please try to keep the dates free so you can help.  Thanks

The Club Strava has been purged and most of the non Club members have been removed and now runners have to ask to join. There are two admins, Graham and me so if you have any questions on this then please ask.

There were a few groups out today including Tim's Marathon Training and a big thank you to Tim for doing this. Graham organised a long 18 miler taking in Trent and a loop around Sherborne, there was another group who did around 14 and Phil's Group as well. If you want to join in either post on Facebook or just turn up. Although Storm Denise was still playing the routes did have the odd flood and we had to jump a couple of trees but the wind was not too bad and the rain held off till near the end. After the runs most had a cup of whatever in Ninesprings Cafe soaking wet and looking forward to a hot shower. Thanks to all that organised a group. 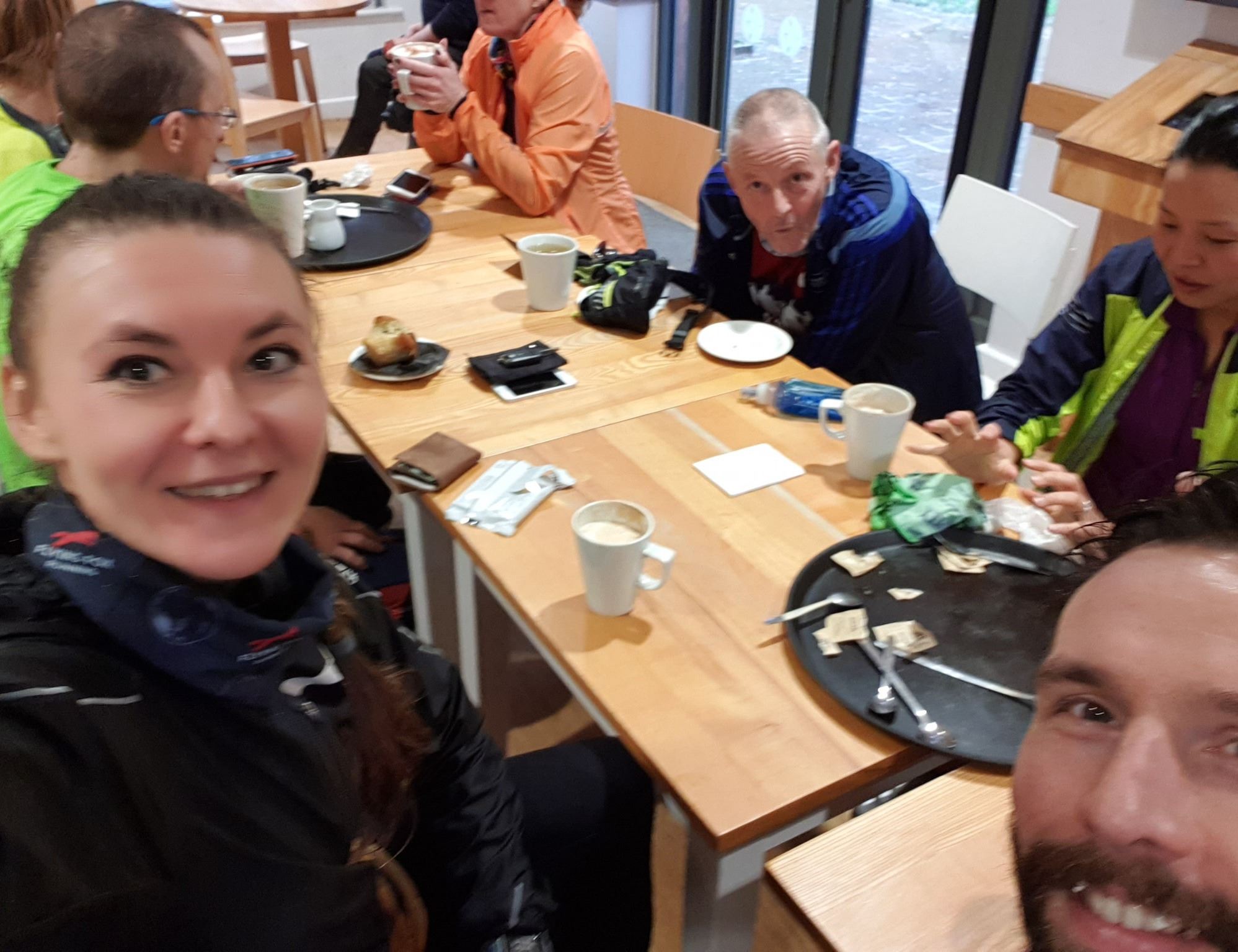 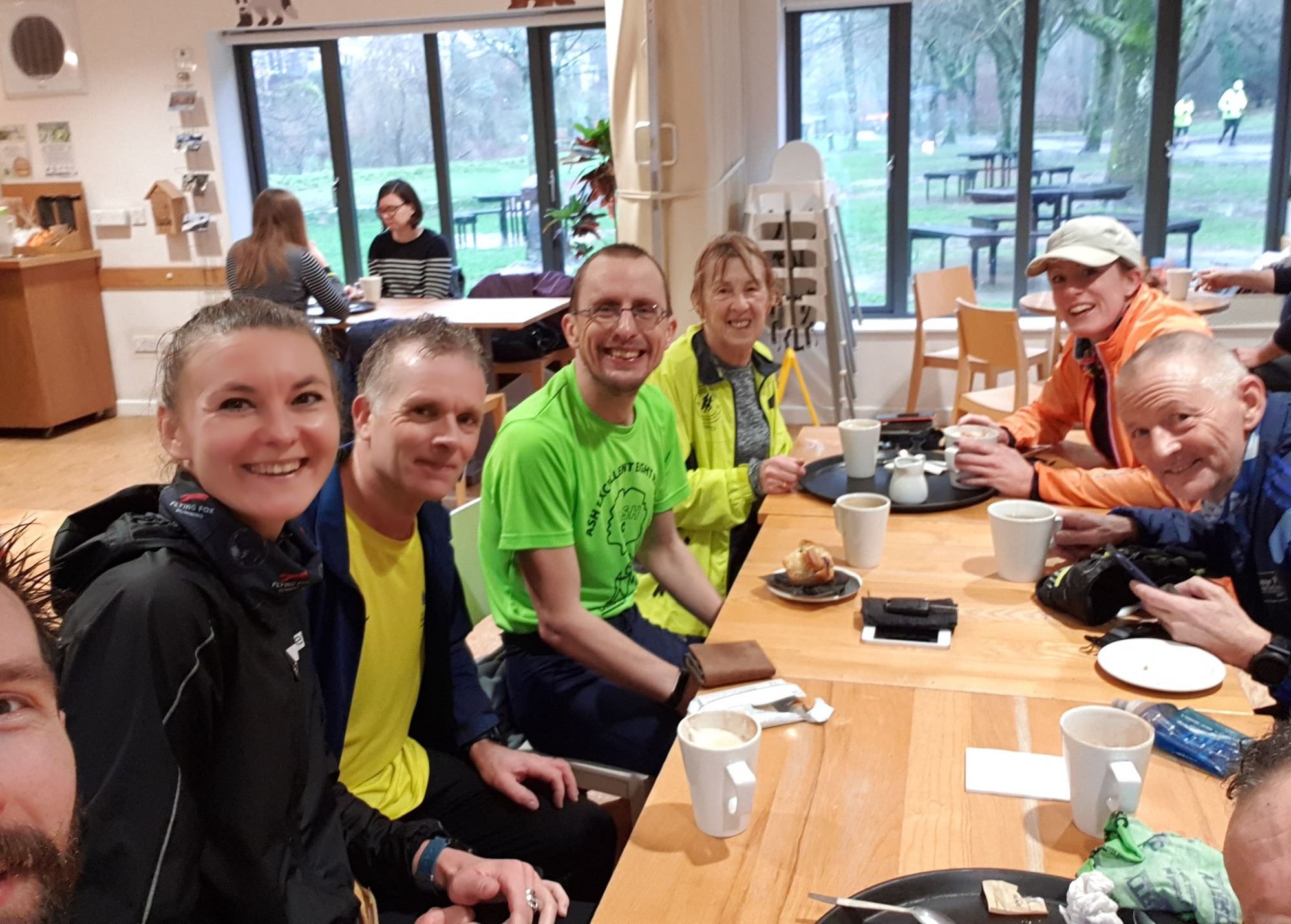 From Angela: So a few of us braved the rain for the Sherborne 5k, 4 YTRRC runners in total that I spotted. Trevor Strelley propped up the bar for a bit before we all headed out (all 63 of us I think it was) on a slightly different route due to all the rain and a few fallen trees. Thanks to Dennis the menace, we didn't have a long steep hill to climb at the end which was a bonus! We avoided the rain for the most part until the end when it started to get a bit soggy. No idea on times, I'm predicting Trevor first, followed by the other two ladies with me and Waffles bringing up the rear. 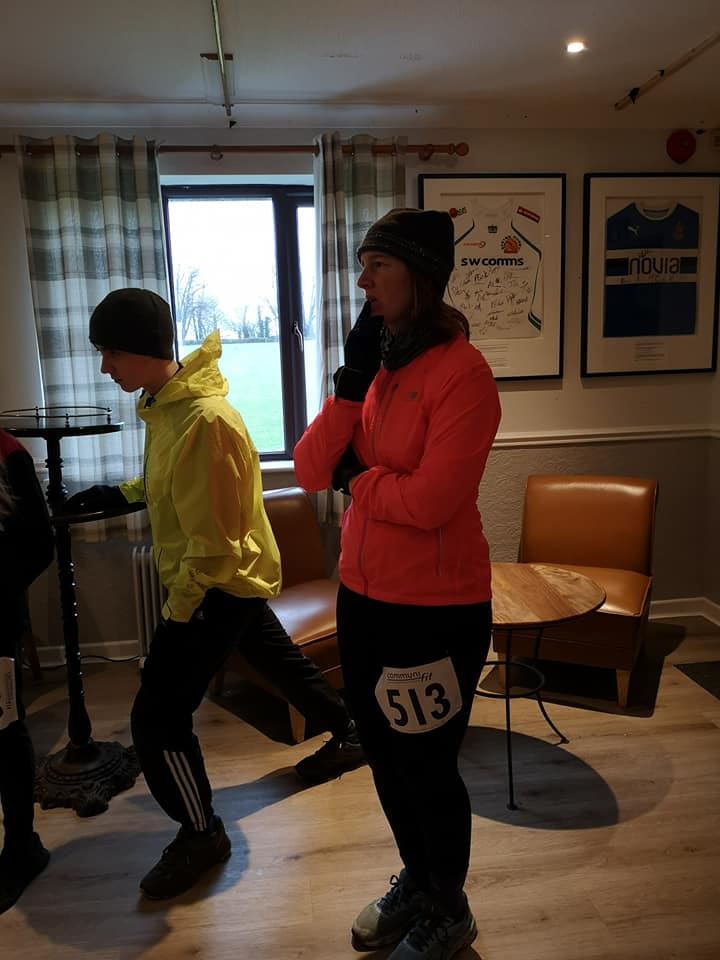 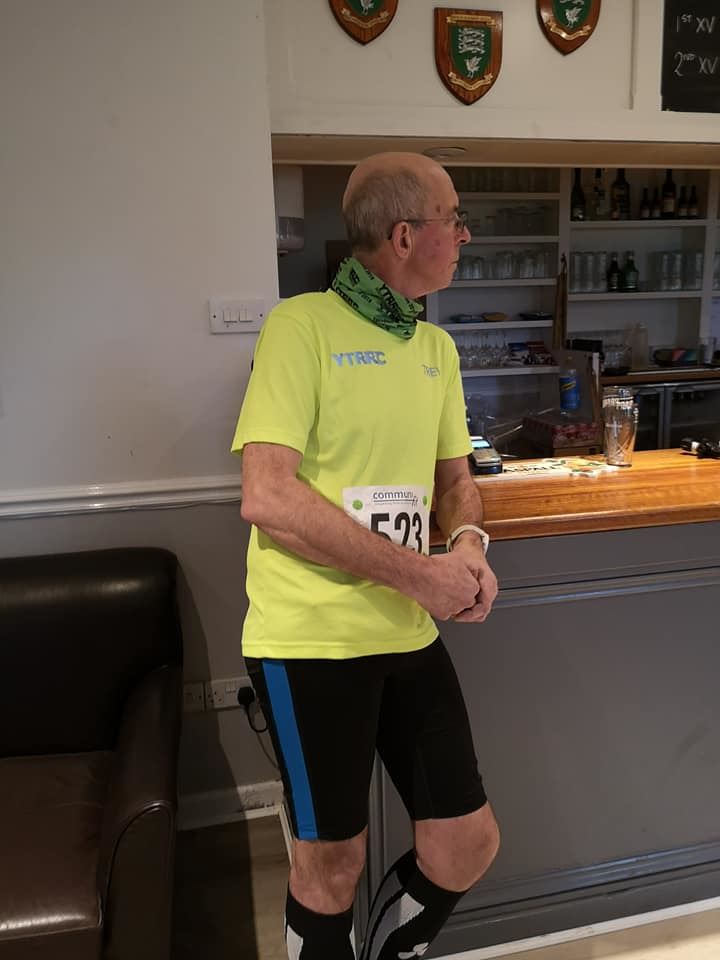 From Kev: Great off road run this morning with fantastic " Ham Hill Tour guide Magdalena we were joined by Luke who ran out to meet us and " Hard core Harriet " as she is now known as post Hurricane Ciarra runner ... Me and Harriet were treated to a fantastic tour of whole area , Luke knew a lot of it .. we finished with loop of Montacute and Fred Bench ... I added miles at end ... Luke ran home ... it was a great morning
Thanks guys 💕🤗 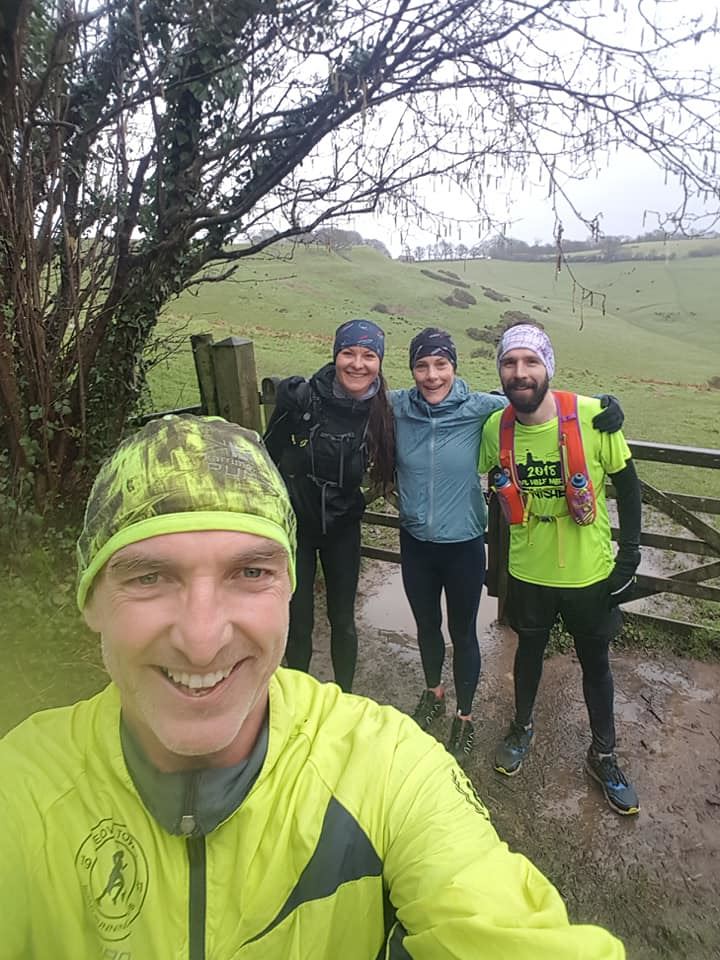 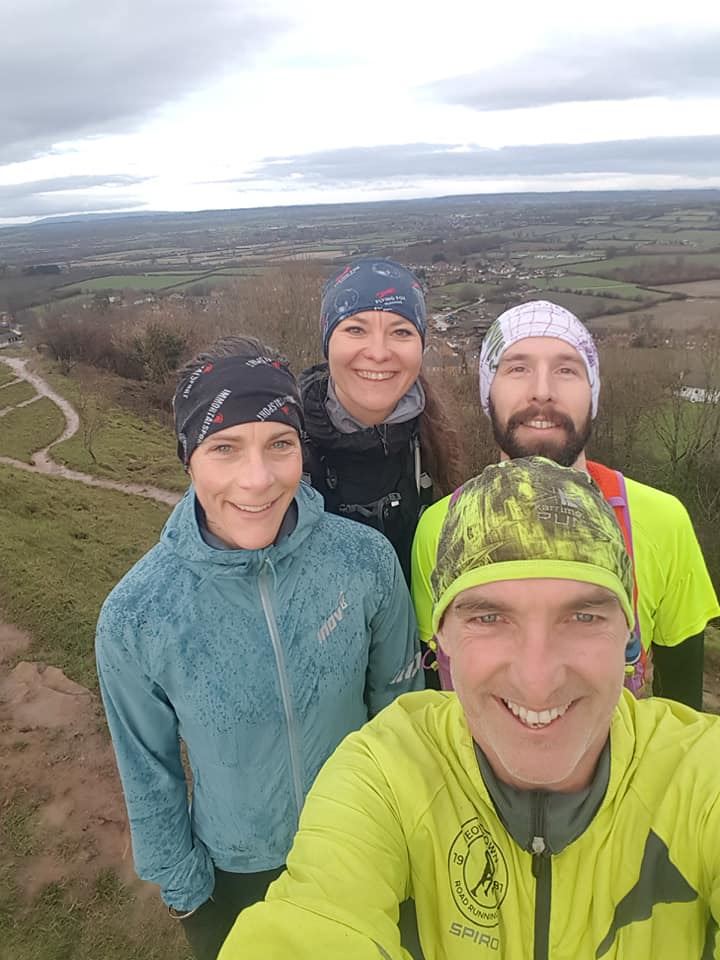 We’ve been there, and done that. The main group (led by J.C.) ran the same route as last time, and several previous times. There were 5 of us with Kirsty, J.C. Matt (new), Rob, and me. It was dark with poor visibility, so my fading head torch was not a lot of help tonight. Also the country lanes had a lot of mud and water. We ran to Woolston via Corkscrew lane, and continued past the farms to the junction. Two left turns took us to Yarlington. We ran past the pub, turned right, and followed the winding undulation road to the manor house at Galhampton. The last leg was running through the village and back to the pub. The run was 6.22 miles with low and high points at 199 ft and 433 ft. Thanks all, J.C. and Phil for organising.