What a Great Challenge 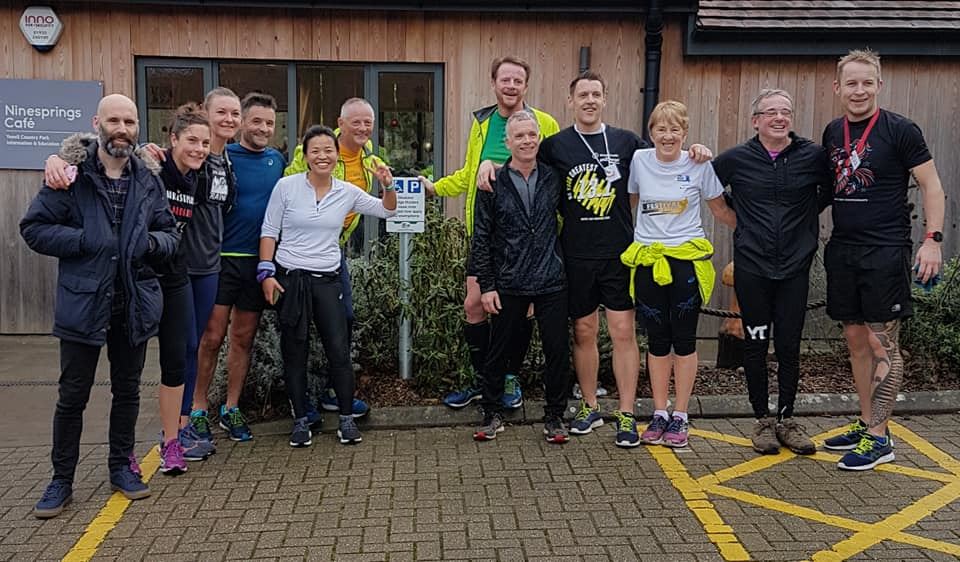 From Monday through to Today Graham Still set a challenge to run either 100 or 50 miles in a week. There was a fair few who took up the challenge and then post their runs on our Strava Group. Monday came and we started putting in the mileage then checking Strava to see who had done what and post a few comments of encouragement and the odd bit of banter. As the week went on we had runners getting up early to get miles in both before work and then some after work. The washing machines were doing over time and we had floods and wet trainers to deal with but still, we carried on and then Graham posted the final day routine:

100mile group are starting from Golden Stones at 9:30am, meeting up with the 50mile group at 11:00am-ish top of Marsh lane/Coombe street lane junction. We'll then run the final few miles altogether to the finishing line by the café on Yellow Brick road. Estimate time to the café 11:30/45am. 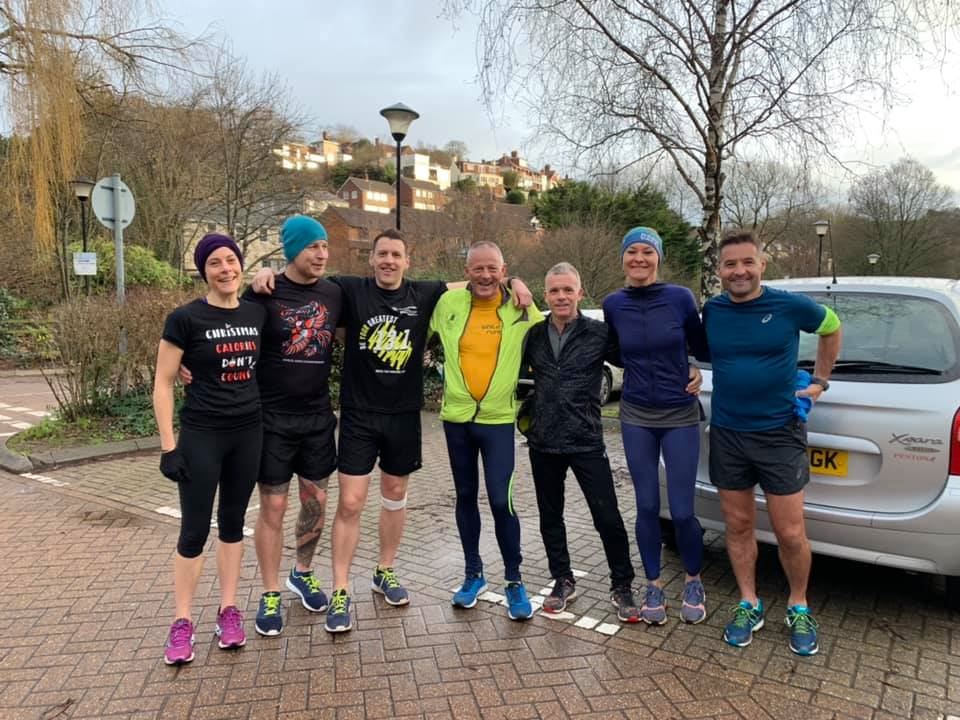 Sunday came and the two groups set off, a nice gentle jog for the 100 mile group to get 14 odd miles in for our target. We only had the one flood to get through and on the route, Harriet had placed some much-needed water, sadly Graham paused his watch on the first stop and forgot to turn it back on and noticed about a mile later so he decided to run a bit back and then do a few diversions to get his watch on the same as us all. 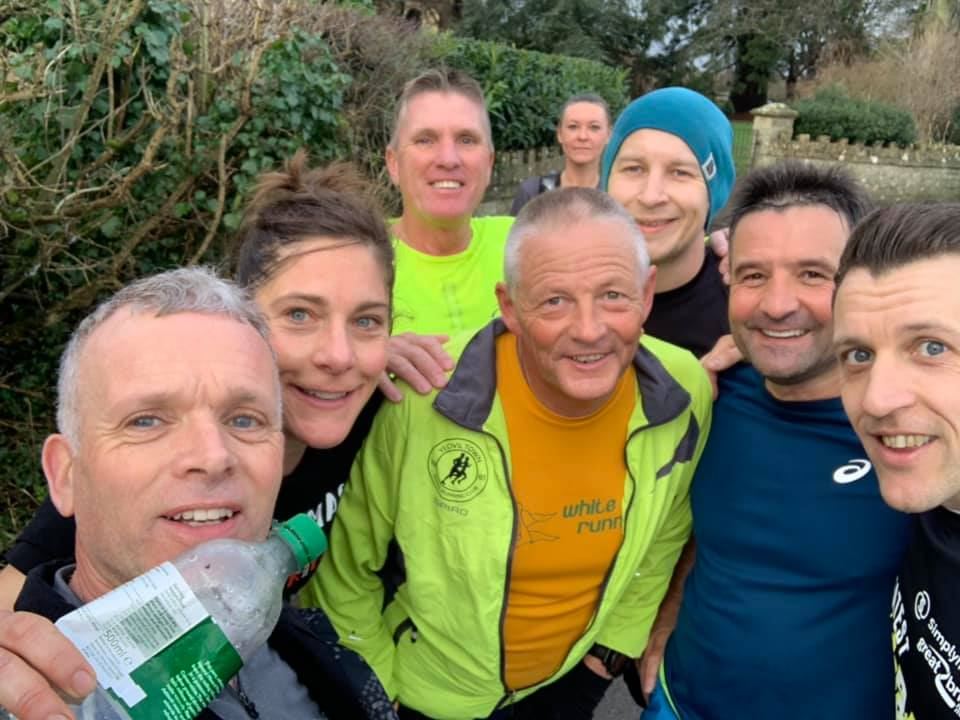 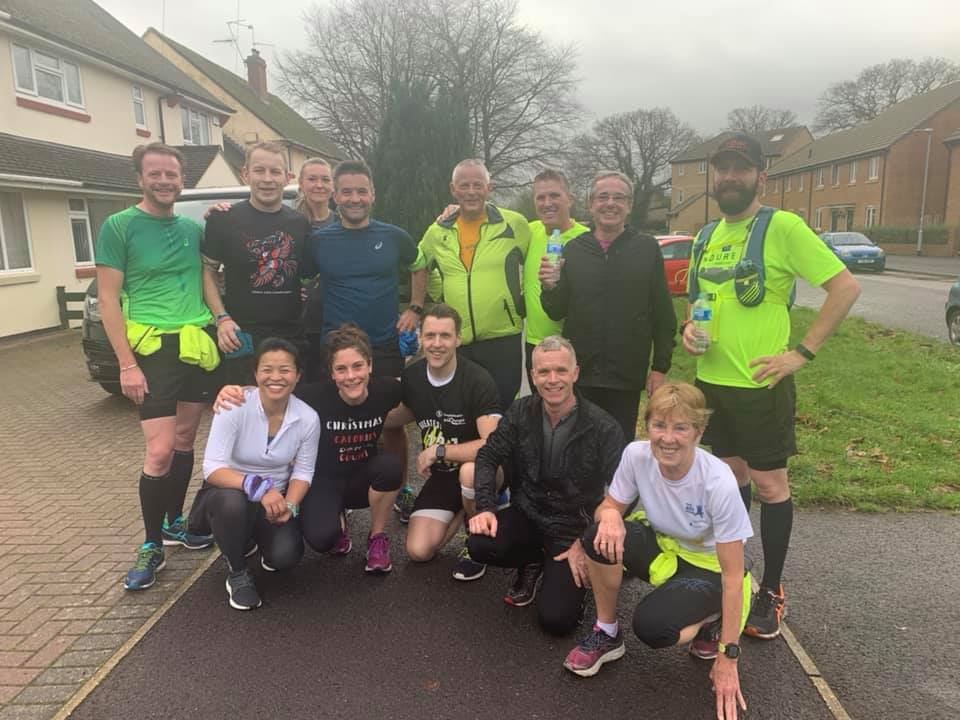 We finally got to the bottom of Marsh Lane and arrived at the top about 5 mins late but the 50 mile group we there waiting for us. We then ran together back to Goldenstones and were quite overwhelmed at the finish line and the Club members that turned up to cheer us back. 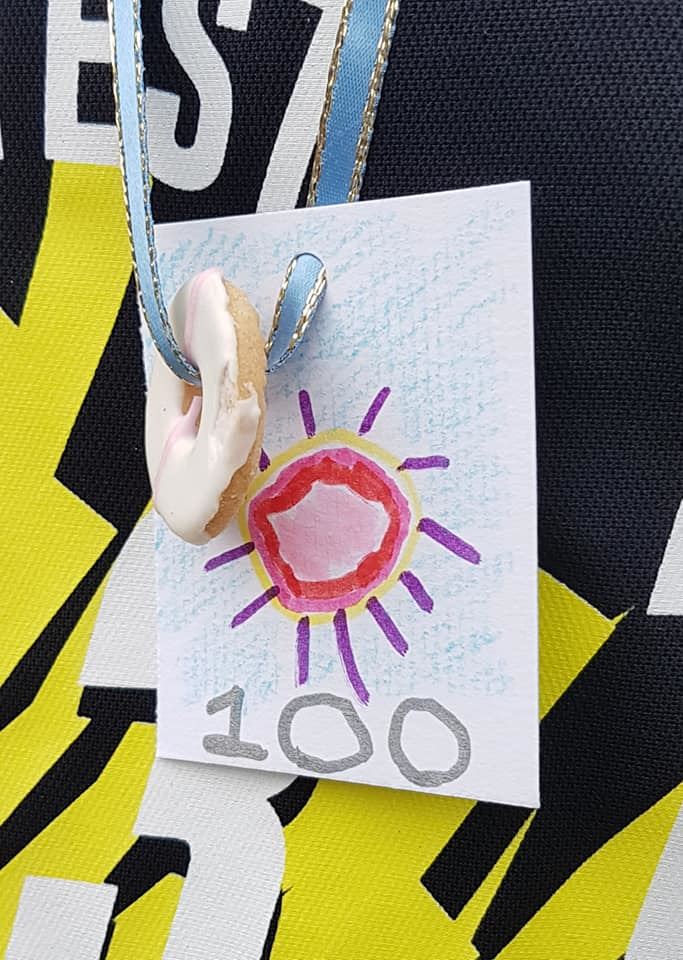 At the finish Anabelle and Oscar, Louise's kids, gave out a lovely medal for every runner, thanks.

At the Ninesprings Cafe we had a group finishers photograph before heading to the Goldestones Centre for a shower, thanks to Liz for letting us in and Helen for the shampoo, then it was Coopers Mill for food and hydration. There were a few that took part but could not make today as they are elsewhere so please don't feel forgotten.

I must thank Graham for organising this, it has been a great week and no one was under any pressure to hit their targets it was just great training and I found that doing two runs on some days, the second run seemed easier and felt better than the first run. Hopefully, this will be repeated and we will let you all know when it is on. A great effort by all.

From Denise: This morning Me and June Moule visited YTRRC'S Memorial Bench to take some flowers to remember our running club friend's who are longer with us. 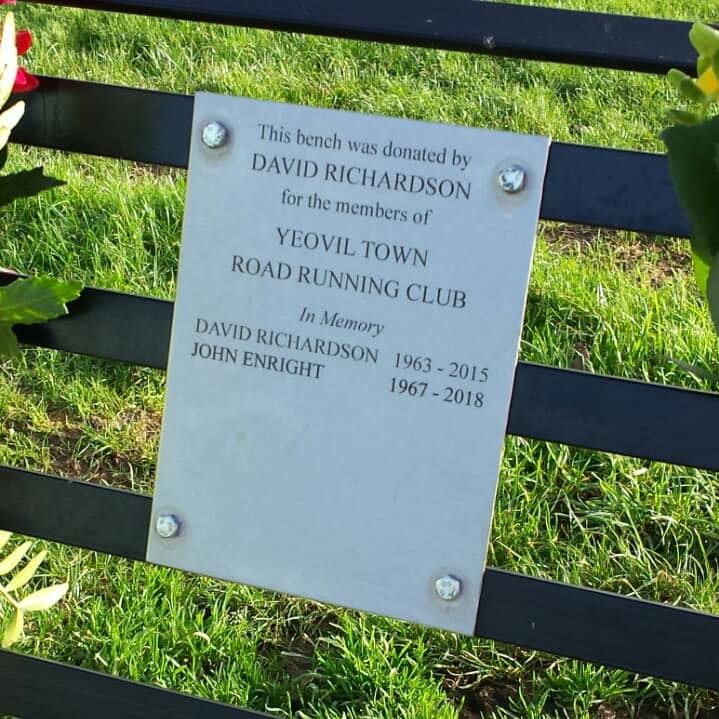 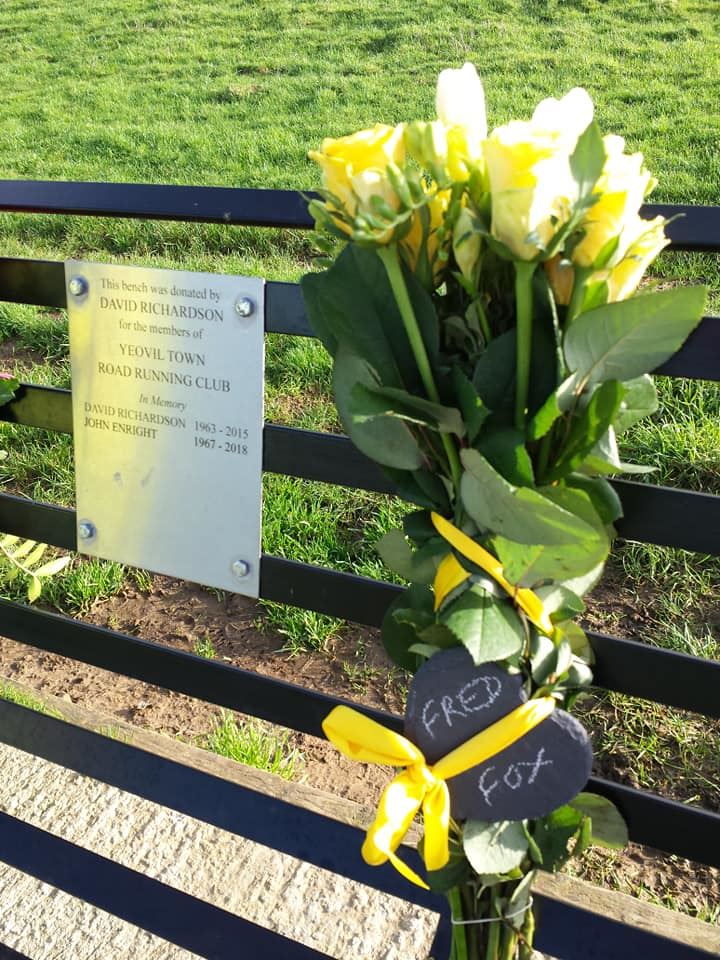 Great to see Mike back from the States and he has sent a blog on his latest adventures that you can see here.

PUB RUN – STOFORD (20th December 2018)
I had the privilege of making up a route on the spur of the moment and leading one of 3 groups (Tim, J.C. June, Rob, Ali, Kirsty, Brian, Louise, and me). On a mild night, we ran from the pub out to Bradford Abbas via Clifton Maybank. The previous heavy rain had left a few puddles about on the sides of the road. Turning left we ran past the church and Christmas lights, then continued along the lane to Manor Farm. We ran up the slight incline to the top road. Turning right we ran along the top road to the crossroads with the village lights down on the right. Turning right and crossing the railway line we came back into the village. We regrouped outside of the pub, then set off running back the same way we came in. It was almost 6.5 miles, and an enjoyable run again. What was bringing the Rabbits out tonight? On the drive home between Bradford Abbas and Sherborne, I spotted 20 or more Rabbits on the side of the road, stretched out for over a mile. Some kind of Rabbit get together.