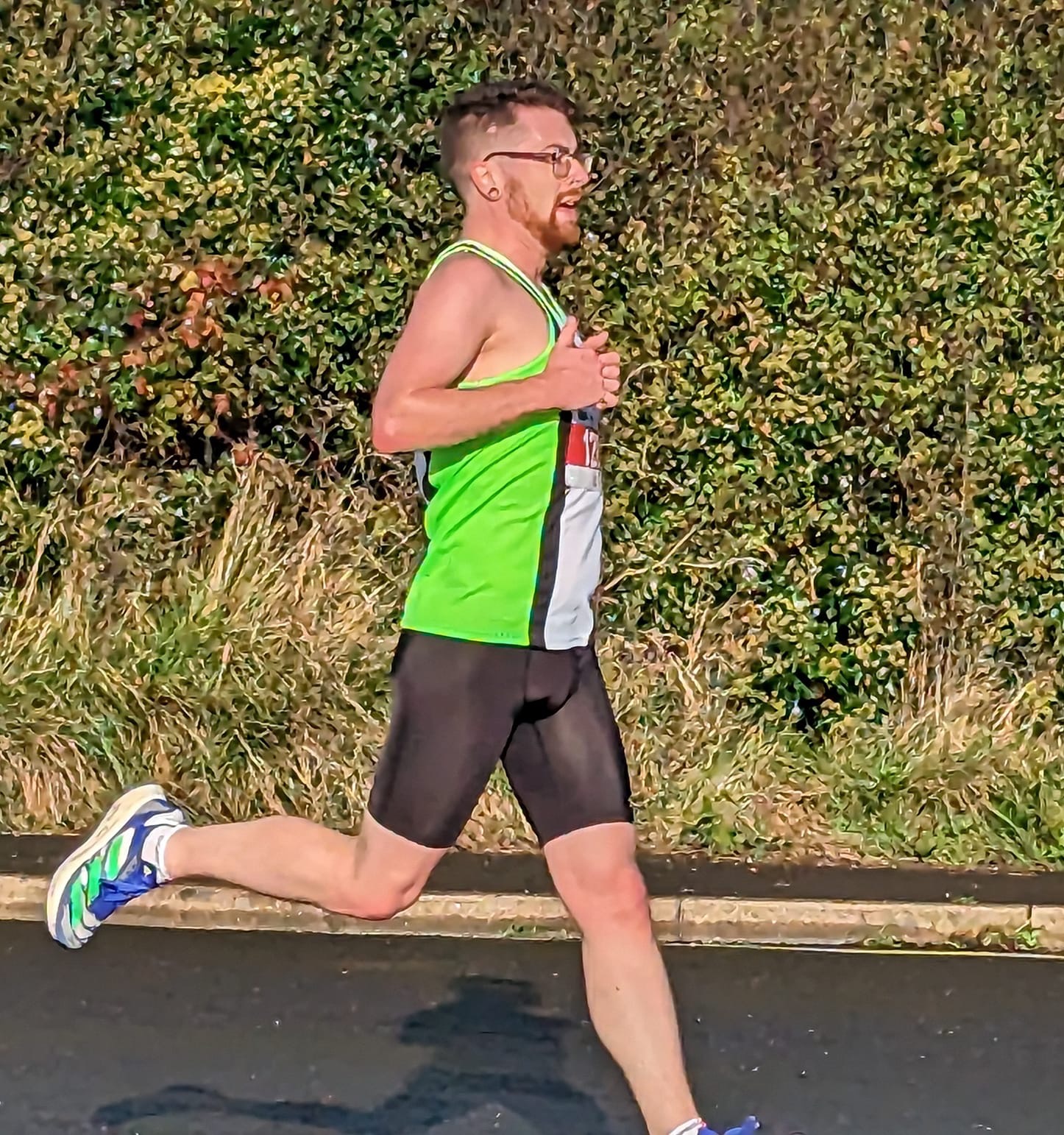 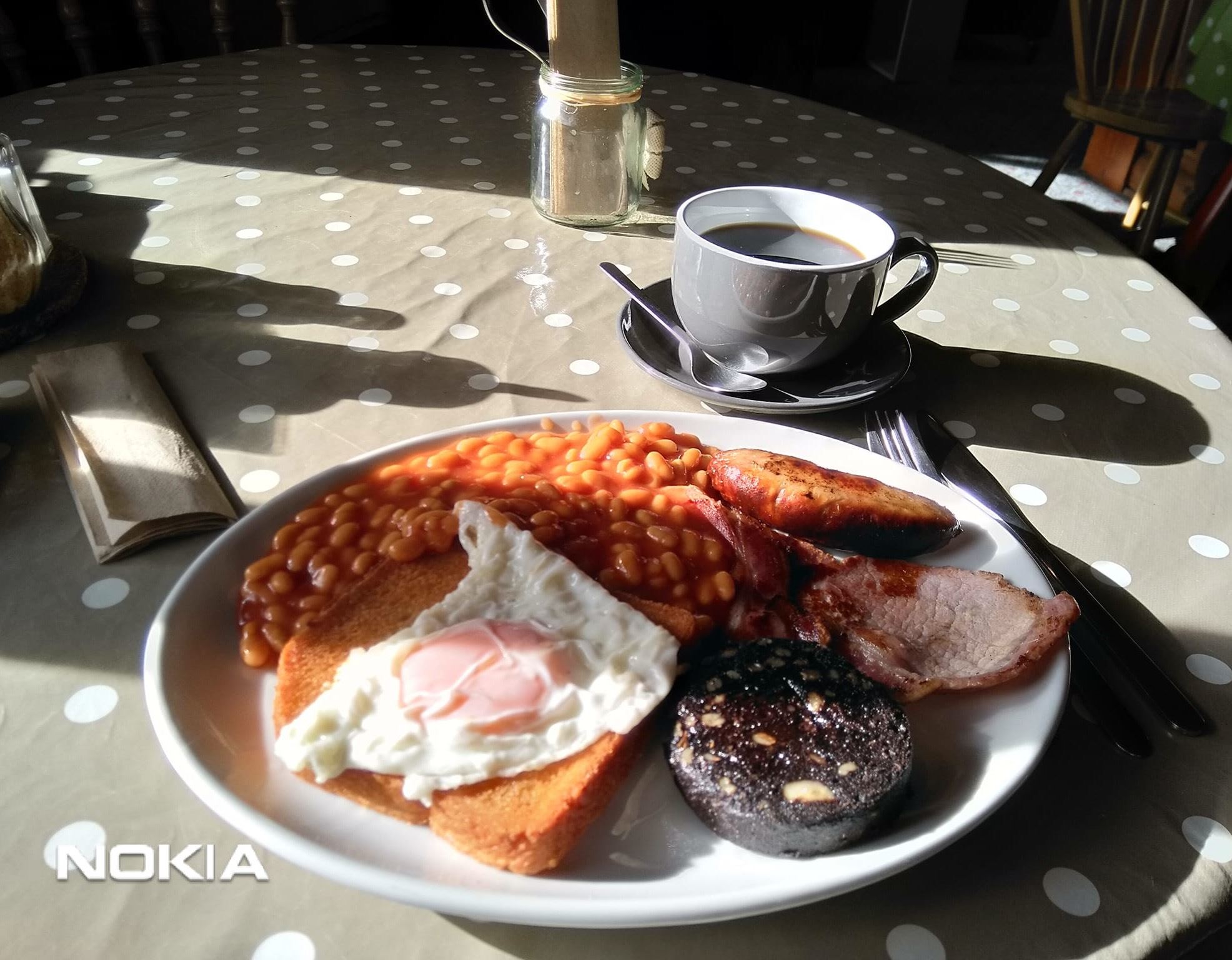 Well done to Adam as the first Club member over the line and Jackie our First Lady. 19 Club members, well done all.

From Lesley: It’s that time of the year when we need to set the Rules and Races for the 2022-23 Club Championships. We are reverting back to the format of pre-covid which will re-introduce the Points Queen and Points King Champions as well as continuing with overall male and female champions.

Lots of you took part in races this year so it would be good if we could have more of you entering the Club Championship races. It makes for good camaraderie, supporting others and having an enjoyable day out, often with cake to finish the day/morning! You don’t have be fast, it’s the taking part, having fun and earning points with like-minded members. To cut down on costs car-sharing is a good idea too.

The Slam Hats awards continue to be popular with members so that will continue. The only change to this is that to earn the Micro Hat to make it slightly more challenging the qualification is that you will need to run two 5k races, two 10k races and one 5 mile race. There are not many 5 mile races around so start looking early in the year. Weston-super-Mare hold a monthly prom race from September through to May and Baltonsborough 5 miler is on the August Bank Holiday Monday,

Please book as soon as you can as time is getting on and there are seating plans to produce and the venue will want to know numbers.

From Denise:  Hi everybody that's going to the Awards night because we're having a few problems on the website I'm just checking who's going these are the names and orders that we have received on the website so far 33. Some have not sent us your food order. If I’ve forgotten everyone let me know.

From Lesley: The following are the names of members qualifying for Slam Hats that I have received so far. Please let me know if I've missed anyone or if you still have to let me know. I need to know numbers by the end of the month at the latest: 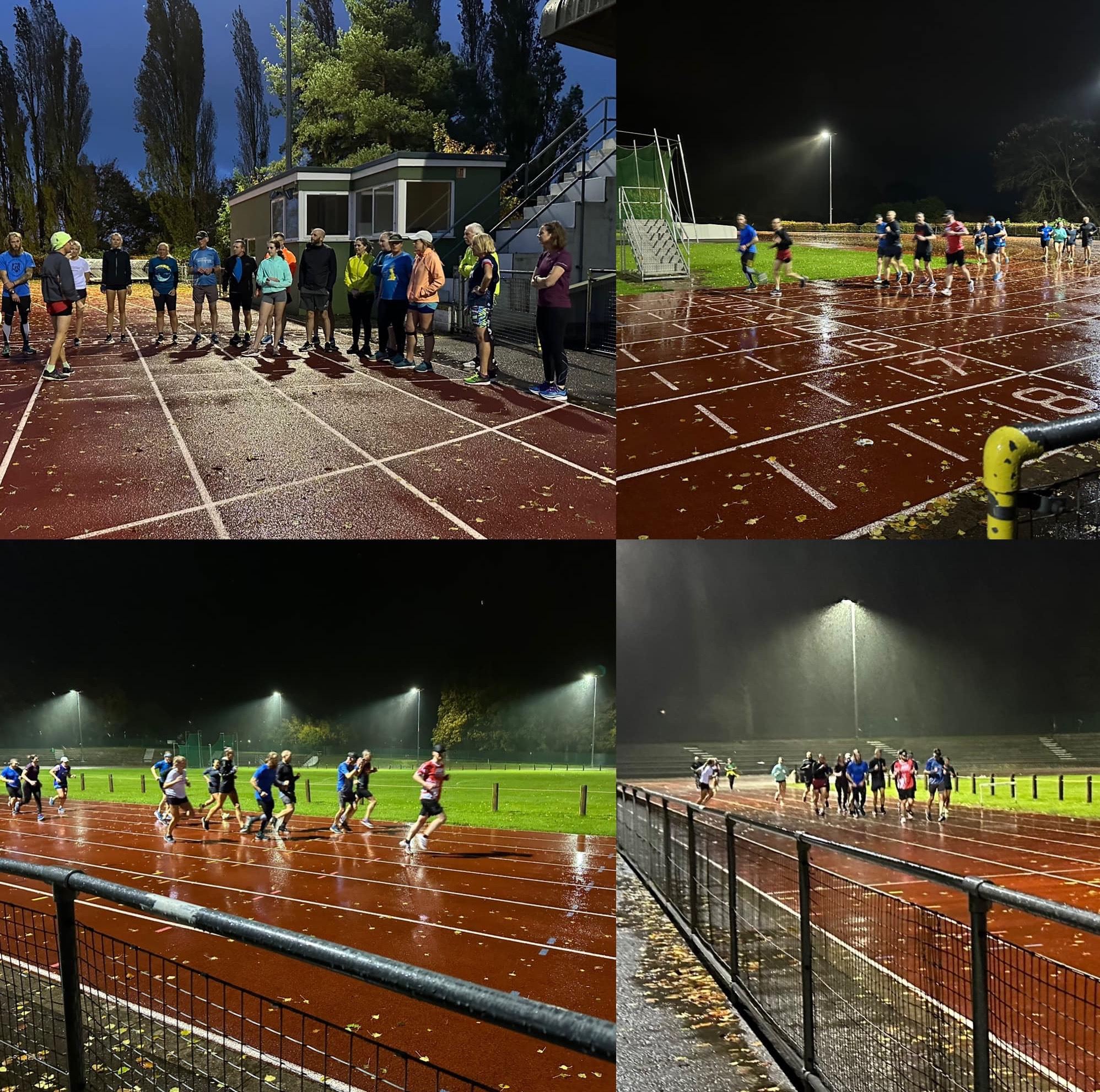 From Jo: Just a small Yeovil Town RRC turn out at todays The Great Field parkrun 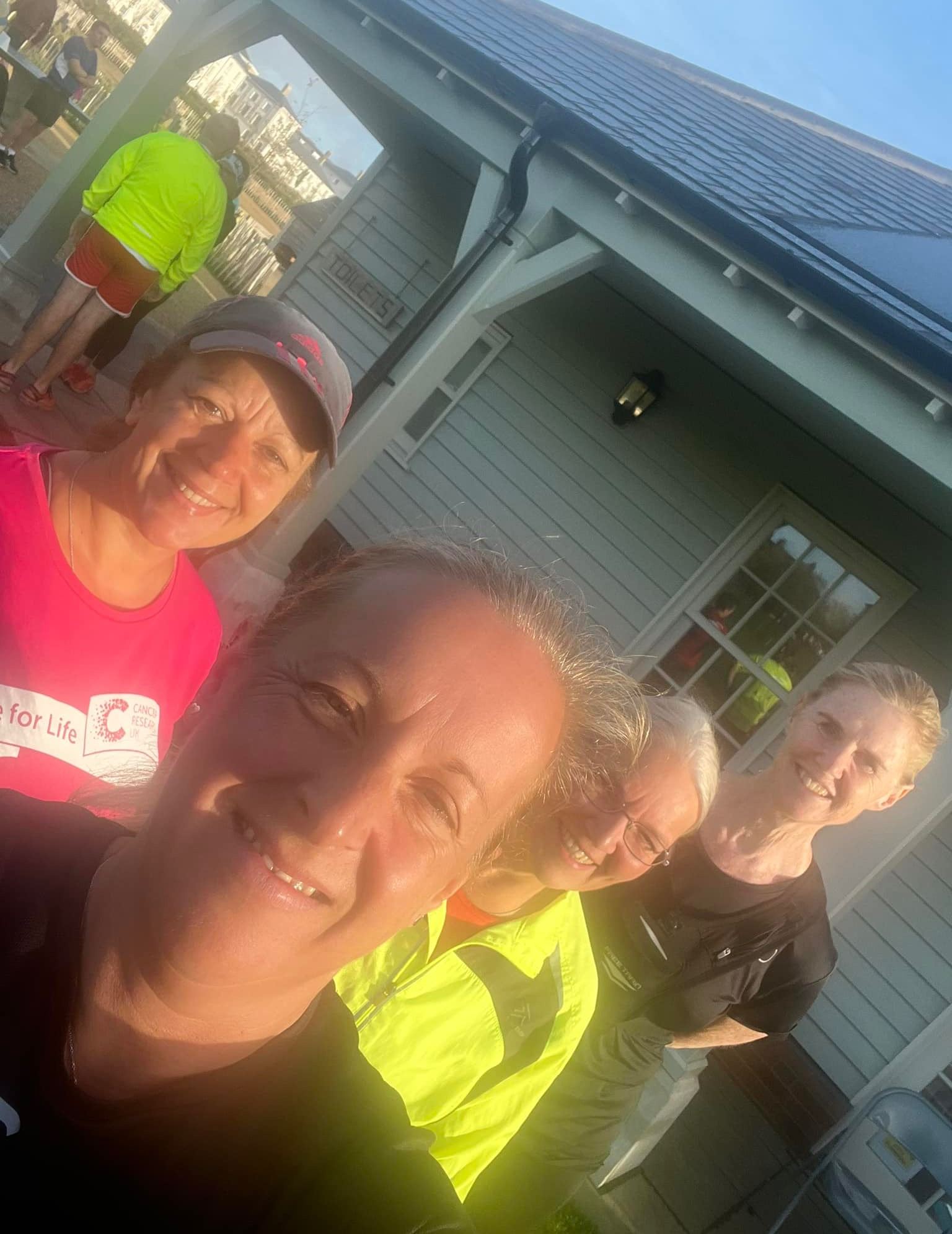 From Lesley: Another good turnout from YTRRC at Frogmary this sunny morning. Sorry to those that missed the photo. Don't forget YTRRC are marshalling and pacing in two weeks on 5th November so time to think about what position/pace you'd like to do. More details to follow. 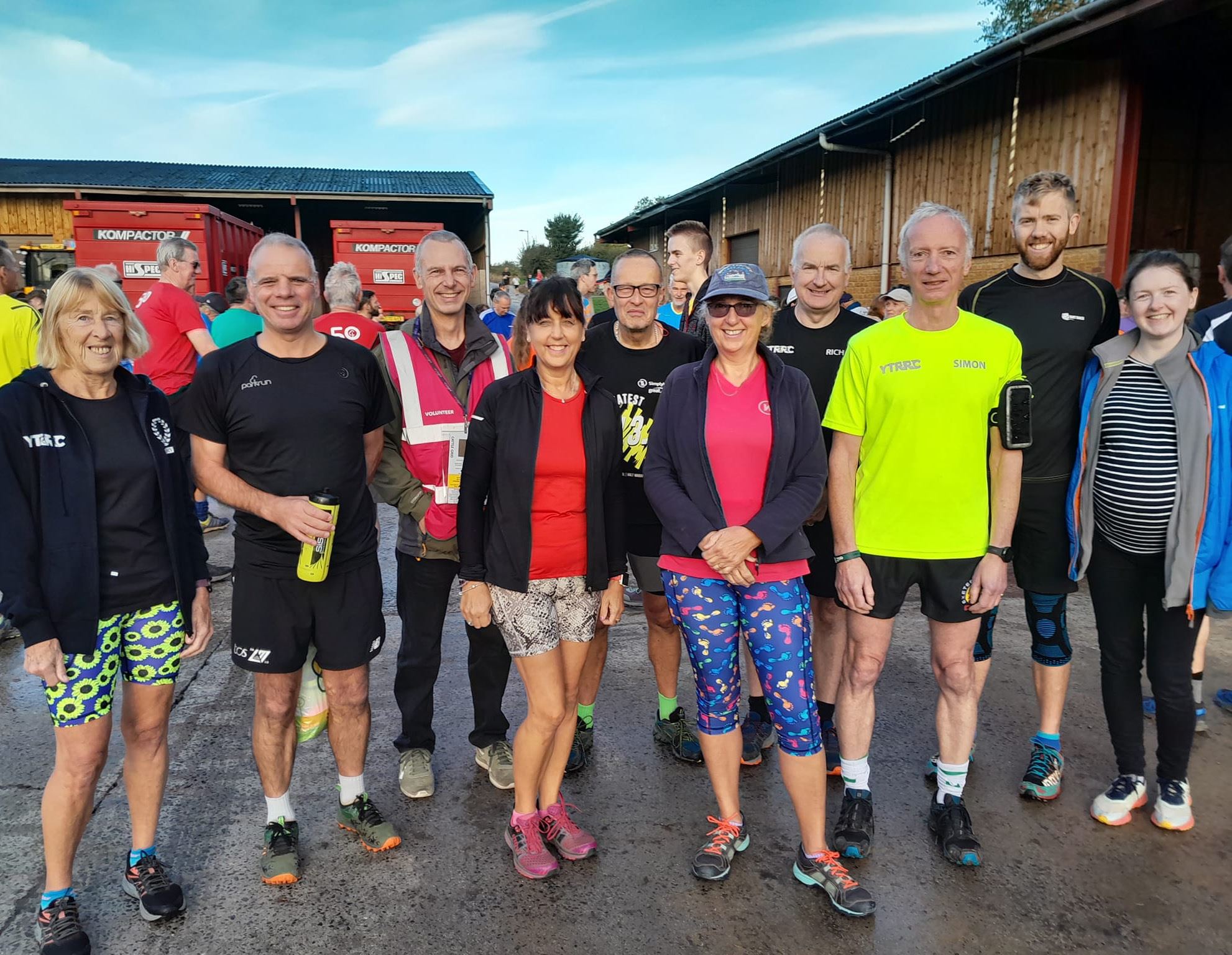 From Mark: Sue led the not so fast group which initially comprised Sue, Alison, Rachael, Dominic, Rob, JC, and myself. Leaving the pub and running south through the village, we turned left and continued along littlefields lane. At this point we were joined by the faster group for a short while. At Shapway Cross, Alison and Rachael left the group to run a slightly shorter route. We turned right and continued along Shapway then turned left at Fouts Cross. Running towards Carey’s Hollow, we turned left and ran back to Shapway Cross. Turning right we then ran along the lane towards West Lambrook. At the village Dominic achieved 11 mph as he ran towards the traffic speed indicator. We continued into the village then turned left to run along West lane. We turned left again and ran down Rodwell lane which was dark, narrow and muddy, almost like going off road. We continued to Marsh lane. The road bent sharply to the left and we began a climb which got much steeper towards the top. We then descended following the lane back into Shepton Beauchamp coming out just to the east of the pub. Great run, thanks Sue for the route. For the meal we sat in a room at the back of the pub. Thanks Phil for organising. 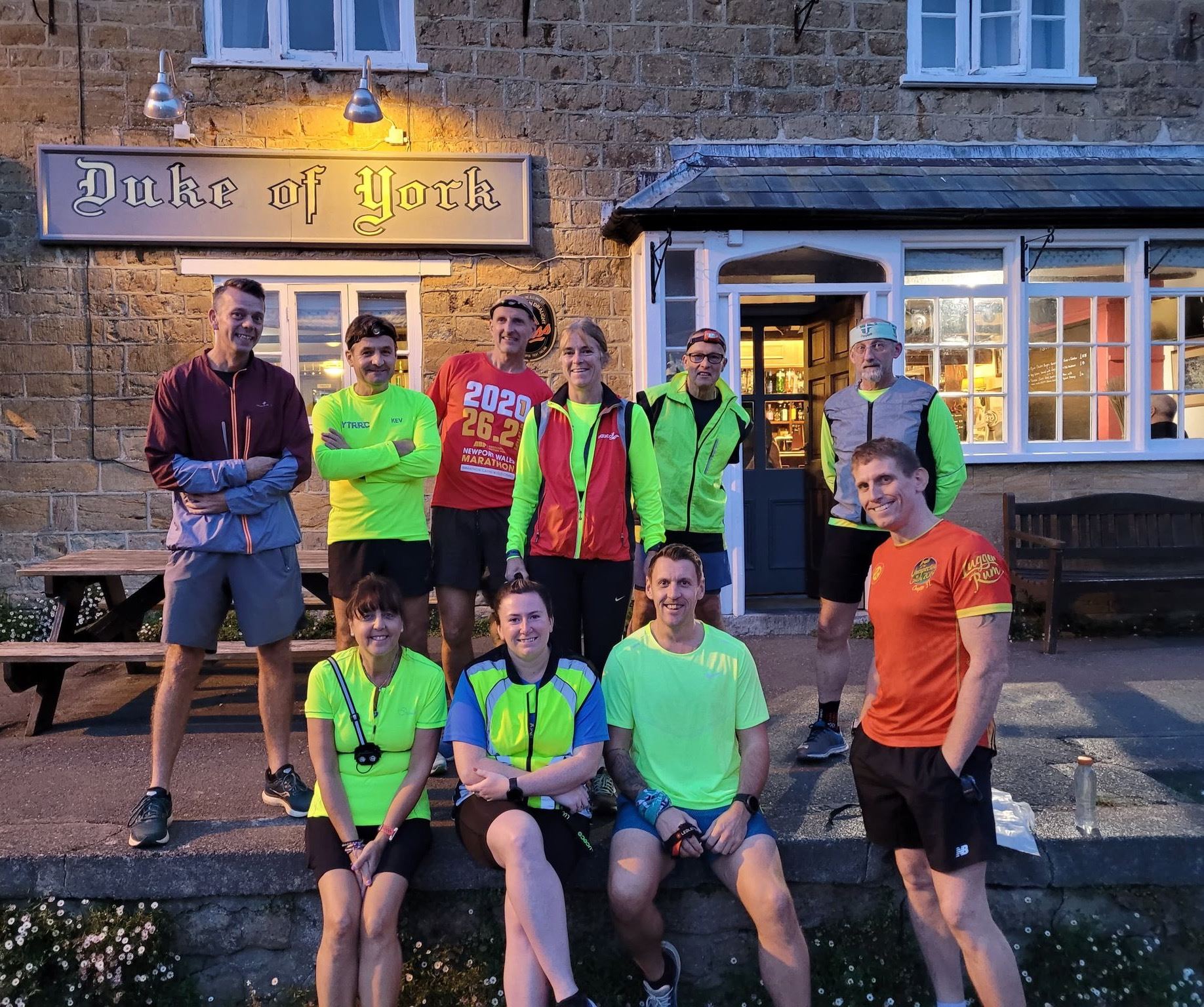