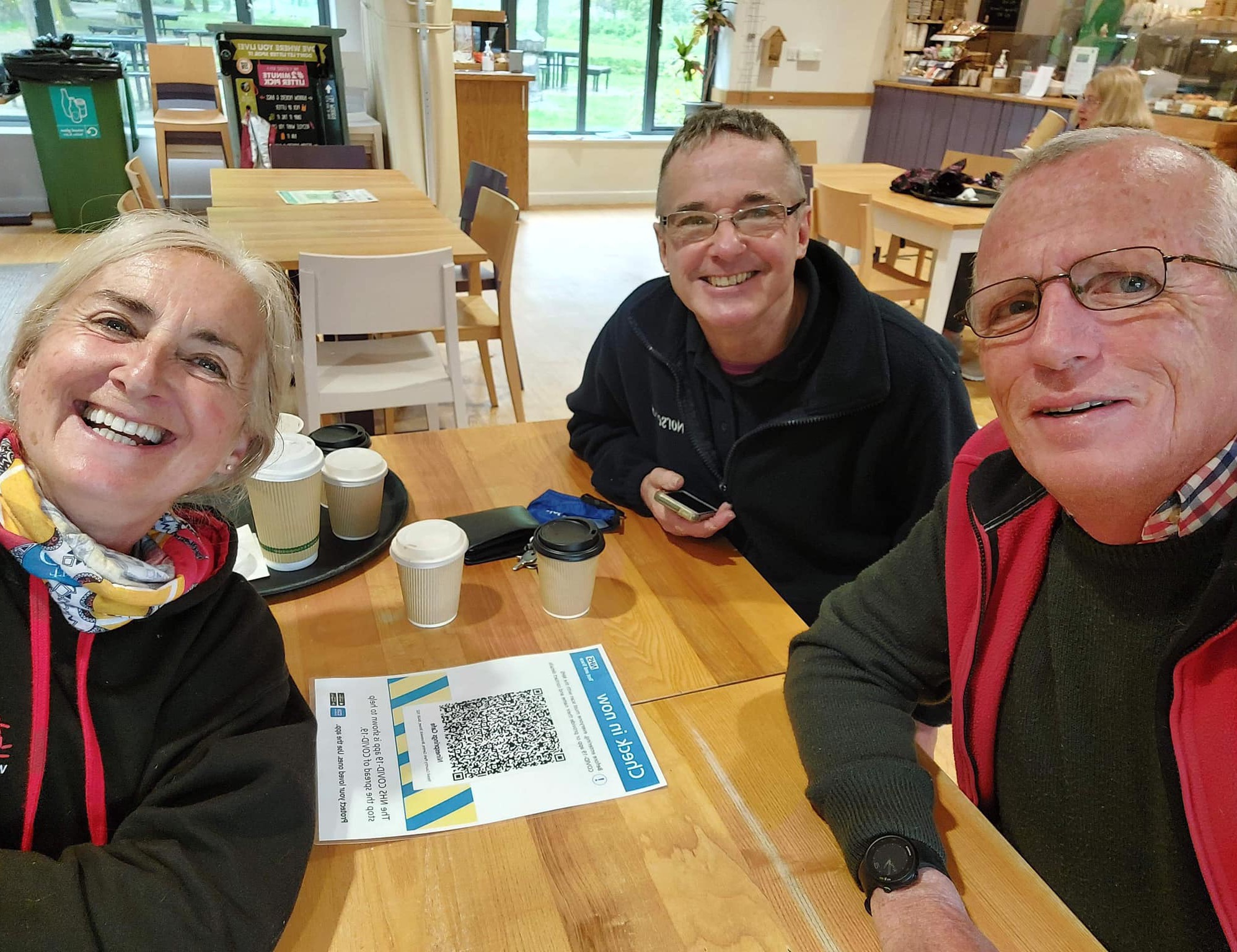 Tuesday Club Run this week is back at YTFC and you still have ti book for Track and Trace but the groups are now up to 10, this helps the Run Leader so the groups do not get too big and hard to control. Please respect the Run Leader and do as they say as it is for your safety.

From Sue: Another great social run with June Moule, Mark Larcombe , Alan Chadbone and Nick. We managed to avoid the rain and ran out to Montacute and Odcombe. Thanks to Alan for the company on my extra bit, still trying to increase my mileage for "you know what event". Apologies for photo quality. 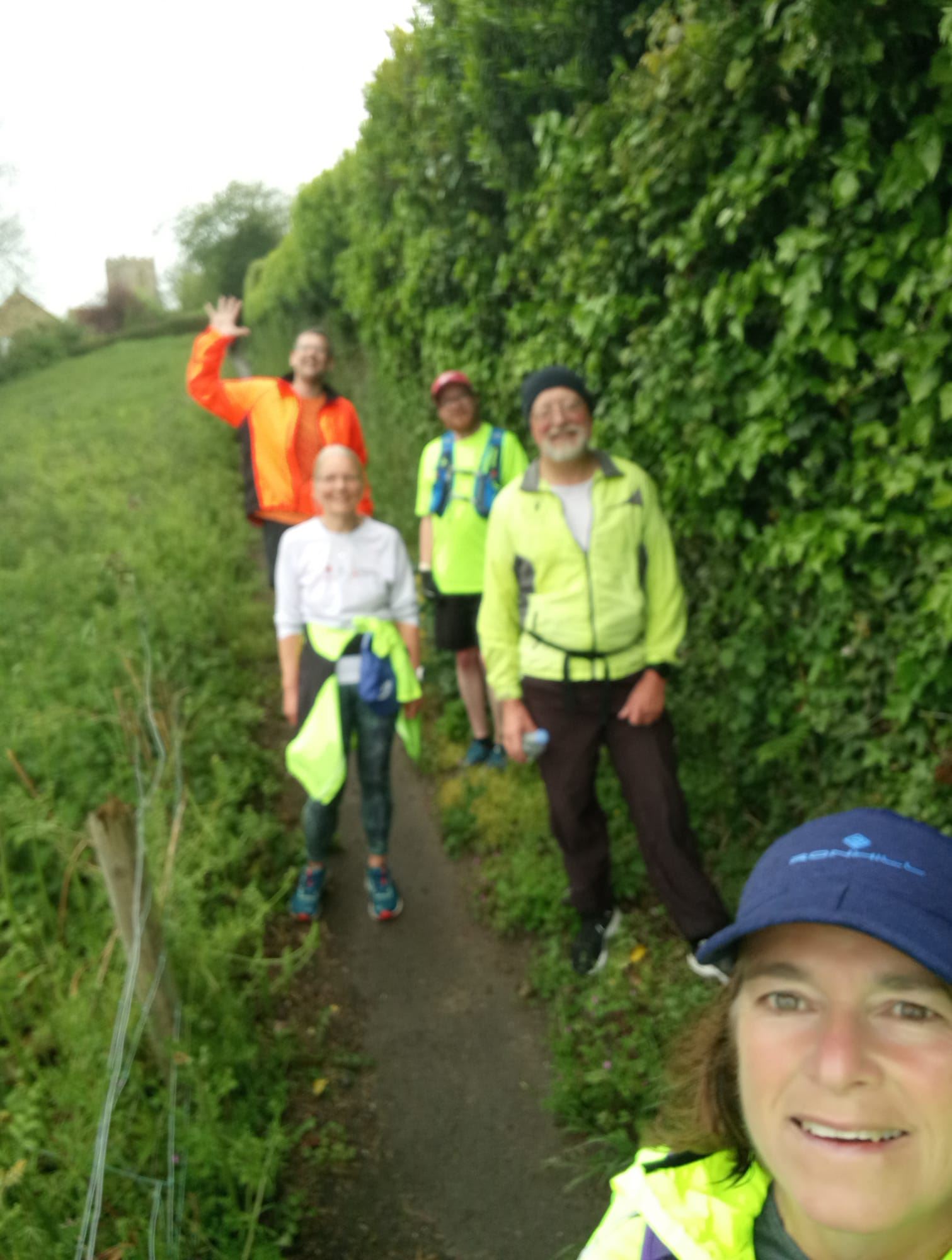 From Mags: Great run this morning but some of you need to practice your jumping, we went from Cavity Trays and tried to stay on the Trail to Montacute and then on up to Ham Hill, down to Little Norton then back up to Ham Hill and onto Ladies Walk and back to Montacute. 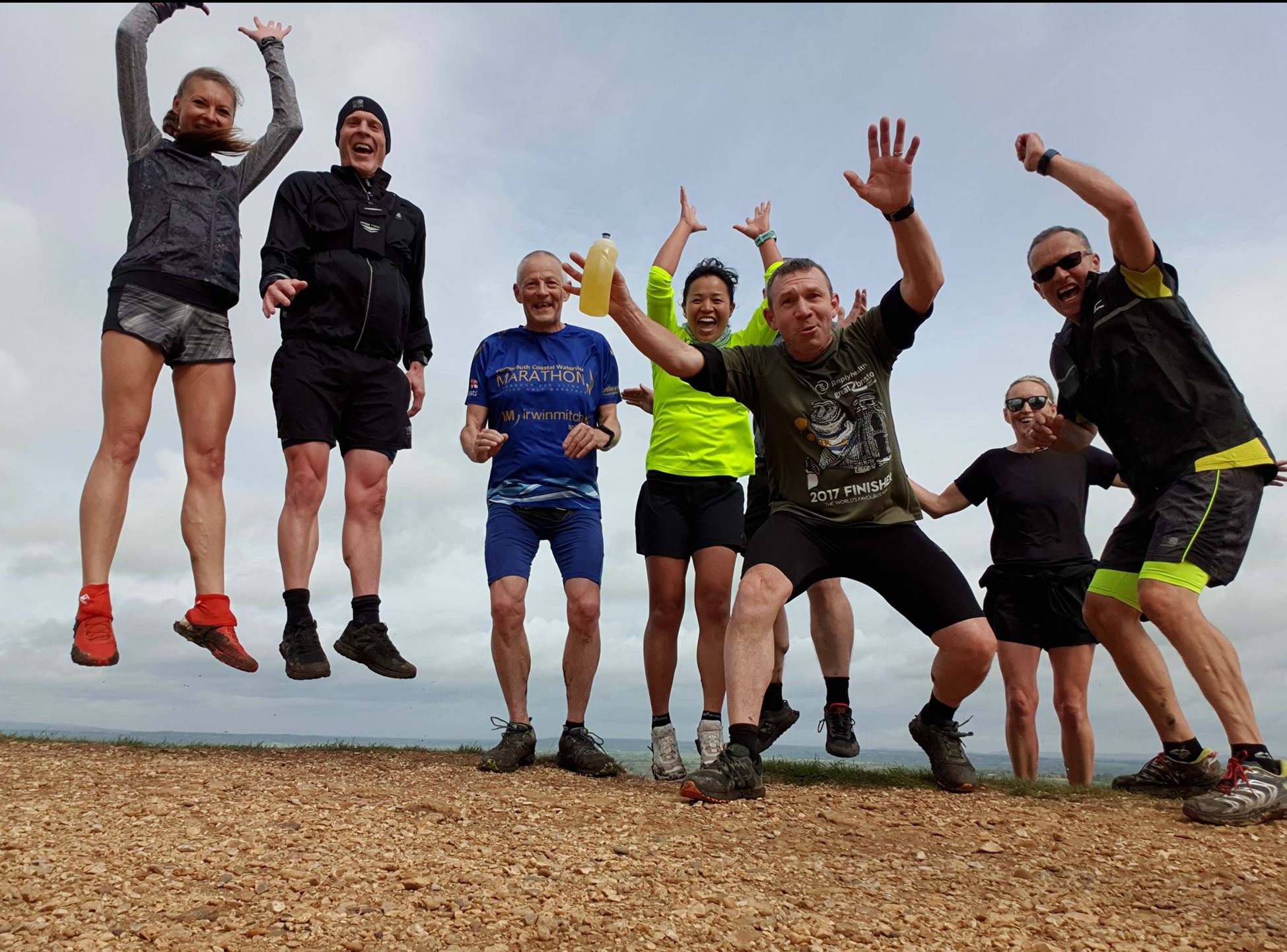 From Diane:  My first Not a Park run (I’m looking forward to doing an actual Park Run soon too) in super company, my fellow member of Tintinhull Trio, Katie Stokes, with her lovely hubby, Andrew, Lesley, Trev and Charles. Followed by a skinny latte, thanks Charles and lots of lovely chats. I will certainly be doing this again.

Much valued encouragement and motivation from L, T & K as always. I met several other lovely cool members too: Nat, Kelly, Bungy, obviously super Kev (wishing you loads of luck with that procedure ) and others. A perfect pre runner to shopping in Asda. Oh I do live well. Happy weekend to everyone x 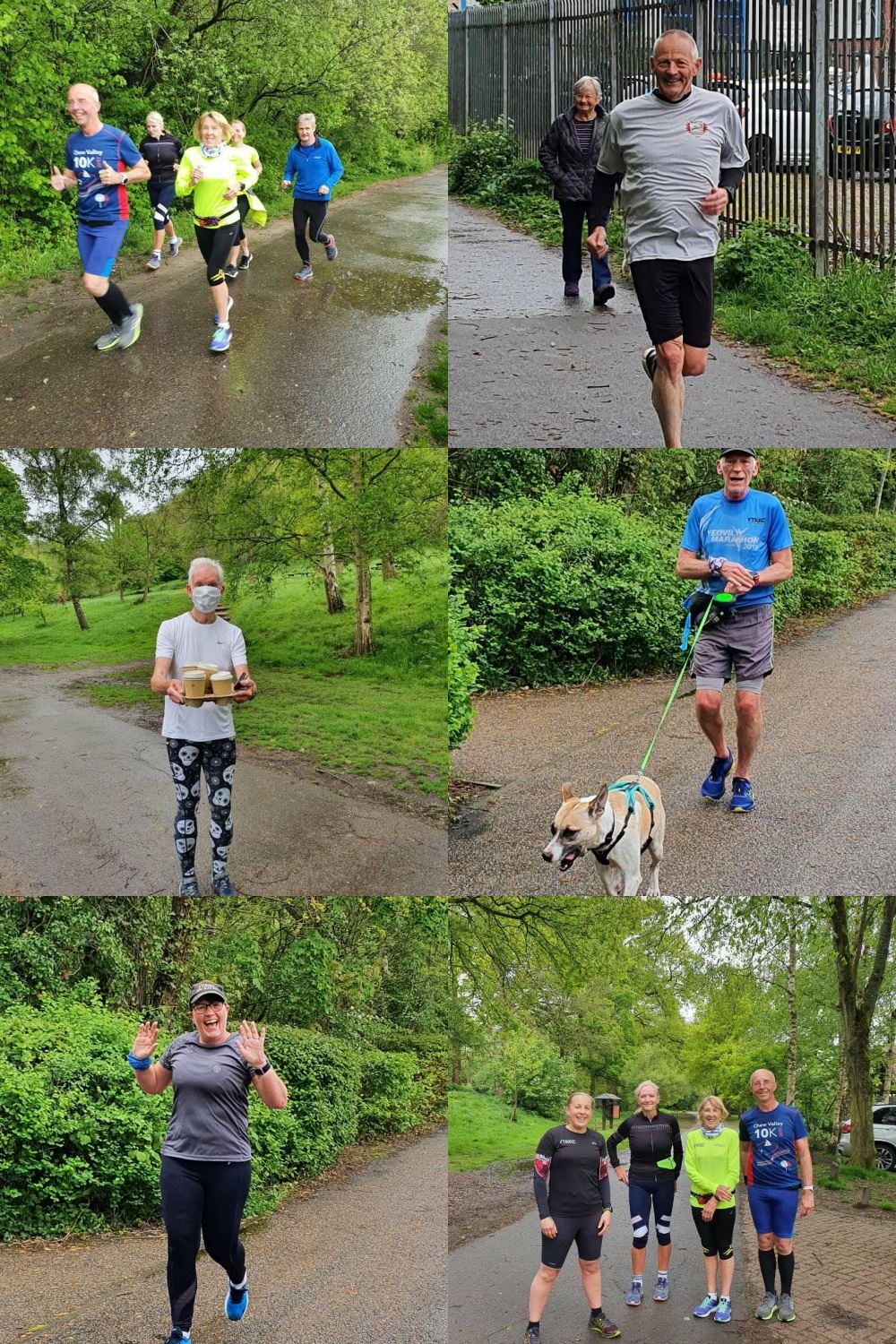 From Anita:  WSR Ox races, the first 22 miles with Lynne and Tara, but I've not done enough training for the full distance so strongly encouraged them to go on. I was very fortunate to team up with a lovely lady for my last lap and very happy with completing 31miles. #66 Good to see Denise Byrd and Daniel Stephen James McFarlane out there too. I know that Lynne Thumpston and Tara Rufus will storm the rest of the miles. 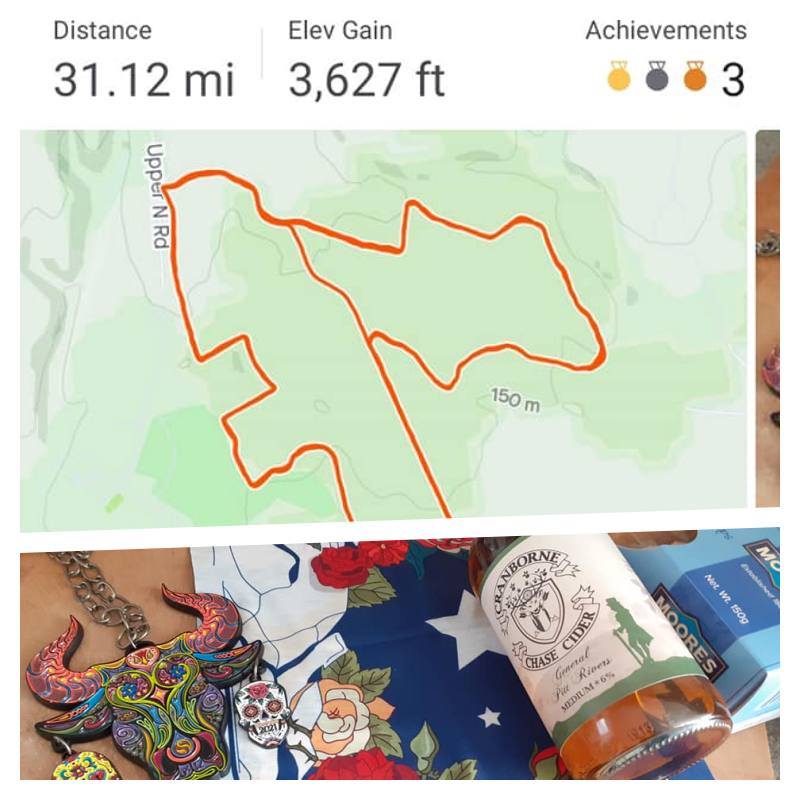 From Denise: My 1st half marathon in a long time .Run the ox frolic on the Rushmore Estate .The weather was good to us today no rain ..A little muddy in places ..A really beautiful part of the country a lovely one to run .Nice to see other Yeovil club members Lynne Thumpston Anita Farquhar Rufus Jc and Dan . 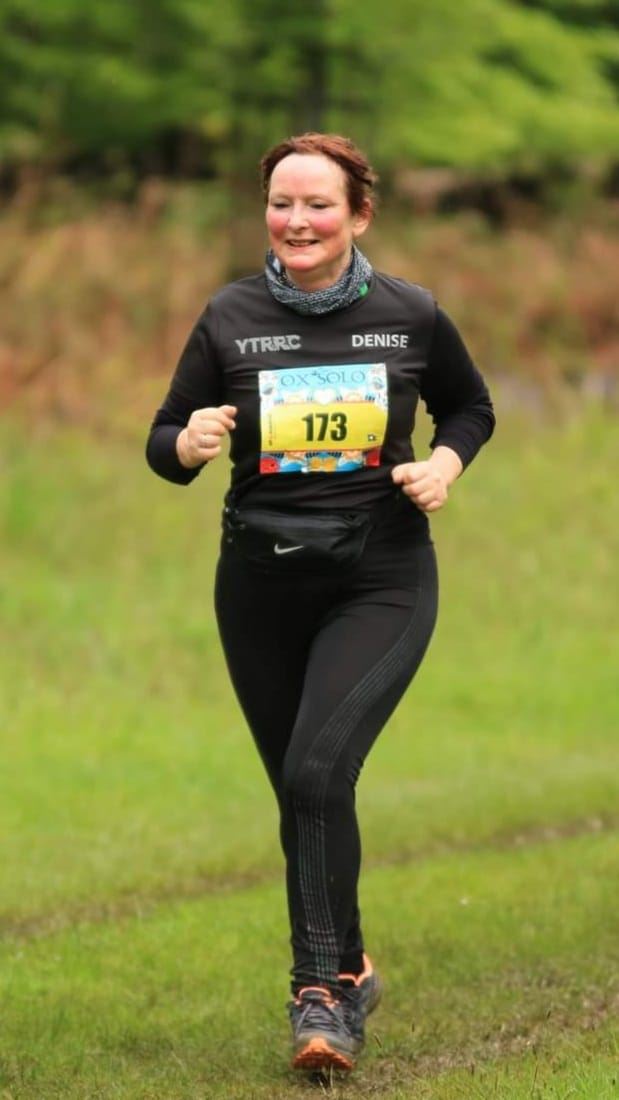 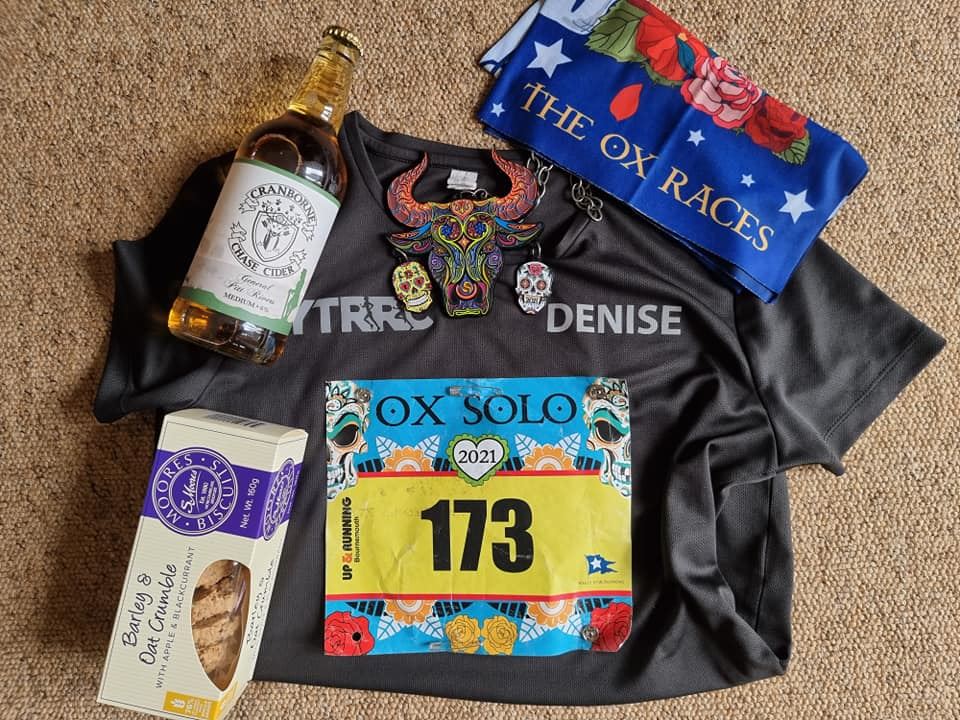 Tristram Clark is a non-mover at 100 miles

Sara Driver is over 200 ar Perranporth

Shaun Powell on 274 at Perranuthnoe

Natasha Turner on 326 at Pendennis Point

Nat Robins on 327 at Falmouth Docks

Martin Alderman on 337 at Pothscatho

Nichola Chesterton on 343 at the Roseland Coast

Claire Shucksmith on 365 at Carlyon Bay

Mel Cox on 377 at Lansallos Beach

Rachael Gosney on 380 at Polperro

Richard Clayton on 436 at Challaborough

Louise Ward on 437 at Bigbury-on-Sea

Anita Garrett on 448 at Salcombe

Adam Hawkins on 453 at West Prawle

Sue Mallinson on 473 at Kingswear, Dartmouth

Linda Membury on 487 at Goodrington (...rhubarb was lovely )

Marie Lockwood on 500 at Border Cove near Teignmouth

Sandra Levett on 505 at Holcombe, Dawlish

Kate Gowers on 517.63 at Budleigh Salterton

Mark Copping on 533 at Seaton

Paul Thomas on 563 at Abbotsbury Swannery

So everyone is doing fantastically, and if you're not, you need to get out there! Its not THAT cold and wet, and I'm sure you'll love it...unless you're injured, in which case I sympathise and hope its only something small and we'll see you back soon...or if you've lost your mojo, hopefully it's tucked under the bed and you'll be enjoying running again soon...or maybe its something else entirely, in which case I suggest new trainers, that always helps!

Hope you can all make progress in the coming week

From Donna:  No new finishers this week but some are very close.