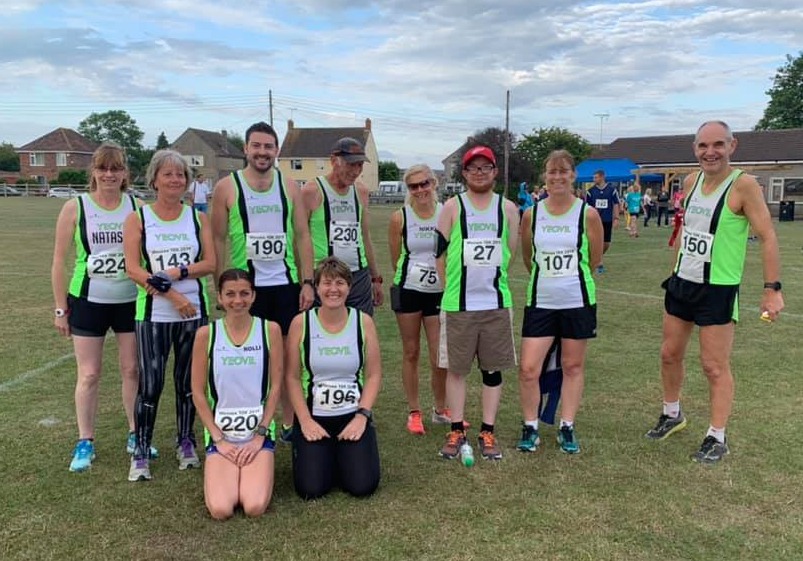 This week we are at Goldenstones 6th Aug.

From Kev: Just the lonely duo myself and Steve Lye ventured into the deep depths of Dorset for the Annual Dorset Doddlers Stur Half. Cool and overcast and looking great with a gentle breeze and we collected race numbers. This is a well-established event now and forms part of the Bournemouth AC Championship so so fast runners were there today. The School host the event/parking with a 5k also and food stalls etc.
Little warm-up was the walk to the Town center Start ... we looked around and it appeared we were only YTRRC in attendance. This is a Road/Lanes Half through beautiful rolling hills of Dorset... it was actually really warm and humid ... must have been 6 water stations, Great Marshalls, fully supportive throughout. Steve Lye did a solid 1:33 on this rather undulating course... only to be disappointed.. " I've got a bit of Hayfever" & " my legs are not recovered from Mountaineering " blah blah 😁.. Steve is getting old... but he did great to be honest .. he will back to sub 1:30 soon enough.
I'm doing Maffeton ( low heart rate) training and very pleased to do sub 2 hours ( 1:58:50)
With an average Heart rate of 126bpm. Lovely local half .. £12.00 no bling. 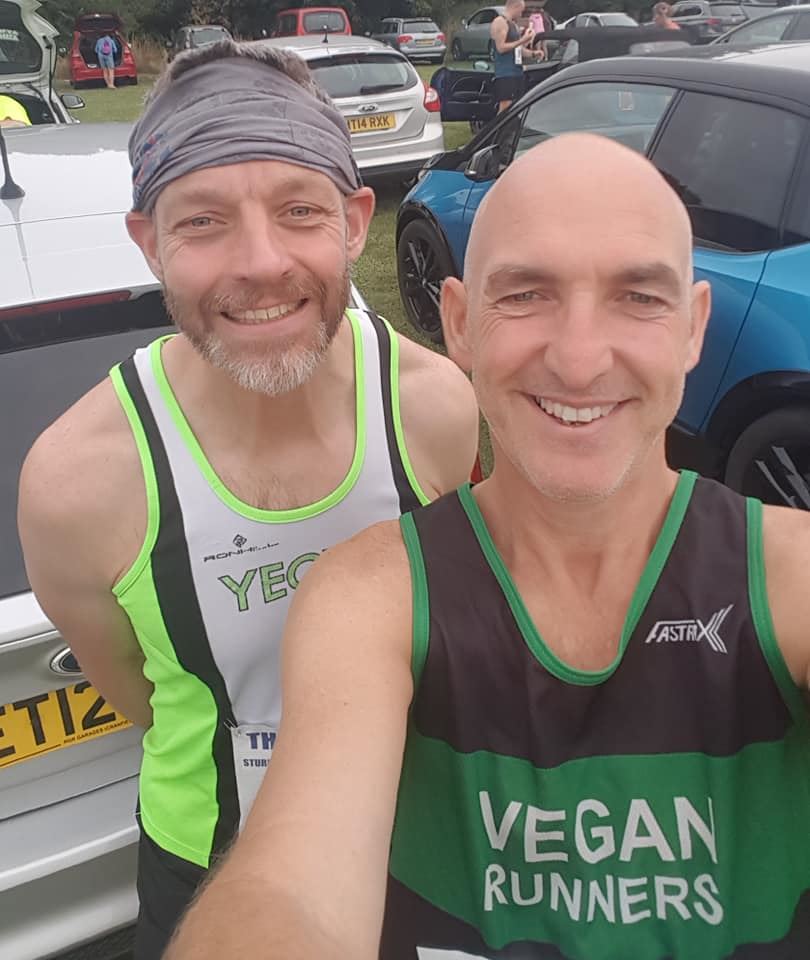 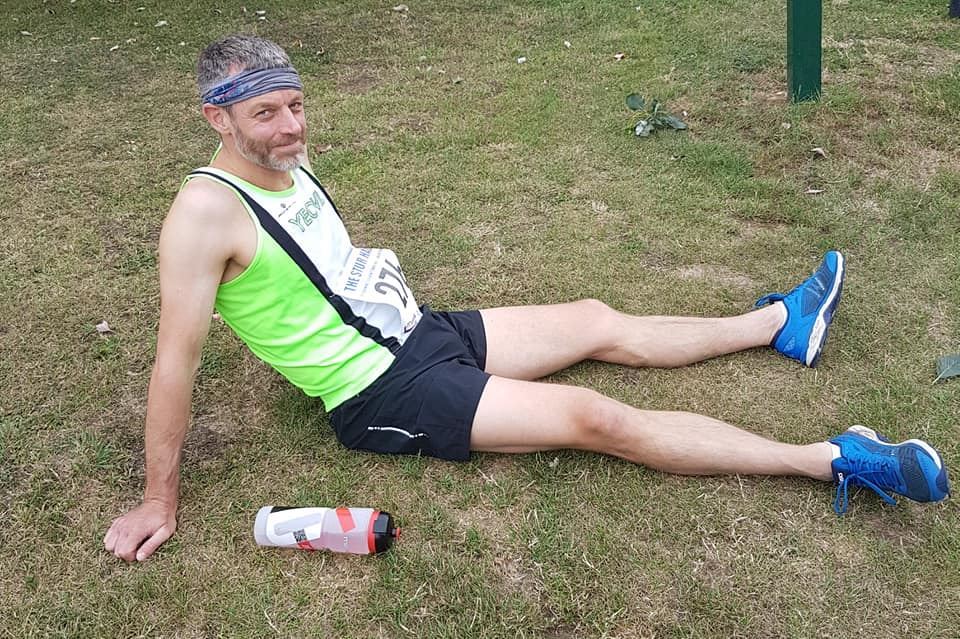 Just so you can add this to your busy schedules the Awards Night is on the 29th November and the cost is £25 for Members and £30 for guests. The Event will be on the website hopefully next week to send your choice of menu and also pay by Pay Pal. If you do not like using Pay Pal you can also pay by Cash, Cheque, and BACS. Email me for the Clubs Account Number. The menu can be seen here.   There will also be a form to complete to vote for the Awards Night. I will post last year's results on the next Blog.

Hi All, Just to say thanks to all that read the Blog it does take a bit of time on a Sunday after all the weekend Races have been completed. Normally I can pick articles up from the post's but it seems that the well-attended Races with loads of Club members that I have to ask for it as most seem to think that someone else will do a write-up. Even if I get more than one I will add both,  don't worry about the spelling as I have an App running that highlights any grammar and spelling, the only drawback is that its Americain. I try to add photographs of runners that I have not used before so it's not the same Club Members every week.

If you want me to add something then message or email me.

Good Afternoon, Hope you are doing well? The new August club code is BSY1 Valid until 2nd September. Have a great month and enjoy your training!

From Adam: Shave Cross 5 mile 'Mini- Marathon' last night. Hilly! 2 laps of a large undulating field then next two-thirds of the race uphill, Last part mainly downhill! Small low-key event but enjoyable - hog roast, bar etc. Met up with ex YTRRC member Dicky Wythe. Corinne and I both won trophies - for being the oldest male and female!!!! We also won a full chicken dinner in the raffle! 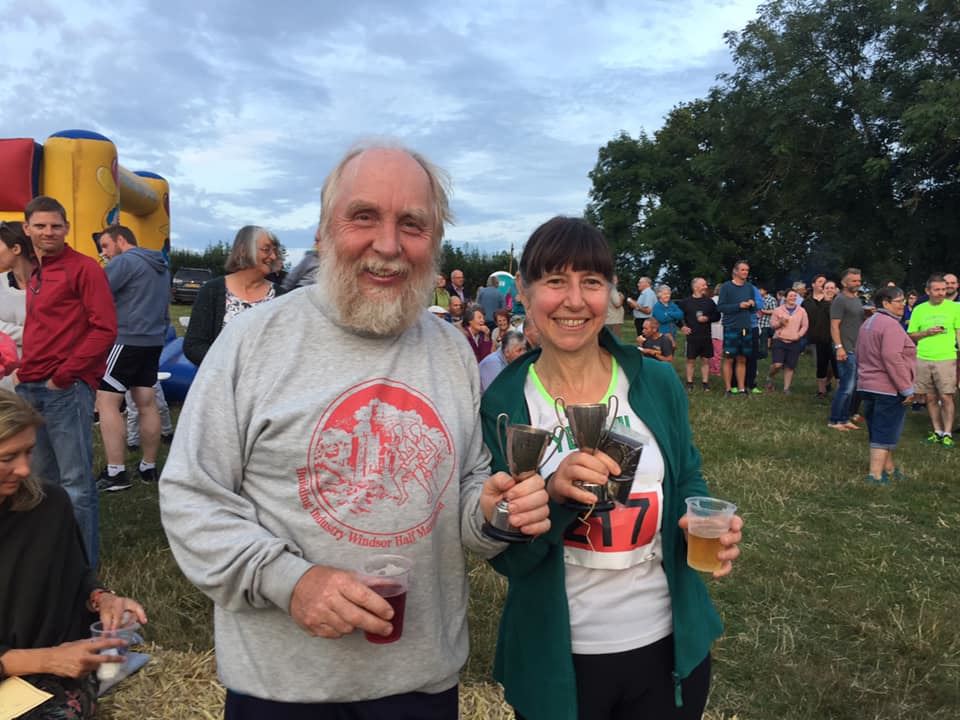 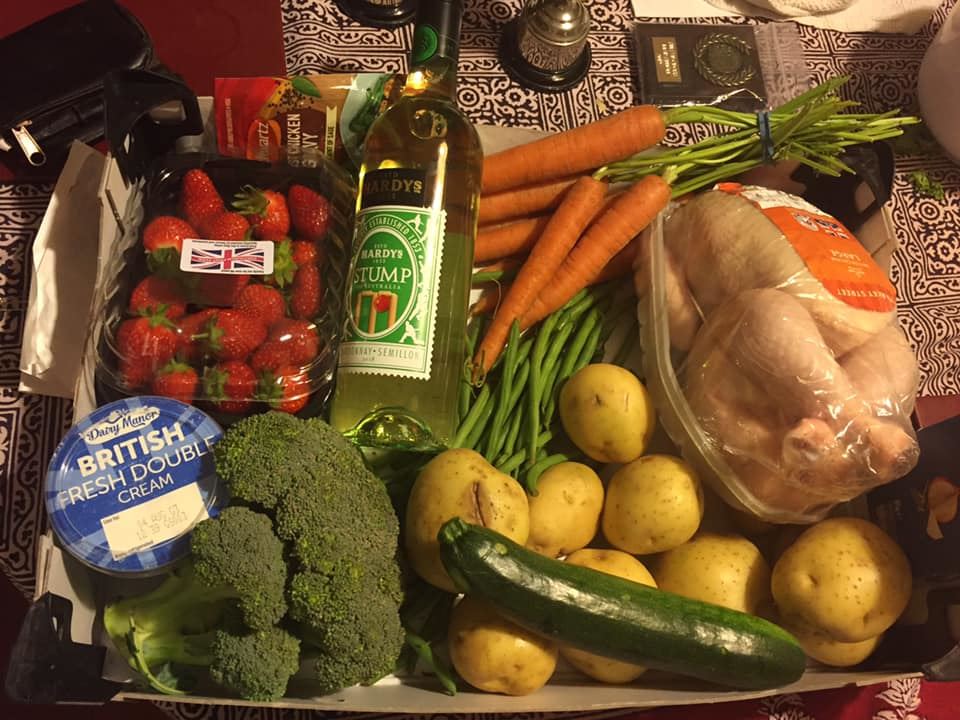 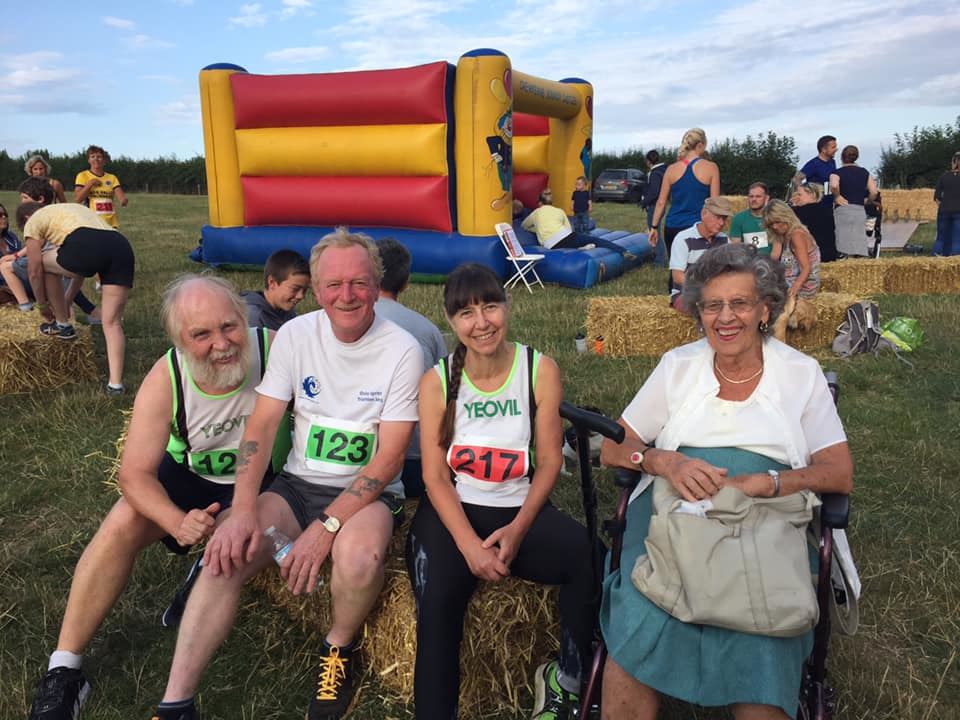 From Donna: There were about 10 of us from the club who started off from Somerton Rec. We proceeded to go down a hill where the traffic was managed. We went out on to a fairly flat field, water and jelly babies were provided at 5k mark. On way back we had to run up a long hill, our group captain Graham Still was there to encourage us to the end. Cloudy but still a warm evening, good race. 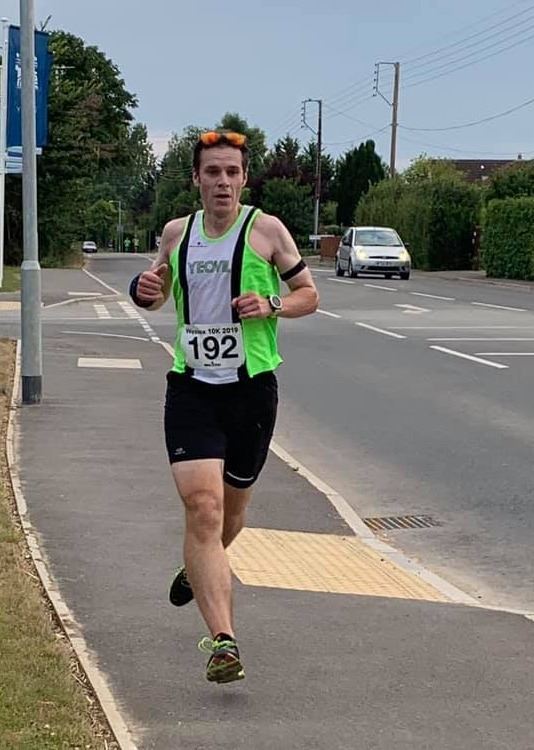 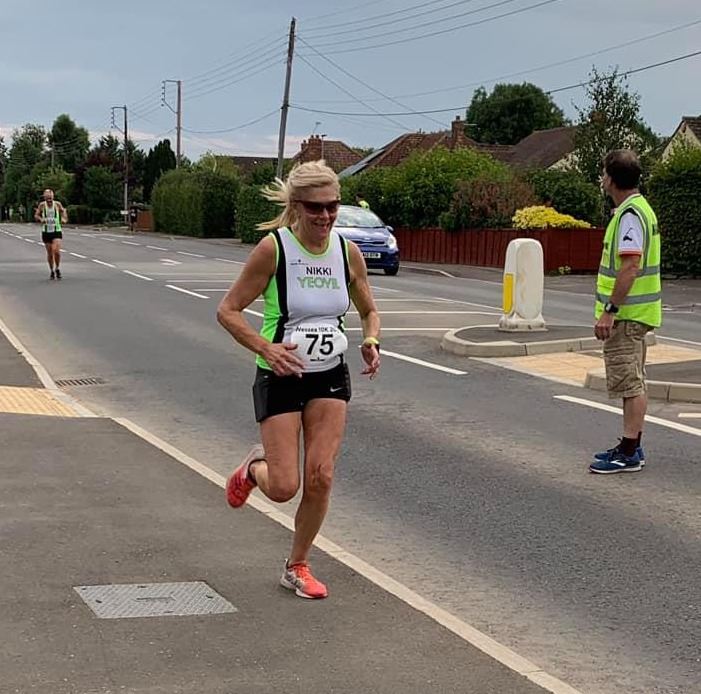 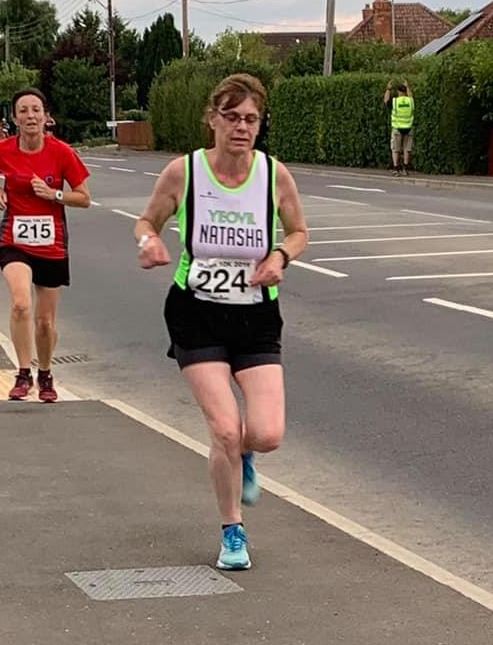 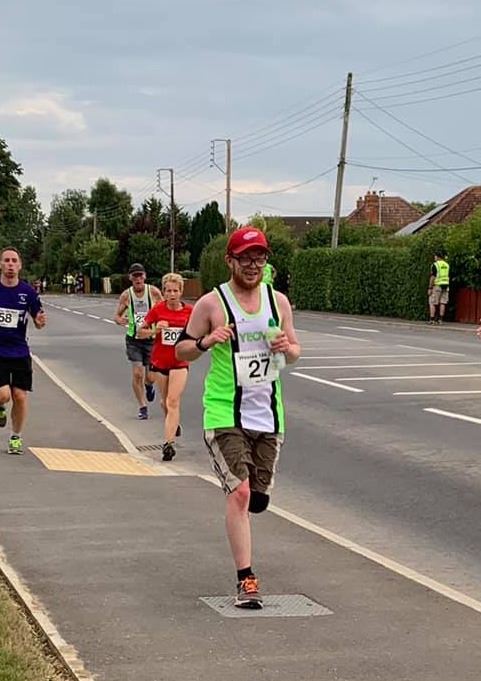 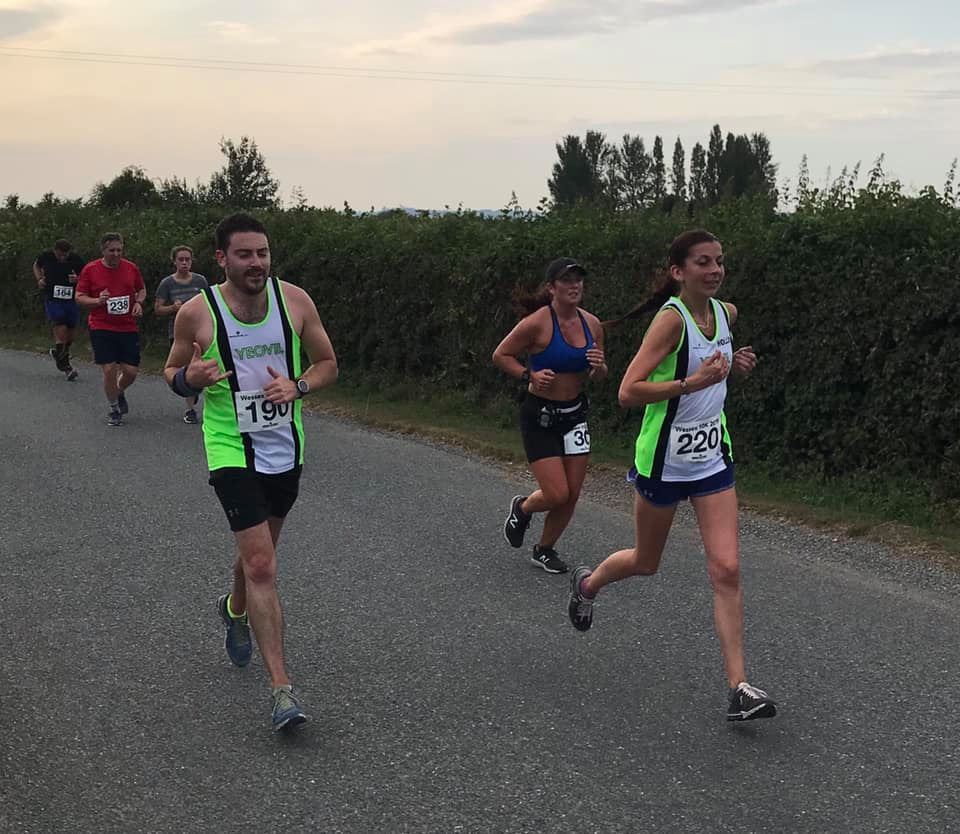 From Lesley: Torbay Velopark parkrun completed this morning in our Yeovil vests. Nice flat course around the track twice and the field once. 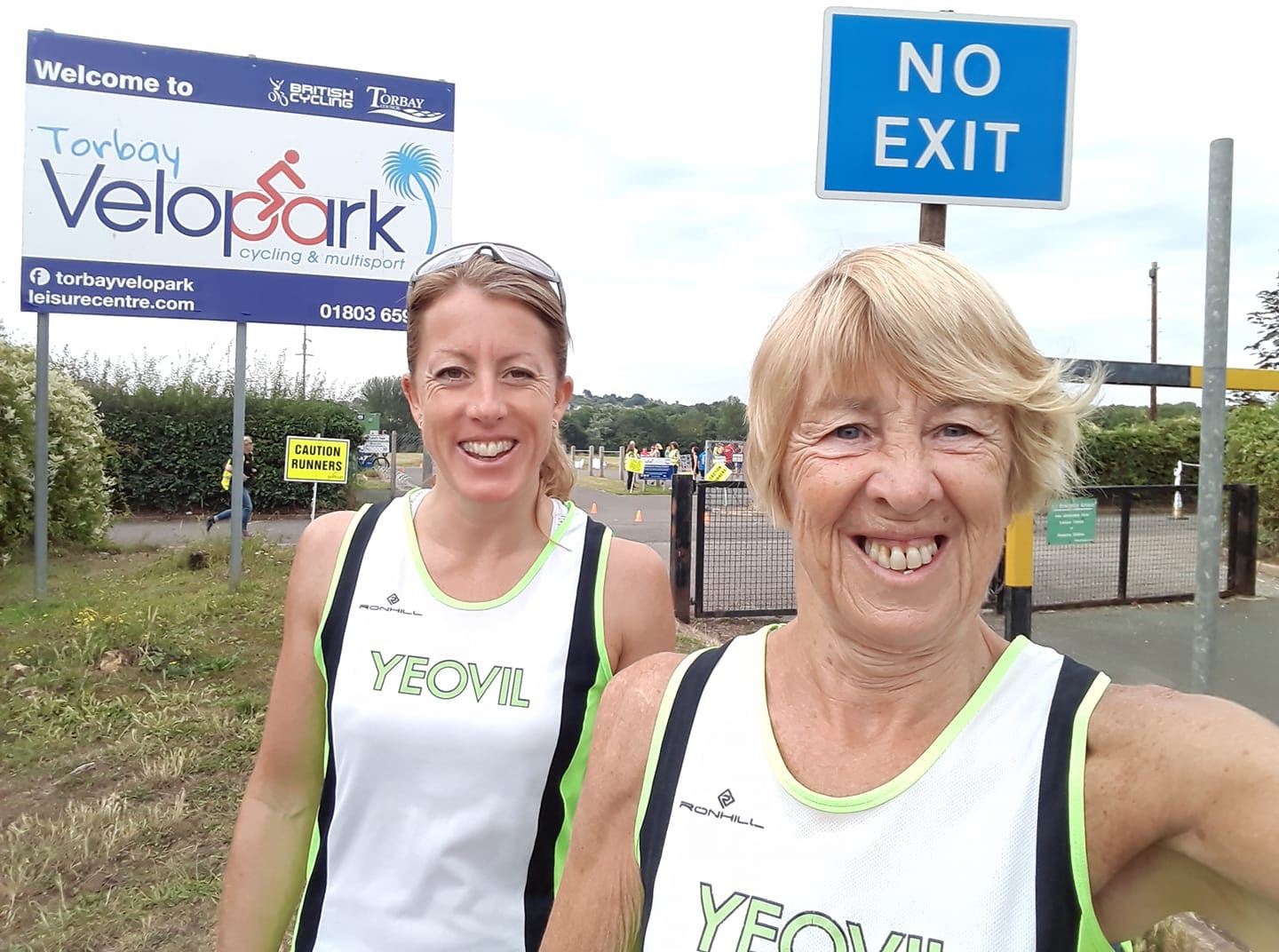 Montacute Parkrun and a great turn out in Club Colours.

Holli organised, and planned the Pub Run tonight, and led the main group. On another warm summer’s evening, we ran off down the lane, and just past the church turned left to run off-road. From memory, this bit was entirely new to me. We ran across fields, and before reaching Rimpton, we turned left and ran up to Roe lane, which starts as a track. While coming into Rimpton, and running a loop round the village we lost Brian. We continued down a lane which became a path along a stream and then across fields. Some of the cows became excitable. A level crossing took us across the railway line. Across another field, we reached a track. Turning right, the track continued and took us to the church at Marston Magna. We headed back along the lane, and at the junction turned right to run back into Rimpton. At the edge of the village, we turned left to run off-road again. We ran around the edges of barley fields, with fantastic views of Corton Ridge in the distance. One field had those large cylinder bales of hay and a Buzzard casually perched on top of one. If only I had had my camera. We came out onto the lane and slogged back to the village. It must have been about 7 miles. Thanks to Holli for a great Pub Run. After the meal, we shared Steve’s birthday cake. 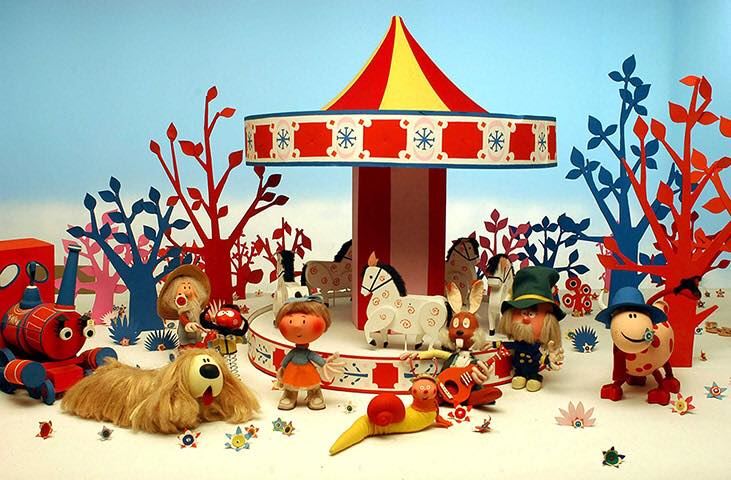 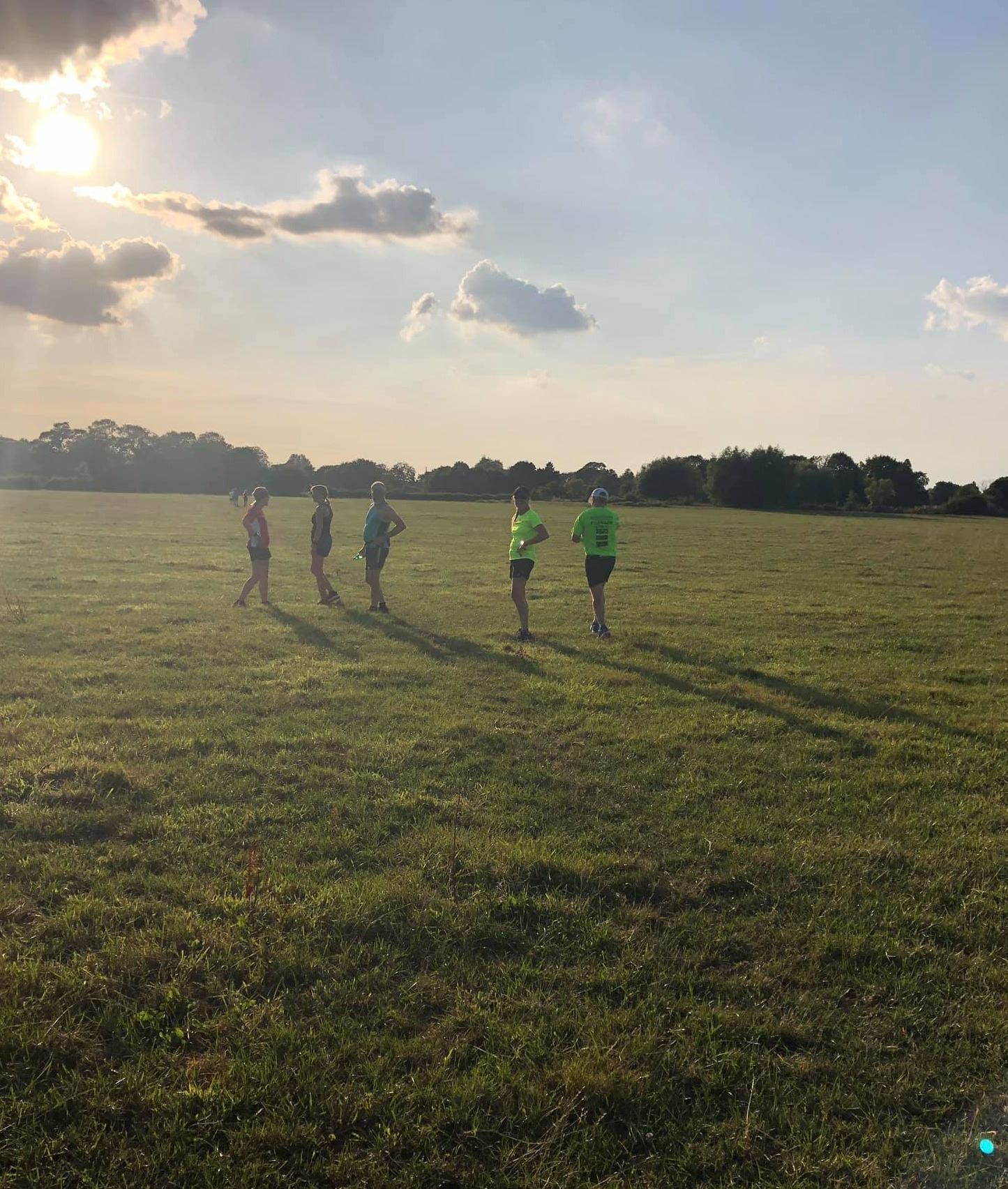