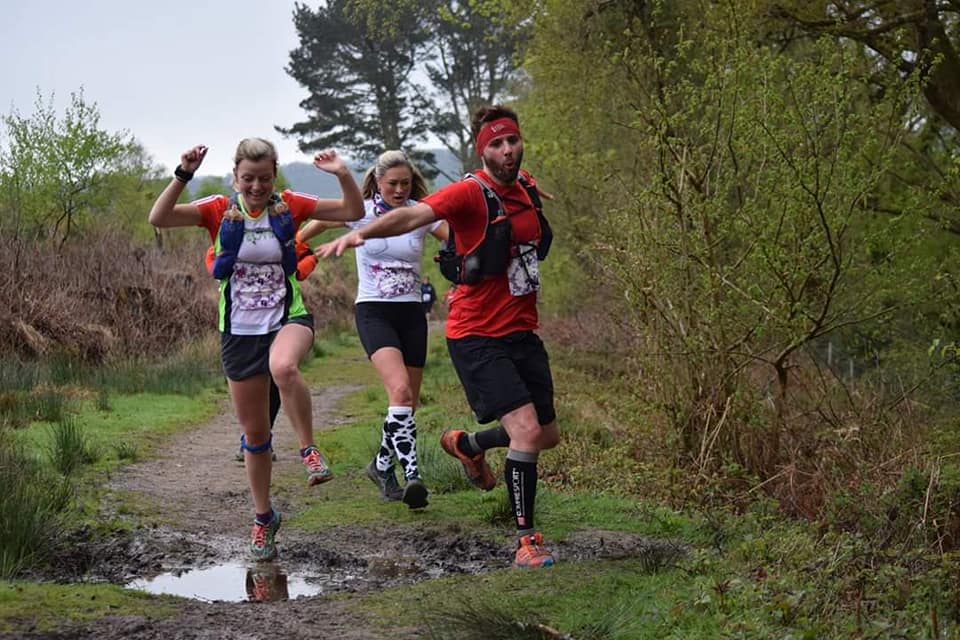 Not sure about others but I am getting out every day (so far) trying to find the best time and route where to go to see less people, however seeing what shapes you can make is the next best thing, so far Linda is out in front.

You know you are getting bored with the same old route, so I decided to do a LINDA route...can you see it?

From Lesley: Lockdown Week 2. Helen & I have been out for several runs during the week. Tony, Helen & I did our Household Virtual parkrun on Saturday. Today was long run day, 12 miles from home taking in Riverside Walk and then the Trent/Mudford loop. Earlier in the week we incorporated our run with collecting our YHM medals and beaker, having run the Virtual Half marathon last week. Joe Wicks has been a regular this week plus a few other online classes - pilates, stretch, yoga fitness, barre (some of these are Debbie's 10 min coffee time sessions which are extremely good and get you into a good mood) and Helen has been doing body balance. 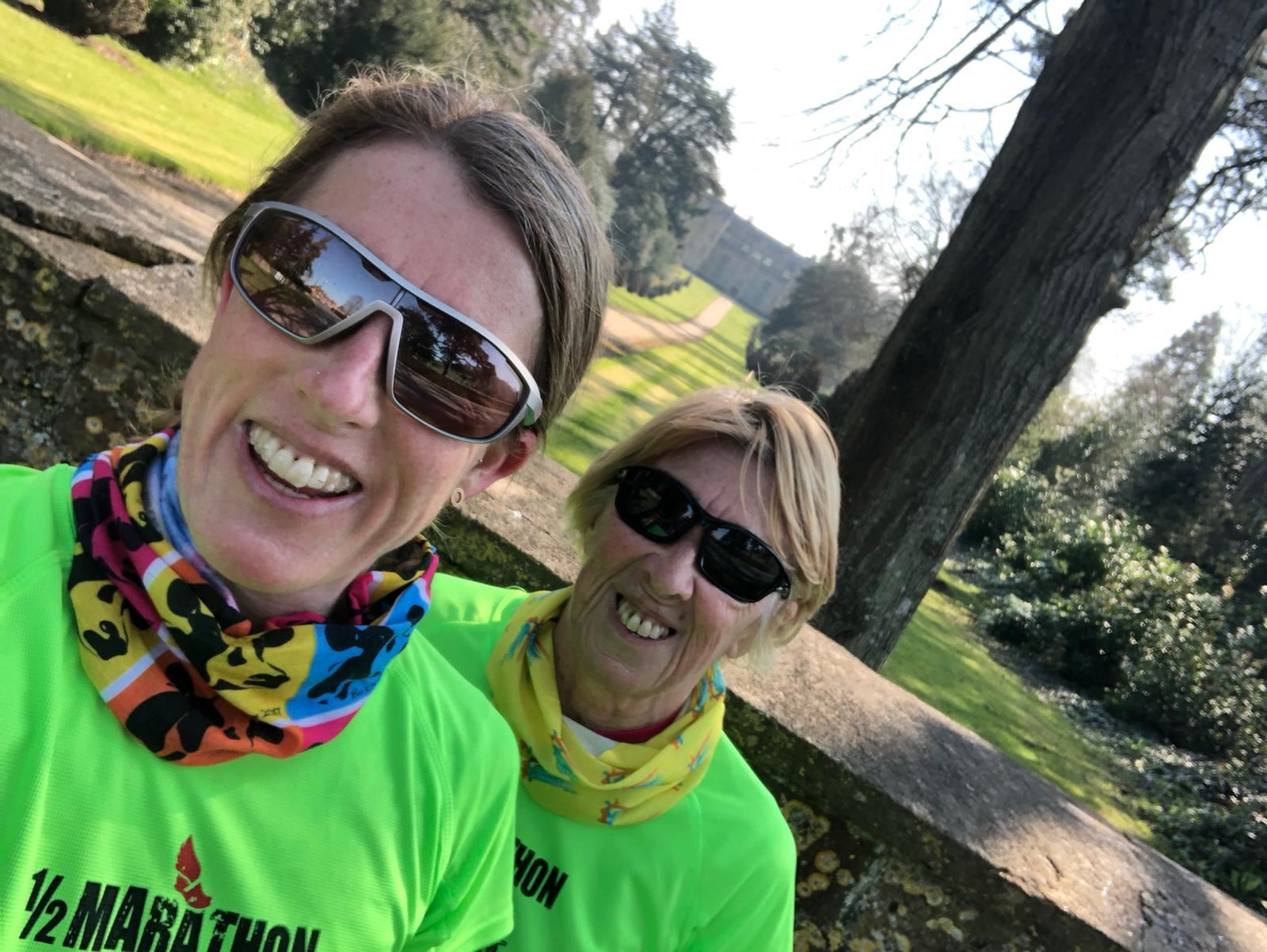 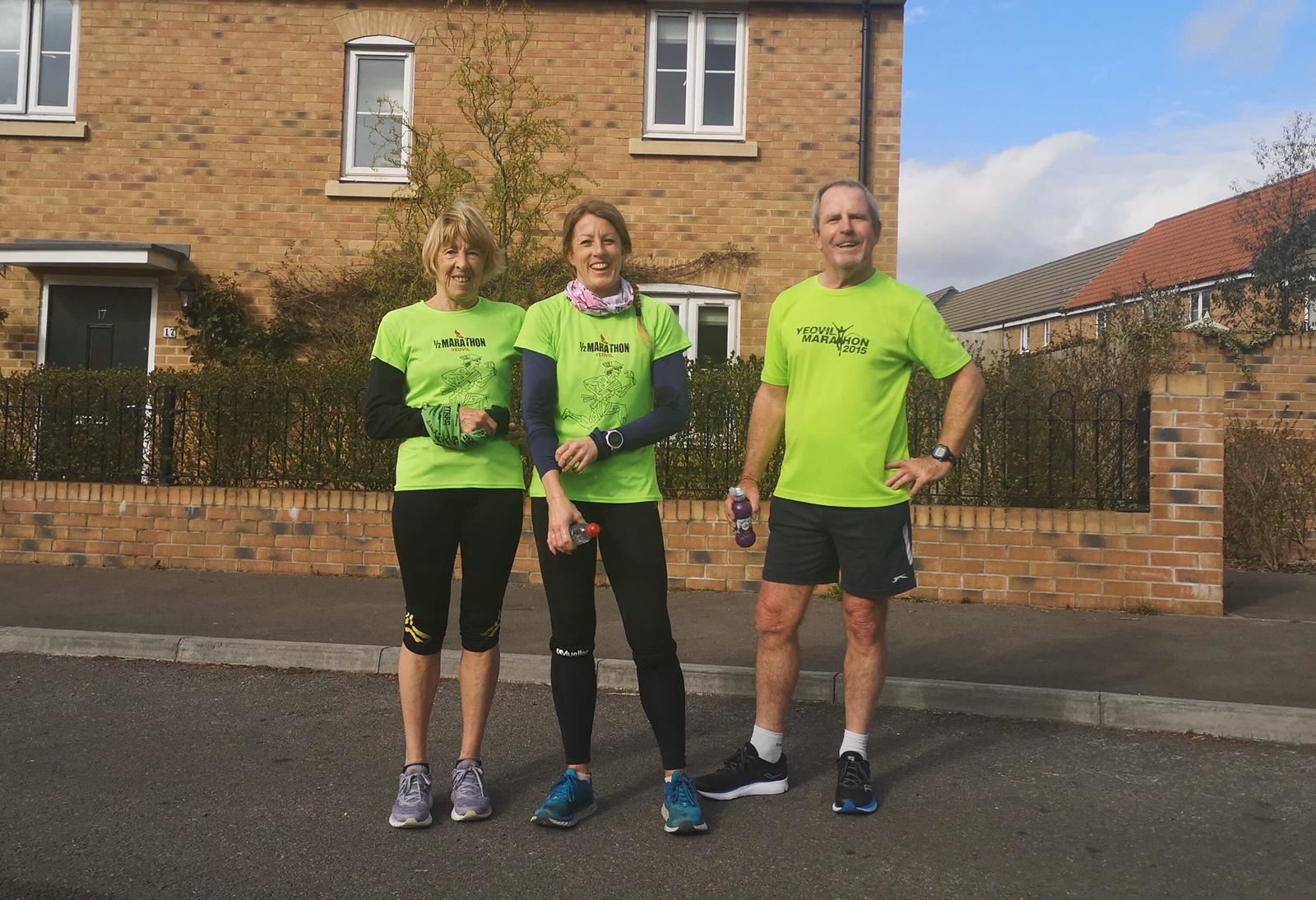 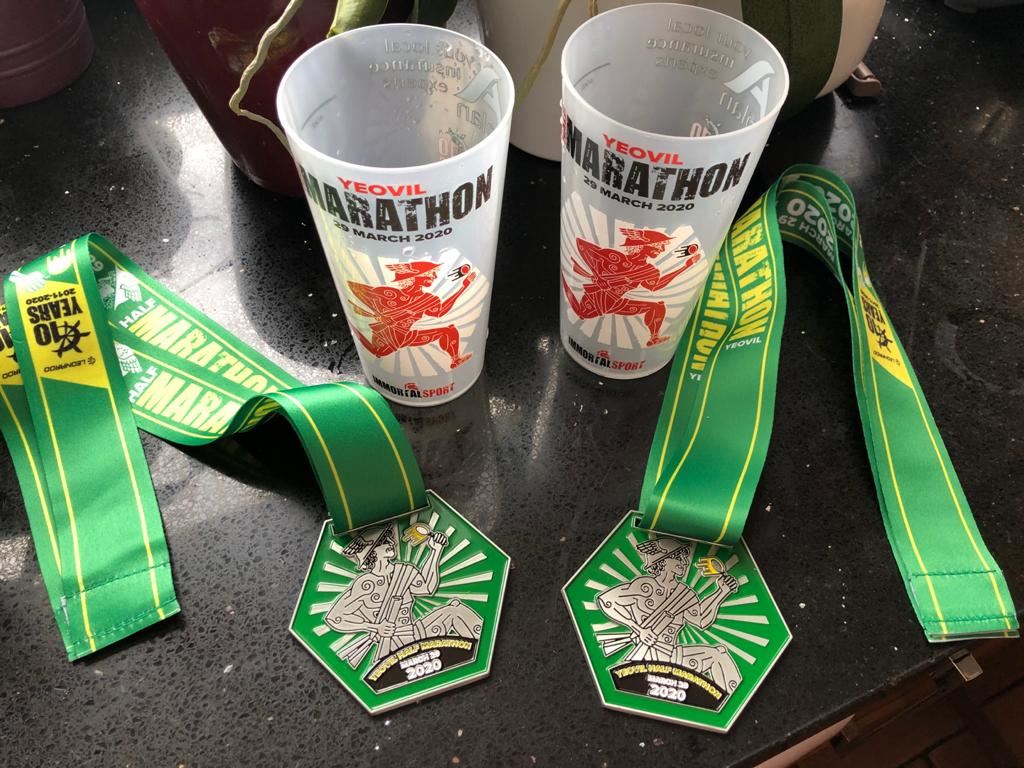 Steve Lye: Club virtual 10k solo run done - empty lanes and just the birds and my thoughts for company. Not the same without you guys! 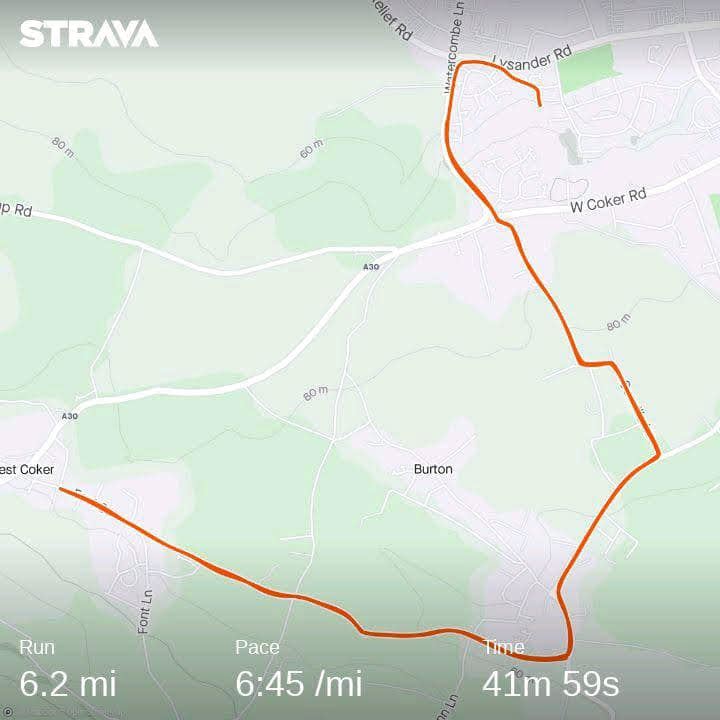 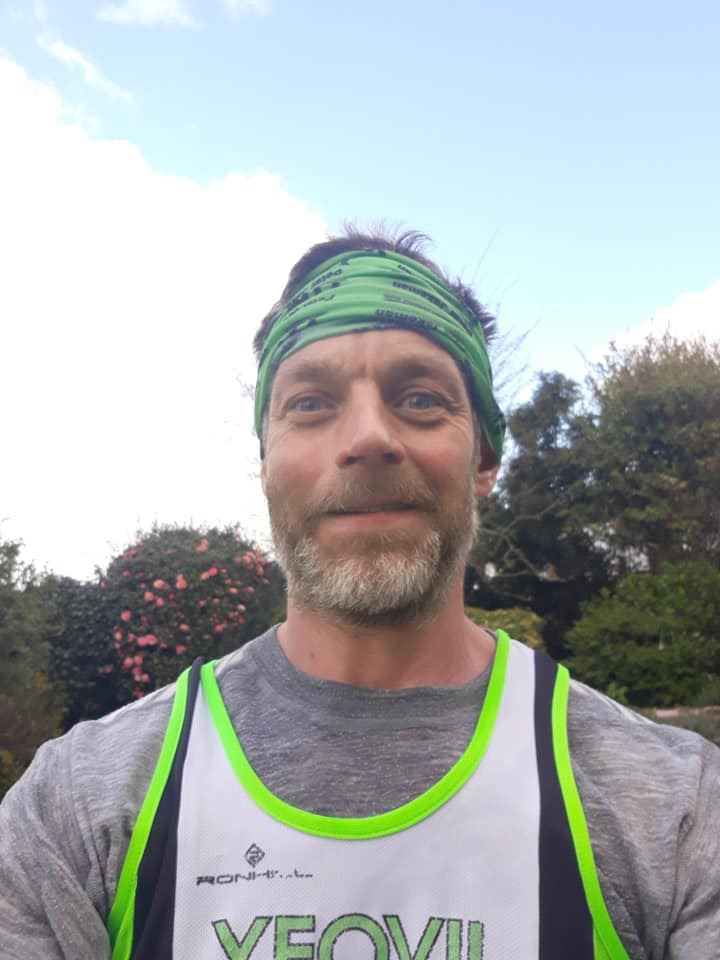 Jeanette Vincent: Was lovely to have a run with a purpose other than my enjoyment... Donation made looking forward to the next one... 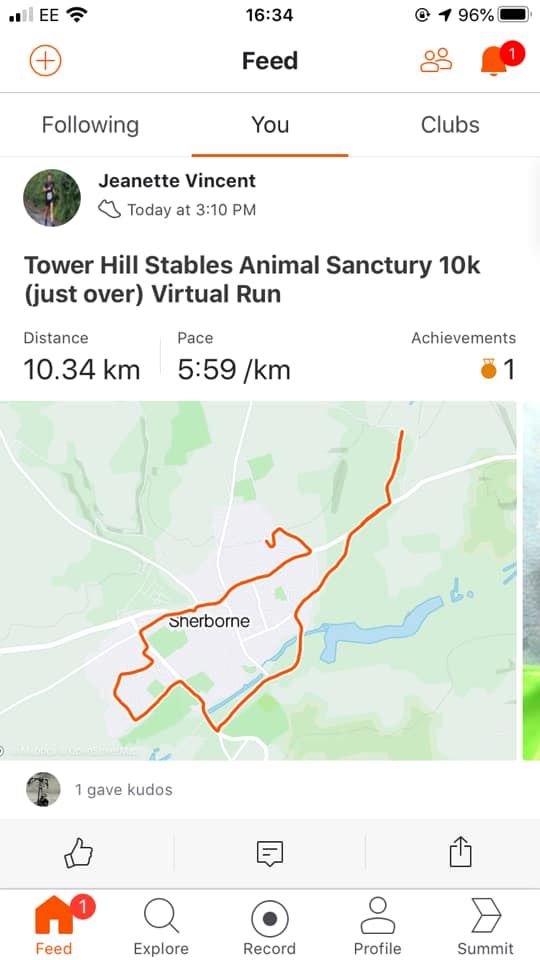 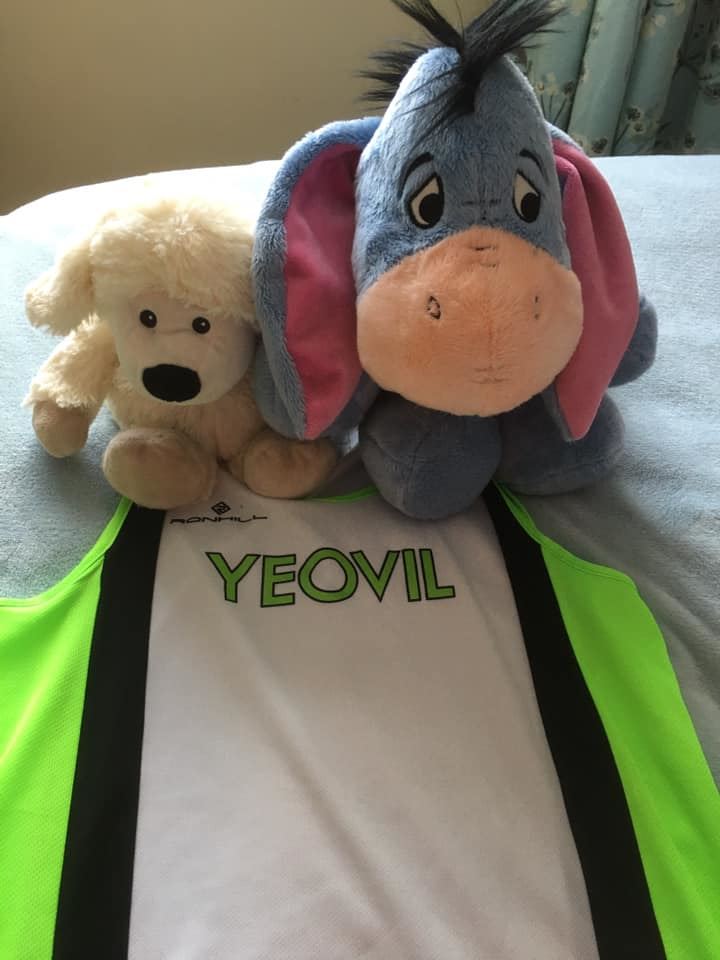 From Paula: 10k done this afternoon. A lovely day for it. Embarrassingly slow but those hills 😬
I donated to a food bank in the town where I work in Mexico- many people out of work due to the lockdown and no government hand outs ☹️
Thanks Kevin Dohertyfor providing the motivation to get out and do it after a s**tty week 👍 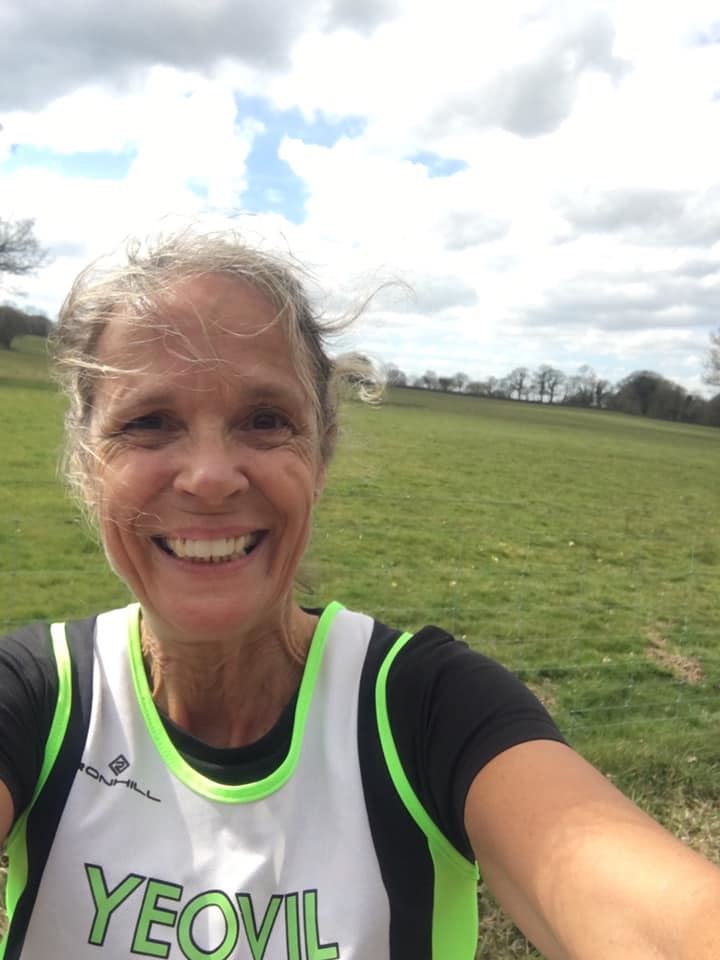 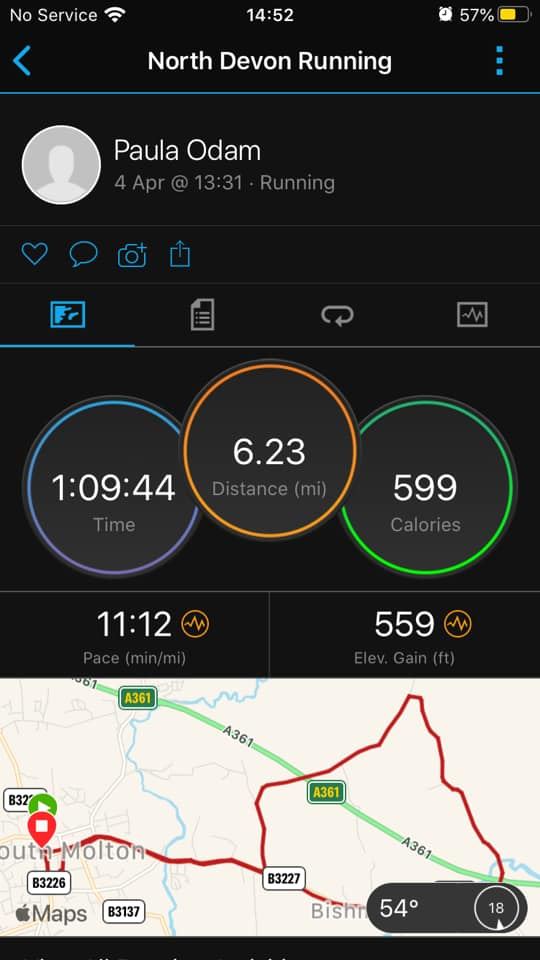 From Me:  Boris Run Ten and a Virtual 10k, fastest 5k this year as well, never seen so many walkers and cyclists on the Lufton Loop before, don't they know it's runners only... 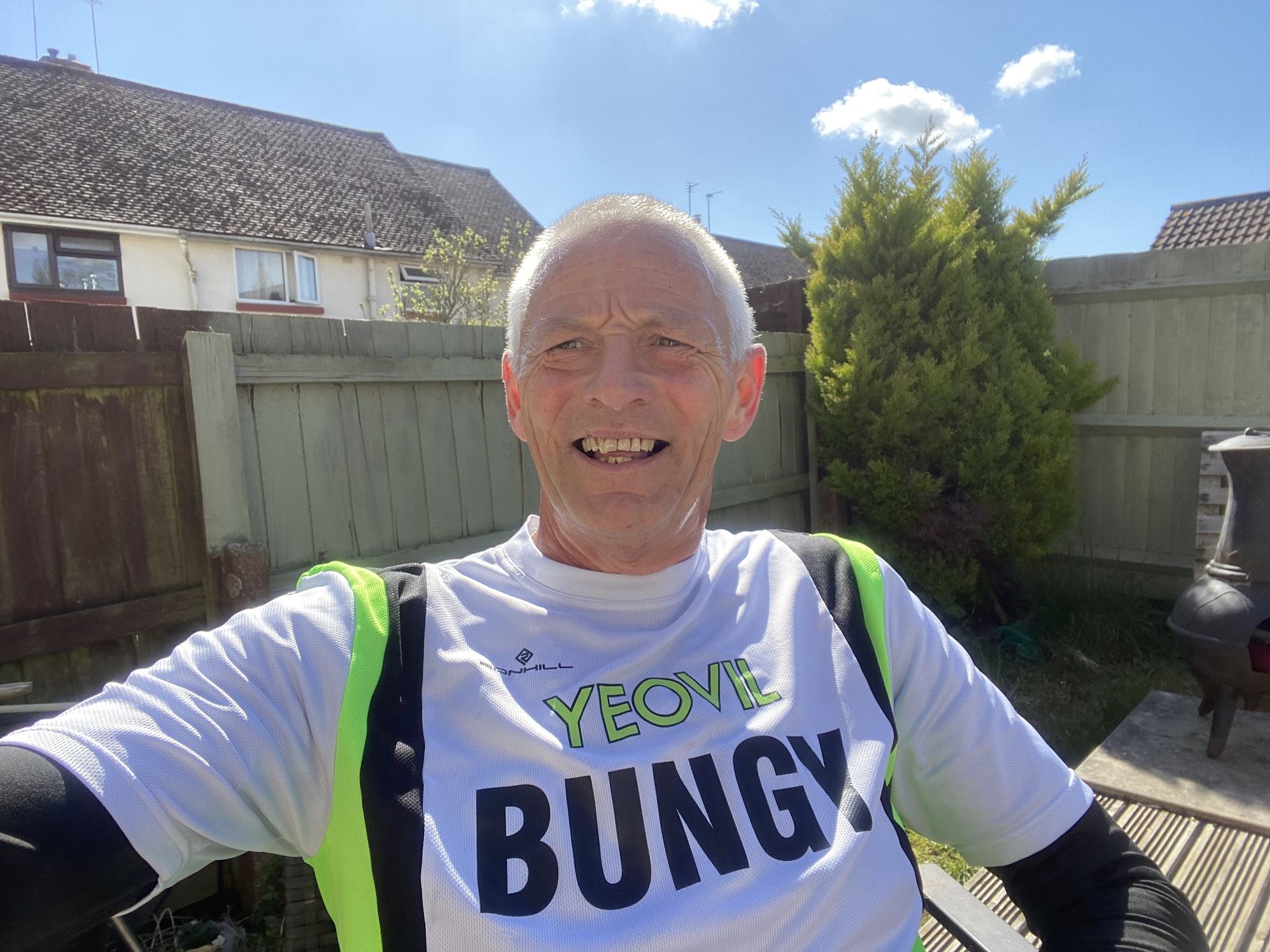 Race Report 10k By Fran: Beautiful sunny afternoon I set off imagining I was trying to keep up with Andy Farrant and Jax but as is usual they were soon way ahead and before I knew it I had started to plan dinner in my head and lost a bit of race focus which I managed to recover at 7k and maintained pace up a hilly finish. 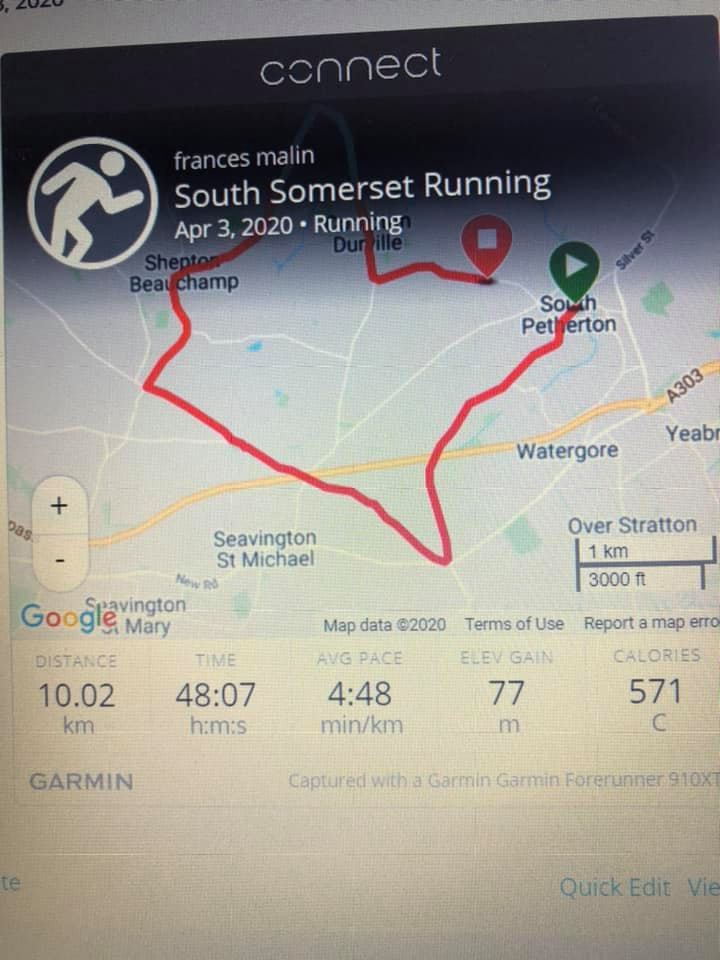 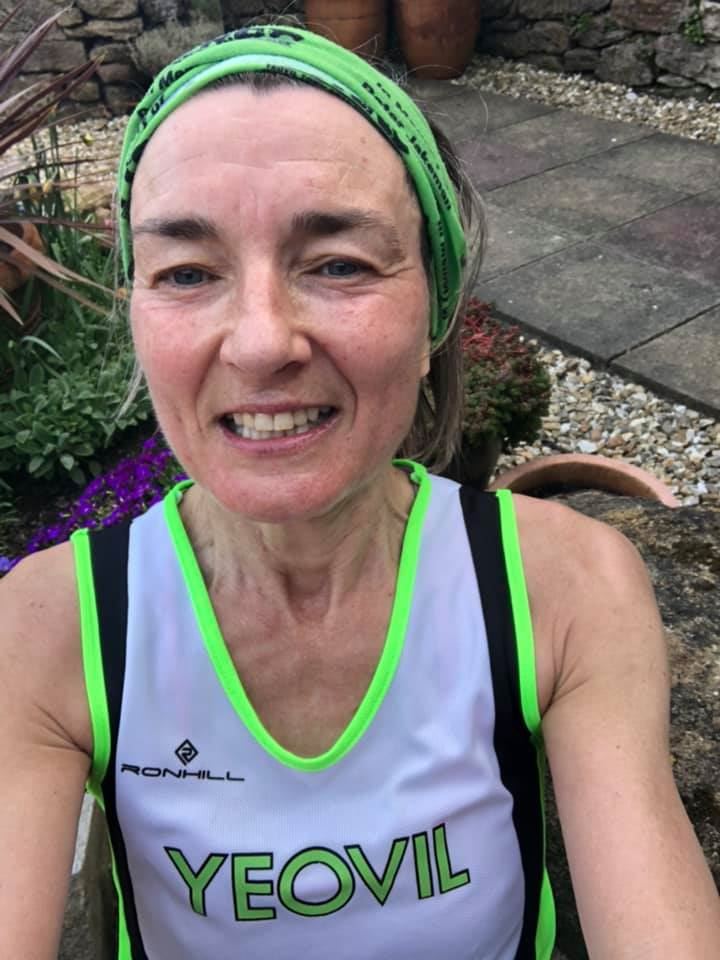 From Malcolm: A little while ago I was told that I had qualified for a place in the English Masters 7-74 age group team for a race against the Celtic Nations, which was incorporated in the Fleet half marathon that was to be held on 15th March. I thought I would bring you up to date about what has happened. The Friday night before the race I received an email telling me that the race would definitely take place. The next morning I packed the car to go to Fleet and was just about to leave when I received another email to say the race had been postponed! I was disappointed but not surprised as almost all other races were cancelled that weekend due to Coronavirus but I felt it was a little late in the day. Despite that I put on my England kit, Lesley took some photographs and I did two laps of the garden!!

Since then the Fleet half marathon has been cancelled for 2020. However, the race against the Celtic nations will take place as part of the Fleet half marathon in 2021 and I will automatically have a place in the team without the need for further qualification. All I have to do is keep fit and not get injured in the next twelve months, avoid the Coronavirus and keep my weight constant so the kit will still fit in a years time!

I look forward to meeting up with club members when we are all out of lock down but in the meantime please look after yourselves, stay safe and enjoy some solitary training runs round the lovely deserted lanes of Somerset and Dorset.

From Adam: YTRRC affiliations. Yesterday I processed 119 club individual memberships on the EA site plus our club affilation. These will become valid once our wonderful treasurer has paid the invoice. There are also 16 members who have joined the club since Christmas so their EA memberships role over.

I plan to process further affiliations next Monday for any other members who renew by then. If you have renewed by bank transfer or standing order please let me know. If you are unable or unwilling to renew through the website using paypal you can still pay through me by cheque or cash. [£30 first claim]

Hi guys. So I didn't get to say bye to my favourite runners and that feels pretty pants.

When I moved to Yeovil 7 years ago, I didn't know anybody. I rocked up on a Tuesday at Goldenstones and Bungy Williams came over to say hi - straight away he persuaded me to take part in the Parret Trail relay and lots of you became my running family (even though a tramp tried to push me in the river on the relay!!!) I moved into Abbey Manor and Peter Jakeman became my go to handyman. I bonded with Anita Farquhar Rufus and we took our romance to beautiful Paris for the most horrendously painful marathon of all time... or maybe that award could go to my first marathon with Guy and Paul Allen 'where the fuck is mile 25??!!!!' 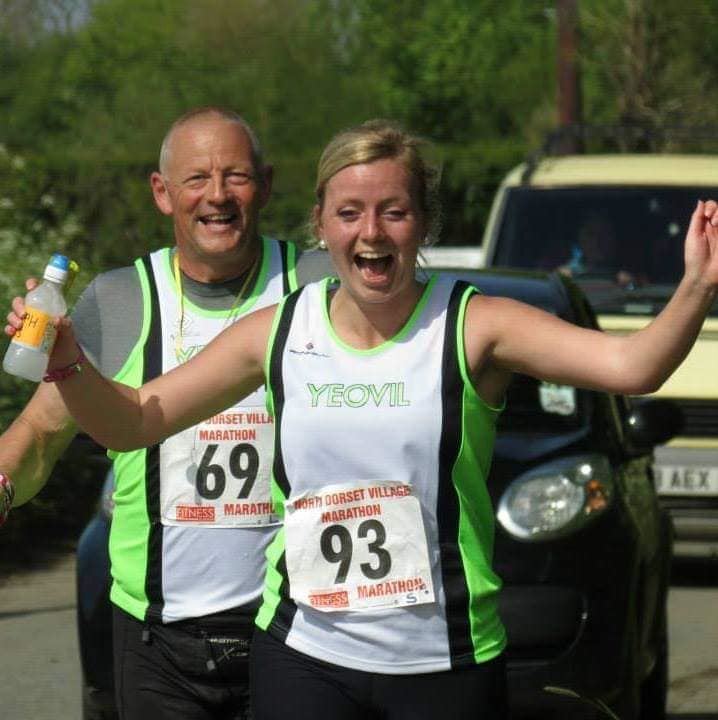 I met Richard Howes at a team race - he was instantly charmed by my seductive chat up line as I warned him he might shit himself after having an espresso... a joke that became all too real when we did the London marathon backwards in the middle of the night with Graham Still and Tim. In more recent years, I became best friends with the beautiful Harriet Quast and she really has been the most wonderful running friend I could ever have made. Alongside the gorgeous Sarah House who I can't wait to share a vino with in the summer - we are far better at drinking than we are running. Nathan Gardiner also became one of the boozy regulars from the running club and I am so grateful for all of your training sessions! My favourite boozy session was when I had to do the Wessex Ridgeway hungover as hell so I made Matthew Driver do my second leg with me - ha sorry Matt! 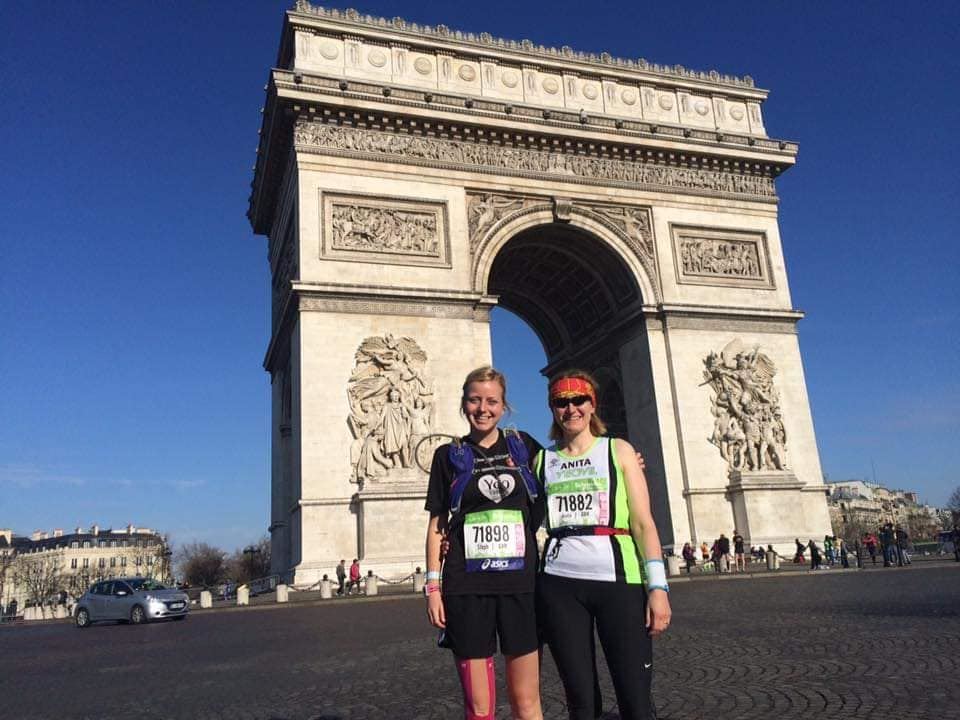 I was such a 'crap' runner when I started with the club and now I feel the strongest I've ever been... I even beat Kev Brettle at an ultra marathon (I don't know if I mentioned that one, Kev?) Louise Ward and Fez, Magdalena Kusmierczyk and Yunmi Jang, Rob Jones and Rachel, and the rest of the running crew (too many to name!) it's been a blast. I probably won't see you at any races this year - sigh - but I'm sure I'll be Harriet's date at the awards night... as per. Thanks for being my Yeovil family and for making me a better runner. I will miss you guys.

Please shout if you're ever in North Devon. I would love to join you for a coastal plod. Finally, here's a selection of some of my favourite moments with the club. Lots of love and happy running always xxxx 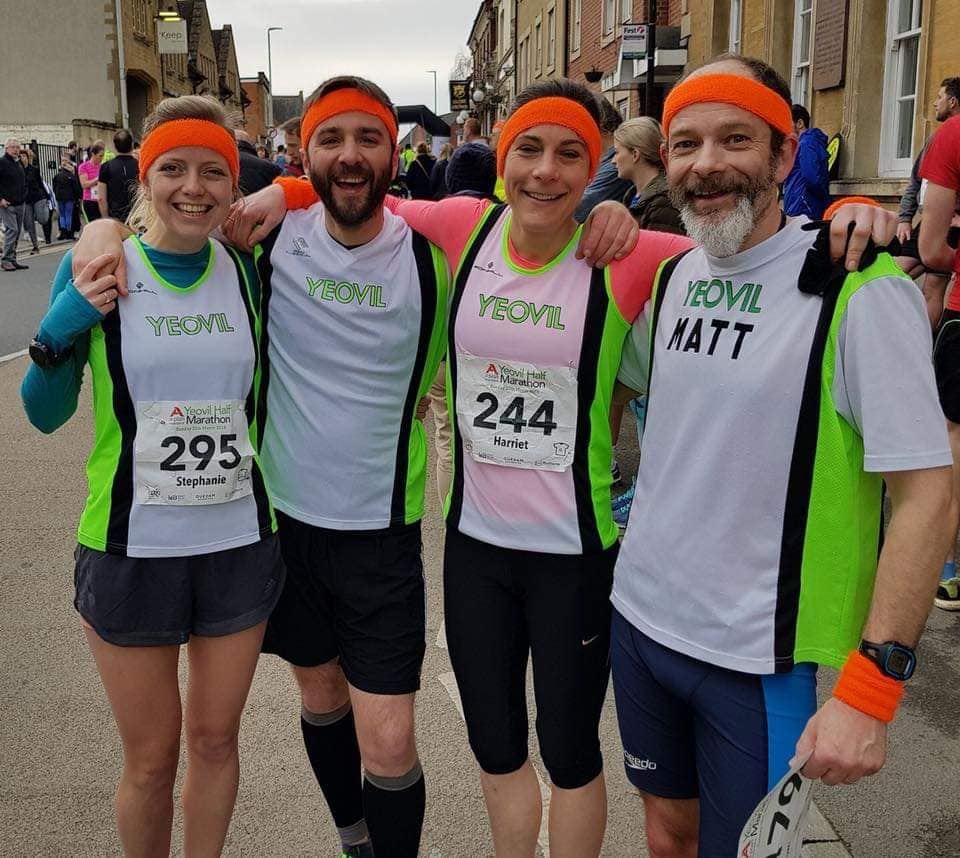 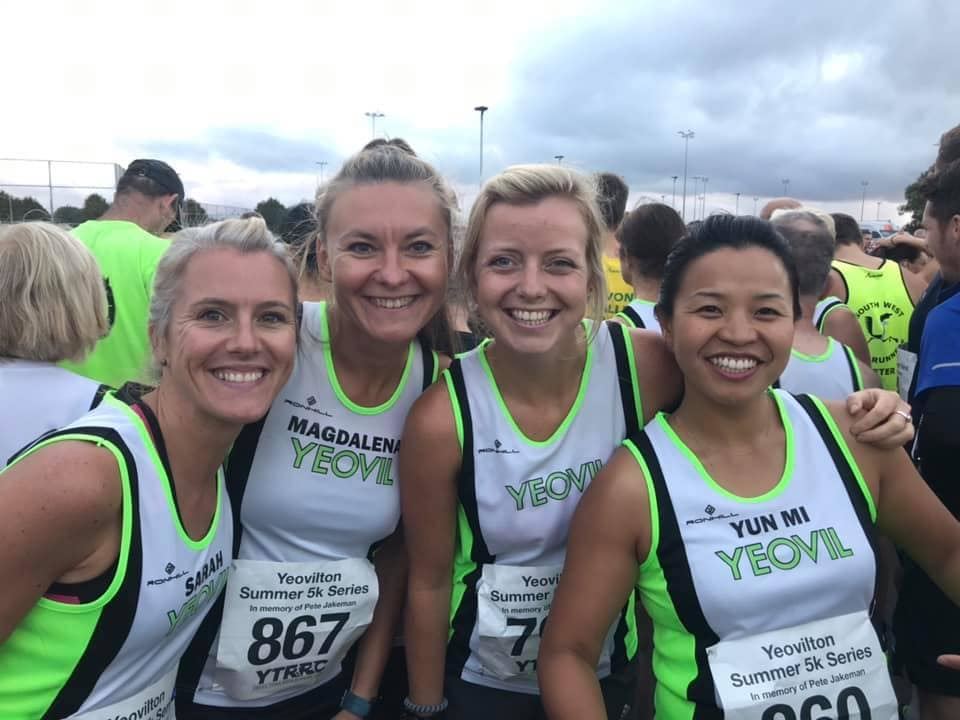 Steph, from the Club sorry to see you go but your heart is always been in North Devon (where ever that is), you will be missed by loads of us. We will be down your way soon as there are some great races down that way and a "Come on Yeovil" will soon be in your ears as I run pass. Take care and there will always be a place for you back here....