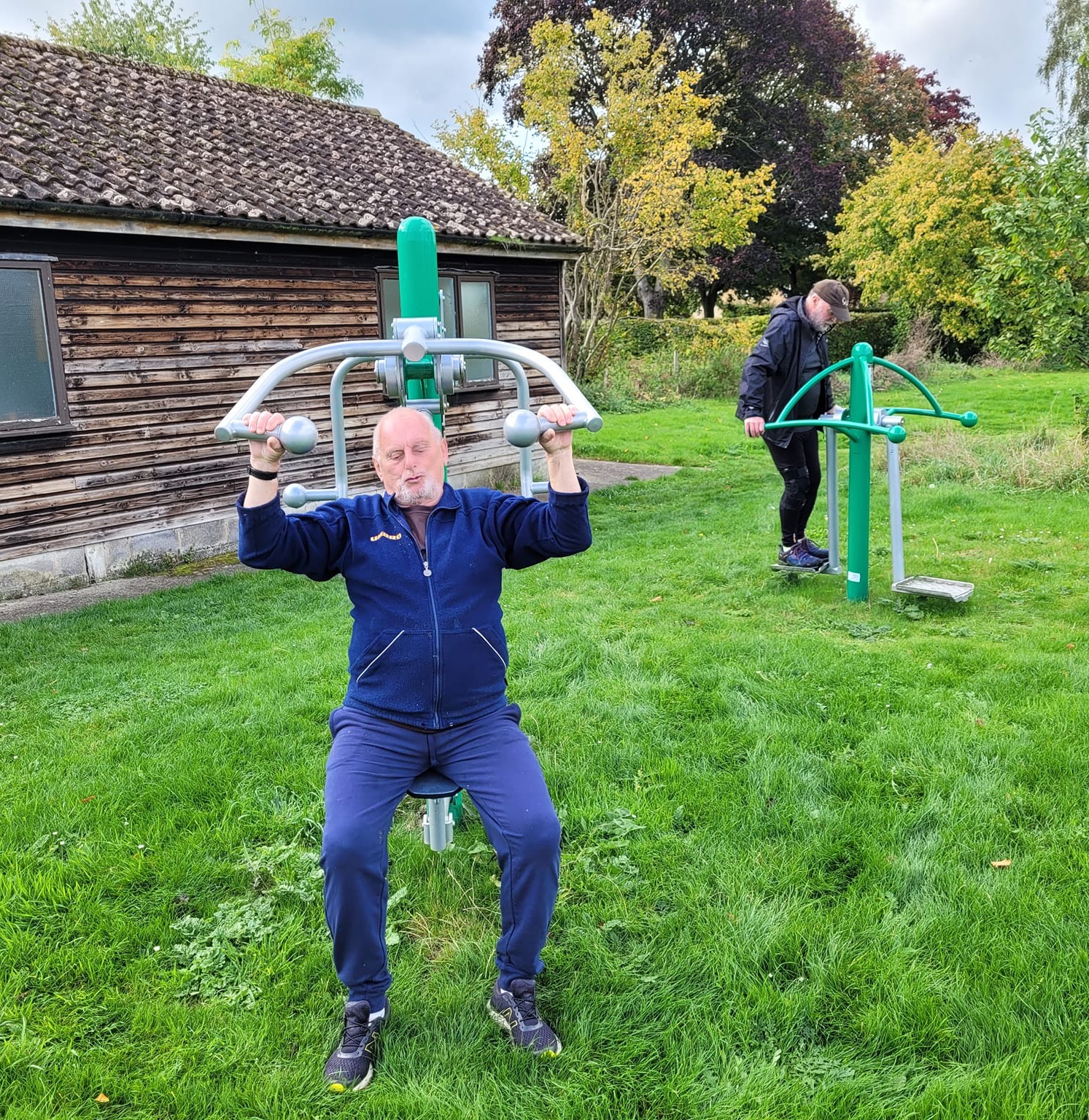 Please book if you are coming as soon as you can, we only have about 25 sign up sp far. Thanks

From all the Club a big congratulations to Mr and Mrs Samuel on their Wedding on Friday. 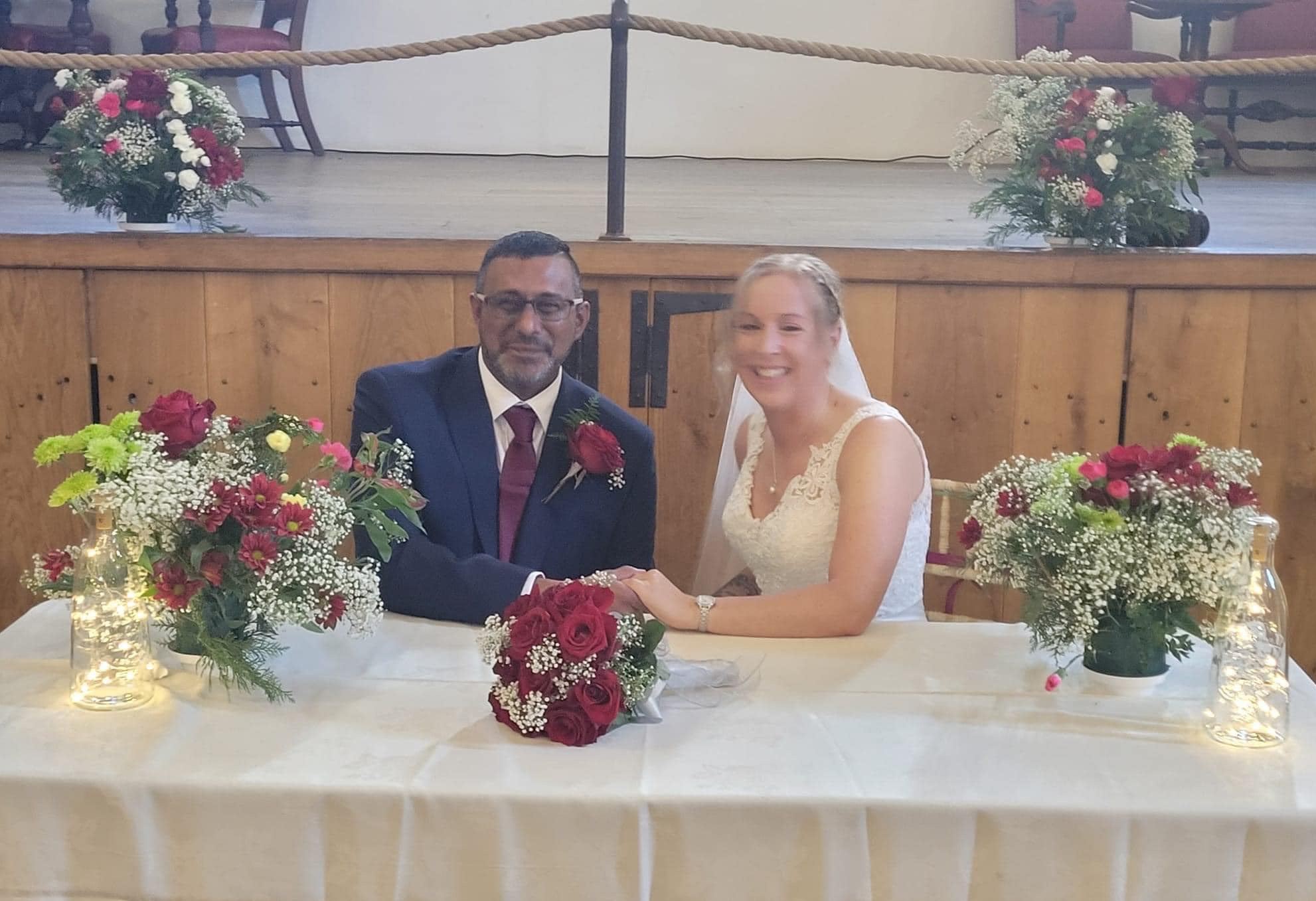 From Jo: My husband Triss Samuel & I would just like to say a massive heart felt thanks to all in this club for our wedding card & holiday voucher. You are truly all amazing

From Mark: Alison and Rob planned and led for the not so fast group tonight which comprised Alison, Rob, Paul, Dominic, Mel, and myself. Some in this group are actually fast. Part of this route was new to me and possibly new to pub runs. Taking advantage of daylight we crossed fields, stopped for photos, and continued on to Langmoor Lane (track). We then followed the track, which was muddy in places, with the stream, into South Perrott. This part of the route forms part of a summer route we often use. We then headed south to the church where more photos were taken, then followed a path along the southern edge of the village. This and most of the remainder of the route was completely new to me. We ran south along Picket lane which generally climbed to the junction with Chedington lane. Turning left we then ran towards Chedington after stopping for more photos with an atmospheric moon. It was now getting dark, and we climbed some more. When exposed there was a cool breeze. Turning left we then descended and ran through Chedington with its ancient looking buildings. As we looped back, a huge hill appeared in the darkness to our left. Thankfully we didn’t have to climb it. The last leg was a couple of miles back along Chedington lane, which seemed to go quickly due to the conversations along the way. As usual, the pub meal after was excellent. Pie and a pile of veg (savoy cabbage, carrots, mashed Swedish turnip, cauliflower cheese, new and roast spuds). Healthiest meal of the week. Pud after included as well. Thanks Alison and Rob for the last minute plan, and Phil for organising. 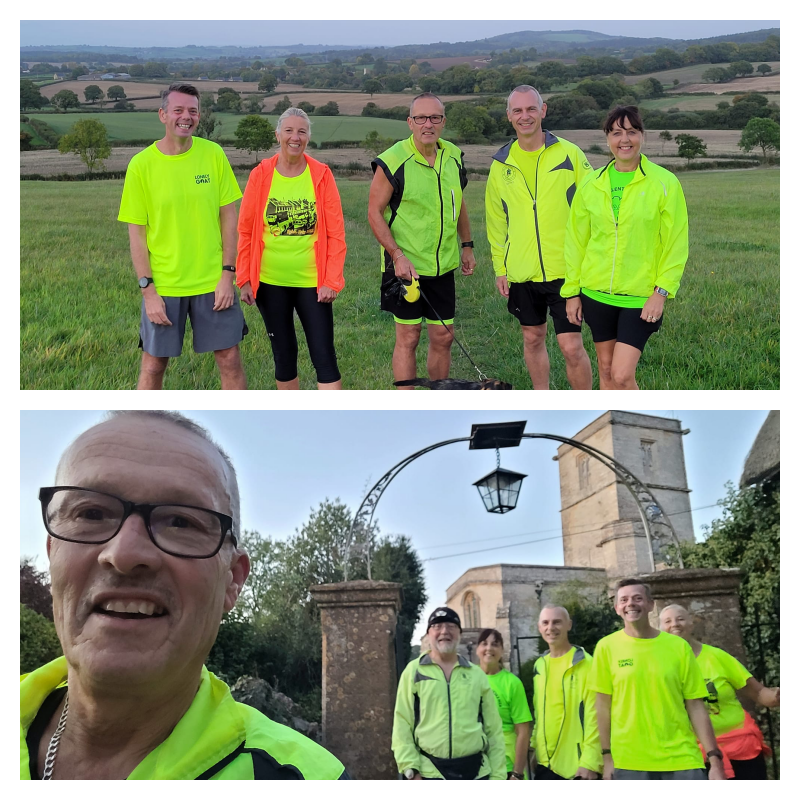 From Matt: This fella won the Gold Hill 10K at Shaftesbury today...he's been practising the course since he was 18 and has mastered all the terribly steep hills - he's now 25!

In the meantime, Adam Switzer and I also ran the race - starts on a school playing field, round a corner a drops slightly to present Gold Hill (you know-the Hovis advert one?) in the first mile. At the top they supply oxygen so you can carry on till the next hill.

This hill isn't quite so steep but goes on for three days. At the top you go round a corner to another hill, and half way up that one you go up another. Apparently there was a downhill section for five yards before the nineteenth hill. Its true, check my Strava for height gain - it shows 951 metres!

It was a lovely sunny morning with a few clouds and even more hills. At about 6K I had calmed my breathing enough to check my watch and realised I wasn't actually doing too bad, overtaking while some walked hills and rushing down anything that looked like a descent. Adam was also smashing it up at this stage and was well up the field. However the long uphill 8th K followed by the final uphill slowed us both down.

Adam Switzer finished just over 40 mins, and I was a whole 10 mins after that...actual results yet to come. We think Adam was seventh, whereas I was in amongst the also rans. In between was Luke Hicks, ex-YTRRC, well done to him.

Actual placings will be tough as this was part of the Dorset Road Race County Race Series Competition Event Championship - or the DDCRSCEC for short. Therefore we had loads from Egdon Heah, Lychett Manor, Portland, both Poole clubs, Littledown, etc. all of which had brought their A team players, so for Adam to be so high up is a credit to him!

Unfortunately there were no YTRRC ladies today, even though it was a Club Championship Points doo-dah, although I believe Joanna Samuel may have scored over the weekend! 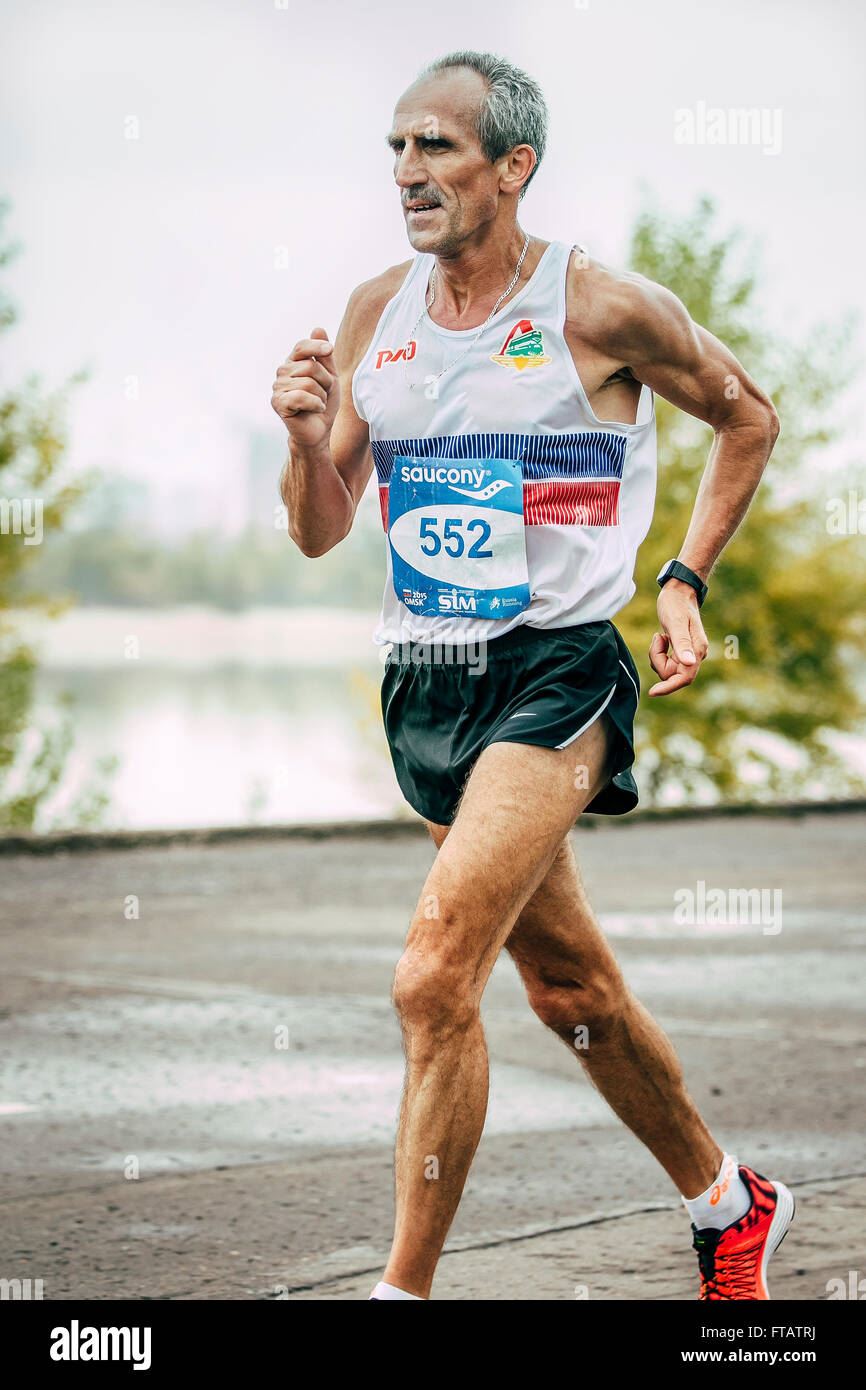 From Helen: So…the 6 of us set off on holiday to sunny Palma Having enjoyed 2 days relaxing in sun, drinking cocktails and sangria, and of course eating ice creams! Today saw the main reason for coming…Palma Marathon and Half…we are all happy with our results today…unofficial times are as follows: for the half…

June Moule was our first lady finishing in 2hr11m, followed by Rachael Jones smashing her half PB in 2hr16m, then Anita Garrett in 2hr23m and Mel Dodge and Denise Byrd running it together in a time of 2hr56m. And for the full…me… Helen Nesbitt in 4hr27m

I thank you all for meeting me, running alongside me whilst cheering me in for last 400m! The best reward of course was jumping in the sea for a refreshing dip and delicious ice cream afterwards! Now time for us relax and celebrate. 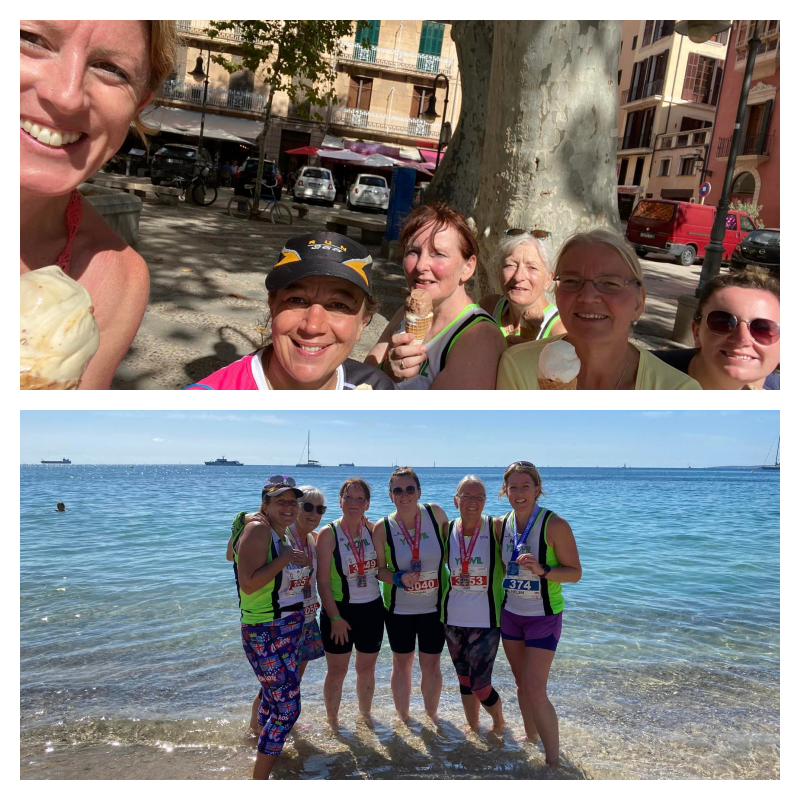