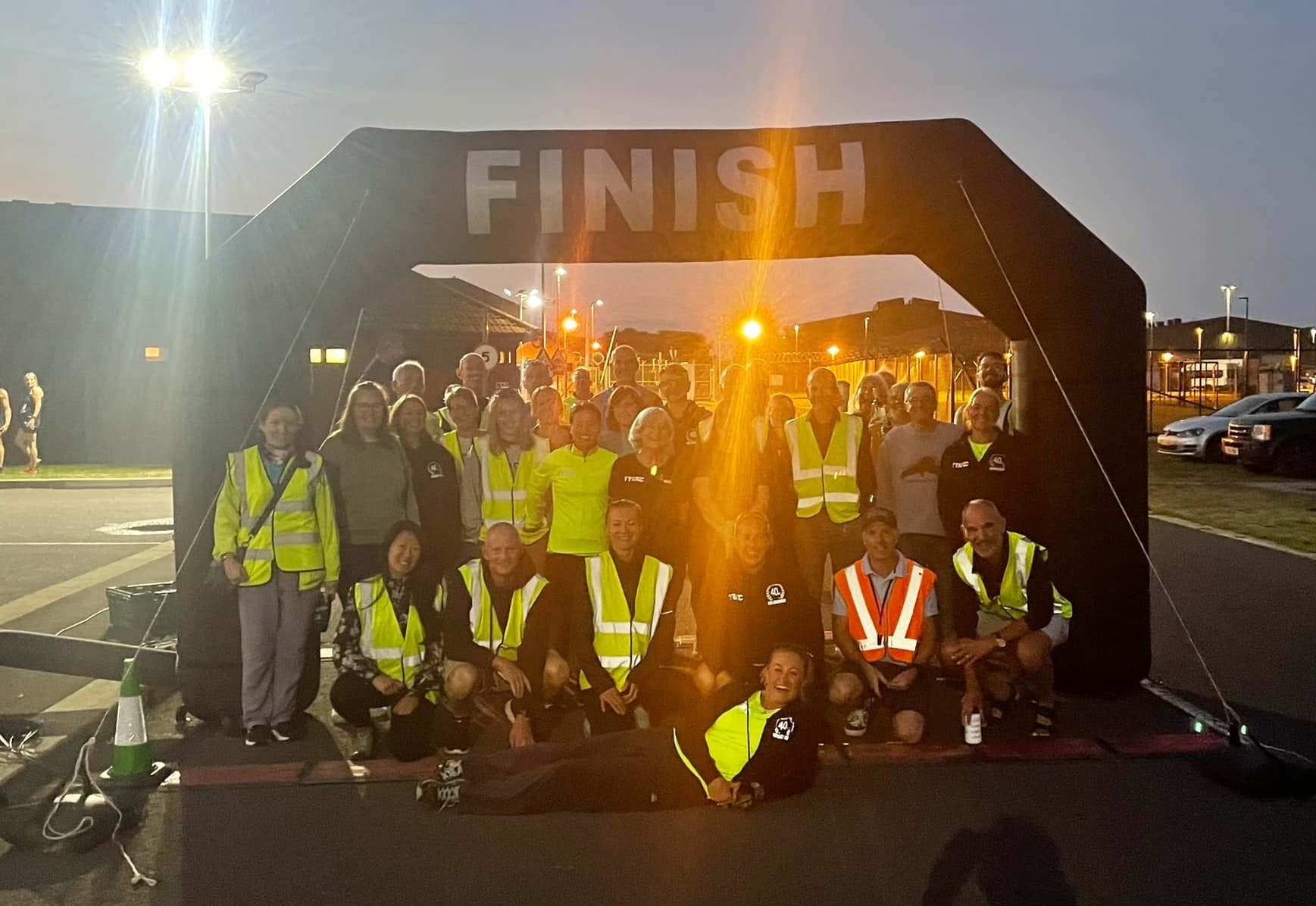 The Awards Night on the 25th Nov is now open for bookings. To book do the following:

2. If you are paying for you a member and your guest use the Book Now option and pay the £57

3. If you want to pay just as a guest or are paying for an additional guest then you can use the Bar Code using Pay Pal App and pay £31

4. Once paid go back to the Event and choose your menu and then do this again for your guest. This will send an email to Denise.

If you have any questions, then please ask a committee member. Please remember we are volunteers organising this in our own time for the good of the Club.

From Dave:  Really pleased to finish the Chiltern Wonderland 50 yesterday. That was the 3rd of 4 Centurion Running 50 milers for the Grand Slam, so one more to go. It was a really long day that started with a 5 o'clock alarm and a 2 hour drive to Goring and ending with a 2 hour drive back home. Phew!

The reason that I'm so pleased to have finished is that since the NDW50 in May I've barely done any running. I don't think I've done a 50 mile month let alone 50 miles in a day. For the first time in about 15 years or so I just seem to have fallen out of love with running. Still it was reassuring to find that the years in the legs was enough to get me round, albeit a little slower than before. Looking forward now to November to get the final 50 done and complete the Grand Slam. 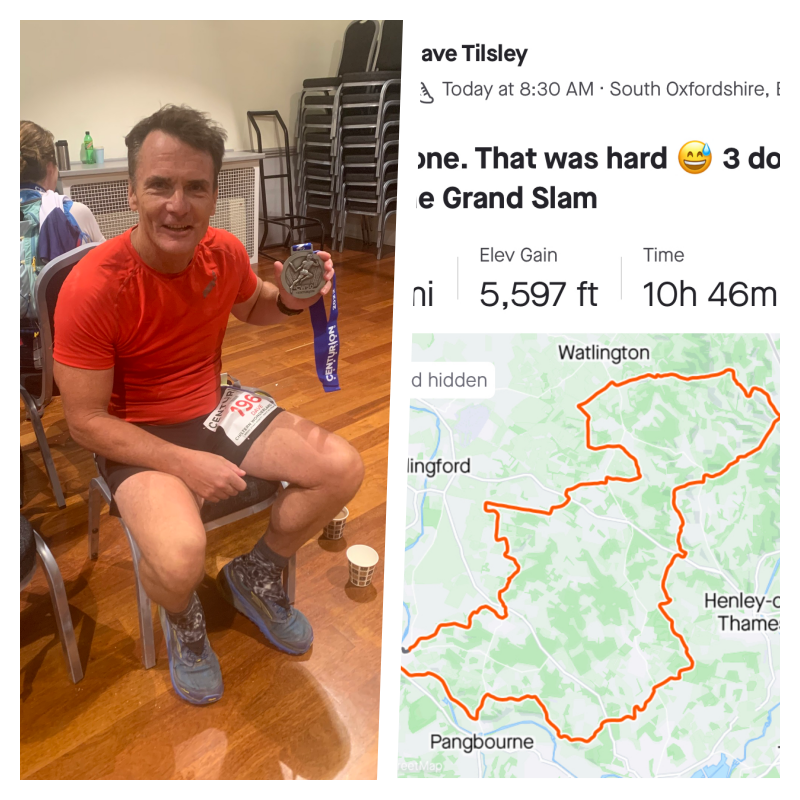 From Debbie: Glastonbury Levels 10K…..A beautiful morning for my first outing wearing the club vest! It was a wonderfully flat but windy run resulting in a PB so feeling very pleased with myself!! I didn’t see any other club runners there! 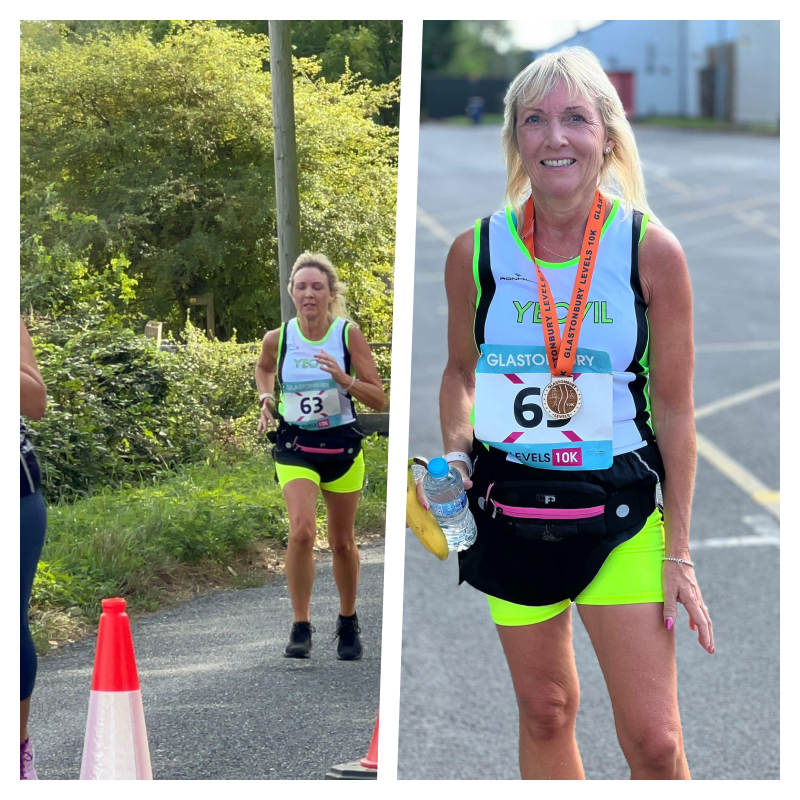 From Mark: Social hike with YTRRC at Charmouth and Lyme Regis. 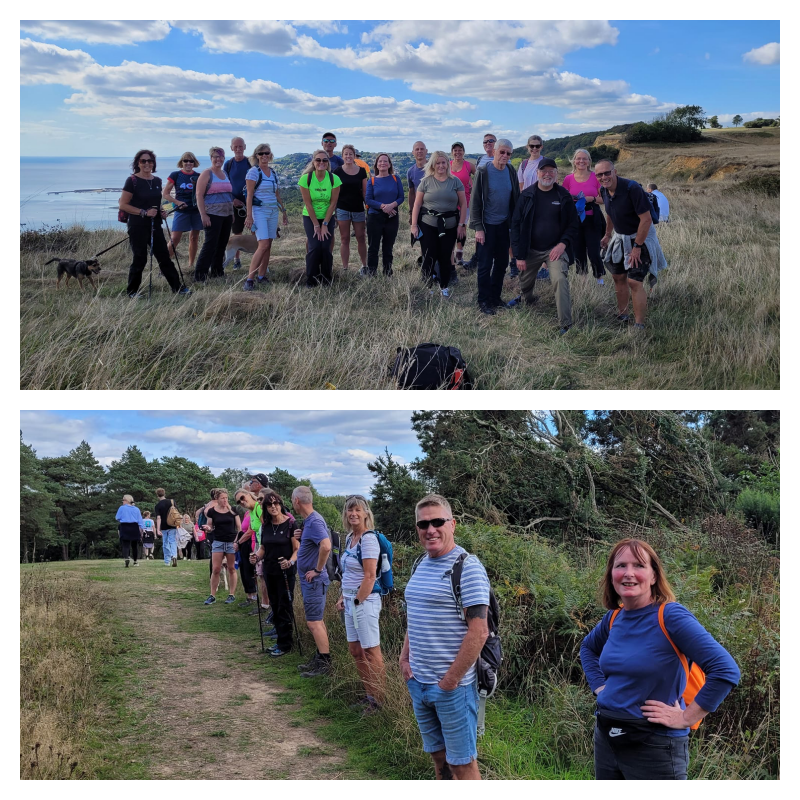 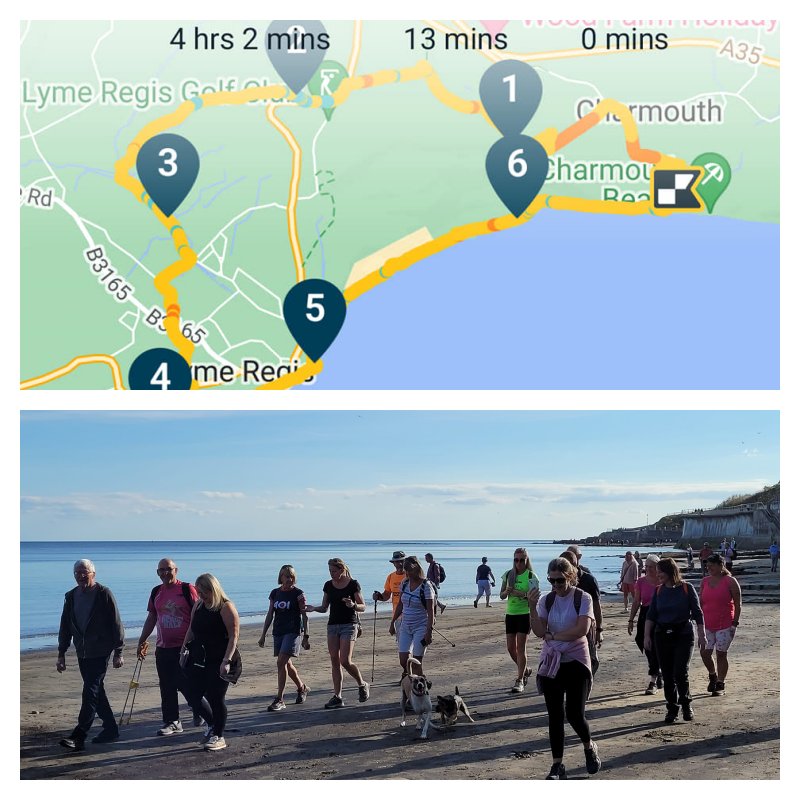 From Matt:  A beautiful starry night was disturbed by the cat alarm at 4:50am when she stepped onto my bladder. Kit into the car and a little brekkie before the long arduous journey to Langport for the Triathlon (I know...but there is SOME running). Both Nolan Lewis and Mark Copping were parked already, so we enrolled at registration and got our numbers tattoed onto our hands - for evermore I shall be marked "167" - not quite the number of the beast, but a little impish minx!

Into the transition area and time to lay out all the kit and check everything is there for the 74th time today. Then its nerves aplenty waiting for the clock to reach swim time. Nolan was in the earlier batch, so Mac and I gave support, then I was ordered into my lane. Go! and I was gliding smoothly through the first and then second length...after that I became more like some sort of desert creature that had never seen water before, breathing more water than air! Mac was in soon after but I had oxygen choices to focus on. Meanwhile Gill Pearson probably had a good half hour to wait, as the good swimmers go later, after us numpties.

Transition went smoothly, I remembered my bike, which always helps, and it was off to Somerton down roads that moments before were swathed in mist at 3 degrees! I love my Tri-bars and while I have no style, it makes me feel like I'm going double the speed I actually am. It became a glorious morning and it made you good to be alive! No-one enjoys Kingsdon Hill, but the downhills were great and speed was to be had in bucket-loads. Only 14 miles, so the outskirts of Langport soon arose over the horizon and it was into Transition 2 for the run.

Cycle shoes off, trainers on and whoosh...jelly legs!

Grass fields led onto a tarmacked track and the chance to see others going in the other direction. Mac struggled a bit finding the out and back route going on for ever, but we all finished with sprint finishes and huge smiles.

Finish times below, with 5K times in brackets otherwise.

Lastly, don't let anyone tell you Langport is flat!

From Ali: Brockenhurst park run this sunny morning at Wilverly Plain. A run in the forest along trails with the added hazard of ponies on the course. 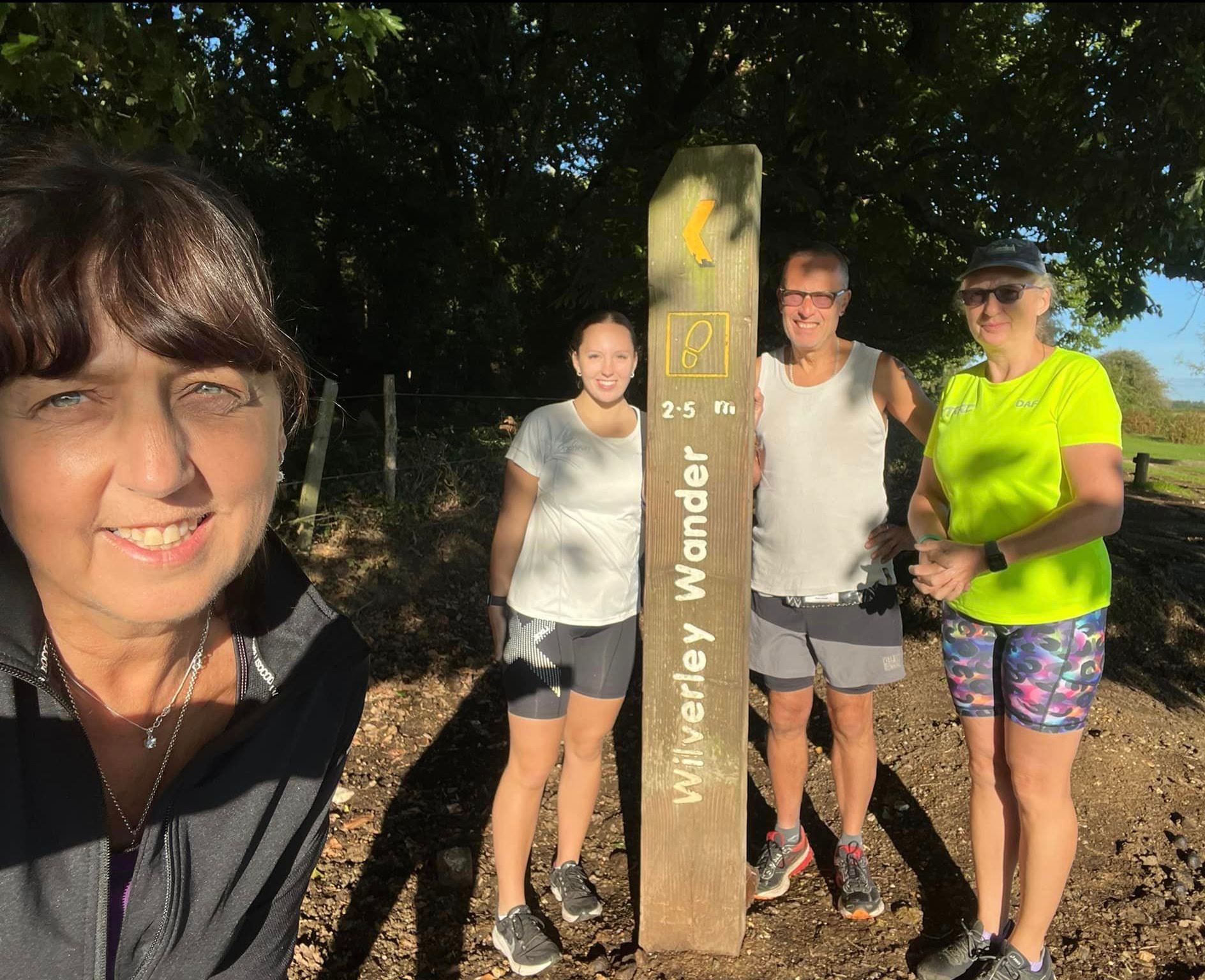 From Adam: Amager Fælled parkrun park run today in Copenhagen - this was originally the first park run to be held outside Britain. Fairly flat in a beautiful nature reserve. Many tourists as there is a Copenhagen half marathon tomorrow. No marshals but the route was marked out with coffee!! 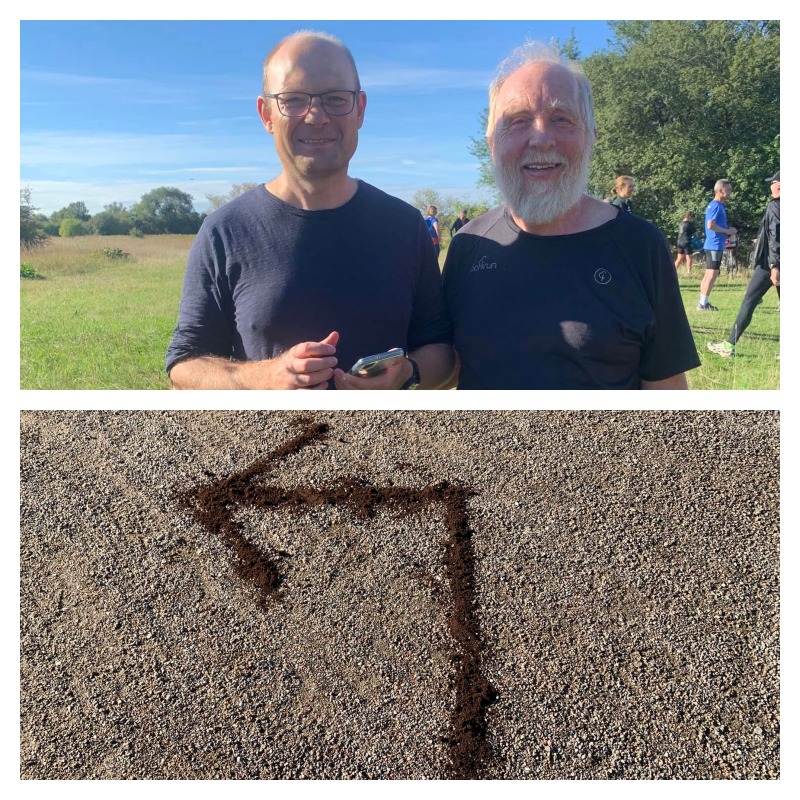 From Sue: Cheddar Gorge 10k, aglorious morning for a run, Claire Church Claire Shucksmith ,Kay Parmiter and I boarded a bus in Cheddar to take us to the start of what promised to be a scenic downhill 10k Unfortunately during the briefing there was mention of an up hill start (no way), we proceeded to the start, the up lasted around 3k, this was followed by a gentle down hill for around 5.5k,then it was time to get your legs into a low gear for a twisty steep finish. I crossed the line as first YTRRC closely followed by Claire S, then Claire C, Kay was hard on her heels and was going so fast at the finish that we thought she might never stop. A well organised and friendly event on a closed road course. We'll done YTRRC ladies (too tough for the men). 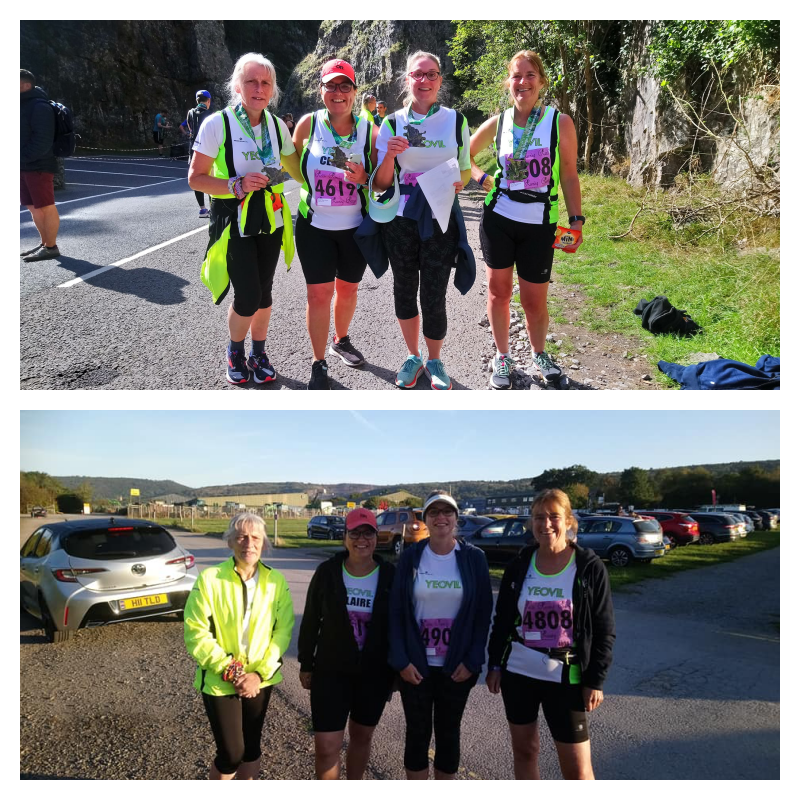 Thanks to all YTRRC members that have helped out at the 5k Series this year. A great team effort and well done to Graham on his first Year as RD.

From Mel: Yeovilton 5K Refreshments A very big THANK YOU to everyone who baked , brought & bought cakes . The total donations were a brilliant £125.41 in cash plus a few pounds on the card reader . Well done everyone . As always , we couldn’t have done it without you , so Thank you again . A little ask . As party season approaches & office get togethers start . If you don’t know what to do with those large rectangular plastic trays you get with cakes & sandwiches from the supermarkets , we could give them a second use . Gratefully received.

From Mark: Lynne led the not so fast group tonight (Lynne, June, Rachael, Laura, Andrew, JC, Paul, and myself), and planned a wonderful mostly off-road route looping around to the north of the village. Leaving the pub and turning right, we later turned left and ran down through East Lydford. We continued off road, turned left and ran through the first field of cows. Carefully crossing the A37 we followed the river Brue until reaching the bridge and church at West Lydford where we stopped for the second lot of photos. We continued past the church and Weir then headed north for a bit and continued through fields heading westward. We encountered a large herd of small black frisky cattle who playfully interacted with us as we progressed. We reached Tootle bridge and headed north following Cunlease Rhyne until reaching the Weir (Baltonsborough Flights). Glastonbury Tor seemed no too far away from us at this point. Turning and heading south we followed Dunstan’s Dyke and returned to Tootle Bridge. We ran along Copis lane for a bit then turned left for more off road. We encountered cute black sheep who bounced around, goats, more black sheep with curly horns, and rein deer, before moving on. The run became very atmospheric as light levels dropped and torches came on. We continued along Mill Stream passing strongly scented apple trees, and returned to the weir at West Lydford. The last leg was through the village and back up the A37 to the pub. Thanks Lynne for a great run. In the pub we all sat around one large table for the meal. After, Phil was presented with a birthday cake which was very enjoyable with crunchy bits on top. 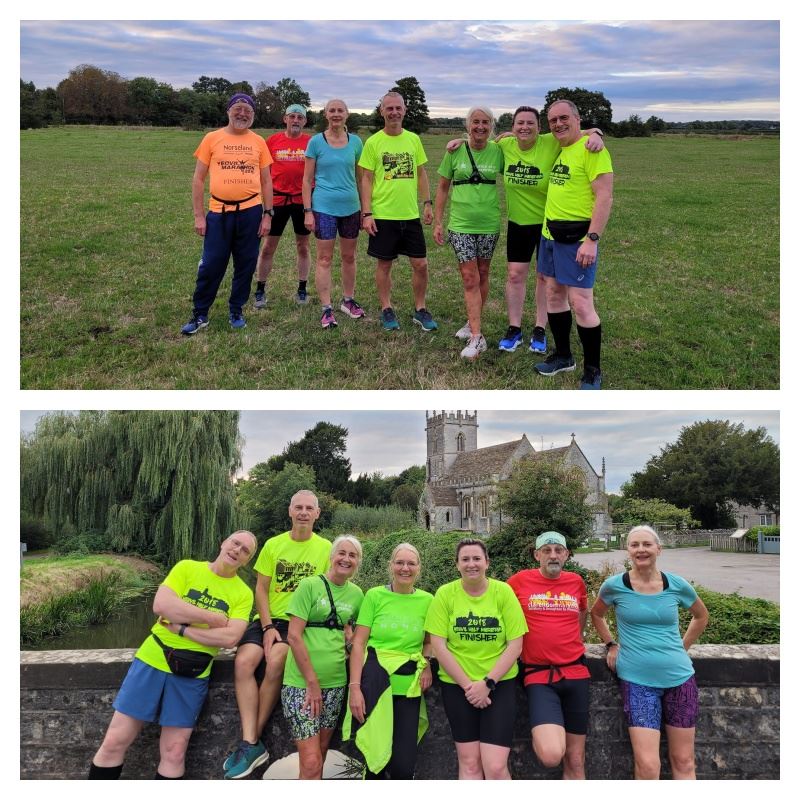 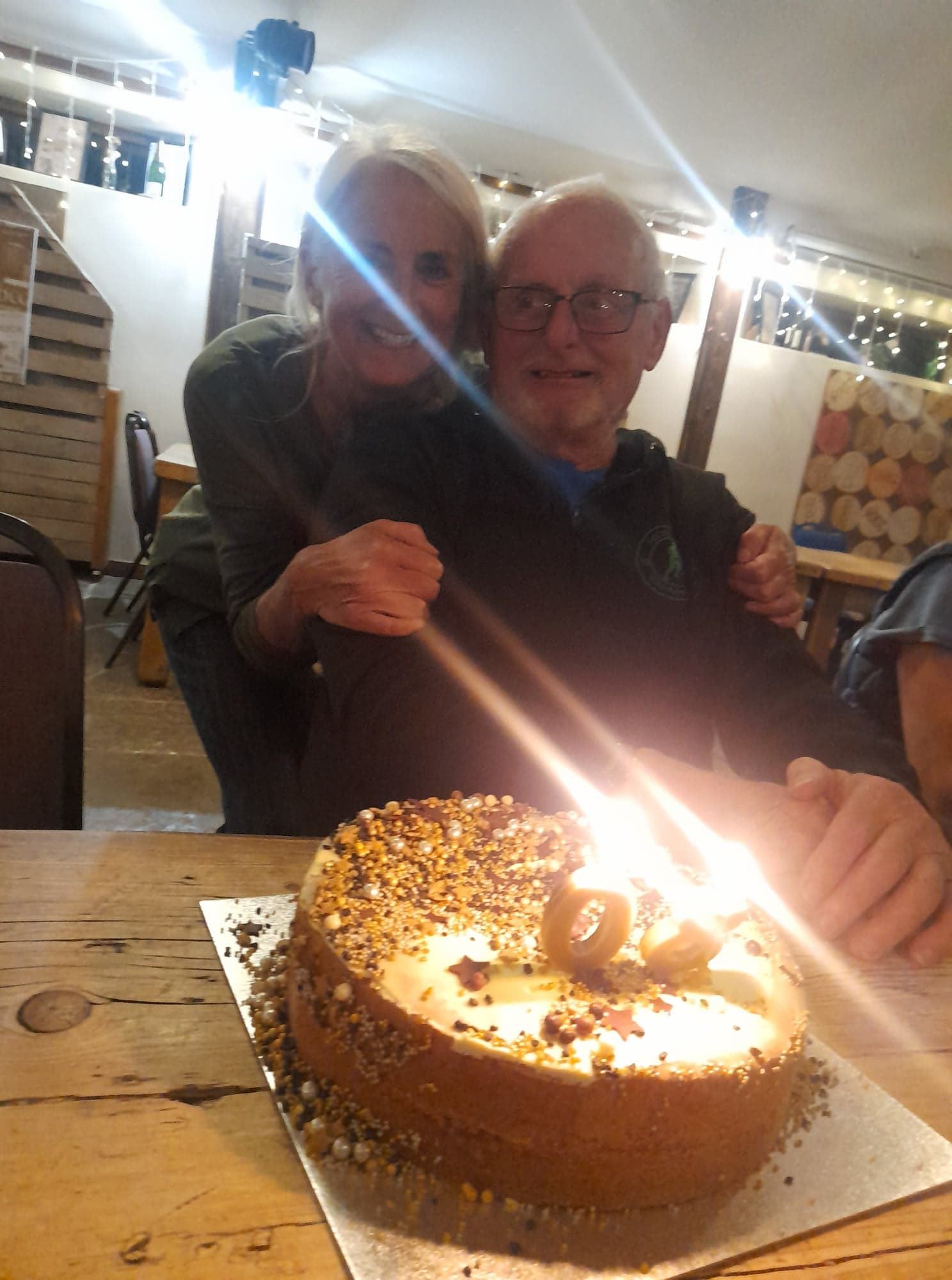