The Bristol Half Marathon 2017 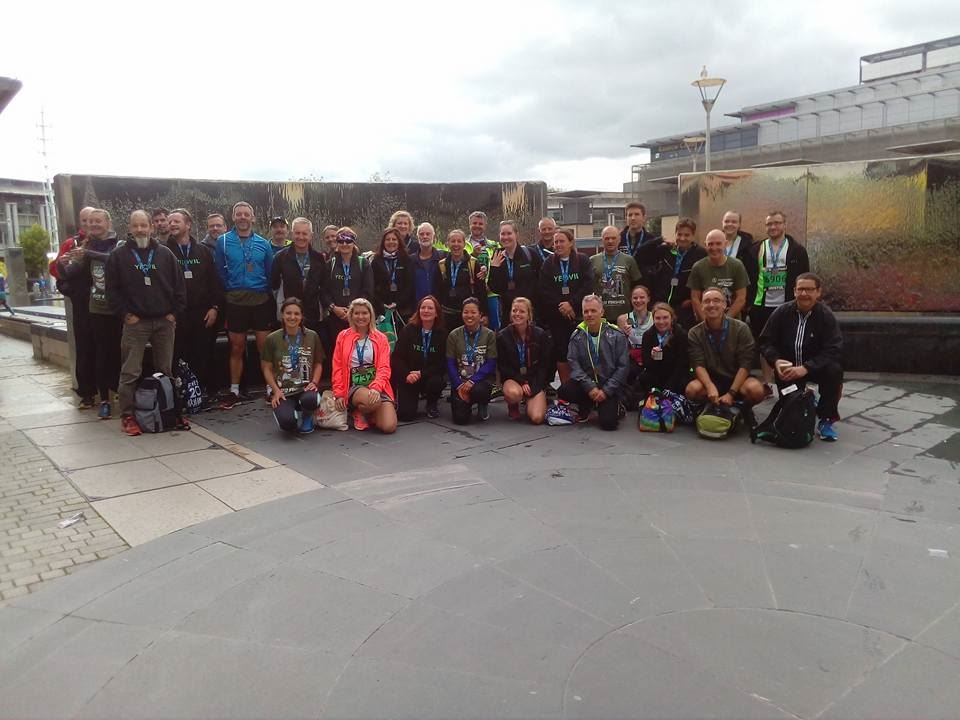 Well the day that Anita had been planning for years finally arrived, at 6:50 am we had to meet at the NHS Carpark near the Football Ground, luckly it was day light being that early. We all made it and the School Teacher called out the Register "Here Miss" and with our names ticked we all got on Dave's Coach to be told to get off for the "Before Phot". 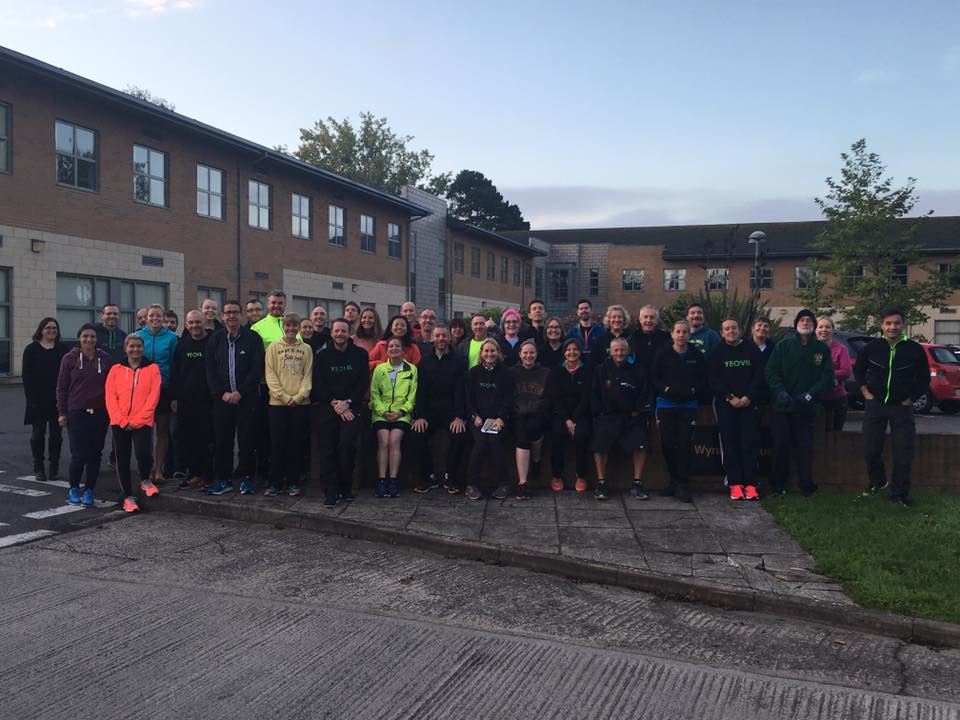 On the Coach up there is not a lot to do apart for Kev to read the Instructions and and then pin his number onto his YTRRC shirt, for the rest of us it was chill out and listen to "ED" 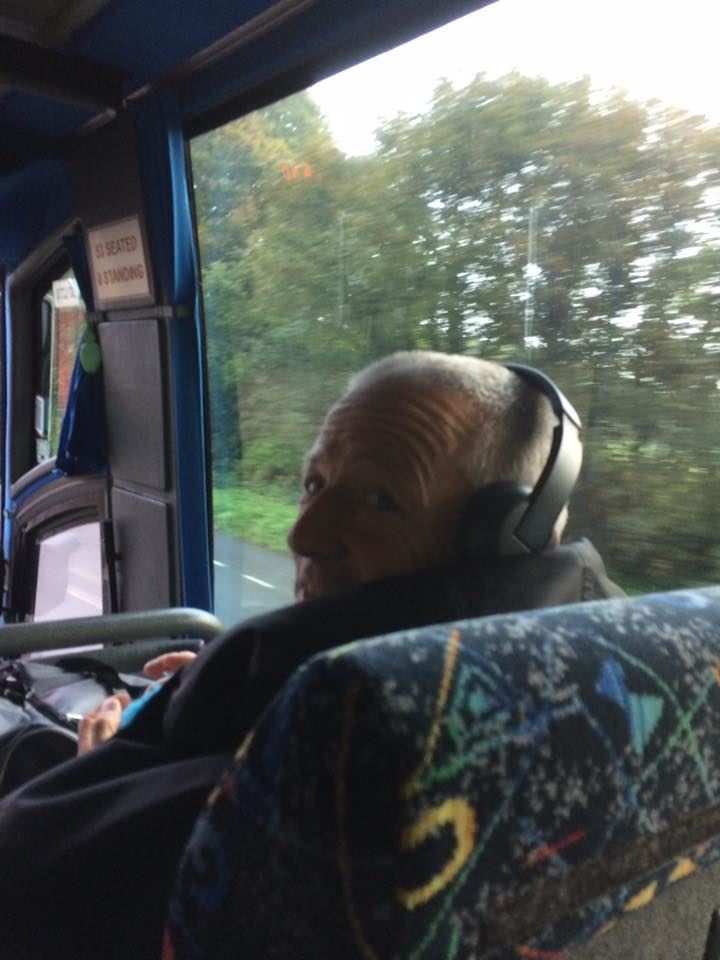 We got to our normal Parking slot it good time even though the A37 had a diversion on it and then made our way to the Event Village and baggage Buses. A few photos were taken and and the normal "look at all our Shoes" 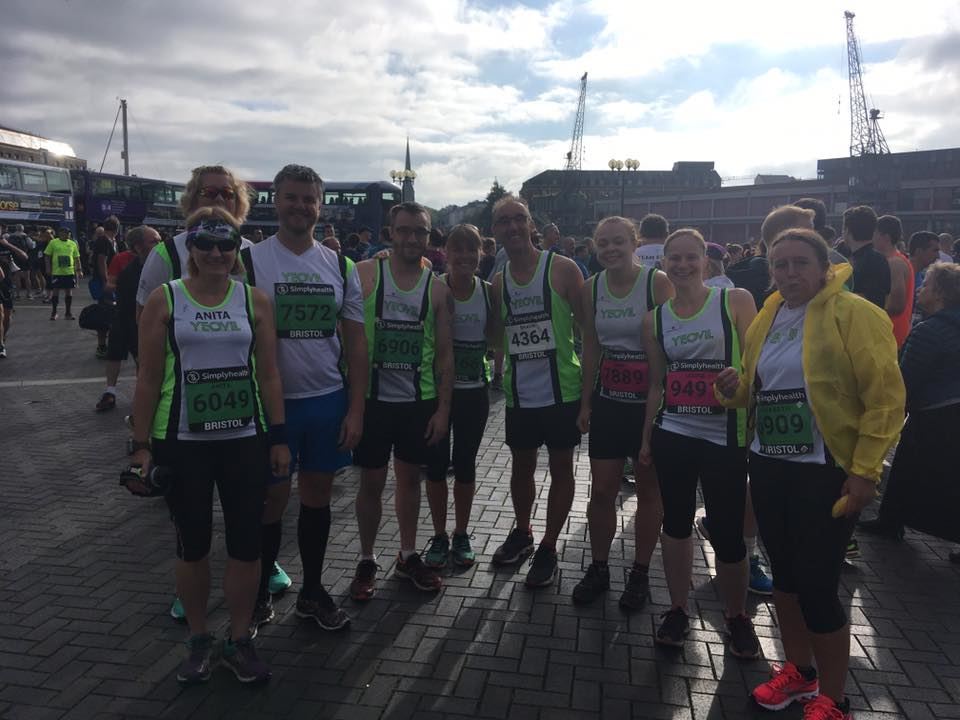 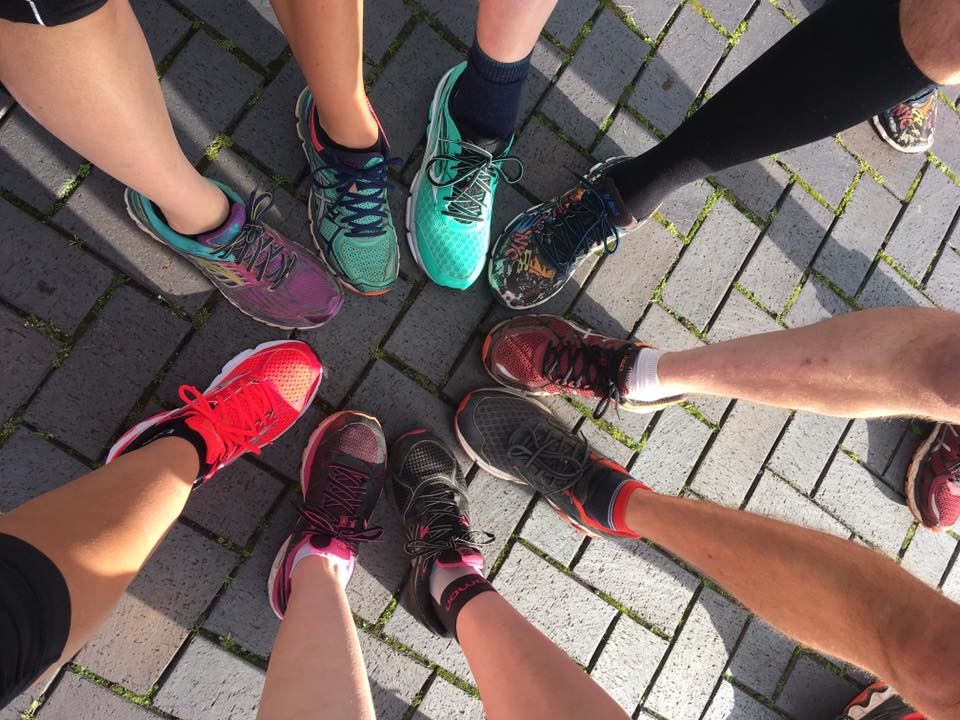 It was then time to go to our Pens, some of our faster runners had Orange numbers then our next fastest had white then green and then the slow Puple ones. 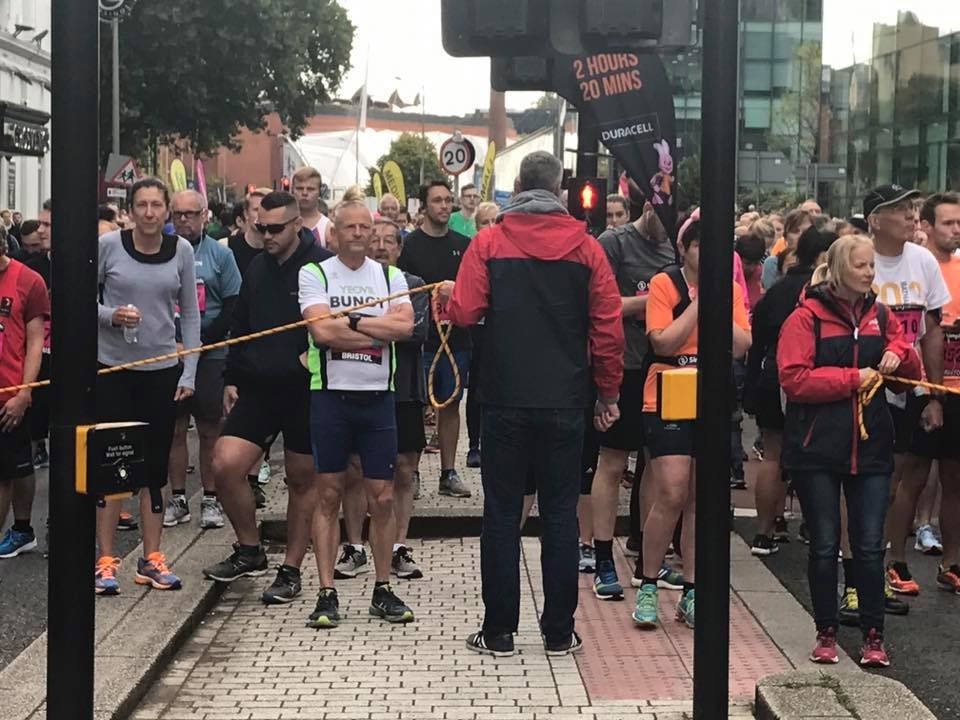 The race started and it was good running weather, on the course we had Kimberley, Catherine and Luke for support and phots (thanks). Our first runner over the line was Steve Lye who just beat Leyton Green, out first lady was Steph. 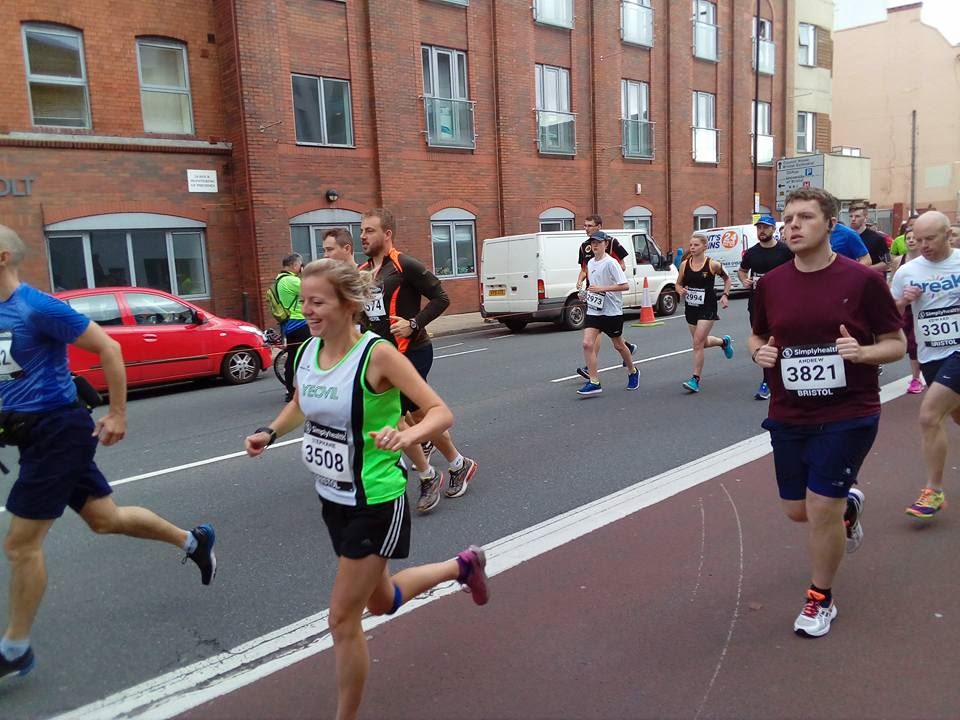 A great day out and a big thank you to Anita for yet another excellent organised trip to Bristol. Also well done to all runners from the Club a few PB's and some first timers at the Half Marathon Distance. 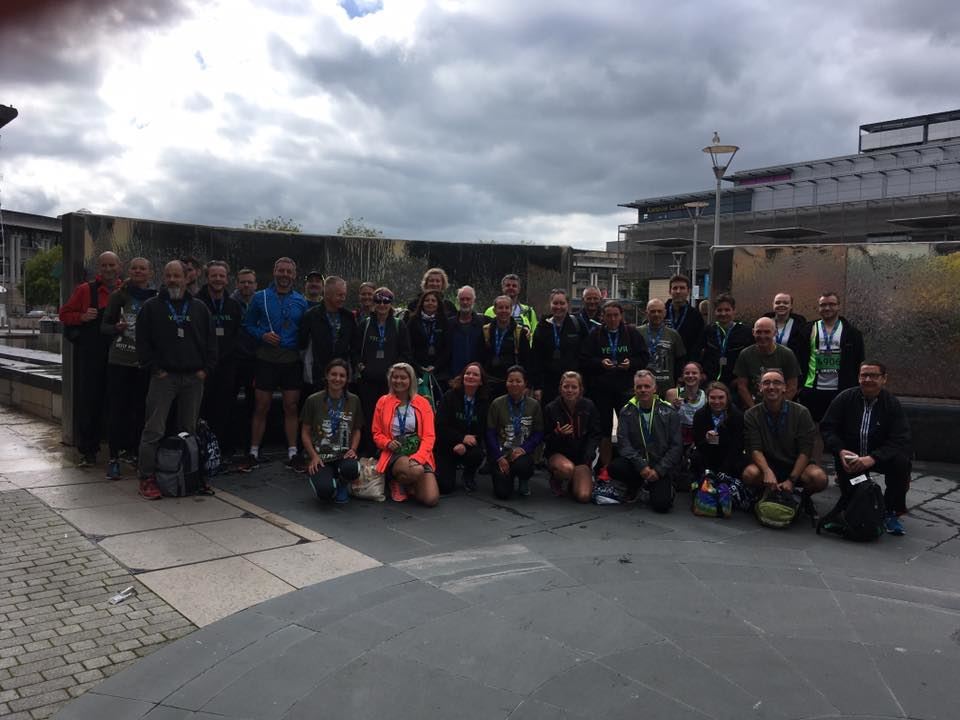 Just a few tips on anyone running next years Bristol Half, when you enter do not put your marathon time down instead of your half. 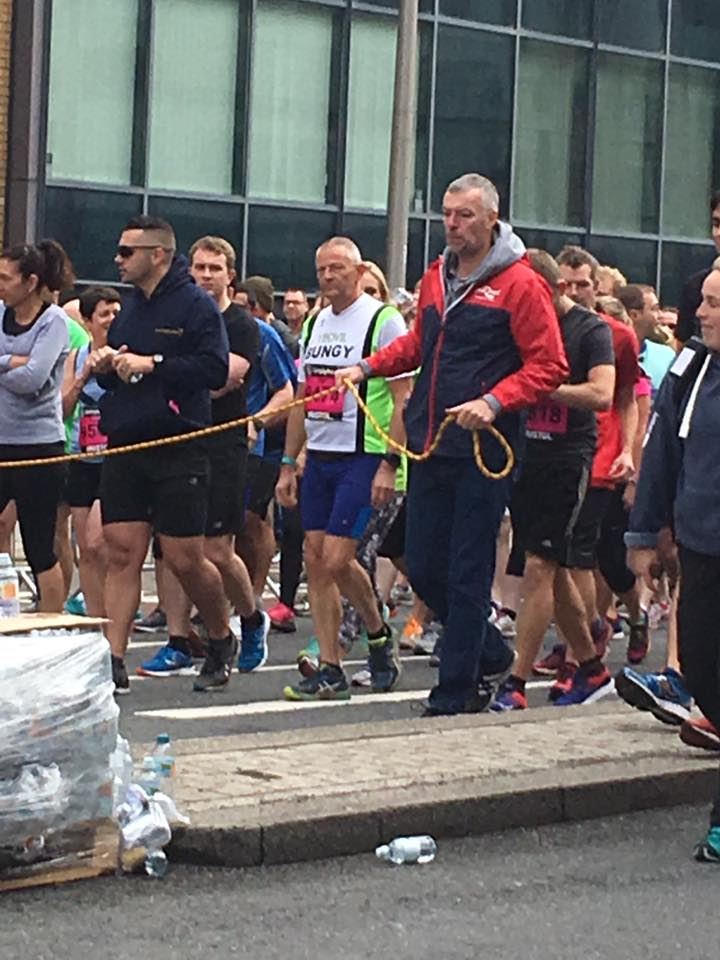 Having started in the last wave but at the front I had a clear run for the first two miles and made up some good time but soon came up to the other pens and dodging inbetween runners was hard work, I managed to overtake three 2:20 pacers one for each wave. It was nice having our Club runners cheering me on as I quietly ran pace them, isn't that right Jo?

Ran his first Race in a Club vest and posted:

Well done on everyones running this weekend! Im chuffed with my richmond runfest half marathon result today.
My aim was 1.45 but managed 1.42 so over the moon!! Managed to get some snaps courtesy of the wife. 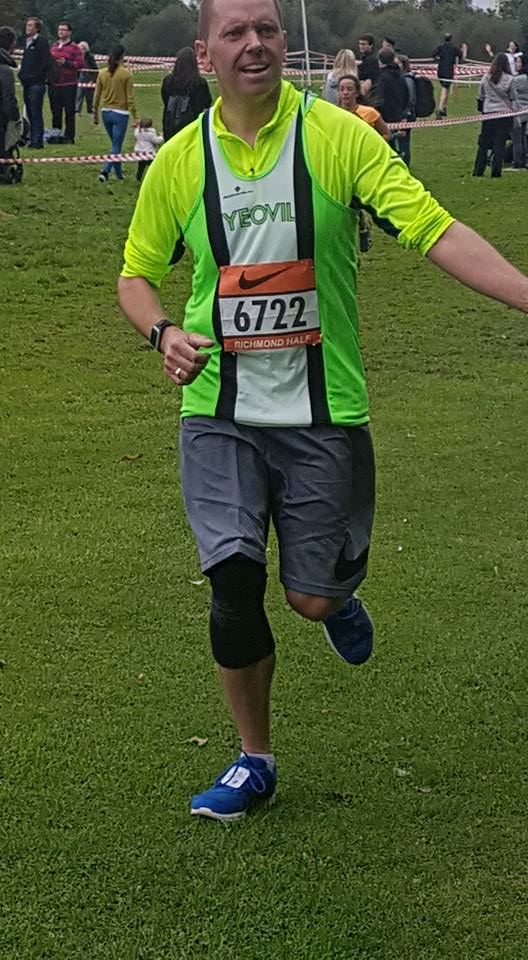 Long trip to Reigate for the Run Reigate half marathon this morning for a superb half on totally closed roads. The green and white vest was carried to a pb of 1:39:20. #lifeintheolddogyet. Very happy especially as this race has a seriously hard last couple of miles. #greenandwhiteontour

This week saw the last race in the Series and another 192 runners, it has been a great series and well done to Dave and Debs for all their work during the years they have need running the Event. If you are not aware Dave is standing down and we need a new Race Director so if you feel you can or wish to take over please let us know.

Also a big thank you to alpers and cake makers that make the series a success. Thanks to Denise and Mel for the Tea's and Cake selling. 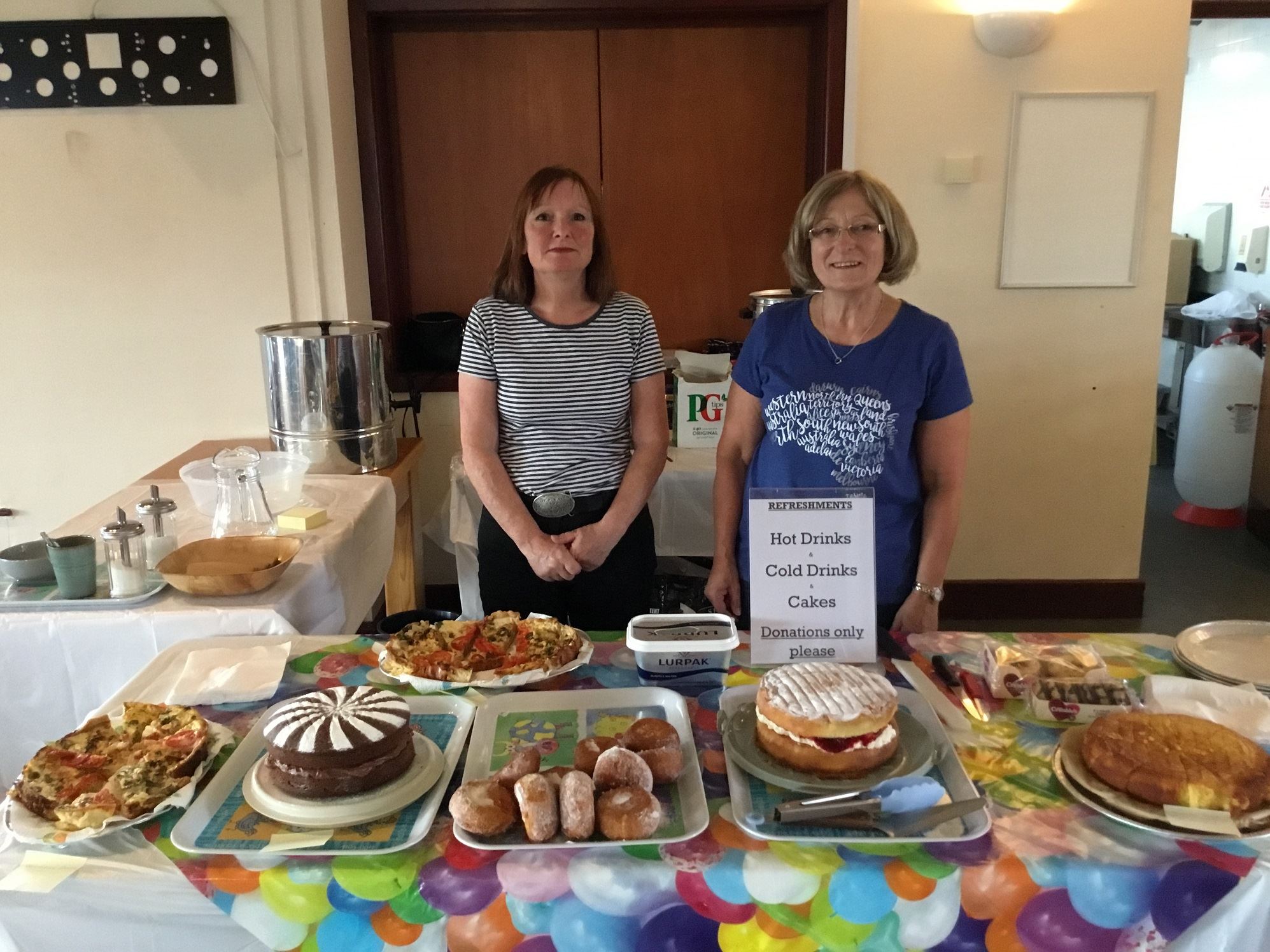 This is now getting closer so if you need to book it please do and also email your choice of food. While on the website why not complete the nominations for the Awards. Also get your list into Lesley for your Hats with your distances and link to the results. Even if you have not completed all the races add what one you need to complete and what race it is. Lesley will need to get the hats ordered.

Not much on this this week, we had Ally and her better half were in the New Forerst and did the Brockenhurst Park Run. 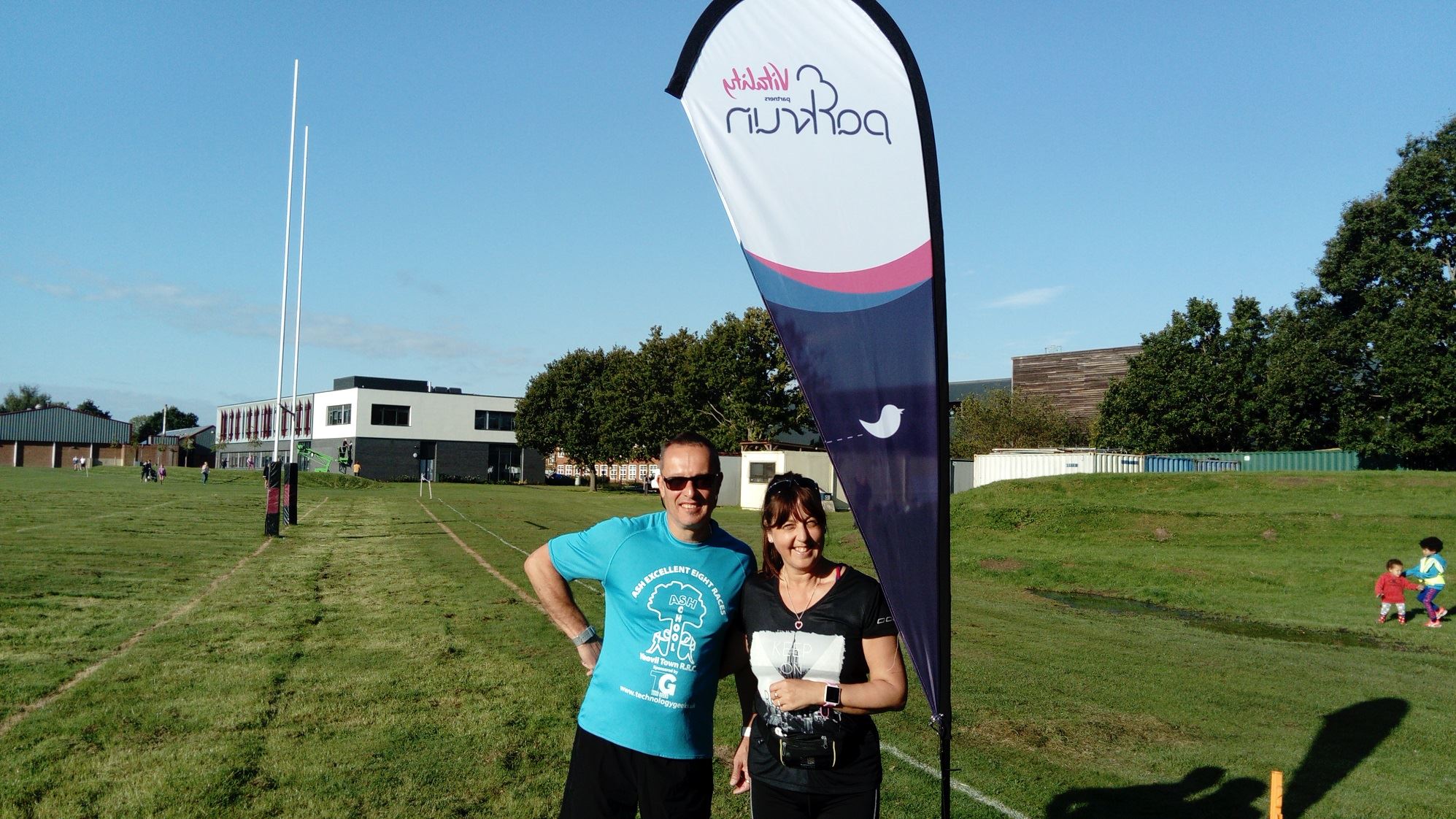 Tonight’s Pub Run led by Brian was fantastic mostly cross country. We left the pub running north across fields and reached a muddy track. We had to stop for a 4 x 4. Turning left we followed the 4 x 4 and reached the station road. Crossing over we followed fields (with Clifton Wood off on the left) all the way to Clifton Farm where 6 or 7 dogs of various sizes came out of a large white tent and came over to greet us. We continued acr...oss more fields until we reached the road to Stoford. Running down the road towards Stoford we turned left and ran along a track towards Cowpool Farm (where did the “L” come from). This area is classic Sunday morning running terrain. Cows were fenced in. As the light dimmed we ran fields up to and along the edge of Cliffton Wood. Later on, tracks took us to Frankham farm, and out onto the road. The final leg as darkness was falling, was along the road through Ryme Intrinseca back to Yetminster. It must have been about 6 miles and it was great. Thanks Brian and all. Thanks Claire for the photos. 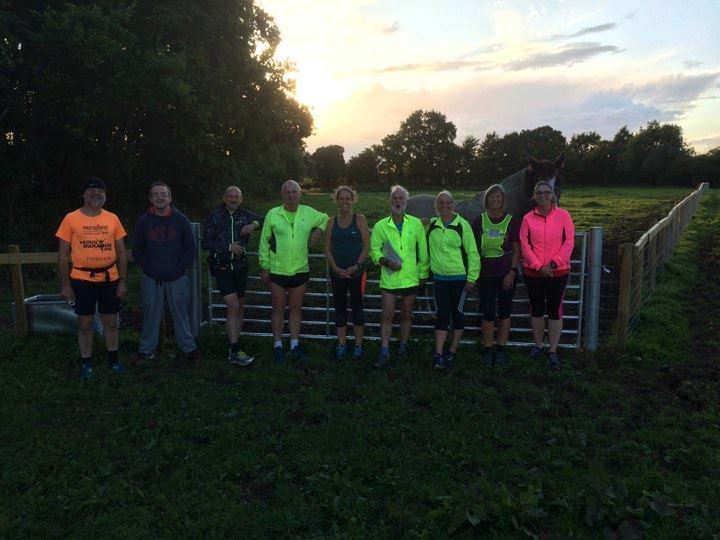