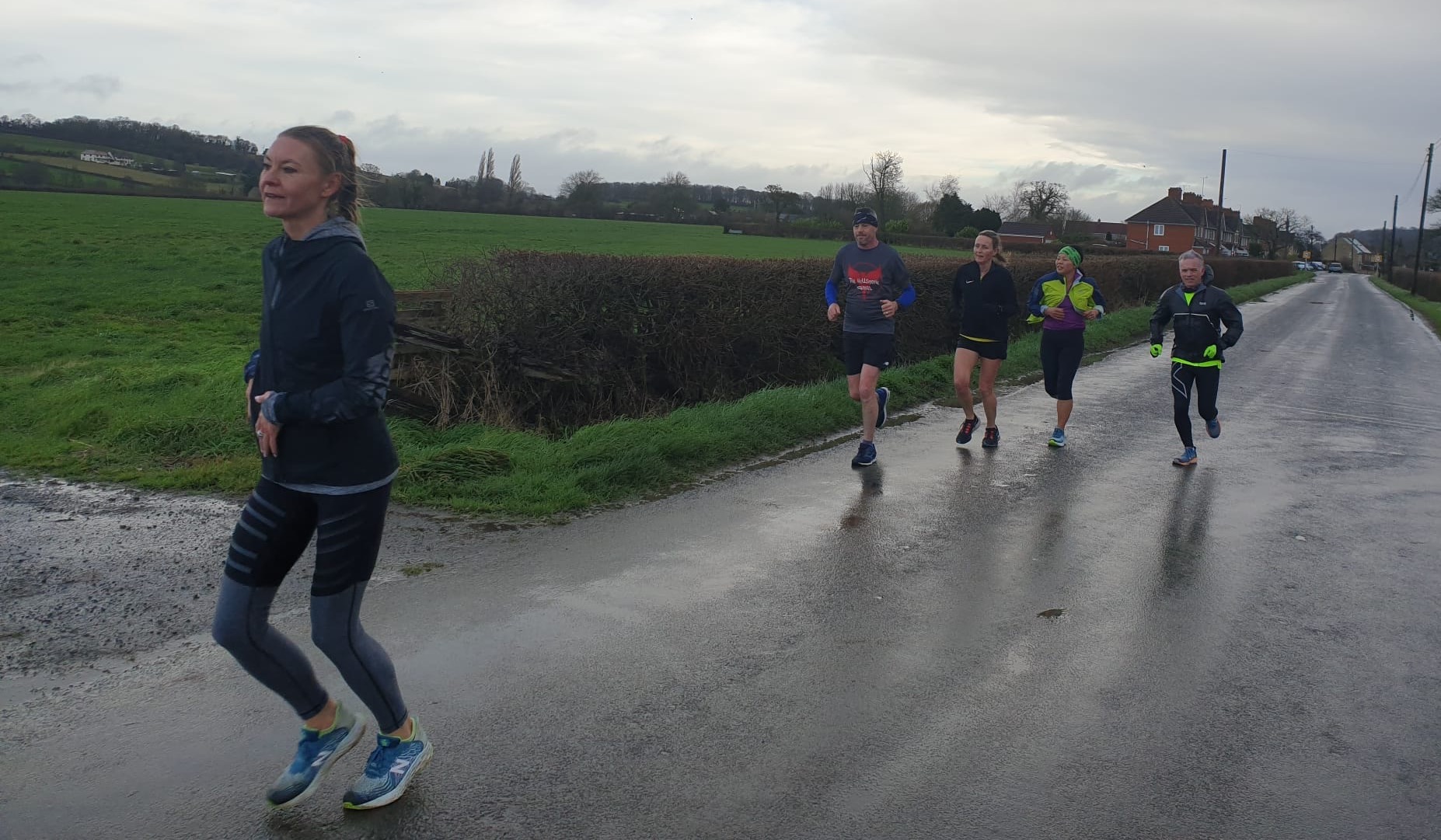 The meeting this month was at the Airfield Tavern but we kept it to just the Committee members to see if it worked okay. It did but we could not get the Back Room and just had a large Table with the other punters so this is why we kept it to us only. We hope this will change for March but we will have to wait and see.

From Graham: The committee has given me the go ahead to sell these 40th anniversary hoodies. Jo is modelling the standard over the head hoodie, while Angela is modelling the zipped version. These hoodies will only come in navy blue and sold at cost, standard hoodie £25, zipped hoodie £28, plus £1 PayPal fee. Please let me know if you’re interested.

Please note guys, these hoodies are being sold through me, and NOT Sports of Bond Street!!! 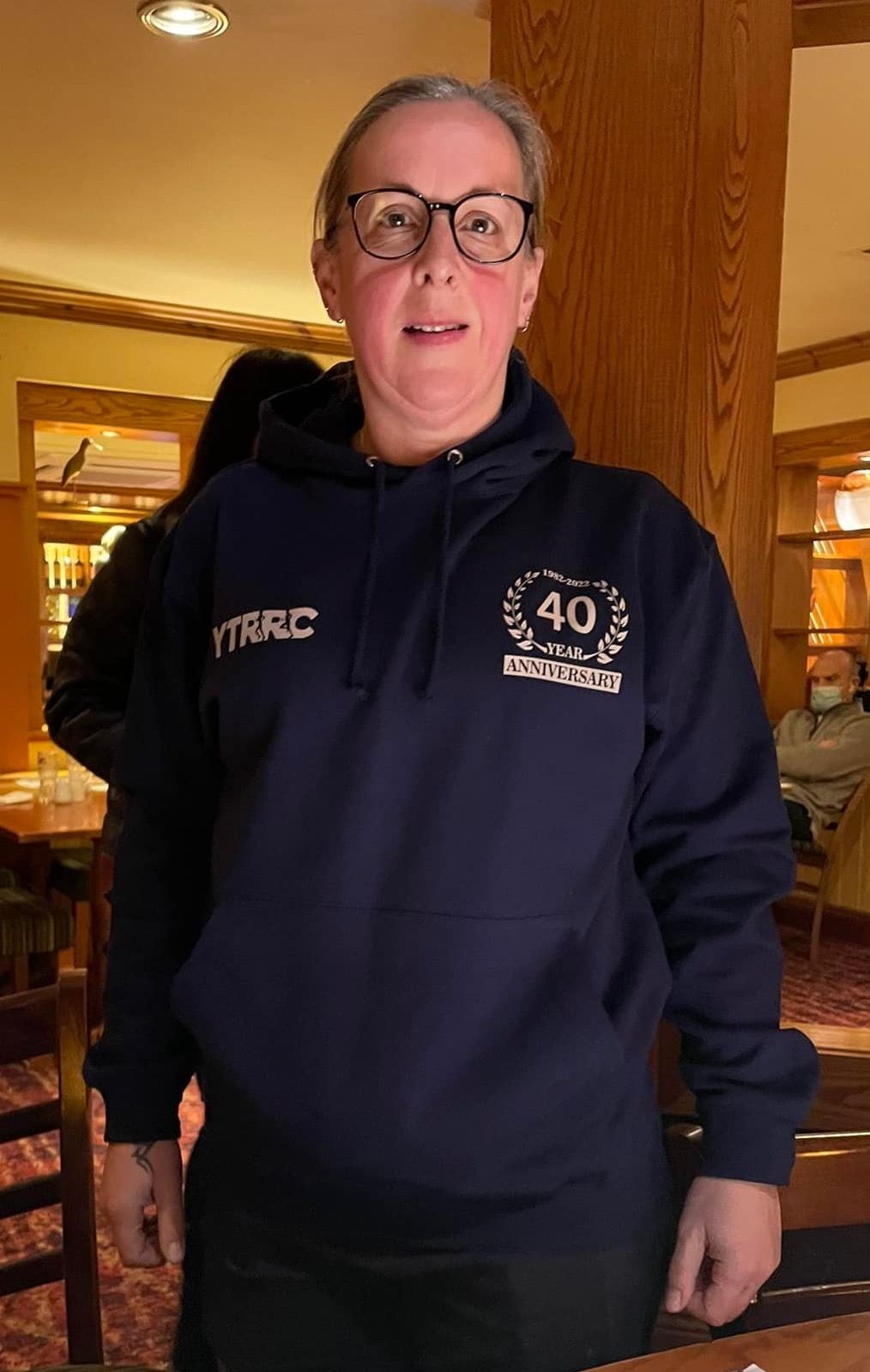 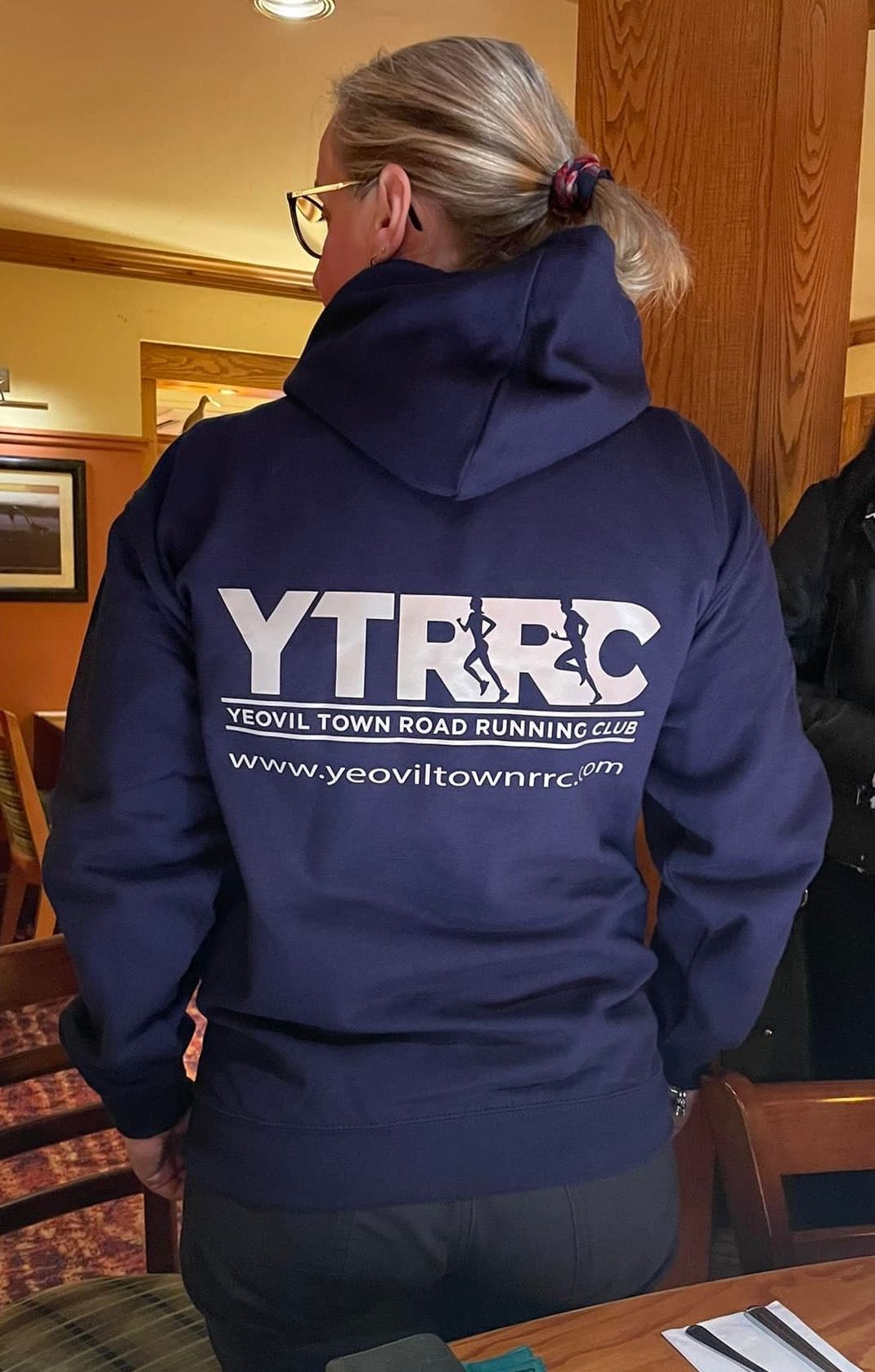 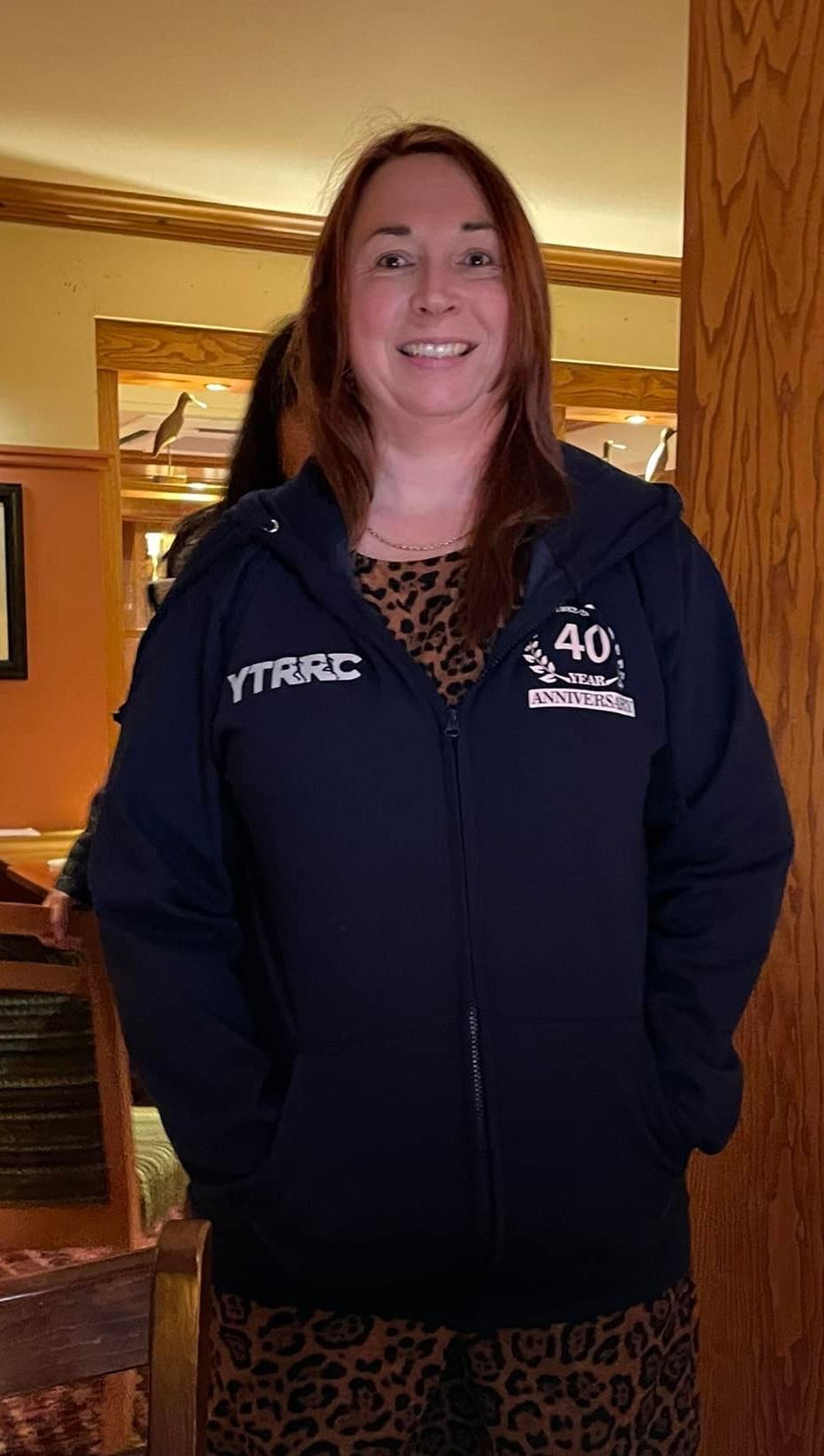 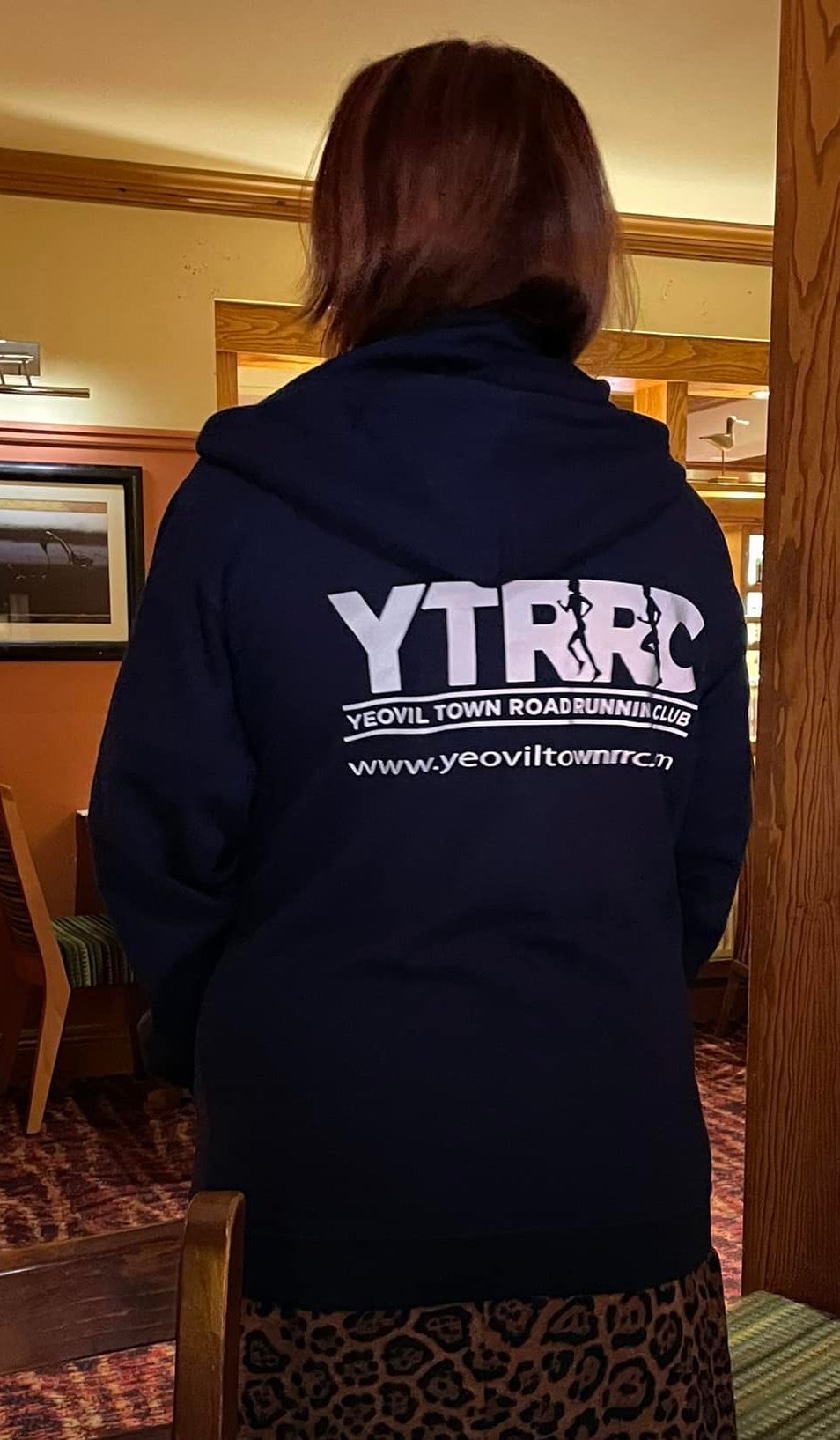 From Bungy: Hopefully I will add these to the website with a link to pay on Pay Pal, there will be an option to pay by BACS as well. Prices will be published later. We will ask for payment before we order so the Club is not out of pocket.

So that the Team can start to organise the Awards Night we have four venues and would like your opinion. The options are:

Lanes £35 per head; meal and disco and sole use.

Haselbury would honour last years price £33 per head; meal and disco and sole use.

Westlands cost similar to others; meal and disco and use of one of their rooms

The Rugby Club £34 per head; meal and disco and sole use.

You can either let Denise know or a member of the Committee. Thanks

From Kirsty: Portland Coastal Half Marathon in strong winds! It was tough but worth it for the views. Finished in 2:49:55. 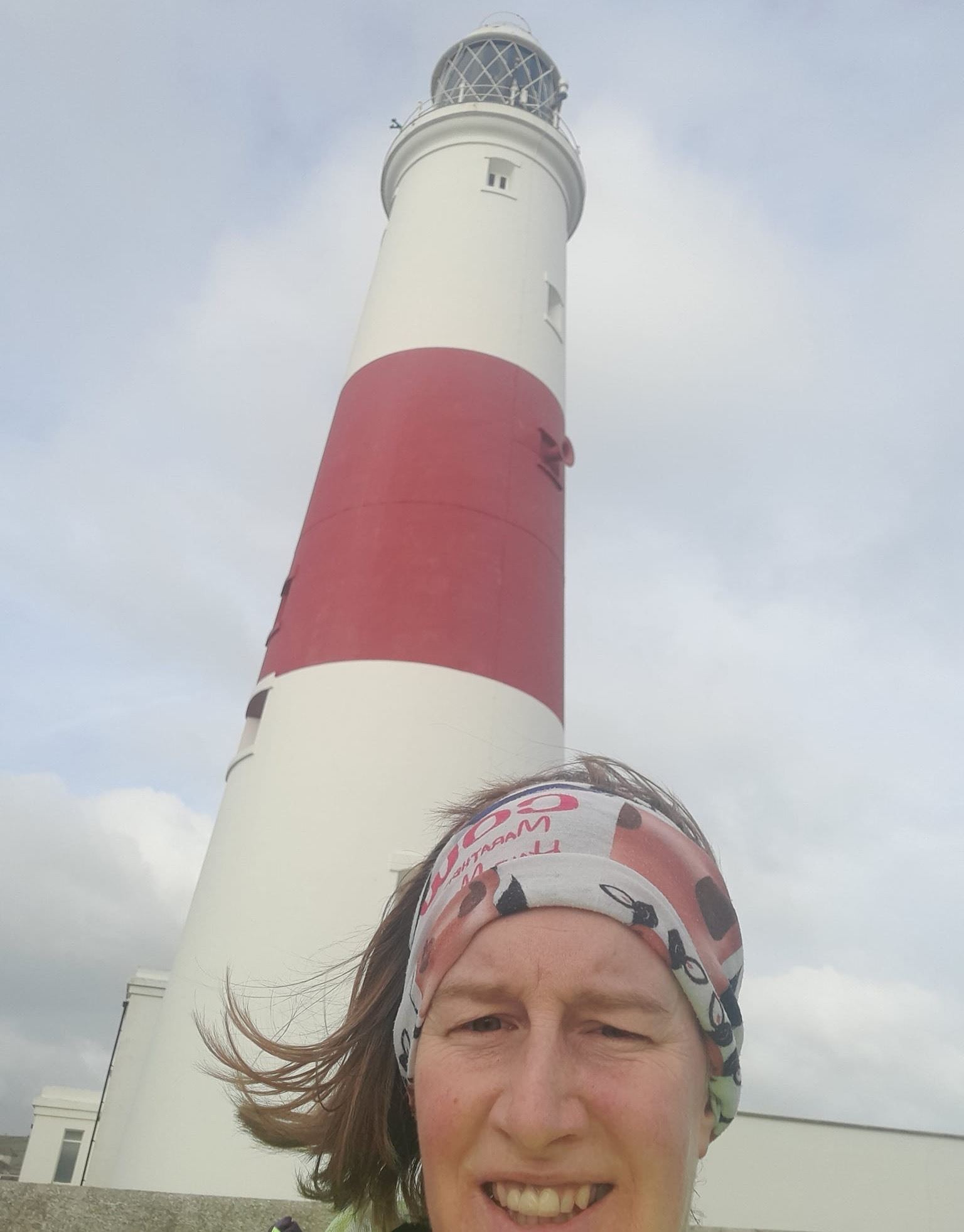 Well done to Mark Pike for a 3hr 23min a great time for a Park Run or was it a Marathon? 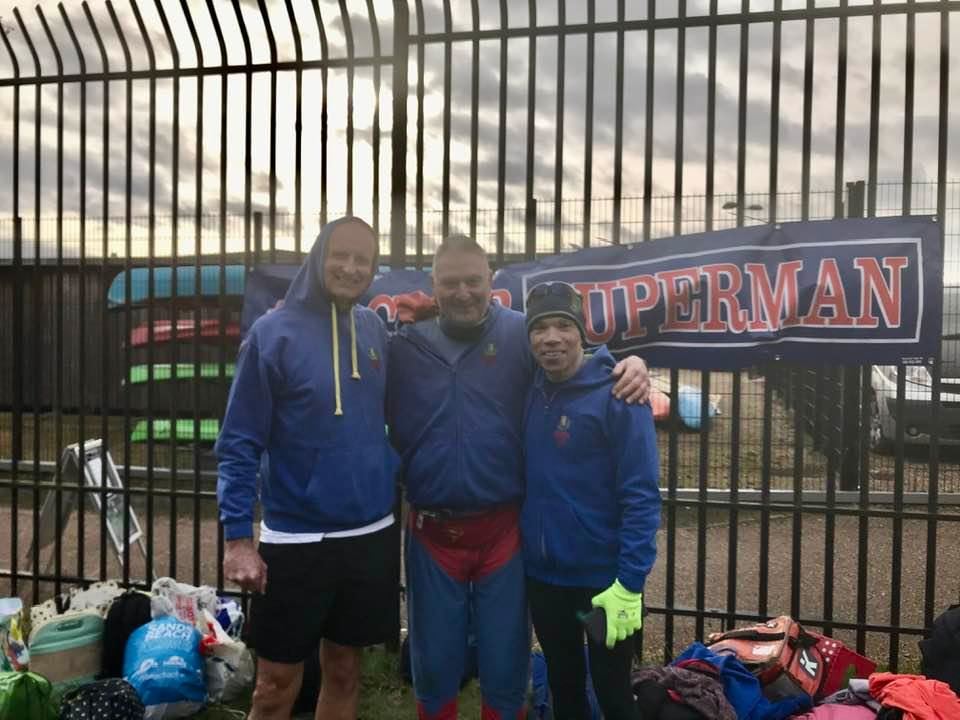 From Mark: Good turn out again for both our group and the fast group. I improvised a route going in an anti-clockwise loop for just over six miles, and avoiding the usual hill up to the golf club. Myself, Sue, June, Linda, Louise, Lesley, Paul, JC, Kirsty, and sorry I still don’t know your name, left the pub and ran along Newland to Castleton. We continued up castle town way. We turned left, ran past the school along St Aldhelms road, down the Bristol road, and down Blackberry lane. Turning right we ran along combe road, and turned up the stony path. Crossing Marston road, we ran along sheeplands and into the new housing. Crossing the A30, after a bit we were running along Bradford road past the posh houses. Leaving the town we turned and ran past Lenthay dairy house. The track become rutted and muddy before turning left to run past the primary school. We continued along Lenthay road and got back to the pub via ottery lane, westbury, the station, south street, and cheap street. Thanks to all, and to Phil for organising. 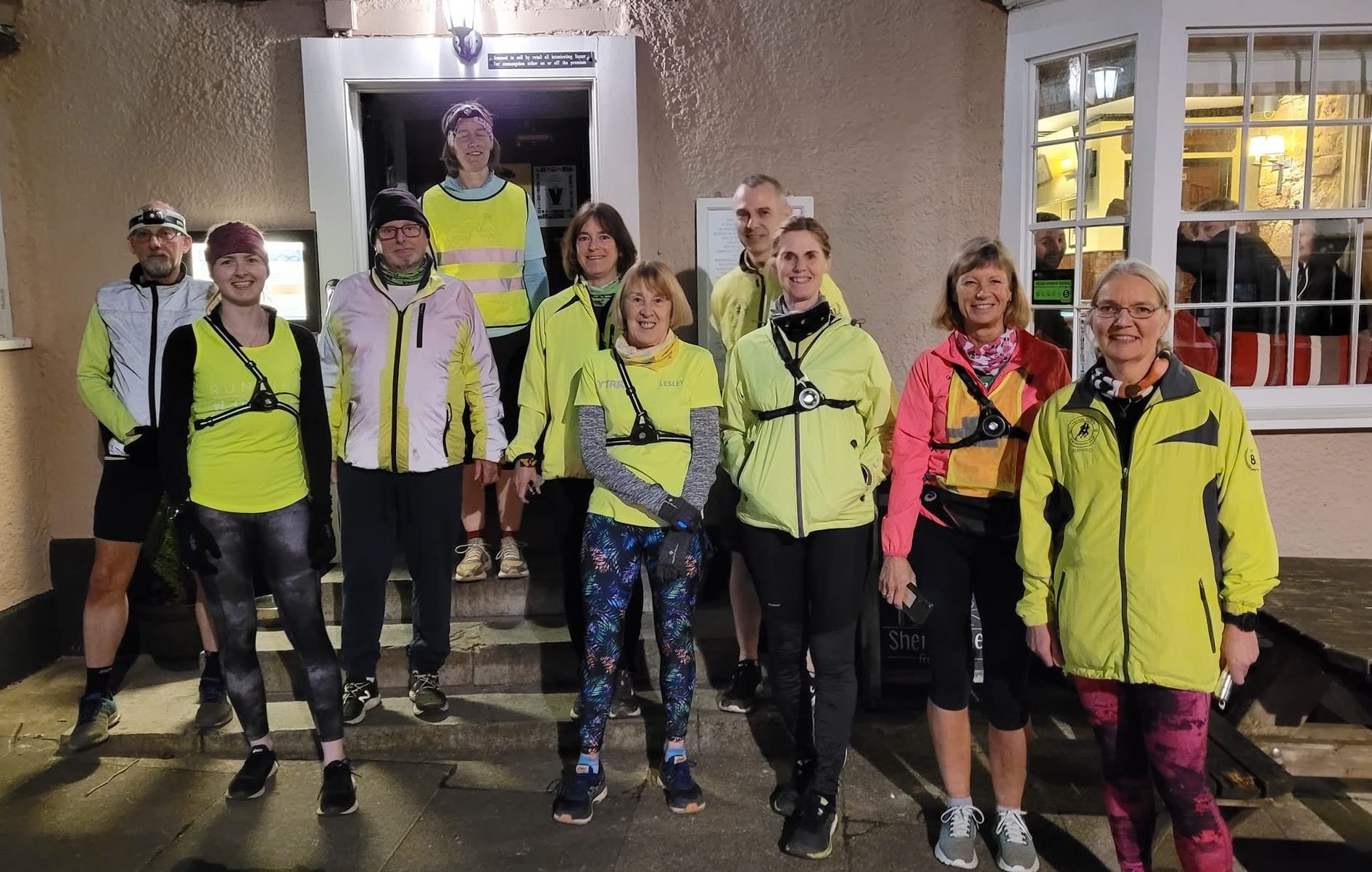 From Adam: Congratulations to Brian Mountjoy-Row on his 250th Park Run today at a beautiful sunny Weymouth Seafront Park Run. 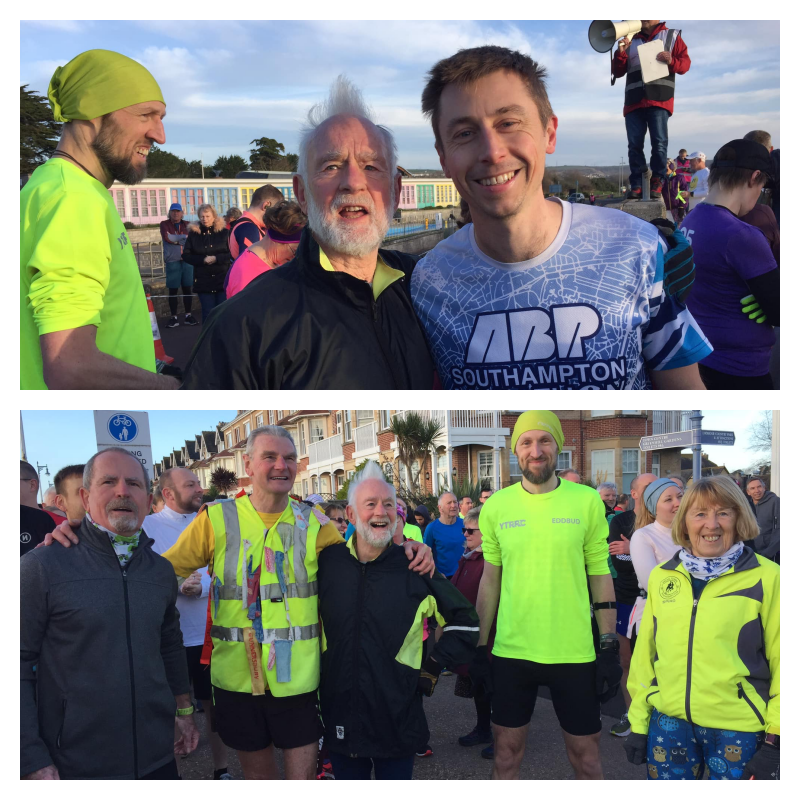