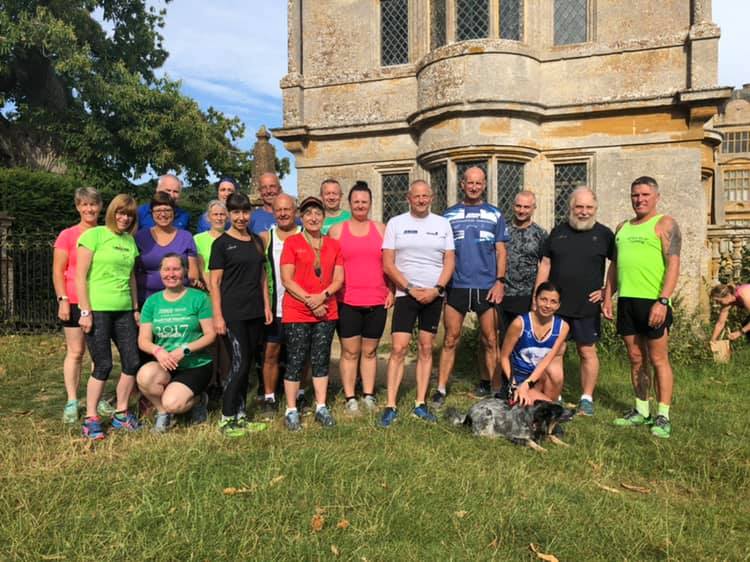 From Paula: Seaview 17 completed for the second time. I really wasn’t confident I’d finish as 16 miles is the furthest I’ve run this year and this race is 21 scenic, and very hilly, miles. Anyway I did, and 30 minutes quicker than last year! 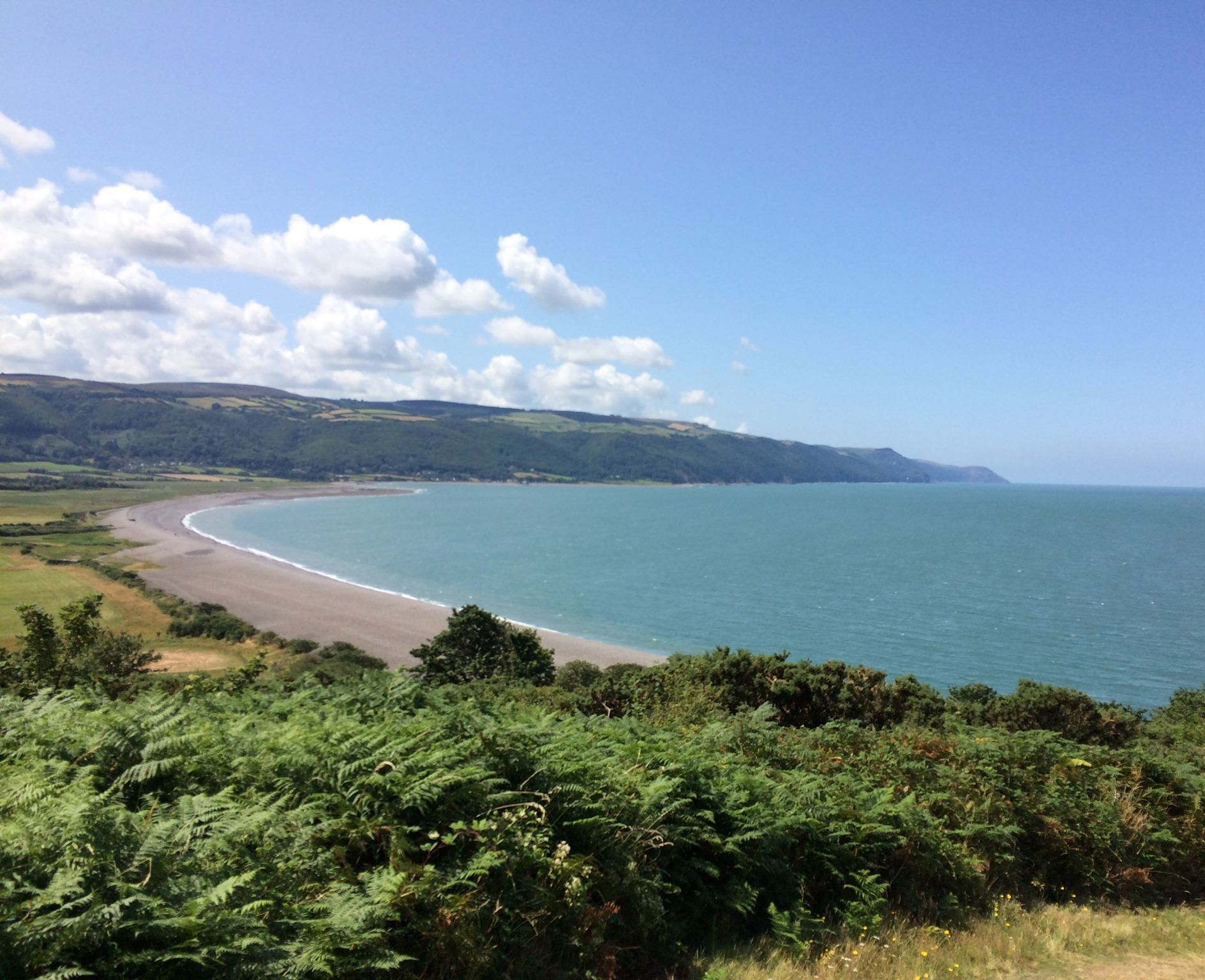 From Mags: Lee Valley Velopark 10k completed this morning. My PB attempt failed but not surprised considering lack of sleep and some drinks last night. Still 1st YTRRC runner at the finish line🤣 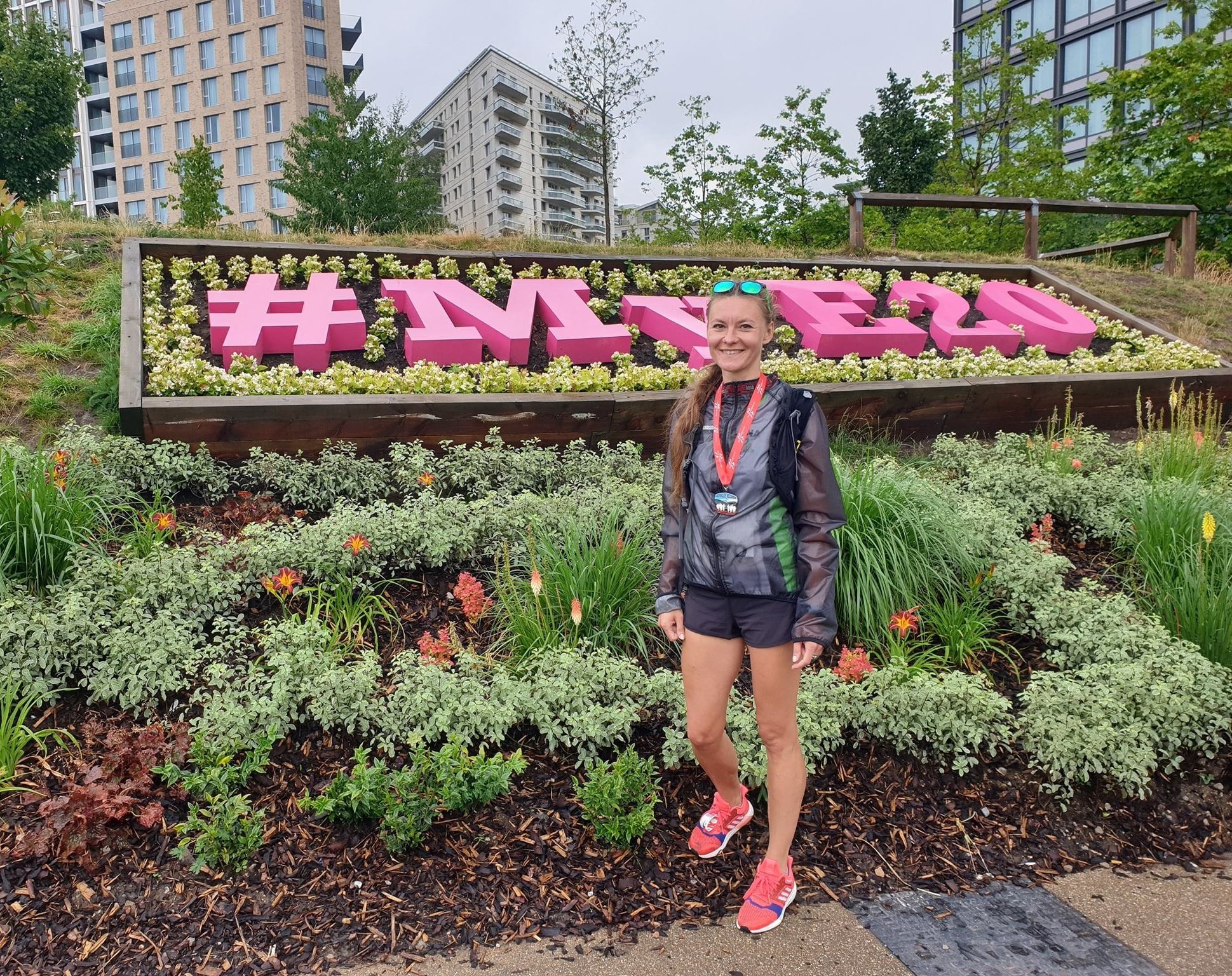 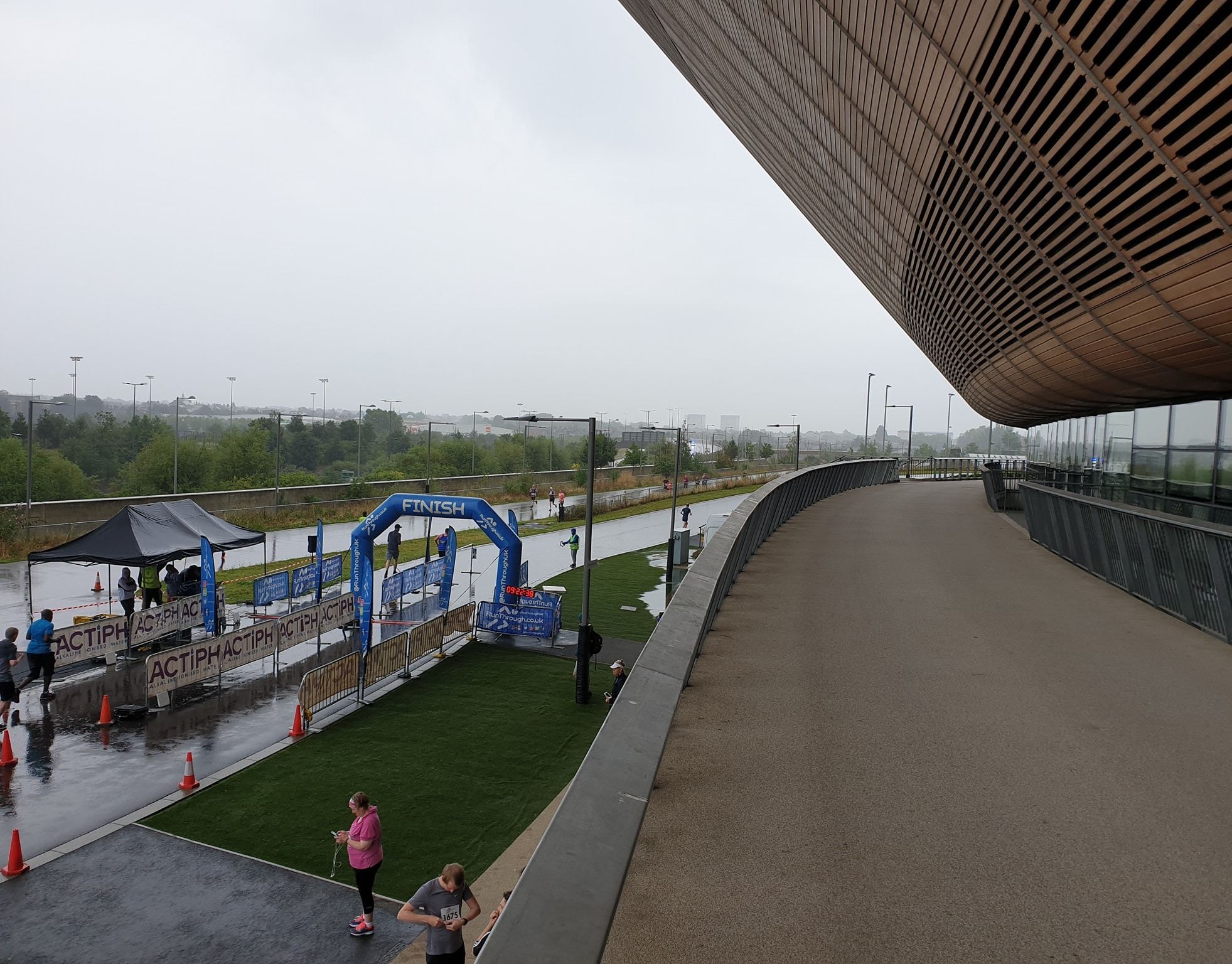 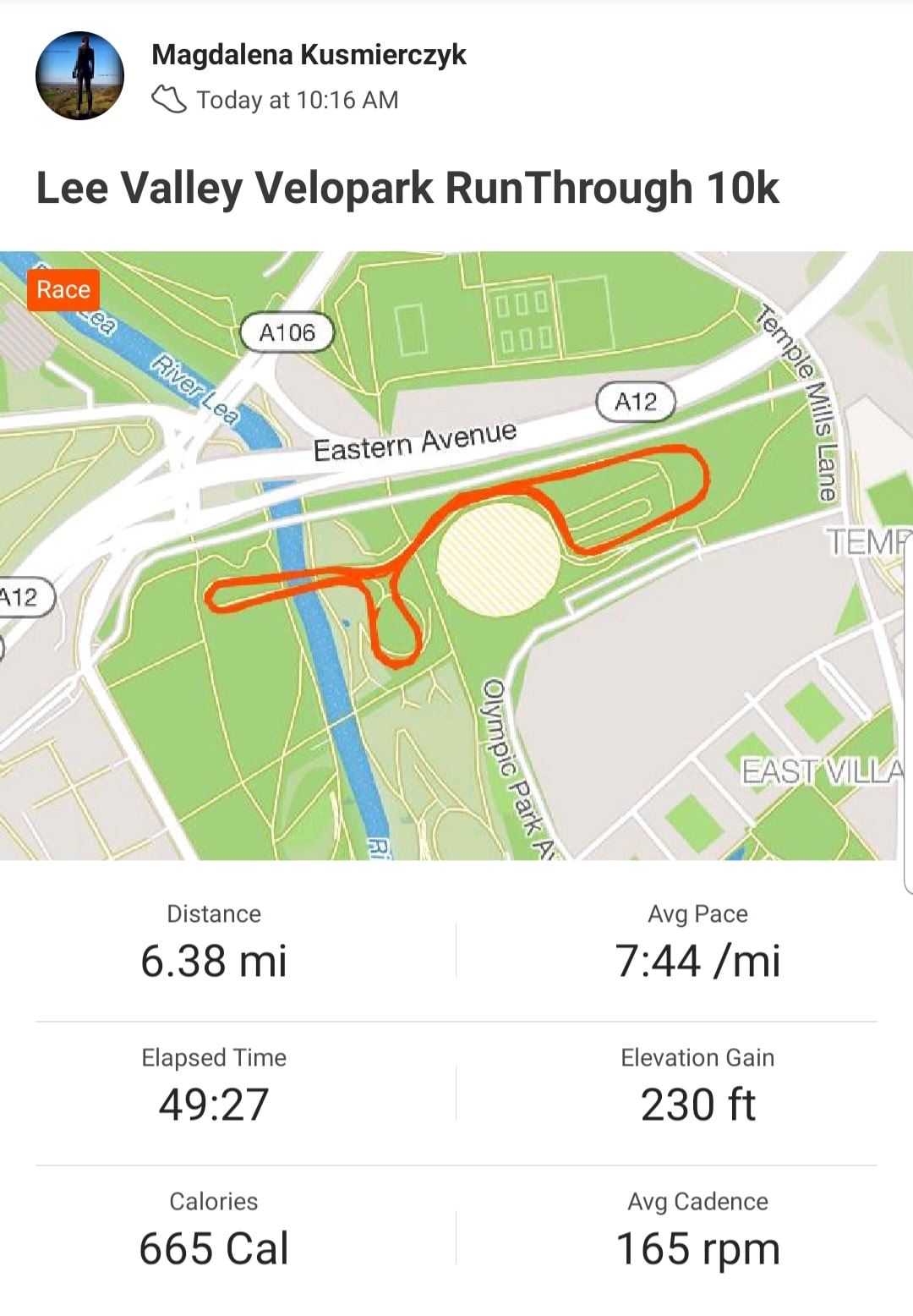 From Linsay: YTRRC does outdoor cinema at Yeovil show ground watching bohemian rhapsody. A bloody ace night with even Acer running friends. The 2-hour wait (obviously we had to get in when the gates opened to be sure of a good viewing position) was filled with drinking, singing and eating lol. Does anyone remember the film? In true YTRRC style, we all made sure we parked outside the showground to make sure we got a 5k walk in lol. 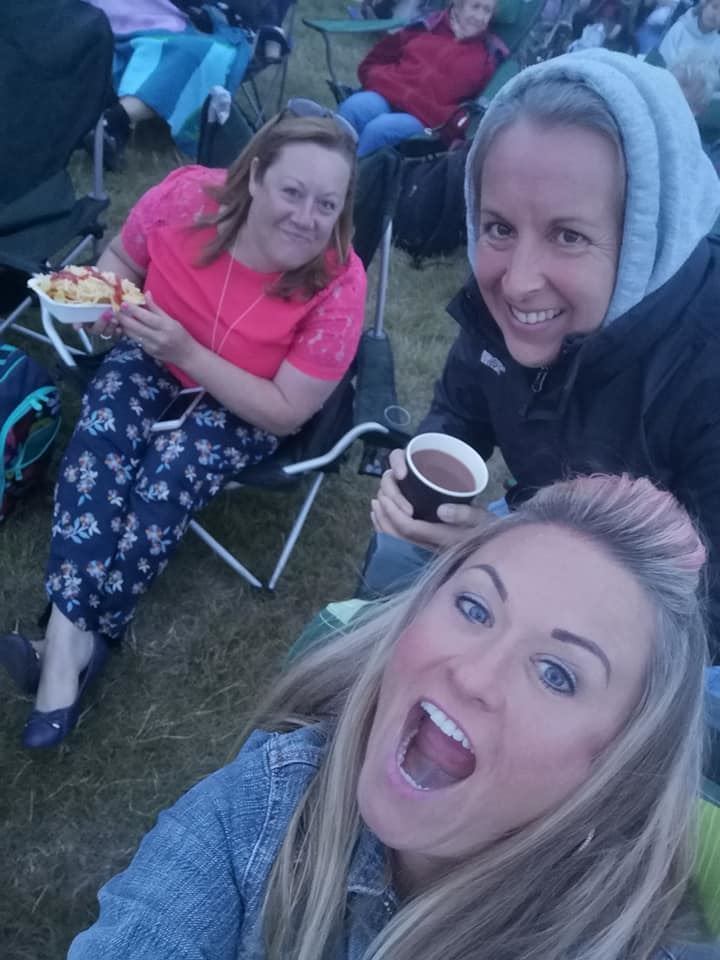 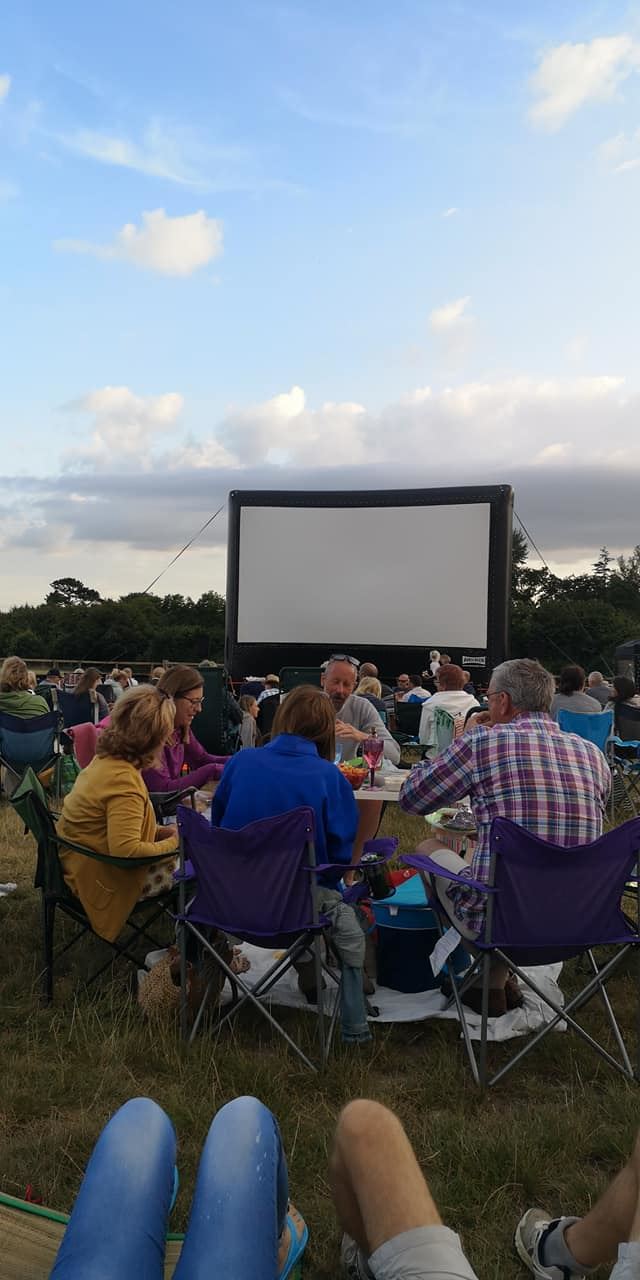 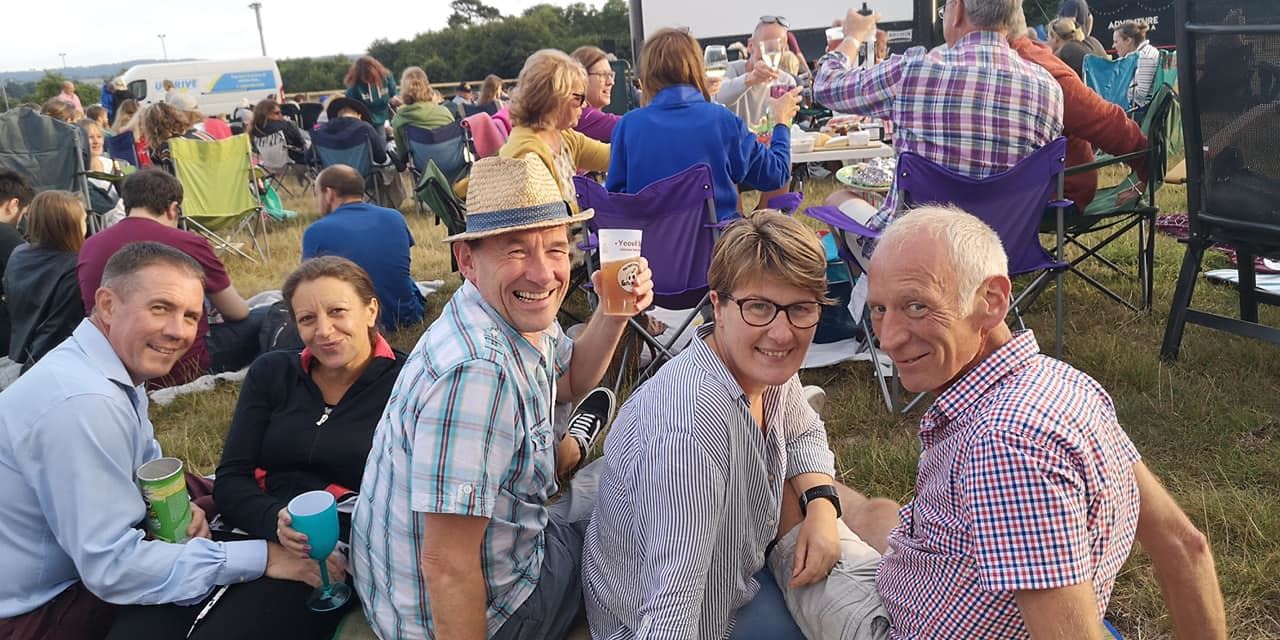 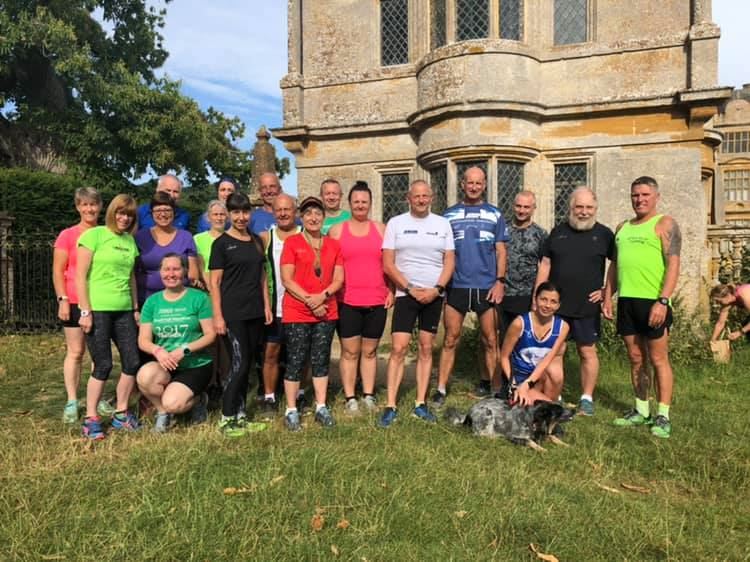 From Linda: Wammy parkrun with my family. A bit of parkrun tourism. 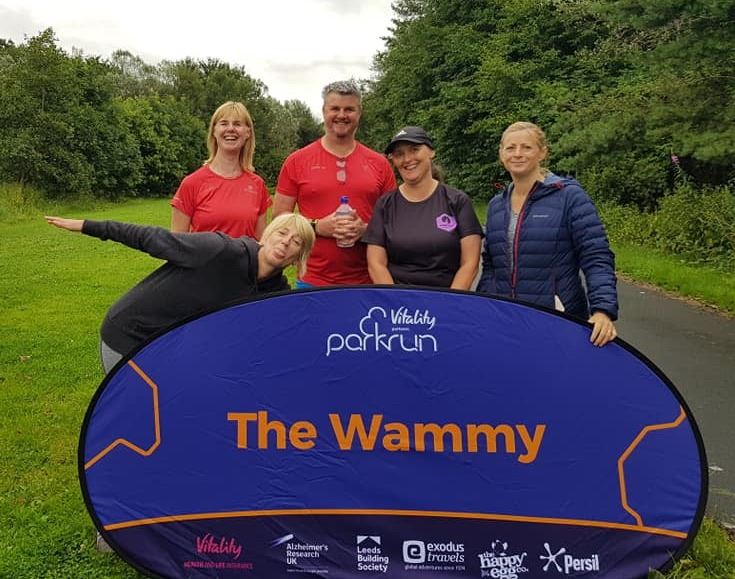 Parkrun Tourism.... all the way to St Mary's ( Bridport) me and Richard Dodge did 3 laps of this relatively new parkrun.  Had the pleasure of seeing Benjamin Mahoney who was first place (18.09) by quite a distance. Wishing his wife a speedy recovery following a very nasty accident at a Triathlon ( on bike) last Sunday .. 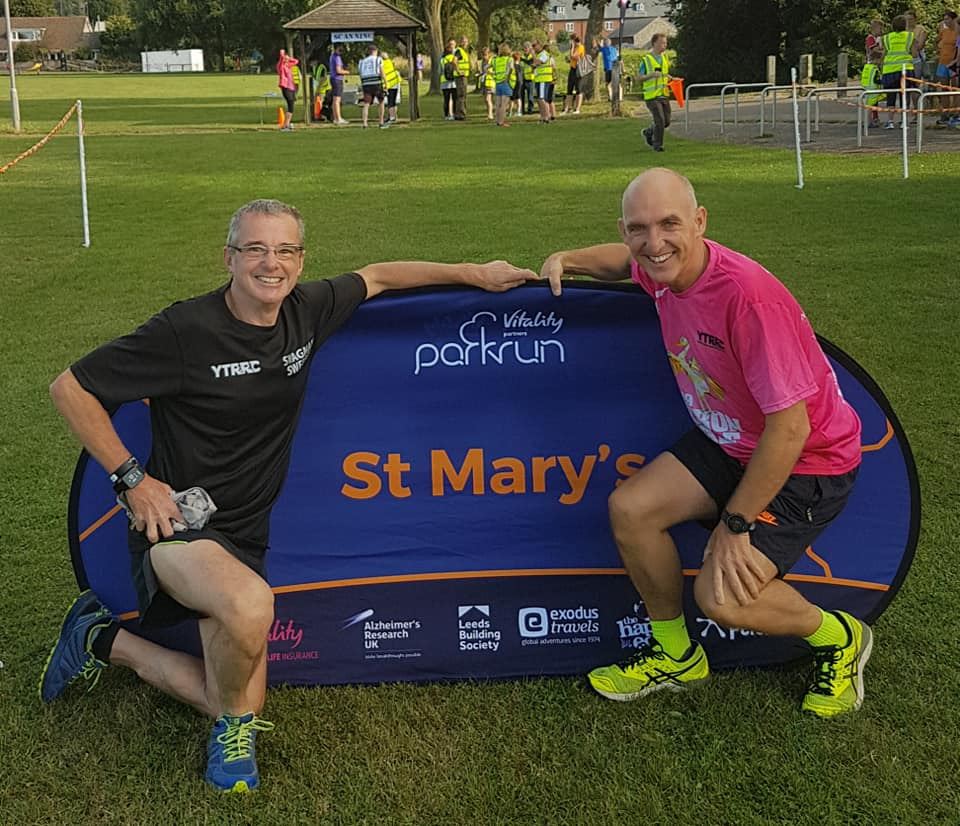 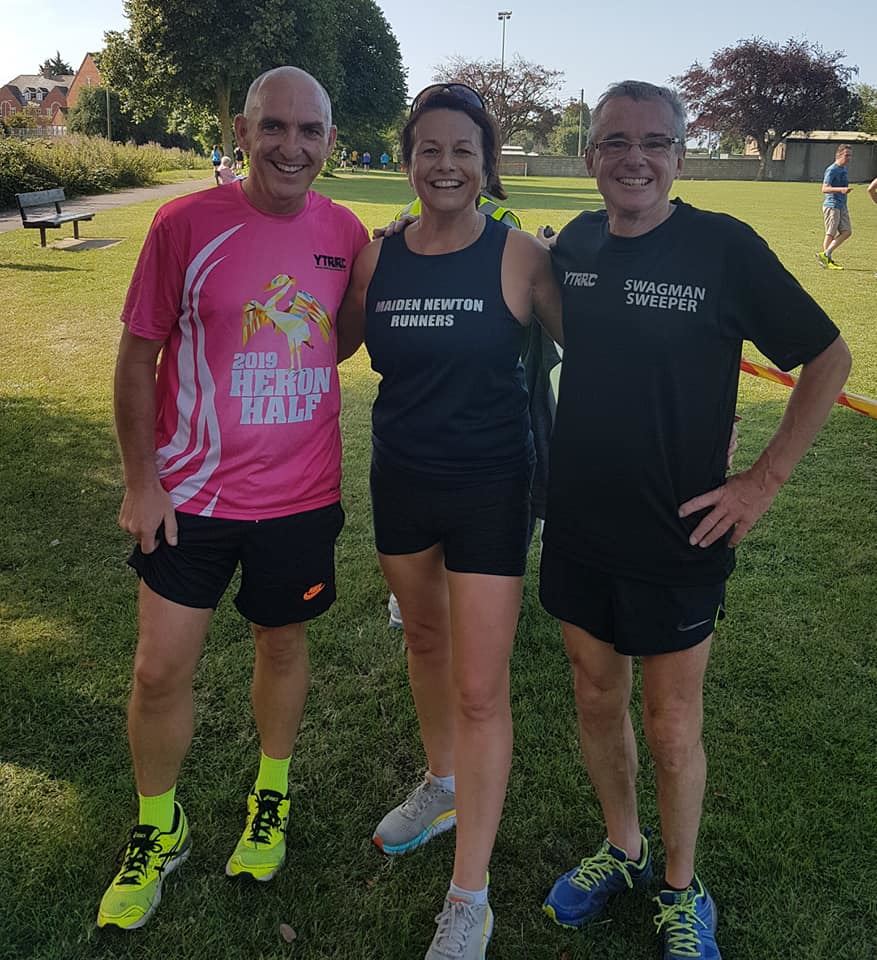 From Kev: Great Sunday Social with Kat Hurford Alan Chadbone ( seen Phil MacQuaidand Andrew Brown briefly) headed out for steady 8 which ended up being 10 and hopefully Dean who joined us is keen to become a new Club member.

From Lesley: Stoke Gabriel 10k ish, well it was actually 7.6 miles this year, completed this morning. This has got to be one of my favourite races. It's a friendly low key race, with varied terrain, a bit of road, along the shore, through woods, fields and stony tracks. The views across the Dart are amazing (unfortunately my view of Sharpham vineyard didn't come out). Medal, cider and bacon bap at the finish. I was first (and last) YTRRC runner! 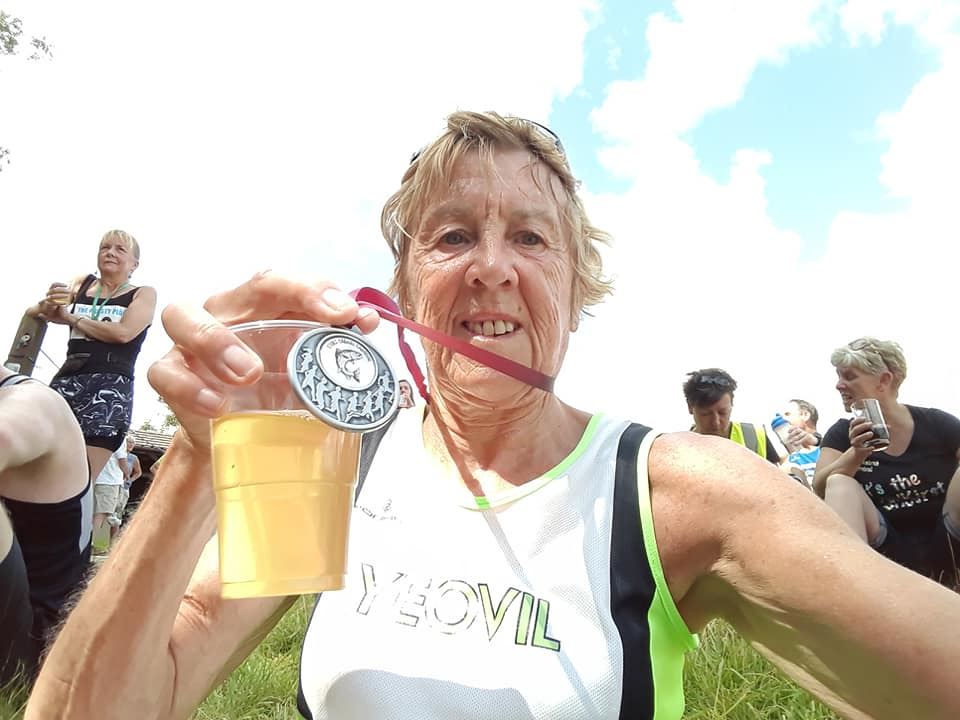 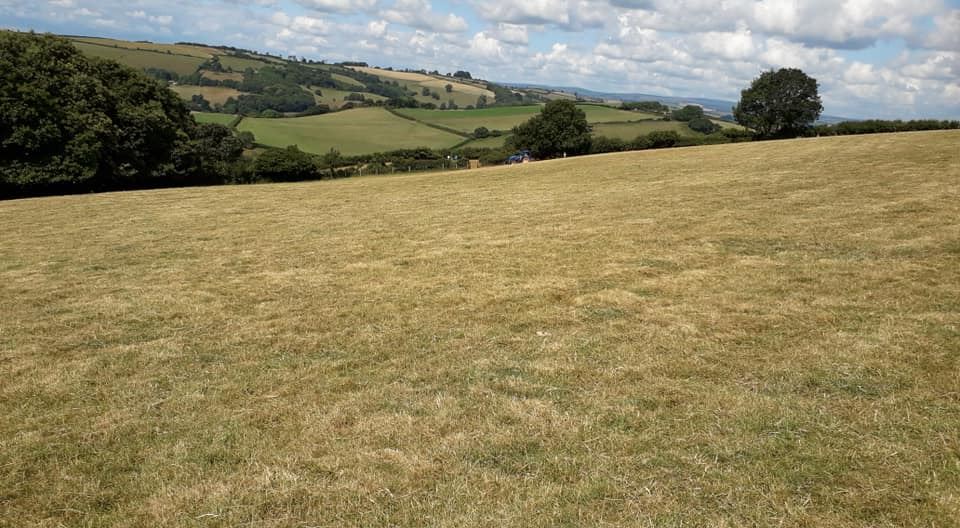 From Adam: Cheque presentation to Chris Burnett at the Town Tree Nature Garden with money raised at the Town Tree Trail Race. Our contribution is vital for the continuation of this fantastic resource. Thanks, Linda, Phil and Corinne. 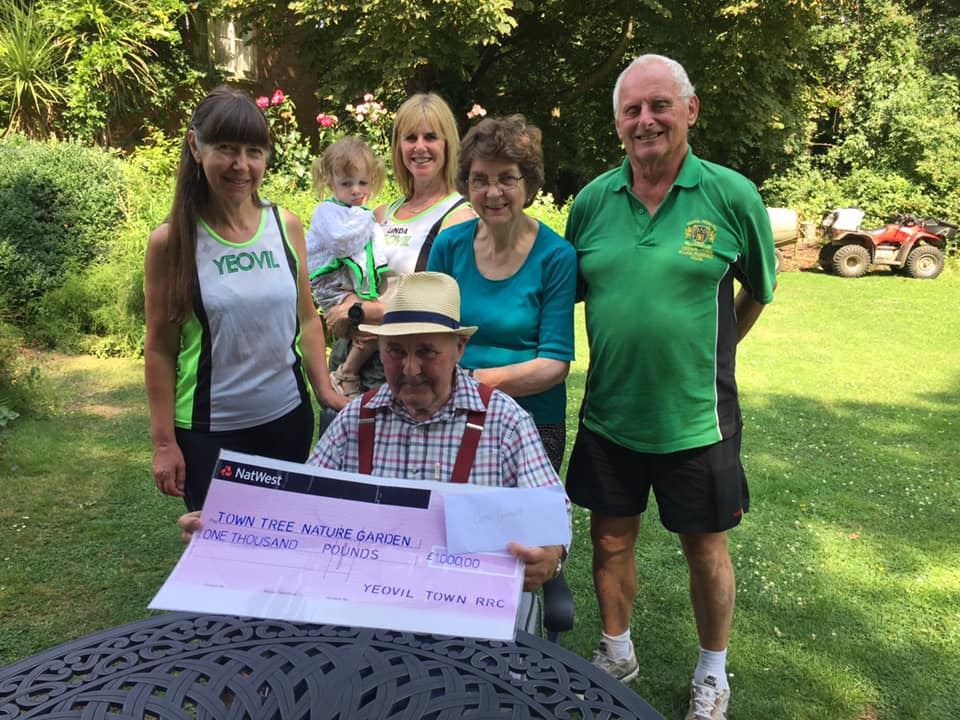 From Paul: Dear YTRRC, Gemma Hemma and myself would like to say thank you for the incredible gesture from a fantastic club. We have just become proud parents to Andrés who came into the world last Tuesday. Everybody is healthy and well which is all we can ask for. We will hopefully meet up with some of you at an event or run sometime once we are allowed to sleep!! 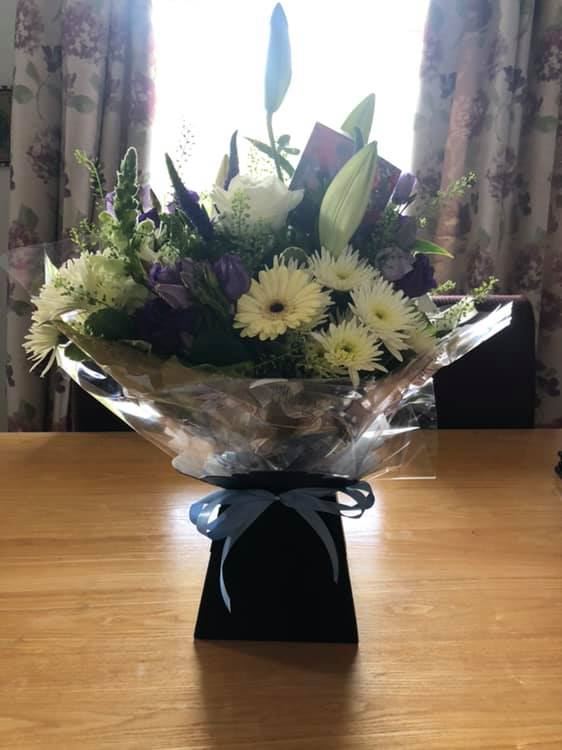 From Malcolm: The Frome half marathon was run on 21st July. Initially, the sun was shining but fortunately, it clouded over for the race itself.  The start was a bit chaotic as they started the children's fun run at 9.45 am and we had to wait until they had all returned, which delayed our start by ten minutes. Then the 5k, 10 k, and half marathon races all started together!  I did run the race in 2017 and remembered it as being hilly but this time it turned out to be more hilly than I thought but perhaps I am getting old!  Steph Breary finished in 1:43:51 and Jackie Casey in 1:48:51. My chip time was 1:54:50. I didn't see any other YTRRC runners at the race or in the results.  If I have missed anyone I apologise. Overall, it was an enjoyable race with friendly marshalls and numerous drinks stations.

The day was hot, but at about 6:15 just before the run it rained lightly then stopped. In the main group, there were 10 of us, and I had the pleasure of leading the group. I quickly thought up a route with some off-road early on. We ran over Stoford bridge, then turned right to run along the track to Cowpool farm. Out the other side of the farmyard were a set of paths along field edges some bordering Clifton wood. The paths turned to tracks passing Frankham farm, and coming out on the road at the western edge of Ryme Intrinseca. We continued westward along the road and crossed the A37. We continued along Netherton lane, passed the waterworks, ran under the railway line and came to Gouse Slade farm. Brian and June had taken a short cut leaving 8 of us. We continued toward Darvole, and crossed a field to the A37 once more. We ran into Barwick, and did a loop around the village before running back to the pub. The distance came in at 5.3 miles. Thanks all for the run, and thanks to Alison for the photo. 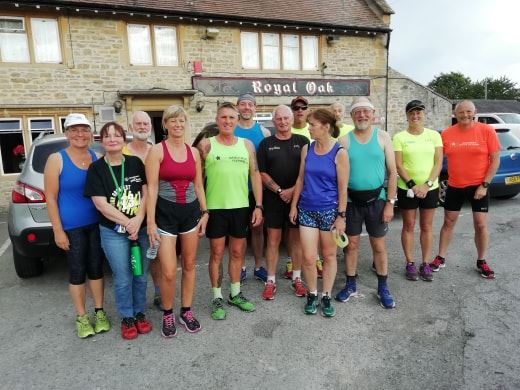