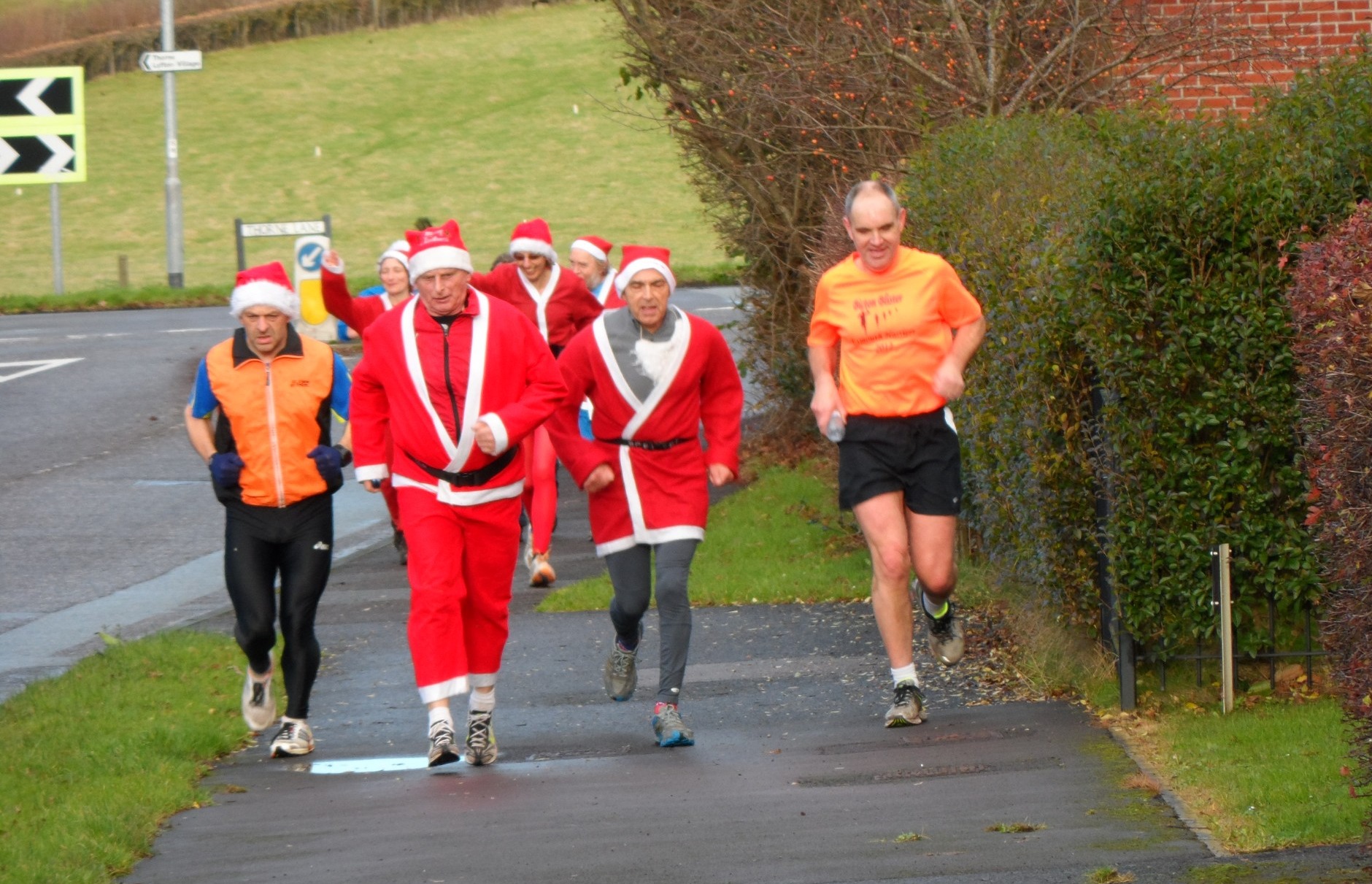 From Kev:  With things being slightly different this year. No Santa Dash, Phil Mac Quaid historic Christmas Day Santa run being challenging and reduced numbers if at all. How about 19th-25th , do your own thing in Christmas themed items, but get your kids/Grand kids involved ...

Santa Dash was 4k .... but anything from 1 mile and above is then inclusive for little legs .. Again subject current/New rules and normal photo post to Group, Joanna feel free to add caveat here if needed. Any thoughts ? 1) Rules : Must have at least 1 item of Christmas paraphernalia on.

From Graham: Shortest day virtual relay race on the 20th December (not 21st as thats a Monday!). Same principal as Fran's very successful longest day relay race, who's up for this? Steve's kindly offered to put together a video, & Kev has kindly offered to do the medals. Sun rises at 8:11am (so we get a lie in) with the sun setting at 4:06pm. Need the usual video's of you receiving and throwing your hats. Club colours to be warn! Once I have the numbers I'll workout how long you need to run for!!!

The Run to Scotland Continues

remain our only finishers...

Its been a strange week, and even stranger is that Yunmi Jang has left off with running while almost in sight of the finish at 871 miles and just 2.18 to go! The picture added even shows how flat the last bit is!!!

Meanwhile, Graham Still is also on the flatlands around J'oG as he crosses towards Thurso and the North Coast. He's on 845 miles and close to the nearby Banniskirk village and their quarry which might prove interesting. Catherine Thompson isn't too far behind on 870miles and with "just"53 miles to go will soon leave the Berriedale area and their castles before also heading to the North Coast. Unfortunately, Daniel Stephen James McFarlane

remains rooted to the spot on 774 while James Hutt edges closer and closer as his 728 miles takes him over the Slochd Summit at 1315ft (401m). This summit often sees snow, so please hurry up James, we don't want to lose you getting stuck building snowmen! Love to you all and see you soon, although I think I may have to join the beginners group when we're back! 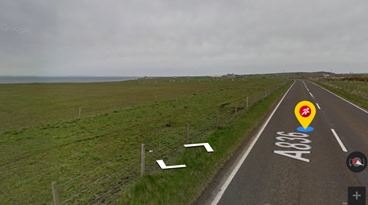