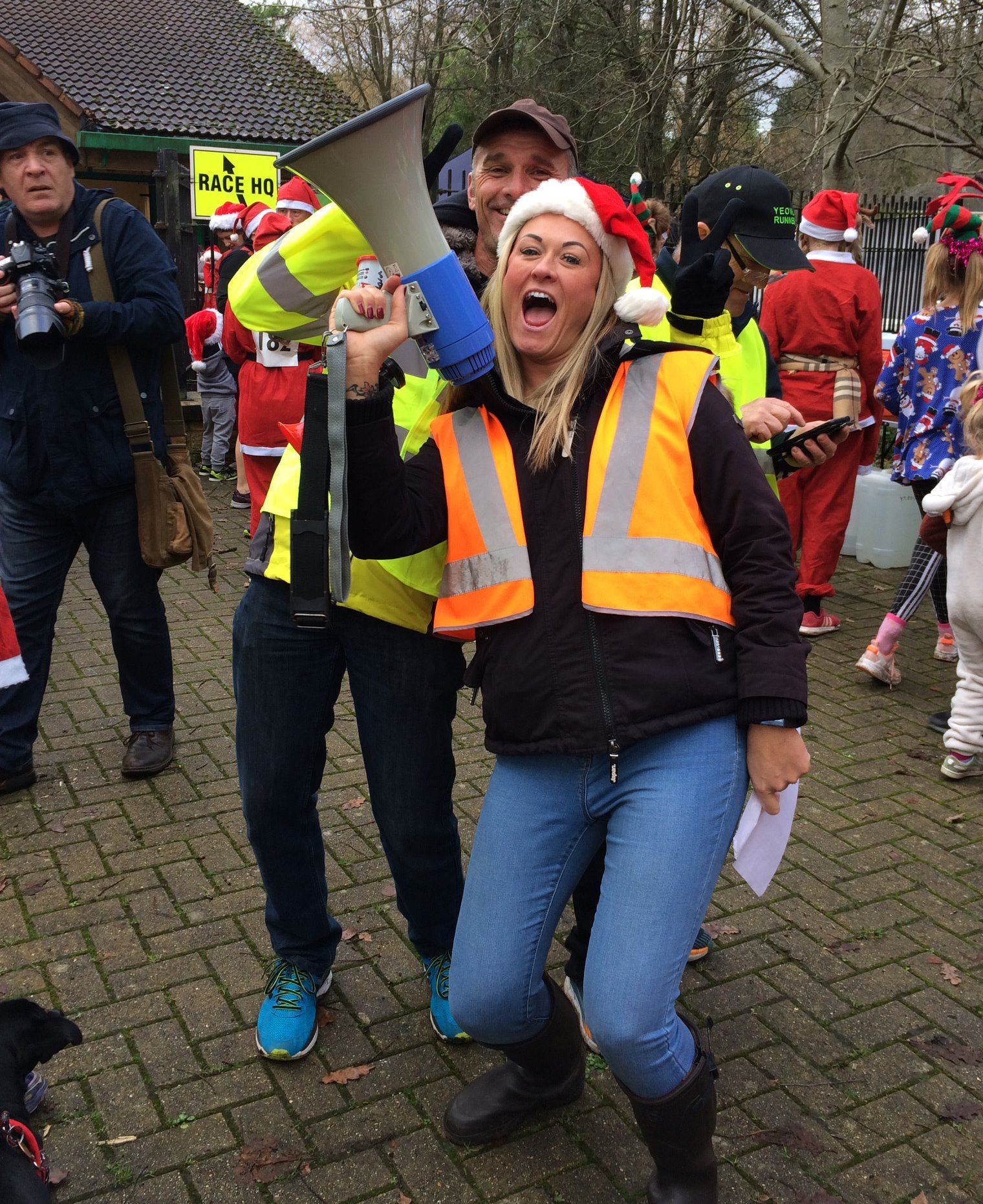 As I was in Lanzarote last week I have put this in, sadly no one did a write-up but form Lindsay:

Please, can I mention a big thank you to all that helped at the Santa Dash on Sunday. It was a great race for a great cause with over 200 runners this year. Still waiting for the total amount raised and will announce the date of cheque presentation when I know. Next year's race date is 8th December. Big thank you to everyone who helped in any way they did, it's so appreciated. Merry Christmas all. Love Lindsay Saunders, race director xx

From Graham: 7 days until the start of the 100/50 mile challenge in seven days, 17th Dec to 23rd Dec. I know a couple of you have had to pull out for various reasons, so have removed them from the list. Anyone who is struggling with child care then treadmills are allowed!

Please remember to be safe out there especially in the evenings, try & run in groups or pair up if possible. Finish line on the Sunday will be Cooper Mill, more to follow on that.

From Sue Mallinson: Well, it was a chilly and very hilly route, but Tim Willis and I embarked on the Wellington Monument 10k this morning, Tim did well and was first YTRRC male with me around a minute later as first YTRRC lady. No medals but cider for all. (we were the only YTRRC runners).So first/last/best/worst, but we did it despite the steep hill on the outward leg.

Wednesday 19th at 2.00pm.  If anyone is free and would like to join us please come wearing a YTRRC top.

PUB RUN – HENSTRIDGE (13th December 2018)
Jeff Watson organised and led the Pub Run tonight from the Virginia Ash. It wasn’t freezing, but it felt cold probably due to moist air and some light wind. We ran east then turned left running through Whitchurch heading towards Yenston. We turned right and Park Lane took us back down to the A30. We crossed over at Bellman’s Cross. At one time the man must have had a Bell. As we ran towards Henstridge Marsh it became industrialised. We stopped to regroup opposite the Airfield. Half a dozen or so dogs began barking in the darkness. We turned right and ran on. At the end we turned right again. Running along Landshire Lane It was nice to see farm buildings decked out in Christmas lights. We came out on the main road between Stalbridge and Henstridge. Turning right the final leg took us up through the middle of Henstridge back to the Pub. It was nearly six miles. The pub was warm, and there was a large metal tea pot full of tea. Thanks Jeff and all it was a great run. 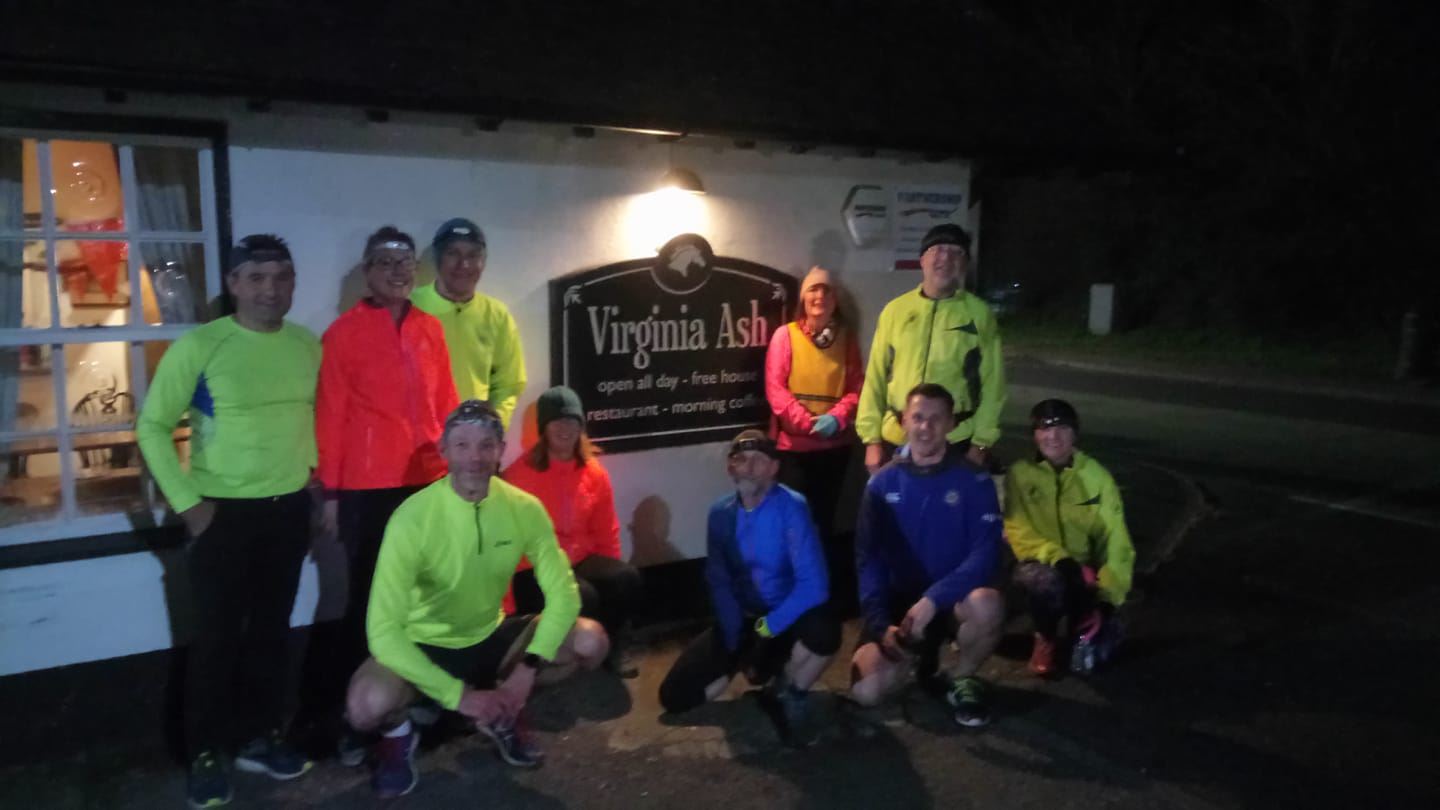