Please Be the End 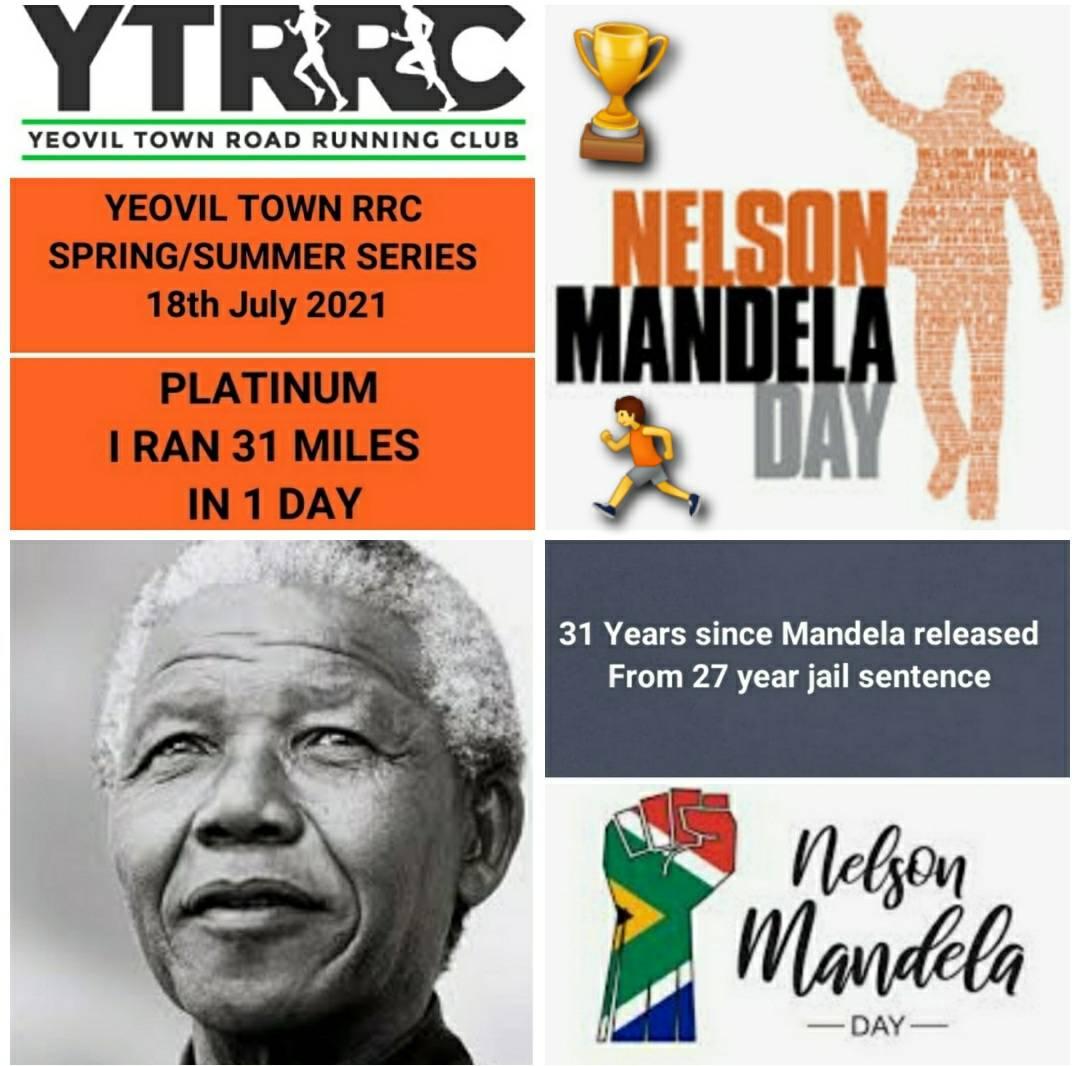 Tristram Clark continues to make the challenge harder as he stays on 100.32, meanwhile Lauren Jessica, on 192.24 slips behind Sara Driver on 193.25 - and while I will give Sara a talking to, Lauren had better get her mojo back, or I'll be talking with her Mum!

Angela Claire stays on 226.83, but Kat Hurford is making great mileage as she reaches 259.14, so she's now past Land's End and no doubt being glamourous at the local glamping pods, taking a rest between 5Ks

Shaun Powell has reached Penzance on 268.47, while Natasha Turner is on 305.04 at Coverack Headland. Also over 300 miles is Nat Robins on 305.78, meaning she's rounded the headland and is in Coverack itself!

Matt Driver has reached Flushing at Gillan Creek on 312.2 miles, perhaps soon caching Martin Alderman who is still in Swanpool, Falmouth on 325.11

Nichola Chesterton has reached the other side of Falmouth estuary, and is near Portscatho on 336.78 miles. Meanwhile, Claire Shucksmith is at 350.96 which gets her to Penare National Trust!

On her birthday weekend, Donna Reeves has reached Foweyat 373.81 miles!

Having crossed both the River Fowey and River Plym, and going onto 414.33 is Richard Clayton, so he's back in Devon now! However, literally just up the street on 414.6 is Louise Ward too!

On 426.34, and after Plymouth, Anita Garrett is back into the countryside at Netton, with Casper Harvey in the next field on 426.59!

Meantime, just four miles away, Adam Hawkins is at Battisborough Cross on 430.29. Then there's a bit of a gap and then we have Linda Membury on 461.76 at Beesands, then Sandra Levett just three sandy miles away on 464.85, and on 465.59 just up the beach at Strete is Sue Mallinson! Good team running happening here!

Marie Lockwood is back up on the cliffs on 477.72, just after Coleton, and Kate Gowers has reached Paignton on 488.33 (by the way, when its next on, the Torbay 1/2 is fun, and you can visit Paignton Zoo after!).

Sharon Hardy hasn't got time for that, she's dashed on to Torquay where she's on 492.14, almost at the big 500! But Mark Copping has already hit that target (using Tuesday club evenings to get serious) as he's now on 501.08 at Labrador Bay - which I thought was in Canada!. And then with people finishing on a weekly basis, Paul Thomas is on 535.07 and at Seaton, so with a little under 100 to go, no pressure, but surely by this time next week.....

I plan to make an Event for you to book the AGM so we know the numbers and what food you want. I will do this hopefully next week and I will post it on Facebook once it is done and on the Blog next week.

From Phil:  Date for your Diary

Start time to be confirmed but usually finished by 2100 (9pm)

As usual a “Sausage & Chips” meal will be provided

• The AGM is to hear the Chairman and Officers Reports

• Vote in the Club Committee as required

• Approve any items required under the Club Constitution or Club Rules.

General Club questions should be addressed to the Club Secretary for inclusion in the Monthly Club Committee Meetings Agenda. At the next Committee Meeting a decision will be made on whether or not to run “The Chairman’s 5K Handicap2

Tuesday is at Goldenstones as Yeovil are playing at home, we have decided to keep the Groups as per lockdown hopefully for the last time.

From Bungy: So this morning we met at Odcombe and went for a hilly road run with the odd bit of muddy trail thrown in, we saw a few sites that I have never seen. 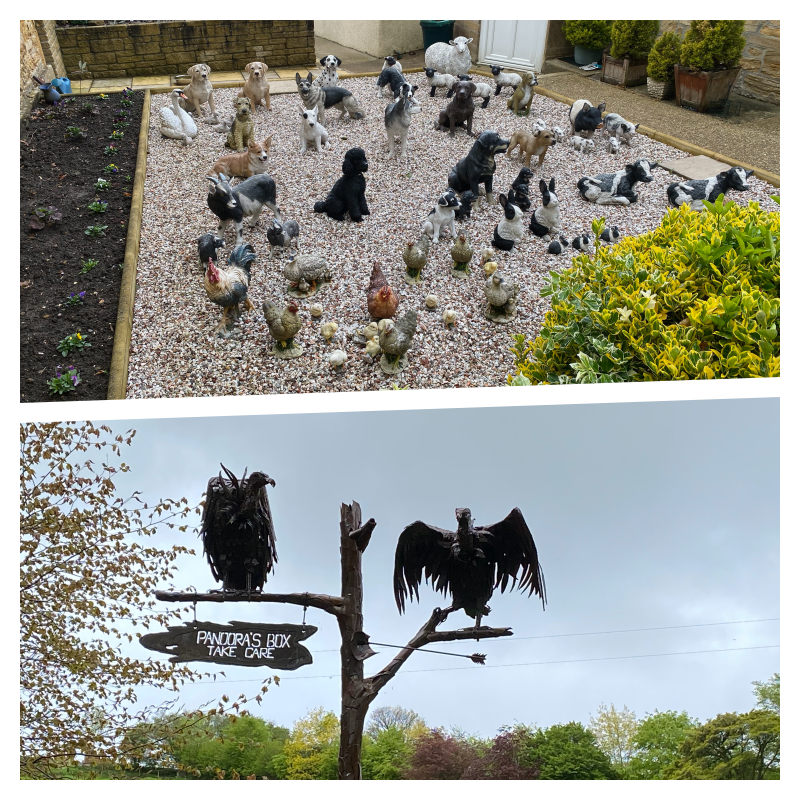 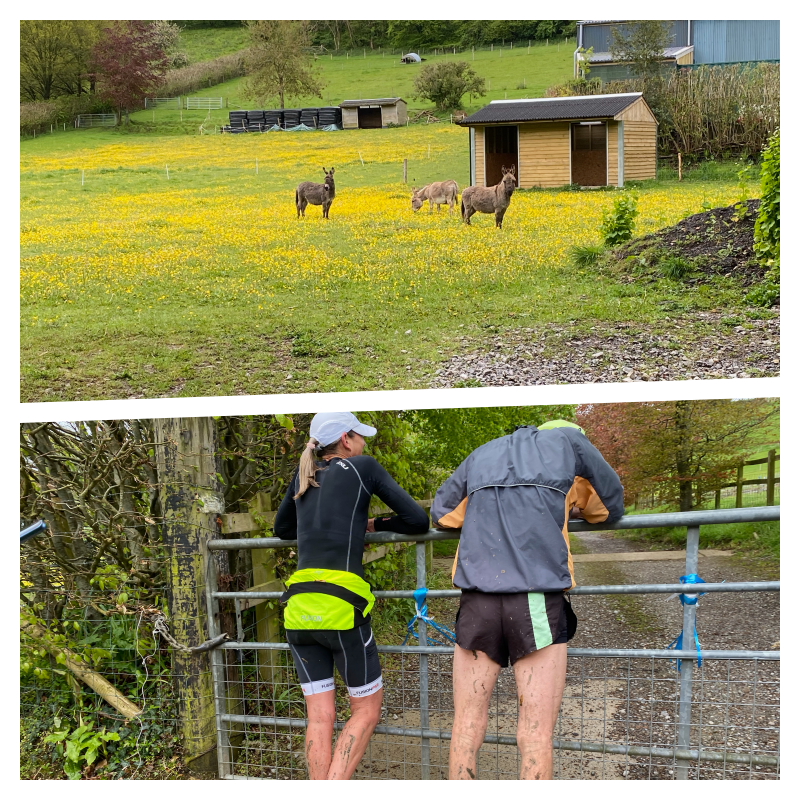 The route took us down to Chiselbrough then to Norton, up the hill to Hamhill then down to Montacute House and then back to Odcombe. Thanks to Richard for the route.

From Sandra: Moreton Virtual 10 mile this morning with Mel. Rain as predicted, floods caused change of planned route , so there and back instead. Zip failure ( or lockdown forcing it . ) allowing me to feel the full effect of our wonderful weather! Rain held off for a cafe lunch afterwards.

From Jo: Lovely Sunday morning run with Linda Membury & Amie Georgina Bennett. Didn’t quite make it back before the heavens opened but hey, what is a drop of rain 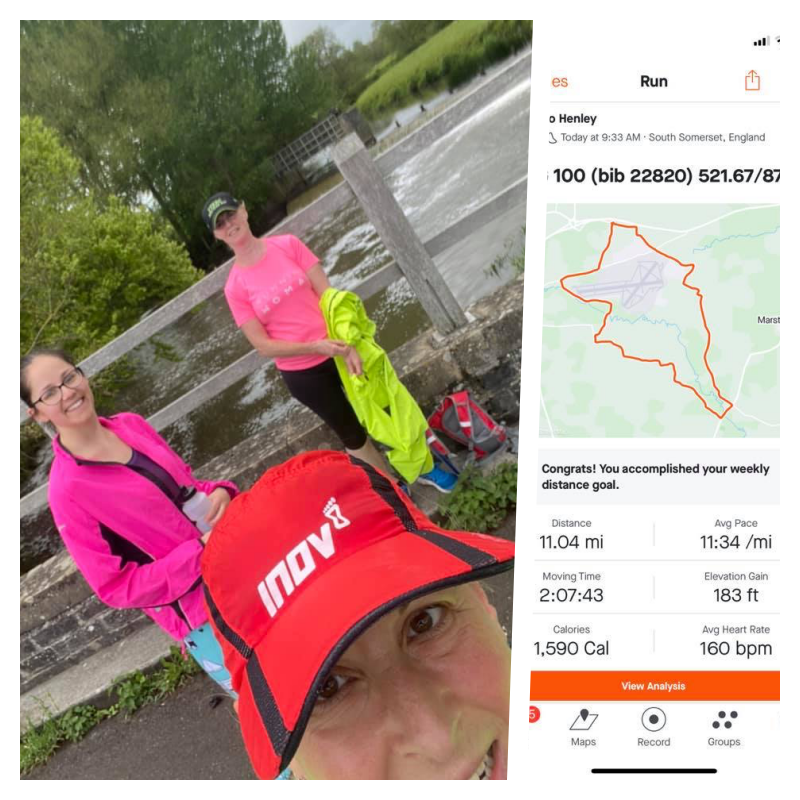 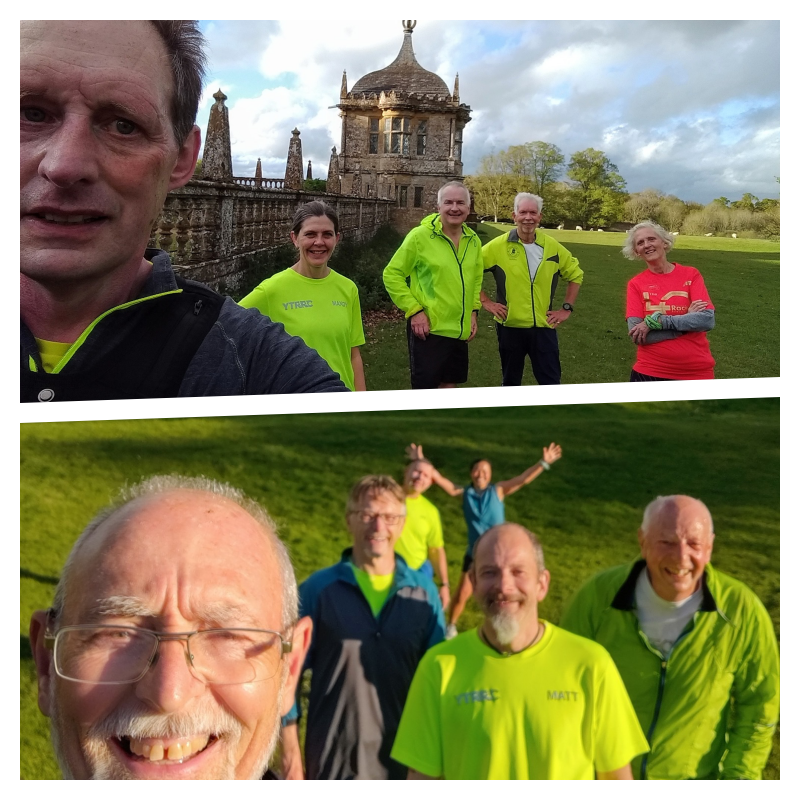 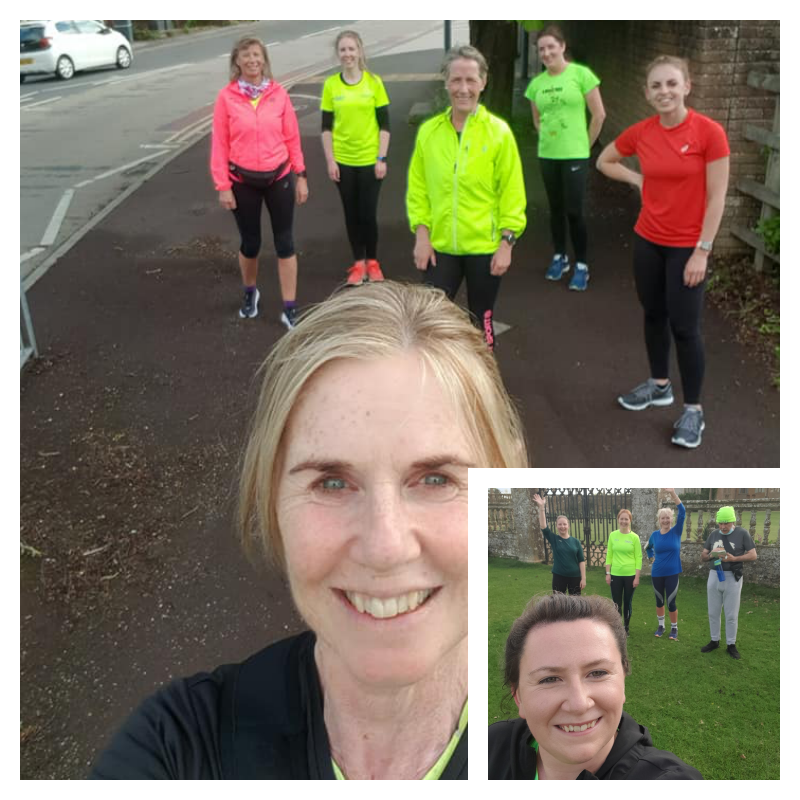 The Yellow Brick Road on a Saturday Morning. 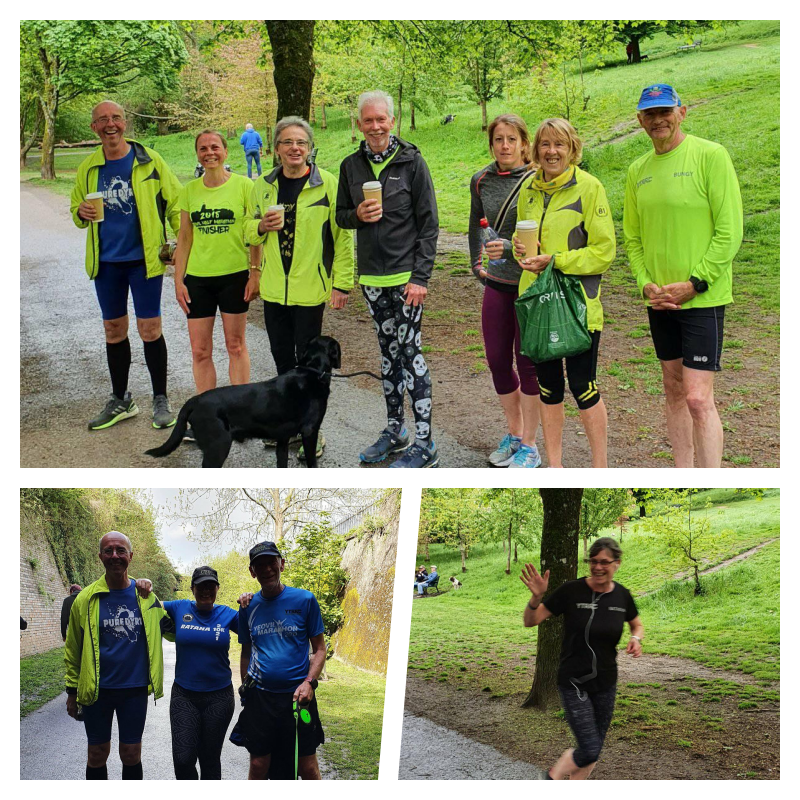 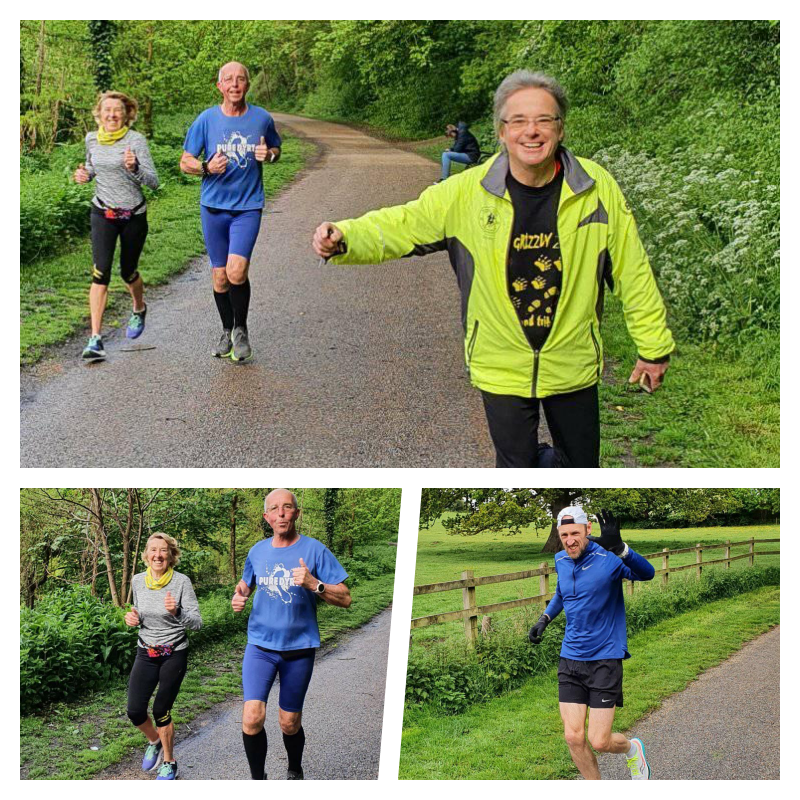 From Kev:  18th july is International Nelson #mandeladay . 2021 will celebrate 31 years since his release from 27 year imprisonment. This will be a tough challenge and just 2 weeks after Ham to Lyme .

Its 8 weeks away and 7 days is achievable, from now increase weekly. Mileage gradually and include daily split runs/ walks on challenge week. 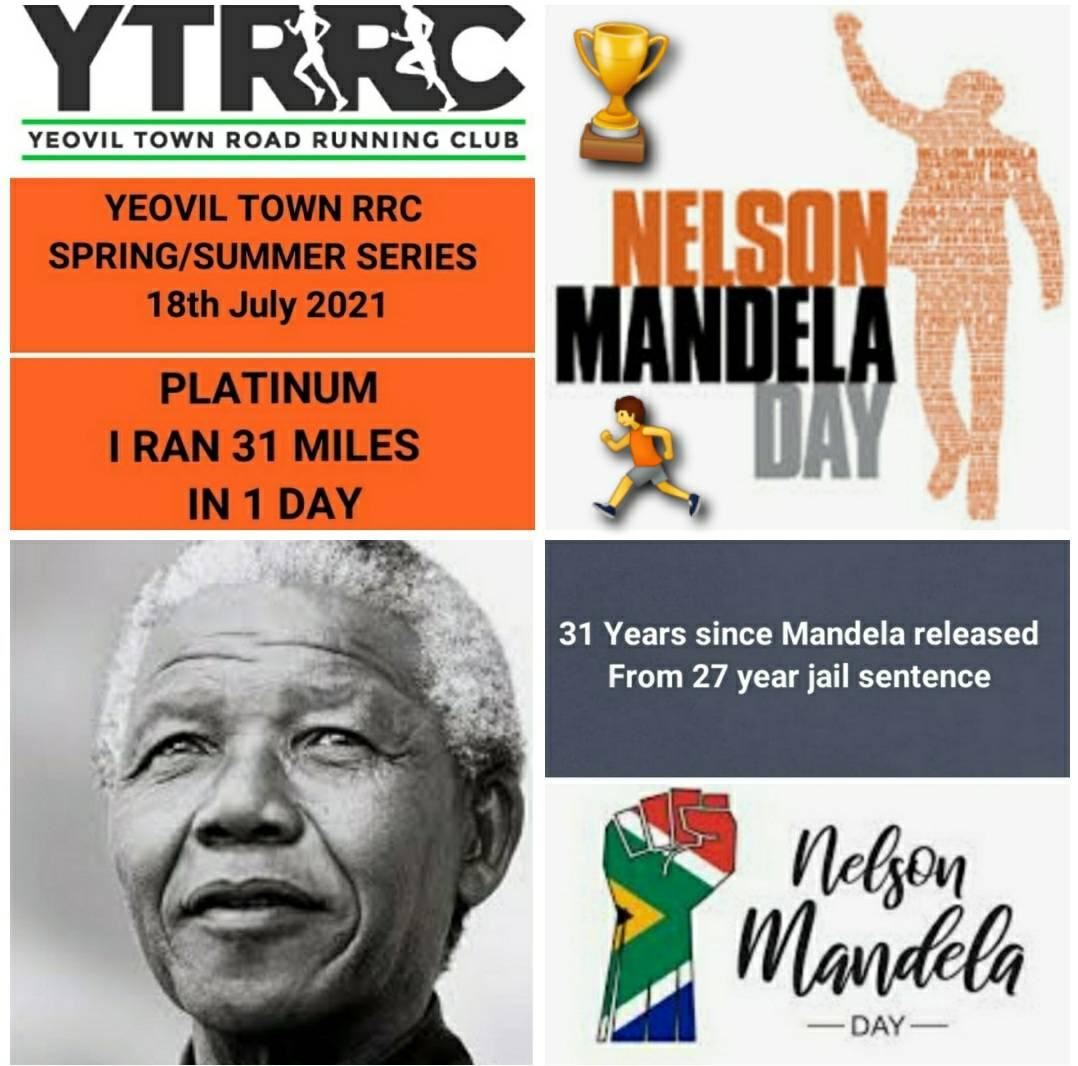 From Sue: Tuesday night "club run" in Whitby, a wet but picturesque run if not a tad lonely, tried to find the least hilly route. Didn't risk running up the 199 steps,but did do two at a time. 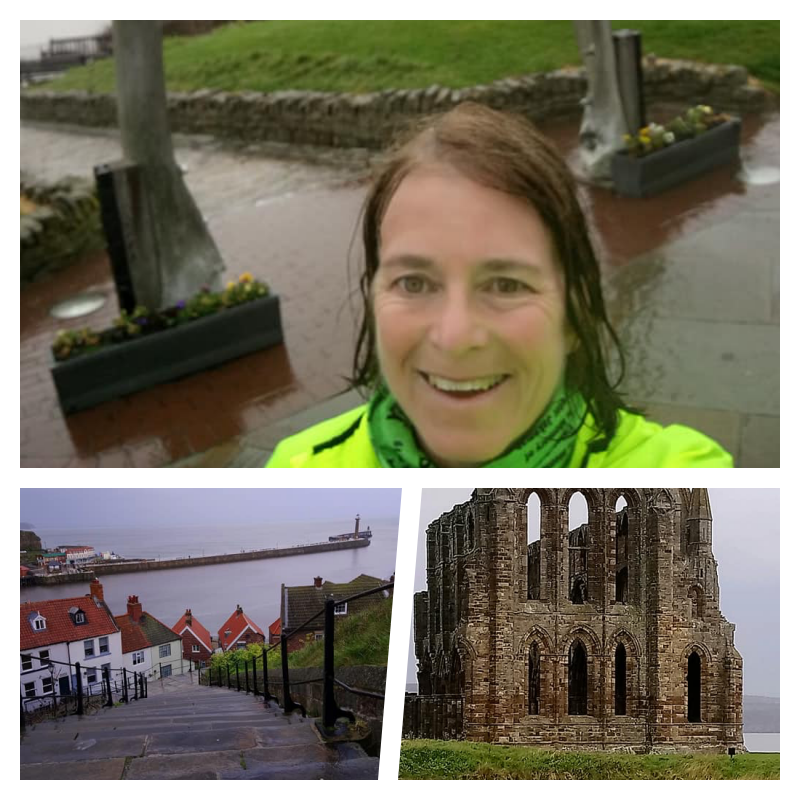