From Triss: So, it’s been a while but I completed the Loxam 2019 Ultra in Telford! Undulating is an understatement (!) with some real challenges along the way. Hilly climbs, steep drops & a mixture of sunshine and showers. Hit the wall at mile 18 but had great support that got me through. Lovely medal (heavier than it looks) and Marshall’s were incredible. Think I’ll sleep for a week now!! 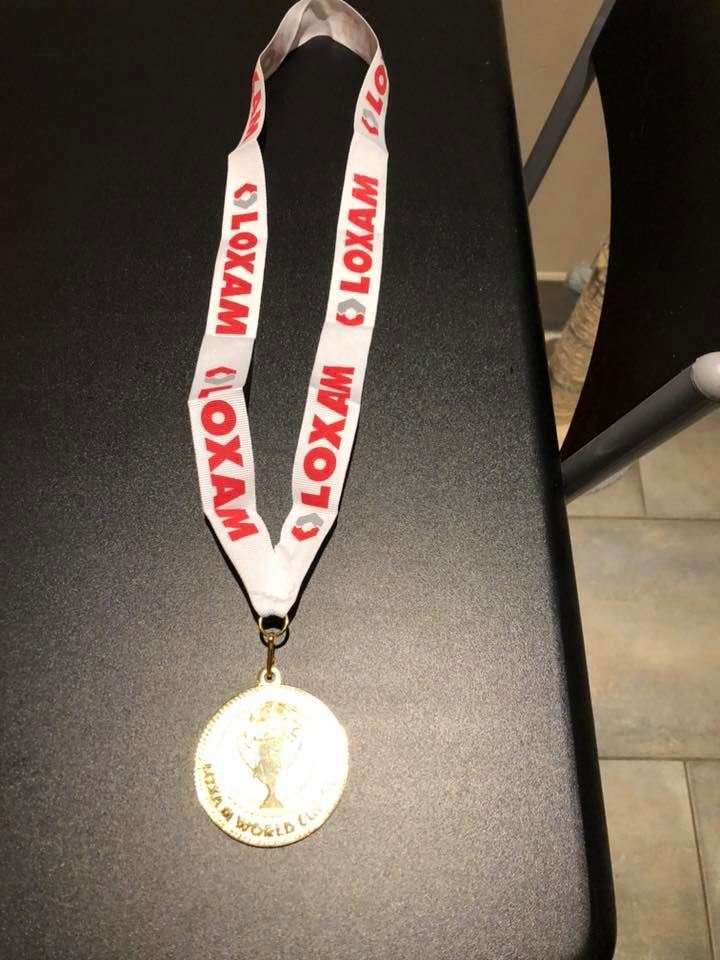 Well done to Mark and Richard running the Green Mile Marathon in Shepton Mallet, sounds like it was a hard day in the office, Mark has been doing 10 in 10 so a massive well dome mate, 200 is just round the corner. 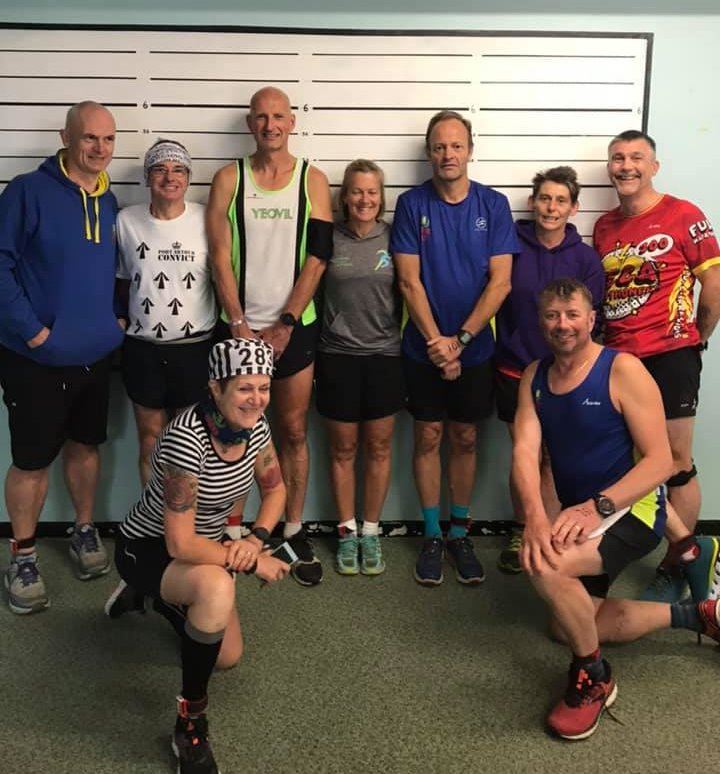 Last week I completed the hardest run I have done in Durban South Africa, The Comrades Marathon, not sure why they call it a marathon as it is 55 miles. This year was an Up Year starting in Durban and finishing in Pietermaritzburg. With 5860ft of elevation it is hard run, the hills go on for miles. There are four cut offs and then the hardest one to take which is at the 12 hour point at the end. The last post is played and the Marshals block the finish line and if you are not over the line then you don't finish and no medal and no result. 12 hours of hard running to end like this would be heart braking and there were one or two just short by 1ft. I was going well till about mile 30 and cramp started to kick in. The pain trying to run down hill hurt so had to slow down and by 40 miles I just thought I need to complete this before the 12 hour point. I still had Polyshorts hill to climb before the last 10k to the finish line. I thought I could make the sub 10hr but the last 5k was just pain but I did mange to cross the line in 10hr 22mins. I came in around 6000 with 22,000 runners at the start line and 19,080 finishers. 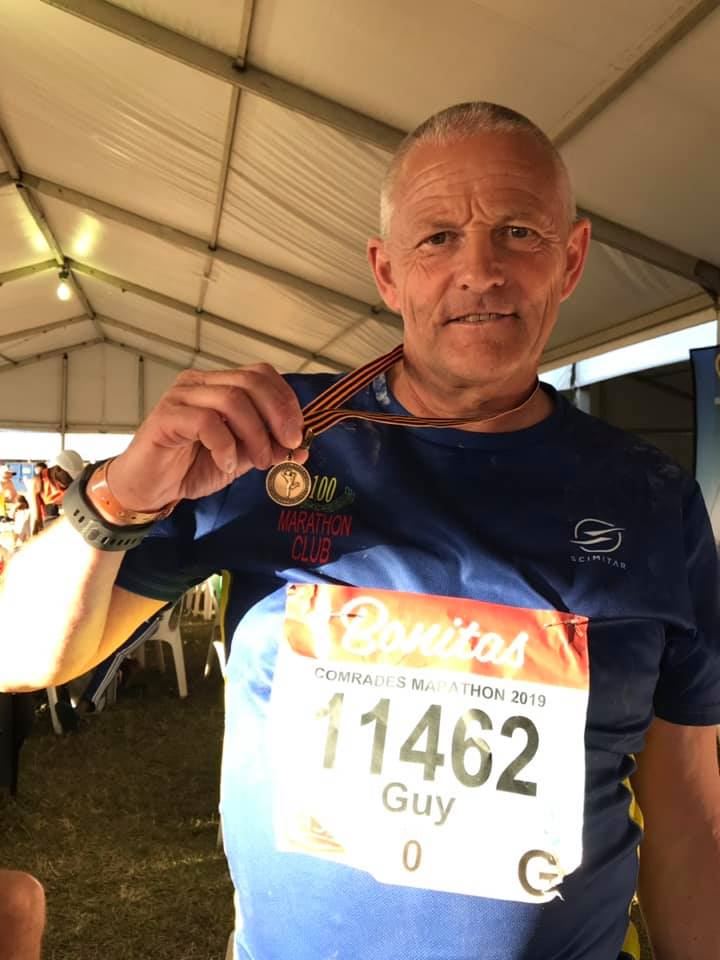 The medal might not be big but read up on the history of the Race and they have used the same medal since the first race in 1921. The Comrades is a great event and I have already booked the hotels for next year so I can get the second medal and an extra medal for doing an Up and Down in consecutive years. If you run 10 comrades you get a Green number for life and a member of the Green Club, the only down part is it would cost around £12,000 to do 10 years worth.  The next day all the Brits meet up for a coffee and a phot and it is funny as you walk along the beach seeing everyone limping along.  A truly great atmosphere and I can see why everyone says it is the best race in the world.

From Helen: A tough Martock 10k for me this morning (feeling sick after returning from Spain and only getting 4 hrs sleep!) but great efforts all round from all YTRRC...with the 10k under an hour group achieving their goals, and both Gareth Thomas and Lesley Nesbitt winning their Age Categories...well done all 🏃🏼‍♀️🏃🏻‍♂️ 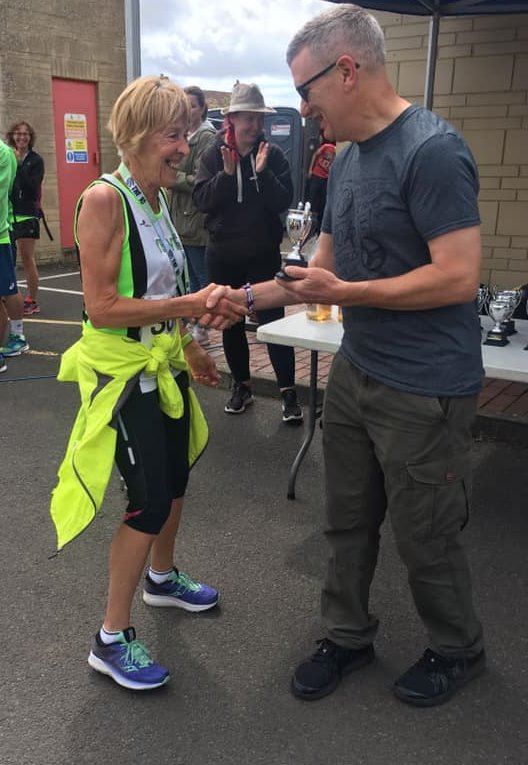 From Lesley: Well done everyone on today's Martock 10k, there were almost 40 of us! I now have the task of updating the Club Champs table. Could you let me know if you aren't on the results as Yeovil Town RRC and should be - maybe because you joined the Club after entering or an error (only if you wore your Yeovil vest of course!) One I know of is Edward. Also Fez who transferred within the deadline but an error by Immortal Sport. Let me know asap to enable me to get it right (well hopefully on my part!). Also don't forget to let me know if you have helper points to be added from last week's 5k - I have only had one request so far! Also any run leading, pub run leading etc.

From Lindsay: Thank you, thank you, thank you and even then it's not enough to thank all you guys who set up the course, do the chip timing and finish, bake cakes and run the refreshments, do data entry and Marshall and set up and pack up after the 5k event and the to the runners that enter. You do an amazing job all of those involved who just make this a successful, enjoyable, pain free event. Thanks again, I really couldn't do it without you all. See you next month. Xxxx

Sue led tonight a route that I believe was planned by both Sue and Gareth. This was an interesting route that combined previously trodden parts and parts that were entirely new to the Thursday night Pub Run. From the pub we ran up past the church and turned right. After a hundred yards or so we turned left and ran off-road along paths and field edges until we reached East Lambrook. After the rain of the last few days the long grass was considerably wet. We continued through lanes on the western side of the village and entered terrain that for me seemed entirely new. This included fields and apple orchards. We came out on the road at the south western edge of Stembridge. We continued along the lanes heading towards Burrow, with the “tree hill” on view up ahead. We turned left and ran off-road again. This included muddy paths through grain crops. The steep muddy approaches to the wooden bridges had to be taken with caution. We entered more orchards then came out onto a road. Crossing over, we ran down to Mid Lambrook. Another off-road bit included a rubble track, and more wet fields. We picked up on a lane that took us back into the South Petherton via two churches (one with spire and one with tower). It was a great run of six miles. Thanks Sue, Gareth, and all.

On an evening that was bright, clear, dry, and not too warm, Brian led the main group. From the pub, we ran southward down the lane towards Sherborne and turned right to run along Moorway Lane (track). We turned left and ran up an overgrown grassy track and entered a field of young cows. Climbing on up to the top corner with the woods, we stopped to take in the stunning view. We entered the woods, ran along Patson Hill lane, left the woods, and ran through Patson Hill farm. For a while, we ran carefully along the B3148 and entered Coombe lane (track). We followed this dusty track, climbed upwards through strong sulphurous smells, and reached Ambrose Hill. We ran down the lane to the Golf Club, and entered the Golf course. We stopped momentarily to allow play where balls were hit off into the distance, then continued. We descended steeply along a narrow path through woods and entered a large field. Running north and bearing to the left we eventually came out into Higher Sandford and then found paths taking us back to the pub. This was a pleasant very scenic run that brought back memories of some earlier pub runs. Thanks, Brian and all. Thanks, Alison for the photo.