Lytchett 10 and Humdinger Half 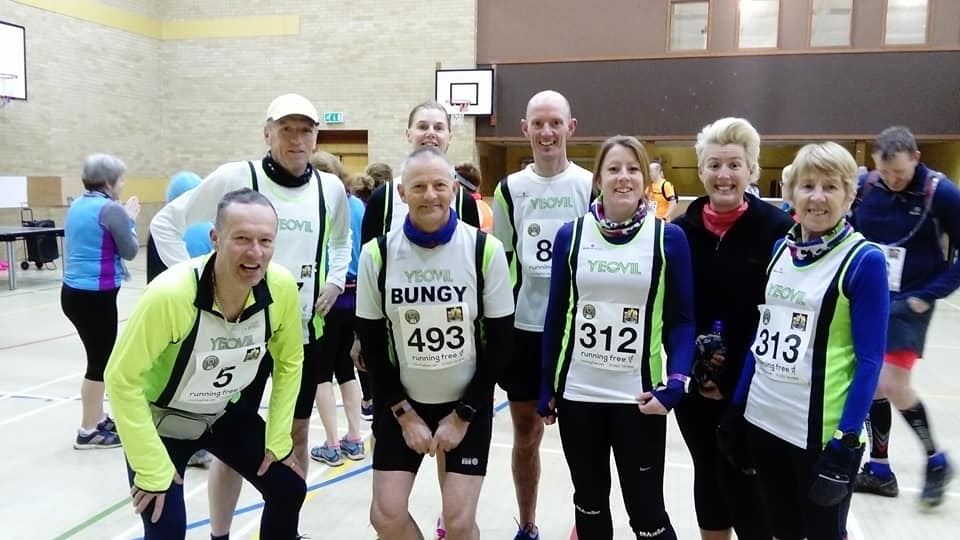 Today saw the running of this 10 miler with points up for grabs and also a Hat to think of. On another cold day, it was off to a sunny Lytchett.  The race started at 10:30 with a warm up in the Gym at 10:15. Thanks to Ali and Katie for phots. 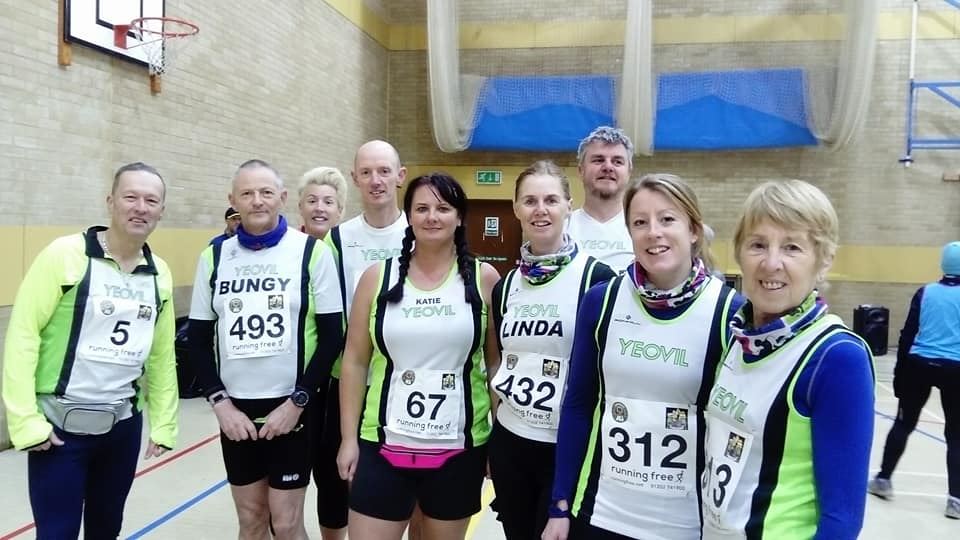 The race started and it was a loop of about a mile back round to the start and then 9 miles around an undulating Lytchett, Paul Card was 7th overall, first in his Age Cat and first over the line for the Club, Helen was our first lady with Lesley taking her Age Cat. 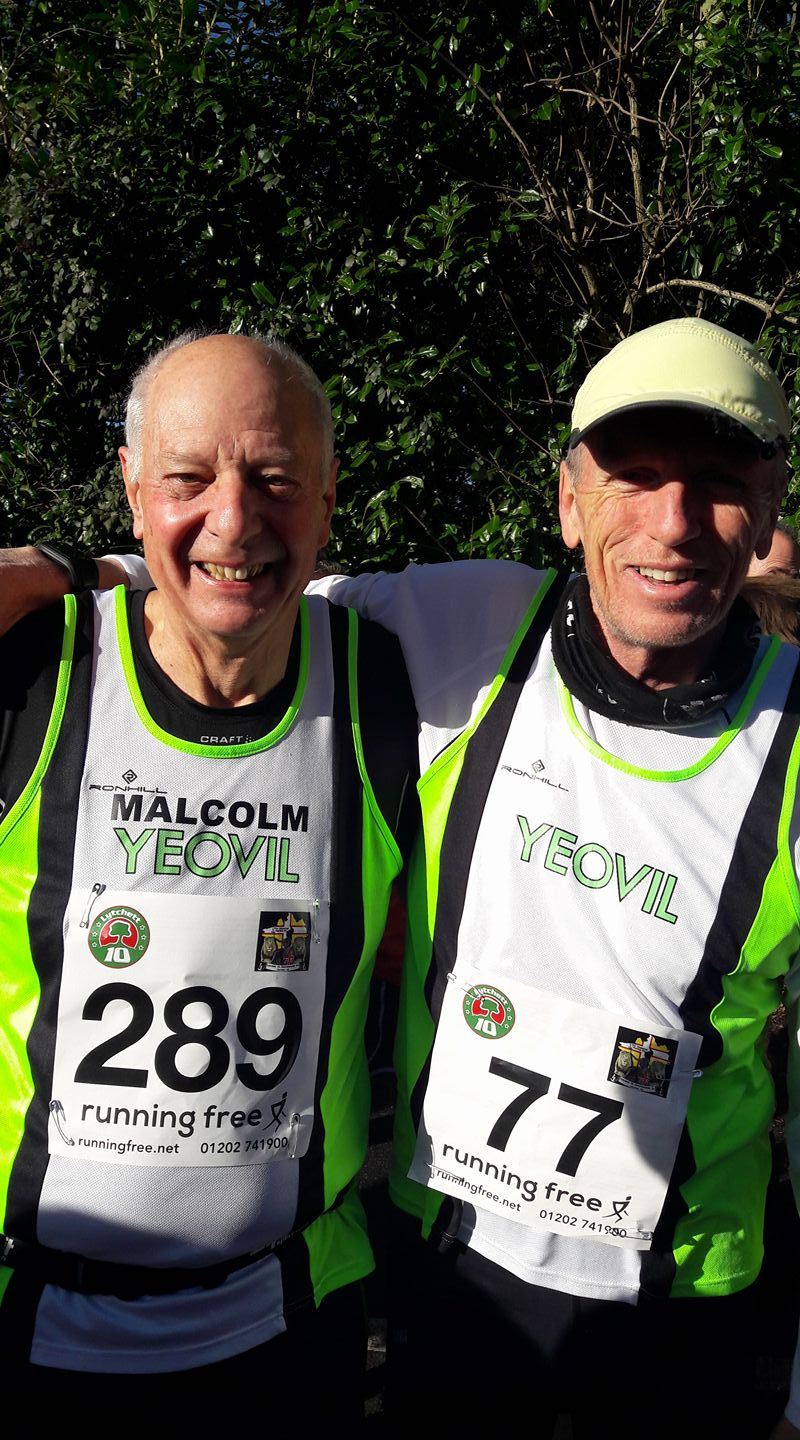 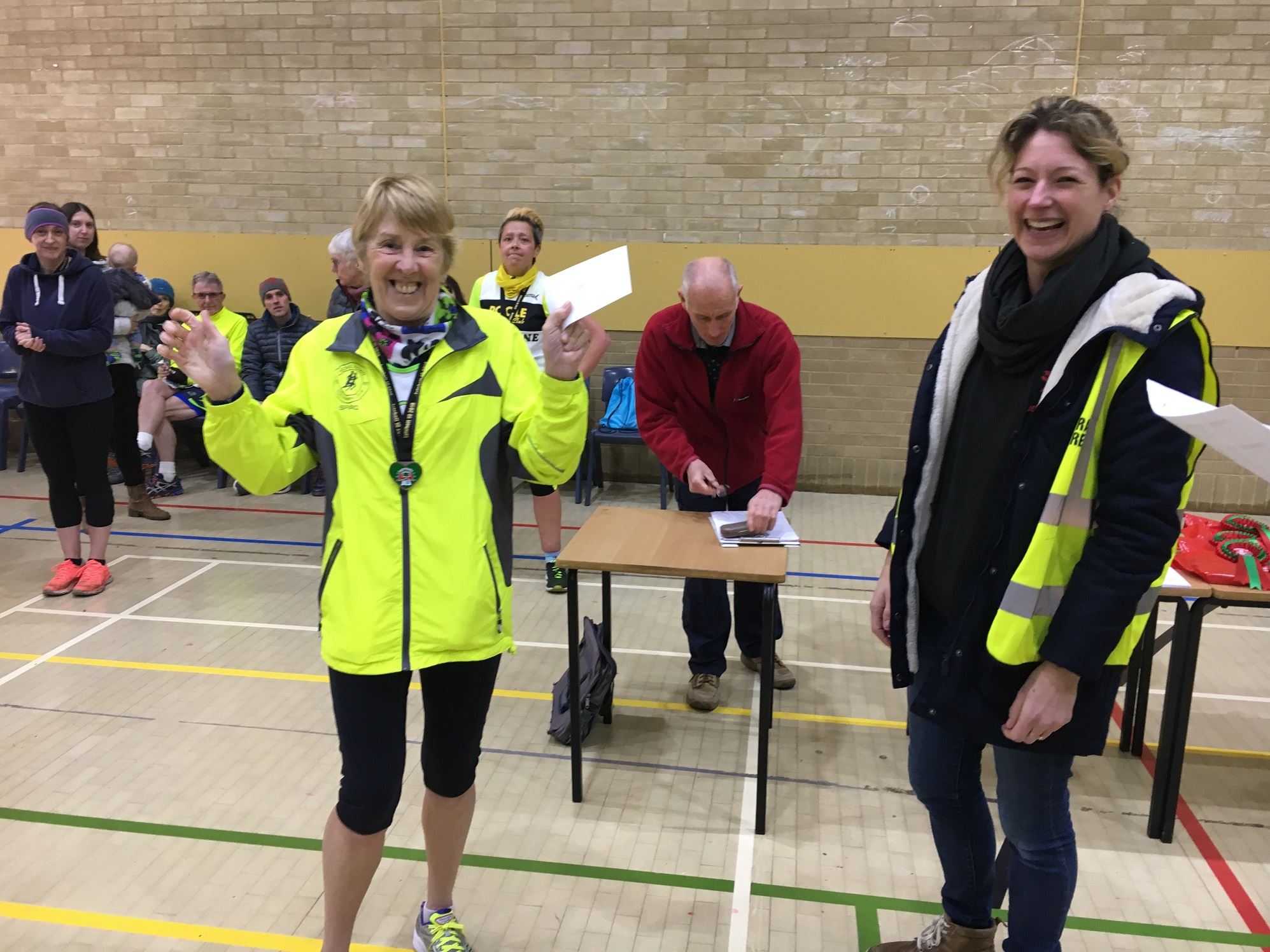 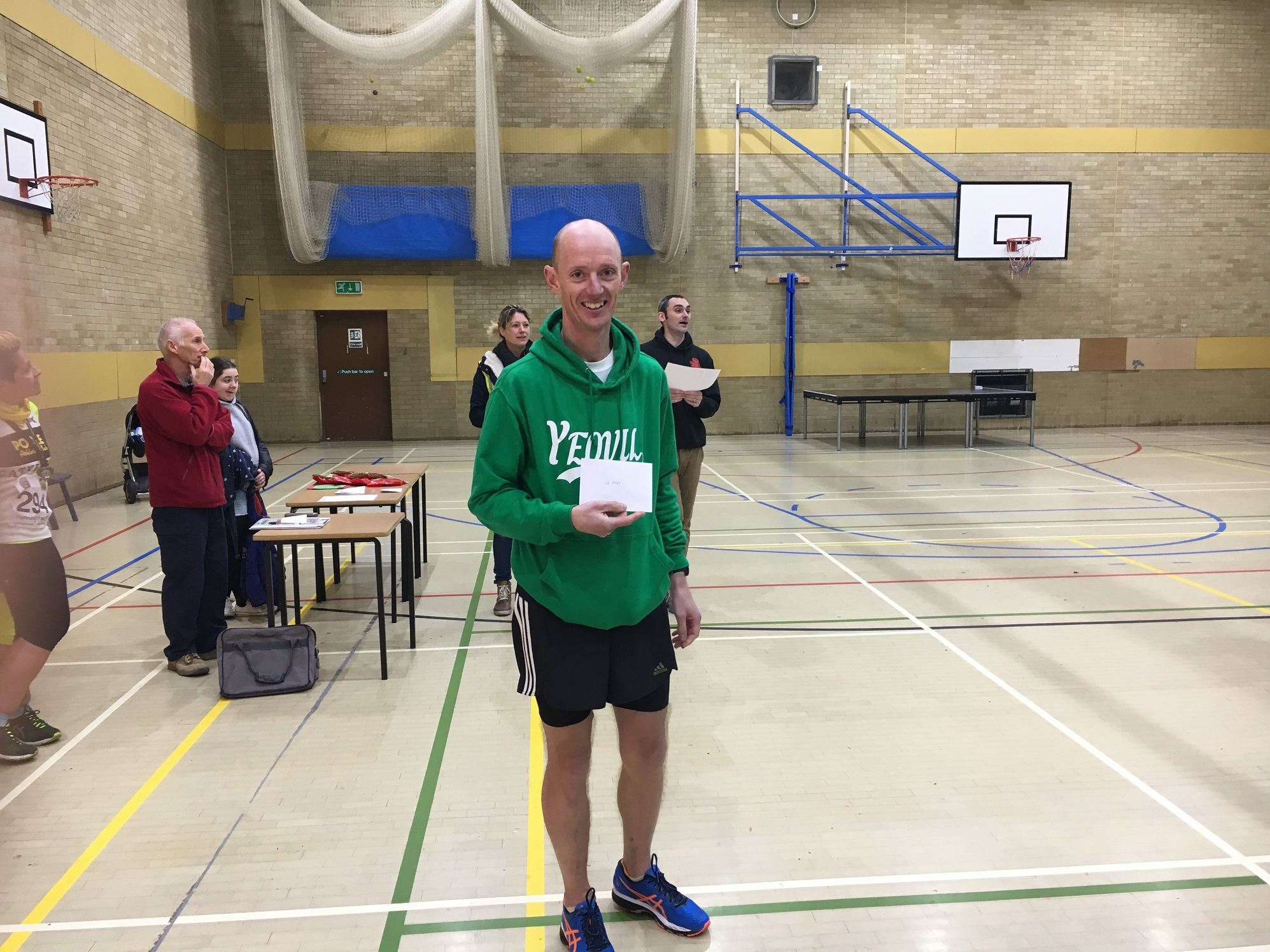 Great Running from the Club

One of those special green and white mornings at the Lychett 10 that I love so much and why I will always be a member, leg one of the imperial series.

See you all at Bournemouth and at a club night soon

The Humdinger Half   Full Results

Today also saw the Humdinger Half with a few Green and Whites running. In 8th place overall and first for the Club, it was Darrell Sheen and Louise Ward was our First Lady, well that's what the results say, it was in face Nikki Guiver.

Humpty Dumpty had a Great Fall.

It is with great sadness that I have to inform you that during the day on Wednesday Phil's house was broken into and a Staircase was left with no Risk Assessment or Hard Hat to be seen. Phil took a tumble but instead of going to A&E he first came to the Committee meeting so we could show him some sympathy. He then went to A&E with Denise taking charge. Once the nurses had finished laughing he was sent home and managed to get to the Cafe on Saturday morning. Andy was trying to keep the tears away but only just managed this as Mark was telling JC how Phil fell. 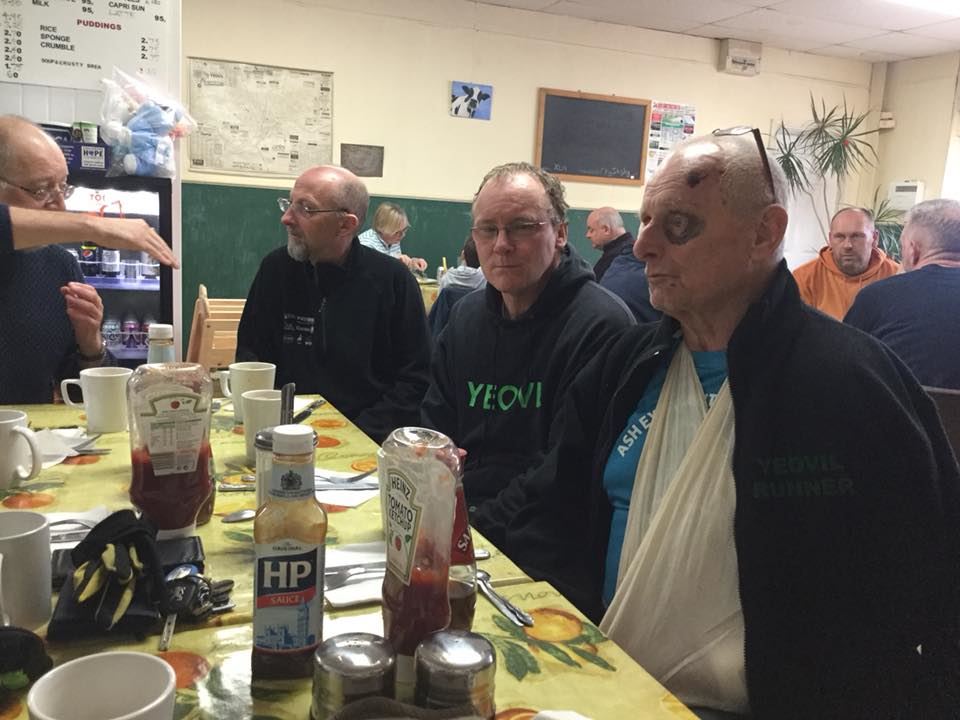 In March you will receive an email for the renewal of the Club membership, this is due on the 31st March 2018, our preferred method of payment is using Pay Pal. This makes it easier for our Club Treasurer, Simon and Membership Rep, Adam. I know some members do not like using this method and also there is an issue with using Pay Pal as a guest at the moment. I will hopefully resolve this week.

Being the Race Director of the Easter Bunny and looking at the entries so far can I please bring to your attention Rule 7 in our Club rules:

"7 Club Organised Races: It is expected that Club members will offer their help to the Race Director or Chief Marshall before taking part in a race that the Club is hosting. The Club does not wish to prevent members from taking part in its own races, but it is simply a matter of courtesy to the people organising the races." 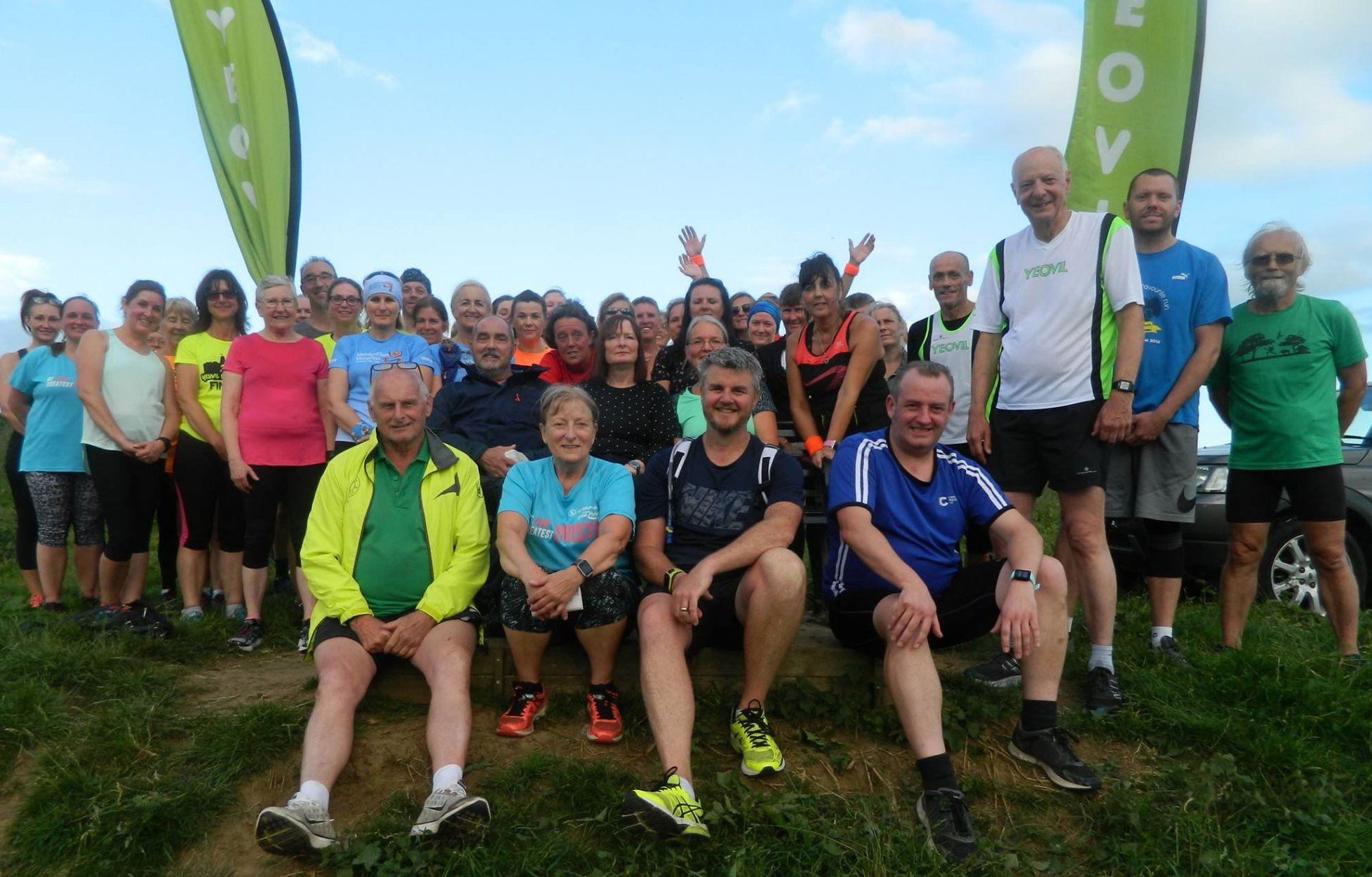 James day was in Evesham:  "Parkrun completed for the very first time. Good course along the River Avon. 45% grass, 45% hard path, 10% mud!! Also, make no mistake 100% rain! Lovely. Then helped push a van out of the car park as it was stuck. A very well deserved banana! 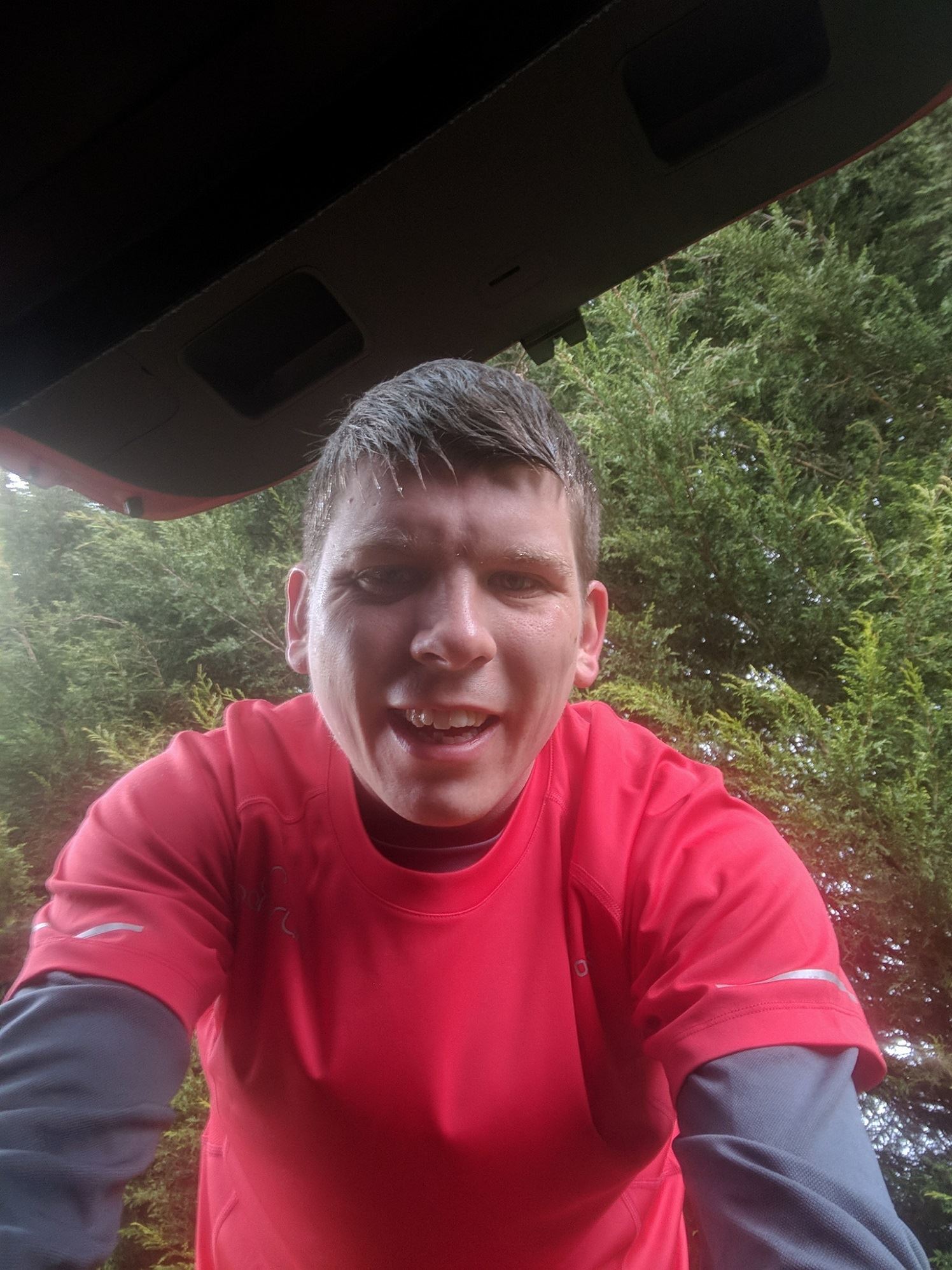 While Kevin Stenner travelled to Burham on Sea and posted:

"Running in the rain at Burnham and Highbridge Parkrun. What would happen if all the UK Parkrun volunteers decided to stay in bed on a windy wet Saturday morning? Support your local Parkrun Yeovilmontacutehelpers@parkrun.com" 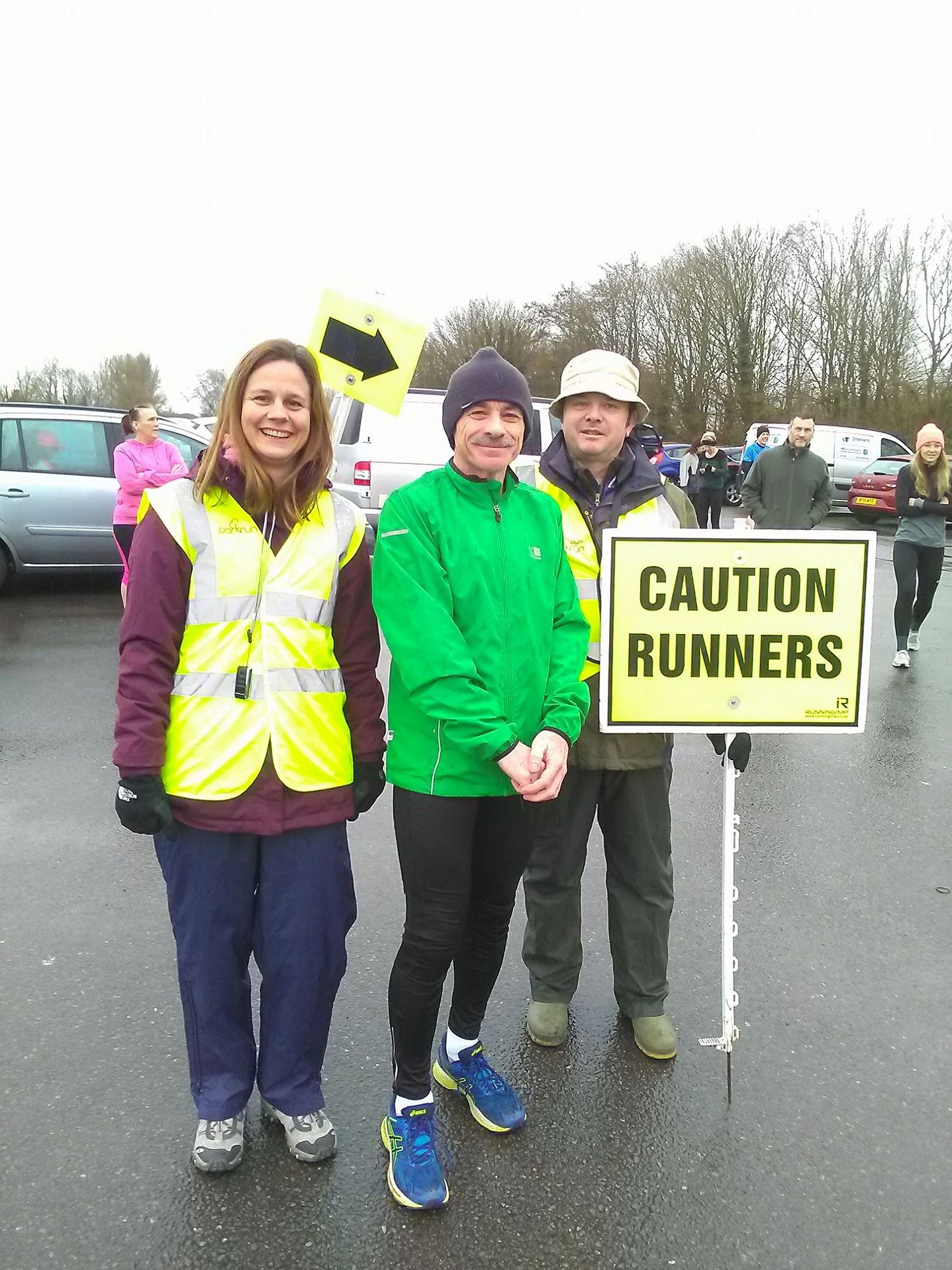 PUB RUN WITH BONZO (GALHAMPTON, 8th February 2018)
Rob led the biggest group tonight. It was quick paced, and the visibility was good. From the pub, we turned left, left, and ran through the village. We continued left, and right, and headed towards North Cadbury. As we passed an old house, a border terrier jumped the fence and joined us on our run. We continued along Sandbrook Lane and reached North Cadbury. At the pub (the Catash Inn), we turned left and headed eastwards along Woolston Road. Dark horizons ahead, and to the right, were lit by a dull red glow. Bonzo was still with us about two miles from his home by now. He was scent marking as we progressed along the route. After a while, we turned left and continued to take left turns. Bonzo was still running strong three miles from home. The muddy lanes eventually came back to Galhampton at the manor house. We doubled back to Bonzo’s house, and he buggered off into the drive. After four or five miles I imagine he went in and had a good lay down in front of the television. We turned around and ran back up the lane to the village and pub. Our run was 6.25 miles. Thanks, Rob and all. It was another good one.