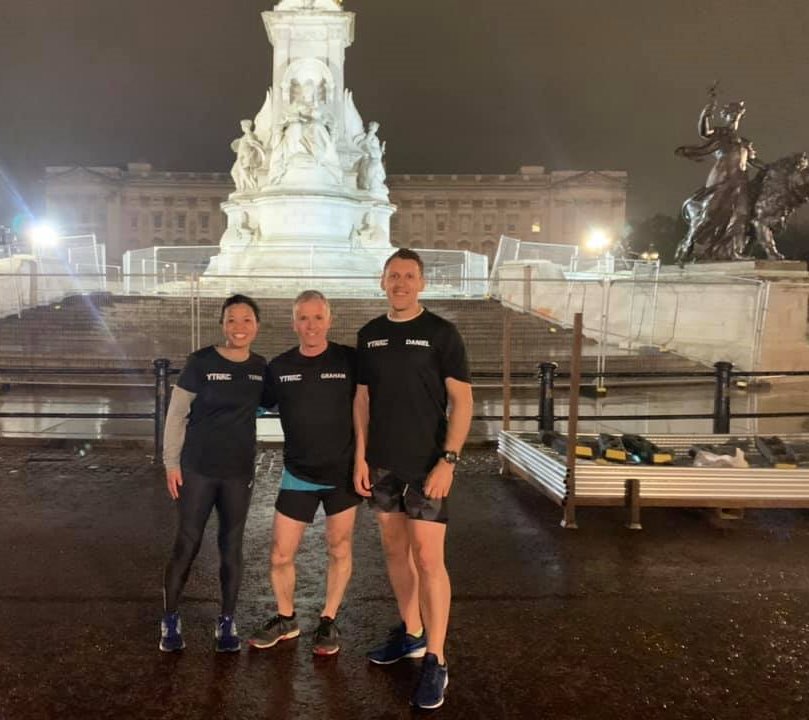 Minutes of the May Committee Meeting

The above can be seen here..

Congrats to the new Royal Baby boy, I understand it will be called "Bungy the 1st"

Can I please have your dietary requirements for the evening meal i.e. vegetarian or vegan. I need to know by Monday at the latest, so if I don't hear from you will presume you're meat eaters!!

I will be recce-ing leg 4 next Sunday (12th), if any of the other 2 teams who are also running this leg want to join me, please let me know... Please remember this event requires us to wear club colours, not the night T shirts...

Don't forget it is the AGM tomorrow at The Red House on the A37, starting at 6:30pm with some food.

Also it is the Summer 5k this week so please plenty of helpers and cakes. Thansk

From Carl: Beyond Events Bridport 10k. Very very residential route. Twist & turns the whole way. Found it difficult to keep a constant pace. I believe I may have been only YTRRC Runner in 10k event (sorry if I missed anyone). Not a huge field of runners but for once I found myself towards the front of the pack.....which doesn't usually happen & was very scary! Not the best event I've been to but a good morning out with the family and a lovely sunny day 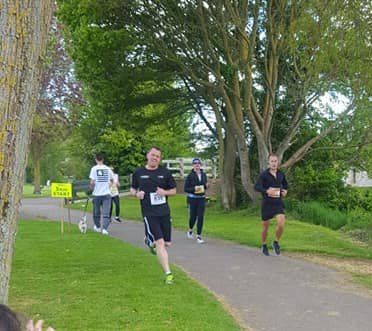 From Lesley:  Don't forget the next Championship race is Wednesday week, the 15th May, at the Town Tree Trail, then it's Wells 10k on 25th May, followed by Crewkerne 10k a week later. Also, I haven't had many requests for bonus points for the Easter Bunny. Then, of course, you can earn more bonus points this Wednesday by marshaling the Yeovilton 5k. I pick up your Championship points from the published results but it is your responsibility to let me know about any bonus points you earn. For members new to this the rules appear on the website - https://www.yeoviltownrrc.com/events/tag/club%20championship

Once again we had a good number of YTRRC runners in the London Marathon and thanks to Lesley who organised the Pre Meal in Ask, a great location just of the Thames. 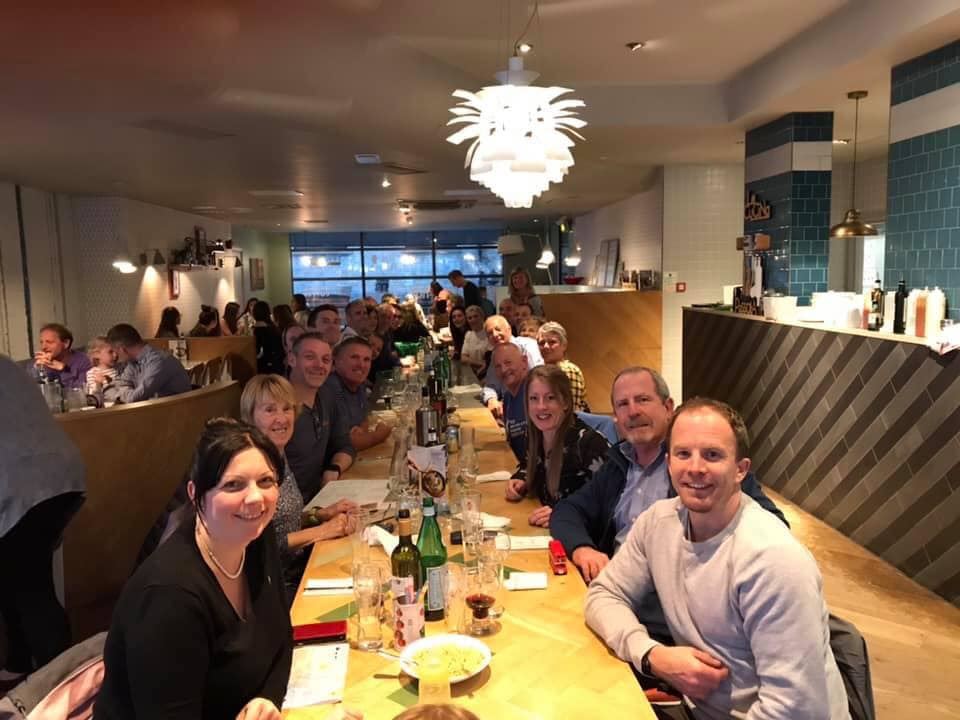 We were spread over all the Starts and being tracked by a fair few back in Yeovil and supporting on the route. I was great running weather to help and think the best support from the crowds I have seen in London. Bryn was first over the line for the Club, running for the Royal Navy and Frances Malin was our first Lady. 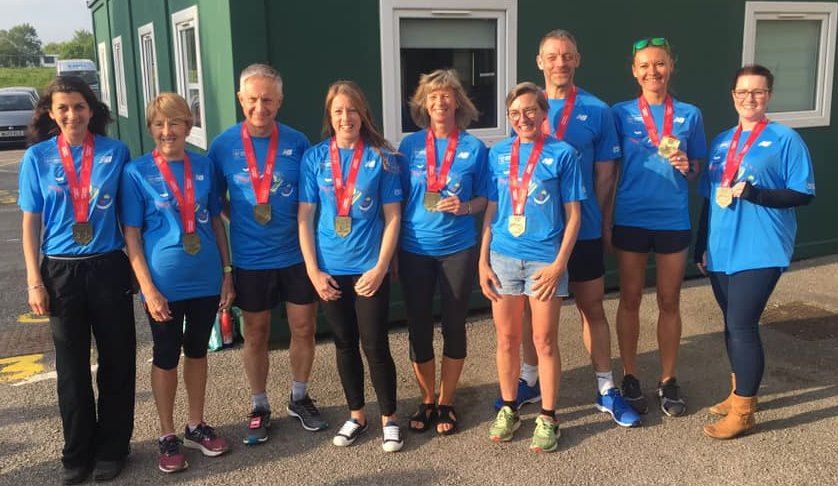 Well done all, a great weekend and hopefully an event you will never forget.

We had a few runners that ran the London Marathon backward during the night starting and Buck House and running to Greenwich. 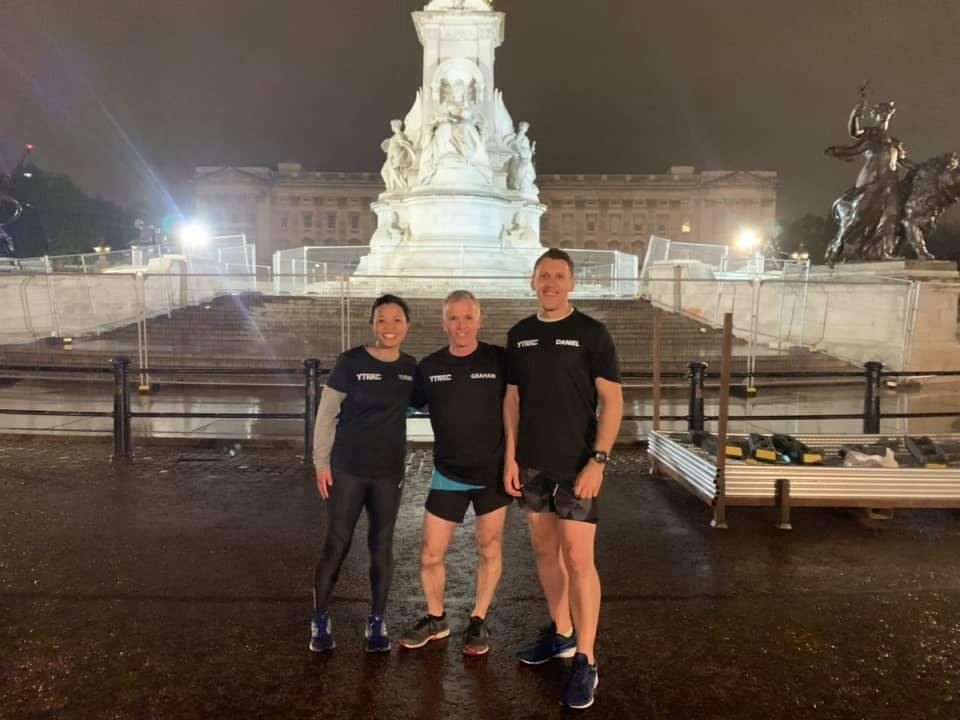 Once they finished they did a great job in supporting th YTRRC runners over London Bridge, it was great to see them.

Hellstone Half and Full Marathon

We had runners at the Hellstone Full and Half on Sunday 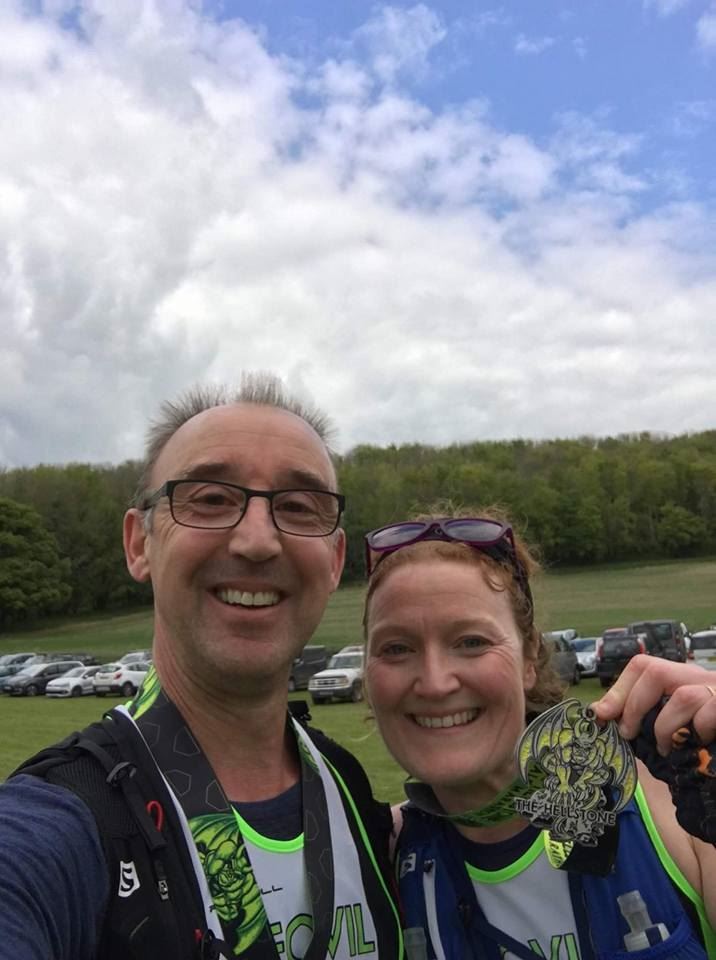 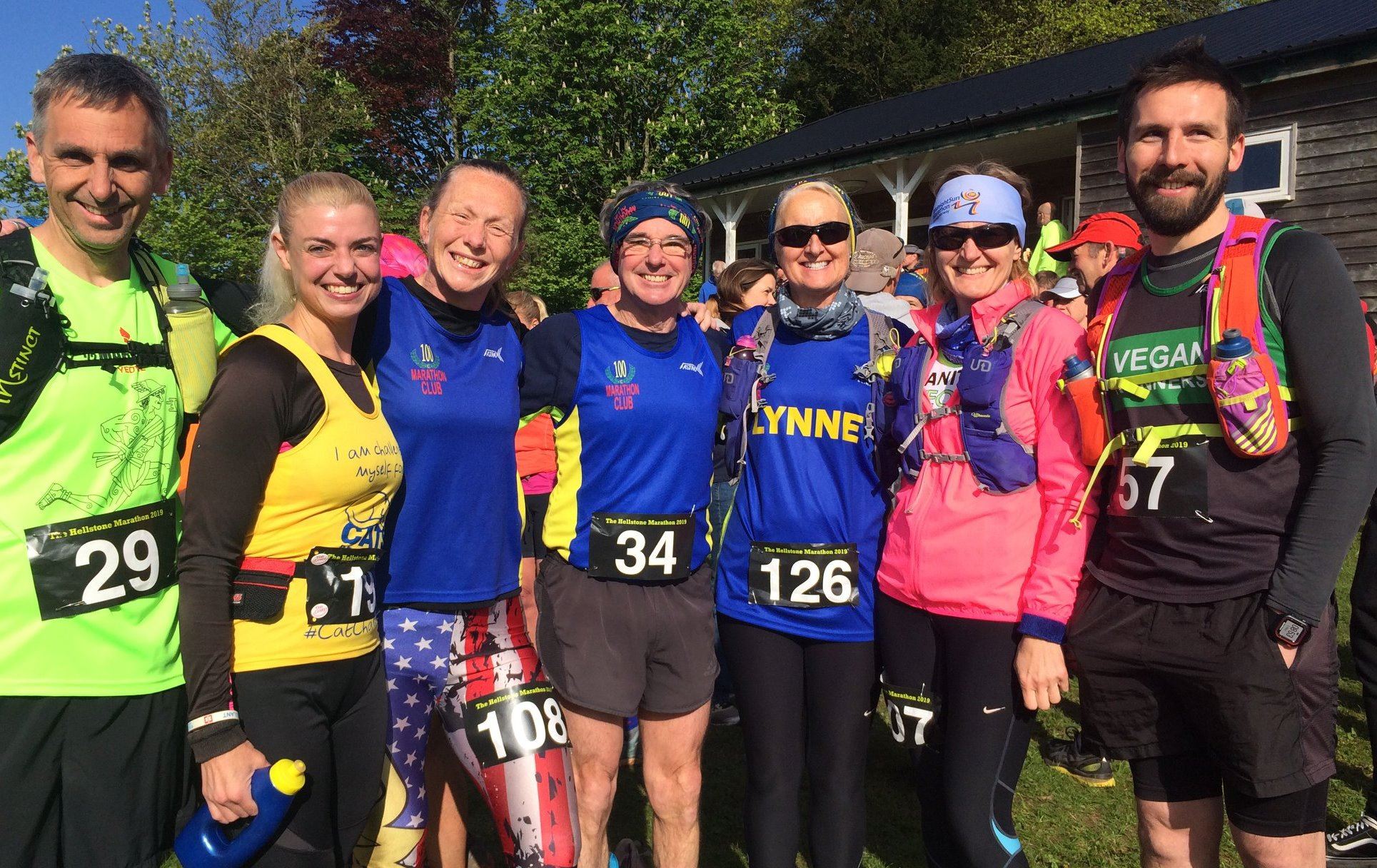 From Anita: Home from a great day out with Lynne, Tara and Richard. We (also Neil and Andy) completed the first Badger Trail Events Hellstone Marathon (I was originally planning on doing the half but upgraded, as you do!) Amazing location, route (you go up, you go down and repeat) fabulous scenery, the photos really don't do it justice. Feed/aid stations every 4 miles to die for and the G&T went down a treat at 20 miles. Such a laugh all the way around. Thank you all :-D Great T-shirt, medal 🏅 and tea and cakes at the finish ☕🎂

Yet another 10k on Sunday at Glastonbury with four YTRRC runners. 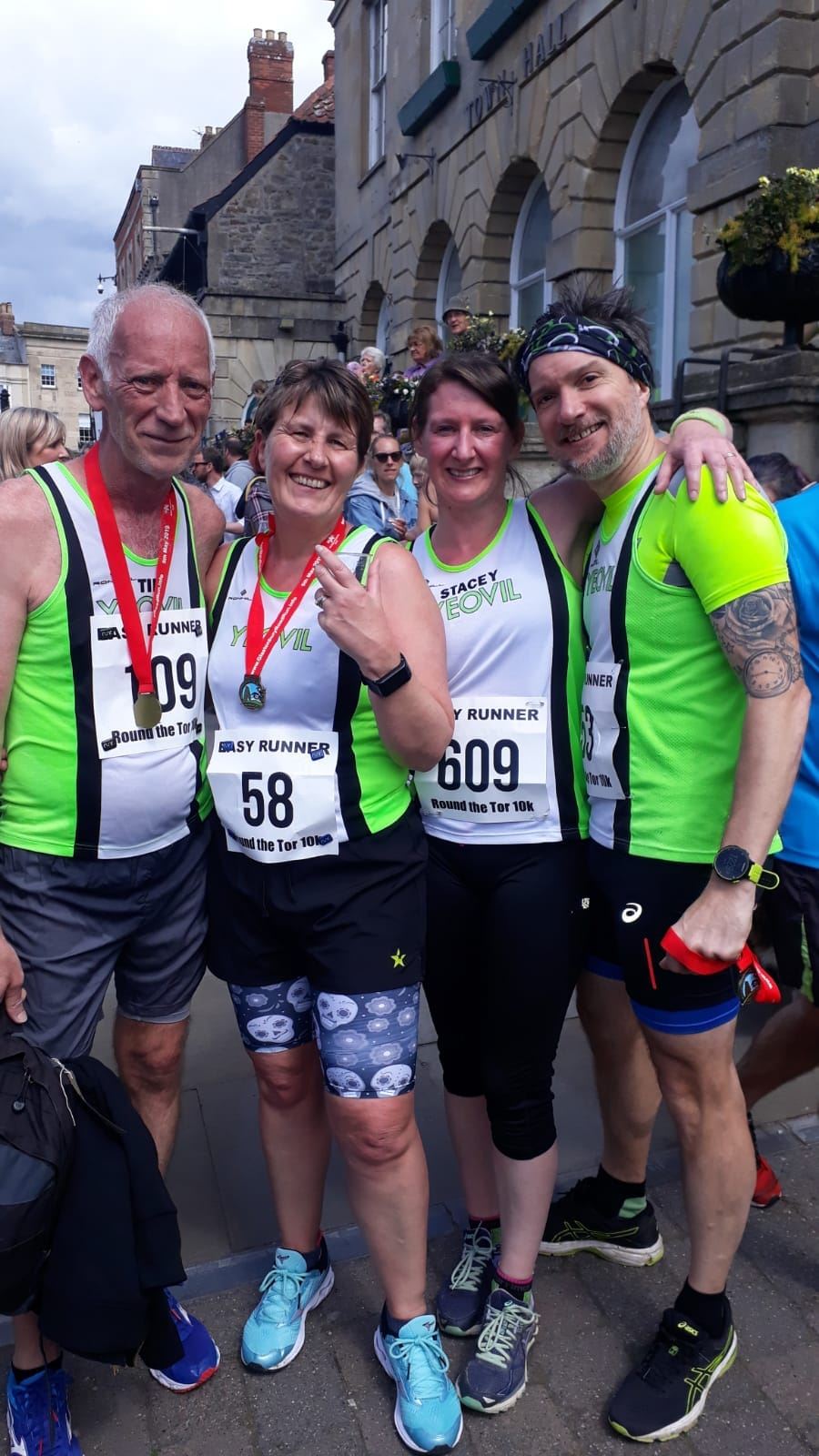 Well done to Ashley Mehta on the Bridport Half.

I think this sums up my thoughts on the Bridport half! 😂 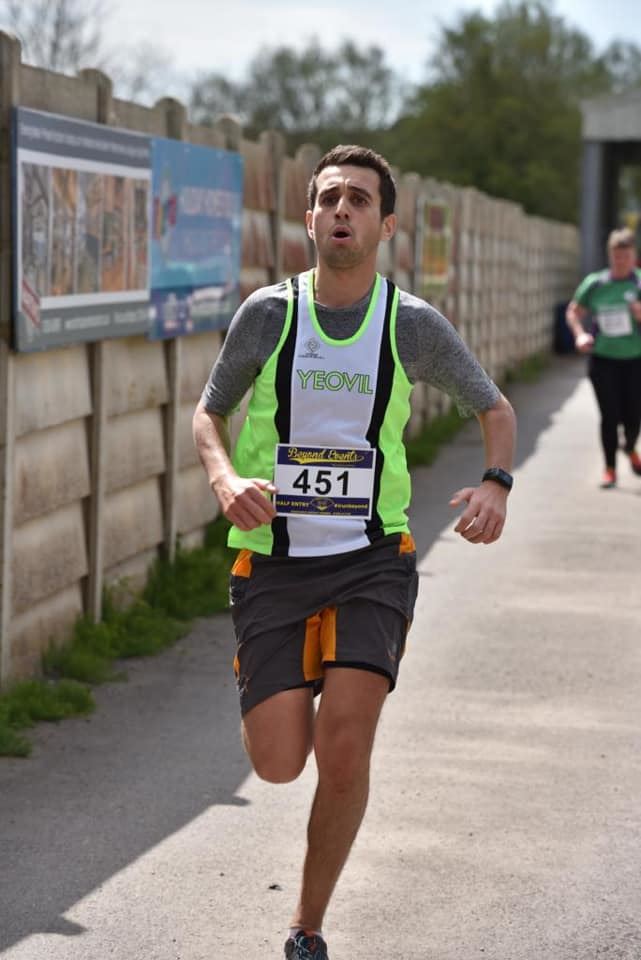 Well done to those that run the R4T naked mile. 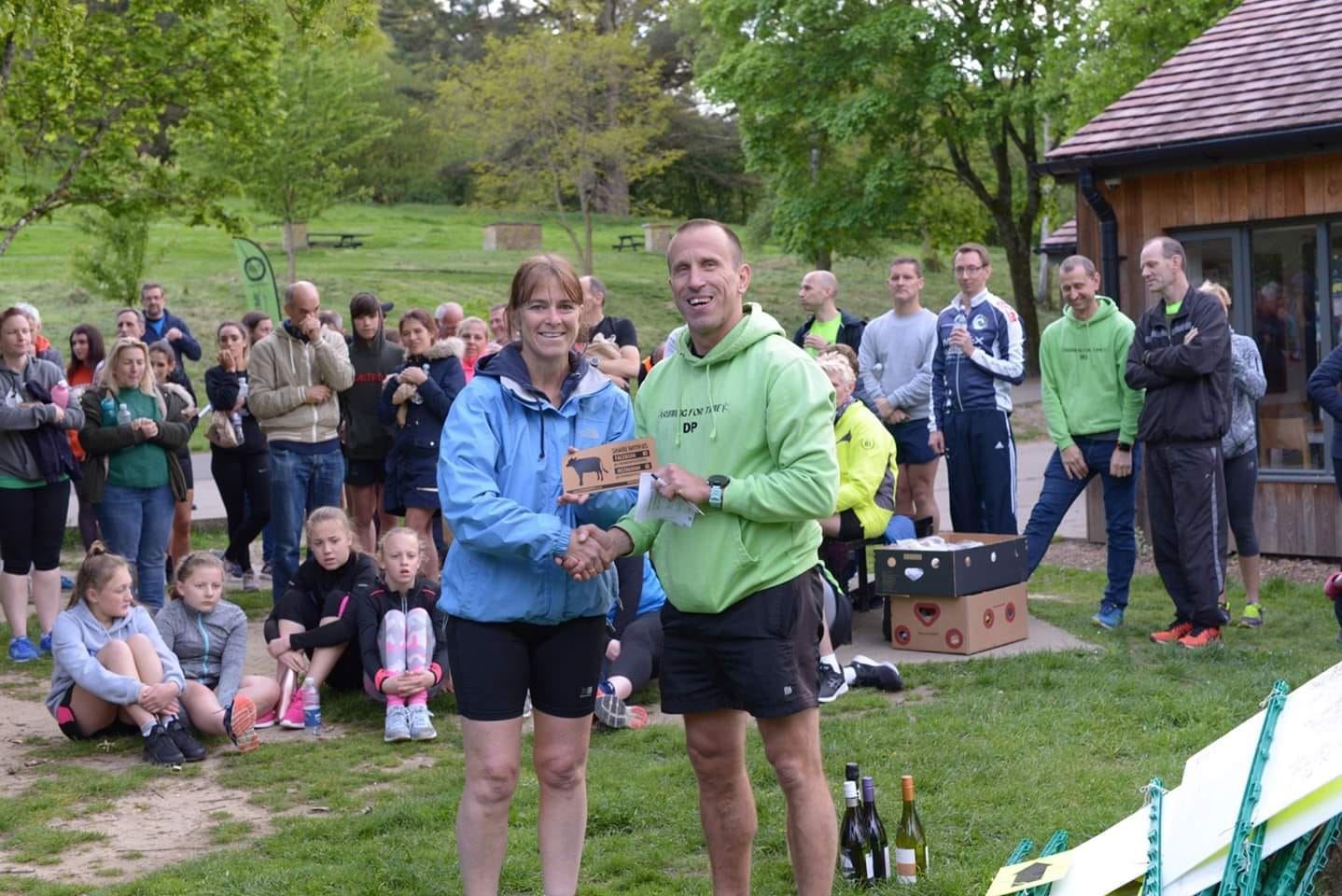 We had a few runners at the Bristol 10k Sunday, well done all that ran. 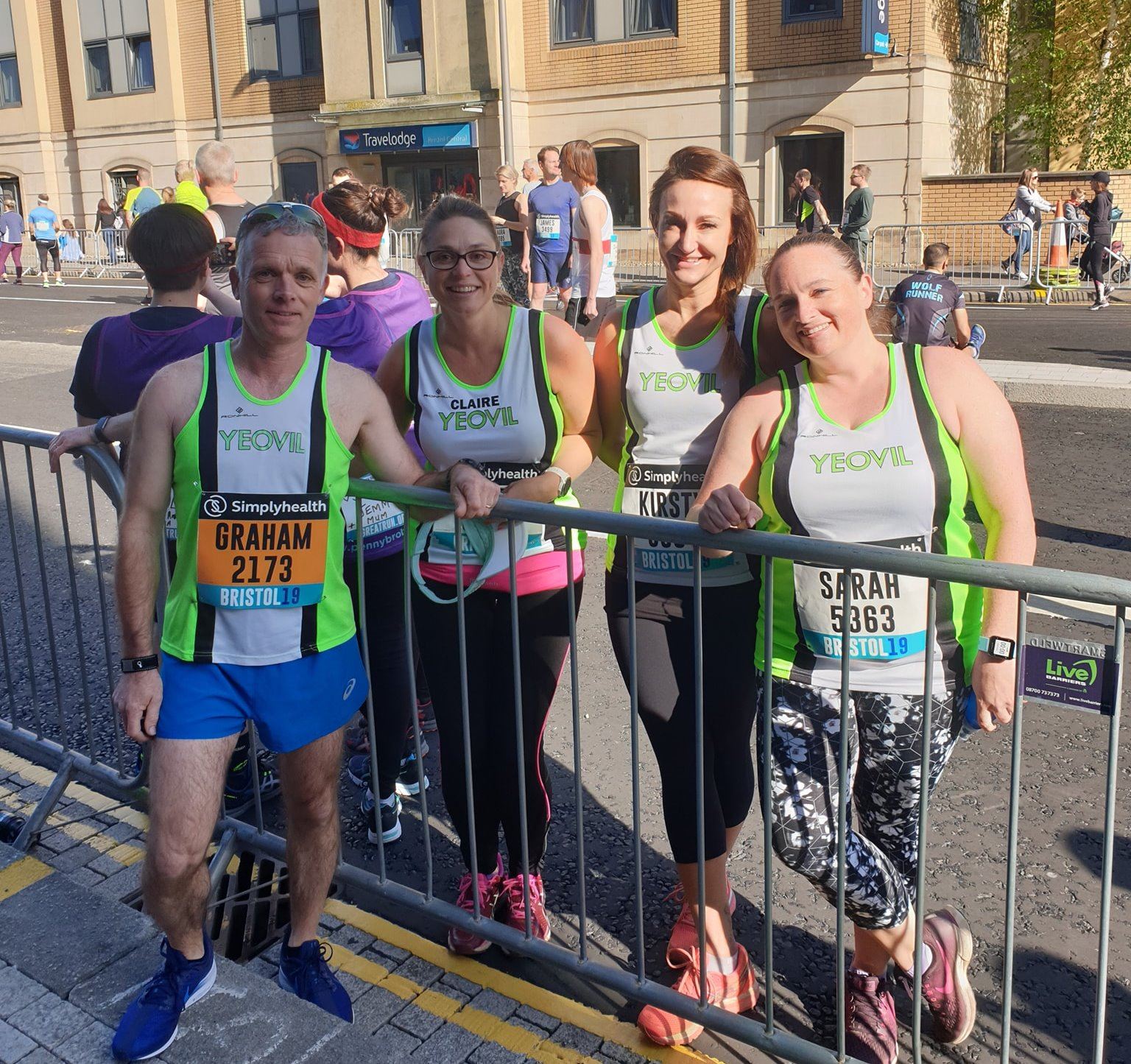 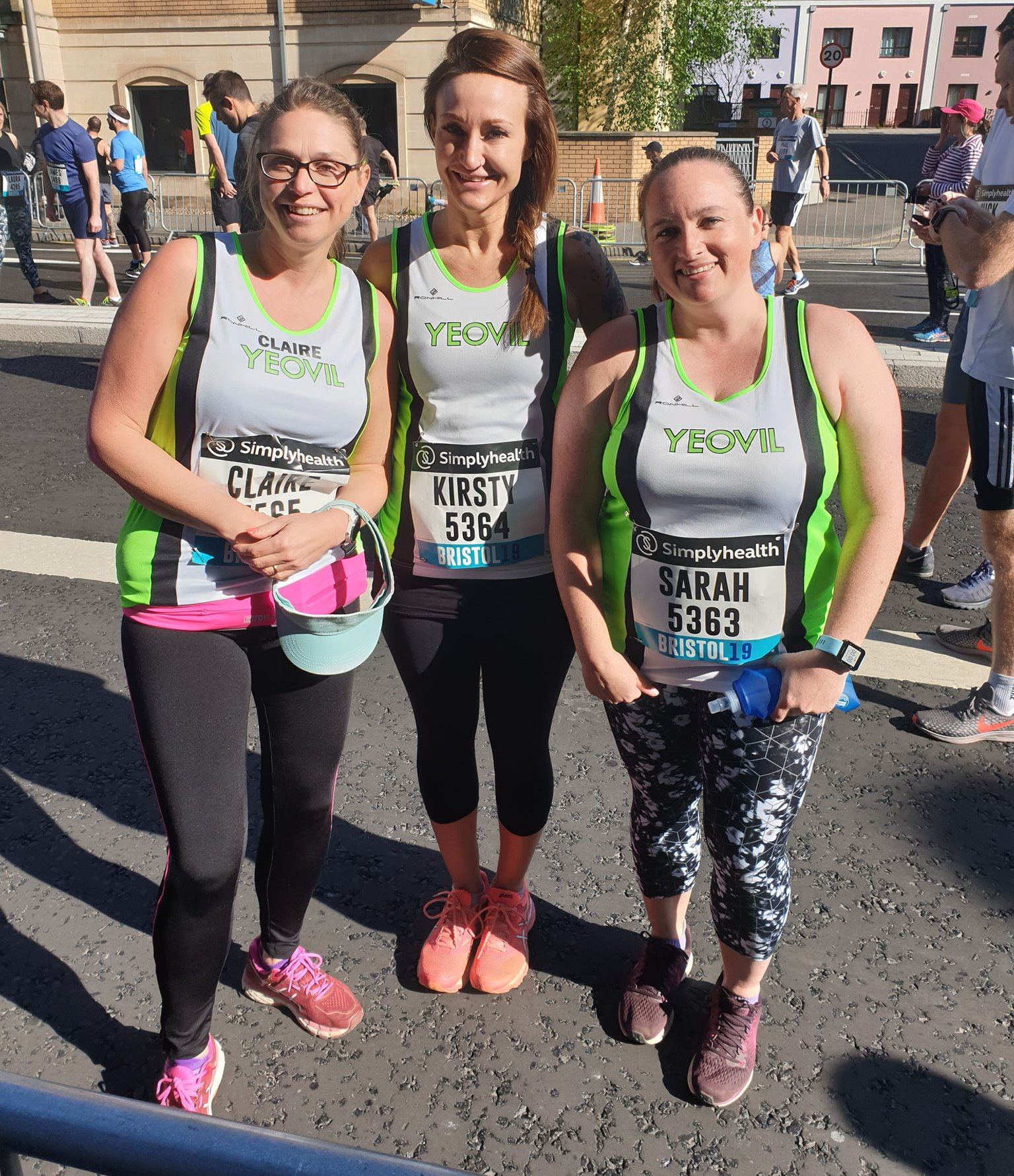 Southampton Half and Full

Southampton was where a Motley crew of YTRRC members would assemble this morning to take on Half and full Marathons.
This has become a well-established event hosting several thousand runners over both races ( plus a 10k) normally same day as London.
Really well supported throughout .. great set of pacers at various speeds. Although you'd think this Coastal City would be flat... it's got several gradients and Hitchin Bridge .. as Mark Pike found out chasing a GFA time today ... went out on great pace .. just couldn't hold on.. very good time though with 3: 24.19.
Caroline Watts also did Full with PB of 4:57.38. Haiden Watts was first Yeovil runner home in the Half with a great time of 1:34.47... Rob Thompson running great with 1:41.19 and running a little over distance could have been close to Sub 1:40. Trevor Strelley coming back on form with 1:53.36 .. and ran superbly for a PB. Joanna Henley who ran a Half yesterday ... rocked up this morning to do another ... 2:02.26 is pretty good on tired legs.
Linda Membury and her daughter Heather ( doing first ever race 😮) came in together.. but Linda was outsprinted .. by younger legs 😁 approx 2:04 for both. Graham Alan Watts completed 10k in 65 mins too. Thanks, Steve Membury for photos. 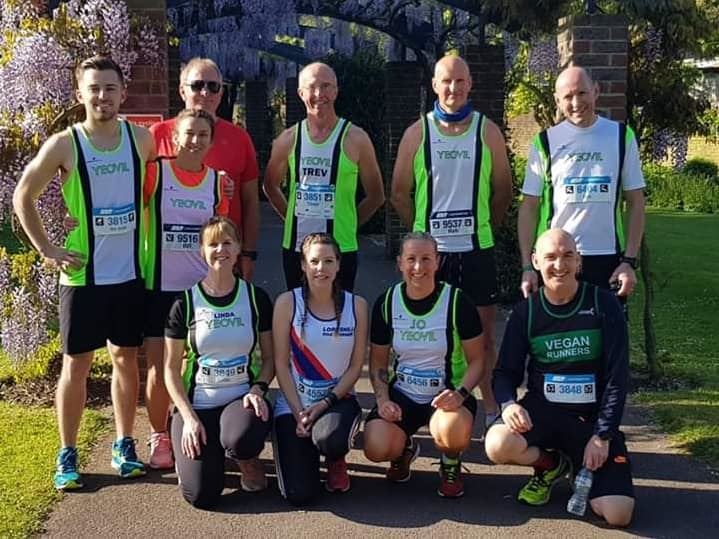 PUB RUN – YETMINSTER (2ND May 2019) J.C. led the main group of 10 which initially comprised June, Louise, Sue, Kirsty, Anita, Alison, Beryl, Brian and myself. We left the village by what seemed like a dry river bed that led out onto fields. We reached Common Lane having gone the wrong way. Turning left we ran down the lane passing Caswell farm and some horses. Turning left we ran along Cuckoo Hill and entered the Woodville lane track. Crossing a gate we entered a field of young energetic cows (Blue Belgium, Angus, and Limousine). At the next field, we saw half a dozen deer. Further on the field was planted with grass and clover for the production of silage. This was difficult to run through. We crossed the railway line and reached Chetnole. We crossed a ford, and entered Herbury Lane track. Turning right we ran down a narrow path and then crossed several fields. Eventually, we got back to Herbury Lane track. Further down, the track was cut by Wriggle River which we crossed after some stepping stones were placed. We climbed, passed a phone mast and entered Yetminster. The last leg was along the road back to the pub. As we arrived a group of Morris dancers were performing in front of the pub. Thanks, J.C. and all, the route was perfect summer pub running terrane. 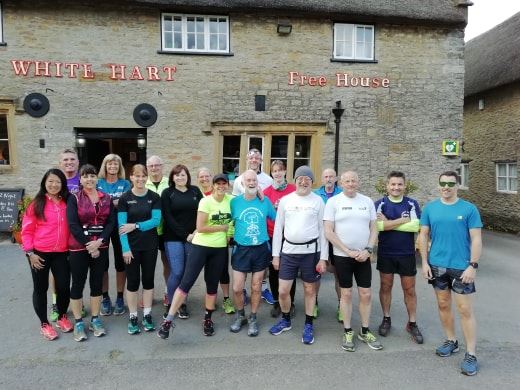