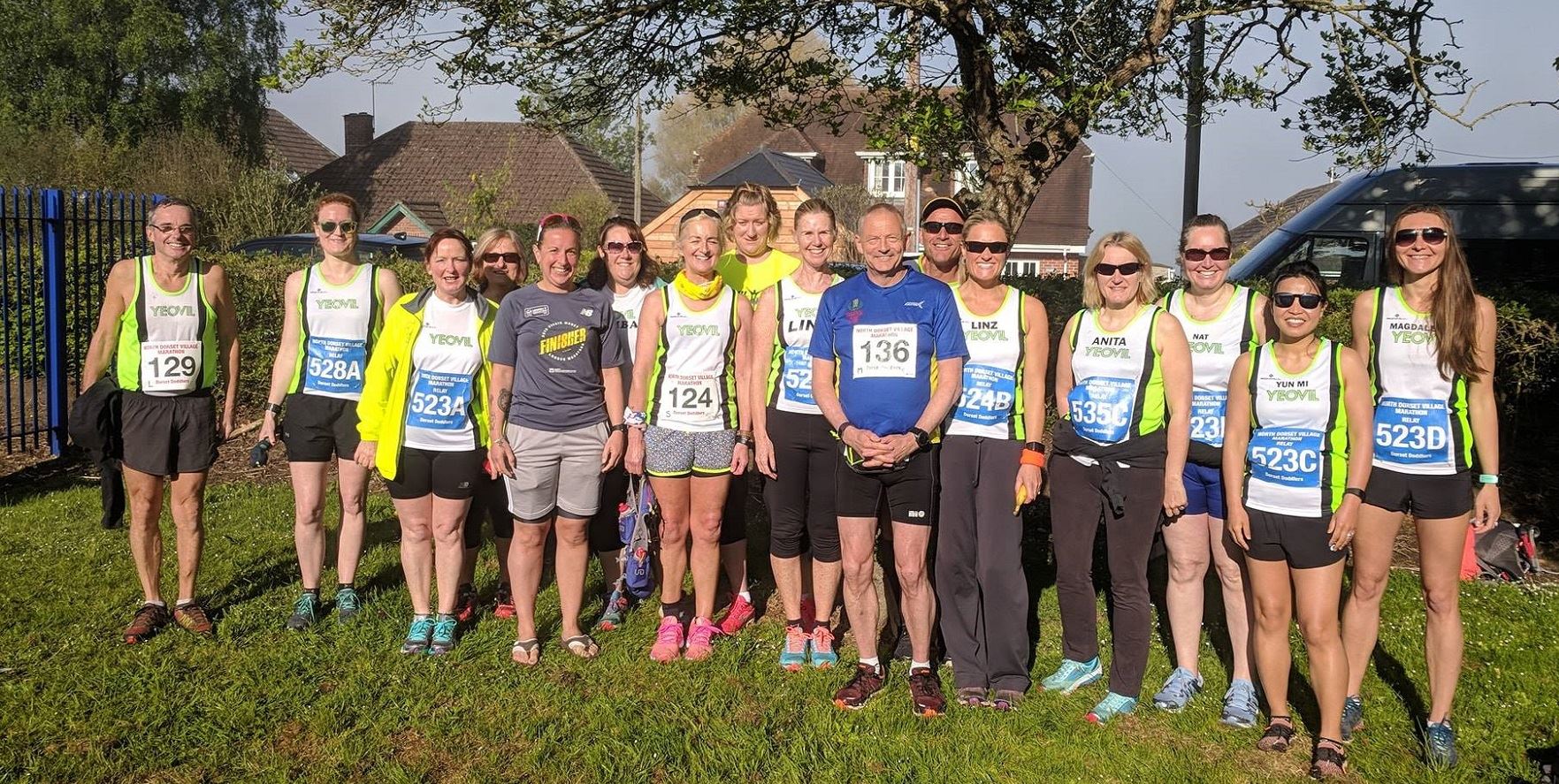 This great local Race is now in its 10th Year and has always been a Club favourite. We had four teams in the Relay and four runners in the Marathon. With an 8:30 start the mist slowly disappearing the first half was always going to be the coolest before the Sun took the full effect. The race started with 207 marathon runners and 40 relay runners with four in each team. 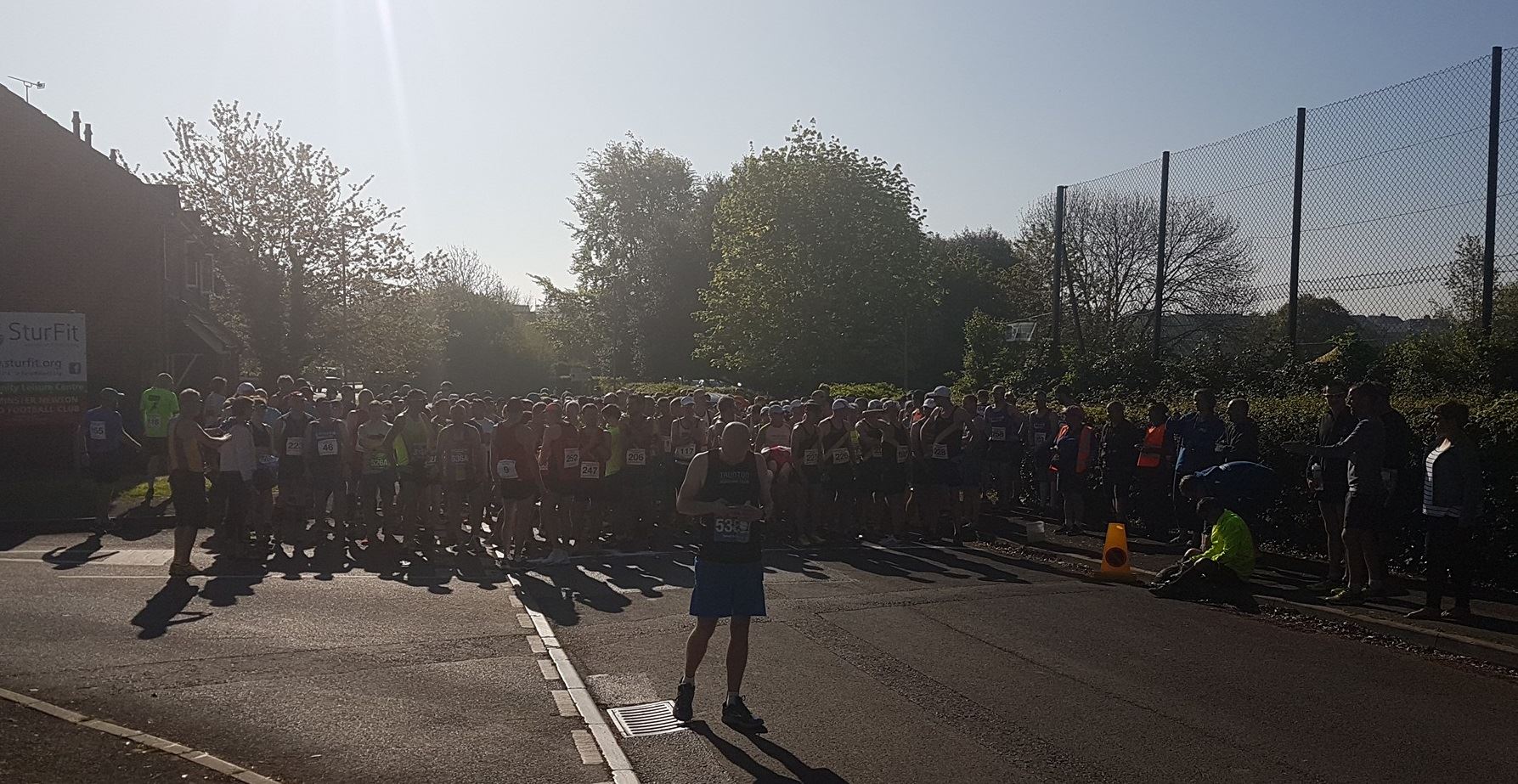 Ok this may contain errors but the Relay teams were: 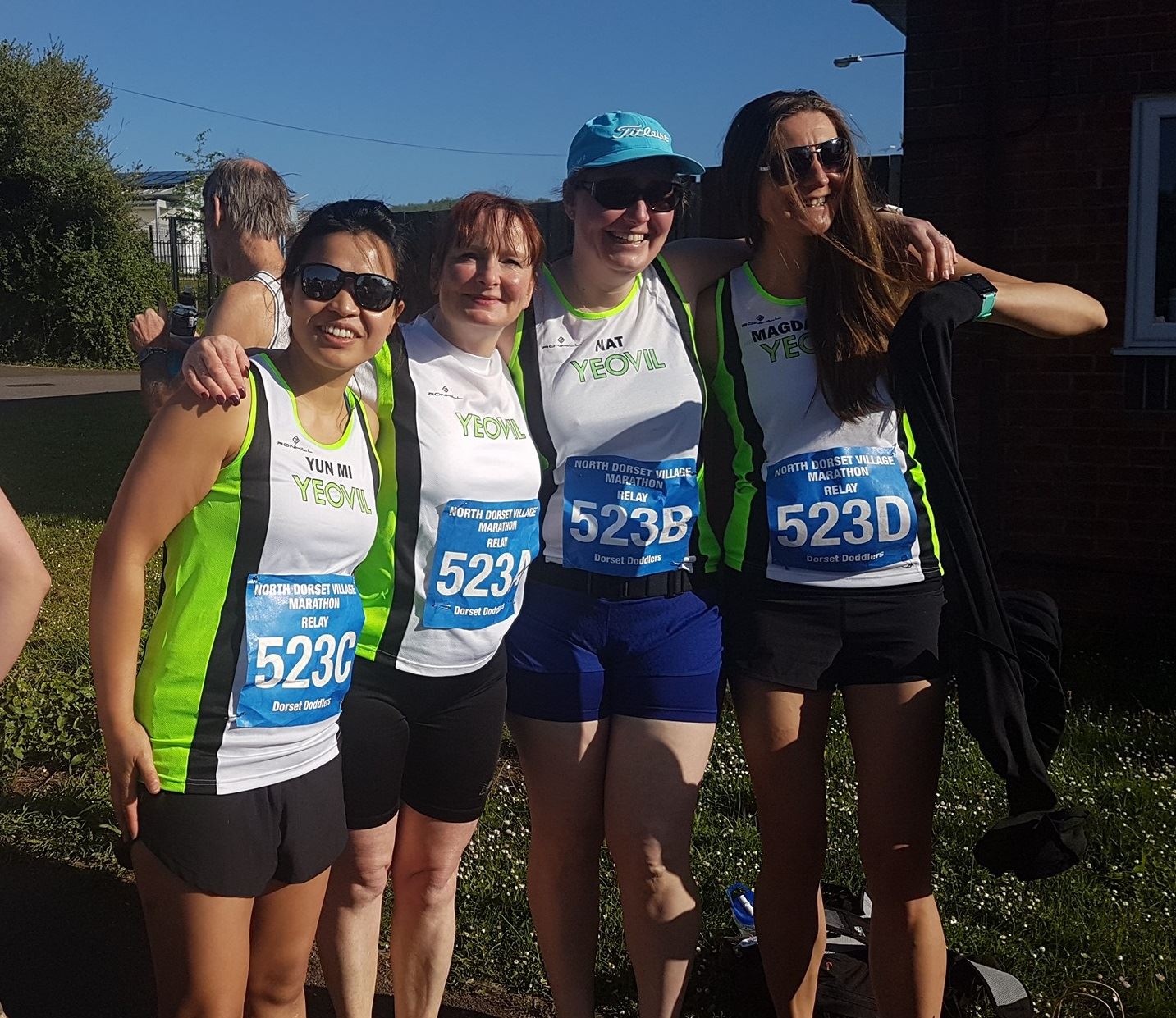 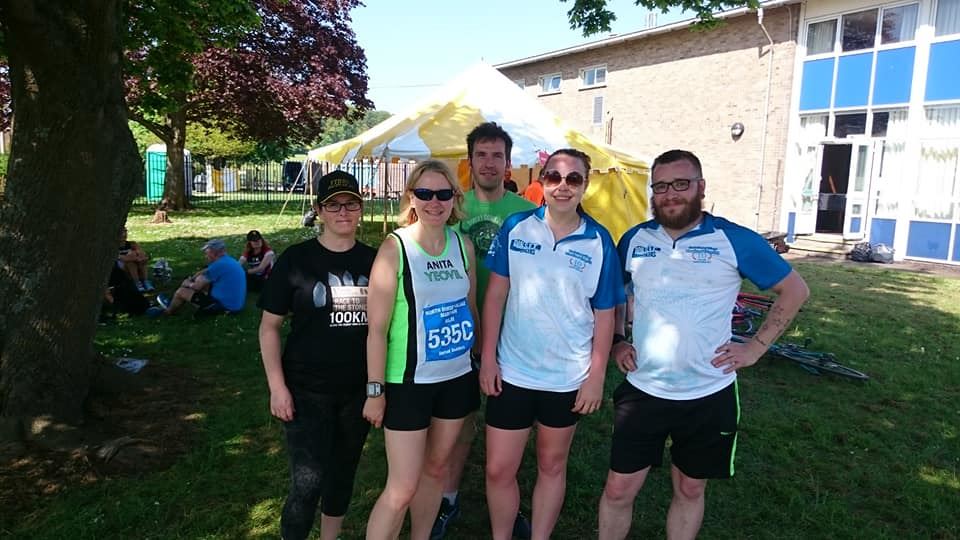 Meat and Two Veg, Catherine, Anita Emma and Daz (also a Cake maker at the back)

Something I can't believe but no photograph of the Prosecco Priscillas, Lindsay, Linda, Kimberley and Frances

As for the results Fab 4 won by a neck closely followed by Yeovil Town Road Running Cronies with Meat and Two Veg and Prosecco bringing up the rear. It was touch and go but with loads of practice, none of the battens were dropped. 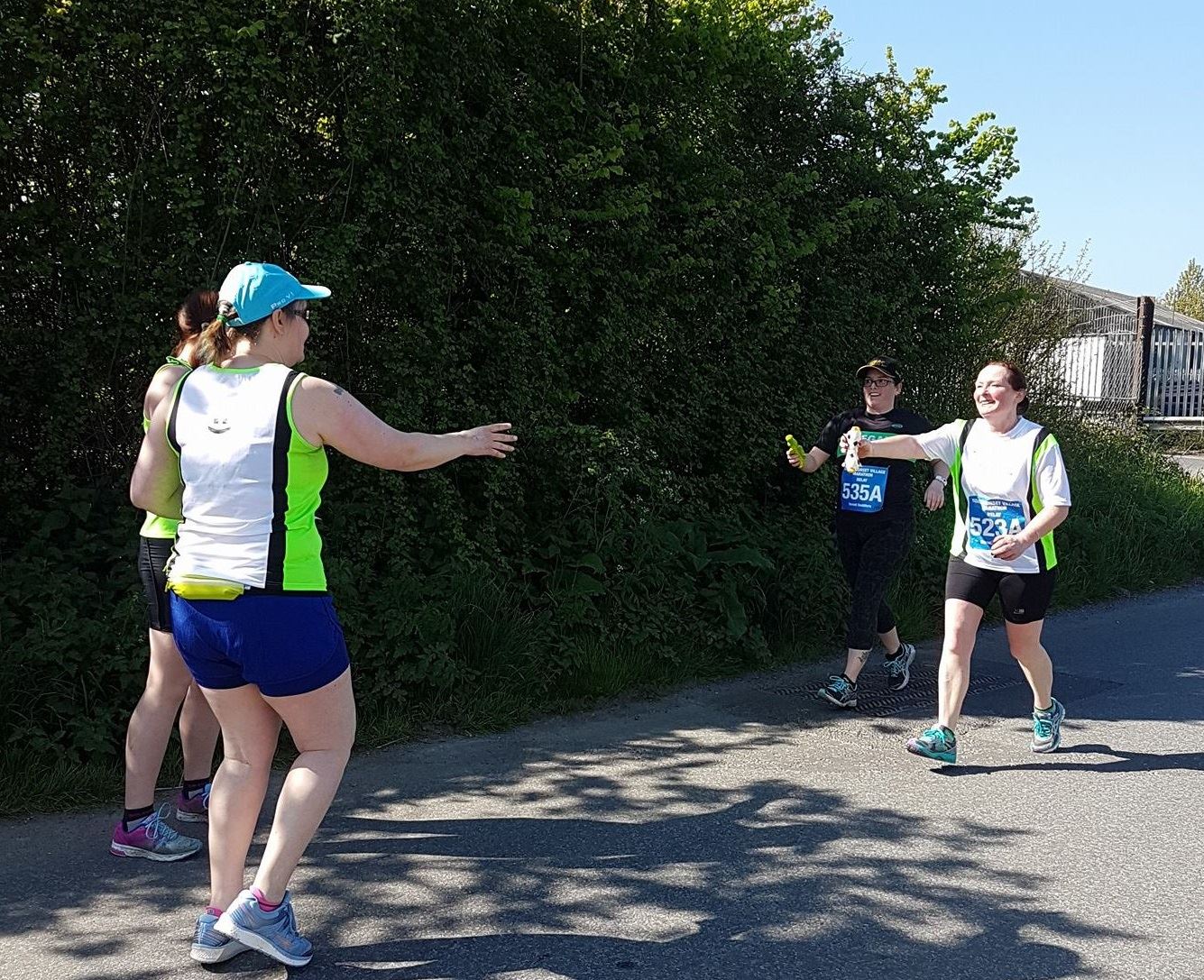 The speed of the change over was breathtaking

Daz was taking this very seriously and from mile 3 in his leg he went for the line.   Nice sprint finish Daz

As for the Marathon runners, there was Georgina, Lynne, JC, Richard and me, we were the only daft idiots to run 26.2 miles in that heat.  I was first over the line with Georgina our first lady. Some great support at the relay points on the route and a big thanks to the house that had their Hose pipe spraying over the road (better than London).  A great event and a great club effort, it got very hot out there but I can't complain about the water stops, there just seemed to be enough and boy I needed them.

After the Race, it was time to chill, free Hog Roast and beer. Well done all. A big thanks to James Day and Triss who were part of the support crew. 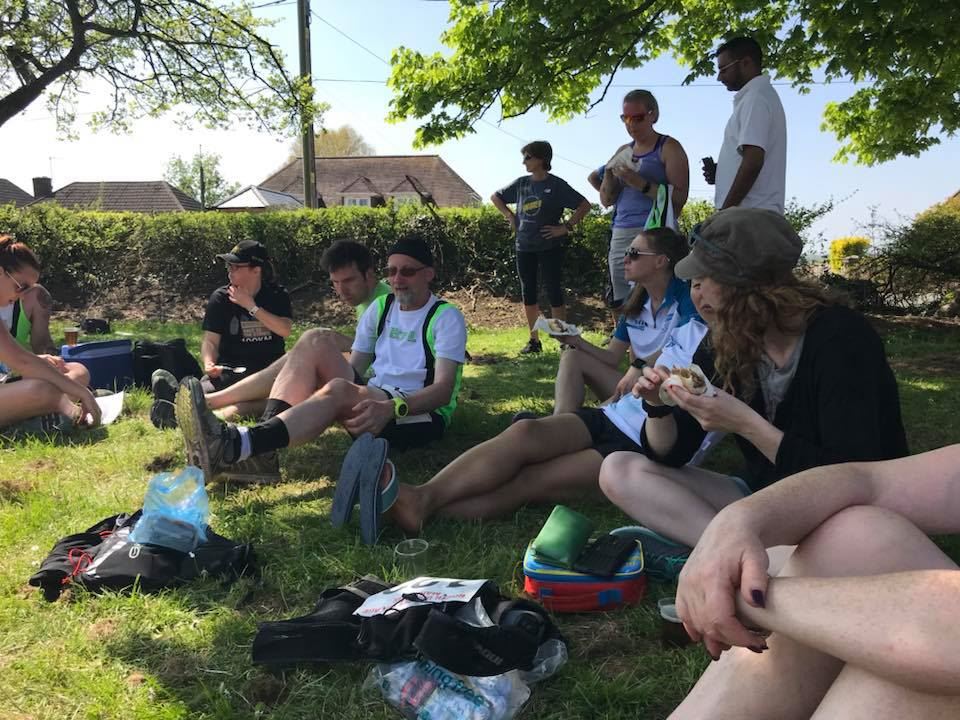 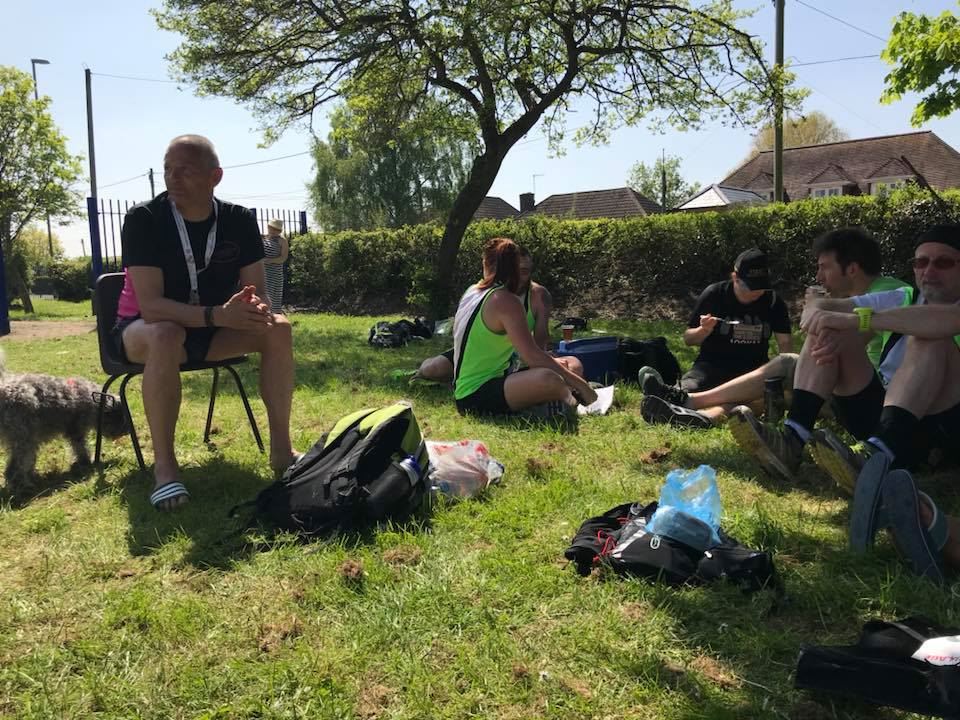 From Frances: Team Prosecco Priscillas (Linda, Lindsay, Myself and Kimberly) relay at NDVM. Great day out supporting the marathoners too. Very hot so well done all. Our relay baton is worn out too - could have been worse for him as I squeaked him near a golden retriever....!

From Nat: This is what I love about the club, after a hard run (well done off us done slightly more than me ). Huge respect to those who ran a full marathon in this heat. Also for people who took time out to support the club. Well done all !!

Morning! Just wanted to say how much I thoroughly enjoyed yesterday. I just thought the whole day was utterly fantastic! It doesn’t matter what part you played yesterday, we all went out there with our YTRRC vests and smashed it. Some people then going on to run Glastonbury 10K, nutter! It wasn’t really a day for PB’s or running fast to win relays, we just wanted to run, that is all. From a supporting role, I personally found it uplifting to following you all around the course cheering you on a different mile markers and changeover points. It was a great atmosphere with great weather (maybe not for running) and amazing company. Well done all. My player of the day is Triss, he walked nearly a mile (with fag breaks) and didn’t complain once! He needs a day off! With love, The Jelly Baby Man

From Lynne: A big thank you to you James , it was so lovely to have that support on the way round .its a beautiful course but can be a bit lonely when your an old duffer at the back like me!!!!! So kind so may friends waited to see me in, much appreciated. As always a Ytrrc group feast after! Big

BRISTOL HALF MARATHON 2018 Sunday 23rd September YTRRC runners club day trip. £32 per paid up first claim YTRRC runner. I will be collecting money (cash/cheque 'YTRRC') from this Tuesday night club run until Tuesday 5th June. Please put your money in an envelope with your name & email address on it. Sorry, can't do PayPal/Bacs. Then I will email you the code to enter the race. There's a coach as usual ... and cake!

Busy week for the Club, AGM on Tuesday and then we have Race 2 of the Summers 5k, help is always needed so please let Steve and Lindsey know if you can help. Cakes as well for Mel and Denise. Thanks 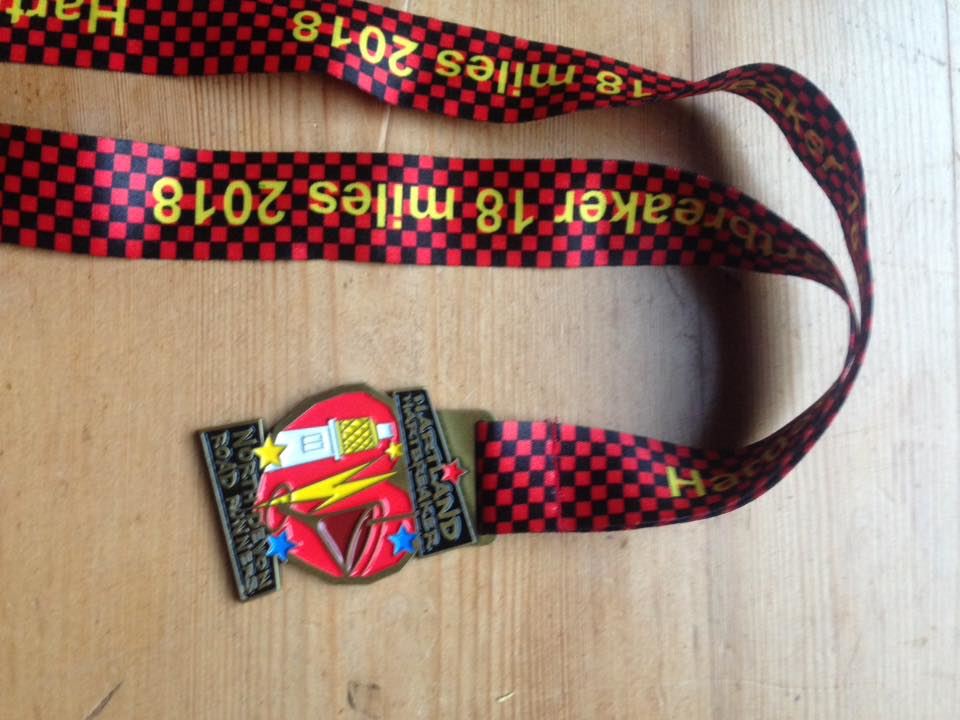 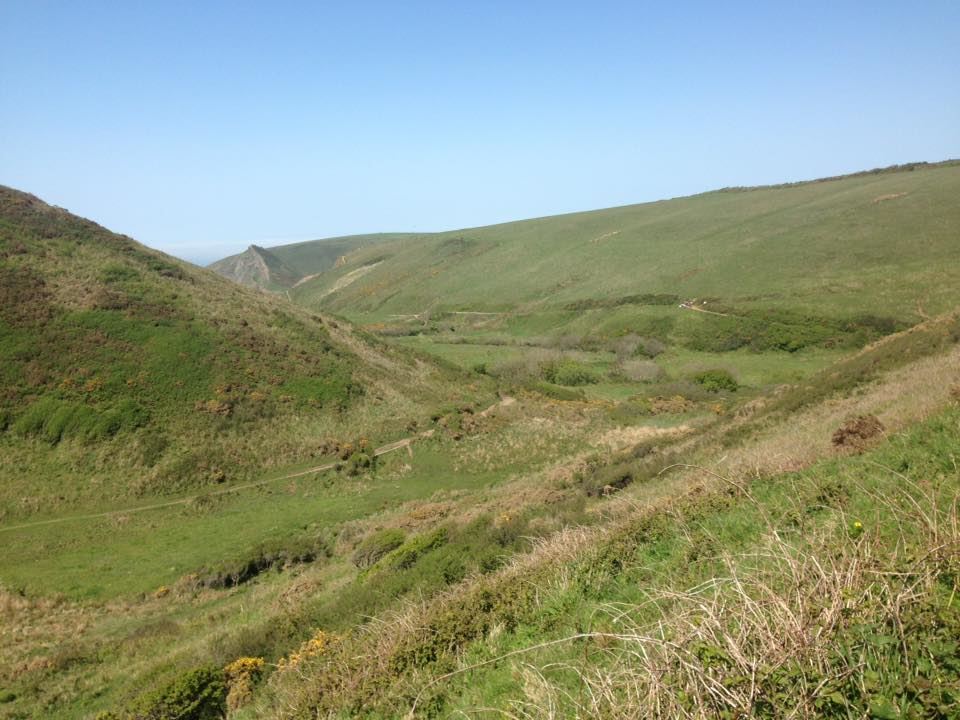 Paula Posted: Hartland Heartbreaker 18 miles done. I was meant to be running this with John so it was always going to be tough. I missed him every step of the way but I think he would have been proud of me today- if not for my running then for the amount of alcohol I managed to consume in the second half!

A Club Championship Race with points up for grabs. So much so that Linda completed her first relay leg at the NDVM then made poor Steve drive all the way to Glasto so Linda to run this. But she is not going for the points.

From Lesley: Glastonbury 10k completed. A good turnout and awards for YTRRC. A special congratulations to Elaine Hurley, a new member, who was first lady overall. Age-graded prizes for me, Steve Lye, Mike Collins and Darrell Sheen. (see me for your prize) Steve Lye, Mike Collins, Darrell Sheen and Jeff Watson were awarded 3rd Team prize (see Jeff for your prize). Elaine Hurley also got an age category award (which I also have). It was very hot out there today so well done to everyone who ran at various locations. 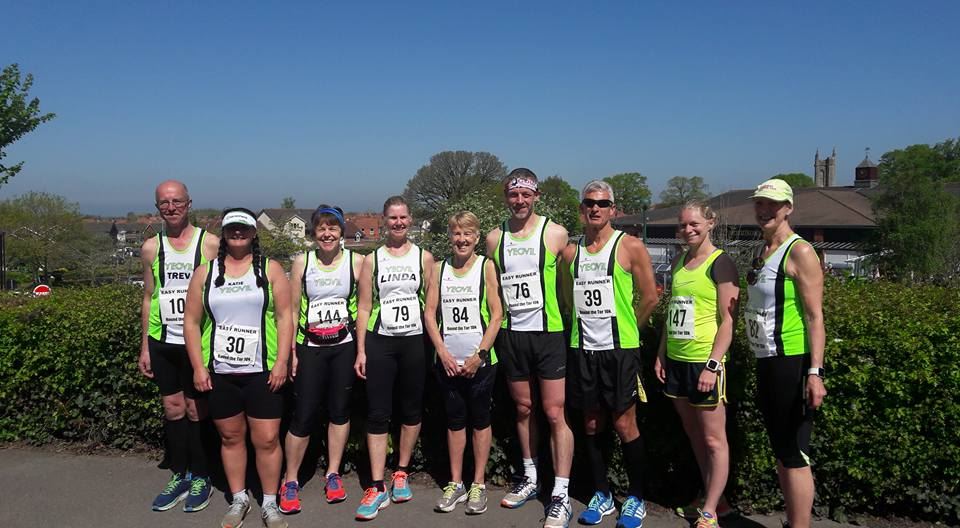 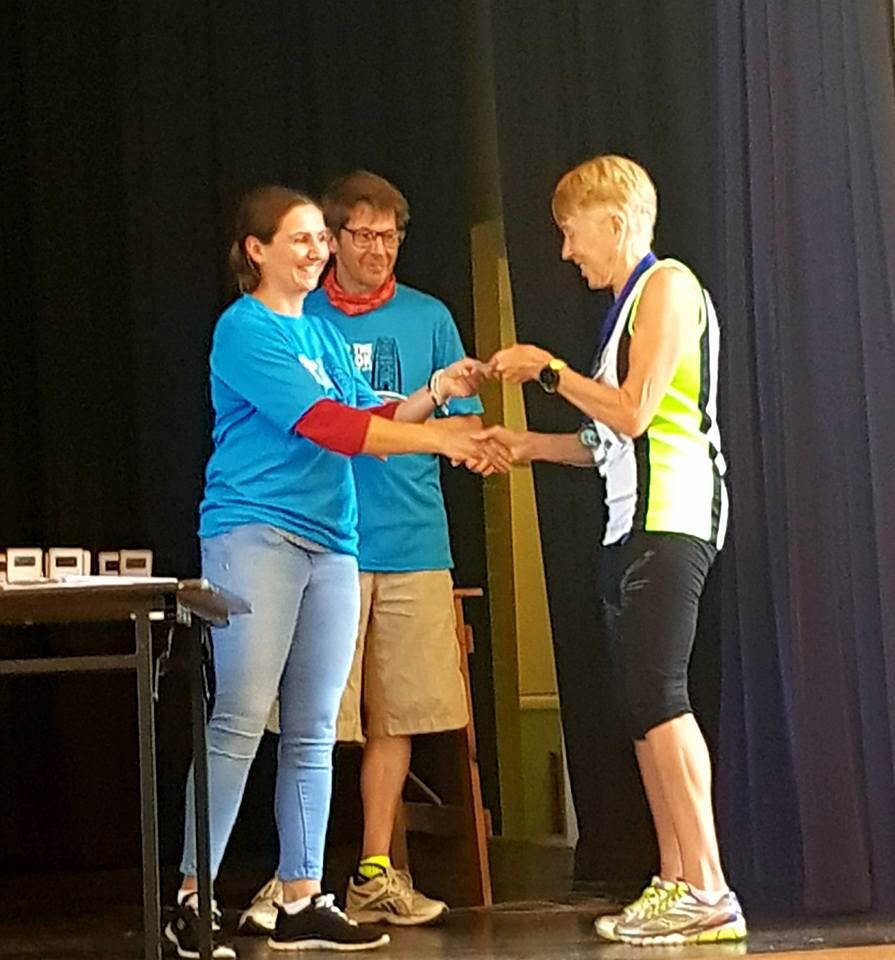 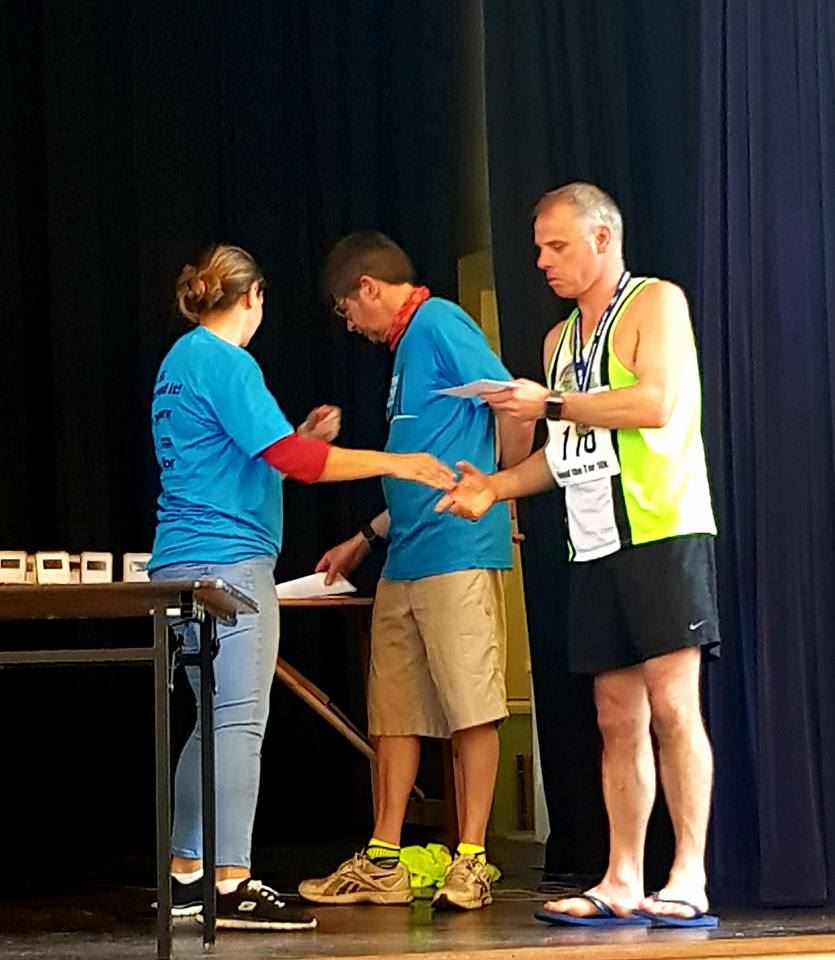 From Steve Lye: Well done to all the YTRRC at Glastonbury 10k today. It was certainly hot and Glastonbury never fails to disappoint if you are trying to complete your list of top 10 witches, wizards and strangely attired people. Quite an eclectic demographic! Had to dash off at the end so don't know final results but well done Darrel Sheen being first home - despite knocking 100 seconds off of last year (happy with a sub 40 mins) and being10 seconds off of my p.b you were too fast - well-done fella.

😁. We have prize voucher each. Please pm me to arrange the handover of the vouchers. I'm quite happy to spend them all if you prefer

Rob Thompson ran the Bath Two Tunnels: Just finished the two tunnels half up near Bath. Left home cold and misty, got there, blue skies and hot. There's a whole host of races starting with a colour run for kids followed by waves of half, hilly half, 5 and 10k. It can get a bit confusing but once on the run it makes sense. 8 miles of the half is run in tunnels. It's an out and back course and you do two laps. Finished with a 1.45. Reasonably happy with that had a good final 5k after a poor third 5k. Garmin's don't really work. I only have 17k showing! 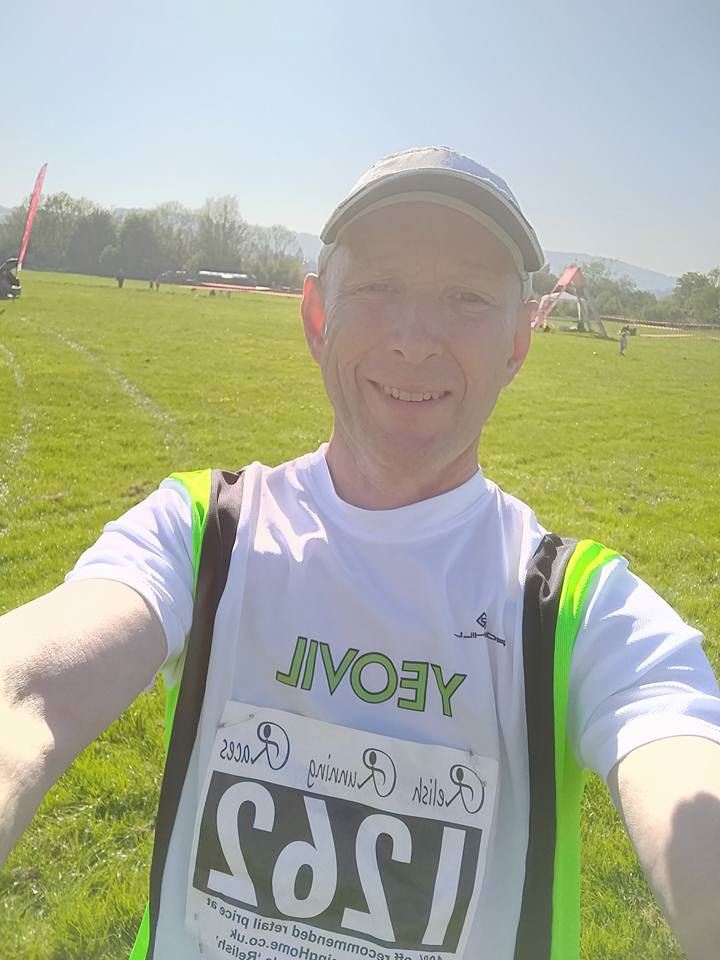 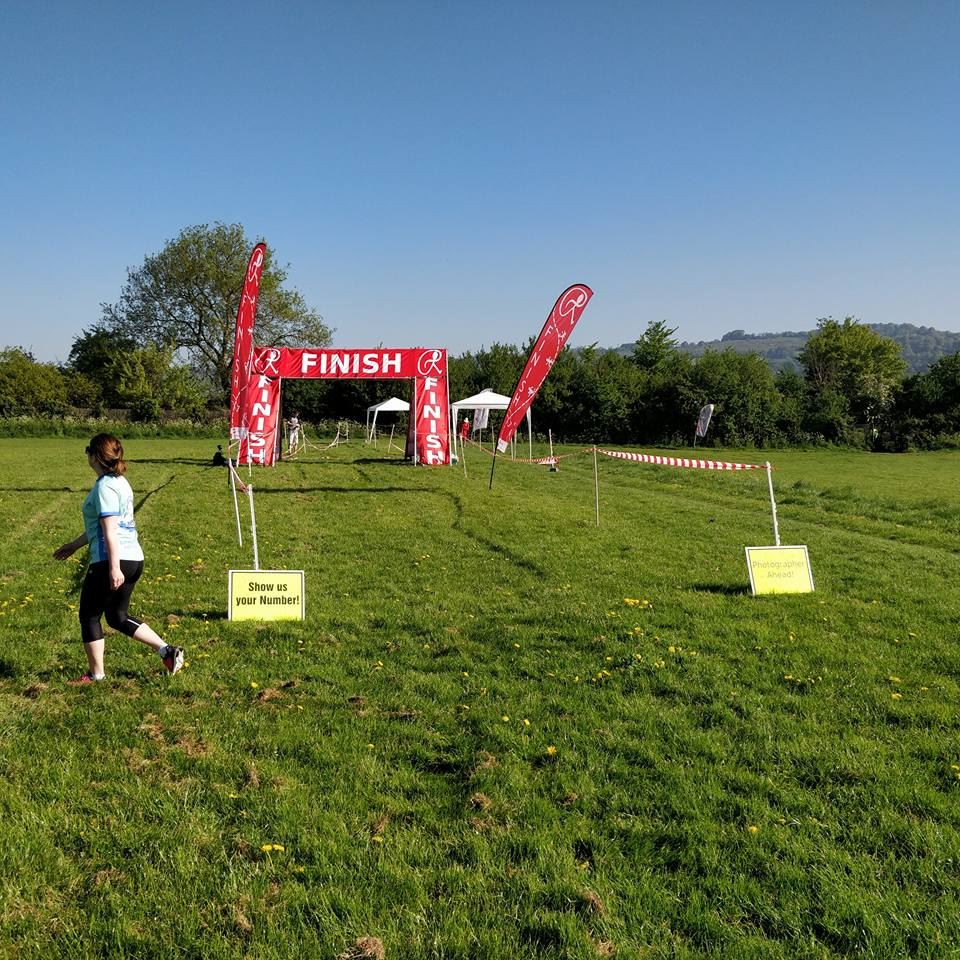 The following pub runs are coming up and we would love new members and those that have not done one before to come along and try one. They are a great Social Run and you get to know members better and we would also like more Club members to get involved and even maybe pick a Pub we have not been to. The Pup runs are simple, we turn up at a Pub about 6:15 pm and order the food (you do not have to eat) go for a run at the slowest pace come back and eat.  Any questions on this or how they work please ask.

PUB RUN – KINGSBURY EPISCOPI (3rd May 2018) – RECCE FOR TOWN TREE TRAIL This was Adam’s Pub Run for a second week, and it was a recce run for the “new route” Town Tree Trail. Most of us went in one big group tonight. For the new route we left the pub and ran up the road to the Recreation ground from where the race is to start. We started by doing a loop of the rec then continued up to road to find a track on the right. We crossed the river and ran a series of loops round orchards. We crossed a field with friendly highland cattle (big hairy with big horns), then made our way down a grassy track. We crossed over the disused railway line and entered the Nature Reserve. Next were the familiar loops round Town Tree, and then it was a case of going back the way we came. By this time the highland cattle were down the far end of the field. Running back along the edge of the river was nice. My personal view is that the new route is an improvement on the old one, as it is mostly off-road, with some very nice scenery. Thanks, Adam and all, it was 6 miles of mostly good cross-country. 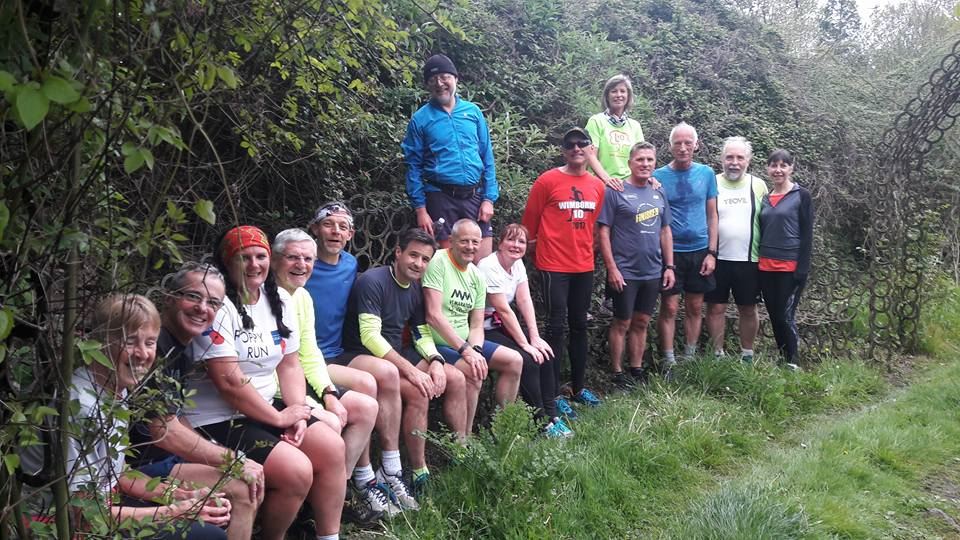