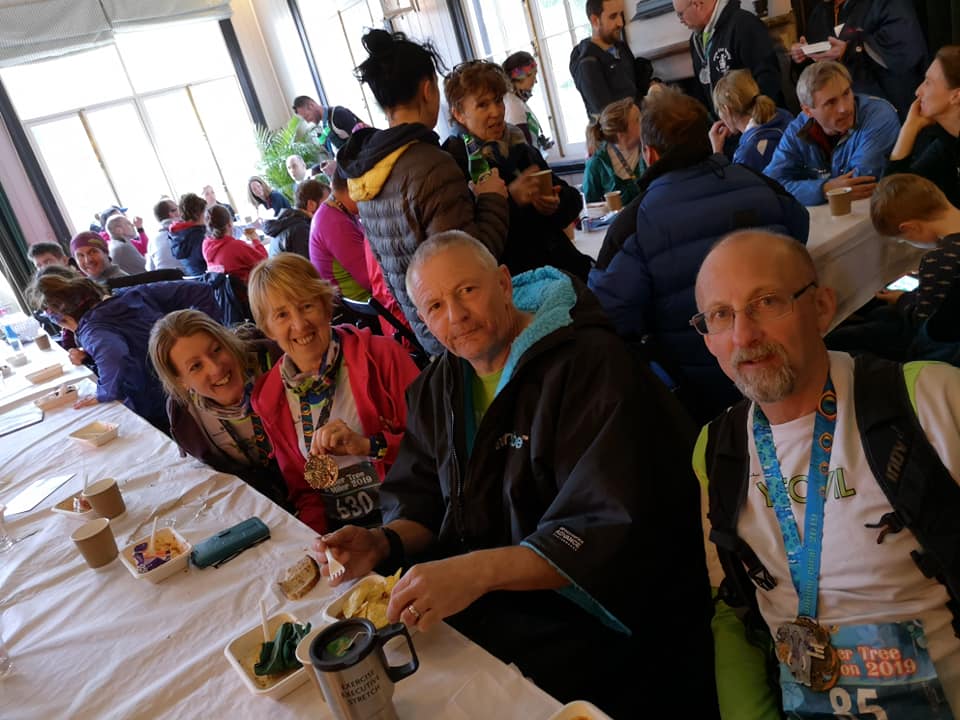 Today saw the 2nd Day of the Larmer Tree weekend with the Marathon and 20 miler. The race was 10 mins late starting due to trees that had fallen down due to the wind. The marathon had Dave, Kev, JC and me with Lesley, Louise, Helen and Luke in the 20. 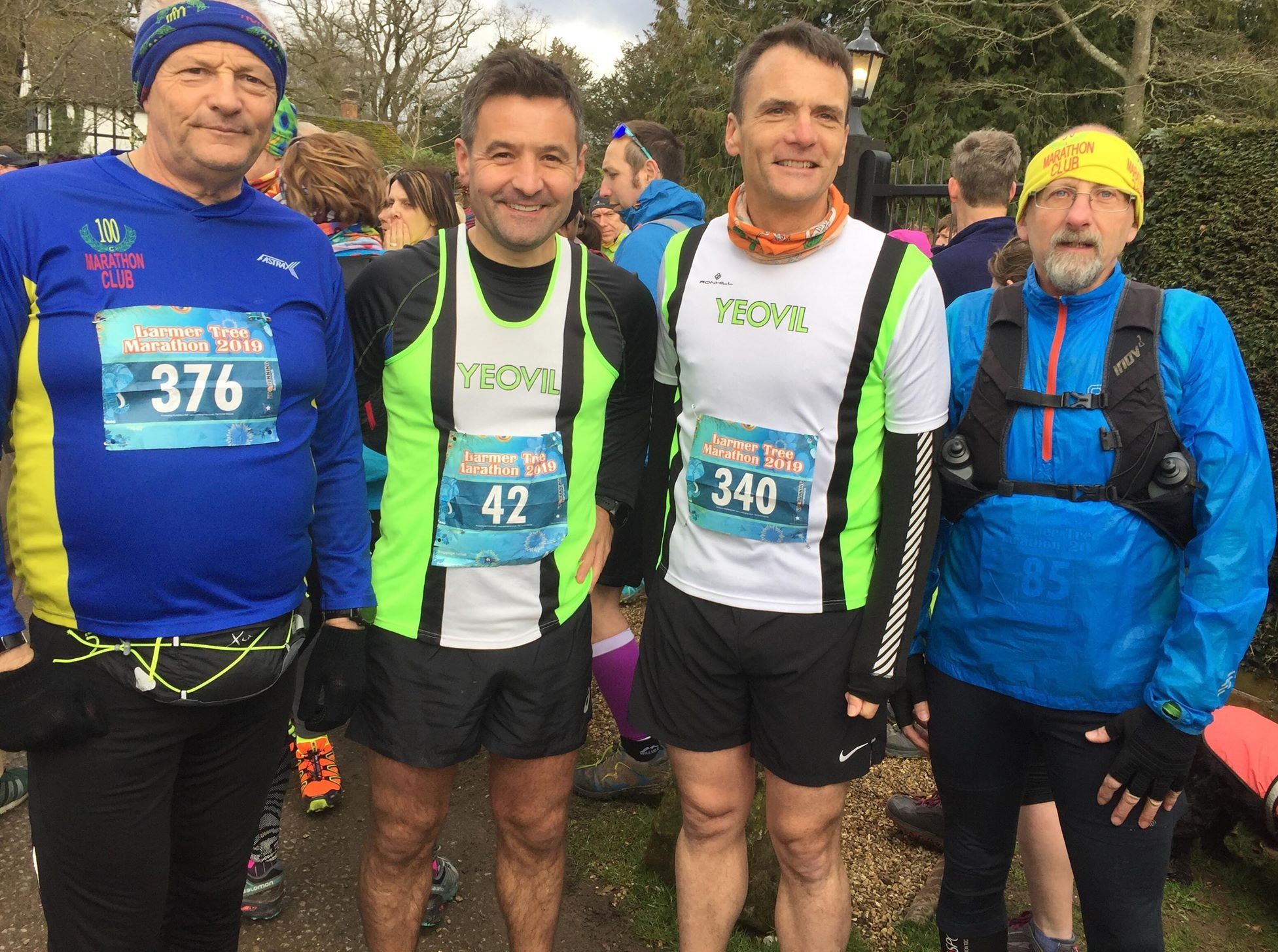 During the race, the wind really picked up and there was also hailstones that hurt your head, the temperature dropped and I was glad I took my jacket. It was very hard going with the wind, mud and the hills, saw why have I now done 5 Larmer Tree Marathons?

On the last big hill was this man: 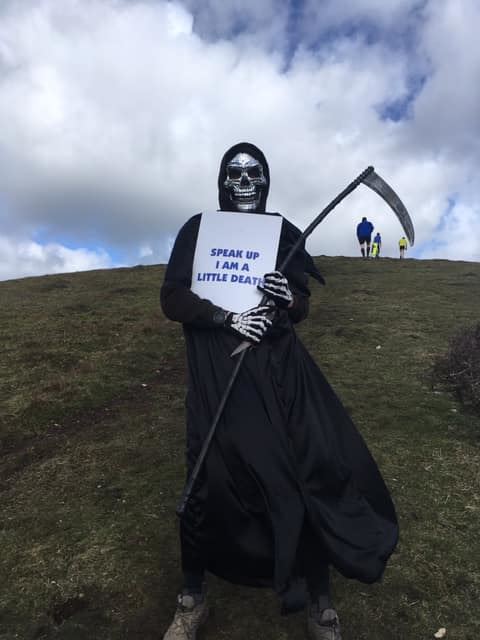 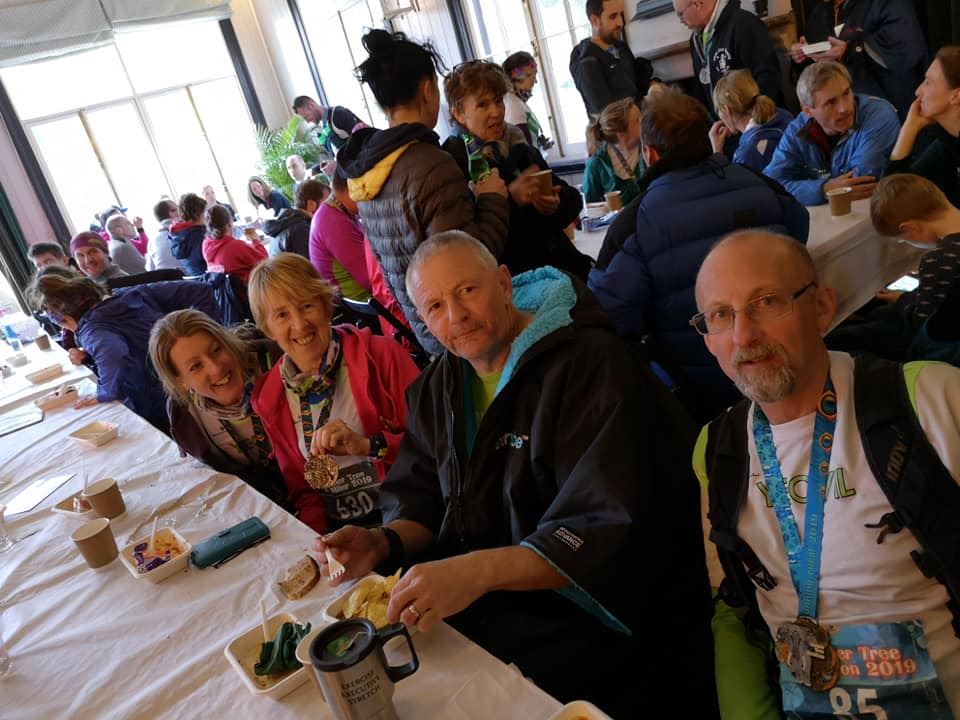 From Louise: Larmer 20 and Marathon today. The 4 of us in the first photo plus Rachel Hayton did the 20 and that was quite enough thank you! 3 fallen trees on the route, 50mph winds that blew you sideways and 2 hailstorms made for an interesting time. Very happy that we all finished together in under 4.30. Lesley and I do not understand how it was 10 minutes quicker than we managed last year! Well done to Kev, Dave Tilsley, JC and Bungy who did the Marathon. Rather you than me! 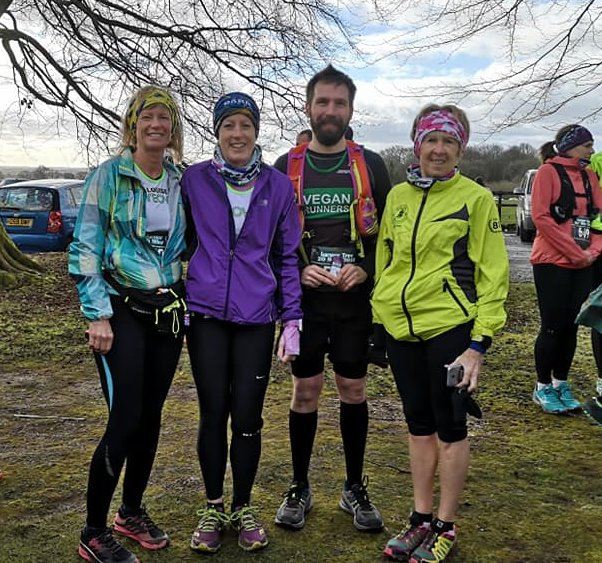 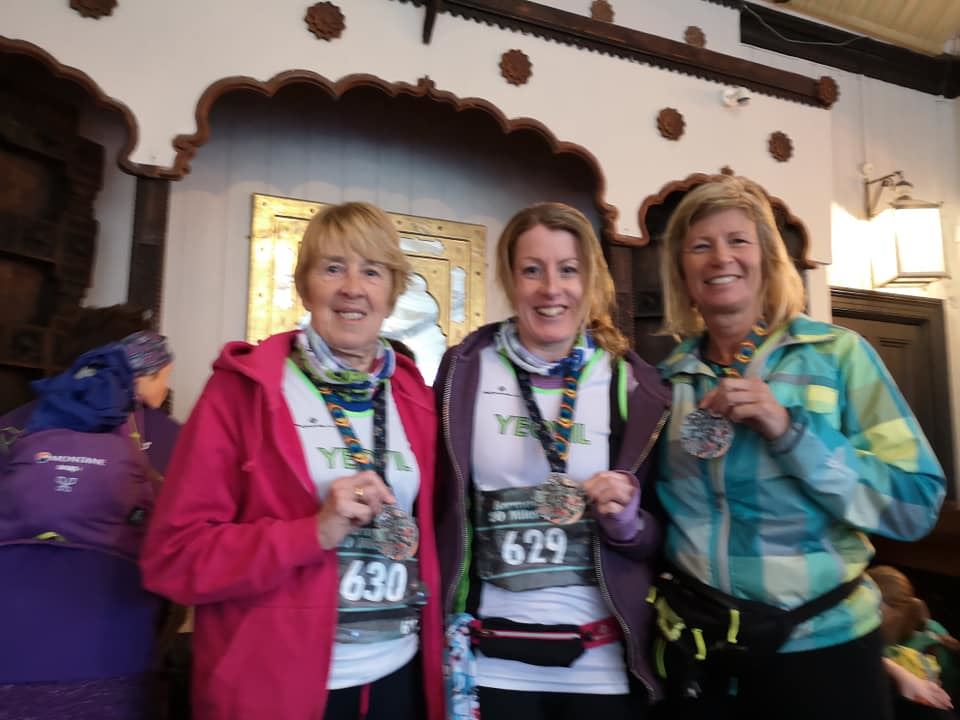 Normally the Club has a few at this but today was just Trev. 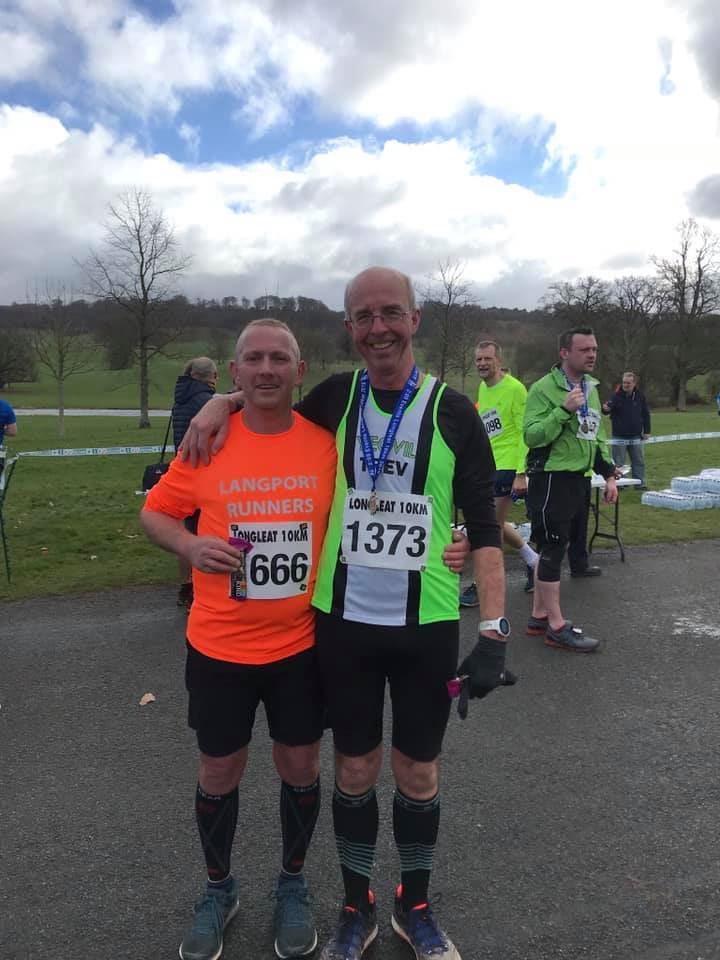 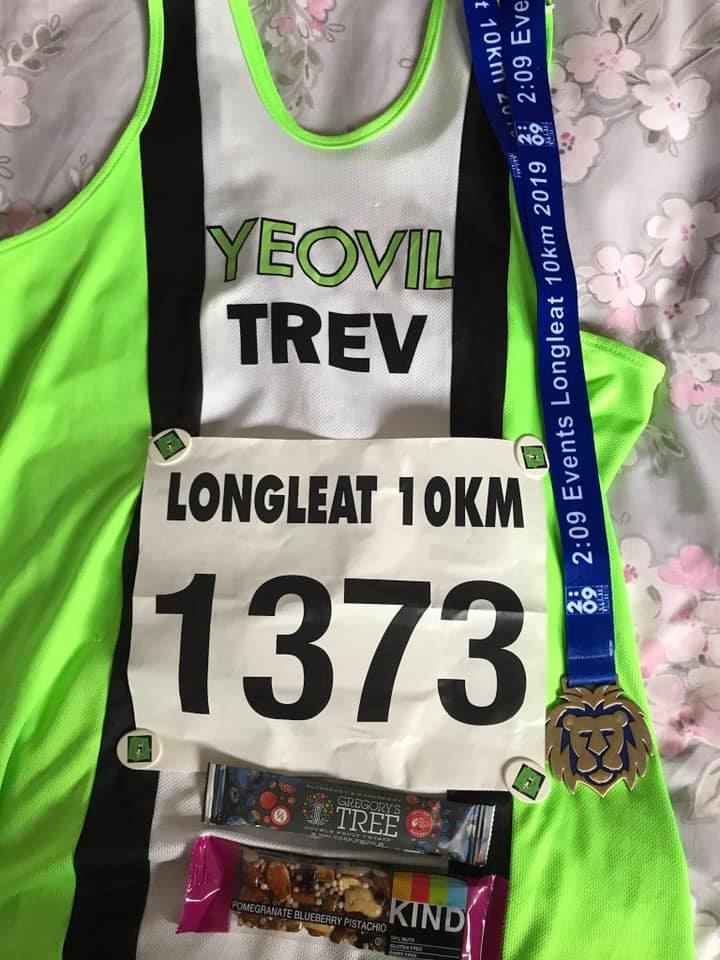 From Kev: Busy weekend of racing with club runners spread far and wide this weekend. Weymouth hosted their Annual 10k event which closed with about 500 entries. 5 YTRRC Runners were entered, Darren Lee O'Donnell was entered but possibly a non starter having been nursing calf strain lately.
This course did what we all love... put in laps of a field 🙄... but with a twist... 2 laps of an undulating field at the beginning !! That was all that was needed to spread the runners out as we headed onto the footpath to start the outward bound journey along a wet and windy promenade.
Within 2 km the rain and wind came down relentlessly as if it would last the duration of the race.... however, luckily rain receeded but the wind remained strong throughout , the turning point was the end of Esplanade past Weymouth Pavilion at 6k then 4k to finish.
Edward Budzynski our new friend and Club member ran really well ( ran 8 days in a row ) he's due a day off.. finished in 46:54 but Kevin Stenner who is finding form again did not let Edward have it easy they had a little battle throughout with Kevin just unable to hold pace in last 500 yards .
Kevin Doherty finished respectably behind Mr Stenner ( 49:39) to secure his lift home 😁.
And Rachael Gosney ran fantastically to be well under an hour ( 58:12) on a tough day on the Dorset coast. 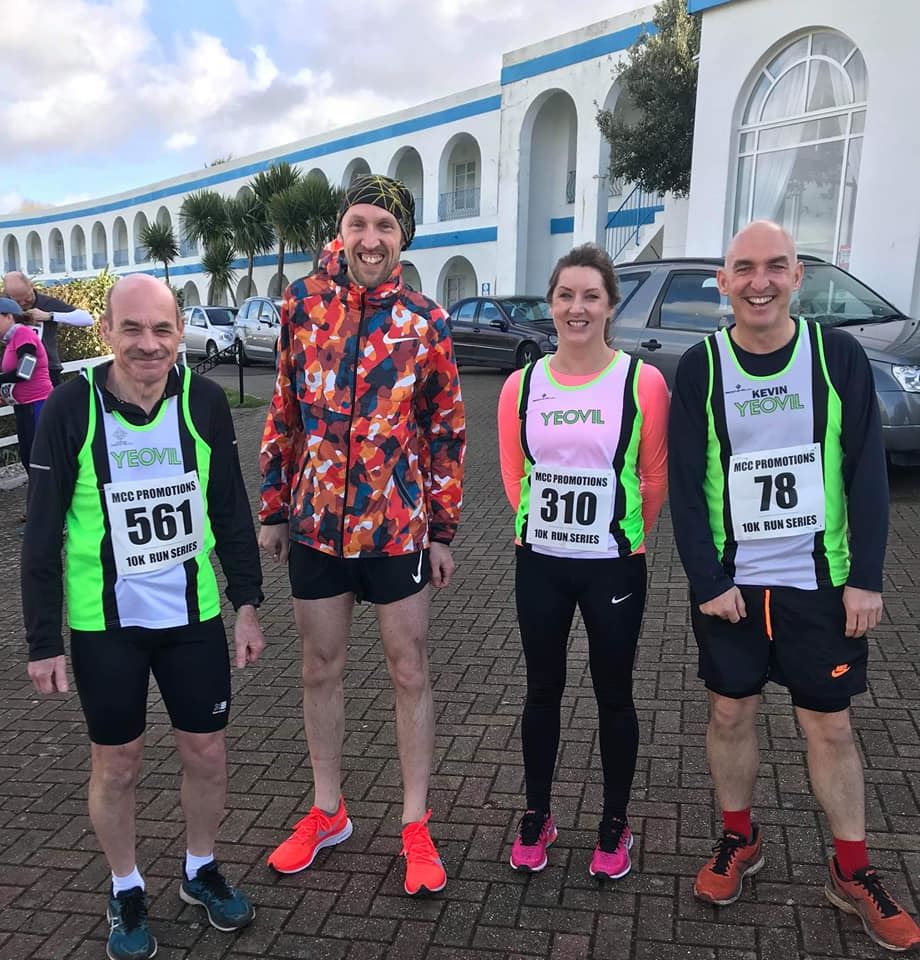 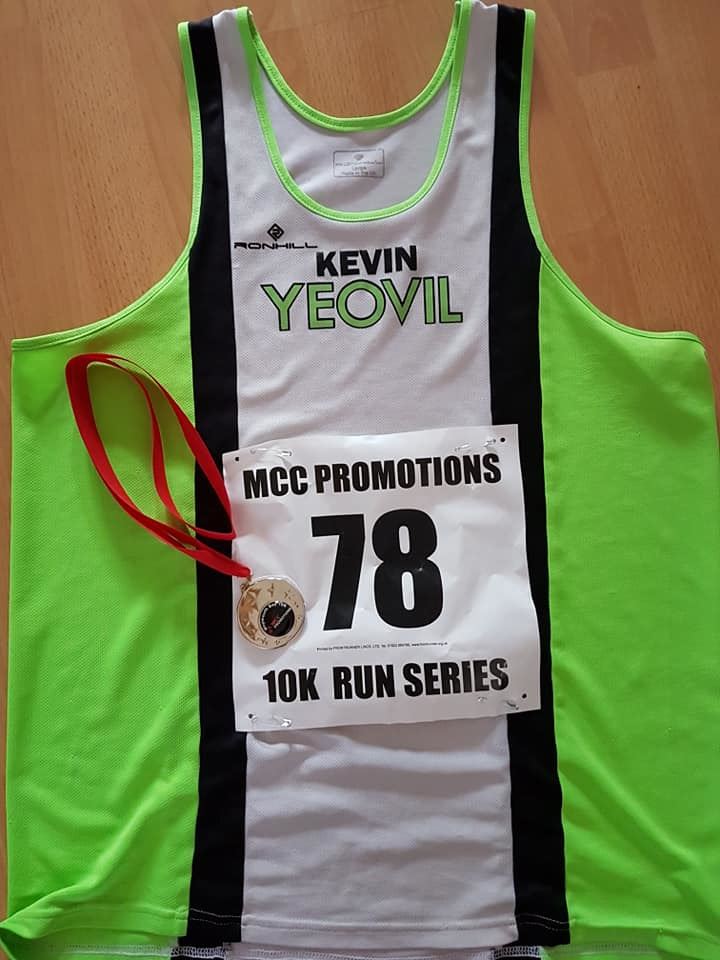 We had four in the 10 miler and one in the half today at the Larmer Tree Estate. The weather was good and the course could have been much worse with the rain we have had but it was muddy in places and of course, there are the hills two in fact. Well done to Paul Masters in the Half and in the 10 miler we had Leyton Green, me, Louise Mckenna and Sharon Marsters. How the winner could do that in 1h 11m I don't know. 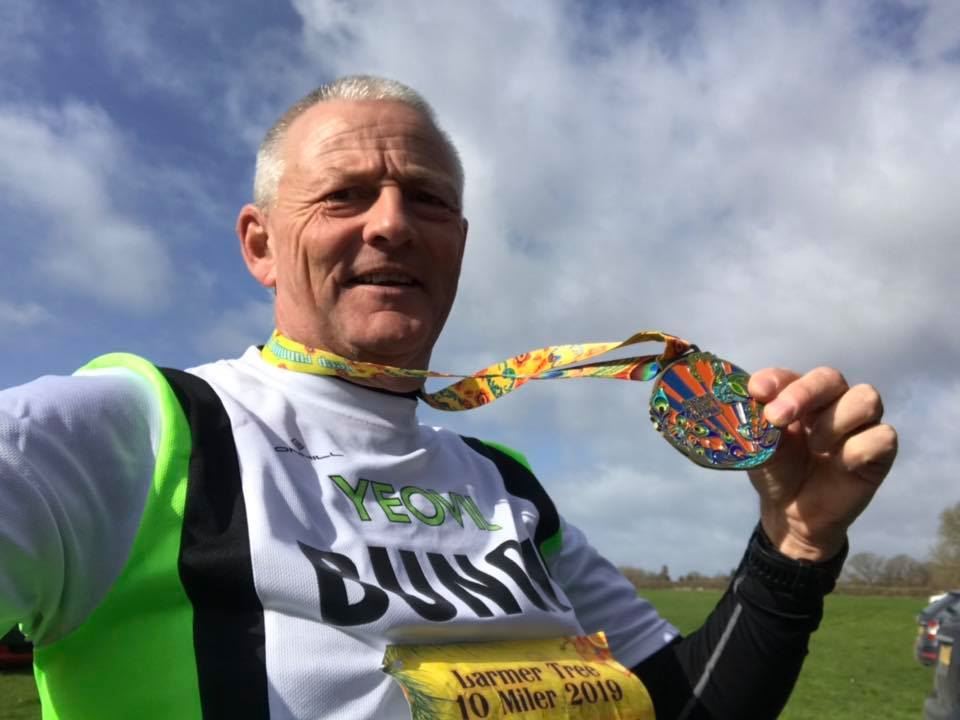 The 10k group continues to do well, well done Graham and all those that take part. 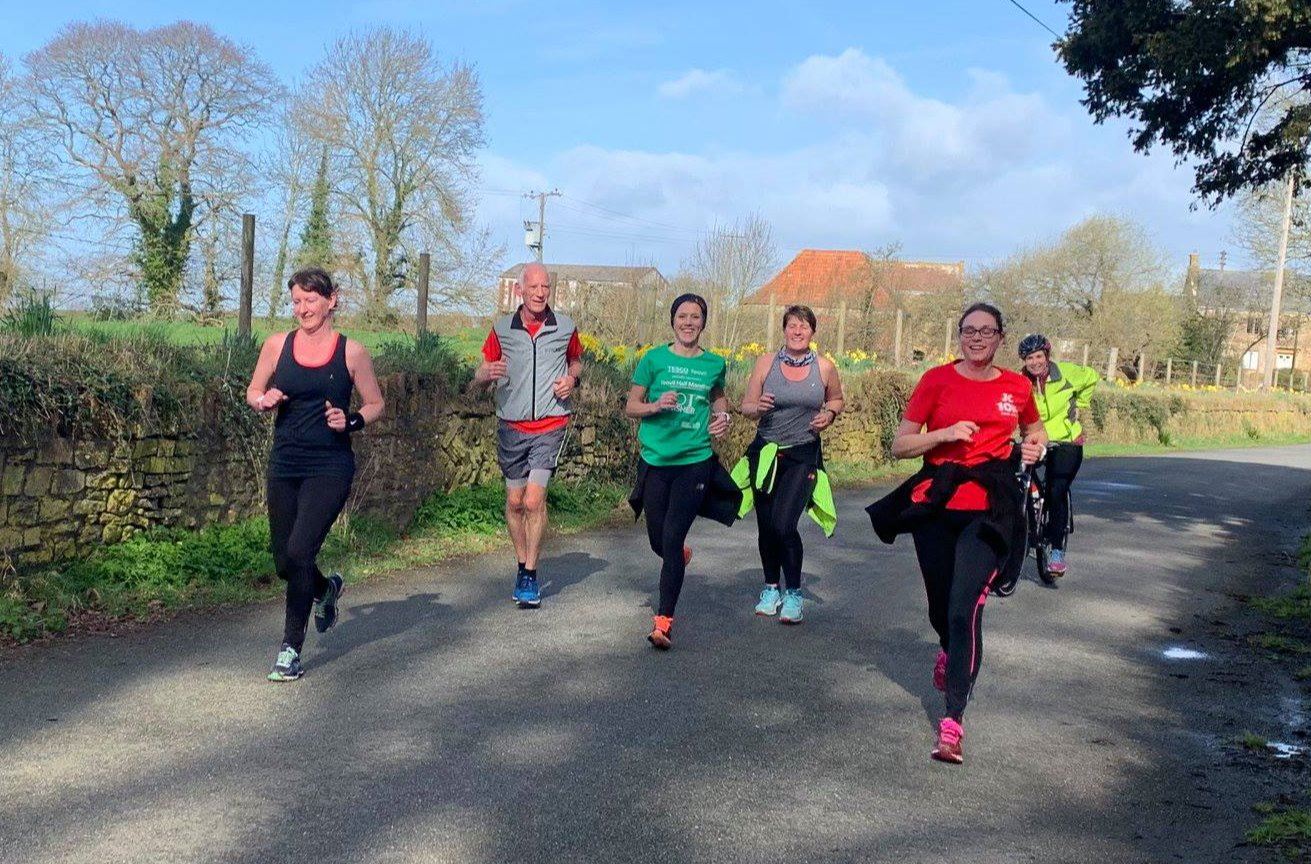 Minutes of the meeting can be seen here.

There has been a complaint by the dog walkers at Aldon about runners using the area. They reported this to the new Warden at Aldon who, in turn, spoke to Brian Baker who is a representative Schools Athletics. Brian was concerned that if this was repeated his plans to hold next years SSAA Championships would be rejected.

This has been looked into by Steve Warren and Phil MacQuaid and there is no evidence that the runners came from our Club. I will send a letter to Brian Baker.

Prior to the sale of Aldon, the Club were allowed to run across on Tuesday evenings i.e. club runs but the leaders and as many runners as possible had to wear kit with YTRRC on it. Since the sale, Aldon and the Showground has come under the guardianship of Symonds and Sampson Estate Agents. If anyone wishes to run at Aldon, they must obtain an annual personal licence costing £50 before doing so. Therefore, all members are advised not to trespass on either site.

However, there are some rights of way across Aldon and the areas are actively patrolled by wardens.

PUB RUN – WEST CHINNOCK (7TH March 2019)
After a long absence, we were back at the Muddled Man tonight. Why is the village named after a helicopter? Apart from Phil, J.C. led one big group tonight on a 7 mile undulating loop. Going clockwise we ran north, turned right, then left and climbed up onto Chiselborough Hill. This brought back memories of last Sundays 16 mile training run with Lesley. We continued eastward with atmospheric hilltop views of distant lights away in the dark. We crossed the lane to Odcombe and crossed the A30 by the bridge, and ran down towards Hardington Mandeville. Climbing we reached Hill Cross and turned right at the top. The lane took us back down to the A30. We crossed over and very carefully made our way along the busy road for a 100 yards or so. We were then back onto quiet lanes again. We ran westward along east lane. Lights of crewkerne and Haselbury were off to the left, and lights of Chiselborough were off to the right. We were not hanging around tonight and it was a good run. Thanks to J.C. and to Phil for booking the pub. 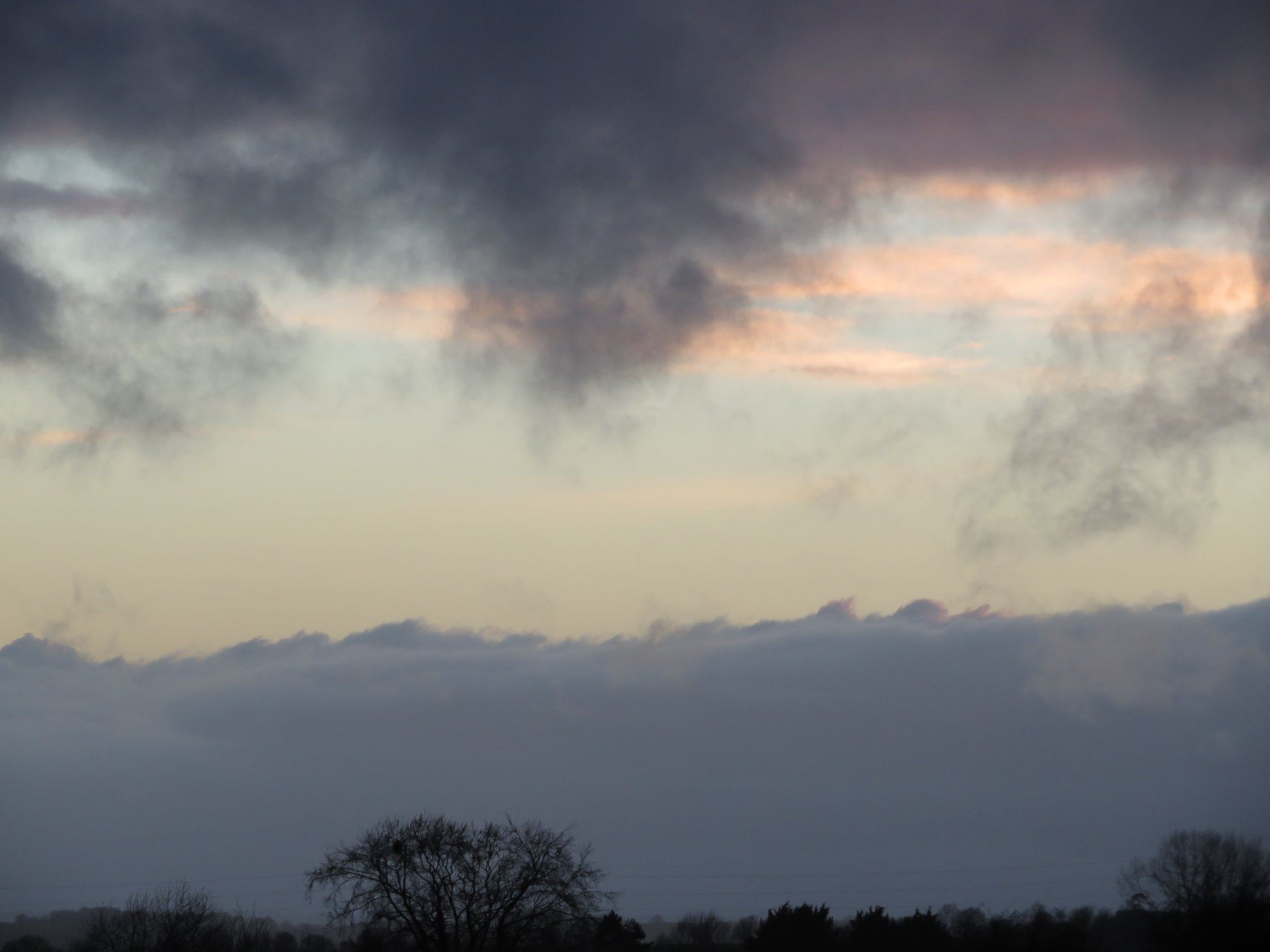