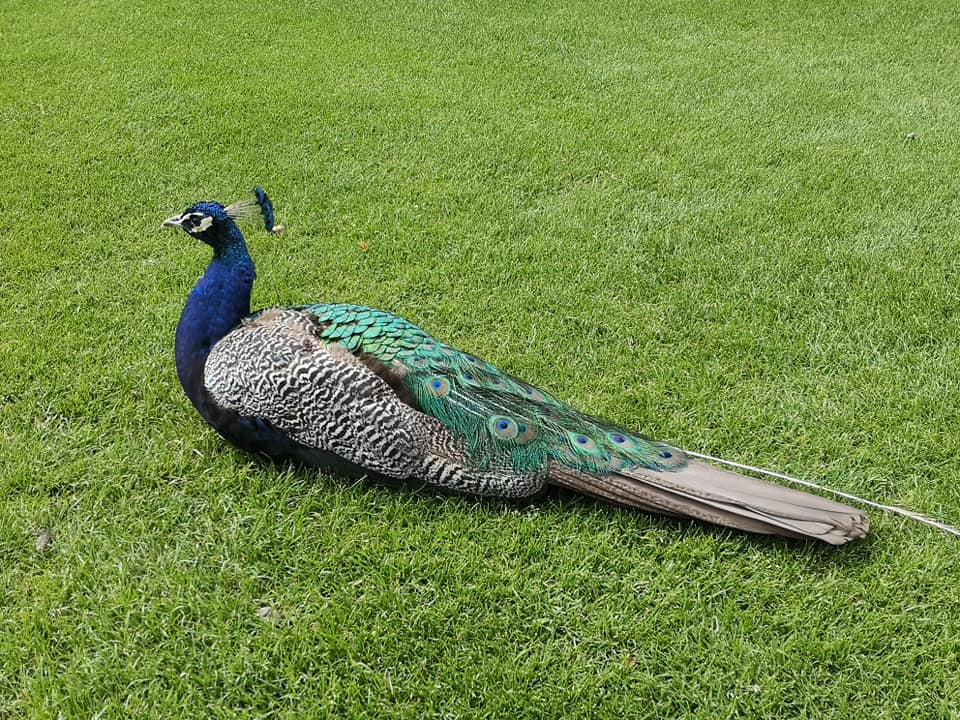 This weekend saw the Larmer Races normally in March move to Summer but this did not stop a storm going through the night before and a bit of rain during the 10 miler and Marathon both on the Saturday. The Club had runners in both of these Races, the Marathon was first off at 08:30 with Kev B, Steve Lye, Dan, JC, Anita R and me. The 10 miler had Fez, Louise, Jo and Linda. 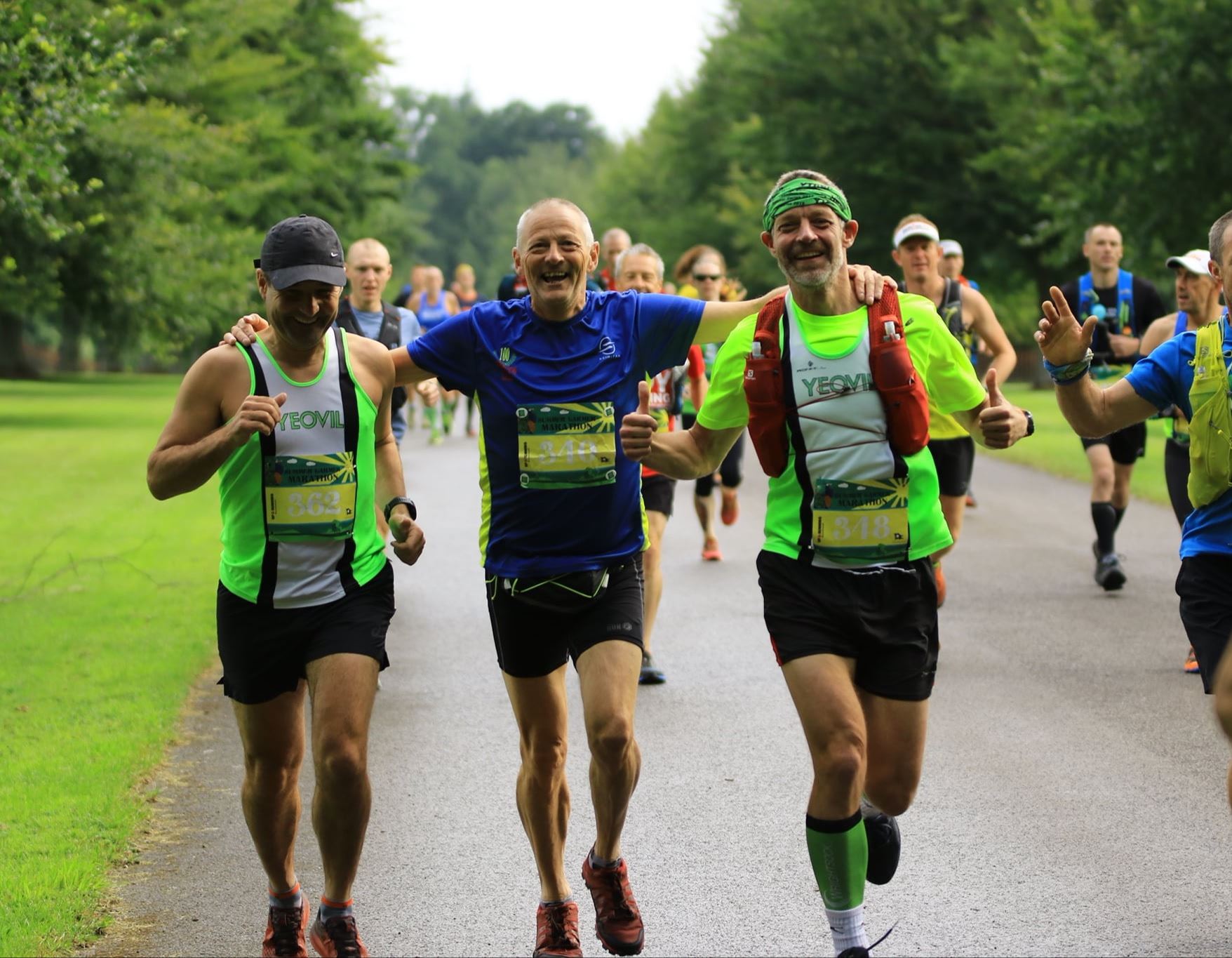 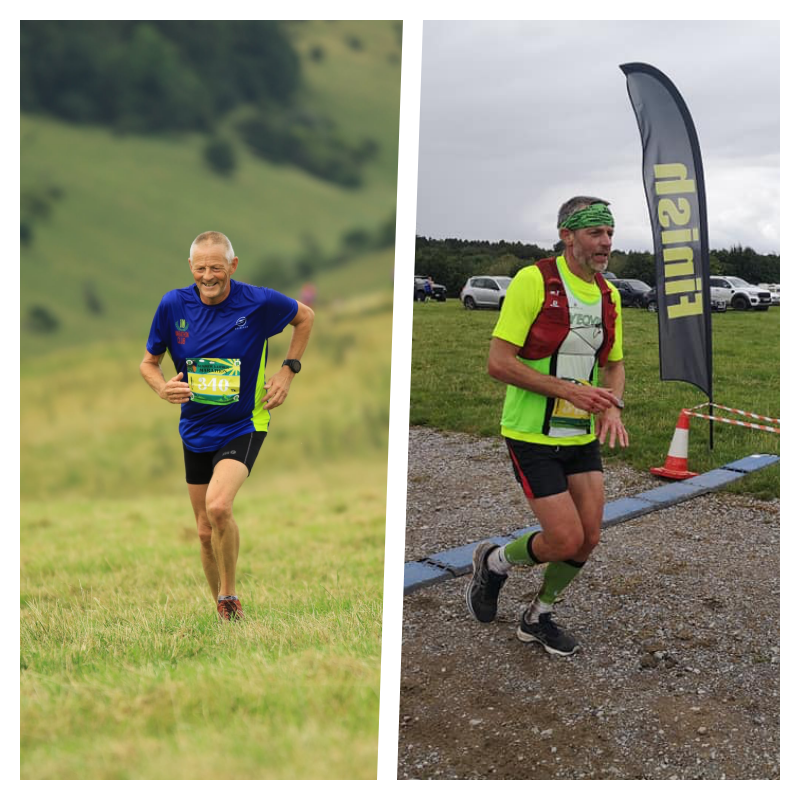 From Louise: A few after we had finished. Enjoyed running the Larmer 10 with Fez but definitely wouldn't have enjoyed the Marathon, incredibly tough but great to have a chance to run here in better weather conditions than March! Enjoyed a yoga on the lawn with peacocks wandering amongst us, good way to stretch out and we got hot, cold, then wet, then sunburnt all in one hour 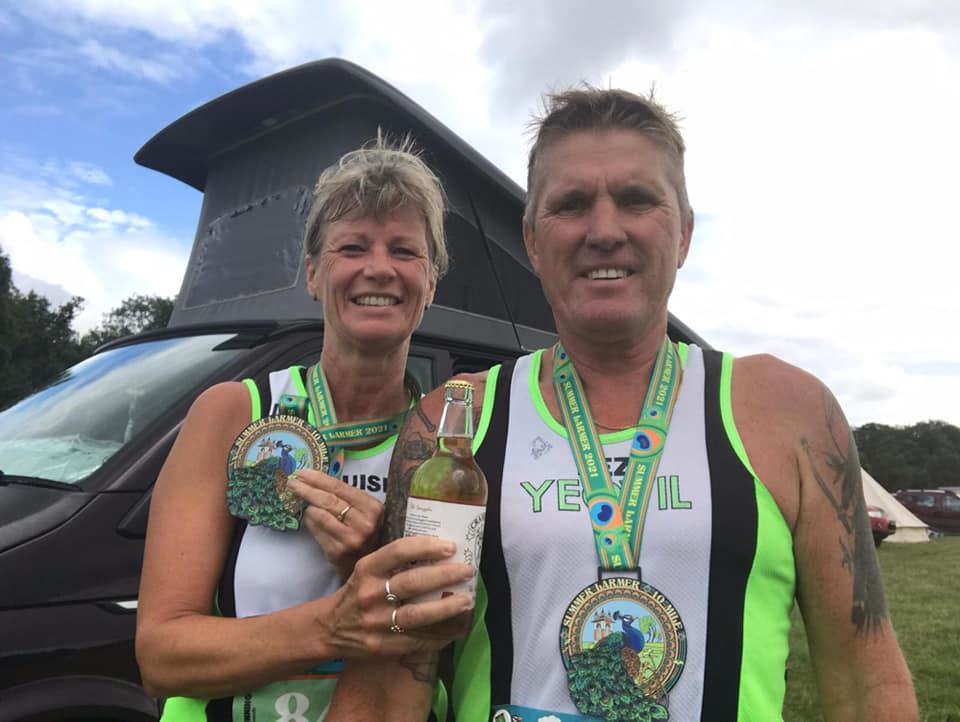 From Anita:  A tough one today at the WSR Summer Larmer marafun with Tara. Good to see others doing it and the 10 miler too. An undulating route and as ever a little over distance (although the bonus mileage is the norm with WSR) Didn't go exactly to plan, not feeling the love and then threw up at 17 miles, so it became a rather miserable affair afterwards. Tara was a saint and stayed with me (even though I told her in no uncertain terms several times to go) when she could have easily got in much earlier to celebrate Jim's 300th marathon. Tara # 219 & me # 72 nice bling though.

From Jo: Great day out running the Summer Larmer 10mile (although very nearly 11miles!) The hills were as brutal as we remembered but so worth it for a great medal, buff, chaffing cream & a bottle of cider. 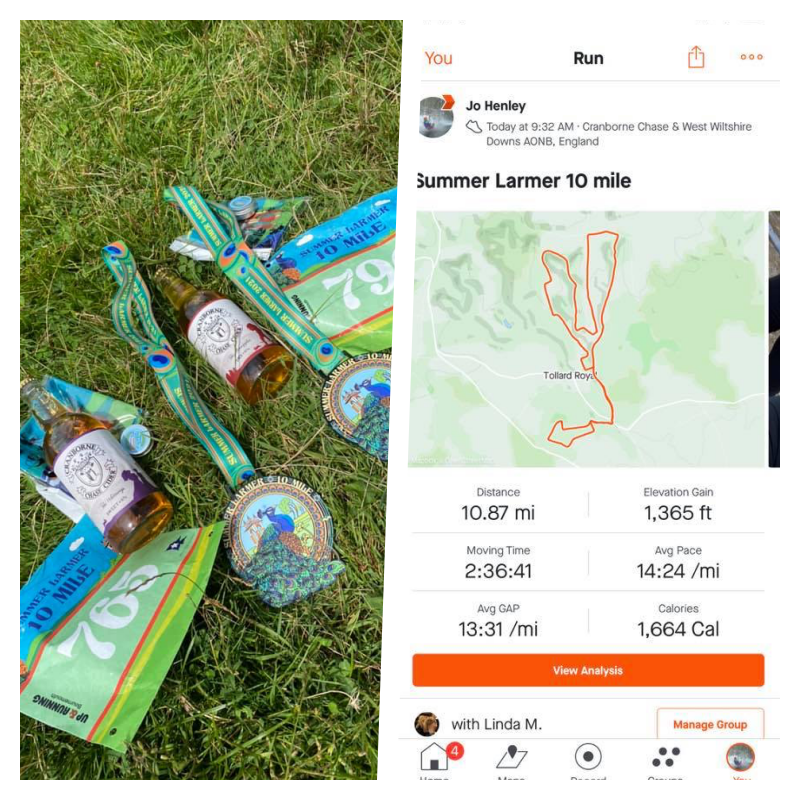 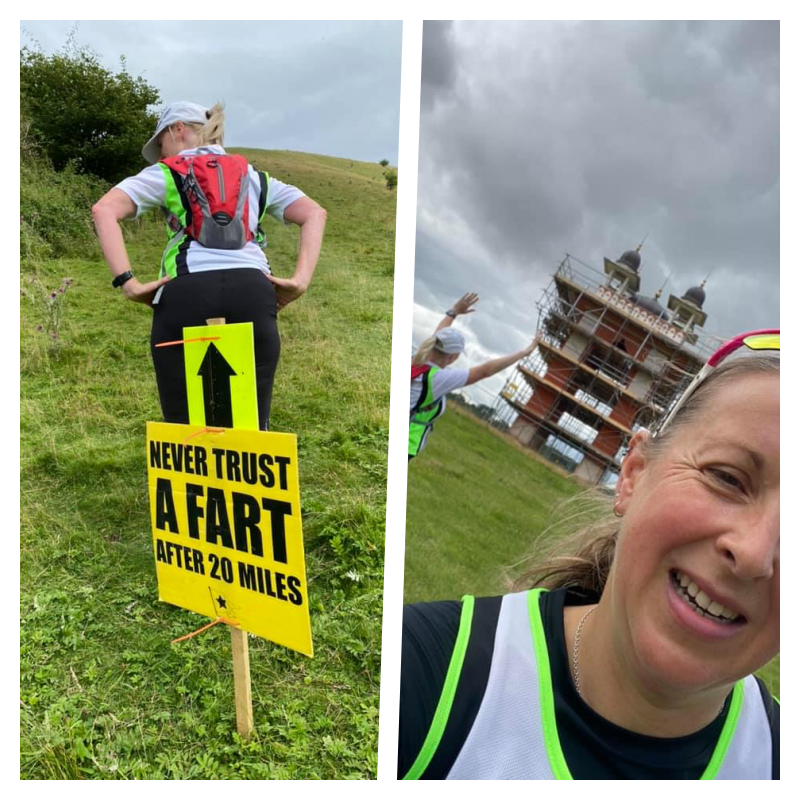 From Lesley: Helen & I ran a muggy Totnes 10k race this morning. It's a lovely route along the river with a couple hills thrown in. A very busy race which was well organised with lots of supportive marshalls. Prior to the 10k there were loads of kids taking part in the fun run. Good medal and banana forvall finishers.An added bonus was an extremely well stocked cake stall. 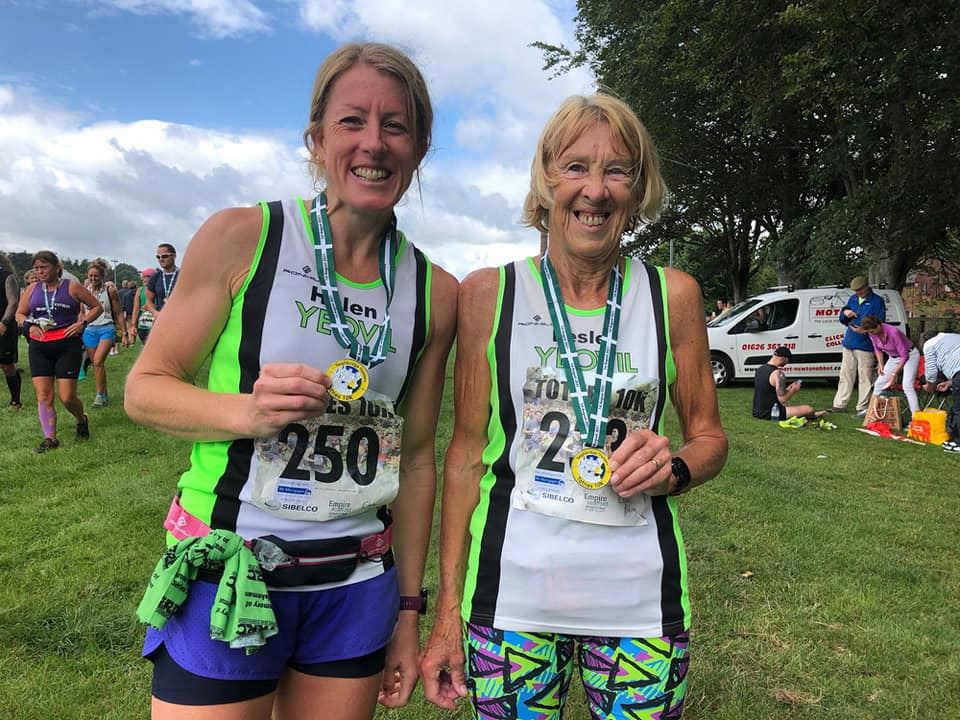 From Brian: Yesterday i finished my virtual Route66 challenge It took me about 7 months. Well done.

From Kev:  Bank Holiday 31st August ( or that weekend ) is our next virtual Club Challenge. Changed from " Not Baltonsborough 5 mile " as this event is now on . We could raise a few pounds for Royal Navy benevolent Trust , they have agreed our use of Artwork and appreciate our Club Challenge, its not a requirement to donate - so please all join in as per normal. 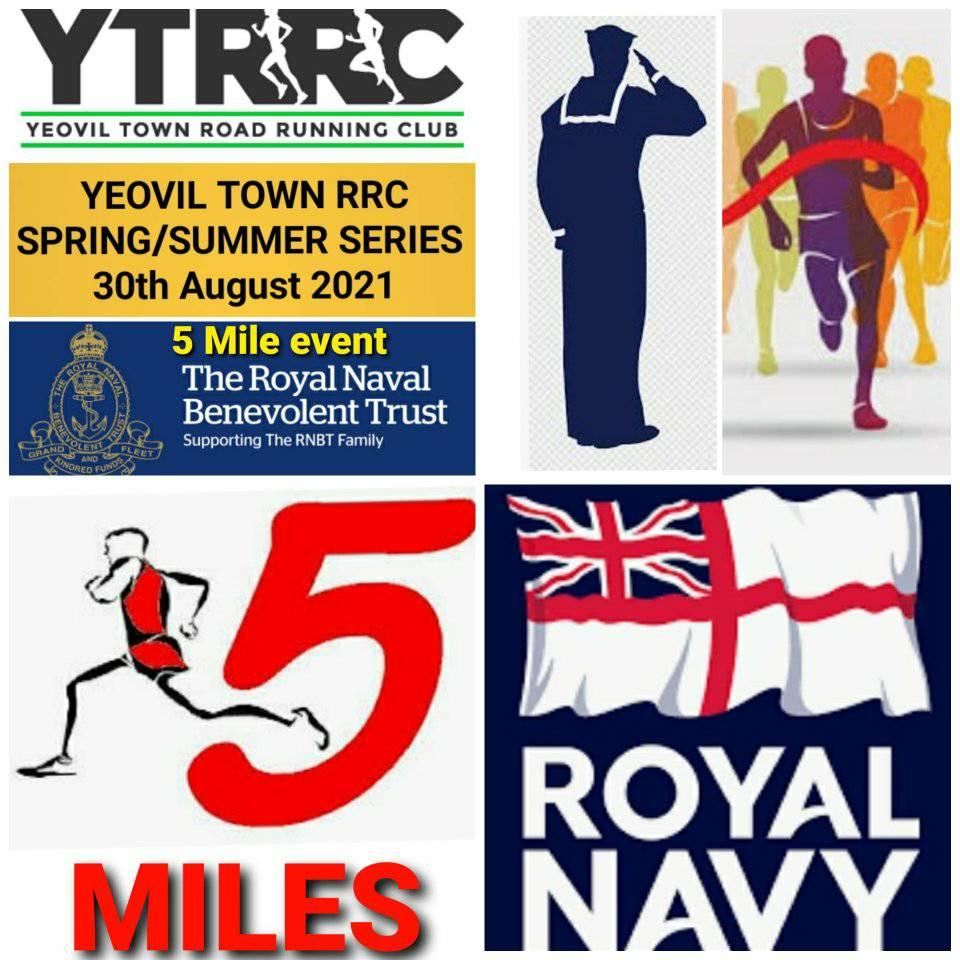 From Lesley:   2021 Slam Hats are being awarded, however, unfortunately, because the Club is not receiving any income we are having to charge £10 per person for these. Payment details will follow.

The distances are the same as for previous years, but as “real” races are only just re-commencing virtual races will also count towards the Hat. This includes Kevin’s organised virtual races.

All distances must be run as a continuous race in one day, this means going for a 2-hour sleep during the run will not be permitted!

From Kev:  Parkrunners on tour Torbay Velopark, great to catch up with Helen Nesbitt and Lesley Nesbitt. 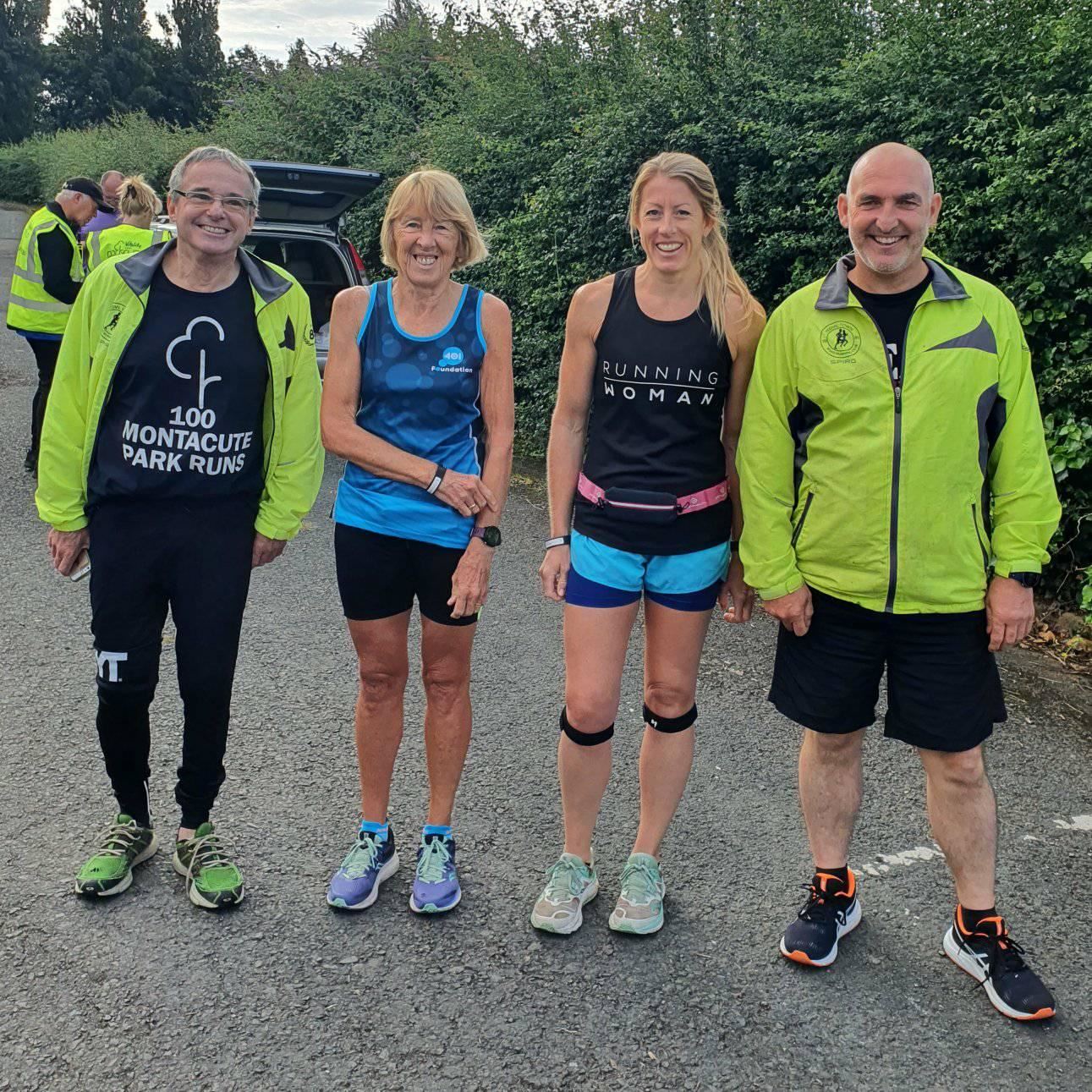 From Mark: The second post-lockdown pub run brought out 13 runners tonight. Nine of us (Steve, Lyndsay, Tim, June, Kirsty, JC, Anita, Rachael, and myself) made up the biggest group. The others were Phil, Guy, Dan, and Kev. We left the pub and ran past Cow Pool farm, and followed fields to Frankham farm near Ryme Intrinseca. Turning right we ran over Elsford bridge and crossed the A37. It was warm and humid, threatened rain, then was cooler. We paused near the reservoir, then continued going under the railway line and reached pincushion corner. Turning right we passed Darvole farm, and crossed fields to get to the A37. We cruised into Barwick then returned to the pub. It was just about 5 miles but felt further. Good pub and food again, it was good to be out with everyone. 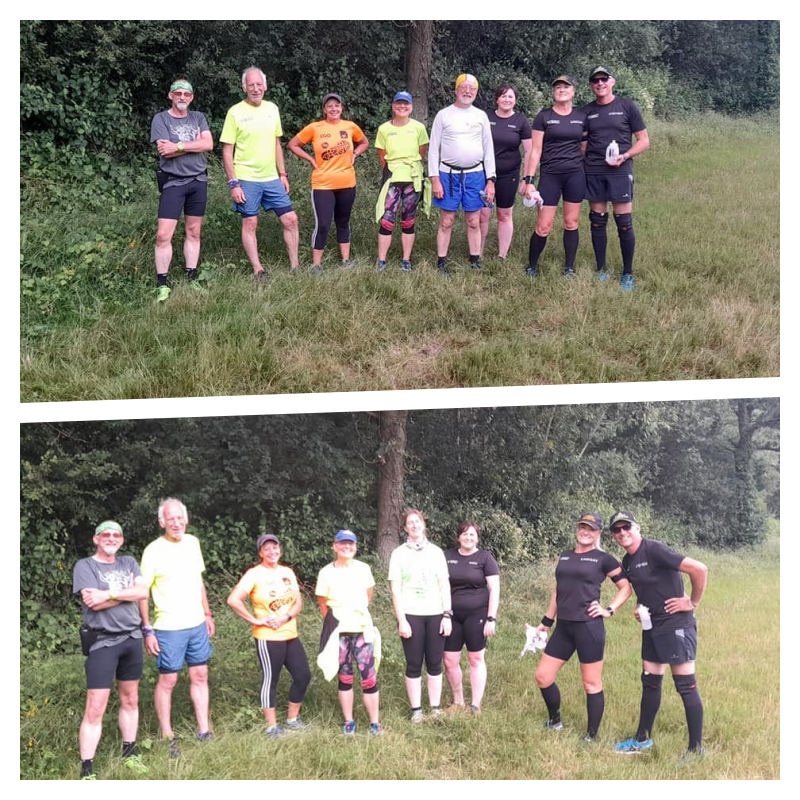