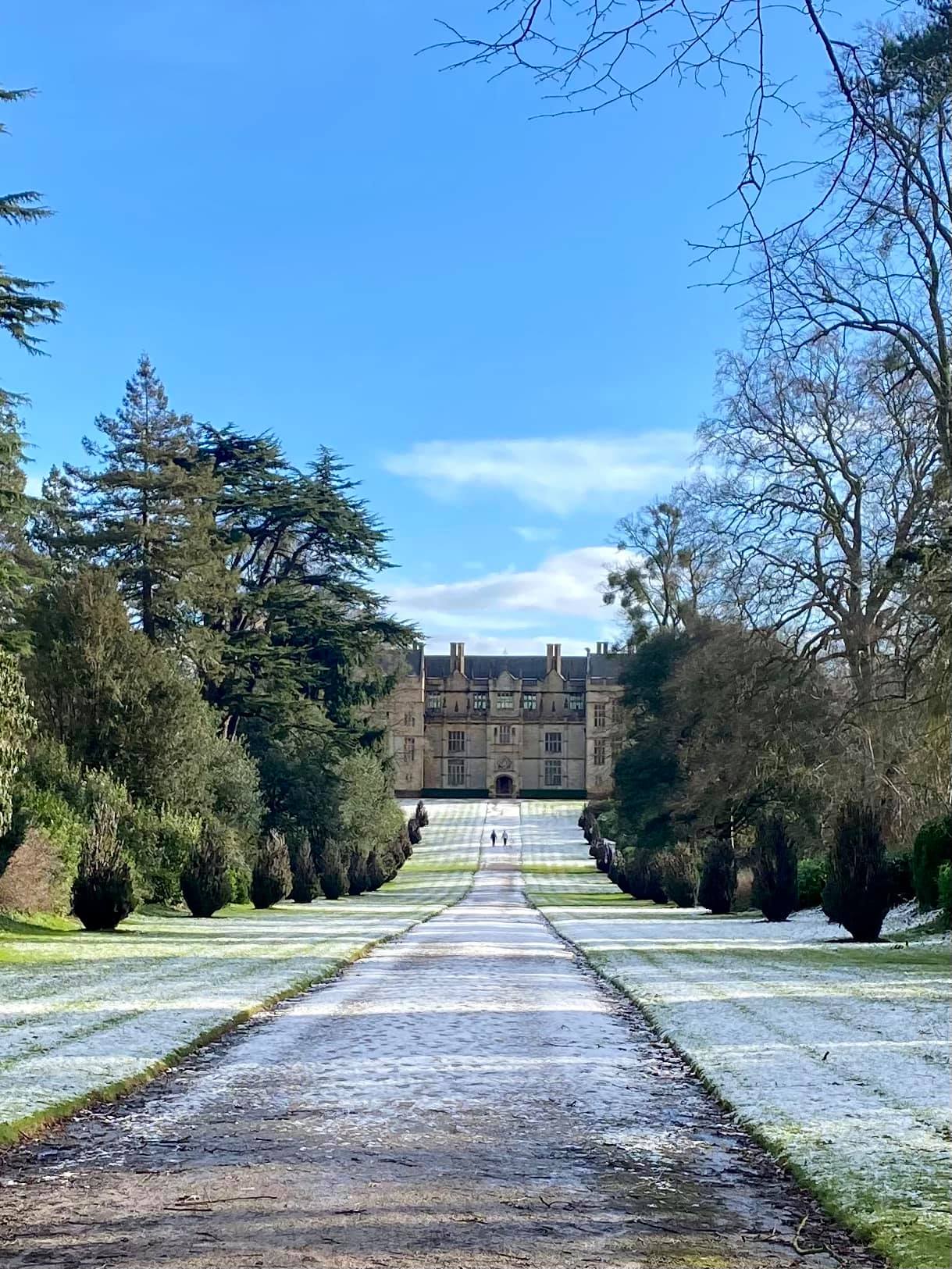 As I said last week I would set up a Just Giving Page to raise money for the British Heart Foundation, the link for this. I would like to thank all those that have donated all ready and we are now on £110.00.

There must be nearly half the Club now either doing the Lands End to Jocko Land or the South West Coastal Path.

From Linda: Well I blinking well done it! I am absolutely shattered and going to take it easy next week, but I really wanted to get to 100 this week. Thanks to Louise Ward and Joanna Henley for the company. I'm going to put my feet up for the rest of the day.

From Sue: Well I've made it to the 100mile point of the SWCP challenge, probably more walking than running, well done to all those taking part.

From Louise: Happy to get my first postcard this morning. Would have stayed longer in Clovelly if I had known it was the mile mark . Strava  continues to give me wiggly lines, extra distance and better pace when I go out that way but I'm not complaining

From Lesley: Looks like I've just passed the 100 mile mark on SWCP, so should get my first postcard (ooh it's just arrived as I type!). I must be nearly due for another postcard from my Virtual USA Challenge too, so getting quite a collection now. I'm easily pleased in these days of lockdown

Also Tim, Richard and I have also had the 100 miles postcard, hopefully I will get the 200 tomorrow. 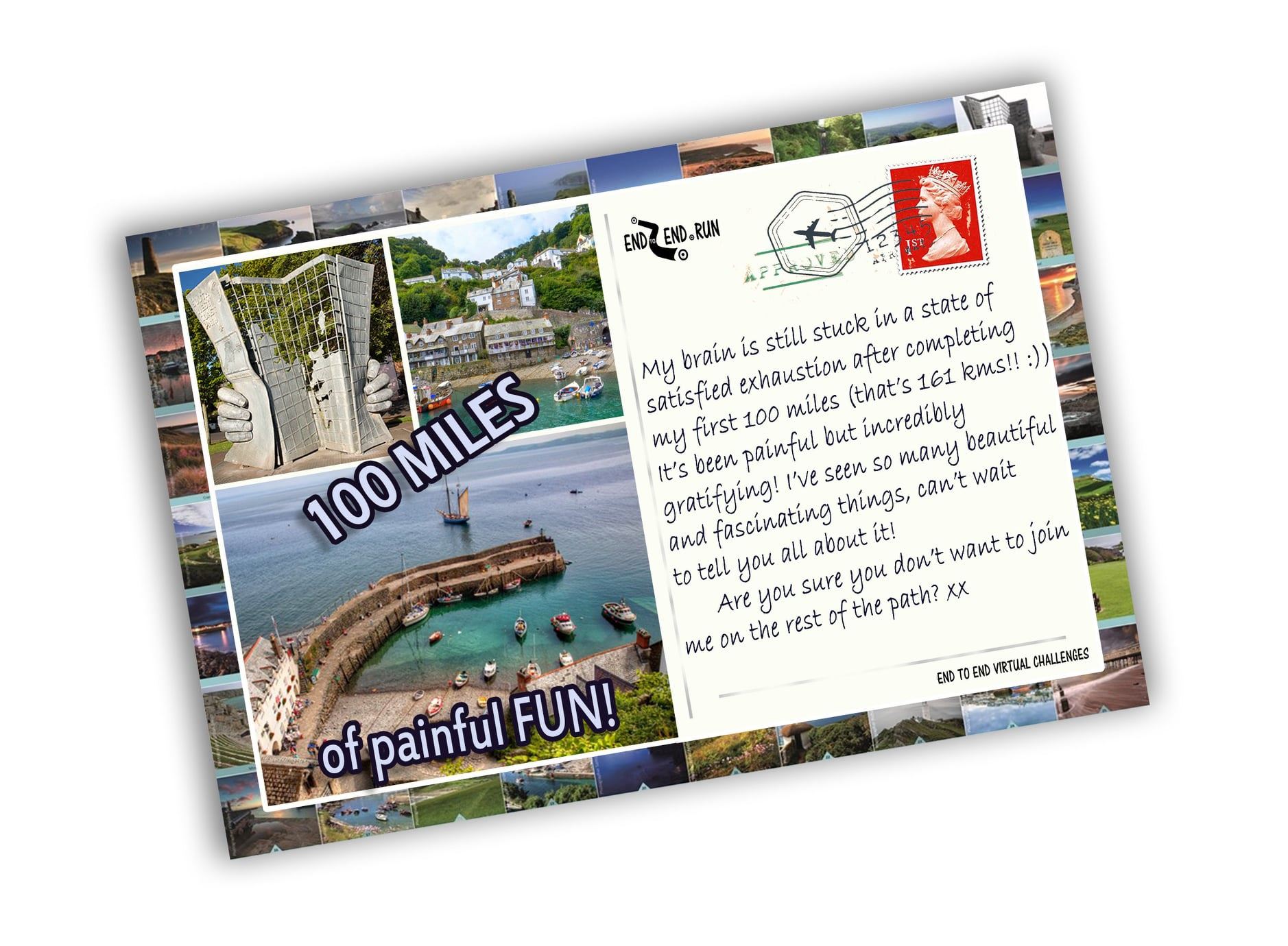 From Matt: Welcome to this week's South West Coast Path progress report. Hopefully the delay means you've all logged your miles, although  honestly, I had forgotten yesterday was a Saturday, suffering as I am from Lockdown Lost-it! I'm horrified to have to start with Angela Claire winning the battle with Tristram Clark for last place - although surely standing still is cheating! So Angela Claire is still on 15 miles and on Exmoor Cliffs, while Tristram Clark has almost doubled his mileage and is now at Contisbury on 18.65. Kat Hurford is on her way out of Combe Martin at 34.6 miles, and is probably enjoying an ice-cream from the seafront! Lauren Jessica is coming down the hill into Ilfracombe on 38.5 having done some big mileage this week.

Now last week we got to 15 miles in the description and were on heathland above Rockham Bay. The SWCP wanders out to Morte Point which has very sharp and pointy rocks, so was notorious for smugglers luring ships in to wreck them for the cargo, nowadays apparently its a good place to see Atlantic Grey Seals! Which is nice! After that we turn back to the shallows of Woolaombe Beach and its wonderful stretch of flat sand and dunes, where we find Natasha Turner breaking off from running and having a quick bit of surfing! Natasha is currently on 48.59 and can probably see Nichola Chesterton at the far end of the beach on 49.28. She's about to wind her way up the path where Matt Driver is puffing away having gotten his half-century at 50.3 miles. Shaun Powell will be looking over his shoulder, not just at the competition so close behind, but at the wonderful view back as the route leaves Woolacombe behind. Still doubling as the Tarka Trail, the SWCP heads out onto the deep water cliffs again, this time to reach Baggy Pointwhich is where us humans use to live back in the Mesolithic some 10 to 12 thousand years ago ( Phil MacQuaid remembers it well!). The US soldiers also used the cliffs to practise for the Normandy cliffs assaults!

Using the strip of heathland between the cliff drop on the right and the agricultural fields on the left, the path continues on to the sandy beach of Croyde Bay with its holiday and camping parks, surf shacks and surf dudes. Hopefully the tide is out so we can cut across the beach without getting wet before we rise again to Chesil Cliff. Saunton Down gives us a soft surface to run on as the path drops again down to Saunton Sands where Sara Driver will be sat eating a bag of chips and enjoying the sea air! Here the End-to-End organisers have us doing a funny loop, but the path then continues inland to take in the wonders of Braunton Burrows, including the largest dune system in England, 400 vascular plant species, and another US Normandy training base. Claire Shucksmith will be running faster than usual as on 56.42, she approaches the current MOD range and Danger  Area! Mel Cox has sprinted through that section un-harmed and found herself with the River Taw and Torridge to cross, meaning a detour inland across marshland (soggy feet all round) to the town of Braunton at 62.8. Here we can pick up the local cycle-path where both Donna Reeves 63.01 and Nick Cox 64.42 skirt Chivenor Airfield, which is currently home to Royal Marines! They will be pressing on up the Taw River into Barnstaple. At 68.02, Anita Garrett has used Long Bridge to cross the Taw and to finally leave the Tarka Trail (which follows the river inland). Avoiding the big road junction, the SWCP hops onto the Sticklepath and, you've guessed it, rejoins the Tarka Trail to skirt the mud and sand lowlands to arrive at Fremlington Pil (a river tributary), Fremlington Quay (a mooring point), and Fremlington Rock (a rock). Intrigued, Kate Gowers is checking it all out on 70.48 miles.

Now Kate was the middle person last week and would have been again, except with a new combatant joining the event, we have to continue to catch up the next placed person. Crossing the lowlands and marshes, bird-watching as we go, and crossing more minor tributaries, we pass the village of Yelland and its sewage works (ew!) and come to Instow. This is a picturesque village with the sun glinting off the waterfront, balancing the colours of catamaran sails and seagulls perfectly. Gone in a moment, we move on to Tapely Park with its grand mansion house, Italian style gardens and Rachael Gosney flitting past on 76.25 miles. After that we pick up on our front half leaders:

And then those centurians who have already received their first postcard...

I would like to add that my family went to Braunton Burrows when I was a kid...it was a boiling hot day and there was a film crew filming a desert scene! I hope this route is reminding you all of relatively local sea-scapes, and hopefully we'll get to visit them again soon! Have fun and enjoy the wintery weather!

From Nicki: Joanna Henley has left the A30 and taken a left at Tedbury St Mary Dominique Muir is on the A30 near Treguddick Manor Nicki Hale may see some bearded men carrying fishing rods as she is near gnome world camping park

Some of the photographs taken today 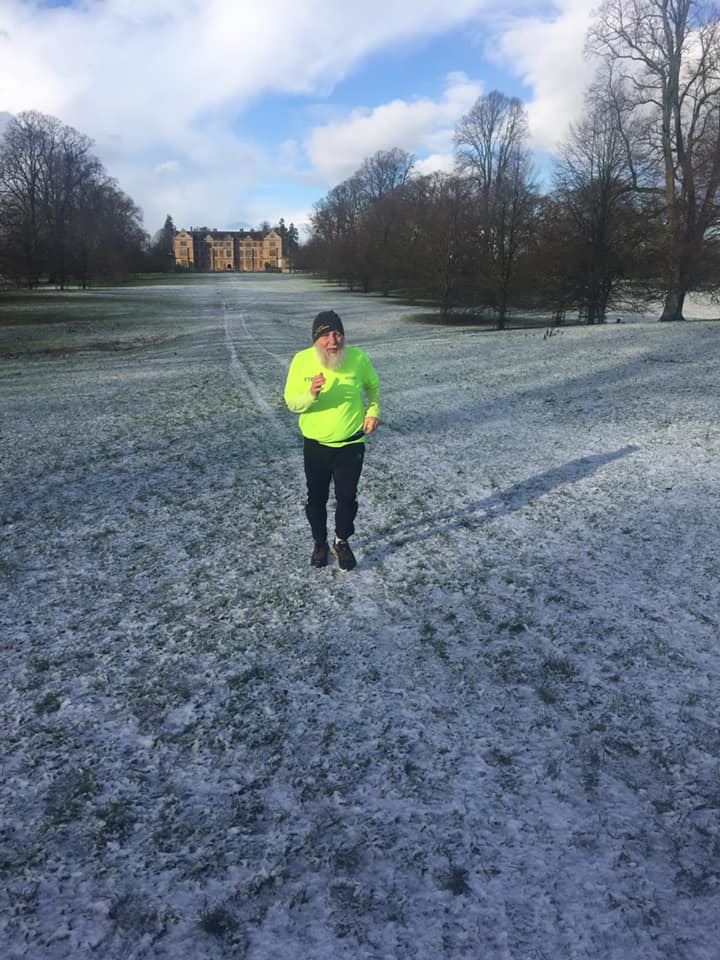 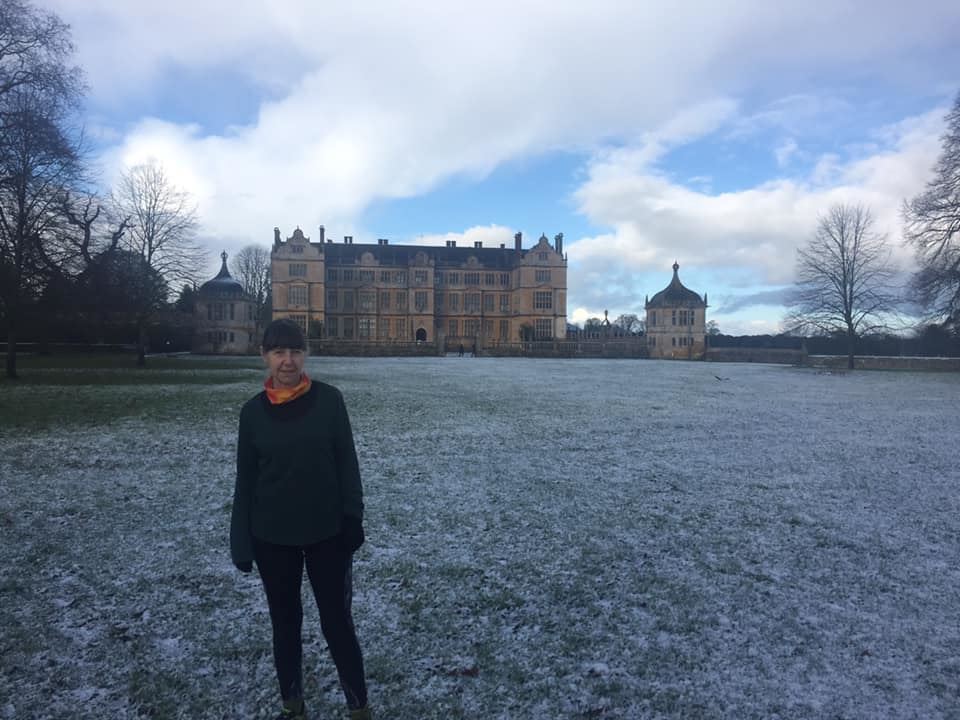 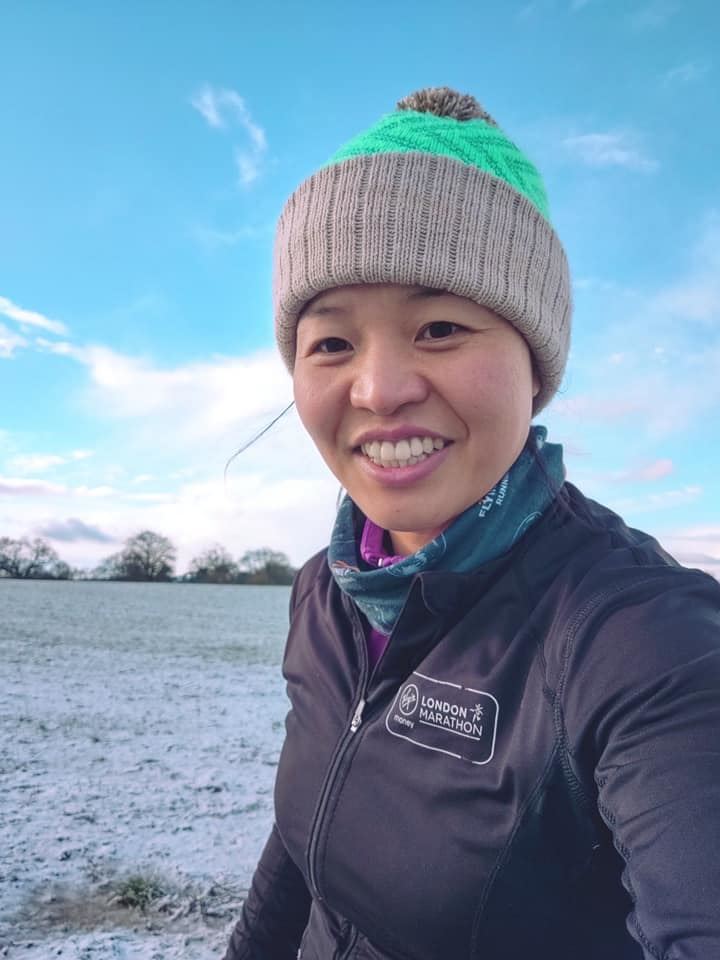 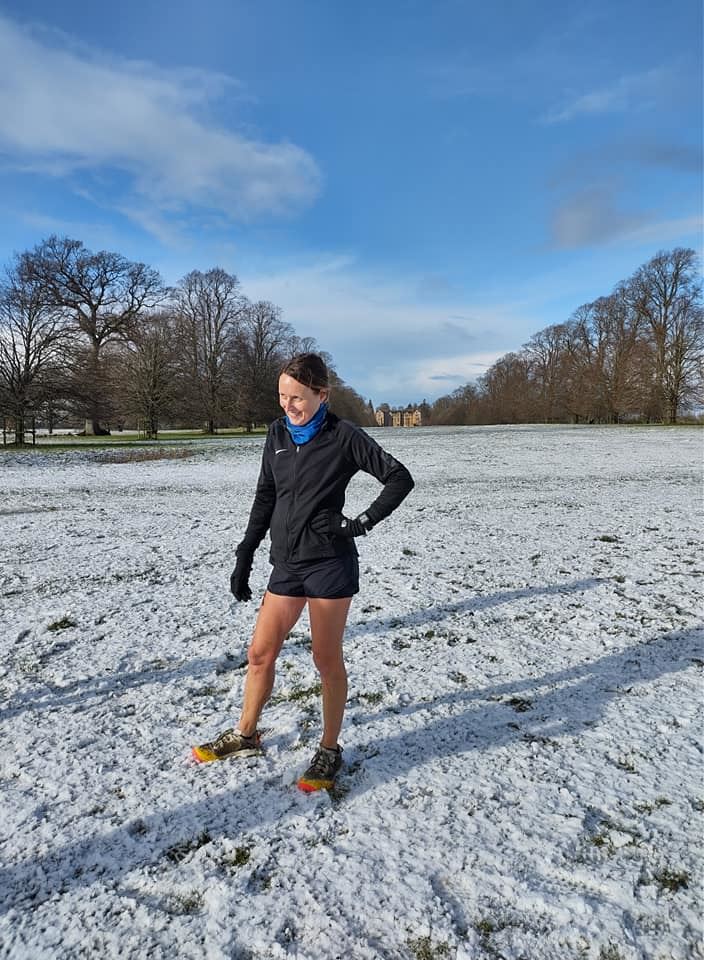 From Diane: It’s a stunning morning but icily scary. I’m a complete wuss whe it comes to slippery conditions. Self employed and all that....... So I made it interesting as inspired by Taryn’s snowman before Christmas. So it was a super duper fun and SAFE run. Yahoo, happy me. Have a lovely Sunday everyone and keep safe x 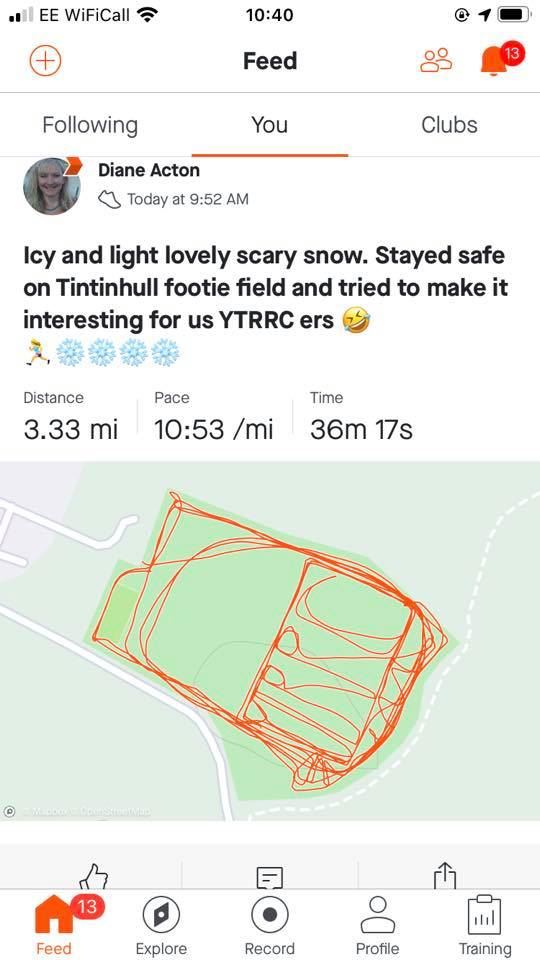 From Kev: 14th March is our planned Einstein Birthday Marathon...I'm thinking this event could exclude many of our Club runners and I'm rather more for being inclusive of all our Club abilities and time commitments , so I've added 2 options ...

I will create 3 different Momento's for your chosen option ... has this got some additional interest?

From Tristram:  So it's Thursday so normally hills day for the club. I followed Nathan Gardiner training guide posted earlier in the week ,but did less reps. I got my HR strap ready for more accurate heart rate values. I also set my Garmin hotkeys button to activate the timer .So nice and easy to use the timer while recording the run. Wow I am out of practice on hills, 40 seconds of Marsh lane and I am struggling 4 weeks of eating stollen cake has taken its toll !! Was cool and back again next week . 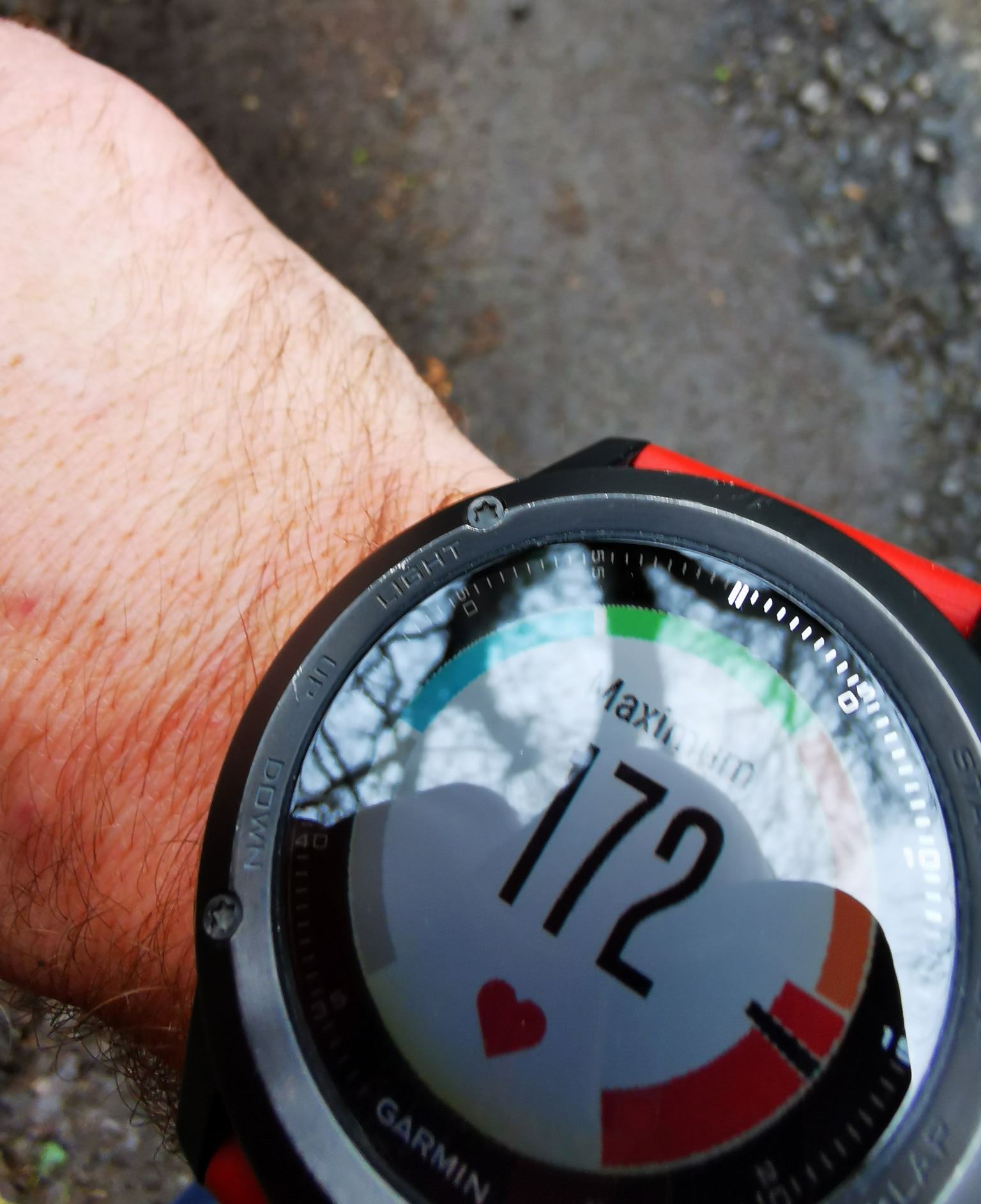 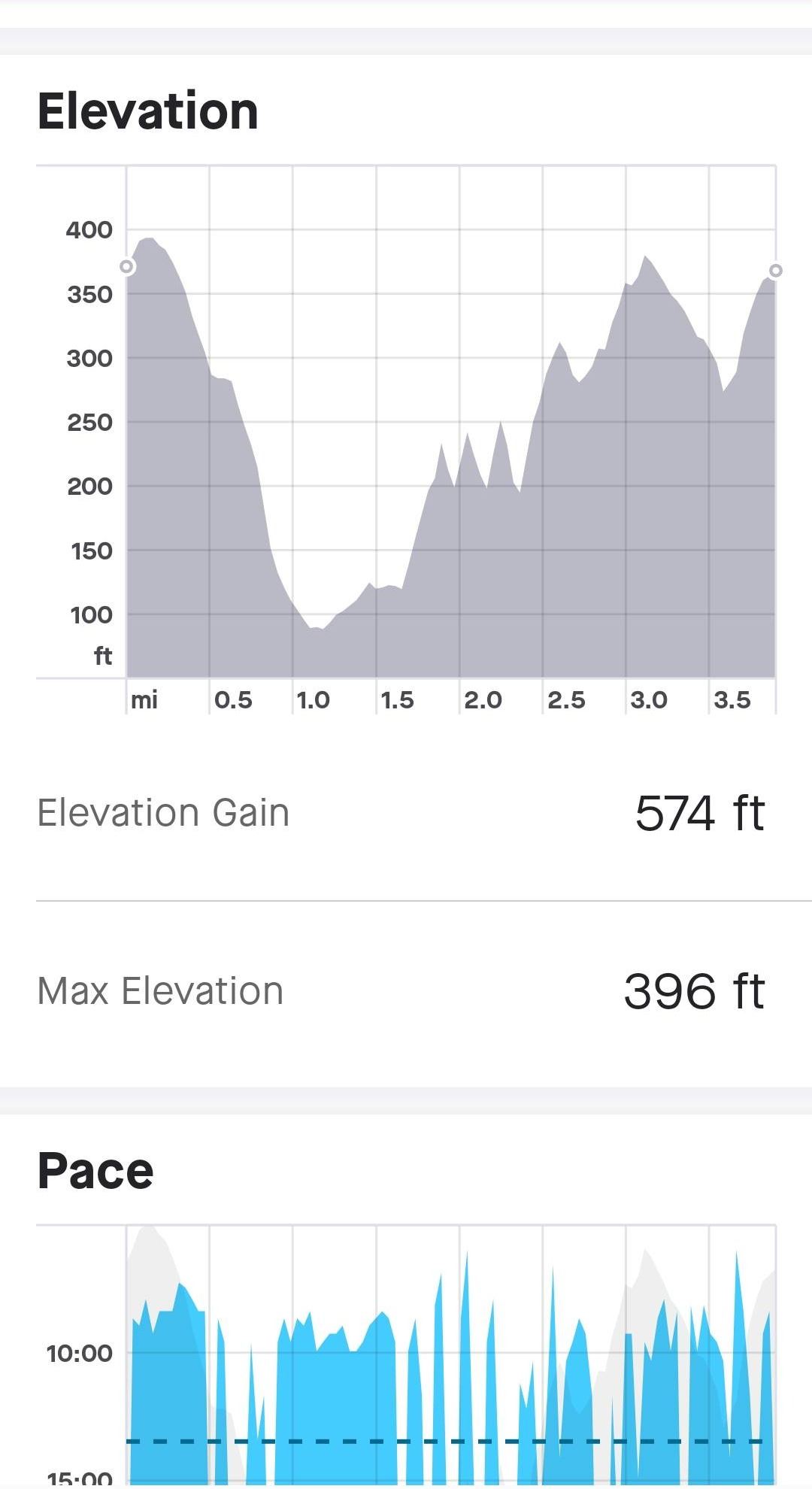