From Claire: Slight 'déjà vu' to last weekend, stormy wet windy Saturday, glorious Sunday, oh and another 10K! This time Sidmouth for their inaugural 10K. Beautiful morning for a run from Sidford village hall through the Byes along the river Sid to the seafront, a lovely(!) hilly loop towards the coast path and then out to the seafront and along the Esplanade, slightly tricky due the pebbles that had been washed up on to the path and quite a strong headwind! A lovely race, friendly marshals and lots of support along the route. As always great to be wearing the Yeovil colours 🏃🏻‍♀️🥇☀️ 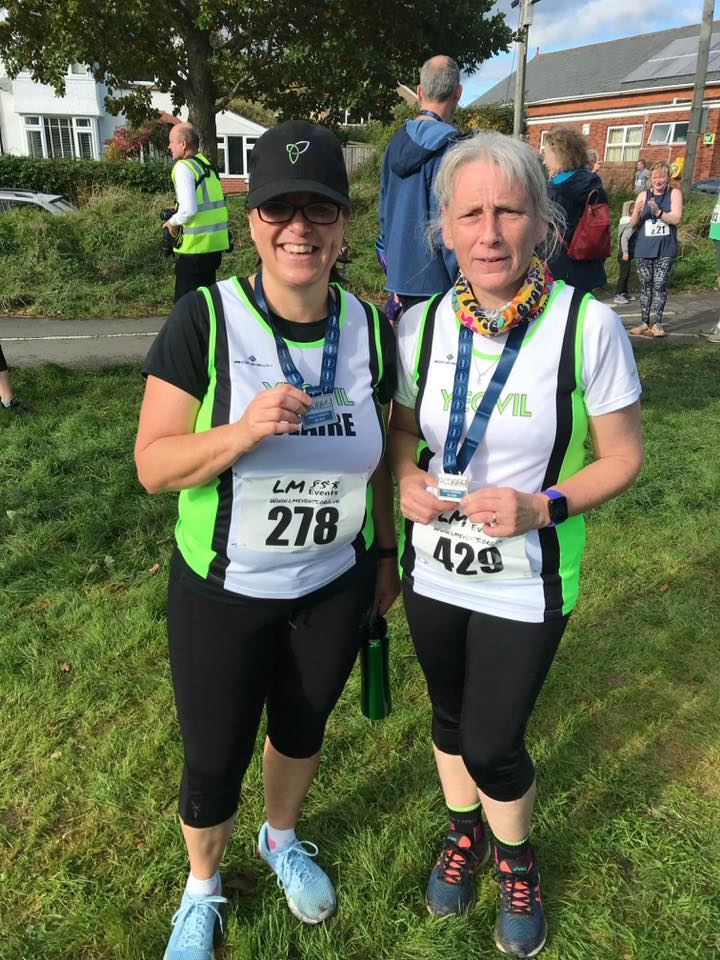 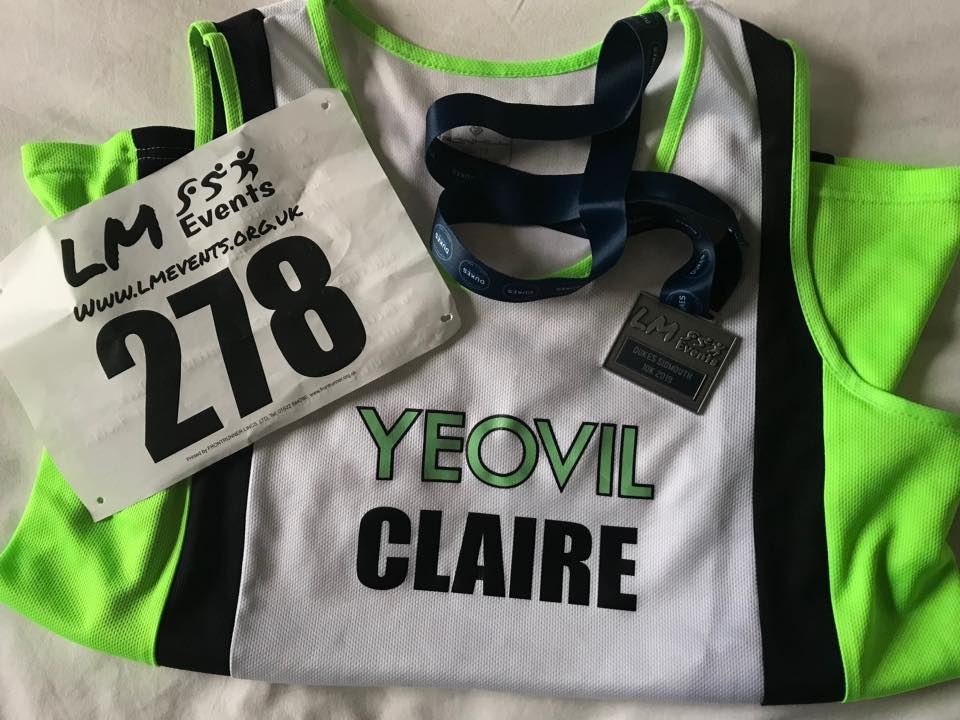 From Tim: With great conditions for a race and raising money for a good cause, Headway, who provide support, advice and comfort to people with acquired brain injuries, their families and carers. Their main aim is to improve their quality of life and to reawaken the belief in people with a brain injury that they are able to live an enjoyable and useful existence. We started from the boy's school and run a 2 loop circuit around Sherborne mainly on roads with a short section of muddy paths at the Terraces. I came in 3rd place and 1st for Yeovil with Sharon Hardy coming 2nd for Yeovil.

We had a few boys and girls in this Cross-country race at Lytchett. 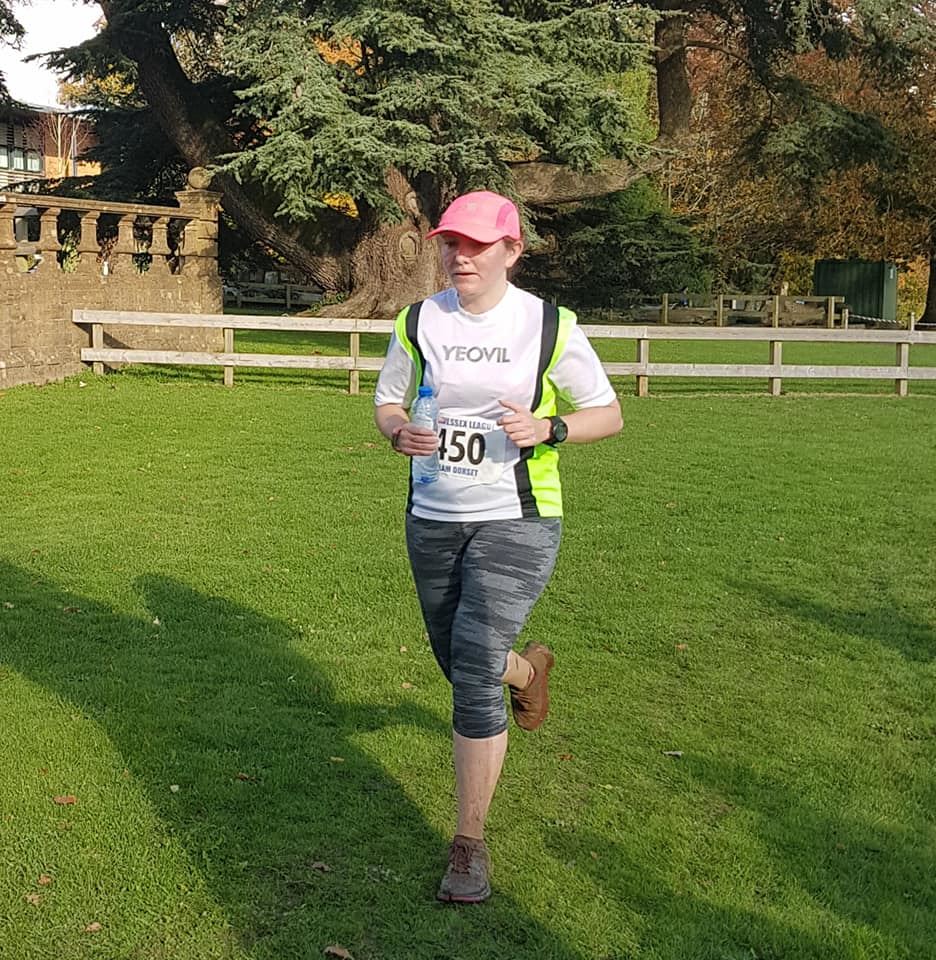 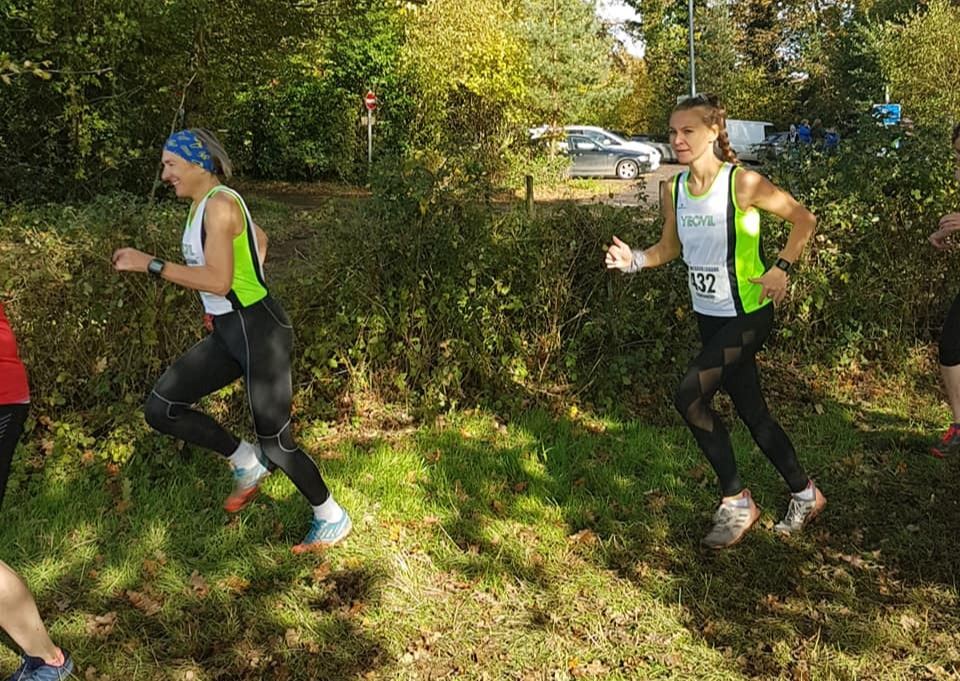 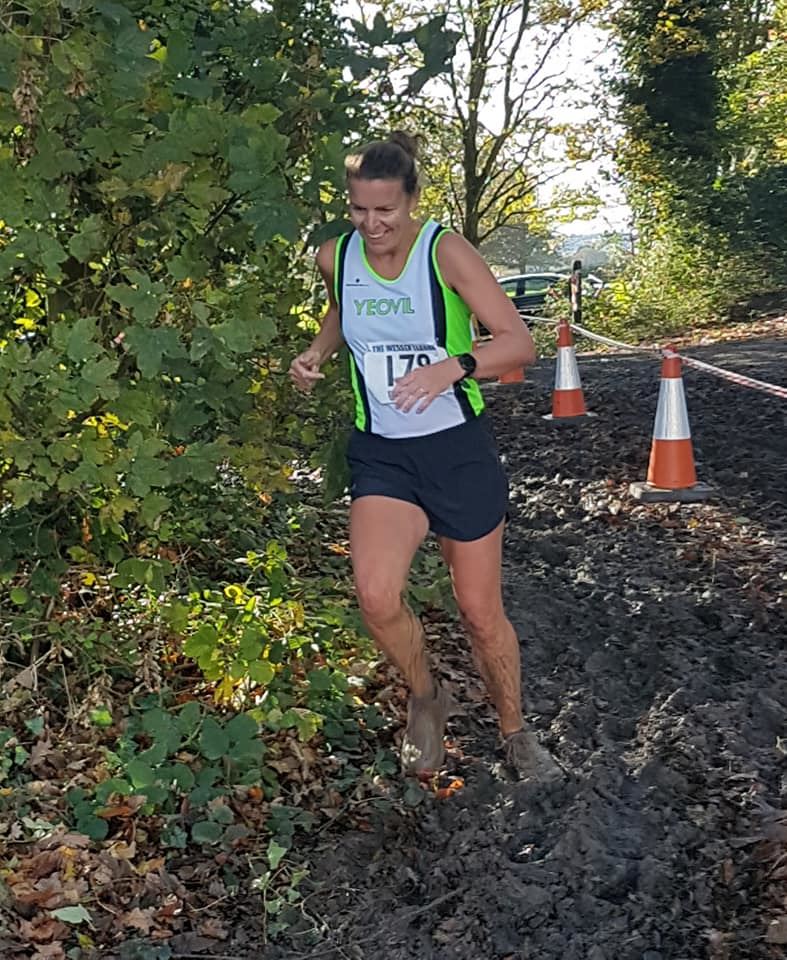 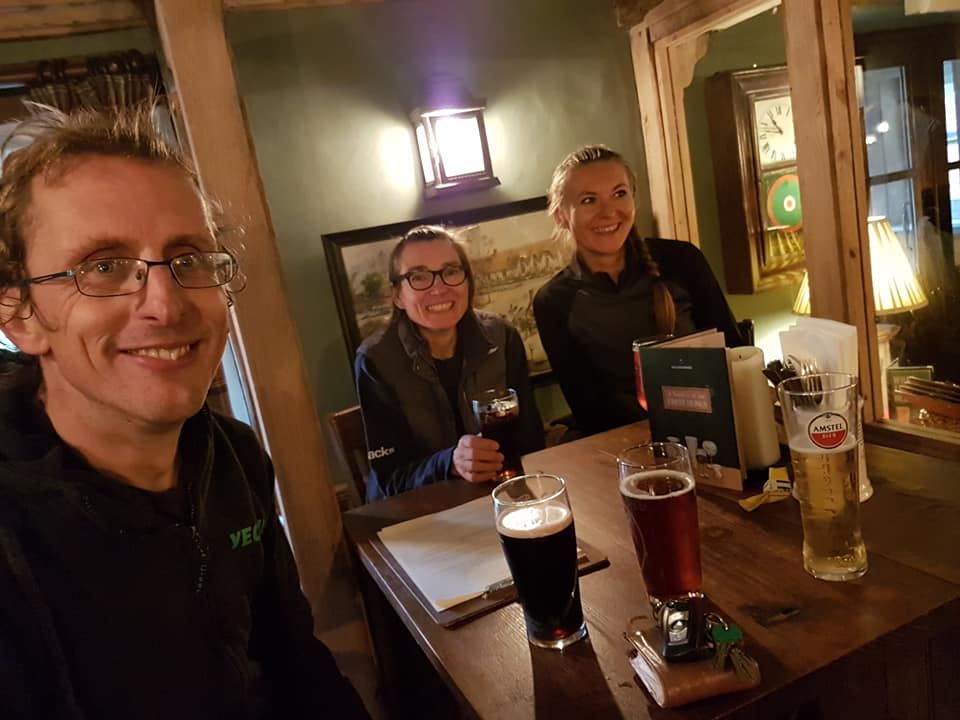 From Adam: Six of us took part in our second Barbados Hash today (#2010). Great people, great atmosphere, great fun, with Hash ceremonies after. Run route - Lesley, Rob and myself - 7.5 miles on hilly terrain but not with last week’s heat or horrible hill! Walk route - Tony, Corinne - 9k and Ali - 6.8k However Ali took a short cut and was sentenced in the Hash kangaroo court.

From Ali: In my defence for my hash run. I was talking and running along with a chap called Andre who said he knew everywhere on the island. 7 of us became separated from the main group due to lack of hash markings. Andre led us down a gully which came out near the finish. Turns out he was the judge. And my punishment was to kneel before the judge and drink rum 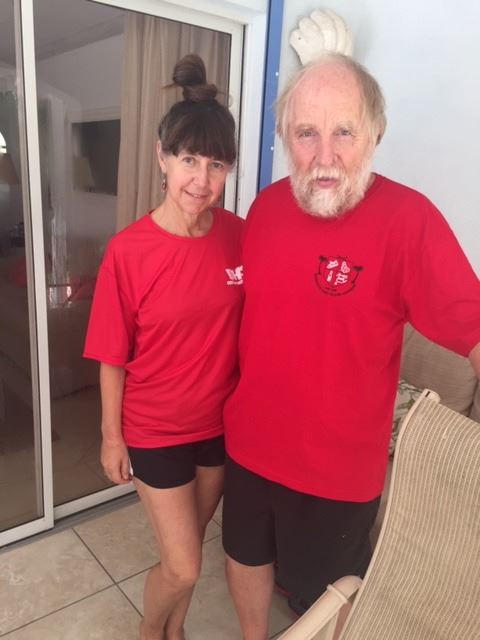 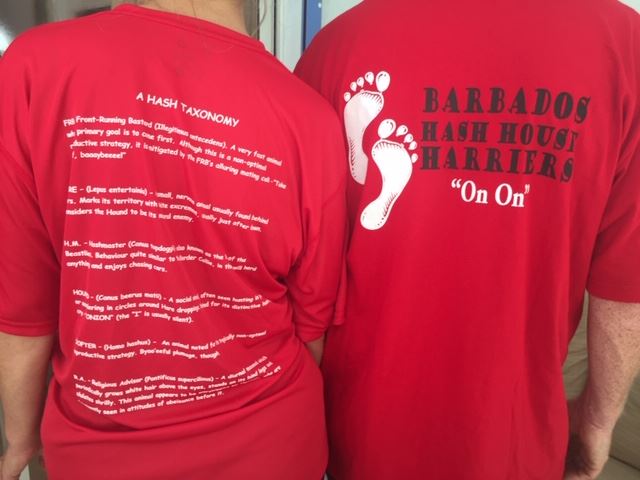 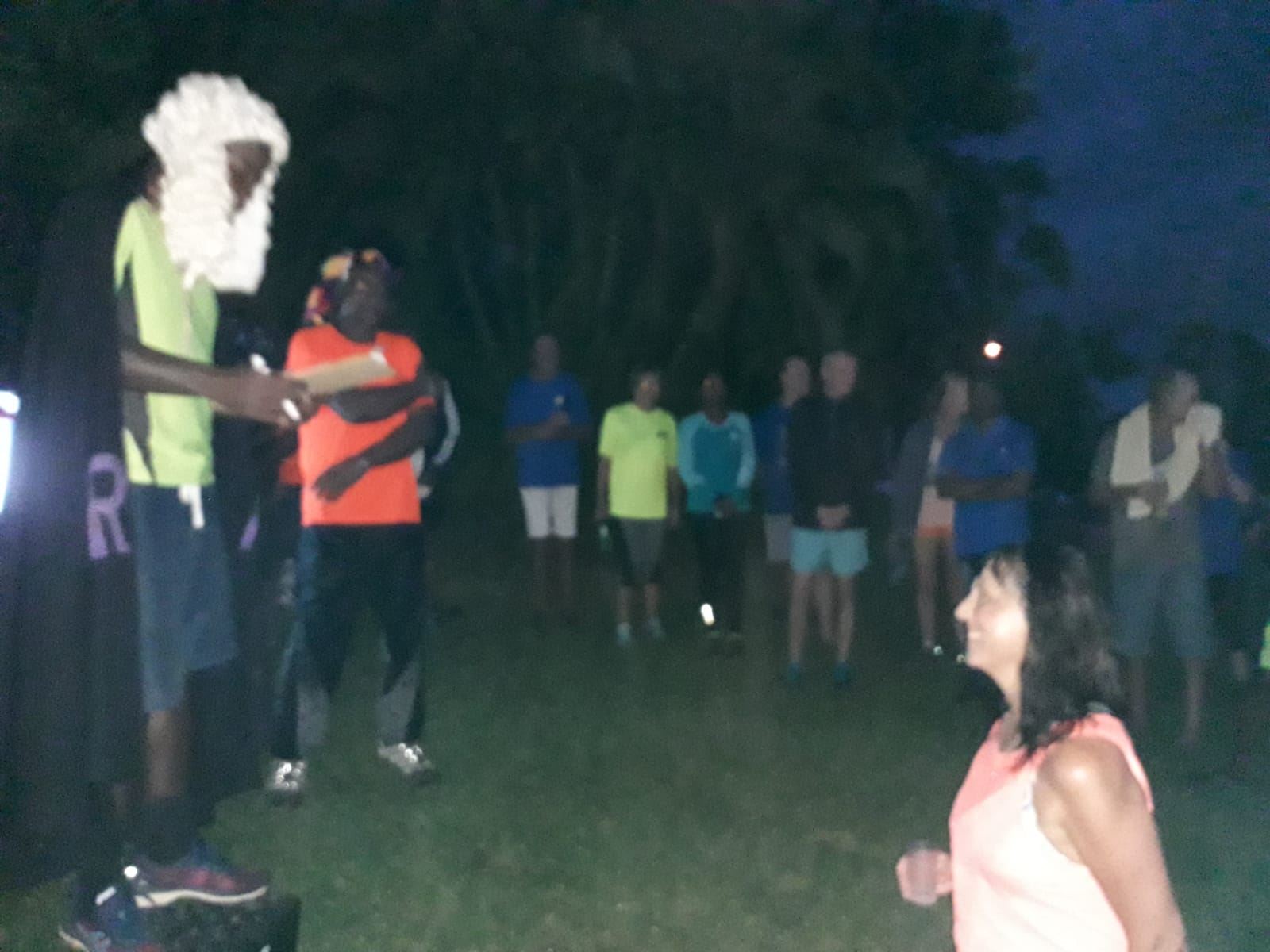 Any help any time between 2.00pm and 5.00pm gratefully received.

One that I had booked, but there is always next year, we had three runners at this race down near Bodmin, Kev, Mark and James. It is a great marathon and some great views with the odd hill.

From Kev: Cornish Marathon done (number 37). Monsoon conditions and a changed course due to floods which hit all the hills. Mark Pike nursed me round in 3:30 (cramp again) and James Hutt broke the 4hr mark - way quicker than he was aiming for..A great run with a free hoody and cornish pasty - all for less than £30!

There have been a few runners from YTRRC that make the treck up to this Race with a half and full, we had Jo and Linda in the half and unless I am mistaken Triss in the Full with Steve watching from the pub. 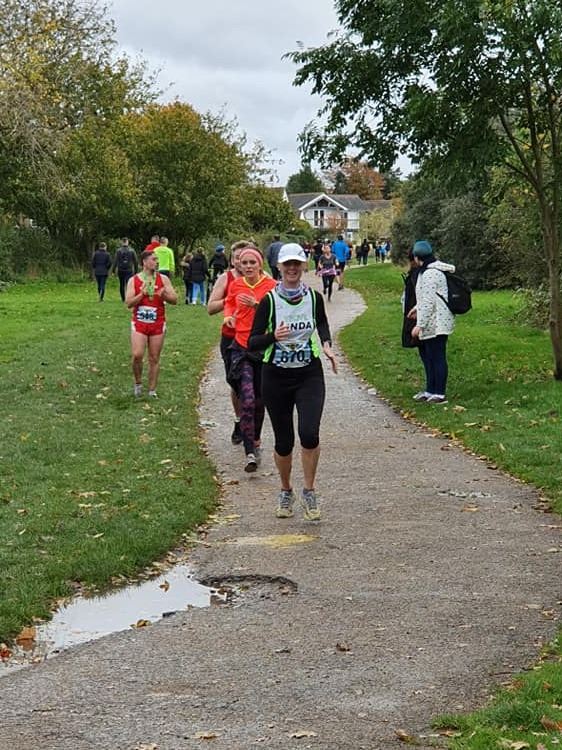 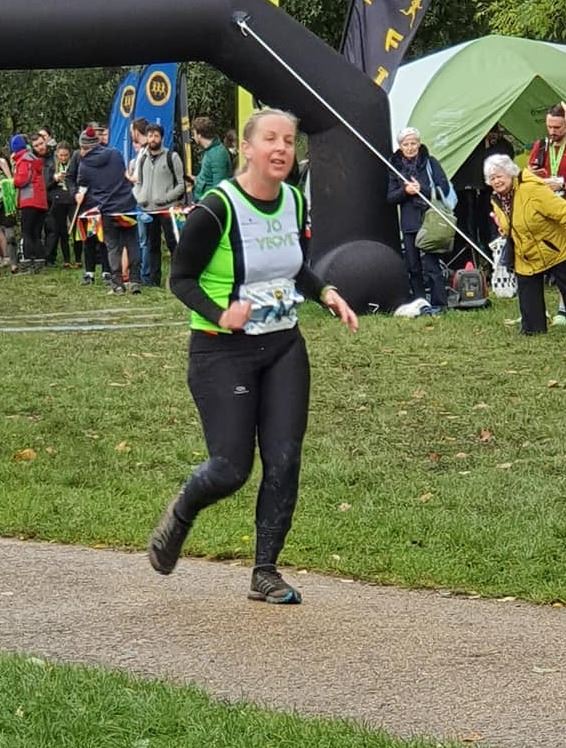 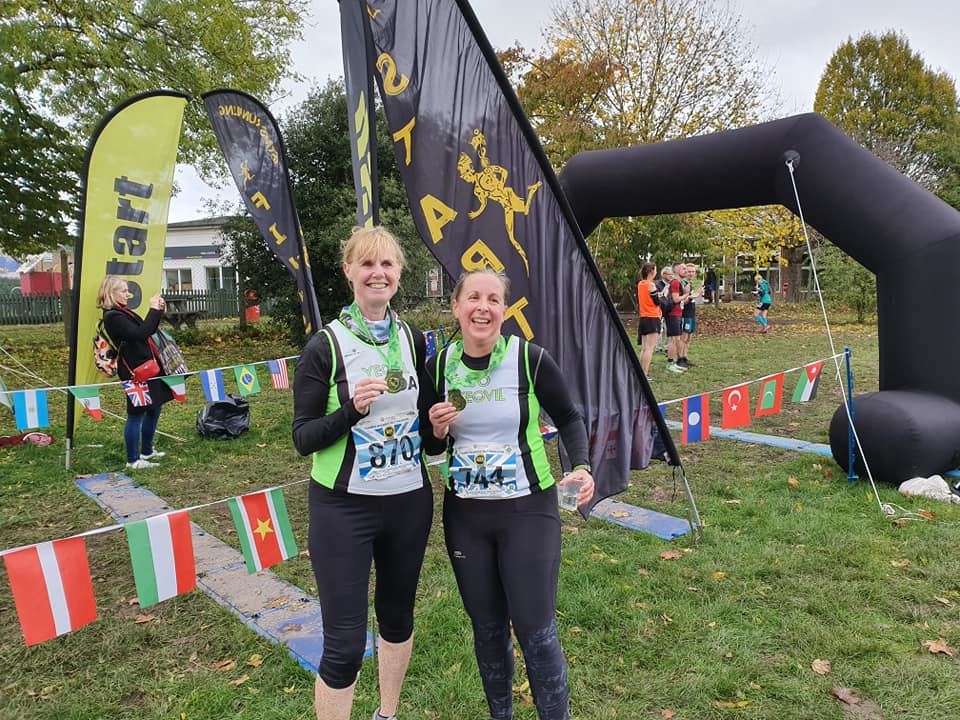 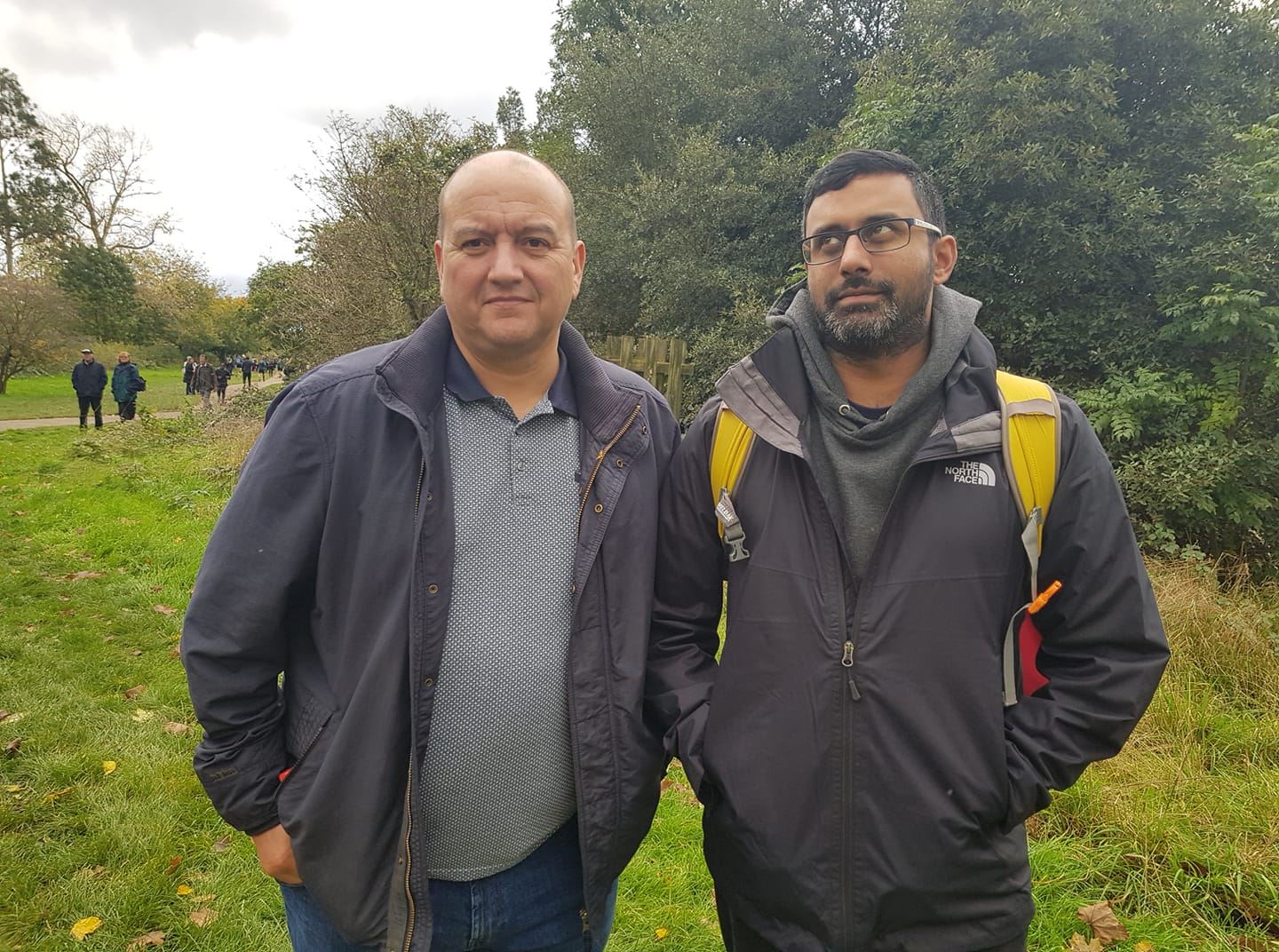 Normanby Park Run: Get in!!! First Yeovil over the line 💪🏻🏃‍♀️ And cake at the end for their 2nd birthday 🥂 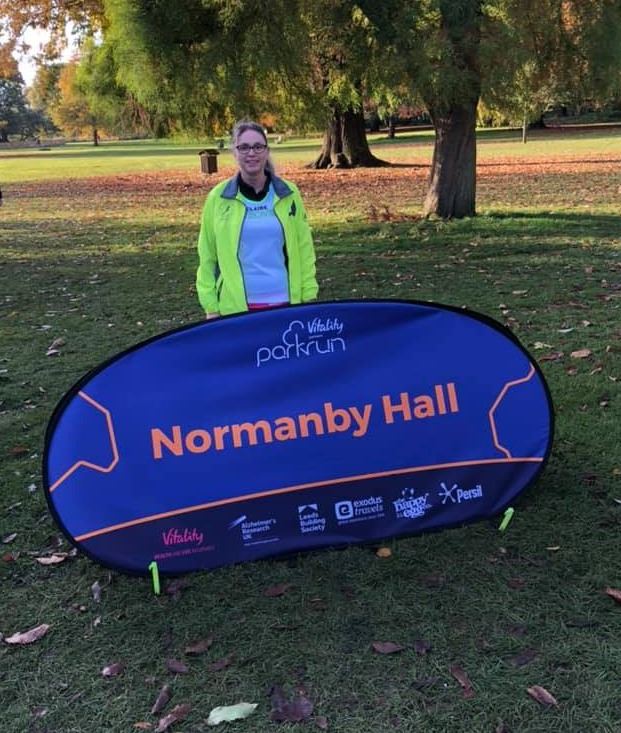 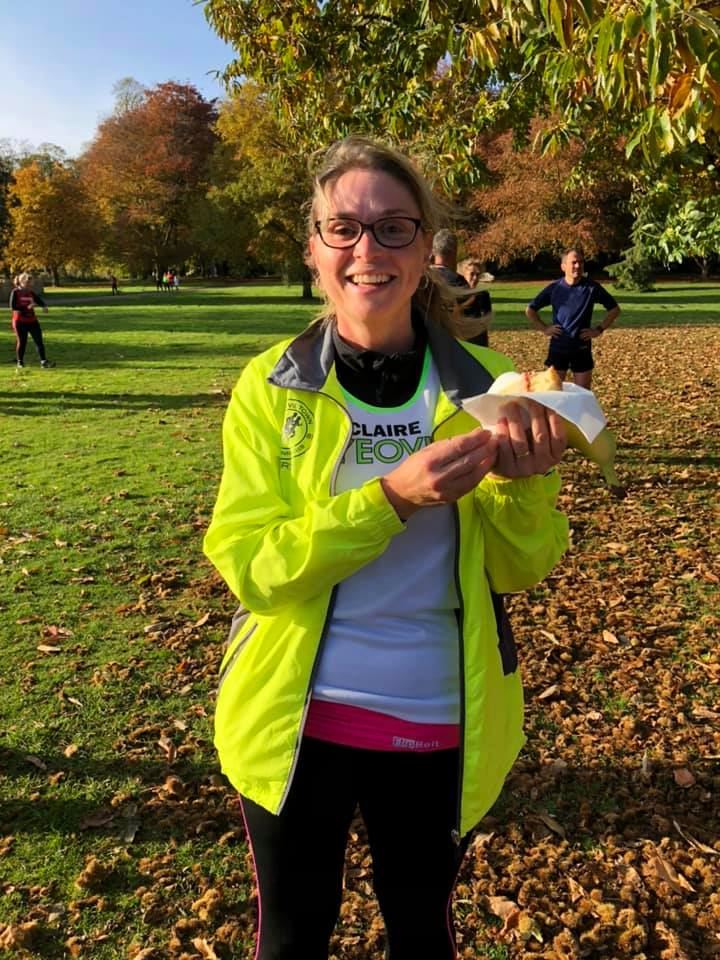 I never thought I’d be witness to the day that Mark would be the one to persuade me to travel 2 hours to Reading to run a Halloween fancy dress trail 5k... AND HE WAS THE EXCITED ONE! 😂👻🎃

Good times though. I’m very tired and a bit snappy today mind you! 4 hours sleep is not enough for back to back shifts! 💤 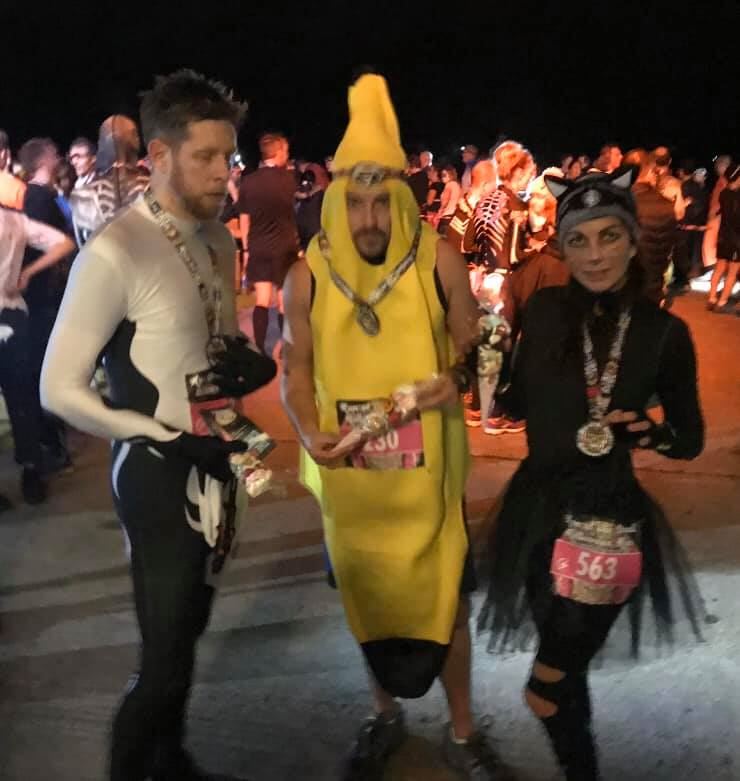 Hi All. It is the yearly Santa Dash at Goldenstones on Sunday 8th December. Set up will be from 8 am with the 4k race commencing at 11 am. This is to help St Margarets Hospice raise money for more nurses to care in the community and to continue with the day services that the Yeovil Hospice currently provide. Unfortunately due to personal views in relation to the Hospice and what is happening with the Inpatient side closing in Yeovil, Michael Shead and his family will be unable to provide Marshalls and do the refreshments this year. Any further questions regarding the Hospice will be dealt with at our next committee meeting as we had a meeting with the Fundraising team at the Hospice before we went away. I am therefore asking whether Mel Dodge and Denise Byrd would be able to run the refreshments like they do for us at the Yeovilton 5k and whether there are any other members of the club who can Marshall, do Data Entry, set up the course and clear up after? Also I have plenty of Santa Dash flyers if anyone wants any to put up somewhere or to pop through people's door. Just let me know if you want to pick any up and will bring a pile to the next Committee Meeting. Please let me know what you can do to help.

Many thanks. Lindsay, Race Director xx

Not only did Sue plan and lead for her own running group tonight, but she also planned for groups to go faster and longer. I had the pleasure of leading the 7 miles slightly faster group round one of Sues planned routes. Our group comprised Tim, Simon, Nikki, Linda, Kirsty, and myself. It was Halloween so we were prepared for unnatural disturbances. There was drizzle and very poor visibility with glasses, and a lot of mud, vegetation, potholes, and puddles underfoot. Initially, we ran undulating eastwards towards Hinton St George, then descended steeply at the first left turn. Past Mill Farm we turned right, left, then right again. This narrow very muddy lane took us to Seavington St Mary. We ran towards Kingstone with significant climbs. Back in the village we stopped for photos next to an array of lit up pumpkins. Just outside of Kingstone we headed eastwards towards Allowenshay, and continued through the village. With significant mud and puddles, we climbed up to the Dinnington road. With no bullshit, I was circled twice by a bat (lit up by my headtorch) as we descended back towards the pub. Thanks to Sue for planning and leading, Phil for organising the Pub, and Kirsty for the photo. The Pub is very friendly. 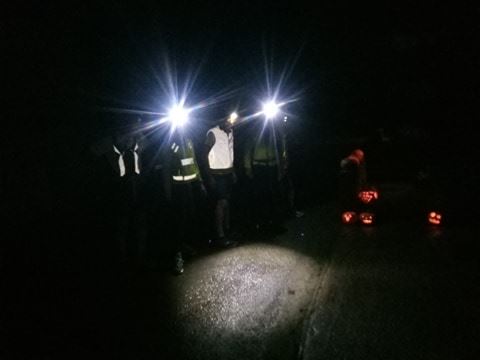 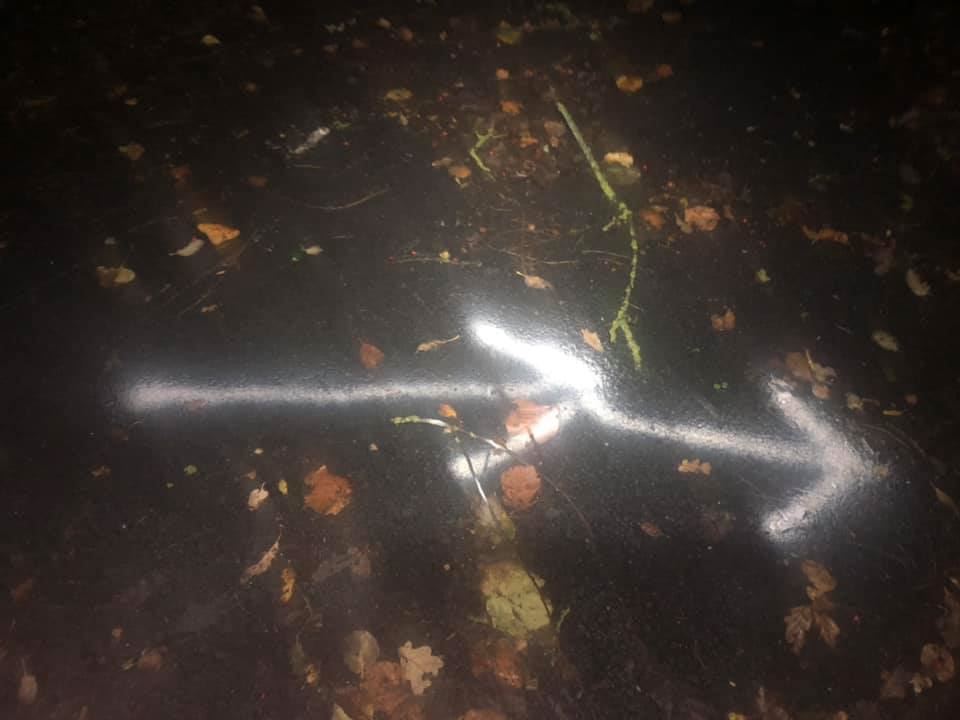