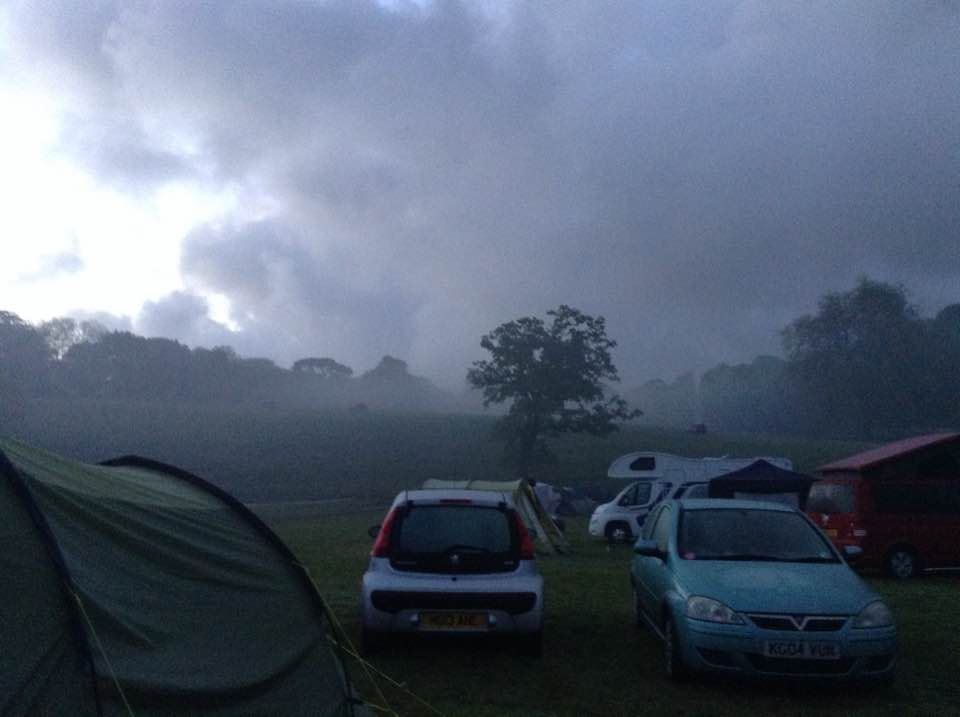 So Hope 24 2017, our team of Linda Membury , Katie Brooks, Anita Rufus, Lindsay Saunders and me Lynne Thumpston. Friday saw us arriving at different times, and the first wave Linda, Steve and Katie dodged showers to put up the tents. But got very wet. !!Camp was set up and Friday night was spent drinking and carb loading and drinking again. Steve Membury and Christian Saunders were support crew and really helped with the drinking.
Saturday morning saw Richard Dodge arrive to do his crazy running! Linda , Katie, Richard, and Lindsay did park run, (why?) but all wore their Yeovil Town RRC vests . Then to business, Lindsay leg1 , Linda leg 2 , Lynne 3, Anita 4 , Katie 5. 1200 saw the start, and we were off.
Beautiful route, bluebells throughout the woods, sunshine , great views, Thomas the tank( you need to be here) hills up, hills down. A five-mile loop, with our team being on hand to take over the baton for the next relay leg. Soooooo, all was going well , Steve and Christian went to the pub in their supporting role, then the weather changed!!!!! I got drowned first and laboured the point by pretending to swim the last half mile home. Anita then got soaked, then Lindsay wanted to first night run got really really really soaked. Luckily she was running with the dodge, so he guided her home and kept her spirits up( should read prosecco). Their lap consisted of finding fluffy animals in trees, chasing frogs? Anyway, weather got so bad, Danny suspended the race between 1030 to 0500. Conditions were treacherous and weather horrendous. We carried on this morning, thankfully weather improving. I write this as my last leg beckons.
Good and bad .
Lindsay. Prosecco, and rain
Linda. The sleep! (How? ) hangover Friday
Lynne The laughs and being drowned.
Anita Glad not ill this year and a good nights sleep (? Really) 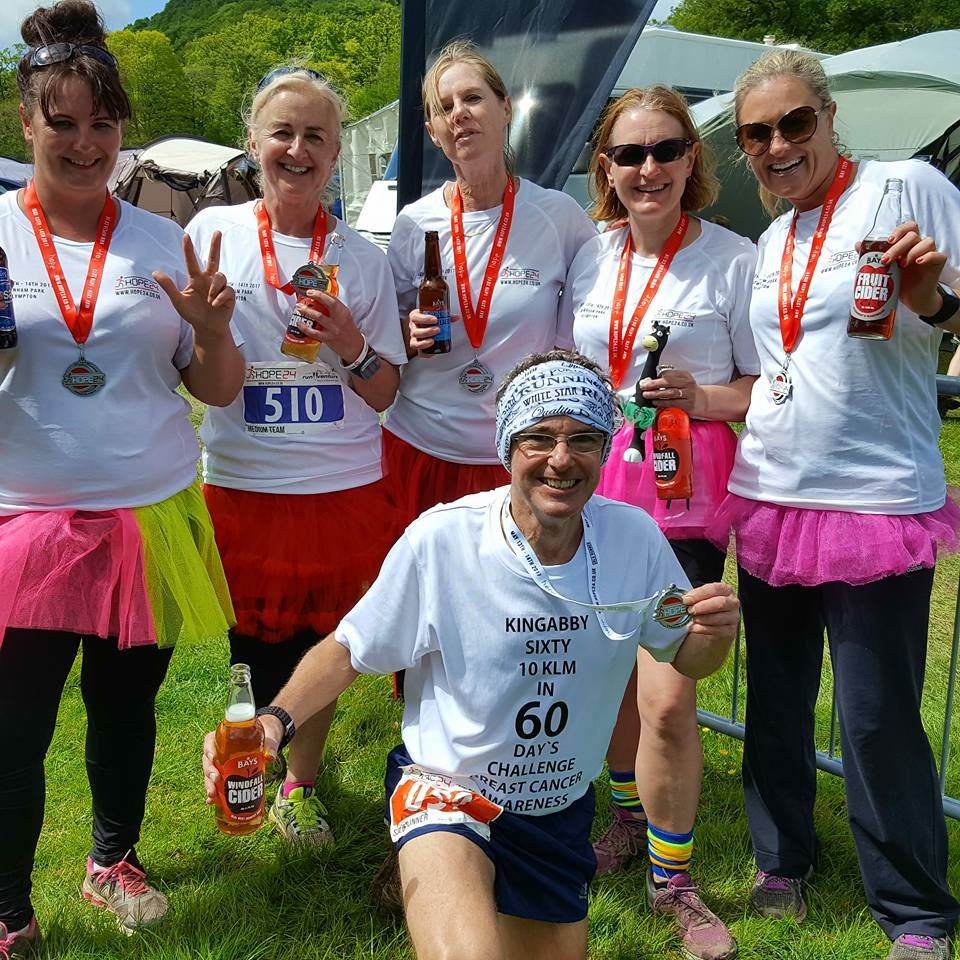 Katie Not being hungover for park run and personal worst for 5 miles.
Are we returning? .......not next year. Great event but too moist!
Richard survived too! 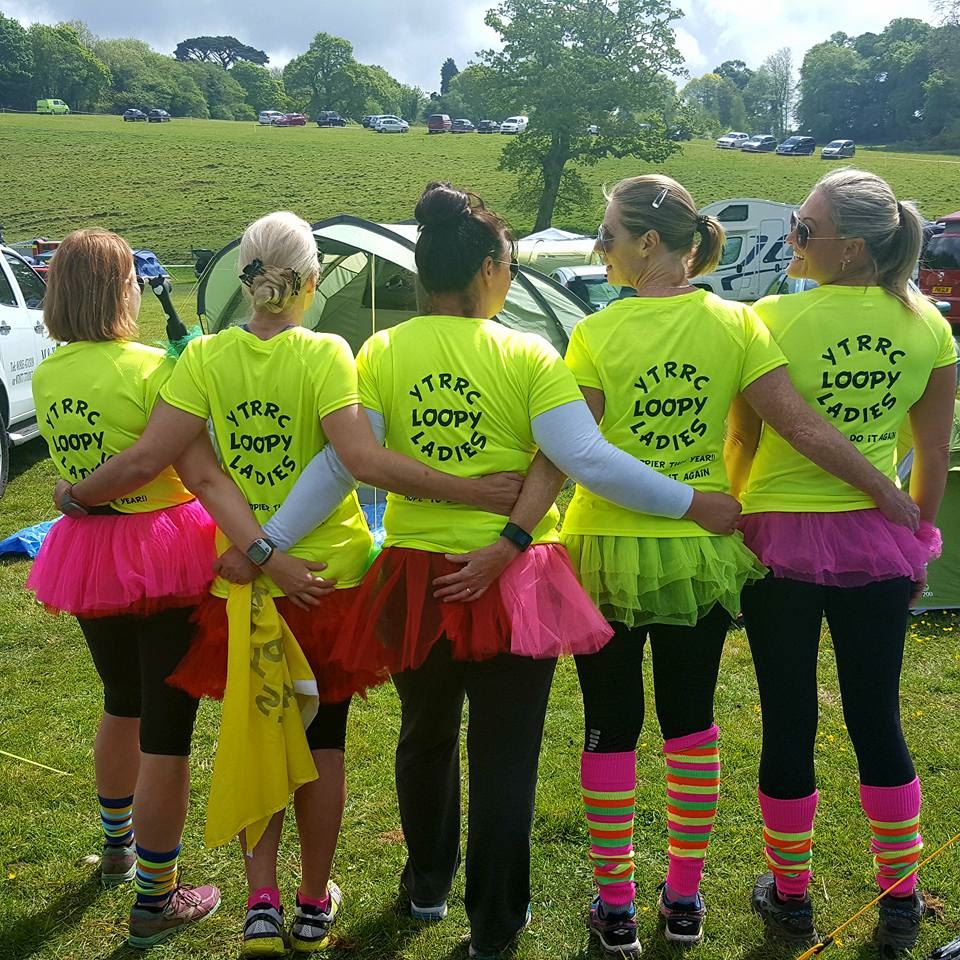 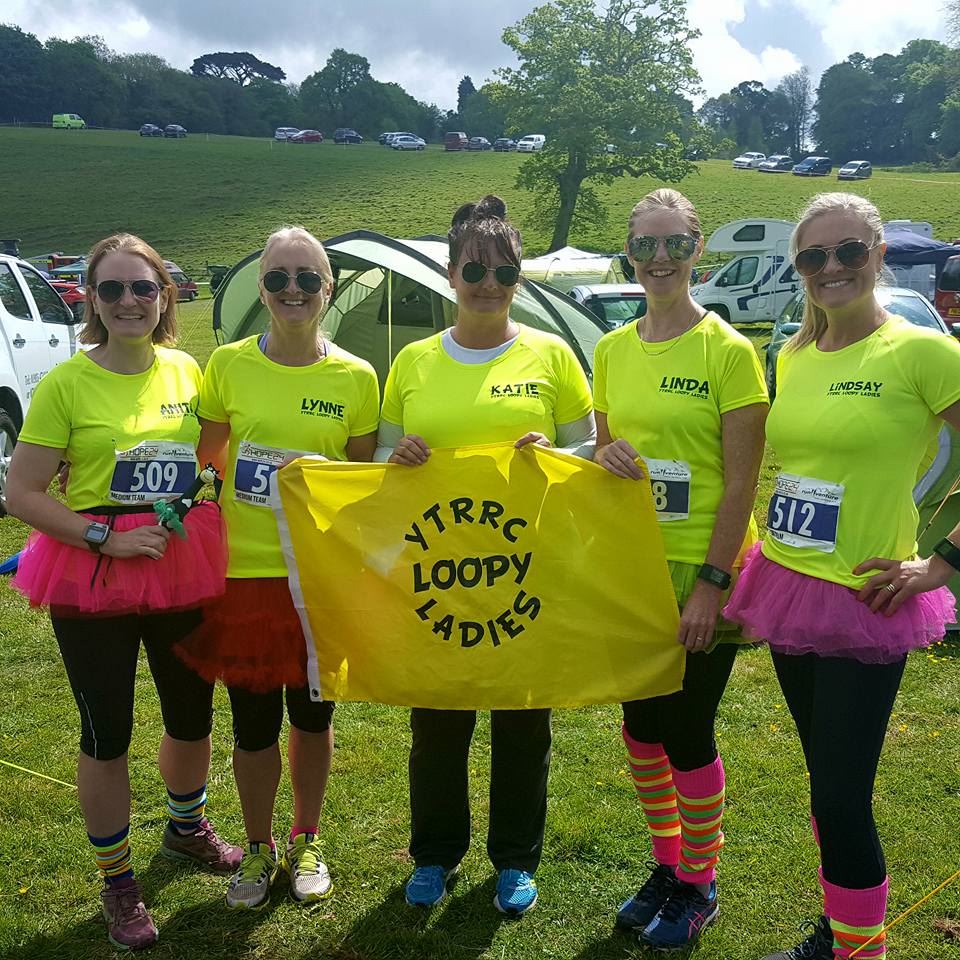 "I am hoping to get a team together for next Years Hope 24, please, please let me know asap so I can register the Team as soon as it opens.

You can email me at "I-Love-Hope-24@lindsey.plymstock.uk"

This race started last Friday (11th May) for me when I got an email saying “Oxford Town and Gown – Your Final Instructions.” My first thought was, better start doing some training for this. Then I looked at my calendar and thought “Might be able to squeeze a training run in on Thursday!” Wednesday night I went down the pub and after two South African shots (I blame the barman!) there was no way a training run was going to happen the next day. A quick trip to Edinburgh at the weekend to watch my beloved Gloucester Rugby loose again in a Cup Final and race day was here …
As I said in my post this morning, training will start at 10:00hrs, well if I had known the start was going to be delayed by five minutes I could have had a quick warm-up around Oxford University Parks but I didn’t and sat back down instead. **CLAXON** 10:05hrs and we’re off, don’t go too fast now Jimbob. Having only ran up to 5K in my “training” I knew the second half of the race was going to be tough going.
The course around the City of Oxford was a beautiful one. The sun came out just before the start and made running pleasant albeit warm, overcast would have been better conditions. The first few K’s we passed under the Bridge of Sighs which can be seen on Inspector Morse and Lewis, if you watch that. A few turns later we passed the Sheldonian Theatre and into the City Centre. A quick loop around the main shopping street and then back out onto the open road! A quick wave to Dad and Sally who were supporting me this morning.
I passed the 5K marker at 24:00, so I sub 48:00 was now my target. I'm now in uncharted territory, a parkrun doesn’t go this far! The legs felt it too, I could feel myself getting slower. Don’t look at the watch, just keep running!
At 7K we entered the Parks and a water station was up ahead. I needed it, the sun was really out now beating down and I knew the finish line was within the park but I couldn’t see it anywhere! The Junior Fun Runners were in full support as they formed lines on the edge of the path to cheer us on. 5miles/8K marker passed twisting and turning but still no finish line to be seen. Right Calf really starting to let me know I didn’t have the fitness in me for a 10K. Two left hand turns to go and I would be in the finish straight …
That finish line, such a welcome sight. A sprint finish (of sorts) more like a sprint shuffle and I crossed the line in a chip time of 47:47 which agreed with my Garmin time. A positive split of 13seconds and I'm still not sure how. A finish chip position 838 of about 4,400 runners.
The feeling of running a race in YTRRC colours is always a great one and I do enjoy it ever-so-much. I don’t know when my next race will be, but it will be for YTRRC and I’ll try and do some training next time. From your Cotswold Correspond, James 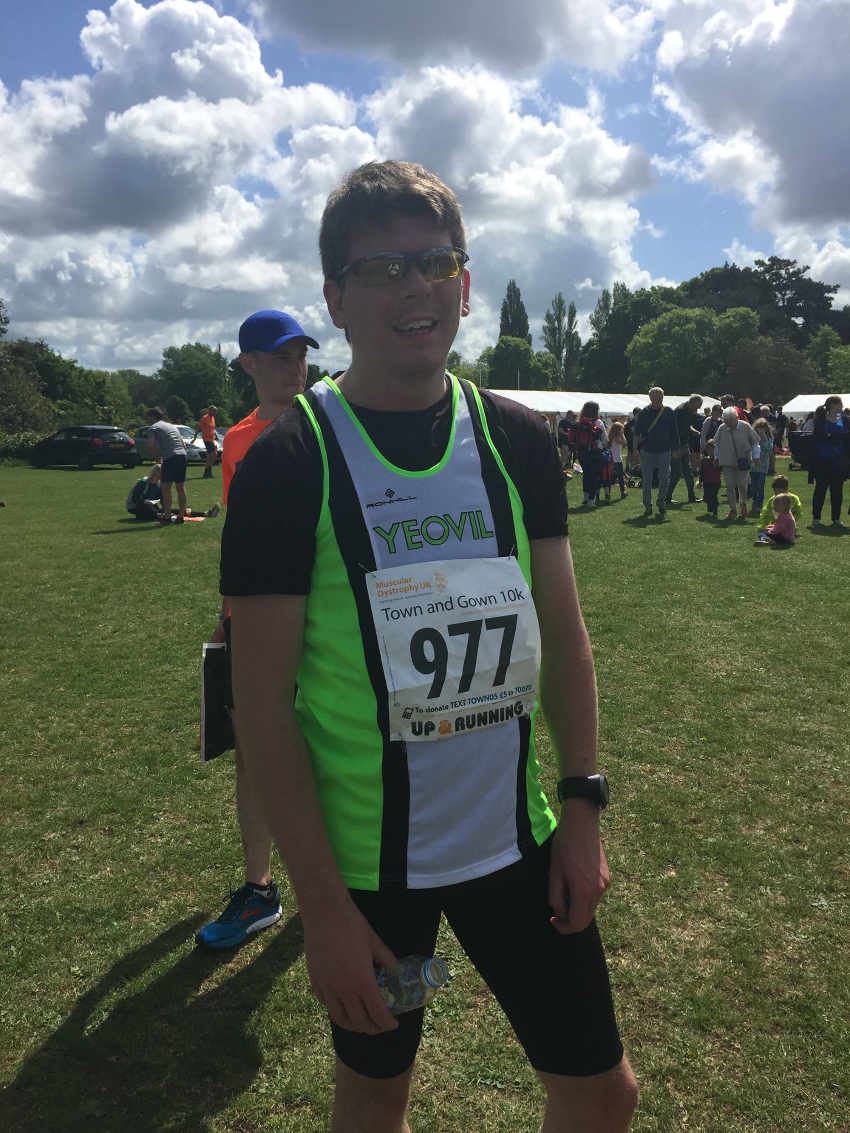 Bath, Two tunnels half. Beautiful day. My first race as a YTRRC member if I don't count Wednesdays 5 k. 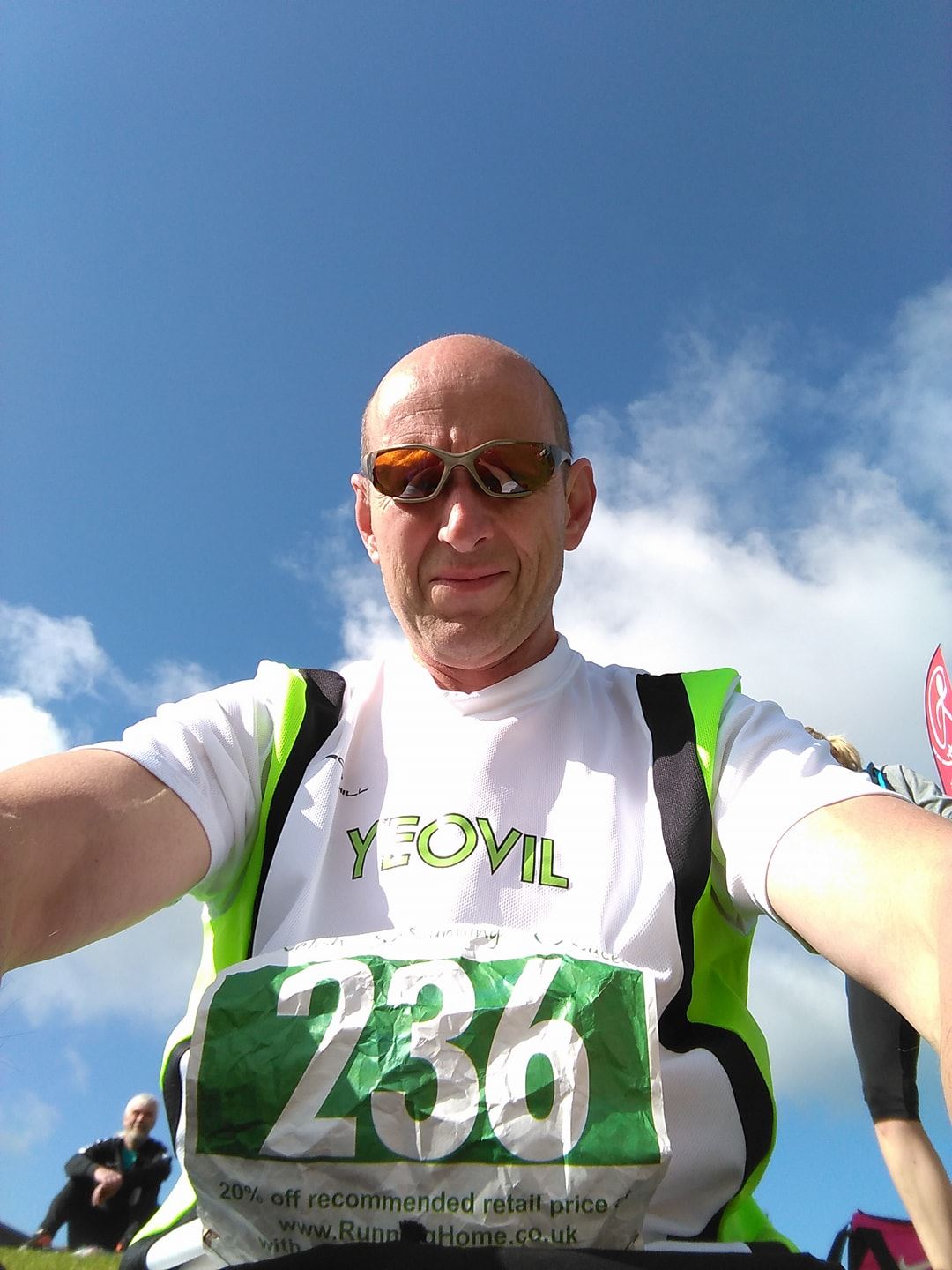 Jack and Jill went up the hill
And so did Adam and Matt
As part of the race
They got red in the face
And both got medals after! 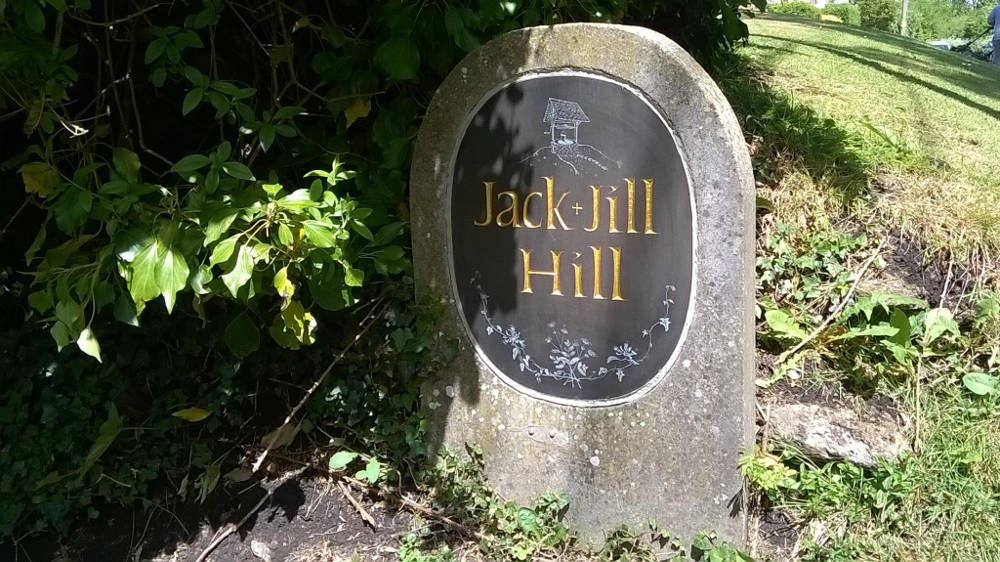 The pre-race road trip selfie was a bit lonely, so it was nice to see the friendly Adam Hawkins point hunting too. A beautiful sunny day with wonderful North Somerset accents floating on the breeze (think South Somerset but more straight off the farm).
The race started well enough with a flattish lap of a field before they throw you up and down the valley using every bit if nettle-laden footpath possible, Next, they have you wade through the river, NEXT TO THE BRIDGE, before climbing out of the valley into the original field. Clearly Somer AC are a bunch of psycho's as we go down into another valley only to have to run up a road actually called "The Incline"!!!
Next it's across to Haydon which has its own valley and stupid damn hill (mud, rocks and water) - although I had begun to notice the guy in front was flagging a bit...patience my friend, we will have him!
And then...Kilmersdon and because it's the "Home of the Jack and Jill nursery rhyme" apparently there's a flamin' hill to run up.
Still, can't be far now, and they only said about three hills and I've counted at least twelve, so it's got to be done by know...
Flat road for a bit, then track and...ah, we're going into another valley...I don't like this...
Another couple of rivers to wade through, for no other reason than you must, and we're climbing a coal spoil heap back to our favourite field for a last dash home (and yes, the guy in front dropped off going up the last bit!)
Matt Driver first YTRRC, Adam Hawkins second YTRRC...we didn't bother to wait around for anyone else - we're a selfish pair like that!
Pictures attached. Adam has one of us both, although I'm a little worried we might look like twins! 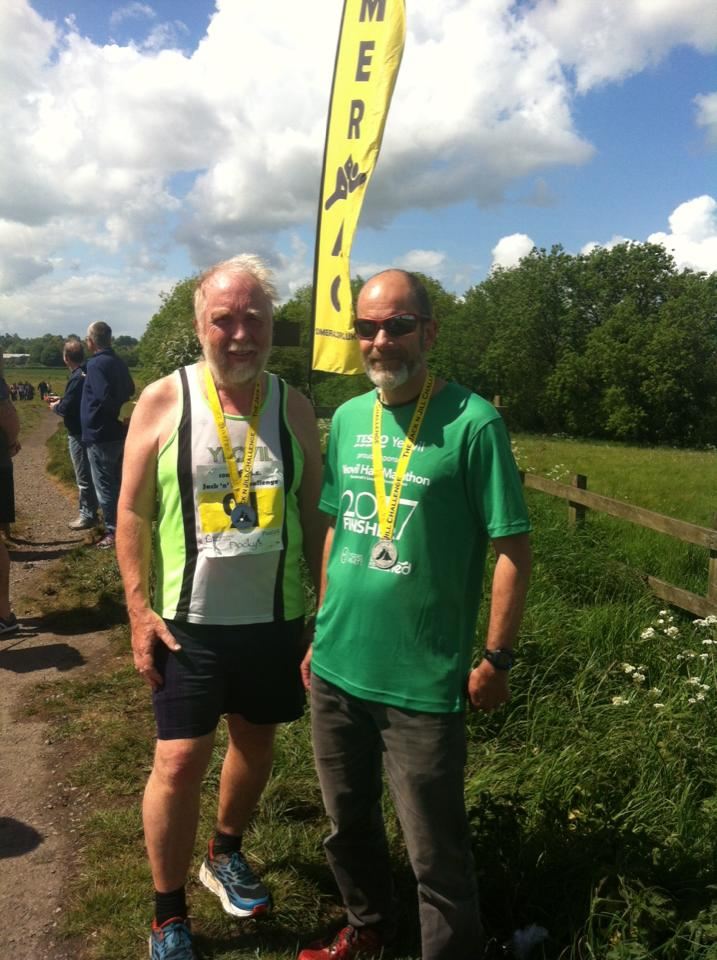 A Day out at Nosuch Park

Today saw Paul and I go to Surrey to a place called Nosuch Park for the PJ in the Park Marathon. A challenge event with a 6 hour cut off 4 laps was a half and 8 for the marathon. Paul took third and I was 5th (still waiting for official results), with a nice bit of Bling thrown it. 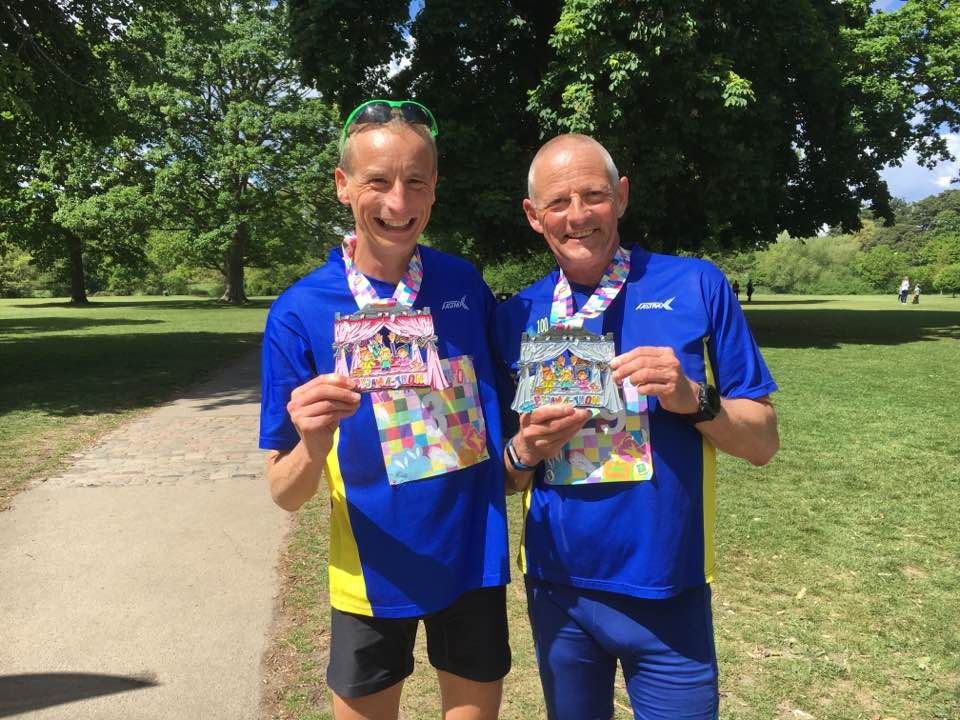 A Green and White showing at the Maverick Original Surrey today. A very hilly, 532m of ascent, little 25.31k in the Surrey Hills around Polesdon Lacy. First Yeovil home, and the last come to that. Well signed route through some stunning countryside with great views, organised Well, nice bling, bottle of Maverick Beer and iced coffee st the end, what more could you want? About three hours, it was tough as hell, described as Brutiful, but well worth doing my third Maverick Long. Check them out. Results to follow when available. 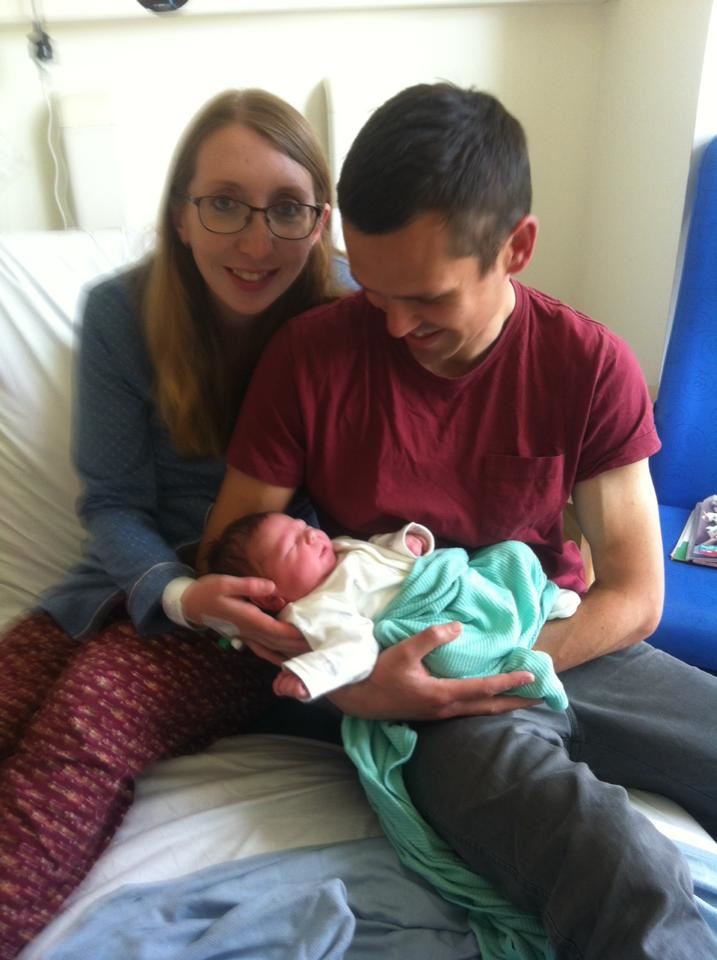 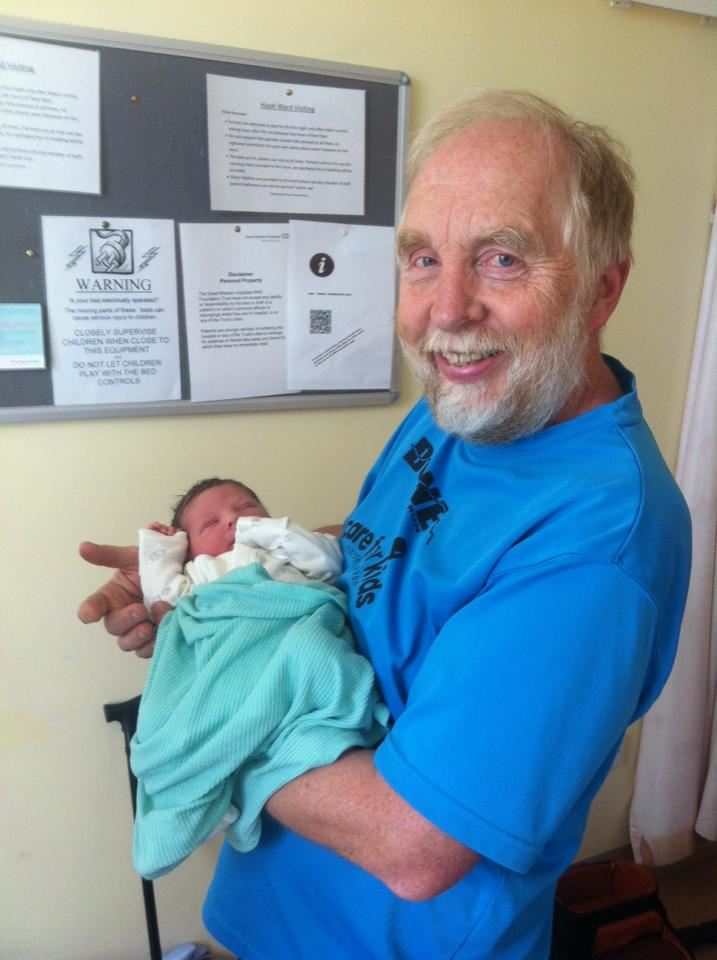 PUB RUN – KINGSBURY EPISCOPI (11 May 2017)
It was clear, dry, and warm tonight. Phil’s planned route was mostly off-road with only a short stretch of country lane. From the pub we went left, and took the next turning on the left. This took us past houses and quickly out onto fields. A right turn past the works and along ten or so small fields took us to Pitt Drove. The views from these fields across the levels showed Burrow Hill far in the distance. It was our target. At the end, on the left was Middle Drove. Then on the right was Burrow Drove. Along here were baby Ducks and a large silk nest with hundreds of hairy caterpillars walking out onto the bush. The drove was long and difficult under foot, and at the end was New Road. We ran down the lane to Burrow Hill farm. We climbed across fields reaching the trig point at the top of Burrow Hill. A couple in sleeping bags were disturbed by our sudden appearance. After the photo shoot we descended and ran towards Stembridge but turned left to cross a large field full of young corn. At Lower Burrow we headed east across fields and tracks. Crossing a lane there were more fields taking us directly back to the pub. Another great off-road pub run. Thanks Phil and all. 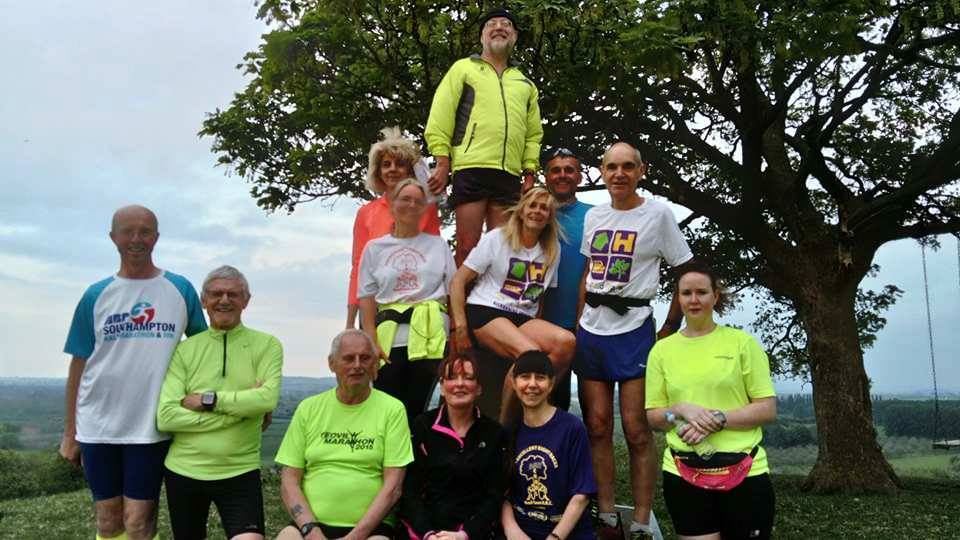 It was agreed at a recent committee meeting that the club would support a few races throughout the year by getting as many members as possible to take part. As well as an enjoyable morning we would stand a good chance of maybe winning a team prize and, of course, age category prizes. The first one

will be Crewkerne 10k on 4th June. I know this is short notice but I'm sure several are already entered so let's see if we can get a record no of us. When you enter don't forget to put Yeovil Town RRC as the club name on the entry. Watch this space for the next one after Crewkerne!

Thanks for your continued support.