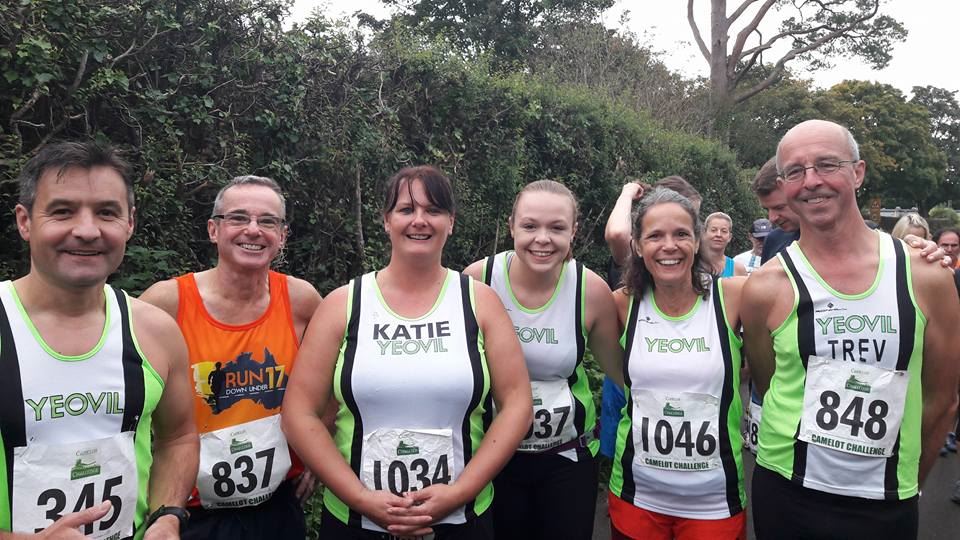 Barnstaple Full and Half Marathon

Today saw the 4th running of this localish event and it is a well run one, with a Half and a Full there is something for most. The Full started first at 9 am running up to Royal Maraines Chivner then back to the bridge to go up the other side to Fremington while the Half started at 10 am and just did the Fremington loop. The start was great weather for running and was good up to the 15 mile point then the rain started.

I completed the first loop then started my loop up to Fremington and was shocked to see Bryn steaming towards me leading the Half ahead of Steph, unbelievable. After Bryn passed me Nathan followed then Pippa and I didn't see Steph as you move off the Tarka Trail and hit the road upto Fremington then rejoin the Trail back to the start. All in all a great day form the club with Bryn taking first place. A nice medal and my 4th Barnstaple T-Shirt I believe Steph also has 4 t-shirts as well as both of us have done all the Event races. 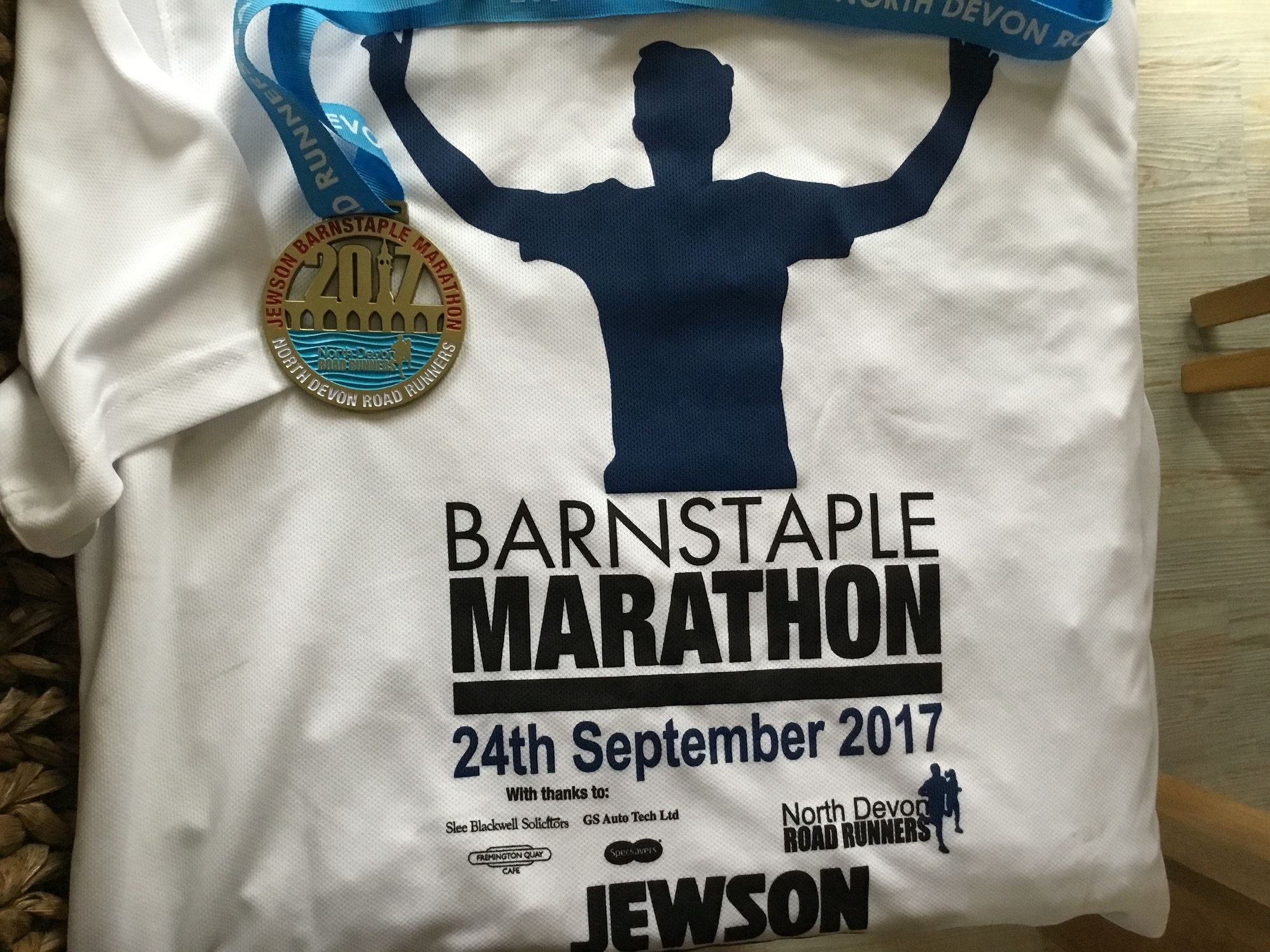 Stage 1 of the final preps for the Marine Corps Marathon in 4 weeks. A good little win in the Barnstaple Half Marathon. Performed well despite developing a stitch at mile 9 but still finished 4 mins ahead of 2nd place. Thanks Kitworld Ltd for your sponsored Royal Navy shorts and Sportsshoes.com for your sponsorship enabling me to get a brand new set of Saucany Type A racing shoes.Thanks also to North Devon Road Runners for putting on a great event. 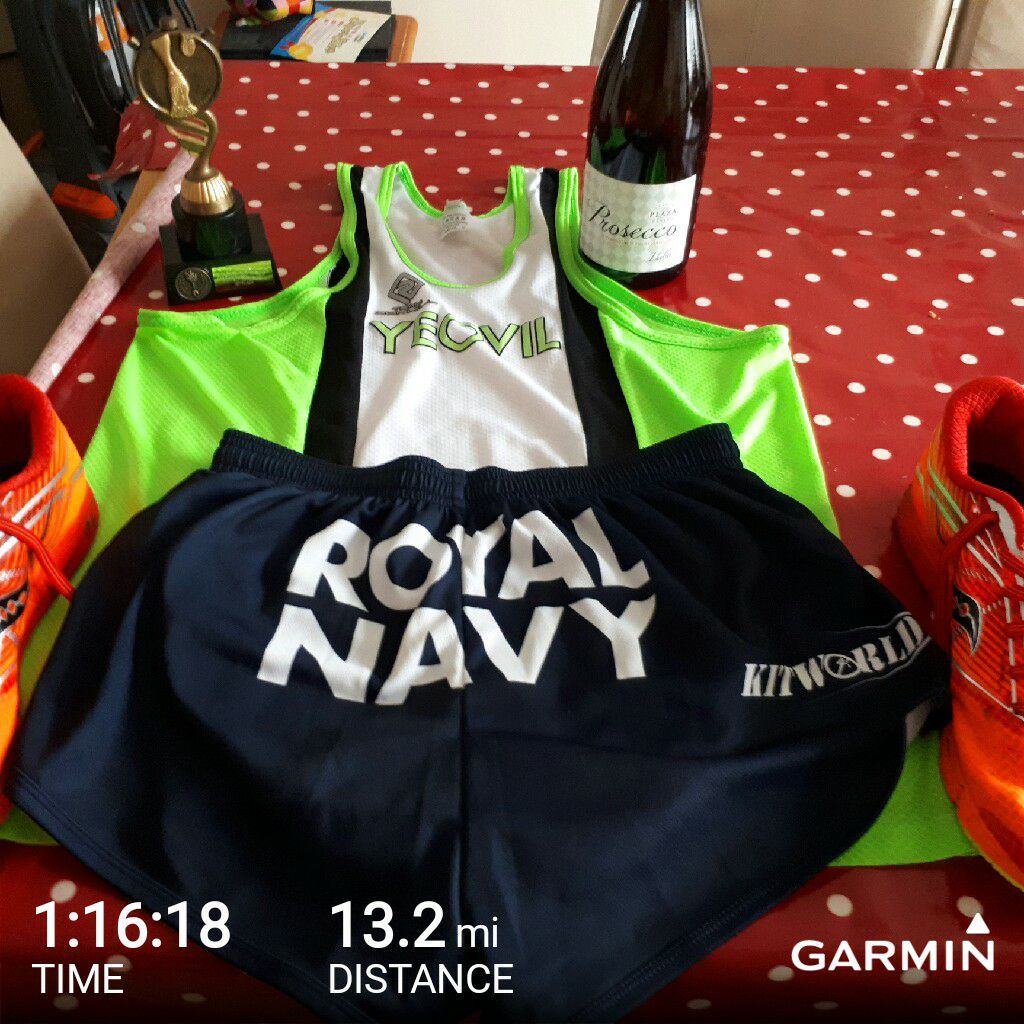 Tough little course which enticed 6 YTRRC Members out . Weather was perfect and Frome running Club hosted this event. It was a mixture of lanes,tracks , fields, wooded pathways a few muddy sections and several steep sections both on and off road enough to test us all.
Even Graeme Brown turned up following yesterday's Camelot Half ...
The start was 500-600 yard walk from HQ and Matthew Driver happened to notice a quaint little cottage called " Poyntz Cottage " just up from the start.
So off we all set down the lanes for 800 metres or so before off road onto narrow paths and trail .. wet in places .. tree routes a plenty...
One unfortunate runner near the front took a nasty tumble was out of the race with a nasty leg injury.. the course was changing with some tight turns and switch backs, wooden steps, stiles to negotiate. . Matt was front Yeovil runner and pulling Clear of Kevin by about 1 minute at this point... we were all toughing it out... Joanna Henley was tired from so much commuting lately! Elspeth Fontana was putting in Brave performance keeping injuries at bay ... so good test for her. and Lyndsay was tackling the course in fine fashion.
Drink station was at about 4 miles and very welcome at the top of a mammoth climb.
All in all. We did ok 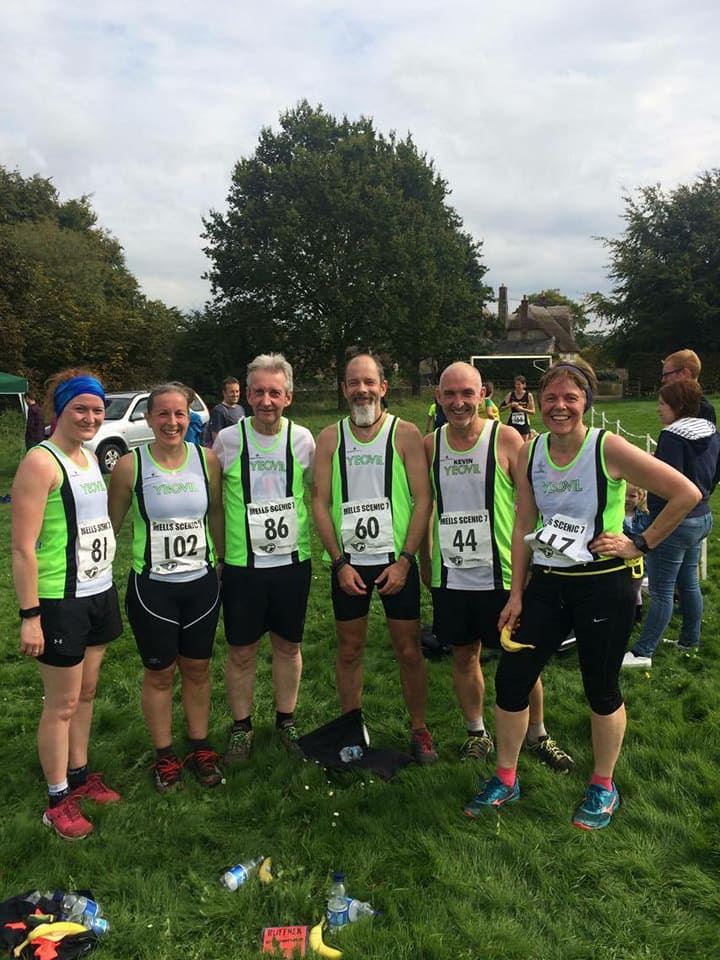 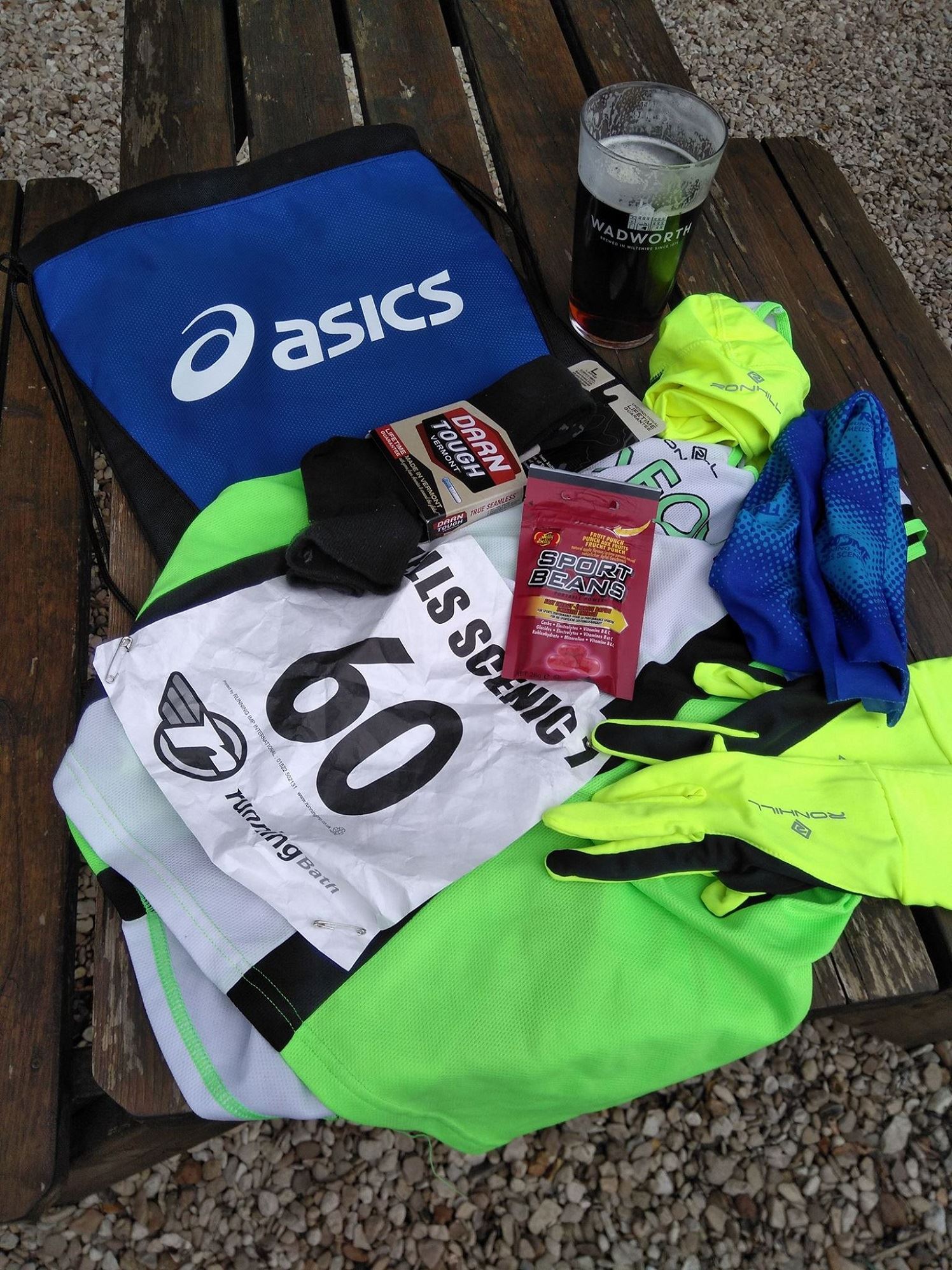 From Matt: Benefits of running the Mells race today...spot prize, clearly because I'm the most handsome man running!

This is approching fast so please see the link below and book both a place and also your choice of food and who you would like to sit with. Also please have some thought on who should get an award by voting (see link below). Email Lesley with you race's for your Hat if you qualify for one. Any questions on any of the above then please ask.

Saturday saw the 5th running of Camelot Challenge and as always plenty of Club runners. Not sure who did what as no report was sent in. 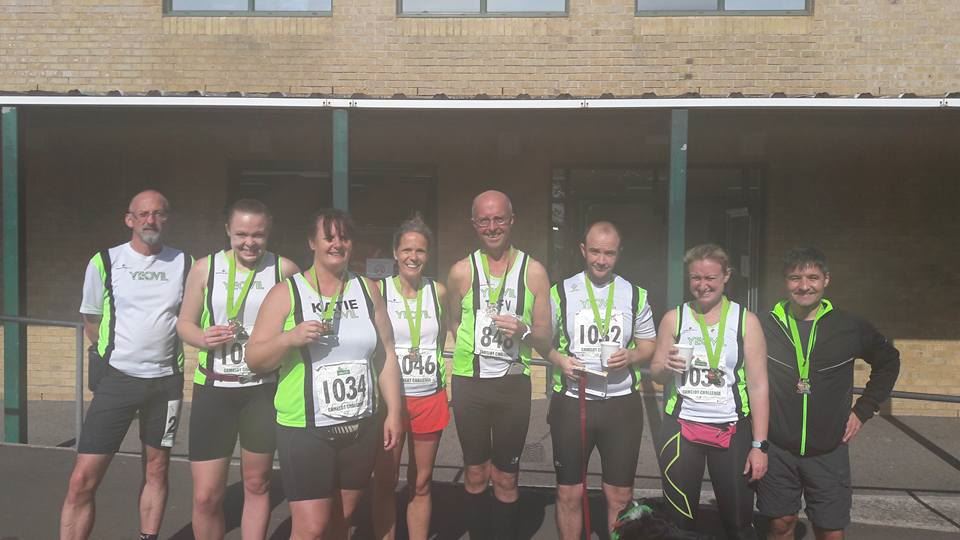 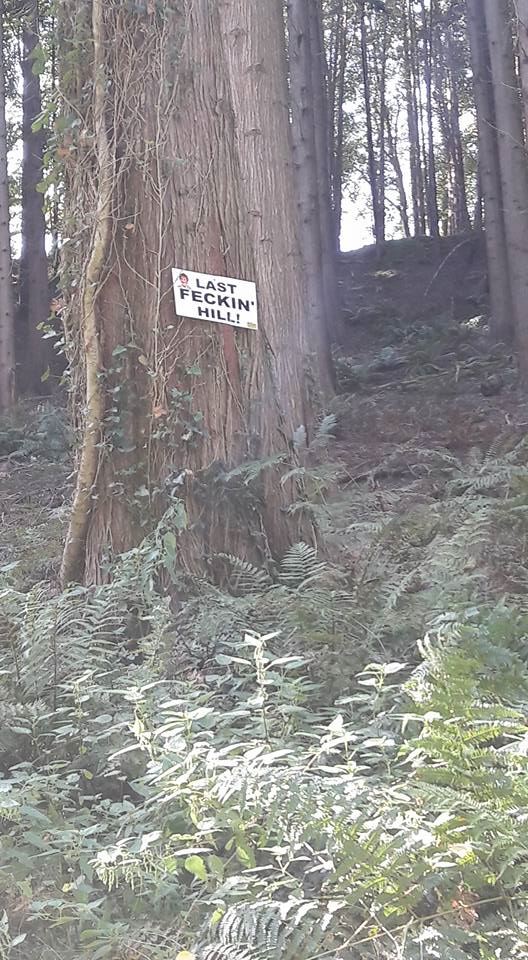 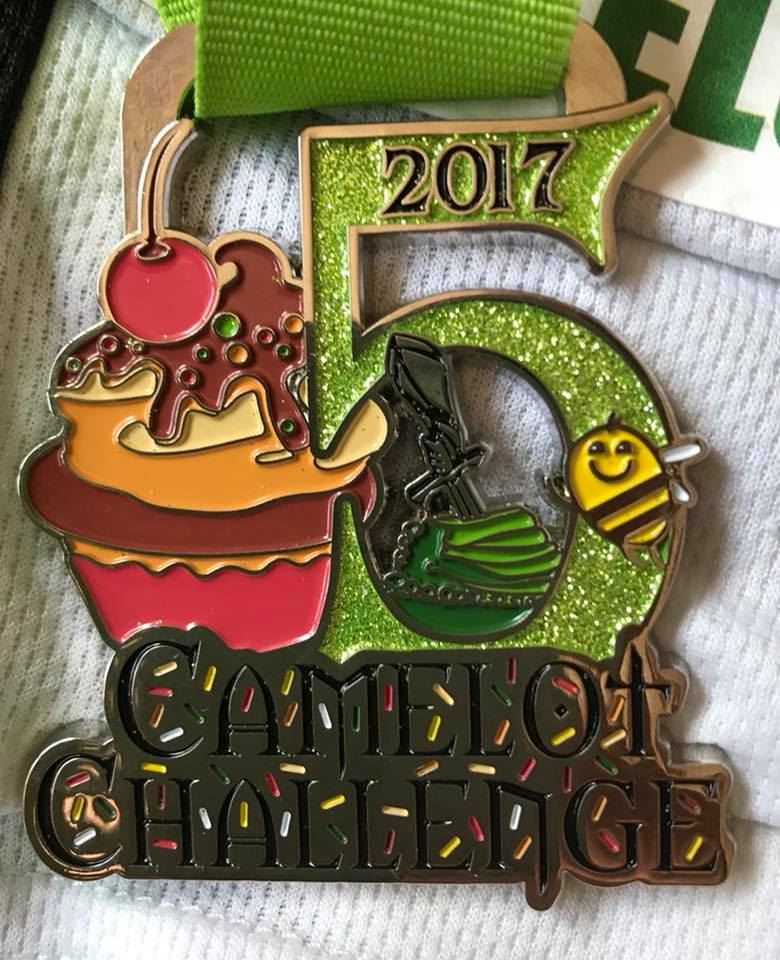 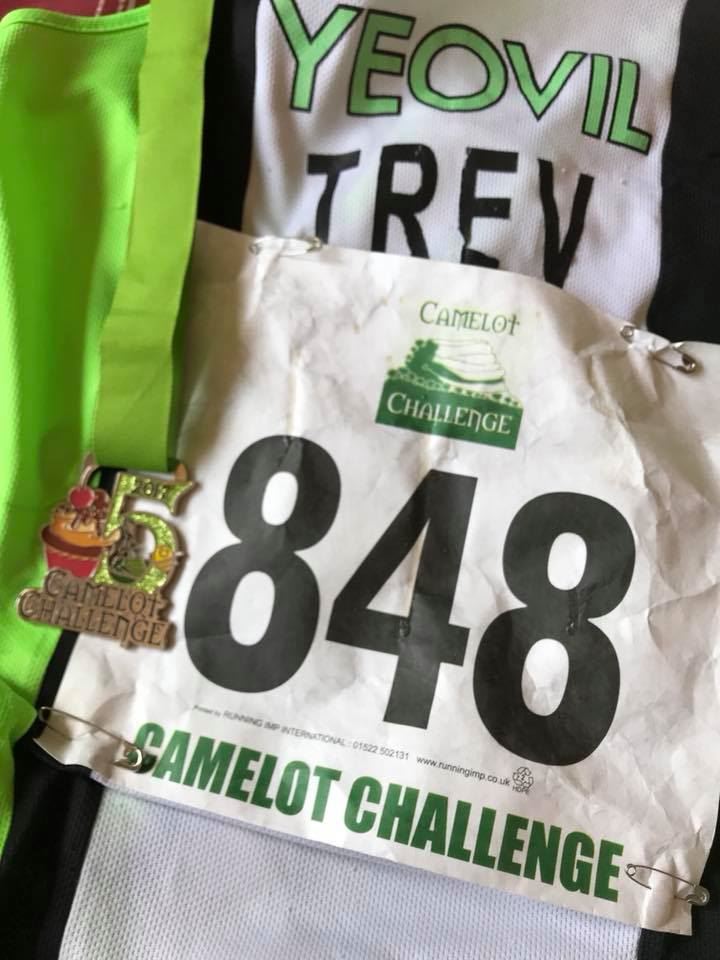 Saturday saw Jo Henley out and about: 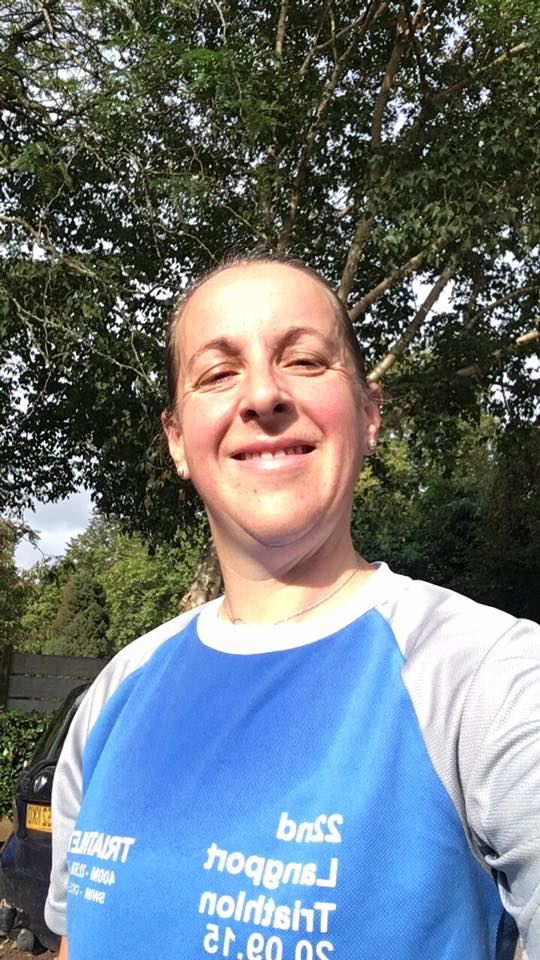 The Hangers Hero's is a trail marathon and half with an option to walk as well, it is a local race that starts in West Fleet Holiday Park. With free Tea and Coffee before the race / walk at the Race HQ in the large Club House. The race I think cost me £25 but 95% goes to local Charities. Luke and I were the only Club members and both made it round Ok using the maps provided.

The race inself starts at 8:45am and today had lovely Sunshine for it. The route mainly goes over the South West Costal Path so there are plenty of gates to either go through or climb over. The first half takes you to the climb up to Hardye's Monument. 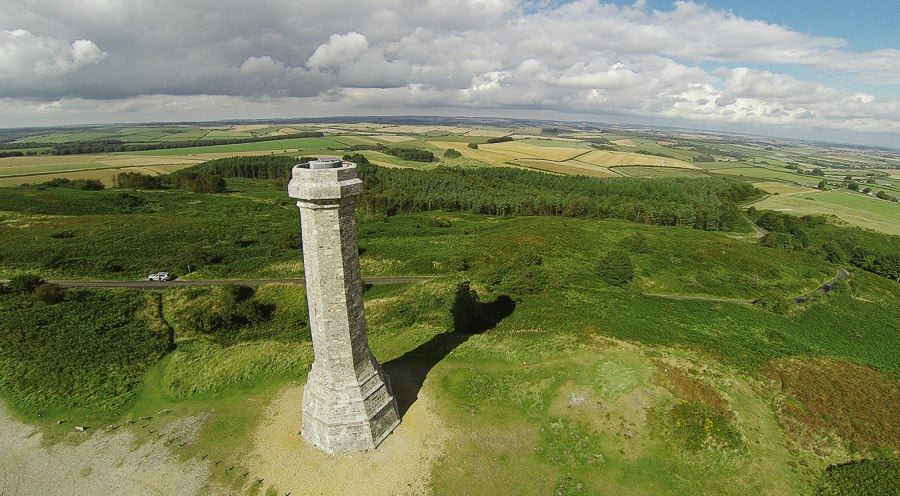 Altough it's the half way point you are at about 14.2 miles, this is where the half finishes and are then taken back to the start by minibus. The marathon runners crack on and complete the circle back to the start. At the finish you get a medal and free food and also if you wish a shower. Its a great event and numbers were down sadly this year but I would urge Club members to make a date for this next year. 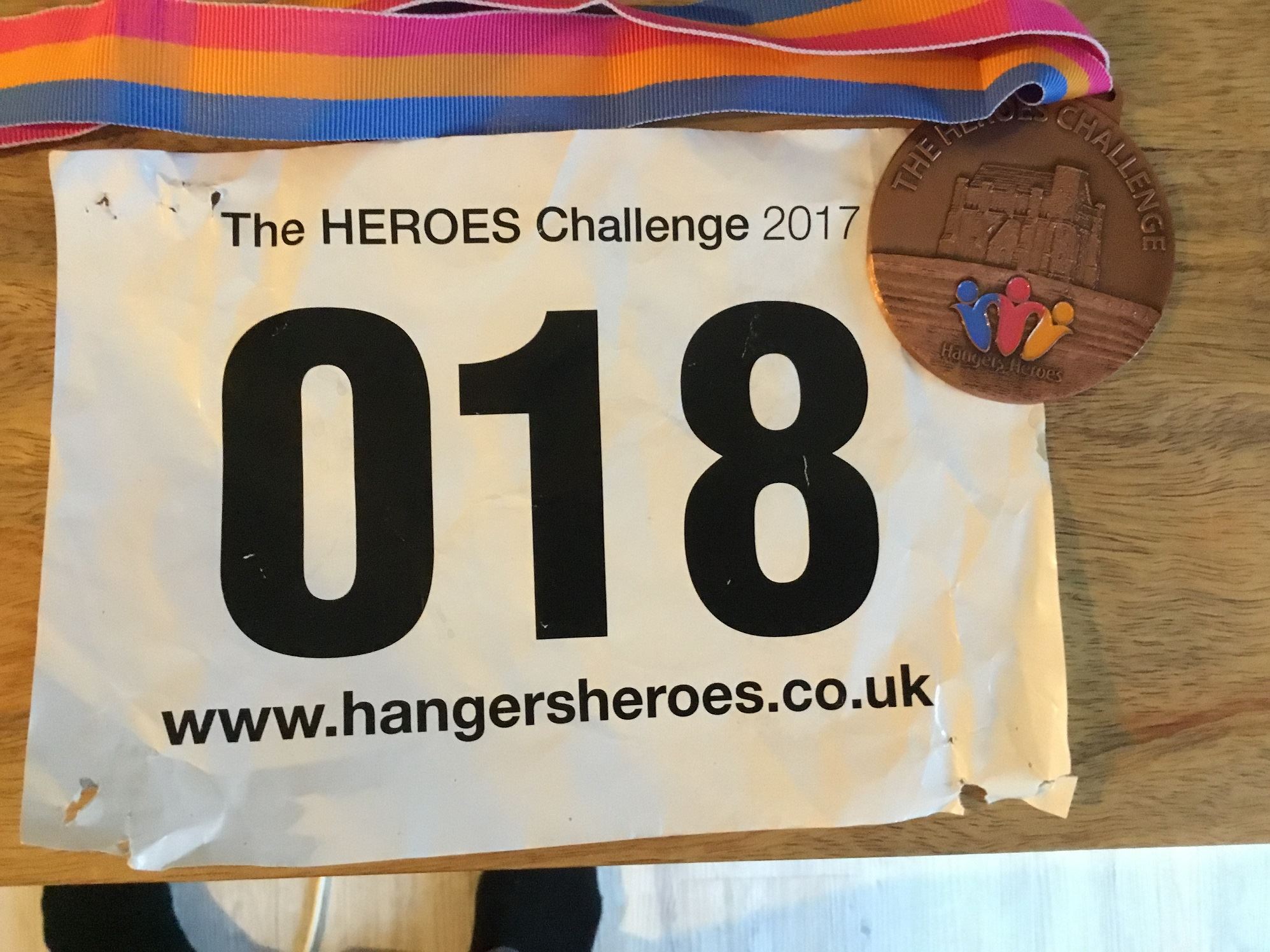 For all those who are doing the Thames Meander in the 4th November the best price for 2 nights is in the Premier Inn at Kingston upon Thames at £122 for a room. Lovely hotel but breakfast is optional. Post code is KT1 2PD. I think it around £47 just for Friday and £70 ish for Saturday only. Me and Steve have booked for 2 nights as there is a brilliant pub that sells all sorts of Gin, whiskies and beer and it's just around the corner. So who is going?

The Blog next week might be on the Monday due to France.

The Pub run is at The Airfield Tavern this week due to the 3:30am start time for France. Meet at the Fleet Air Arm.

PUB RUN – SHERBORNE (21st September 2017)
My intension was to go off-road and take advantage of daylight for as long as it lasted. Fortunately we had clear blue sky which held off the darkness long enough for us to get back to road without needing head torches. Initially we were two groups I think, and leading the off-road group, we ran through the town, passed the station, and ran up to New Road where we got up onto the footpath. Running eastward we stopped opposite the cast...le for photos. Continuing we ran up to the lodge, climbed up a steep hill, and entered the Camp. We split into long and short, which actually turned out to be short and long. The short (off-road) group turned left to run through the deer park. We crossed the paths of deer. We descended to Pinford Farm, where there were swans. It dimmed as the sun set, as we ran up to a stone gate and entered woods. The woods ended at a field of tall maize, having a muddy path through the middle of it. We crossed two more fields and passed under the railway. A muddy track took us up to the A30 main road. Head torches were deployed and we ran by road back into the town via Long Street. Passing the front of the abbey, we continued along Horsecastles back to the pub. It was just about six miles and good to be off-road. Thanks all, and Alison for the photos. 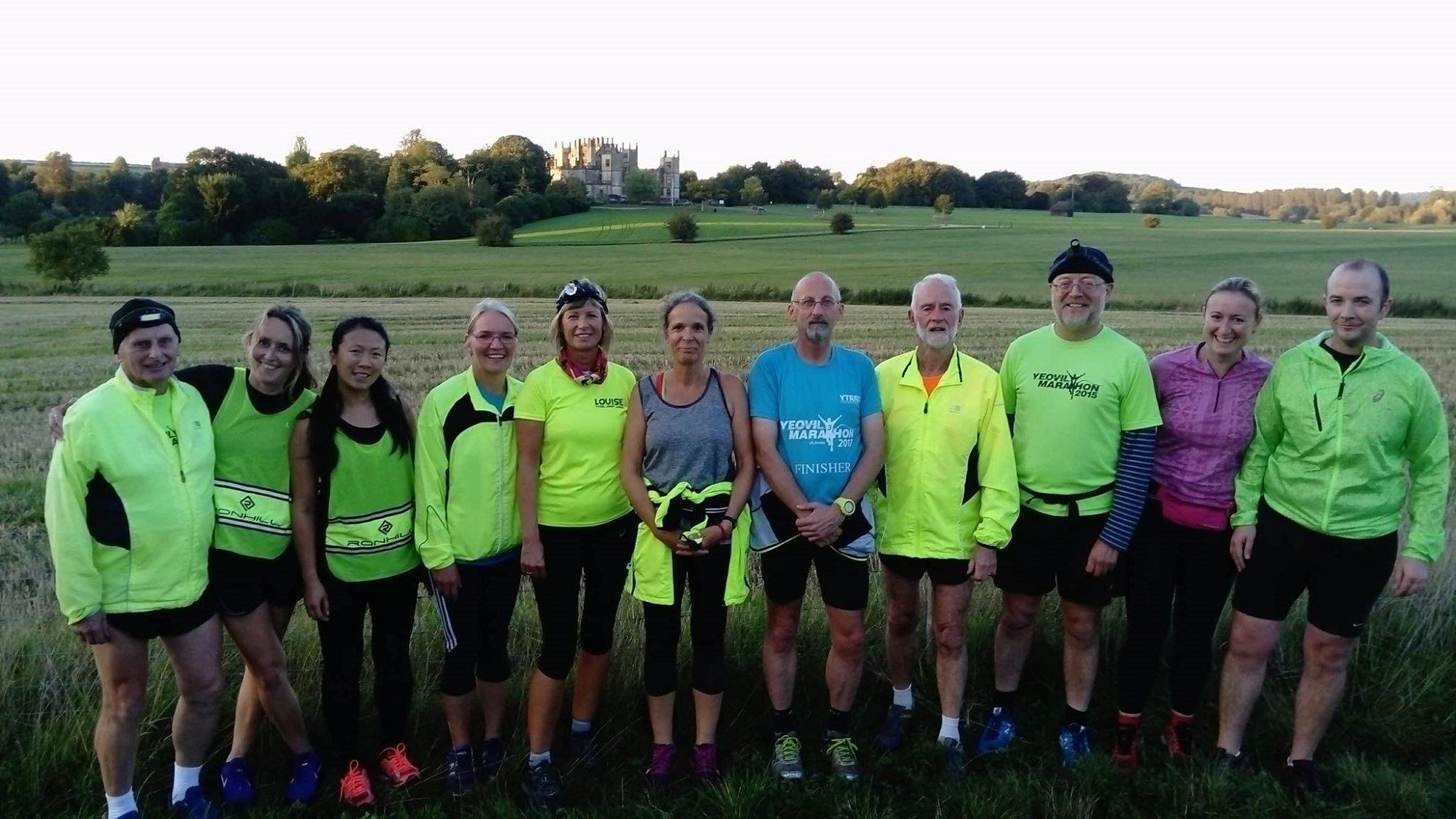