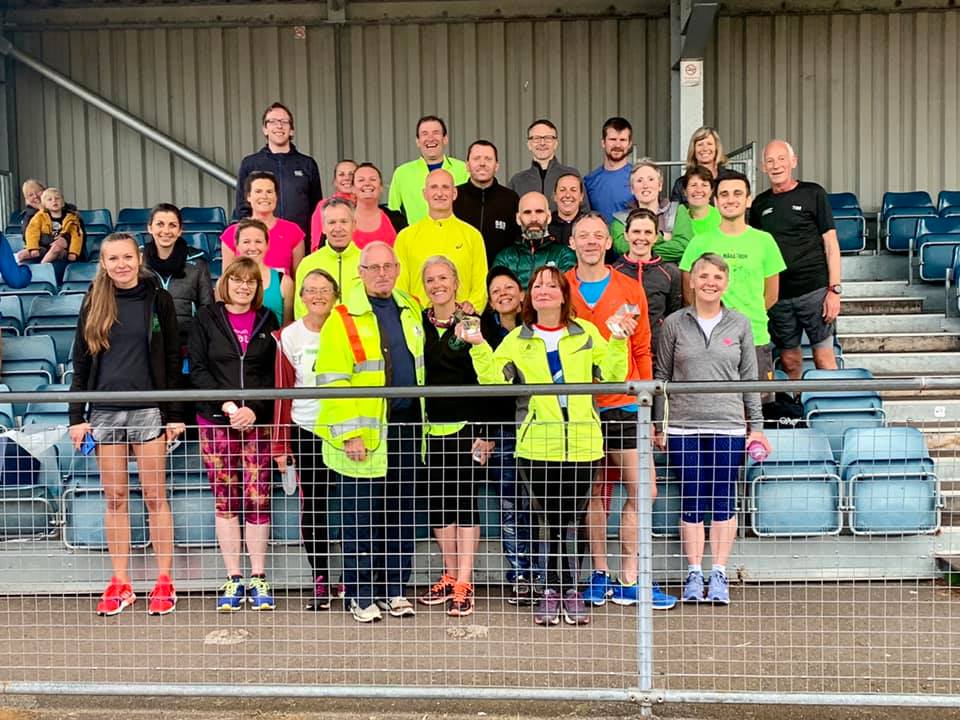 Yeovil Marathon and Heron Half

From Graham: As you guys will be aware I’m Chief marshal for this year's Heron half & full marathon on the 9th June. I’m looking for as many volunteers as possible to marshal on the day. For your hard wor,k we’ll provide you with a breakfast & daytime meal, T shirt, plus 75% off an entry for next years Heron half or full marathon. The marshals are the backbone of any event, so your help would be much appreciated.

If you are able to help, please email me at volunteer@yeovilmarathon.com

Great turn out by the Club and a big thanks to all the helpers and cake makers. Don't forget it's Adam's Town Tall Tree Race on Wednesday.

A great turn out for the AGM where Steve Warren was voted in as our new Chairperson and Dan took the Vice Chair. Thanks to all that voted.

Well done to Tim Willis who won the handicap on Friday, a great turn out from the Club and a big thank you to Tim Hawkins for the organising. 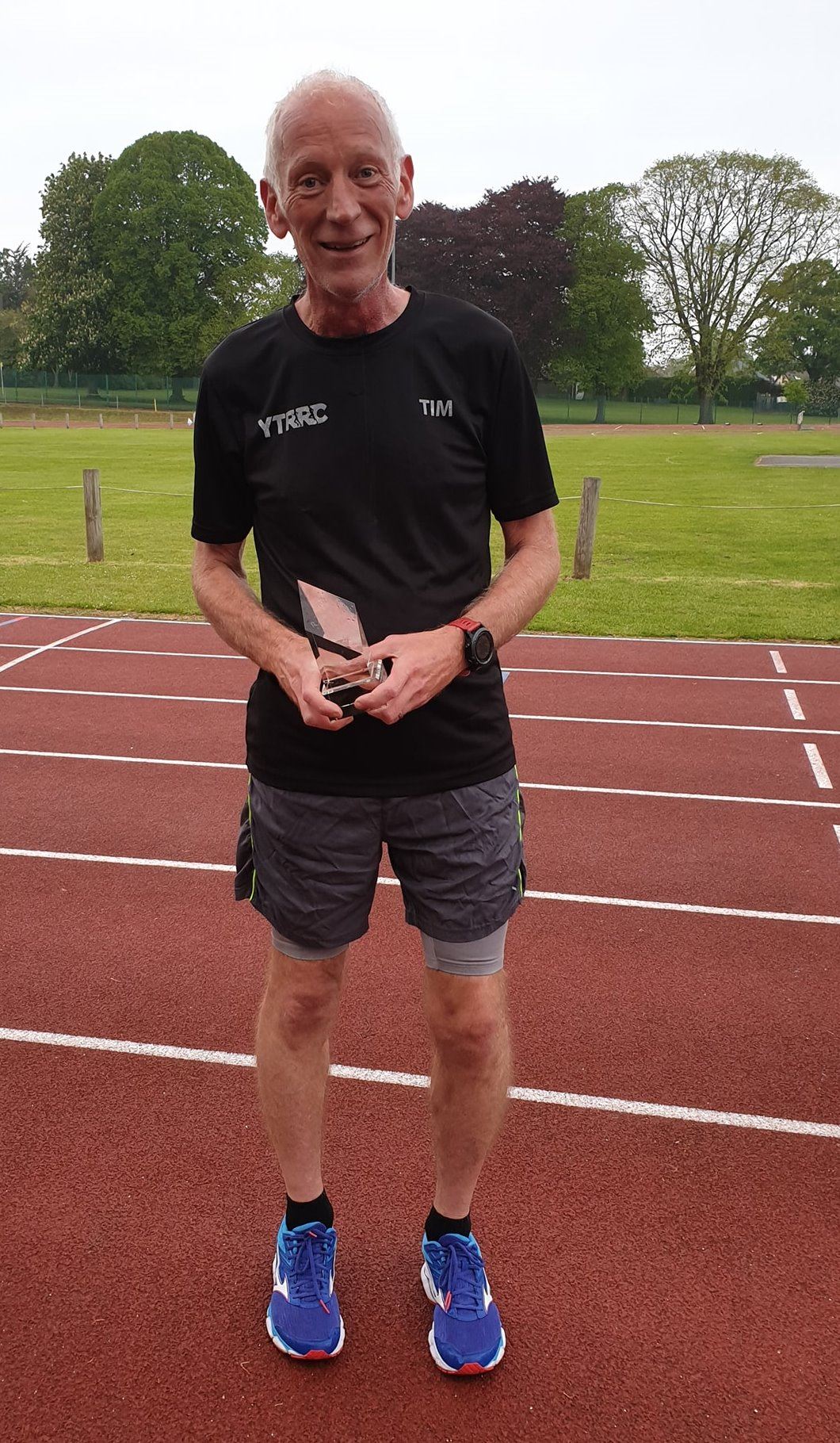 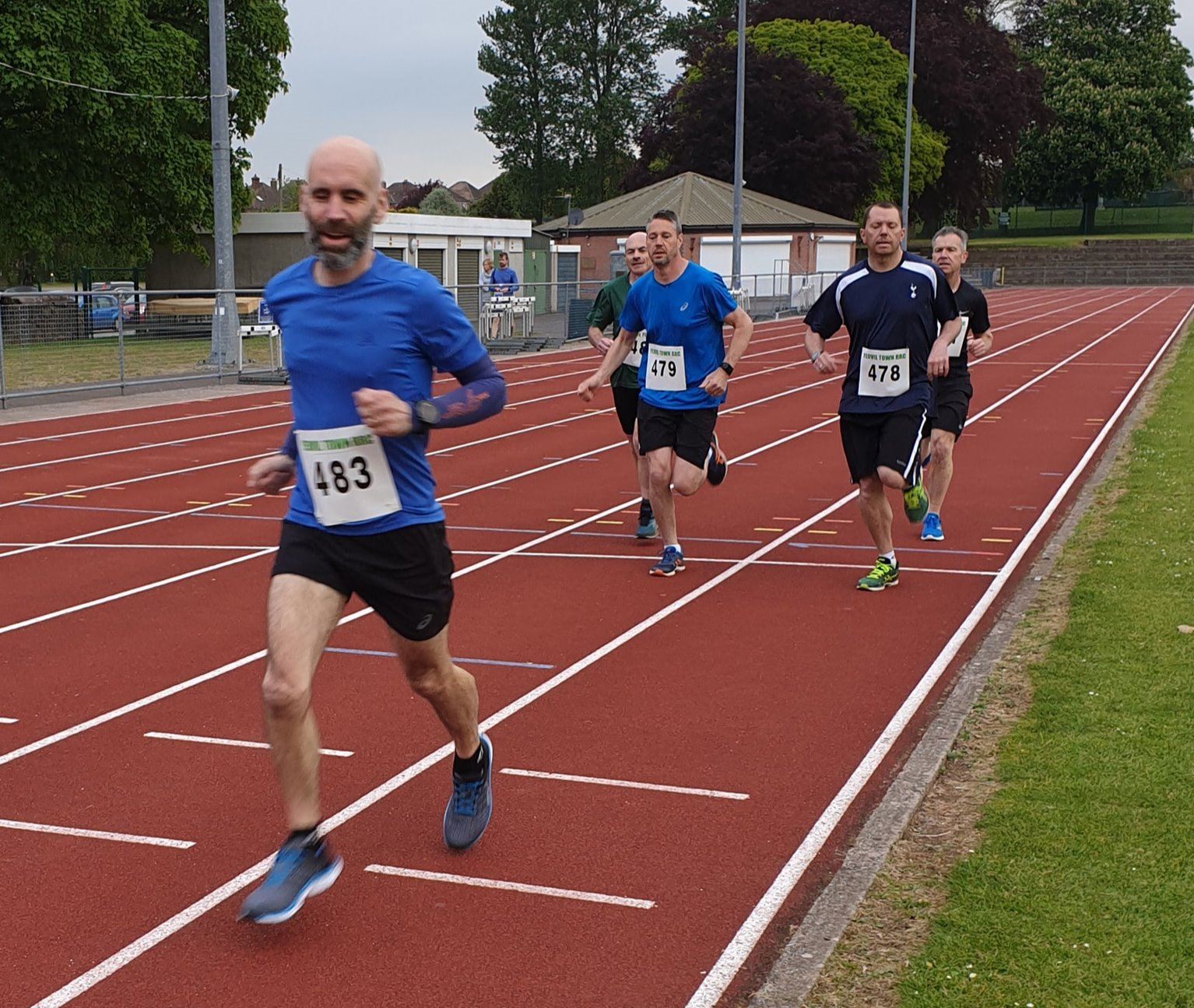 From Els: Beer Blazer 10mile trail race today! Gorgeous place to start at Pecorama taking in parts of the The Grizzly the infamous Stairway to heaven (!) Undercliffs, 0.7km of pebble beach (grim) stunning ancient woodland full of wild garlic and bluebells, steep climbs and then some relief on a mile of downhill road (yes!) Not necessarily in that order! Lovely local race supporting the village school with a good vibe and lots of returning runner's I can see why totally loved it and that's a ten for my hat. 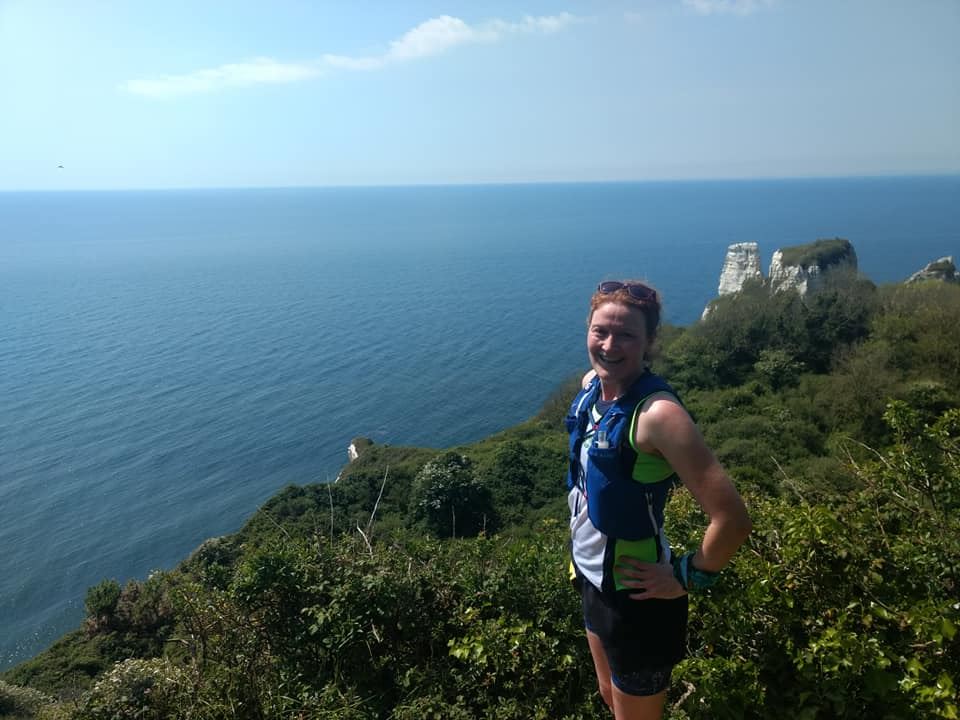 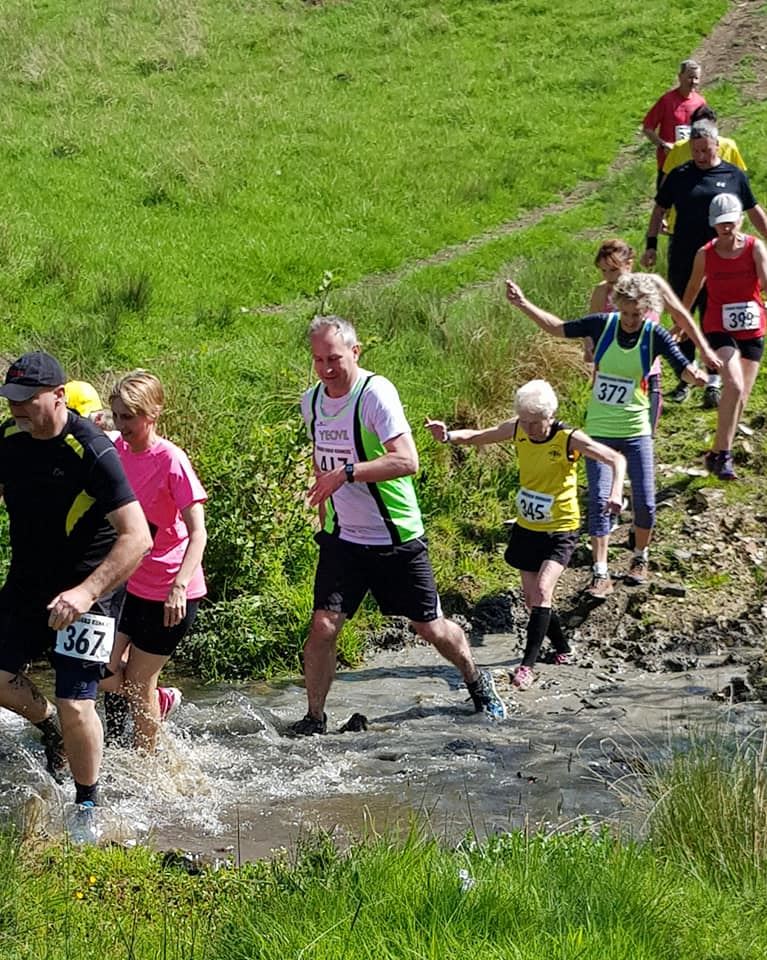 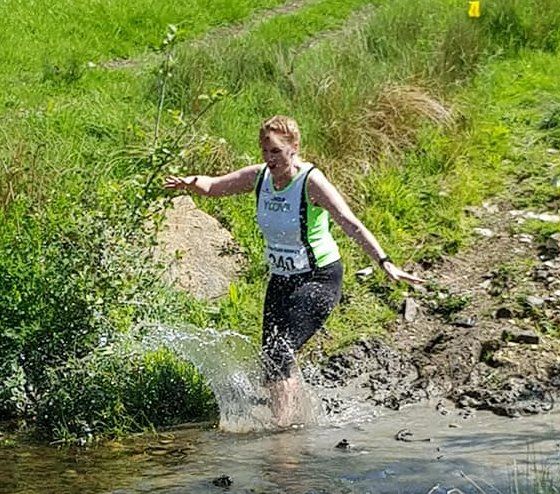 From Kev: Tewksbury Half marathon done ... we are toasted🙄...
Steve Lye did 1:28:53 ... I plotted along ... but included half in an 18 mile run.
39th year running thus really a well-supported event. Great race HQ. Fantastic Marshalls in abundance... several water stations pretty flat ... lots of local villagers out to support route... and a great fast finish with a crowded High St finish.
Highly recommended with T-shirt and medal. 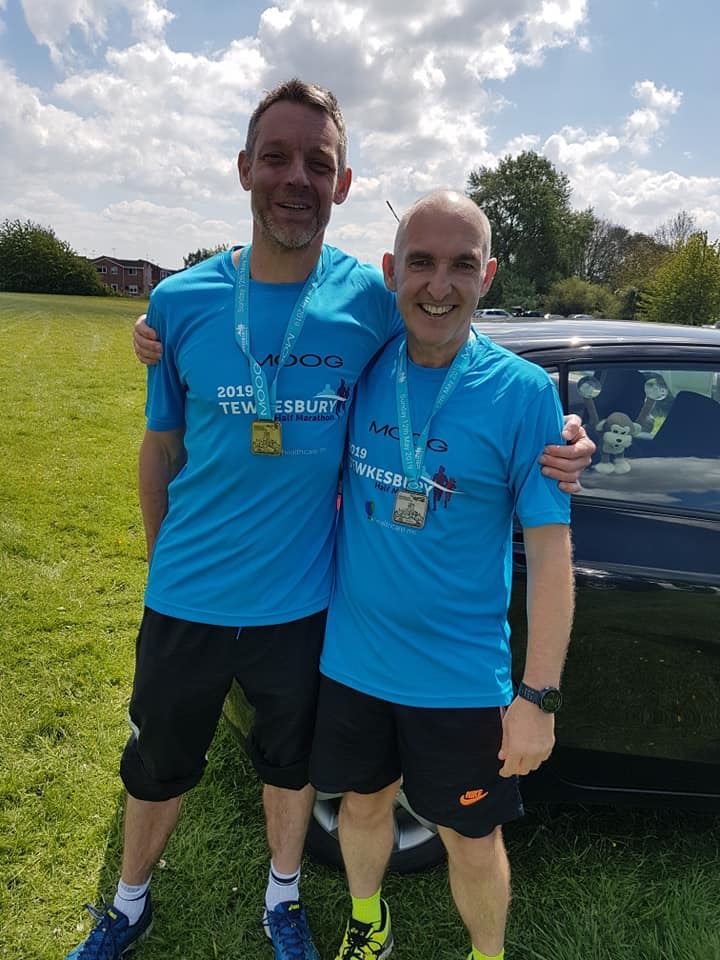 From Anita: The Annual Club Awards Night 2019 Save the date. Last Friday in November At the Haselbury Mill Celebrate with your friends this year's achievements. Save the Date.

Club Half Marathon Coach Trip is going to be the Salisbury Half marathon As voted for by the members. Message Anita for your discount code. Phil will book the coach as usual.

This weekend was the Ox series with Night Run, 50 miler, Frolic and a Half today. Nathen completed the Dark Ox  and came in 4th overall and in the 50 Dan was going for his first Ultra and managed 6th overall so great running from the both of you. In the Frolic we have JC, Chris Woodman, Richard Dodge and me. It was a great event and the weather was good for running even though on Saturday we had lovely sunshine. As with Whitestar a great bit of bling. 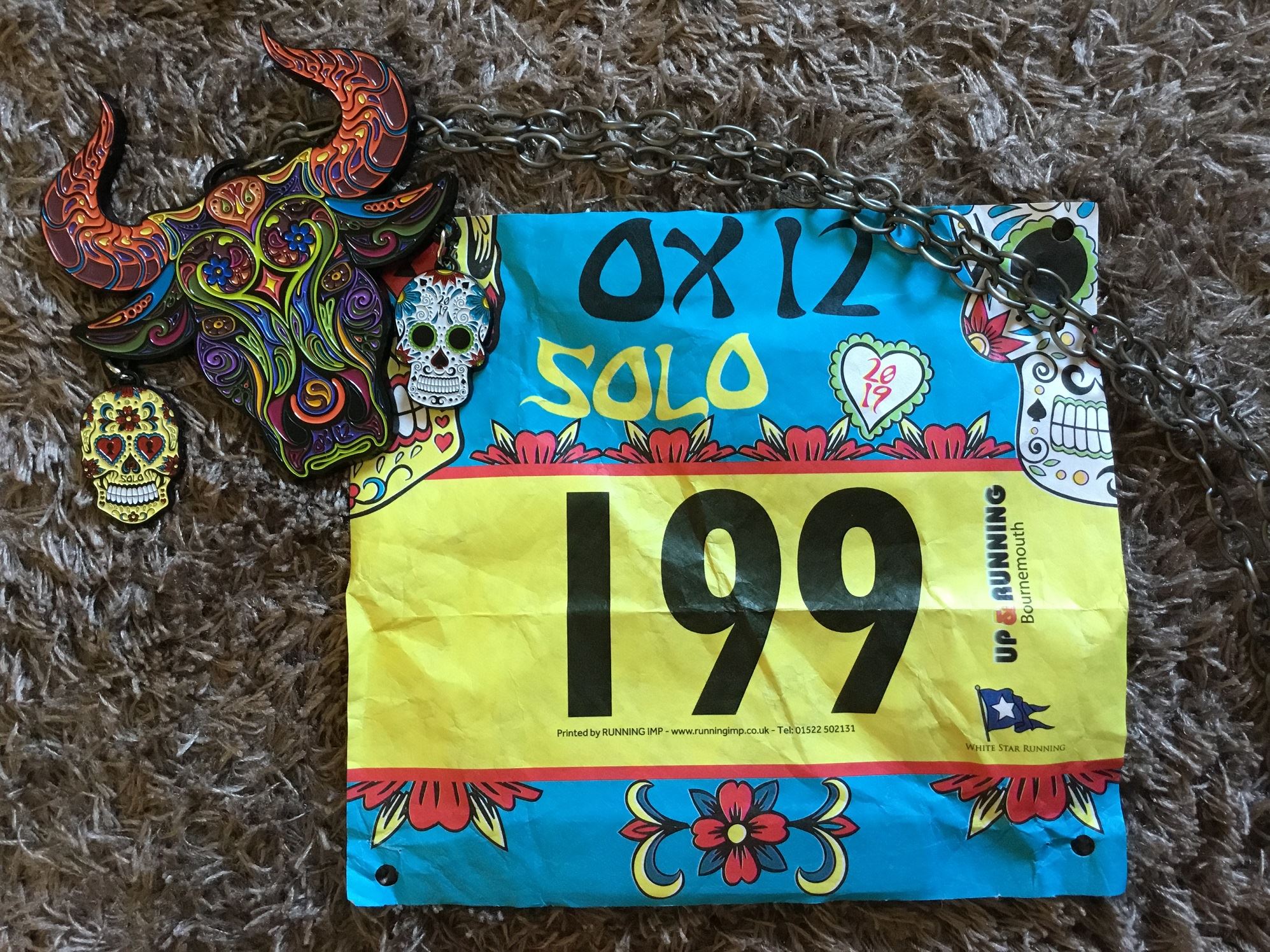 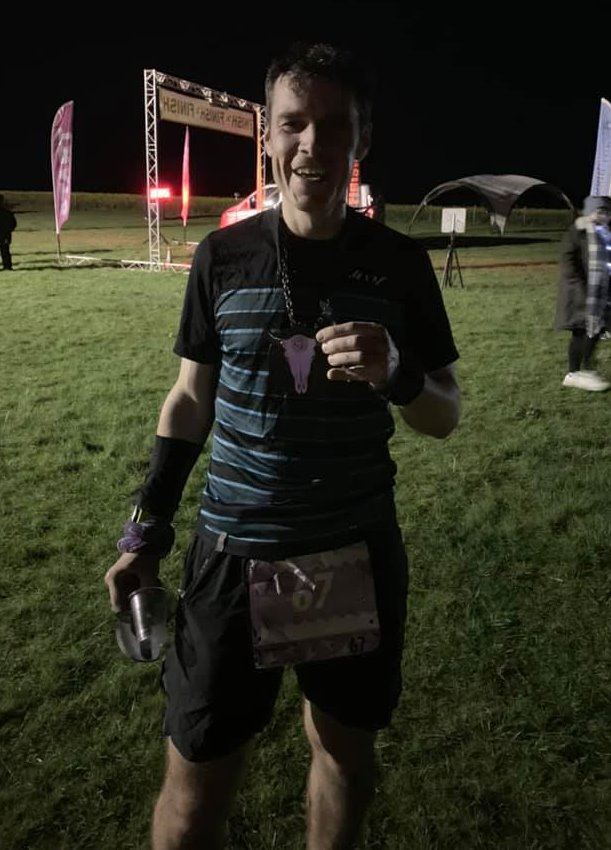 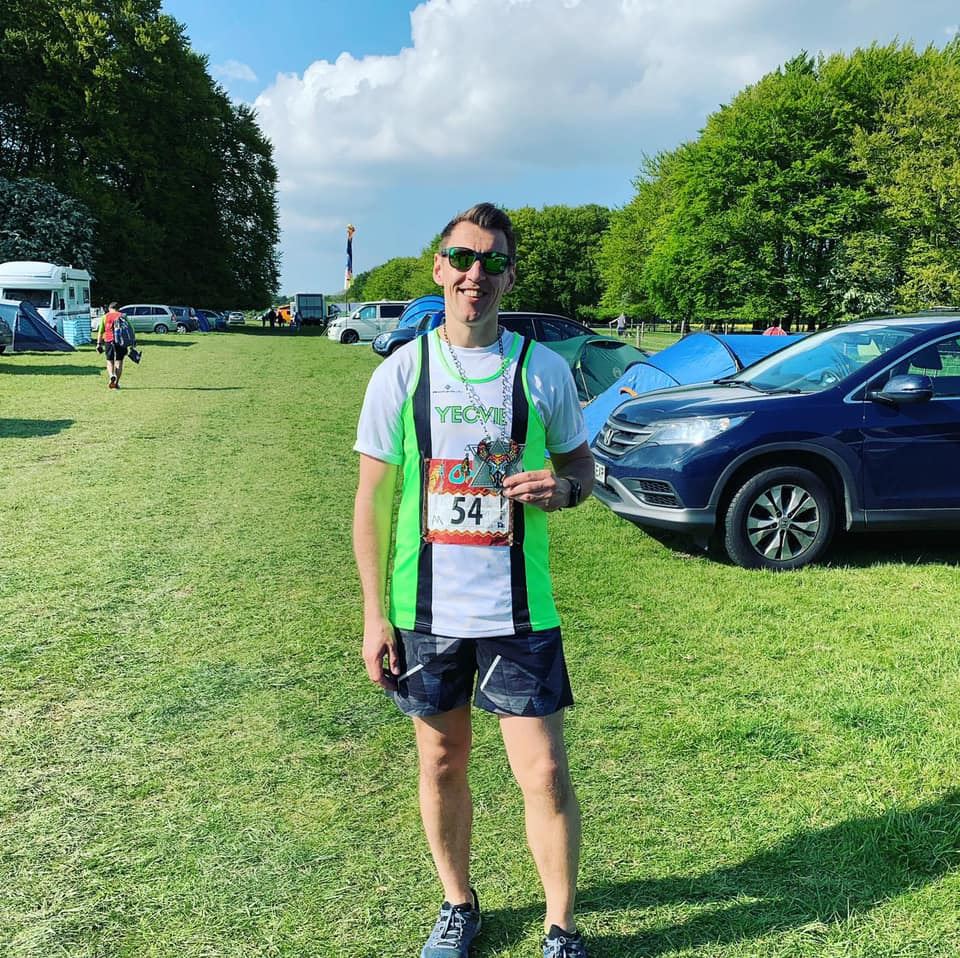 The Ox50 Miler (first ever ultra) run time 8:24 total time 9:30 Where to start, An aabsolute beauty of a location, in some county estate in the middle of know where, I arrived, to HQ after having a fight with my tent for about 10 minutes, I headed off to the beer tent, to embrace the atmosphere of this running festival malarkey. I met some bloke called Luke, he likes to run a bit from Bad boy running (FYB).

Watched Nathan Gardiner run the night Ox drank Cider while waiting for Nathan to finish the race, he came 4th 👍

Saturday morning the start of an epic adventure, met Bungy Williams (legend) 1st 4 laps went well, then stopped off to have a picnic and reload, then went for another 2 laps, bumped in to the swagman Richard Dodge and JC John Curtis for a little chat, before heading off for my final 2 laps.

Can’t lie, totally buzzing but definitely going to feel it later, really enjoyed the whole day, all the runners were so friendly and encouraging, even Andy Parmer shook my hand and said well done, mainly due to Bungy telling him I was mad lol

Anyway off to bask in my accomplishment, by getting quite drunk Peace 🏃‍♂️🏅🍻 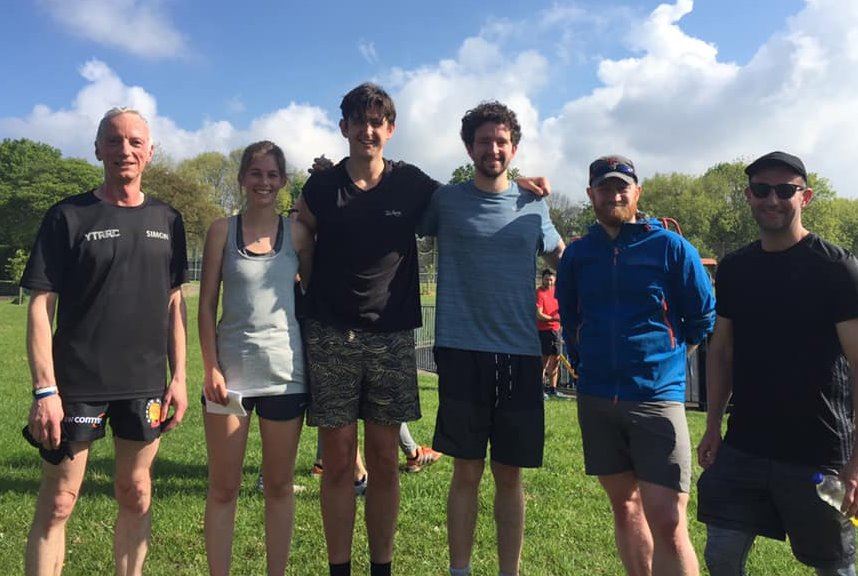 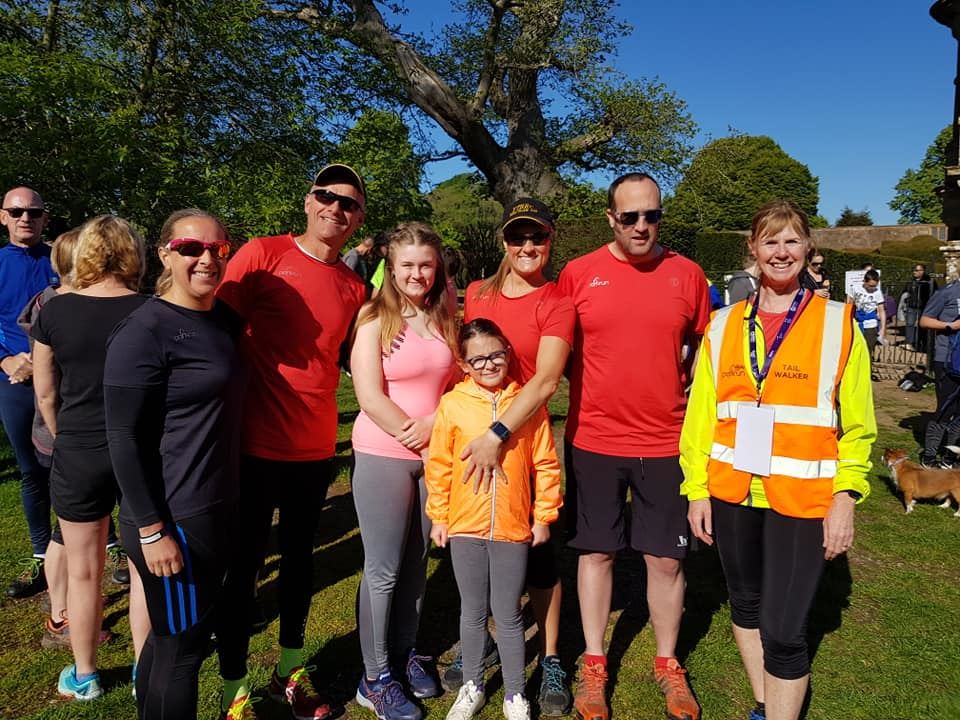 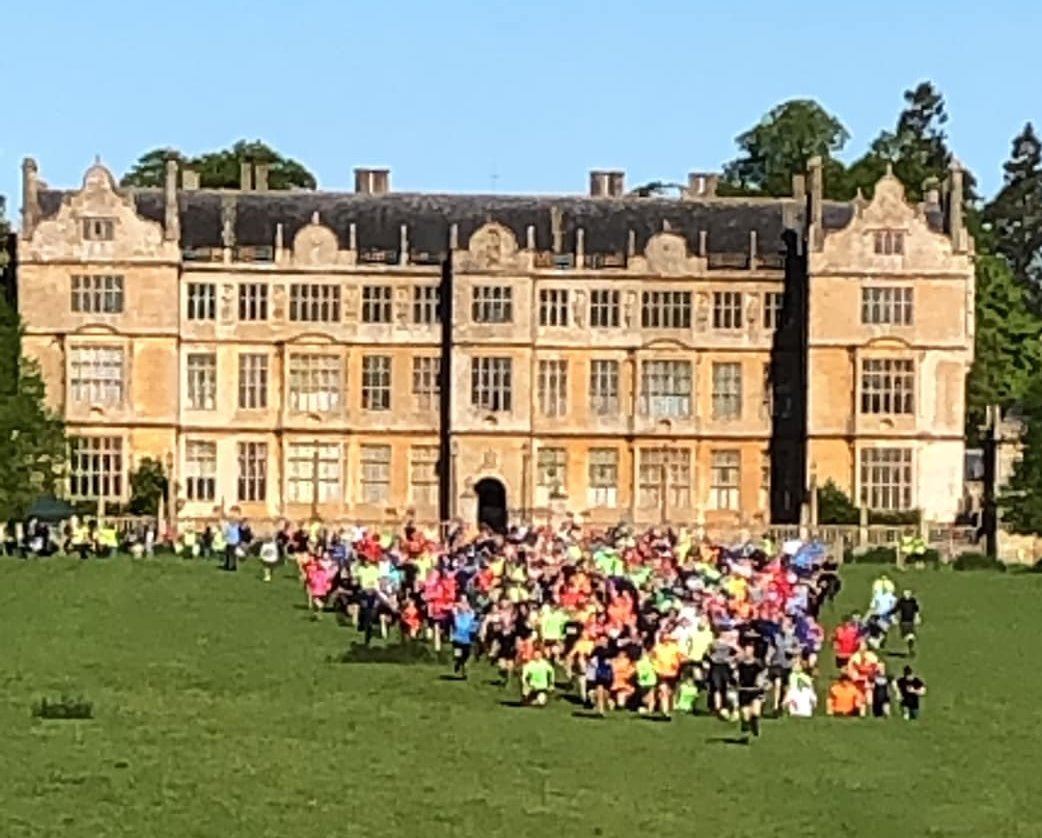 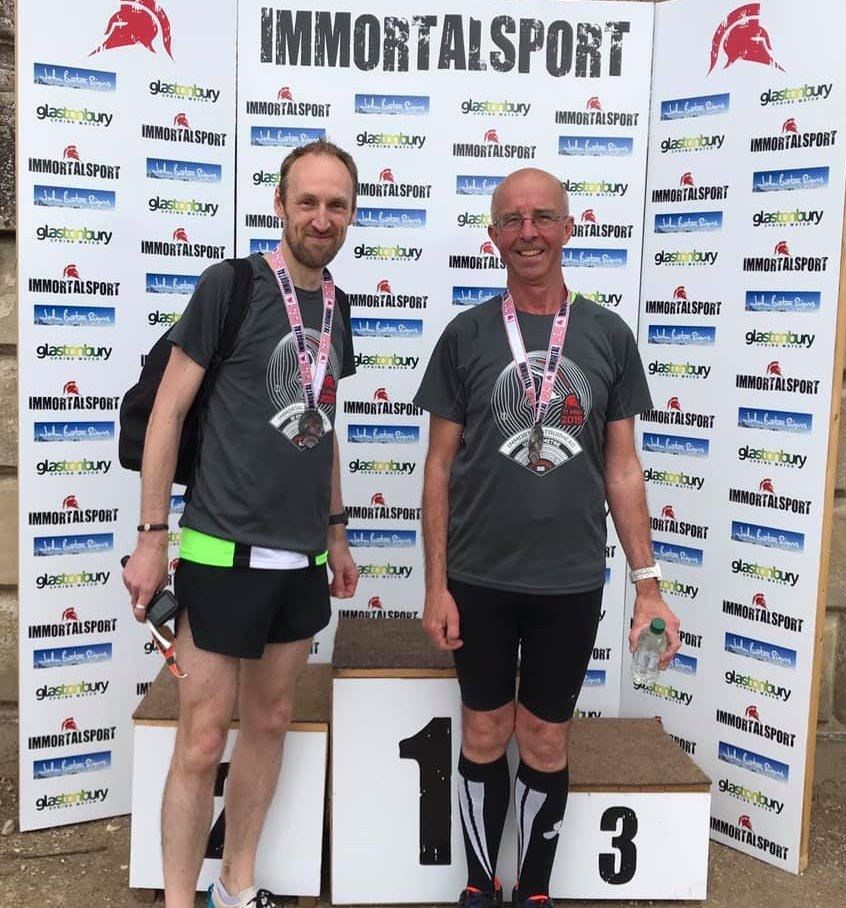 PUB RUN – PITNEY (9TH May 2019) Andrew led a group that started out as eight (Sue, Louise, Alison, Denise, Rachael, J.C. and myself). The conditions were dry, cloudy, sunny and quite cool. From the pub, we ran north to the end of Stowey Road. We then descended down a very steep, very slippery muddy track. At the bottom, we turned left, and then right. At the end, the group split into two. Five of us continued running eastwards along Park Lane. On the right, we passed a gate guarded by two stone eagles. We climbed up Bancombe road and turned right before reaching Somerton. The road took us past farms and bungalows and turned into a track. The bright sun ahead made it difficult to see. A philosophical discussion went from Bats to seeing with sonar, the mechanics of lenses, colour vision, and subjective experience. The track became road once more and we returned to Stowey road. The last leg was back to the pub the way we came out. I’m sure Adam took us round a similar route many years ago now. It’s a great old pub with a good selection of ales and two open fires. Thanks to Andrew and all for another good pub run. 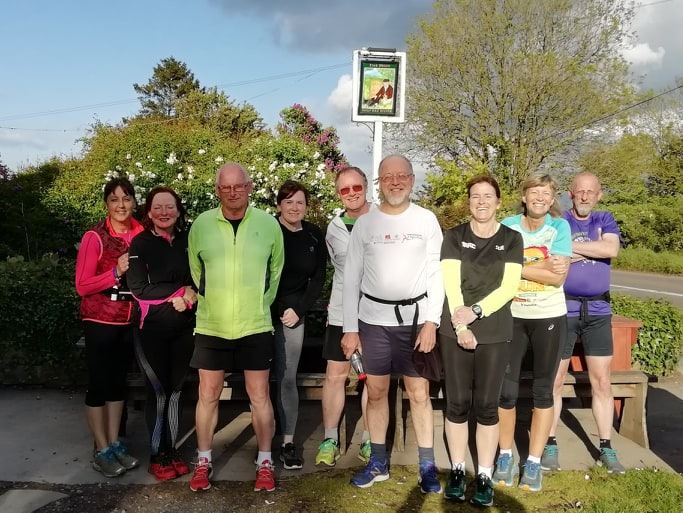