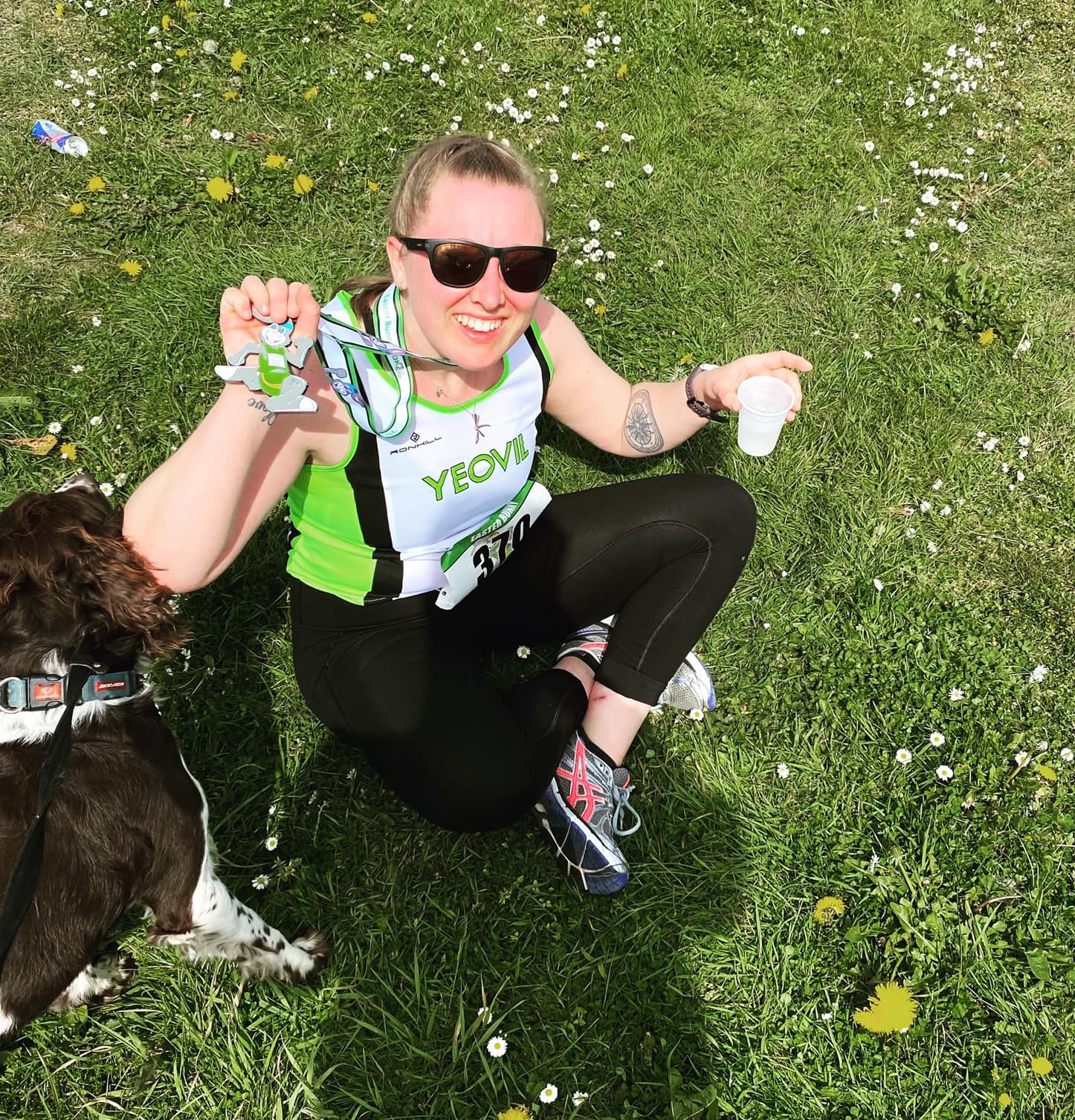 First of all a big thank you to all that helped with the Clubs first big Race back for a couple of years. We did have a few issues that we need to address to keep EA happy but overall the comments I have had have been excellent. It has been a long weekend getting all the kit checked and the Nuffield cleaned up so we were ready. Thanks to those that set the course up, all those that made or donated cakes, unwrapping the medals, the marshals and two spot on Pacers, it all made the day work. Such a great Club effort so well done all. 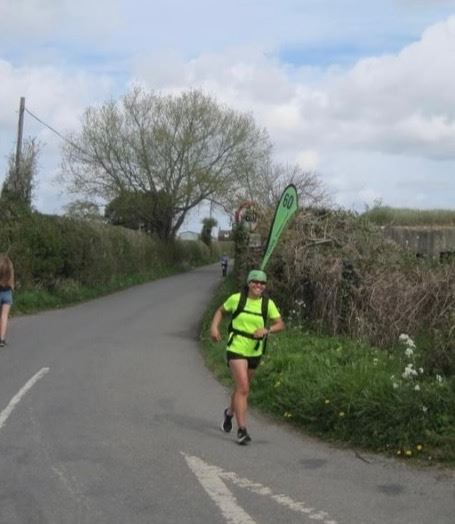 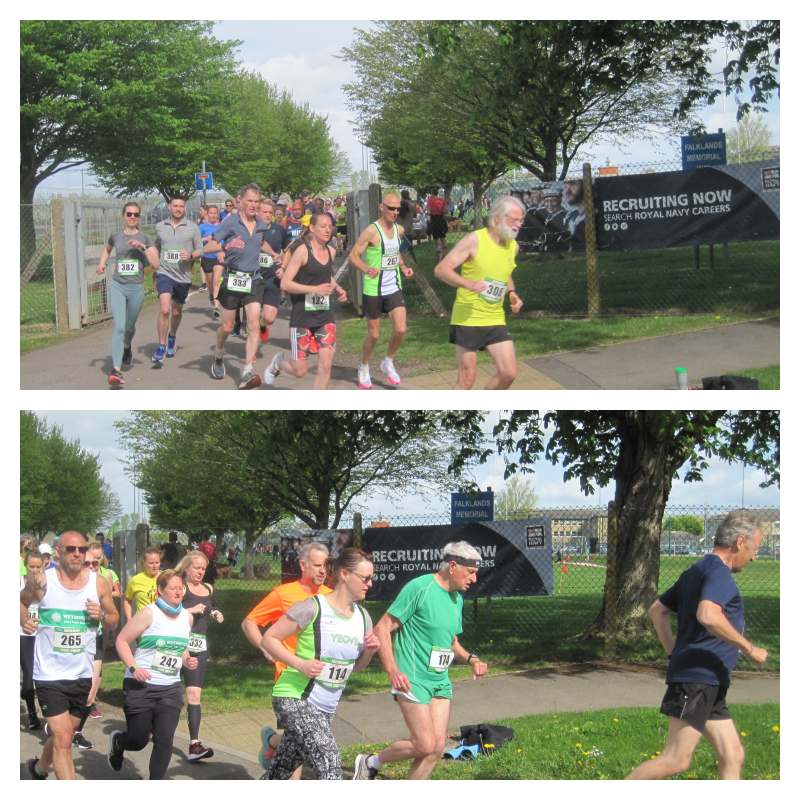 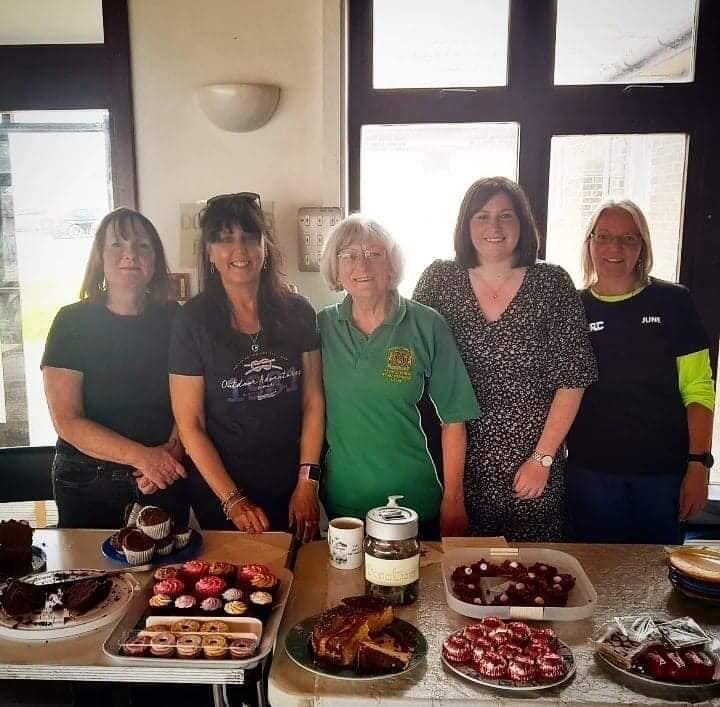 A fabulous £430 was taken in contributions today for club funds . 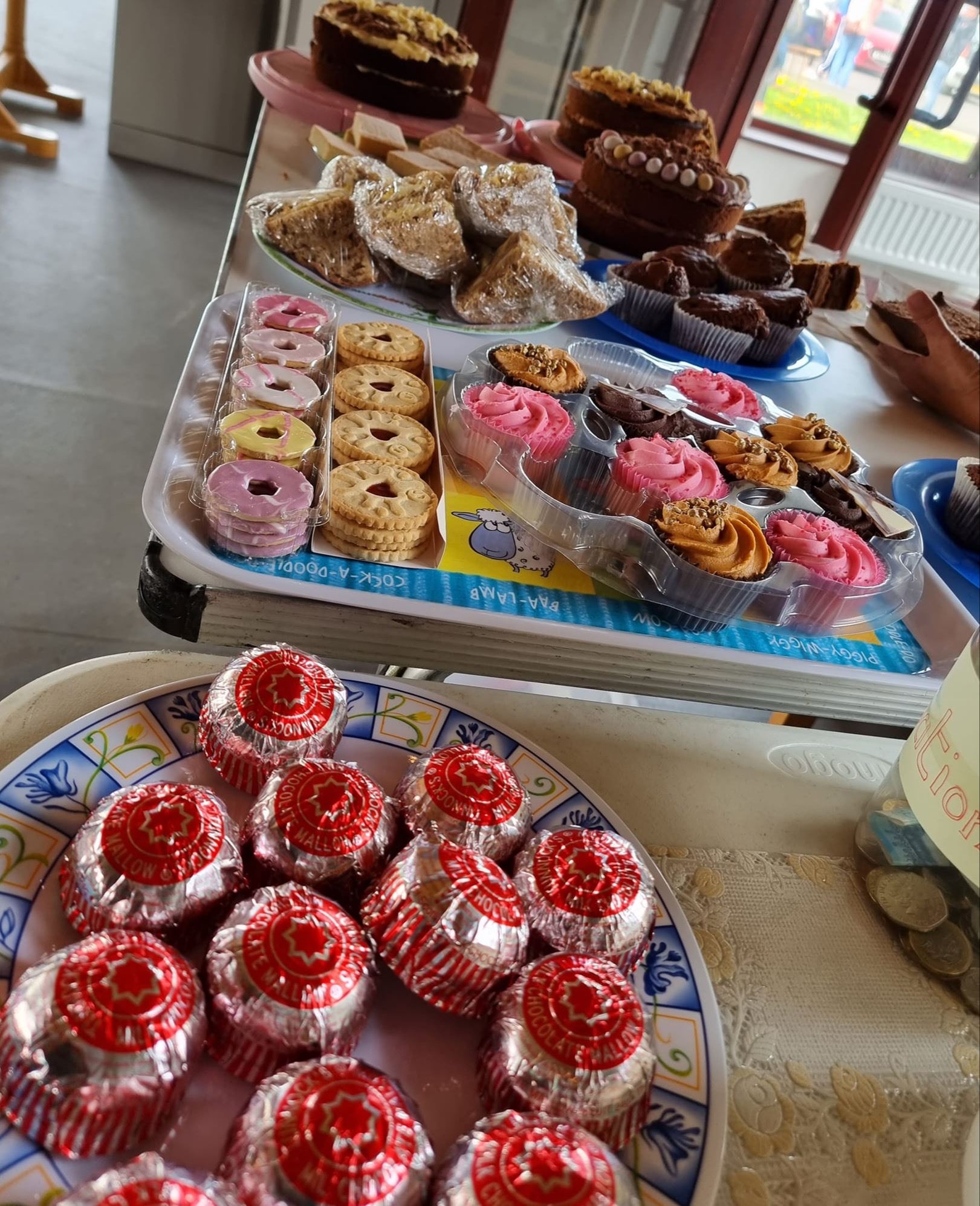 Of course the job his not done till trailer is packed back up and the Nuffield left in a better state than we took it over and finally the trailer back at its home at the Football Club. None of this happens without us all pulling together. We are hoping to get the 5k's up and running if we get MoD permission form the 2nd Wednesday in June, July, Aug and Sept, this will only work with the same great effort we had today.

From Phil: As instructed by the committee the Clubs Annual General Meeting has been arranged for Tuesday 24th May at the Red House on the Dorchester Road.

The meeting will be conducted in accordance with the rules laid down in the Club Constitution which is published in our Website.

From Mark:  Strawberry Fields marathon series 4 in 4. A disappointing 2nd place finish for the series.

At the same event Anita completed her 100th Marathon to make 5 club members that have hit the target. Well done and welcome to the Club. 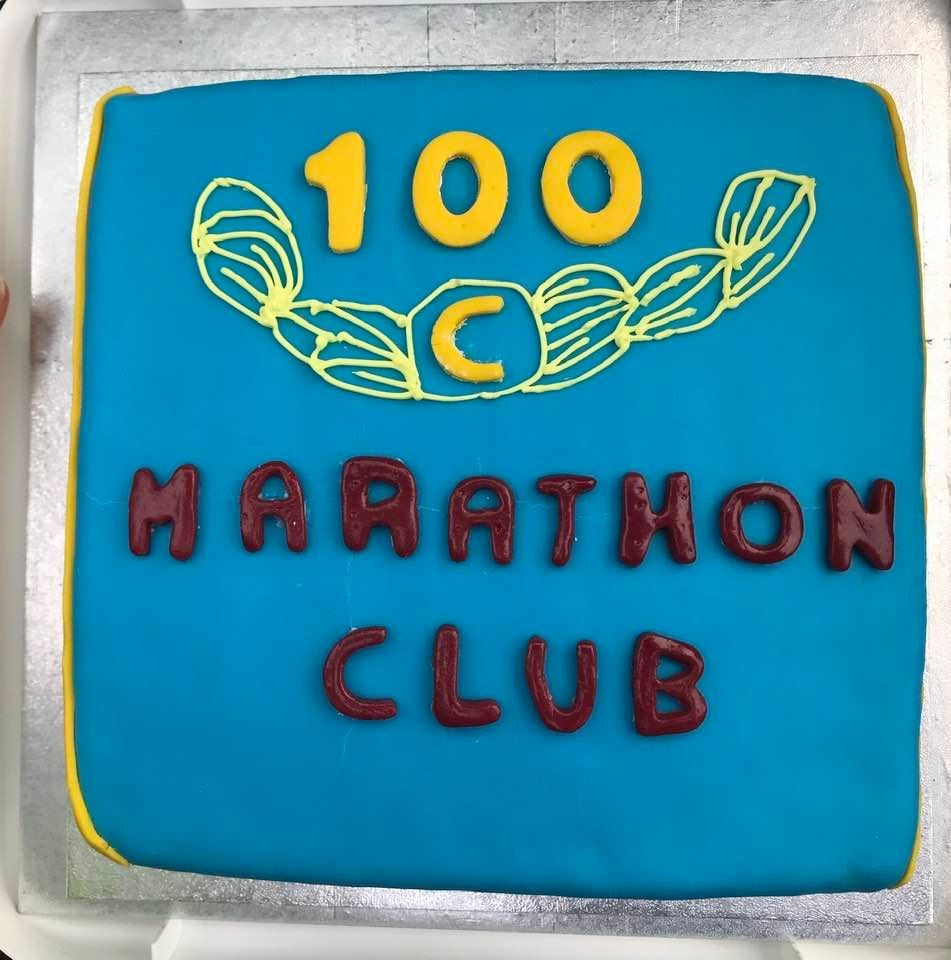 From Lesley: Boston Expo done yesterday. So I guess we have to run the marathon now. Lovely to bump into Simon and Nikki, fellow Yeovil runners, where we helped each other spend money in the Adidas store. 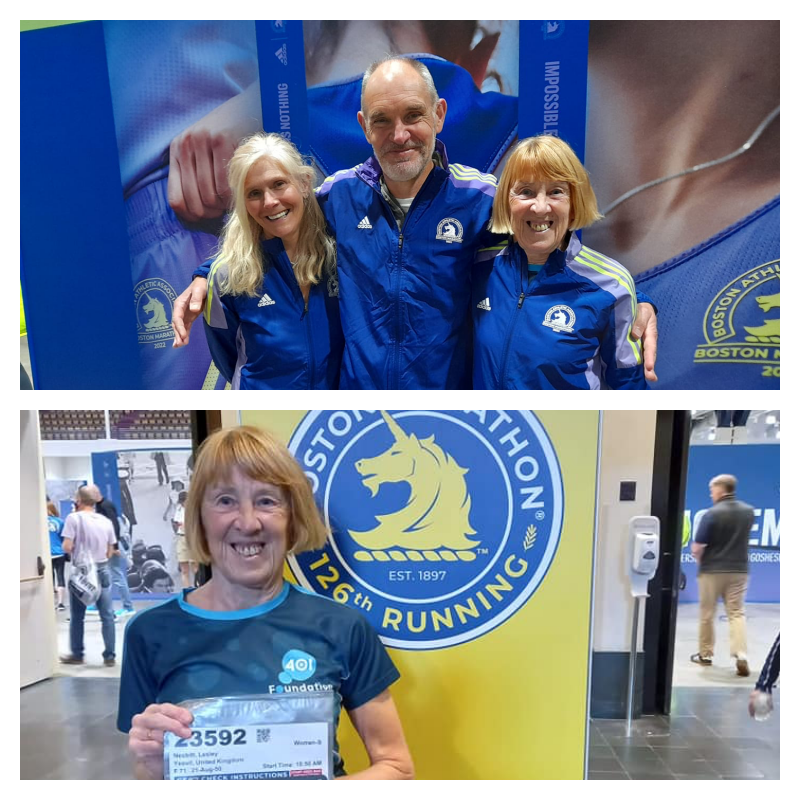 Beyond Jurrasic Trail Marathon / Half / 10k

Good news! I’m only doing half along with Jo and David Waring (first club race for him) Bad news! Marathon runners get a head start – off go Kirsty Norman, Magdalena and Leigh Parsons. Good news! We’re all off running downhill towards West Bay. Bad news! First hill is Westcliff, but its not so bad, a least its not an actual cliff! Good news! We drop downhill nicely into Lower Eype – well this is just dandy! Bad news! Some berk has put Thorncombe Beacon on the route, it’s basically a wall. Good news! I’m ahead of David and on the route downhill again. Bad news! David has overtaken me as I needed a nature stop. Good news! We’re heading downhill into Eype again.

Bad news! Here come some nutters on the marathon, already on their second lap. Good news! Its Maggie and Leigh jauntily trotting along without a care in the World. Bad news! I’m going over Westcliff and they’ve put an extra loop in. Good news! More like it, I’m returning down the cliffside into the town of West Bay. Bad news! It’s the turnaround point, off back up Westcliff on Lap two! Good news! Here come Jo Henley Bad news! She’s already gone wrong once…let’s hope it doesn’t happen again…(it does)

Good news! Kirsty is going strong on her second lap of the marathon, although pausing now and then for photo opportunities. Bad news! I’ve come to a stop on Thornecombe Beacon Hill – the legs have said “no!” Good news! It was only a pause, look at the view and off again…David is in sight! Bad news! David is no longer in sight. Good news! Here comes Eype again. Bad news! Oh yeah, the hill out of Eype again.

Good news! I’m done! Best news! Magdalena Golebiowska won ladies overall marathon. Leigh Parsons 6thmale overall marathon. David Waring first YTRRC in the half marathon, with Matt (me) second. Joanna Henley first YTRRC lady in the half marathon followed by Kirsty Norman who sensibly switched from the full. This is a stupid event with over 2000ft of elevation for the half. Anyone who wants to do this event is plainly weird and daft. Jo and I are doing the 10K (one loop) again tomorrow (Sunday) while the heroic Maggie and Leigh are doing the full marathon again! No pressure Maggie, but I expect another win! Race entries can be done on the day, so if you’re fool enough… 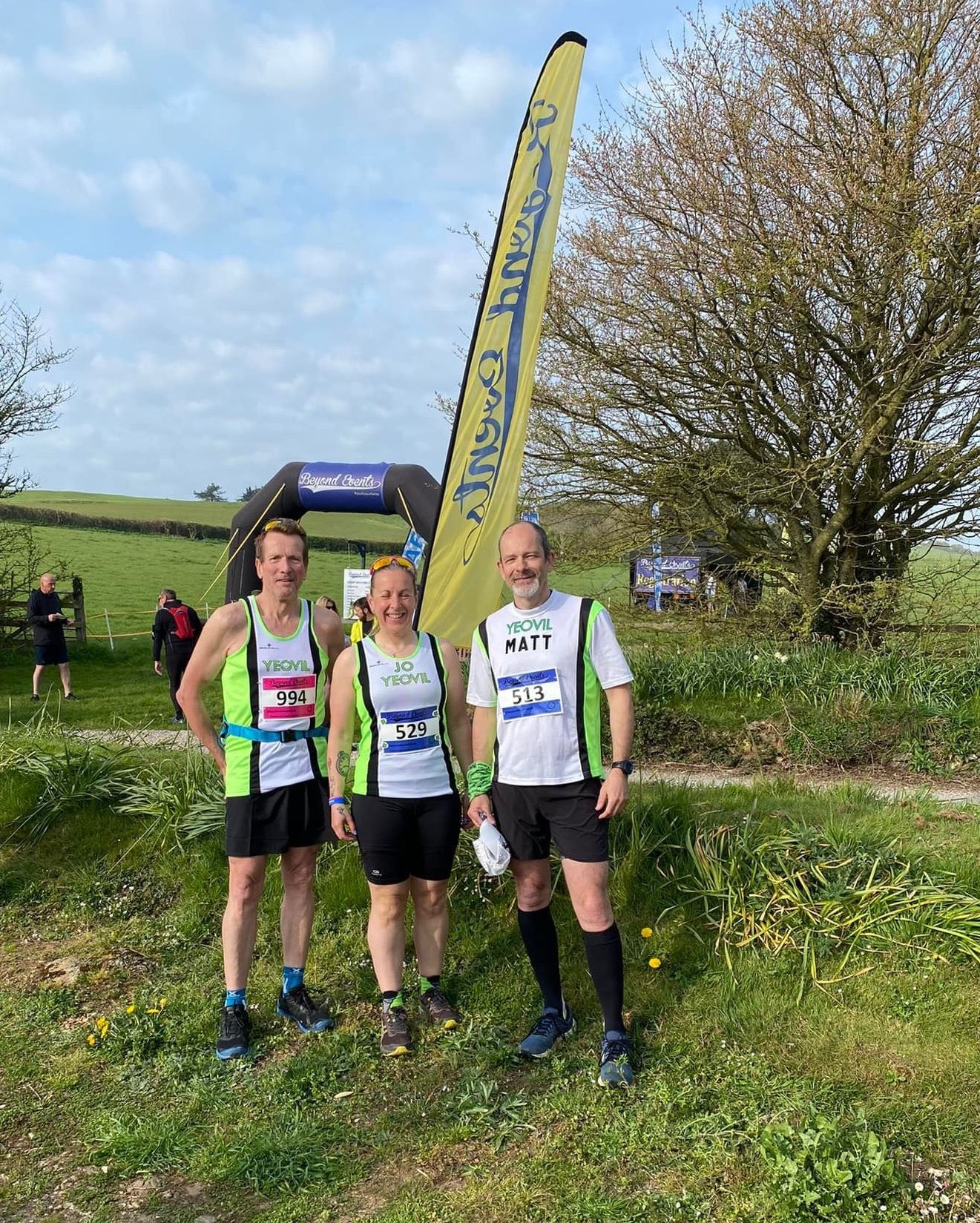 From Mags: Beyond Jurrasic Trail Marathon done! 1st Lady for me and 5th overall with Leigh coming 6th. Super hilly, perfect weather, amazing views and fantastic organisers Looking forward to do it all again tomorrow. 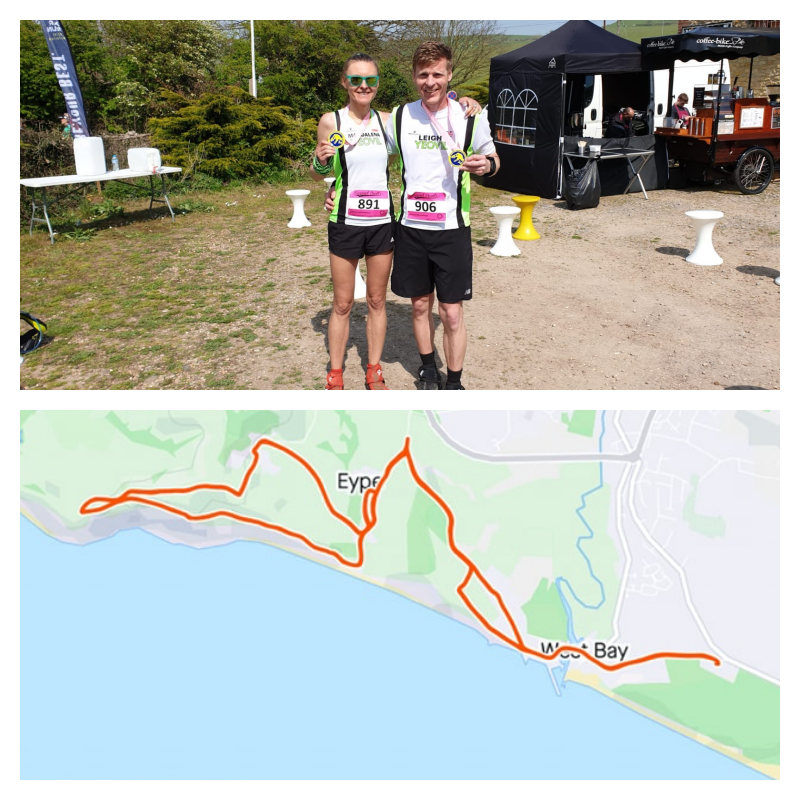 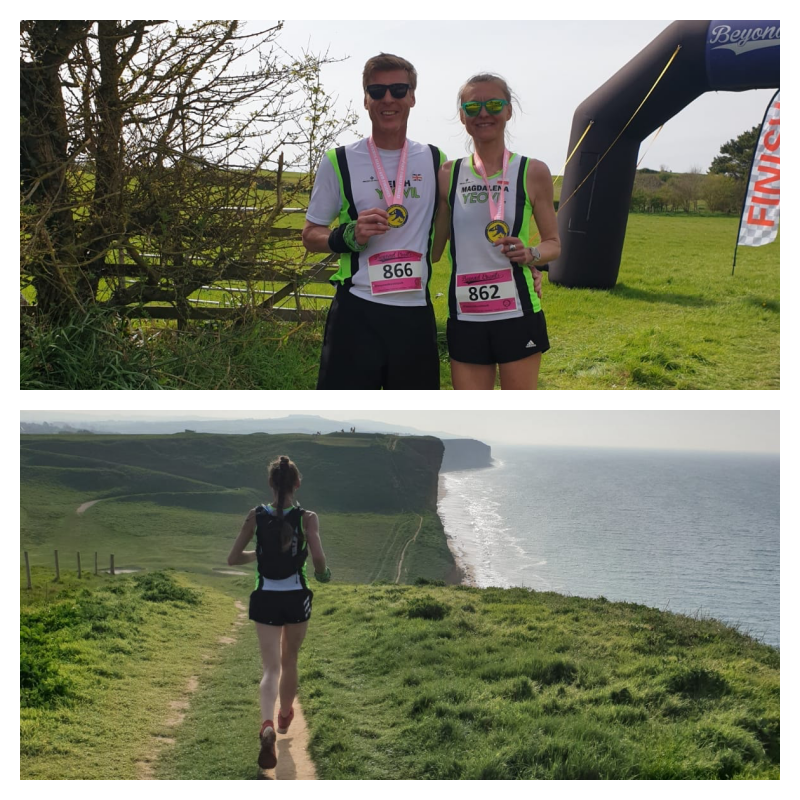 Matt's handsome twin (the one without the devilishly handsome goatee) sped off, then was knackered on the first hill. Joanna Henley caught up. We both wondered where the route went. West Bay to Hive beach and back via lots of steep hills. Matt 8th overall in 1:02:18, Jo 14th (4th lady) 1:06:47 - both firsts for YTRRC.

Magdalena Golebiowska got the double win in both Sat/Sun marathons, Leigh Parsons knows how to keep her happy, by trailing in just behind - amazing runs from them both (flying feet in the pic). Magdalena Golebiowska is top of Strava for elevation - Yay! I'm still knackered. Lesley Nesbitt, we all really earned the points! 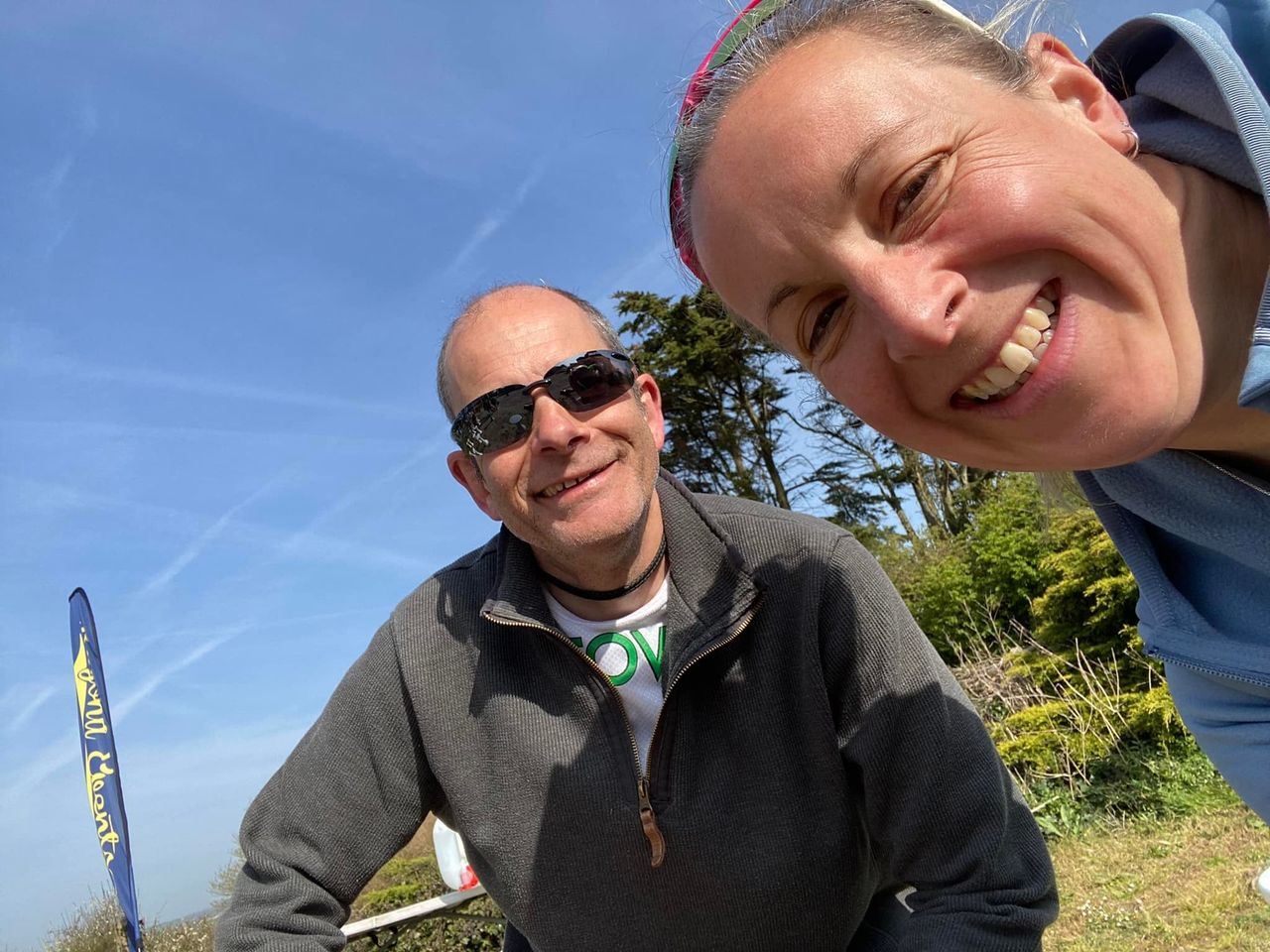 From Gas: Frogmary Parkrun this morning. My 21st, my daughter Megs first . I was her water carrier & pacer. Of course made sure she beat the old man . Well deserved cuppa & brownie afterwards. 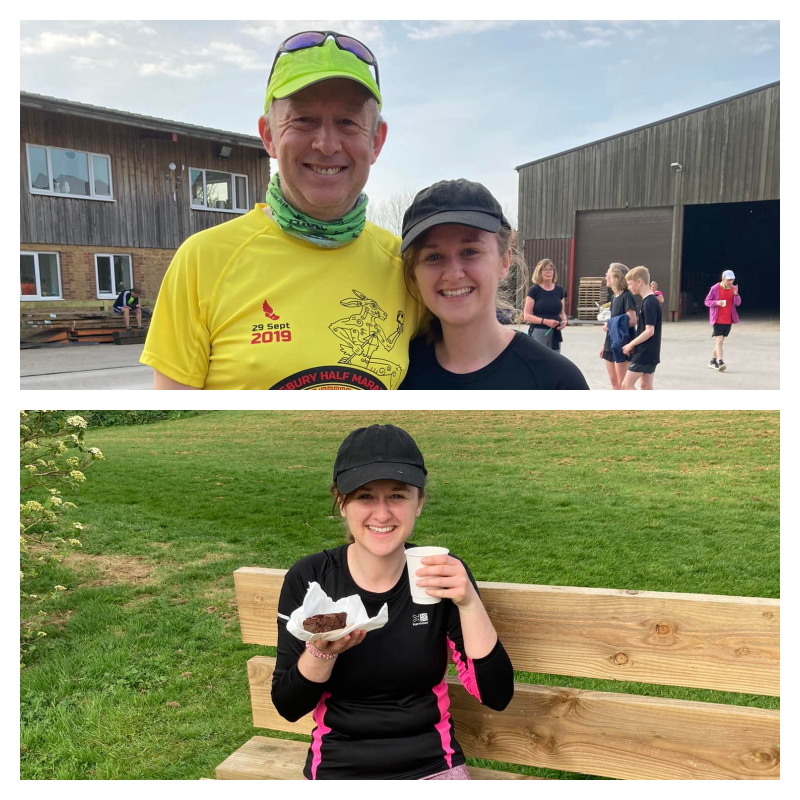 From Mark: The first warm evening after a week or so of cold. It was Sue’s run (planned and led), and the others were June, Mel, JC, Paul and myself in the not so fast group. Leaving the pub, we ran up to the church with its tall octagonal tower and 13 bells (pull the other one), and ran along side of it. A path and field took us up to the road leading to the A303 which we crossed over. At Watergore we turned left crossed fields and ran along a path to the end of Over Stratton. We followed the paths north of South Harp, turned right at the road and ran to Lower Stratton. At the footpath on the right we stopped for a photoshoot under the monkey puzzle tree. Continuing we crossed several fields following the River Parrett Trail. At the Garstone lane track we turned right, crossed a road and continued along the Eggwood lane track. Turning right and crossing more fields we entered the Mill and industrial buildings at Lopen, where there was also a large disused chicken hut. Bypassing Lopen to the left we crossed fields and followed paths until reaching the lane called South Harp again. Turning left then right we climbed a steep path and entered an orchard with caravans. Turning left then right we ran down a field back towards Watergore with beautiful sunlit views. We ran round the back of Watergore passing ancient stone houses and a farm. We followed the lane crossing the A303 and ran back down to South Petherton. Thanks Sue for a wonderful mostly off-road route incorporating parts that were familiar and unfamiliar to me. Thanks all and Phil for organising.

From Lesley: I need at least one more participant to guarantee the discounted entry fee of £16 for the Charmouth Challenge on Saturday 2nd July. It's a lovely 8 ml race at the seaside where you can stay on and have a swim  in the sea and. of course, an icecream . Please let me know ASAP if you are interested. Entries close at end of April. www.charmouthchallenge.co.uk