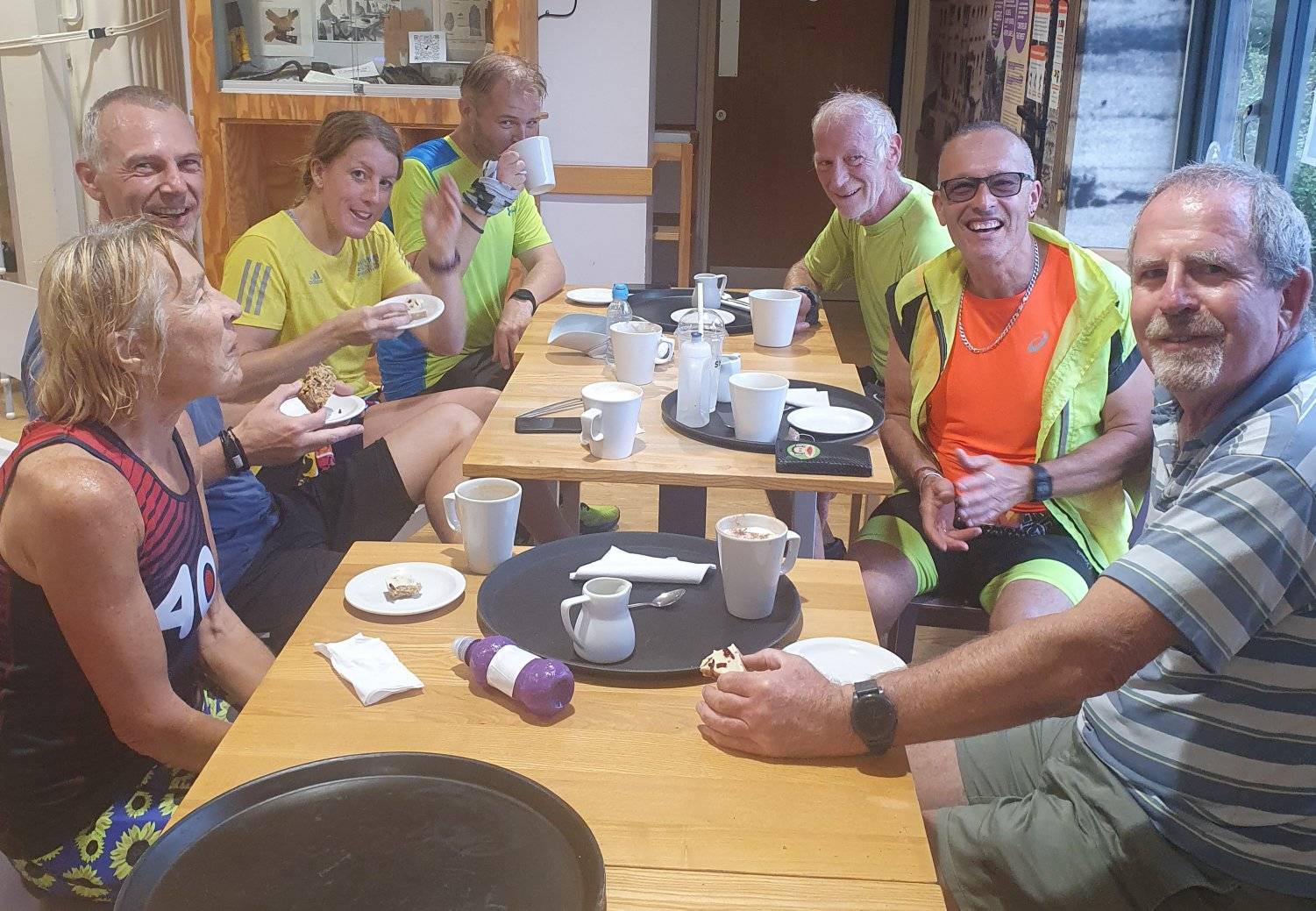 From Ashley: Longest training run in the bag, and it wasn't all that bad. Thanks to the gang for their company and helping me get round (Tim, Helen, Lesley, Paul, Andy, Nat, Mandy, Rob and Mick) Only 3 weeks to go to the big day! 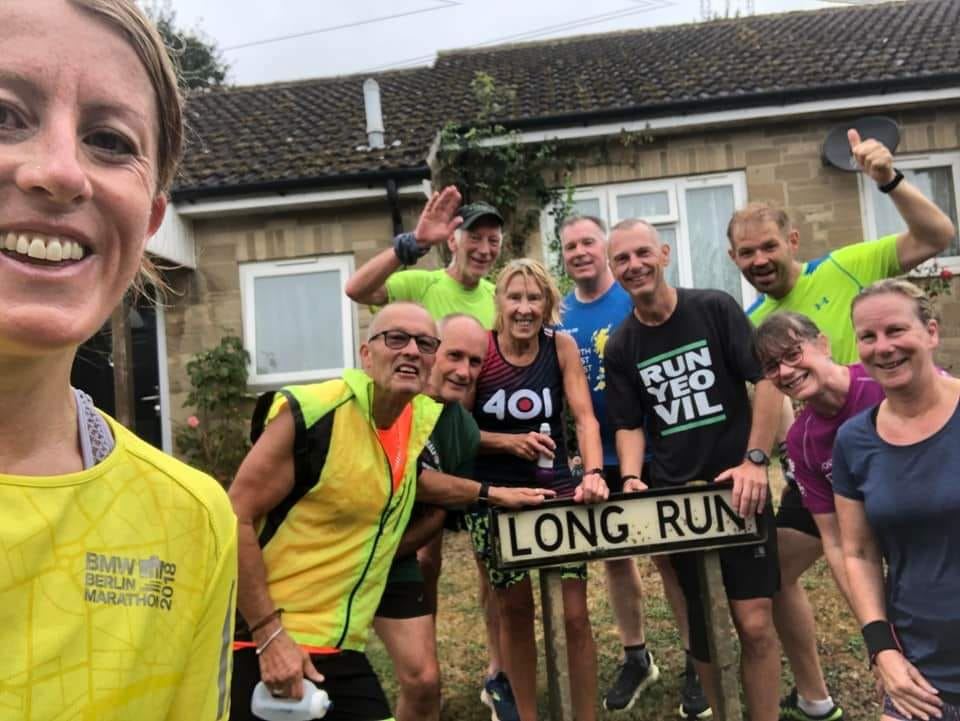 From Adam: At Weymouth Park Run this morning for run and swim 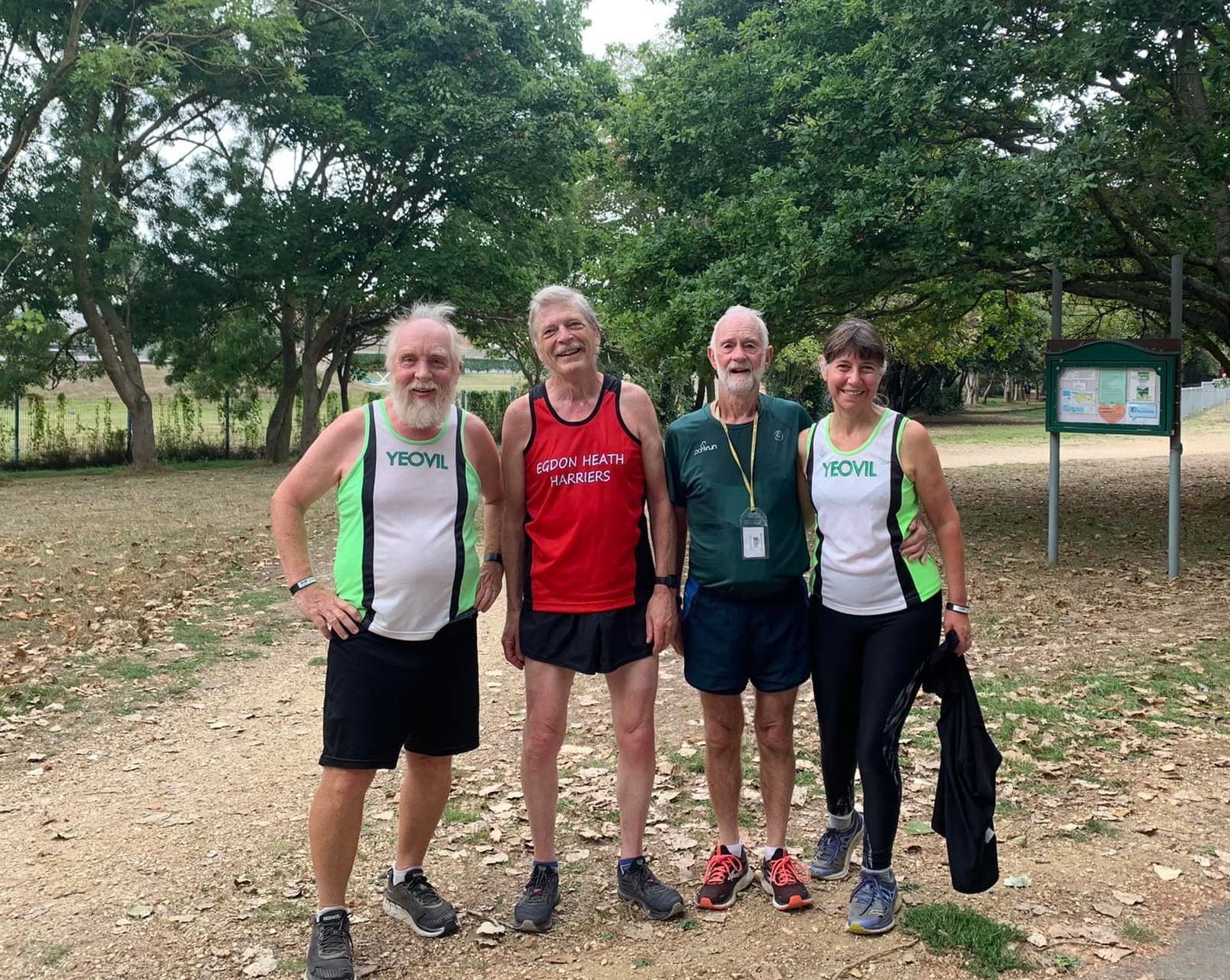 From Ali: Frogmary farm park run this morning. A shower when we arrived but a dry cooler run than last week. 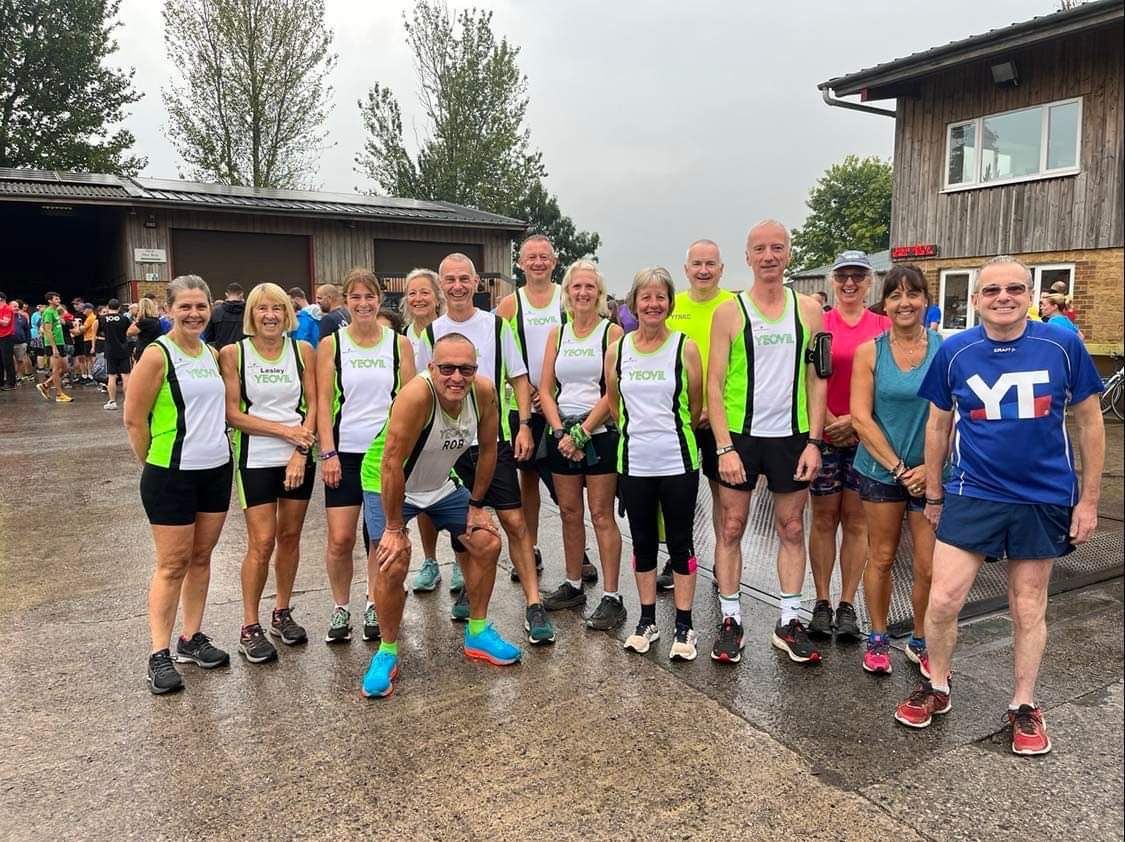 From Steve: Linda Membury on her 1st park run at Amersham 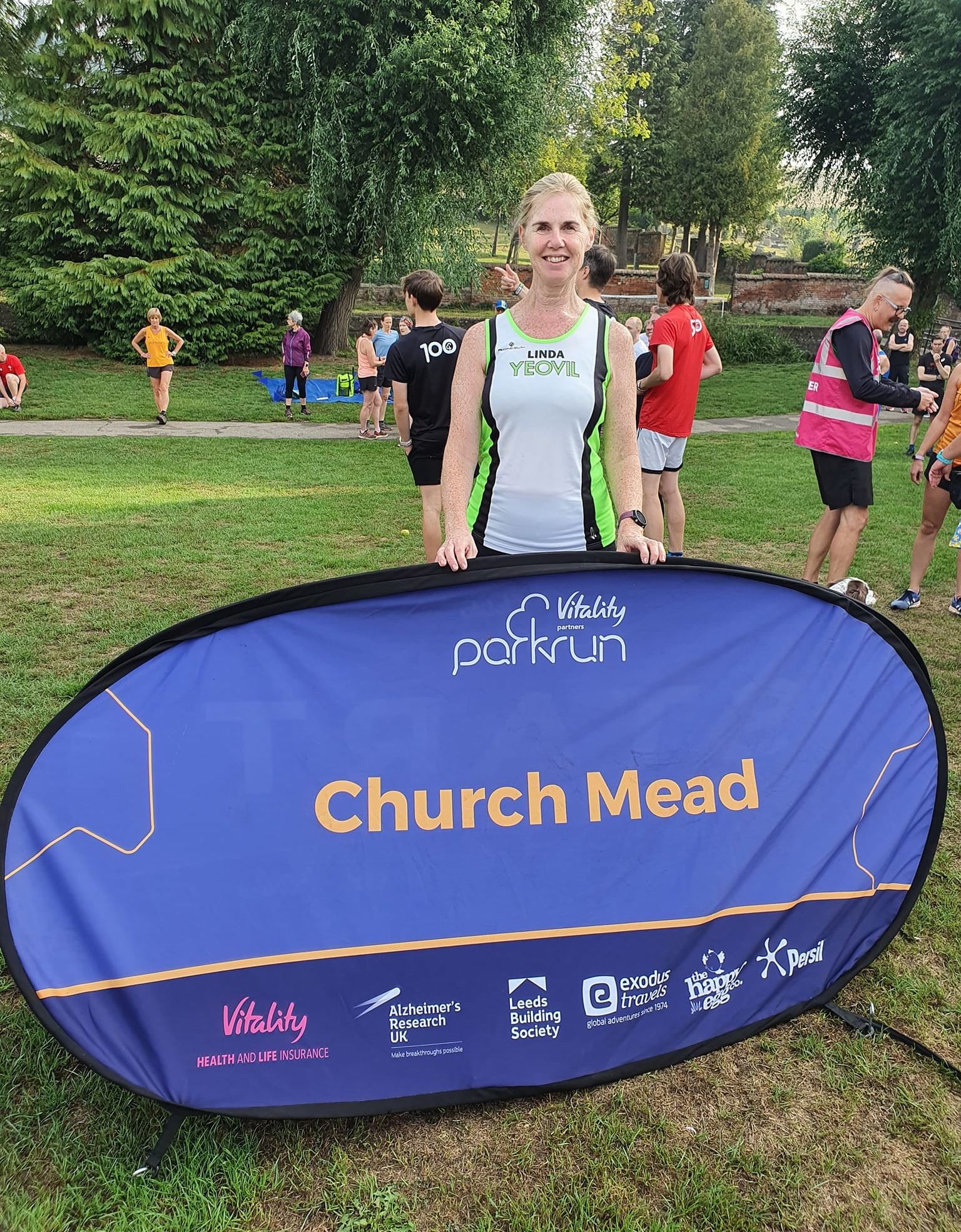 From Mark: Sue planned and led for the not so fast group which was made up of Mel, Sue, Louise, Paul, Andrew, JC, Laura, and myself. We ran across fields to the east and south of the pub and came back into the village. We ran down Chessels lane past the works, and then down a track called Ridgeway Lane. Turning right before the Fosse Way we then ran across fields to Lytes Cary. We crossed over and continued down an undulating lane. After stopping for photos we turned right and ran up a stony track. Turning right we ran along Wood Lane and into Kingsdon Wood. After leaving the wood we turned right and entered a large field with stubble. Running across the field, we were the naughty group tonight because we got told off for not sticking to the footpath. However looking at the OS map now, the public right of way is shown going diagonally across the field rather than along the edge. So we might not have been so naughty after all? We continued across another field and came out on the road to Somerton near Rookery Farm. A footpath on the left took us past the Court and into Charlton Mackrell. We continued along a track and then a field with sheep on one side and excited horsed on the other side. Turning left we ran past the church and followed the road back to the pub. With the fast group and walking group we all sat round a big table for the meal afterwards. Thanks Sue and Phil for organising. 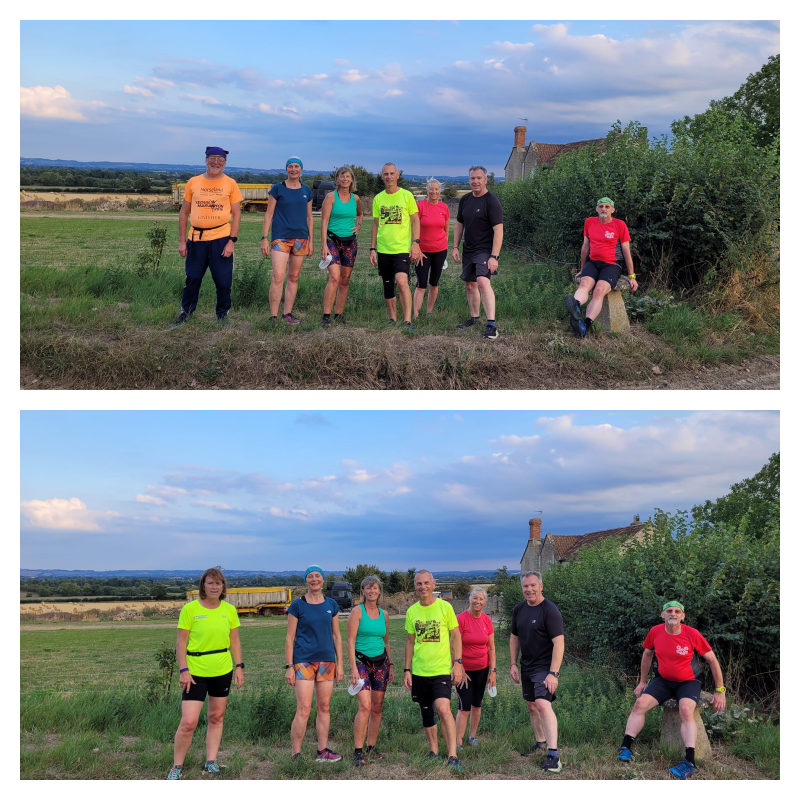 The Club have a What's App Group for the Committee to get info to to you, it is one way only tp reduce the pings and messages will be kept to a minimum. 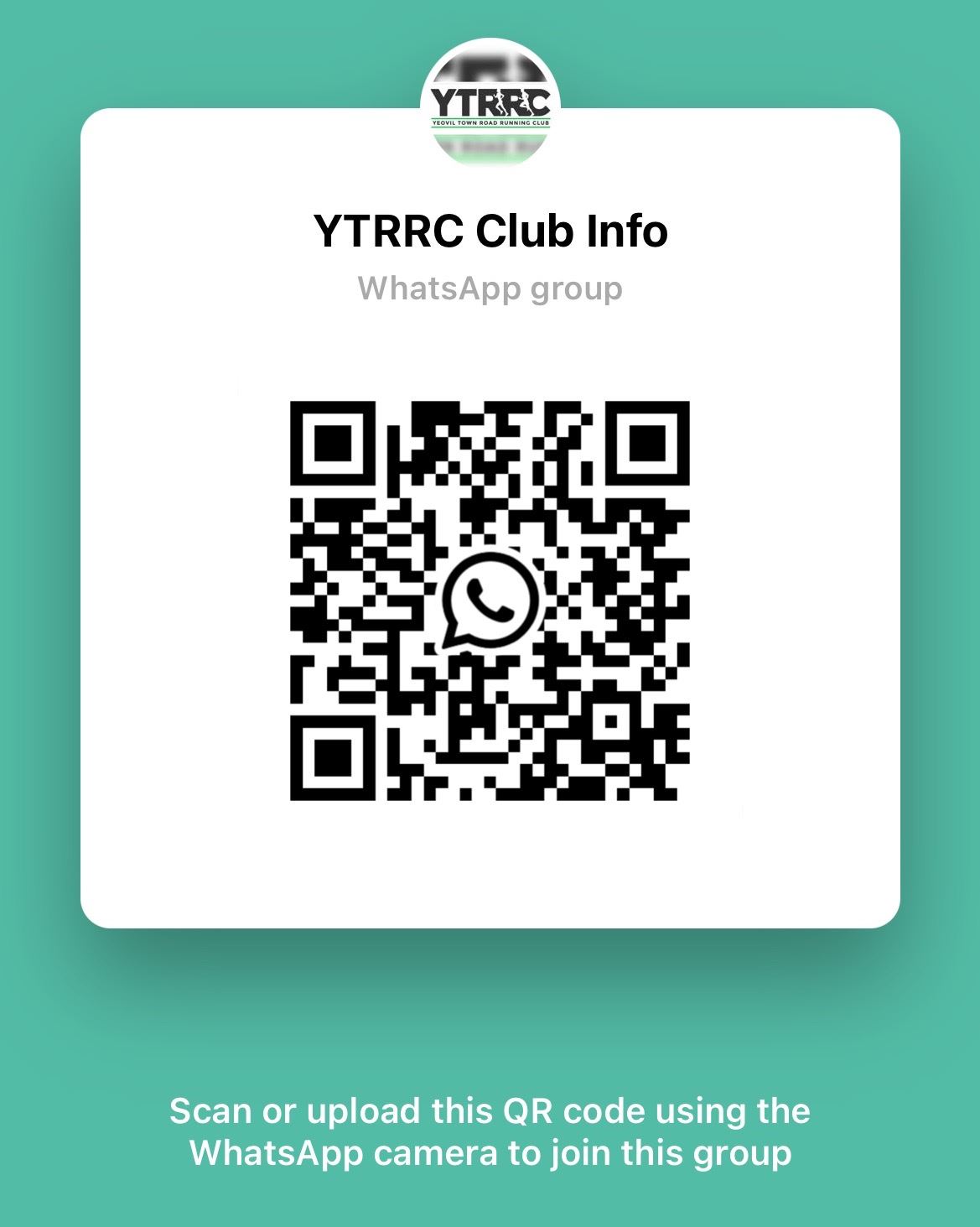 From Kev:  A Club Championship event , its a relatively small local event , well run and marshalled with decent local support on route .. We had a great posse of Yeovil Town RRC in attendance, with several battling tired legs from Battle of Sedgemoor and severn Bridge half. An 11am start suited Cider drinkers Rachael Jones and Joanna Henley as the temperature was rising we headed to the start Adam Switzer was mentally prepared for a sub 30 attempt keeping a steady eye on 6 min miles , Steve Lye battling stomach cramps throughout put in a great effort to finish in top 20 , as the field spread out various little battles ensued, many of our runners are making great improvements in speed and ability, great running from Rachael to be 3rd YTRRC female behind Joanne 1st and Lesley Nesbitt 2nd . 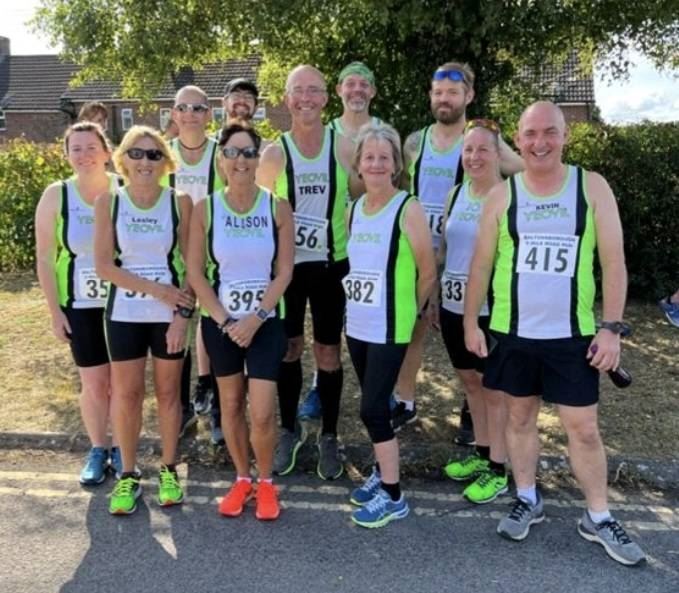