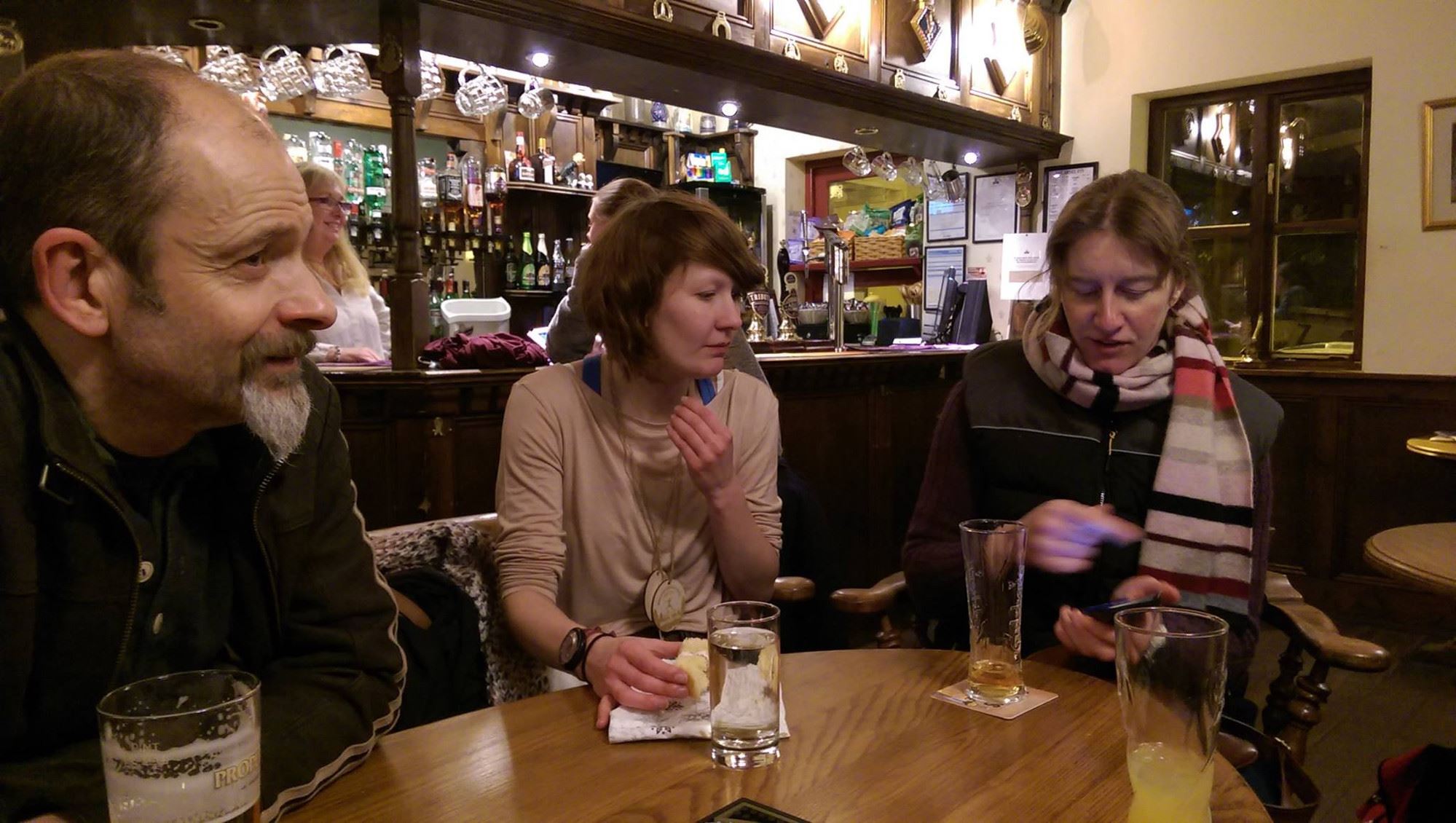 Well the YTRRC Dark Nights go to South Devon again for their run in the Dark.

Some photos from Saturday's night race. It was an excellent night out. After a highly enjoyable road trip down to the race HQ in South Brent Devon, we had plenty of time to get ready for the race and see the kids get ready for their mile night race. There were hordes of them and we were quite glad of the peace once they departed for the off! (didn't last long, was only 1 mile).

Once our own briefing was out of the way the race began. Myself, along with Anita, Kirsty and Pippa ran the Mild Night Race the 5 mile version. The first half can pretty much be categorised as insanely steep up, a little down and then up so more over all kinds of terrain from road to mud and all manner of tracks. Our race split off at the edge of Dartmoor so this time at least missed out on the joy of running over Dartmoor. This time that fell to Matt, Rich and Rob. It can be described as a very technical challenge which keeps you on your toes as one step might be on boggy ground, the next stone and everything in between. We still had some precarious descents to handle over rough debris strewn ground and a stream to run along.

I didn't know quite how hard the final run in would be. I thought it would retrace the start of the race, but instead, we hopped a historic stone stile onto a scenic run in along the river which dropped us below the height of the village hall. Then under a bridge before steeply climbing up to the height of the bridge to run back over it and back to the fabled Wild Night Run arch.

It was a hugely successful night with Rich Bateson taking a 2nd 2nd in two races. Matthew Driver placed 3rd 50+ vet had to take the long walk up to collect his bottle of prosecco. Rob Jones finished 52 of 131 runners.Pippa Howarth also took her second placing in two races having won last time she placed third in the Mild Night Race and came away with a new head torch. They don't do vet prizes in the Mild Night Race but Anita Farquhar Rufus was second in her age cat and Kirsty Norman placed 5th women. I was lucky enough to win the Mild Night Race and as Matt said the team collected a box of cider for winning the team prize in the previous race.

After the race, we went to a pub Matt had found on a previous trip to Devon and stayed there to the landlady started coughing loudly.

One more race to go in the race series, this time in Bristol. It's trail rather than moor.