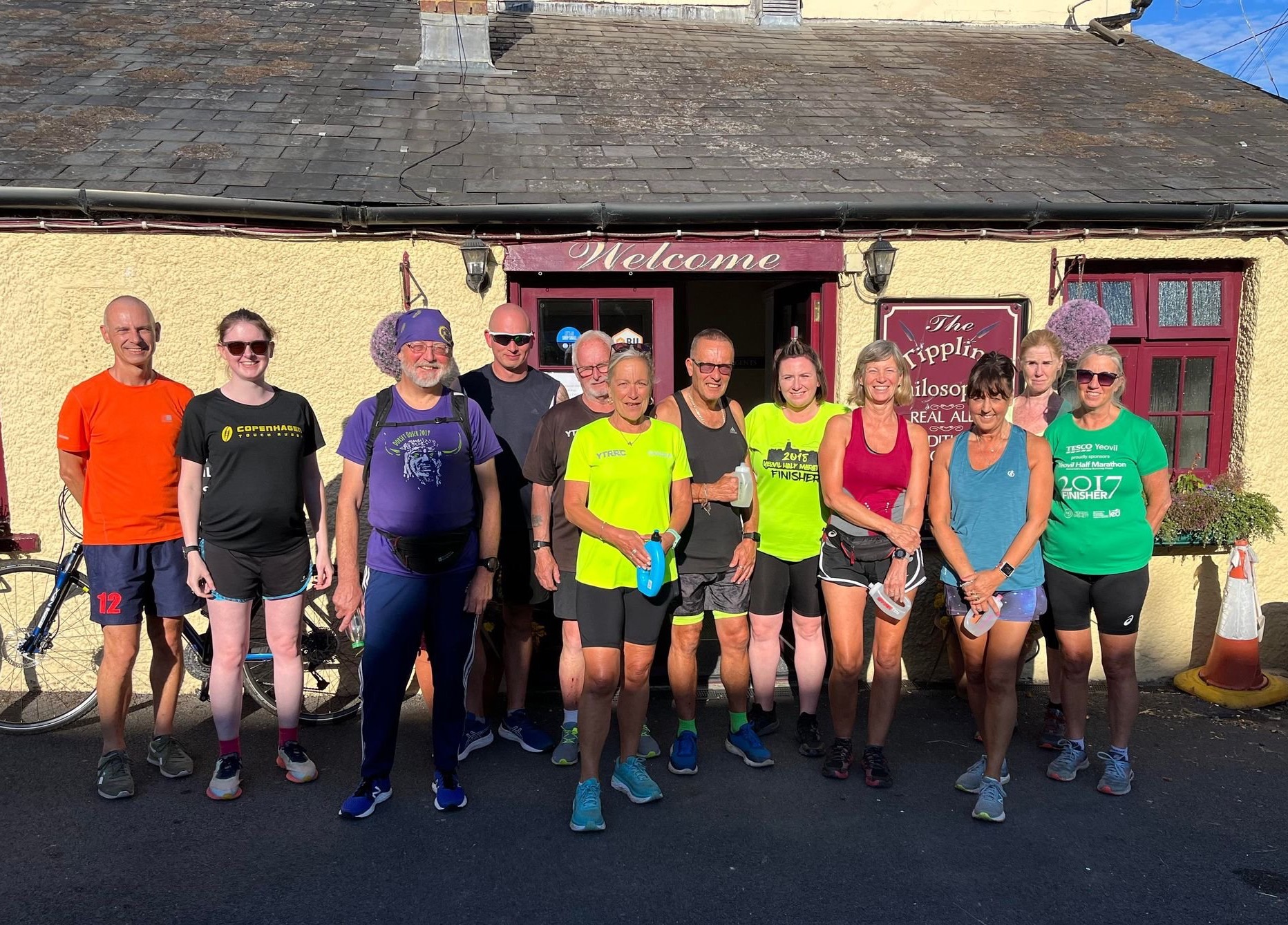 The Club have purchased two signs for our Races 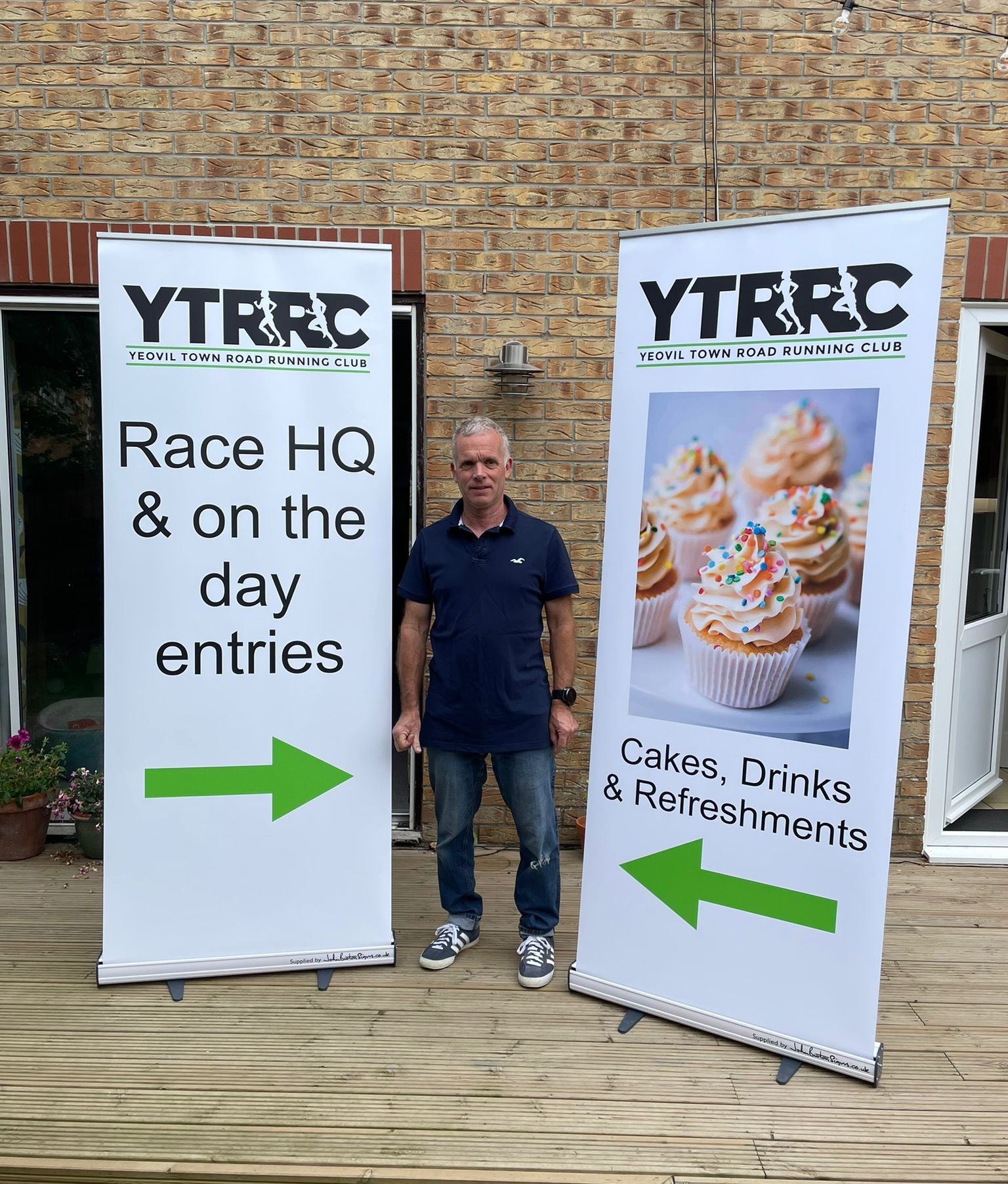 From Graham: The next 5k race at Yeovilton is 3 weeks today (10th August), if any of you guys can help could you please let me know. Your time is much appreciated.

The following have already offered to help

Setting up the course. Magdalena Golebiowska

From Lesley: Another very enjoyable, albeit very muggy, Stoke Gabriel 10k(ish) (7.6 miles to be precise). 6th year running for me and it doesn't get any easier, however, every year it is very enjoyable with fantastic views, a friendly atmosphere, great organisation and marshals. Rewarded with a pint of Hunts Cider and a bacon bap. Now off for Sunday lunch with family. 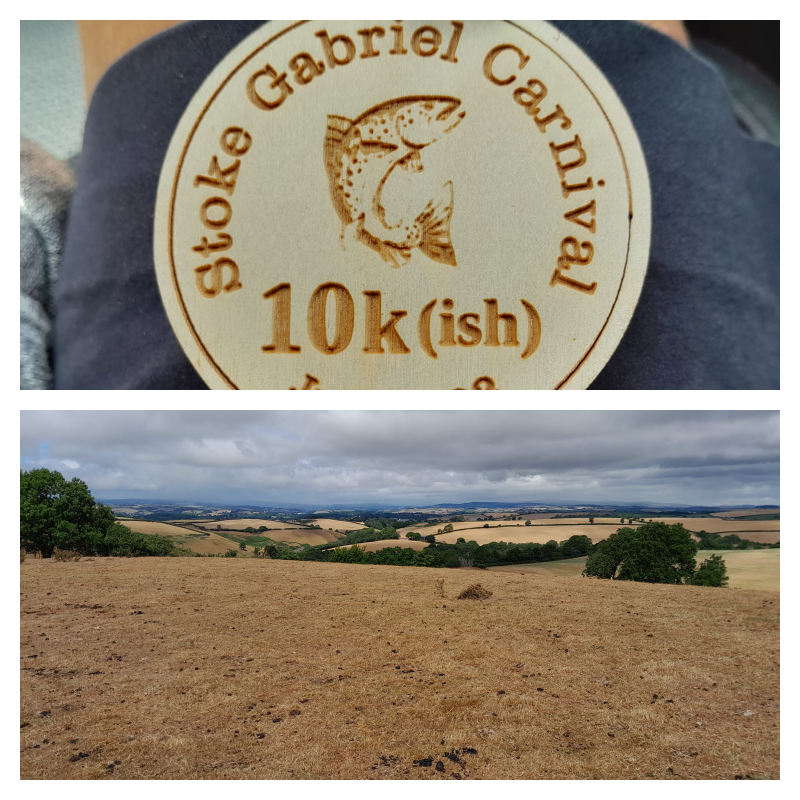 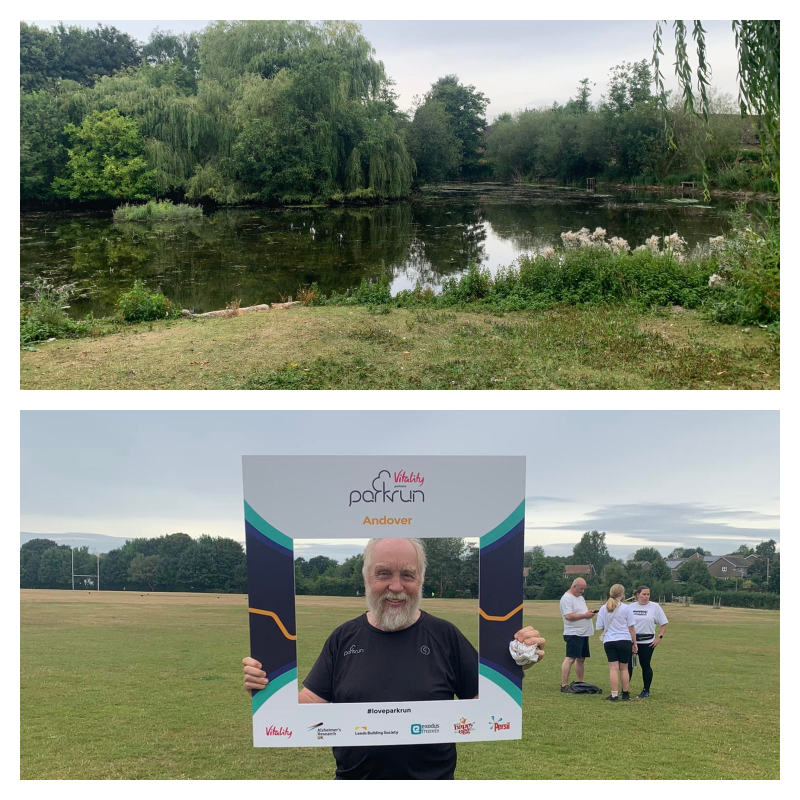 From Ken: Swanage Parkrun for me and Richard this morning, tough hilly Beautiful route, event #82 as Tourist 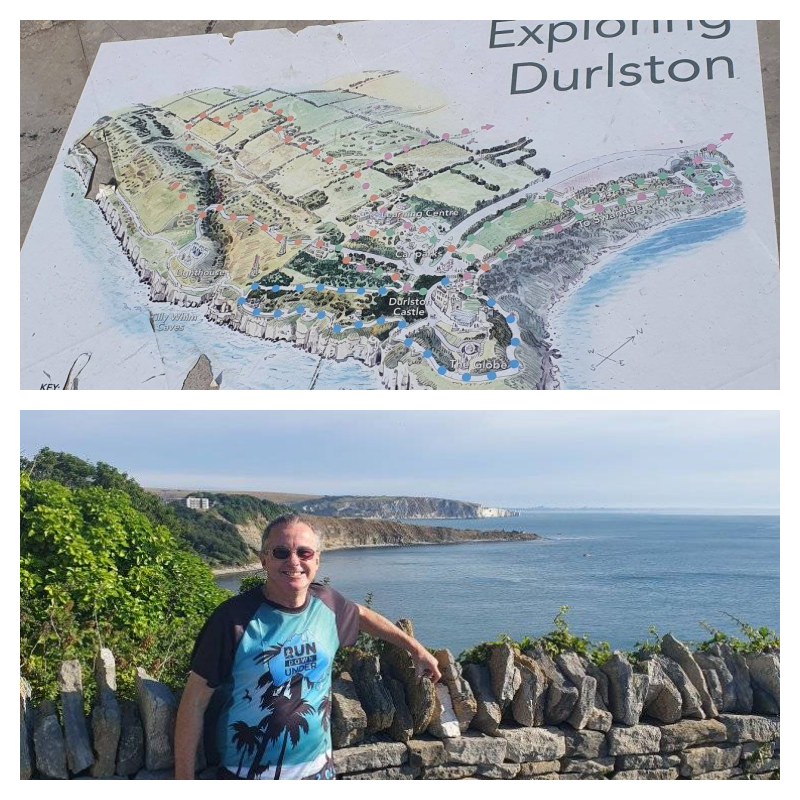 From Mark: It was good to return to Milborne Port (Tippling Philosopher) tonight for a Pub Run after a break of several years. Alison and Rob did the planning and leading for the two not so fast groups which split part way round after Milborne Wick. Together we left the pub and ran eastwards to fields where we passed race horses. We ran up to woods and climbed. Heading north we ran along East Hill and came out on the lane. Continuing north, then leaving the lane, we continued through woods until arriving at the old station nature reserve. Picking up the lane and passing under the railway bridge we continued down the lane and turned left. We descended to Milborne Wick. Turning left, the group split after a few yards with Rob leading Suzanne, Linda, and myself on a longer run. Turning right the lane ran alongside the railway line which we followed until reaching the second bridge. Crossing the bridge we went off road again and ran along Vartenham Hill. Turning left we ran through a corn field and returned to Milborne Port. We then followed a series of streets and paths and passed through an area with very small horses some of which rolled on their backs as we passed. We ran past a recreation field and returned to more streets and paths. Thanks Rob and Alison, a very enjoyable run and good food in the pub afterwards. Thanks Phil for organising. 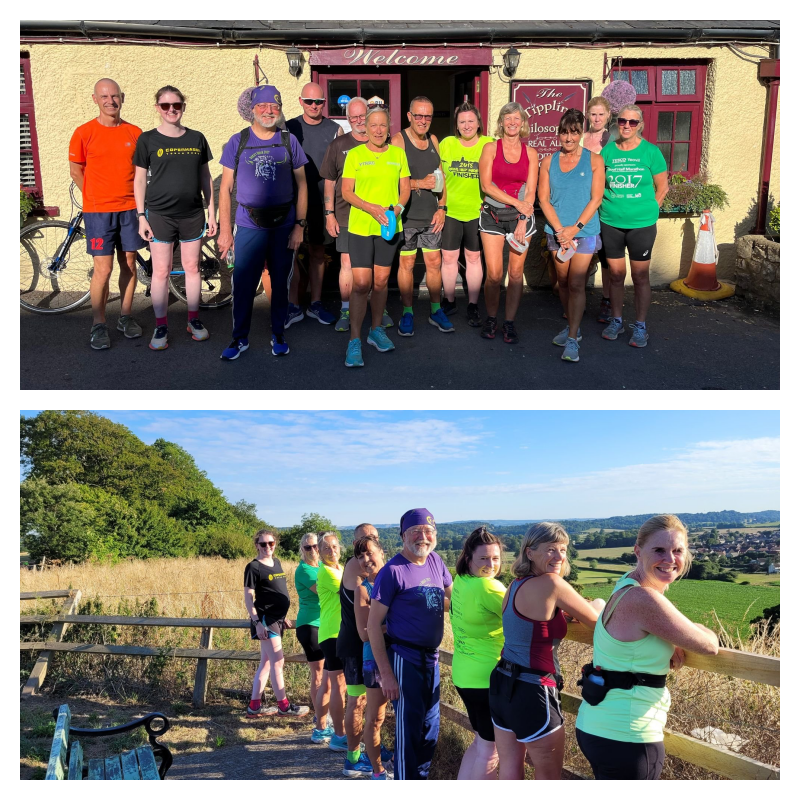 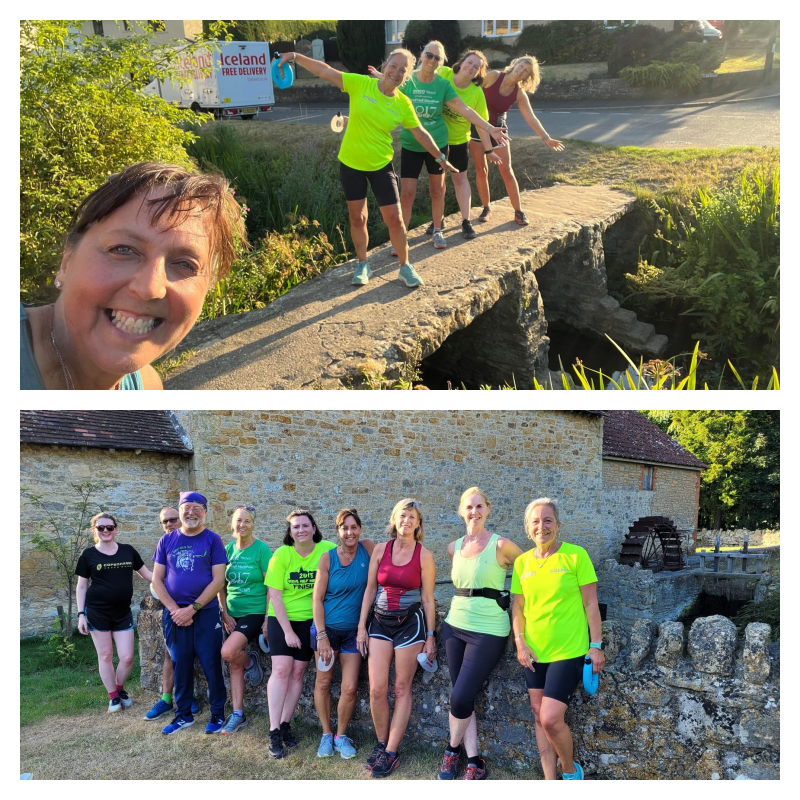