Back to the Sunday Runs 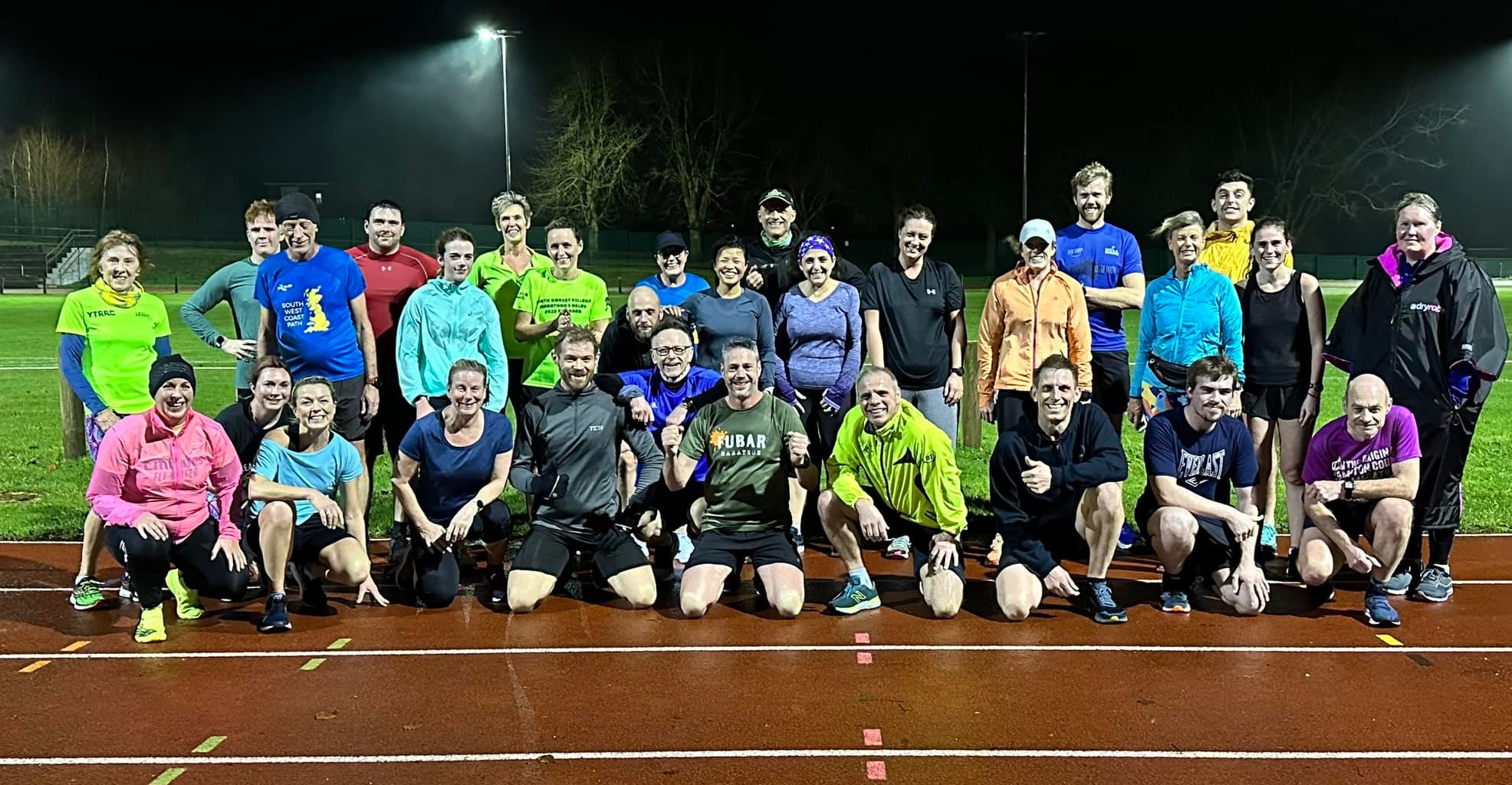 From Jo: So today the fortunate ones who got a place in the sell out Stoke Stampede made there way to Stoke St Gregory, some with trepidation after the joining instructions continually highlighted the closed flood gates on several routes into the village. Should have know from that we would get wet . Once Joanna Samuel had correctly dressed & sorted out Dom’s vest & shoe chip we started on the 10 minute walk to the start. Yes, typically the heavens opened as we all got wet & a bit cold . Dom races off & was first Yeovil male over the line closely followed by Trevor Strelley who put in a sterling effort. Joanna Samuel was first Yeovil lady over the line but only because Debbie Rennard was closing her down. A 10k PB was the reward for Debbie chasing her down. Lesley Nesbitt was close behind & although no official times are available yet, we will say it was under the hour (deducting the time spent doing up her shoe lace on route). Eleanor Ellie Damon & Gemma Murley completed the Yeovil team with a great club spirit, I think crossing the line together . Apart from the cold downpour at the start, we were actually lucky & the rain stopped & held off. So to make up for this, we were made to run through a very cold (at least ankle deep) cold flood near the end which left us all cold & our trainers soaked & very heavy!!

Sorry if this report is factually incorrect, Matt Driver where are you when we need you?!! Great running by all. 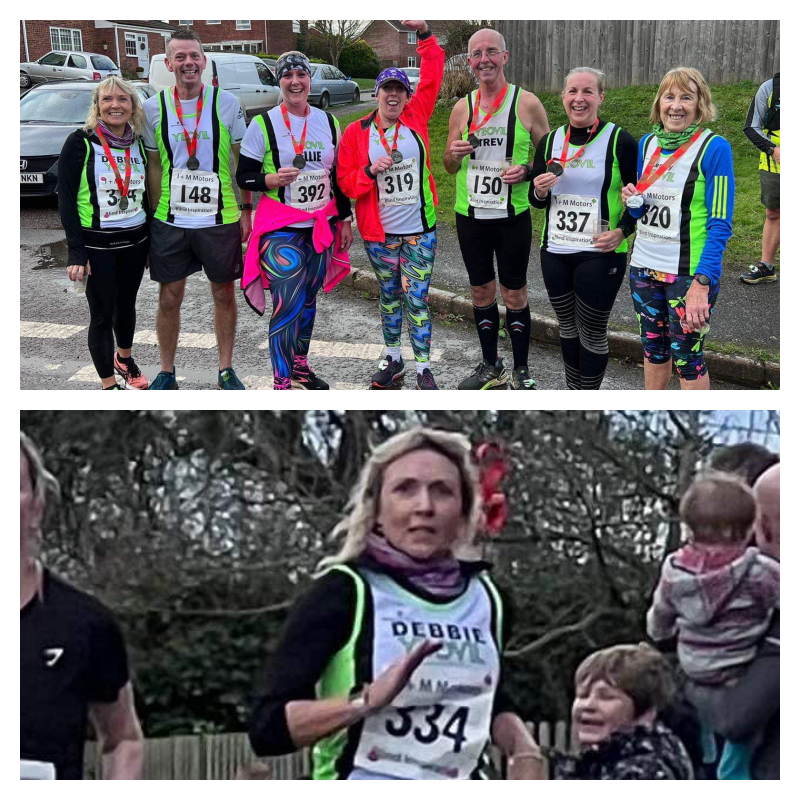 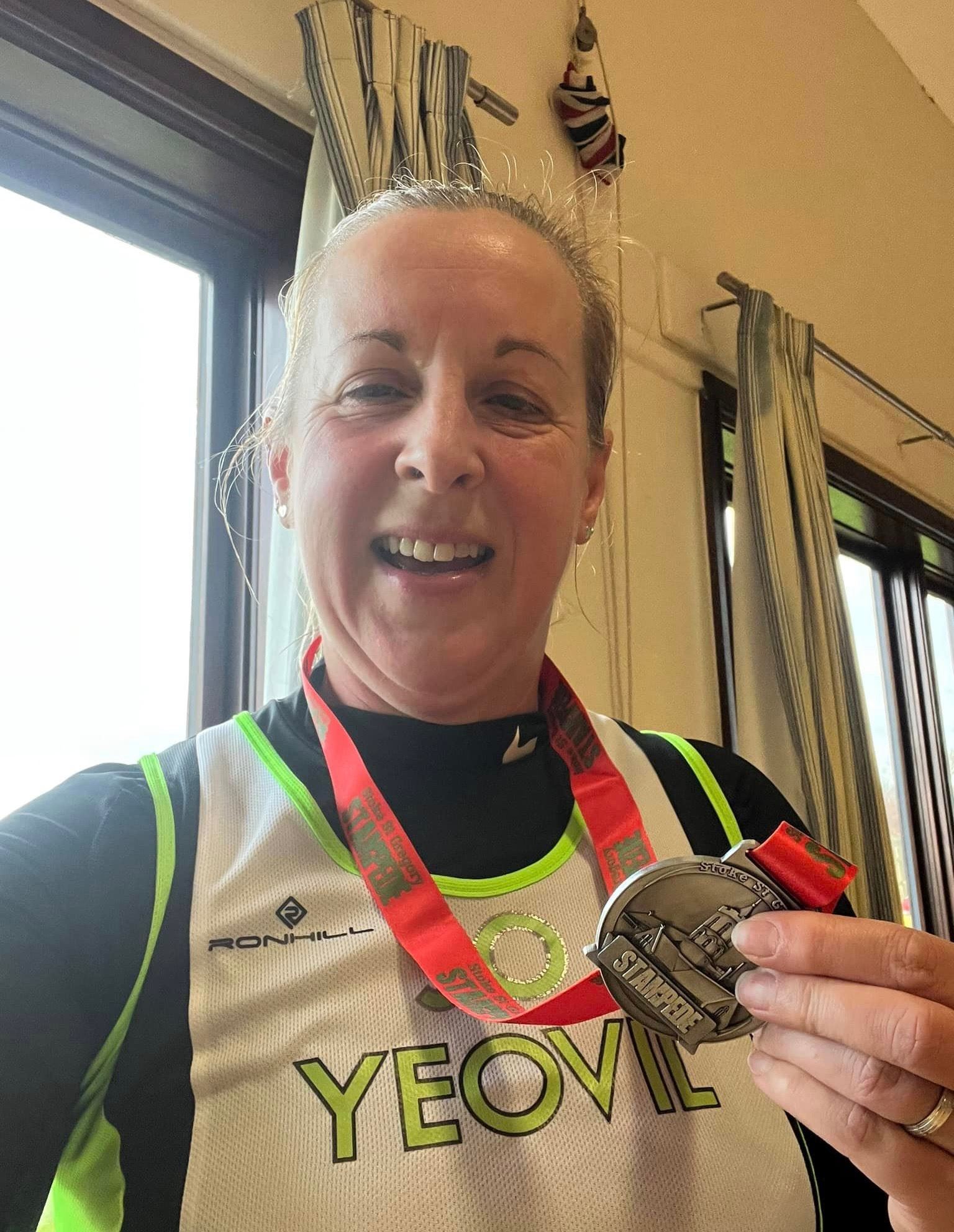 From Helen: Great turn out this morning for the first Sunday Club of 2023 thanks for the company all. 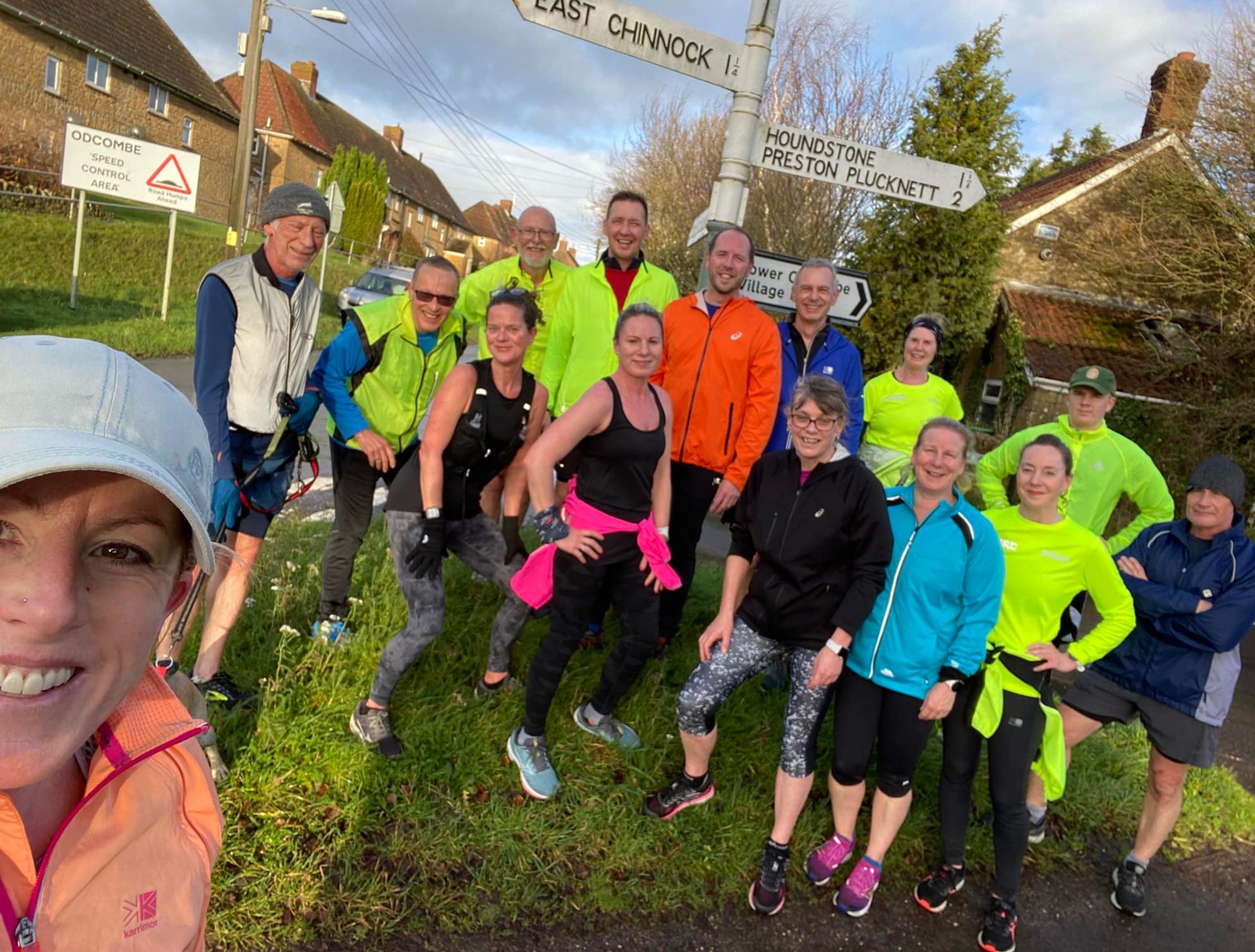 From Claire: Soggy start to First Chance 10k in Exeter but done! Great company and quite a nice route with a few inclines on a flat route! Rain held off for the actual event and brunch definitely needed to refuel after. 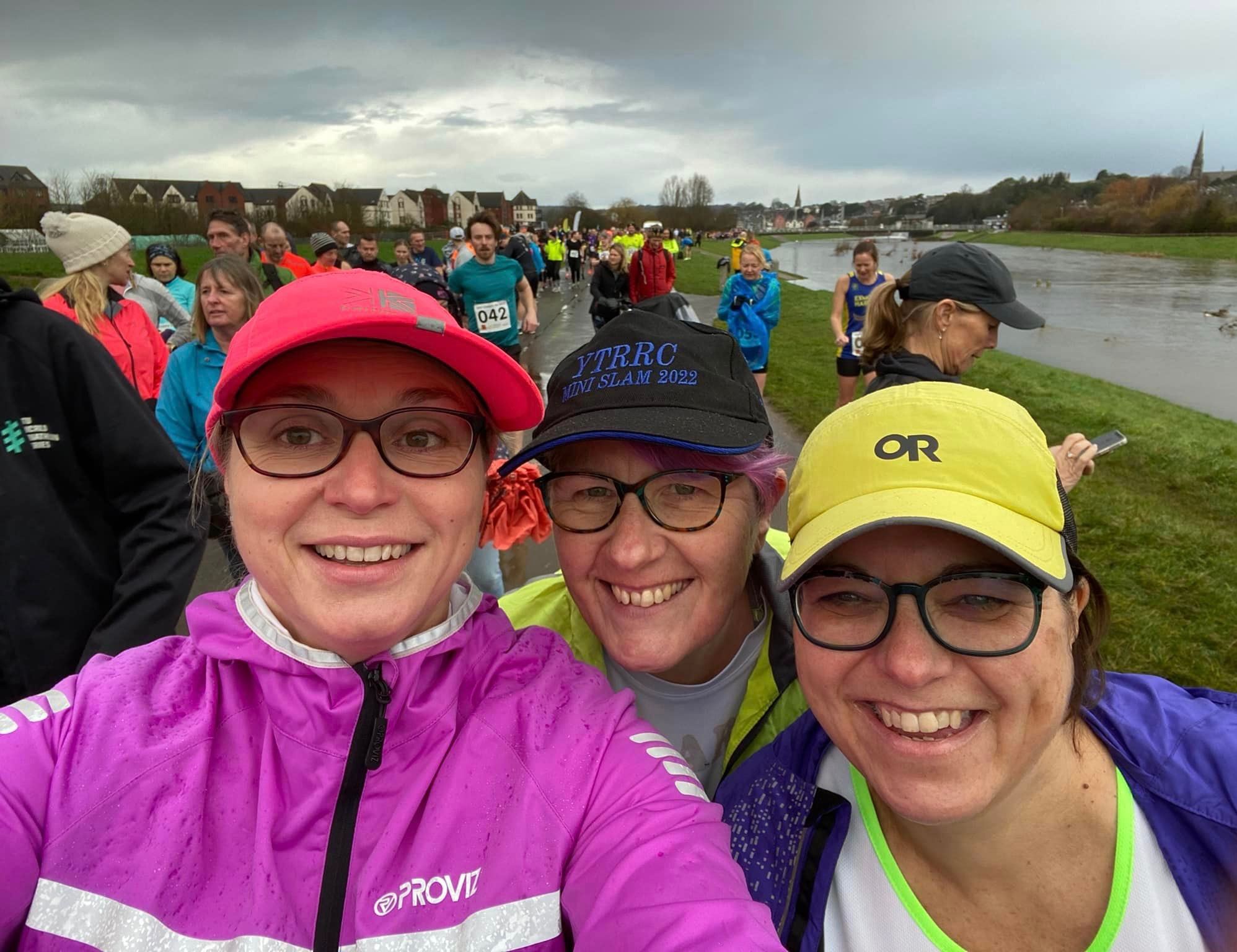 Running in the Rain

From Lesley: An extremely wet, windy and hilly run from Cavity Trays this morning, but still a very enjoyable social run. And very well done to Ashley for taking on the challenge of running up Dray Road twice. Thanks Tim for leading and everyone for the company. 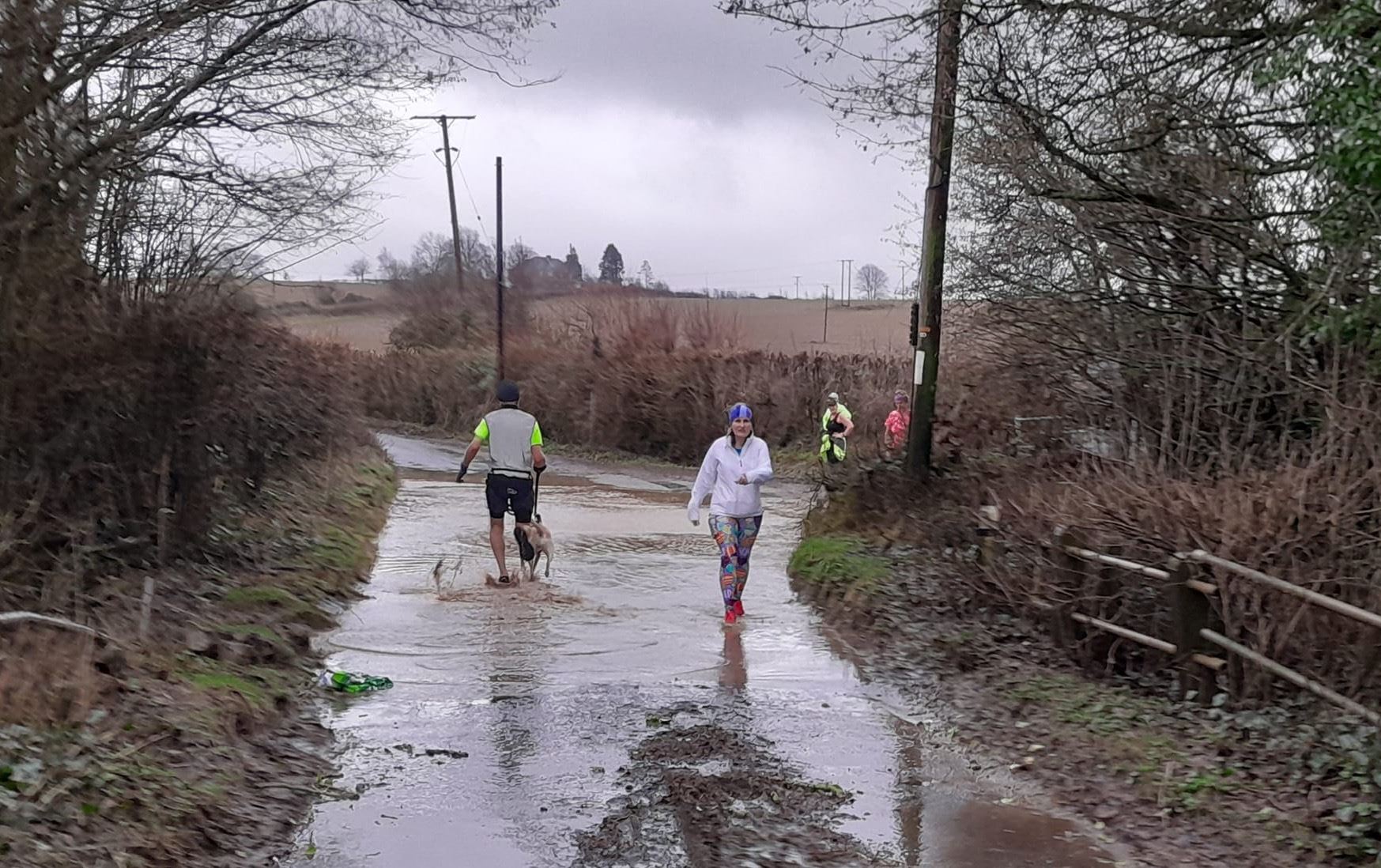 From Poole: A slightly wet a very blustery Poundbury Parkrun this morning. Just the two of us from Yeovil Town RRC as far as we could see. Despite the wind I ran my second fastest 5K and Harriet who ran with her little dog Lulu stormed in under 30 minutes. Followed by coffee, hot chocolate and pain au chocolat. 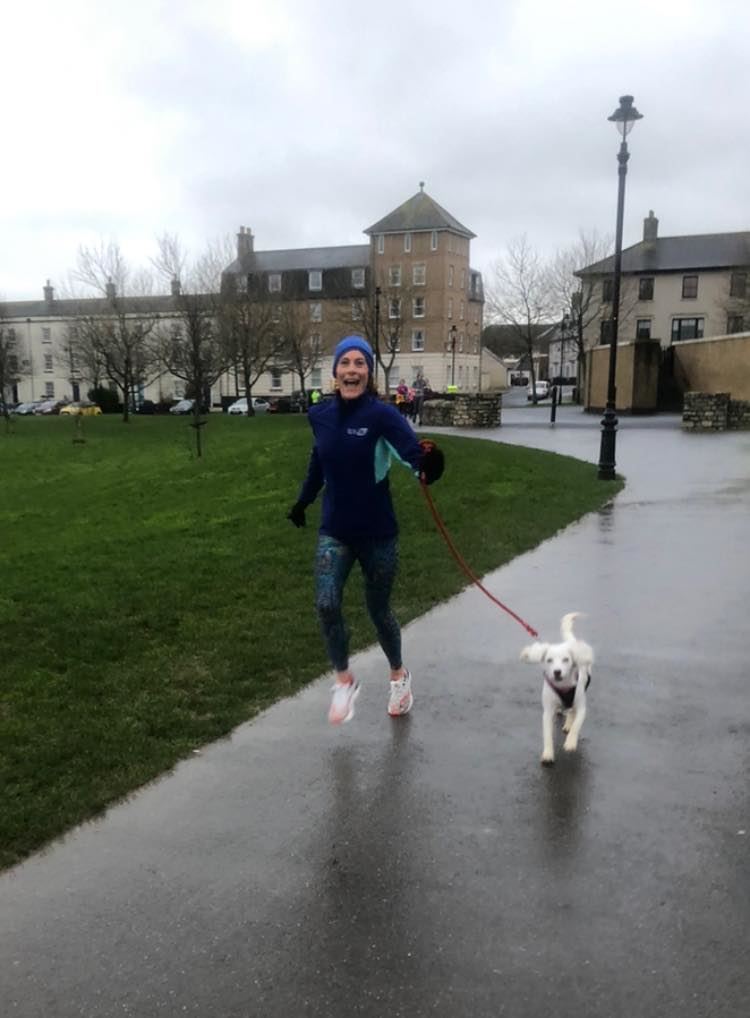 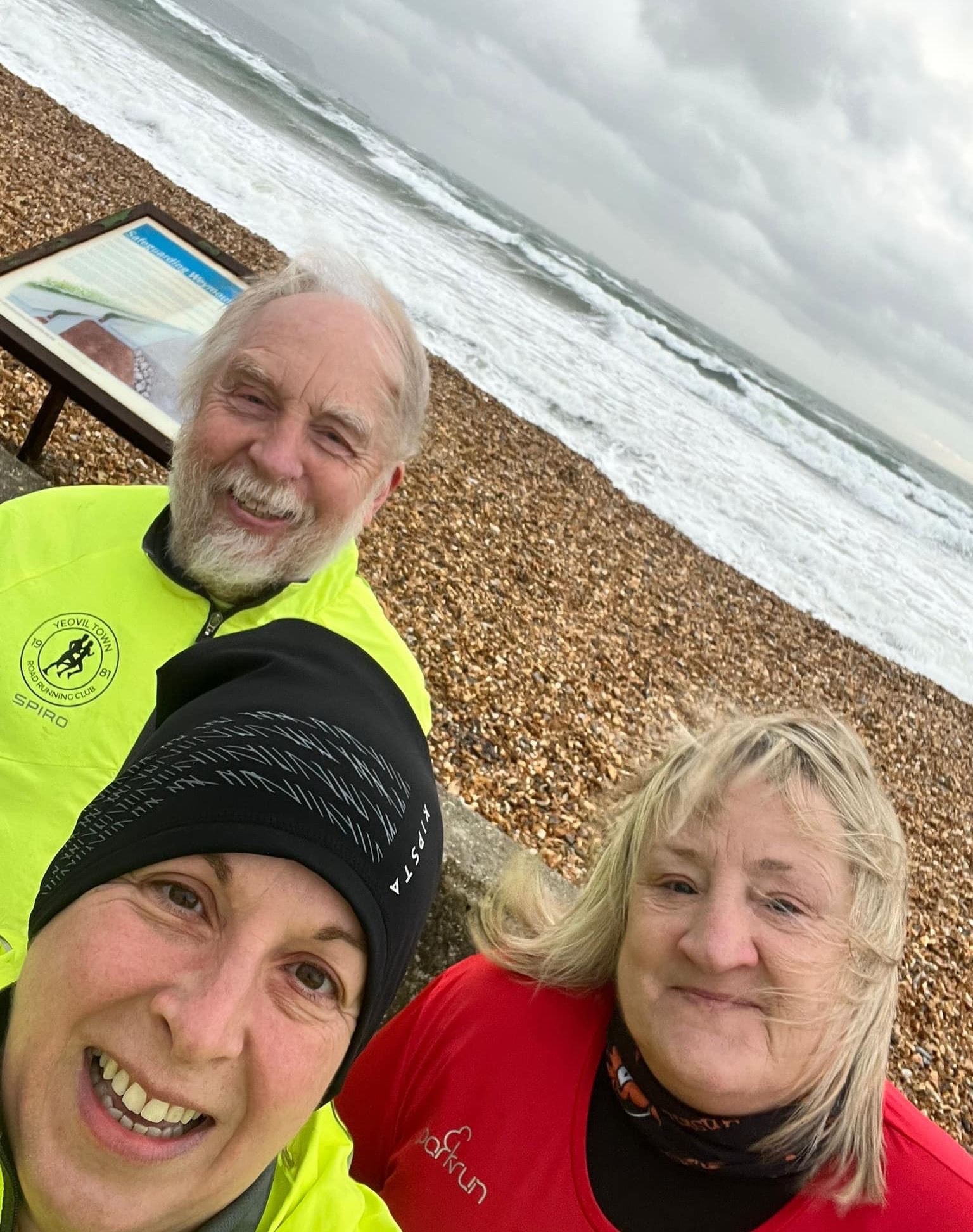 From Graham: Huge turnout for the first track session of the year, great effort from everyone! Weather conditions weren’t ideal either

From Mark: I'm intending to do another Hike at Lyme Regis on Sunday 5th February starting 11 o clock from the Charmouth Road Car Park.

If tide times permit, it will be a clockwise loop over the top to Charmouth and back along the beach. Similar to the first hike but in the opposite direction. Leaving the car park we walk along the sea front past the Cobb to Monmouth beach, and go up the Ware cliffs steps. Then we head across town to dragons Hill, and across the golf course, descending down into Charmouth. Finally we head back along the beach to Lyme for refreshments.

If tide times are wrong we do a different route going inland to Rhode Hill, Harcombe, and Rocombe. 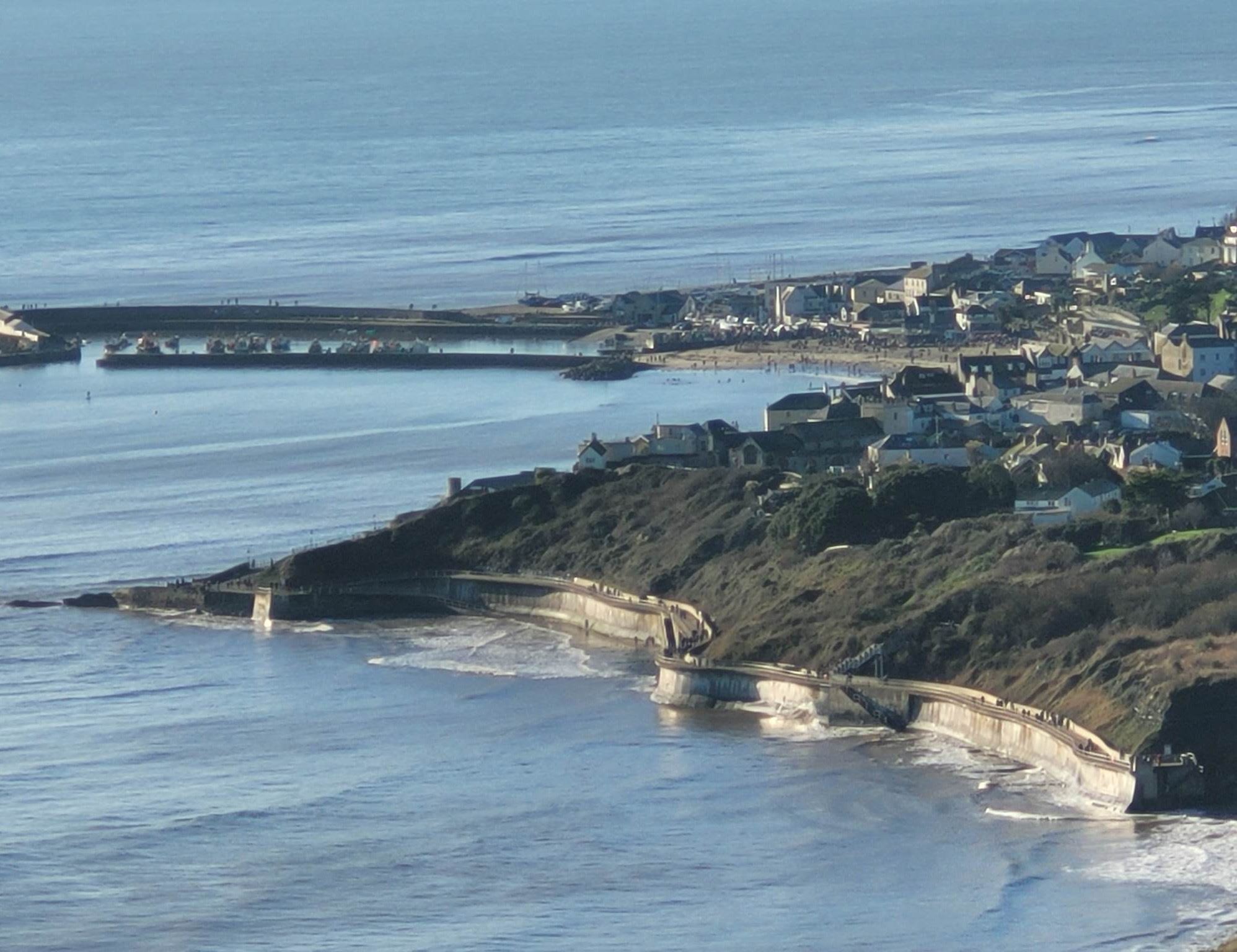 From Mark: A surprisingly big turn out tonight with 10 in the not so fast group (Elie, Kelly, Louise, Rachael, Sue, June, Mel, Nick, Paul, and myself). The faster longer group was also well attended. Initially we ran up to Greenhill, along Cold Harbour (what is a cold harbour?), down Castle Town Way, and back up Newland. Turning left we ran down St Swithins road, and eastwards along Long street. In darkness we ran along New Road passing the Castle, then turned right at Gas House Hill. We stopped for photos outside the railway station, then headed to the far south west of Sherborne via Digby road, Horsecastles, and Lenthay road. For a while there was drizzle, and it was quite windy at the far end. We climbed Honeycombe, and made our way to Sheeplands road via paths, and Bradford road. The group split with some needing to cut it short. Five of us continued going down Nethercoombe, and along Coombe back towards the town. The last leg involved climbing the steps up to Priestlands, then running down Bristol road back to the pub. I believe the others got lost and ended up running a longer distance than us. Afterwards, 16 had dinner filling one of the many small rooms in the old Pub. Thanks everyone, and thanks Guy for the photo taken in the pub. 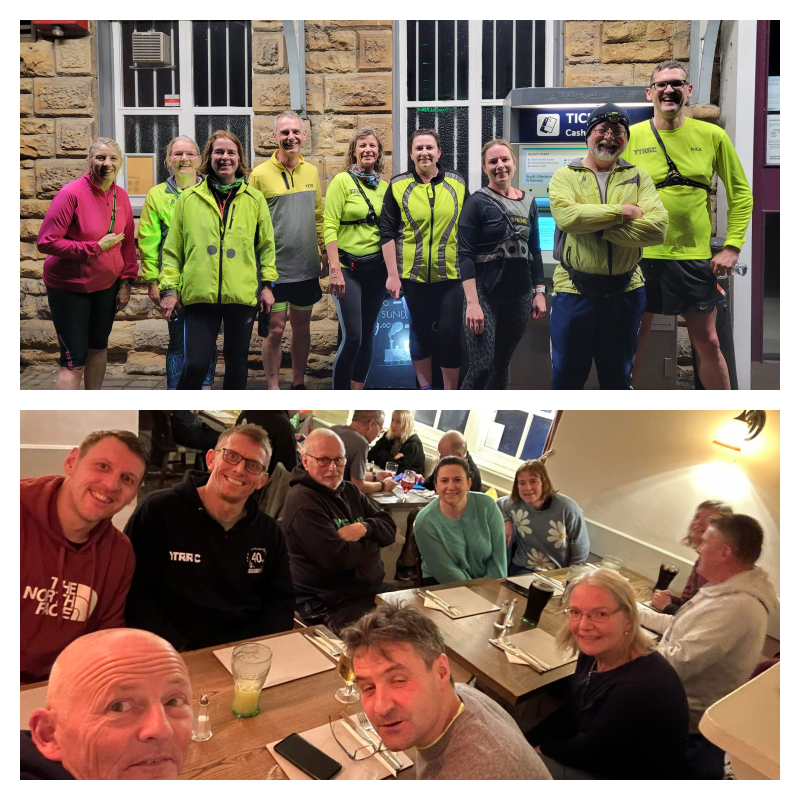