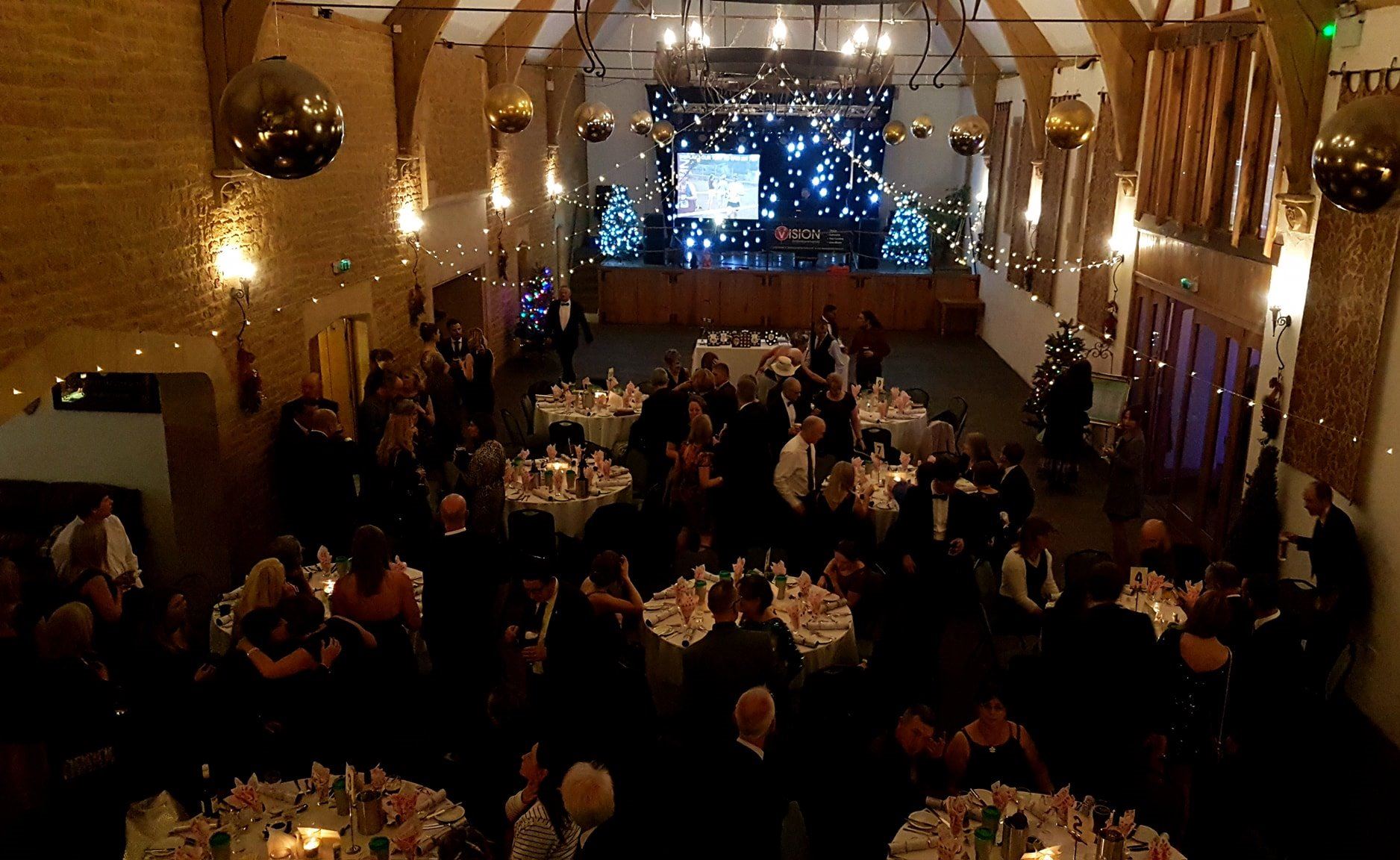 Well Well another success full year for YTRRC and with the presentations this evening we hope to show and reward those club members who by their endeavours  whether by their athletic ability or their hard work have gone into the enhancement and achievements of your club.

Distance Award (Shoe trophies) – (NOT VOTED FOR),, These awarded to age category winners at  pre-determined races during the racing year.  Complied by Lesley Nesbitt.  (These will not be formally presented but placed on your table by your place setting)Look and you should find

This year has seen several new faces all making a big impression both within the club and the racing scene. I just wish I could pronounce some of their names

Tim having wasted his youth serving his country took up running at a fairly advanced age. Having started there is now no way of stopping him. Racing most weekends, attends most club runs track & pub

Having only joined this year which is what you would expect as a newcomer he was straight into his first 10K at Sherborne to a 1:43 Half Marathon and the continued entering many races where he is often seen running for BLISS his favoured charity

Since joining the club Claire has progressed from Mel’s newcomer group and can now be found all over the place from parkruns, where she is a bit of a parkrun tourist to racing 10k’s

So this years BEST NEWCOMER is TIM WILLIS

Most Improved Female– Member who in the opinion of the Awards sub Committee  has shown significant improvement in performance has been the most notable, based upon running development and, or race performances. All Races must have been run whilst representing the club & wearing club colours

Well known to most of us especially FB readers Katie always aims to be at the front of all photographs. But behind that façade Katie is a very determined runner who has probably completed more races this year than any other club member, well maybe with the exception of Richard Dodge

And another well known!!!  face or should I say voice Anita who is actually a former member, but has now returned taking her running very seriously and has lowered her race distance times considerably

This year’s MOST IMPROVED Female is ANITA GARRETT

Most Improved Male– Member who in the opinion of the Awards sub Committee  has shown significant improvement in performance has been the most notable, based upon running development and, or race performances. All Races must have been run whilst representing the club & wearing club colours

Another refugee from the Royal Navy who joined the club last year. He immediately came to the notice of Guy Williams who tried to inveigle him into the Red Wine drinking circle, but even without the terrible Red Wine he manages to better the main Red Wine man and is usually highly placed in his marathon endeavours.

Graham Who?  I hear you say. Since Graham joined the club he has successfully strived to better his times at all the races he has participated in. With his focused training he has not forgotten our less talented members and has spent a considerable amount of time both coaching and encouraging anyone who runs whether or not they are YTRRC.

What can we say about this man. Our new Vice Chairman. Assistant race director for the 5K summer series. In between all this he has consistently improved his race times and is often the 1st YTRRC runner home and all this whilst putting up with Lindsay

Male Vet – The male 40+ Member who in the opinion of the Awards sub Committee has over the past year, has shown the most consistent performance, whilst representing the club & wearing club colours

Last year Steve was the Best Newcomer and has now set the bar for future newbies  to the club. With the help and encouragement of his son Ben “The Bacon Butty eater” has greatly improved his times over all distances. As a run leader he regularly leads the 7 & half minute milers

Having joined the club only last year Jeff continued to climb the slippery slope of improving his times as he regularly races. He also completed over 100 park runs

Lady Vet – The female 35+ Member who in the opinion of the Awards sub Committee has over the past year, has shown the most consistent performance, whilst representing the club & wearing club colours

A club stalwart Lesley is a club Committee Member, Compiler of the clubs Championship tables & a Run Leader. An avid collector of full wine bottles she adds to her collection in a regular basis by winning her age category

And yet another club stalwart, Committee Member & the clubs Welfare Officer. With a passion for running marathons she puts many of us to shame. Running marathons at the weekend, sometimes more than one, and then turn up on Tuesday to be a Run Leader

I’m sure that Dorothy won’t mind me saying this, but she is actually the oldest active club member and still going strong. Amazingly she still takes part in races where she usually wins her age group

And the female veteran of 2018 is of course LESLEY NESBITT

PERFORMANCE of the YEAR 2017> JOHN CURTIS

Performance of the Year – Member who in the opinion of the Awards sub Committee  through a running event(s) has shown the most outstanding achievement(s), whilst representing the club & wearing club colours

So many great things have been achieved by our members this year that it would take a long list to name them all.

I would like to remind you that the rules state that that whatever the performances they must have been achieved in the club name and colours ie Bryn Phillips running in Royal Navy colours at London and in America, Guy heading toward his 200th marathon sometimes wearing his 100 Marathon Club Colours. So this year

Nearly every race seems to have a Richard Dodge in it and the funny thing is that they all seem to look like him so it must be him. He races somewhere in the country and then turns up for yet another race on the same day Now with over a hundred marathons under his belt is the future just going to be park runs. I doubt it!

After a recent  birthday(not saying which one)  Nicky set herself the target of running 50 half marathons in a single year to celebrate her  ??th  birthday. Happy to say she has now achieved her target and now concentrates on keeping Simon on his toes

PERFORMANCE of the YEAR 2018 is  RICHARD DODGE

Very well known by all those who like running up& down hills and running around in circles’ Nathan has made a large contribution to the success of competitors in races. Although not YTRRC events he is the Race Director of a series of night runs which are very popular with club members

Provides great help to Nathan and usually stands in when Nathan is away. He also assists with other running groups within the club

Kevin is to be seen everywhere from facebook to most localish races as the club photographer and chief supporter .

The UNSUNG CLUB HERO for the Year is KEVIN DOHERTY

Club Member of the Year – Member who in the opinion of the Awards sub Committee  has shown, the endeavour, hard work and support to the Club or Club members and has made a significant contribution to the club throughout the year.

This has been a particularly difficult award, and to just pick out three names as nominees as there are so many members who work very hard to make the club as successful as it is. I would like to name them all but I’m afraid I might miss someone out & then they would feel slighted

Due to a lack of volunteers Mel took on the job of New Comers Run Leader and has introduced some 300 new runners to the club. Not all of them have stayed but I don’t think that’s anything to do with Mel as many have subsequently joined and are still with us having progressed to other groups

Graham a man for all things running. A qualified UKA Run Leader he not assists Nathan at training & coaching. A Runner, coach and mentor to different running groups he is currently working to achieve a sub one hour 10K with one group whilst also mentoring an 8 Minute mile group and taking them further and further so that they can exceed their personal expectations.

All those who have attends the club races may have noticed that I spent a lot of time around the cake table. It was not because I LOVE cake. It was really so that I can make recommendations to Anita Rufus who sponsors the Cake Plate. Thats my story and I’m sticking to it. So the winner is Tesco for their donuts. Anita says NO to that So the nominations are

And the Best Cake maker for 2017 is SUE MALLINSON

Points King– (NOT VOTED FOR), Determined by totalling the highest ten scoring races  from the total of the  nominated races over the racing year.

Points Queen – (NOT VOTED FOR), Determined by totalling the highest ten scoring races  from the total of the  nominated races over the racing year

Male & Ladies Club Champions – (NOT VOTED FOR),, will be determined by totalling the highest ten scoring races from the total of pre-determined races over the racing year.  Compiled by Lesley Nesbitt

After the success of last Year

This award has changed so as to encourage more competition and it’s worked has ‘it?

Now we come to the bitter bit. After much counting, nail biting recounting numerous phone calls the Awards committee have deemed the FEMALE CHAMPION

Chairman’s Award – Male & Female – Chairman’s opportunity to recognise significant contribution or achievement of a club member So over to Malcolm who I feel we all owe a great deal to for all his hard work in being Chairman of YTRRC. I feel that not as many members as should, actually realise how much work he does for the greater good of us all