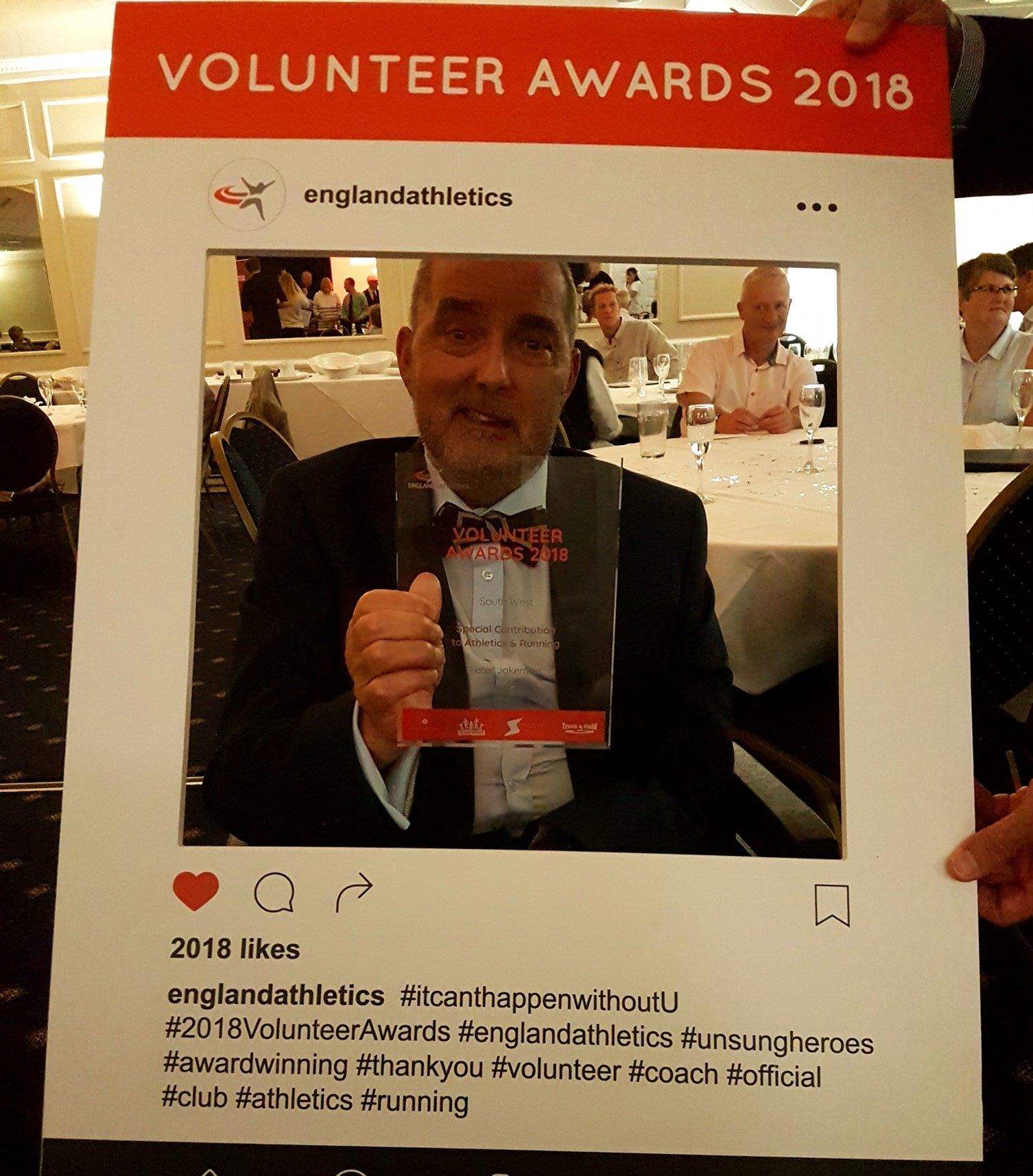 Barnstaple Marathon and Half

Today saw the 5th running of this event with Steph and I now completed all 5. In the Marathon there was Dave Tilsley, Anita Rufus and I and Steph yet again did the Half, however next year Steph will be doing the Marathon. The Marathon starts at 9 am and Half at 10. The race heads up the Tarka trail on the flat tarmac towards Braunton, on the right side of the River Taw, round the airfield at RMB Chivenor, then back down the trail to Barnstaple, cross the river and up the other side of the trail to Fremington. Dave was first over the line for the Club and Anita was first Lady with a Sub 5. Well done both of you. Steph was first Lady for the Club in the Half with a PB. You get a T-Shirt and Medal and sometimes a Sun Tan but not today.

This is a great event and I wish more of the Club would try to get down there, could be a good Club day out. 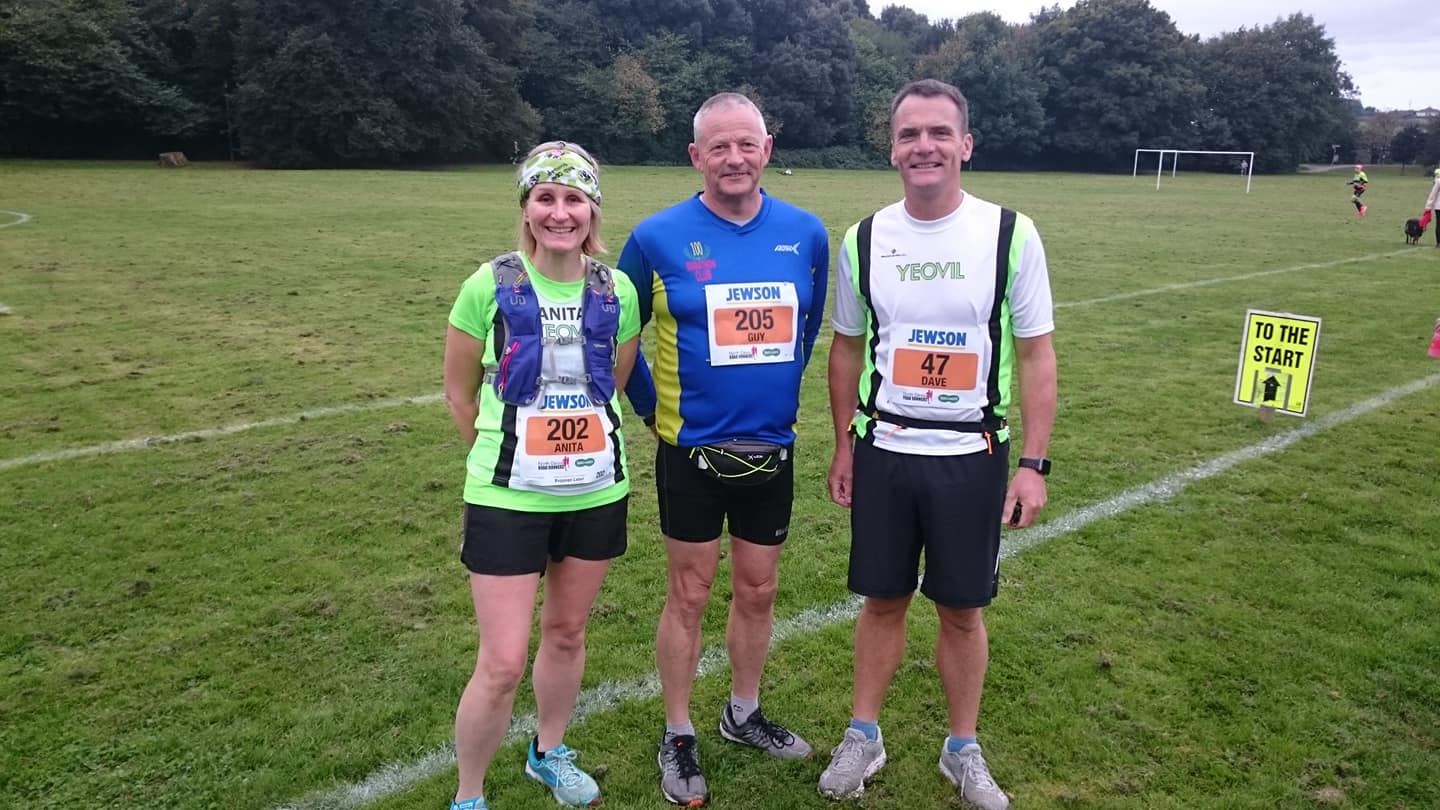 At least September is now over, I have managed to crack 5 marathons in Exeter, Dorset, Germany, Scotland and Devon. Roll on Oct as only 3. That's me on 195 marathons and on track for 200 in Lanzarote in December, Richard now on 103 with Lynne on around 95 ish. Then we have JC and Mark Pike both on track for 100 hopefully sometime late next Year. It all starts with one.

YTRRC Annual Awards Night 2018 Venue: Haselbury Mill
Date: Friday 30th November 120 places (max)
NO PLACES ARE GUARANTEED until you have booked ... so book now! Go to the Club website and log in and book your place and food order. It's a fantastic evening of celebrating our club and the member's amazing achievements. Don't forget to vote for the awards too.

A couple of months ago EA sent out an email asking for nominations for Special Awards so we decided to send in a nomination for Pete. Well, he only won one. So on Saturday our Chairman and Magdalena took Pete along for him to pick this up. Pete has helped so many in this Club and other Clubs it all sorts of ways. When this time last year he was struck down with a Tumour and then a Stroke making him unable to walk or use his right arm. However, this has not stopped him from carrying on helping Club members and he continues to do so whenever he gets the chance. So it was only fitting that he should get this award. Thanks to Malcomb and Mags for taking Pete there. 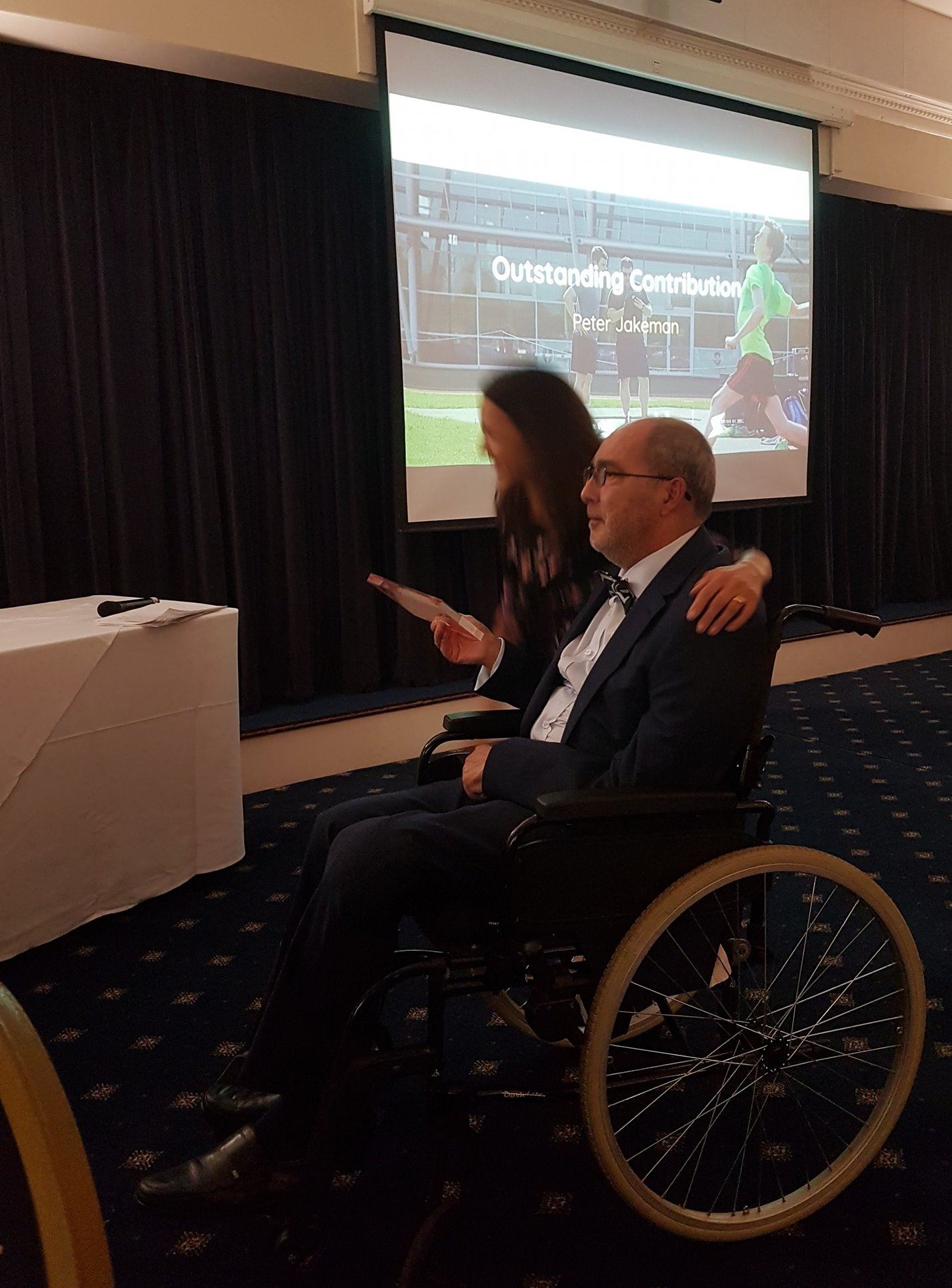 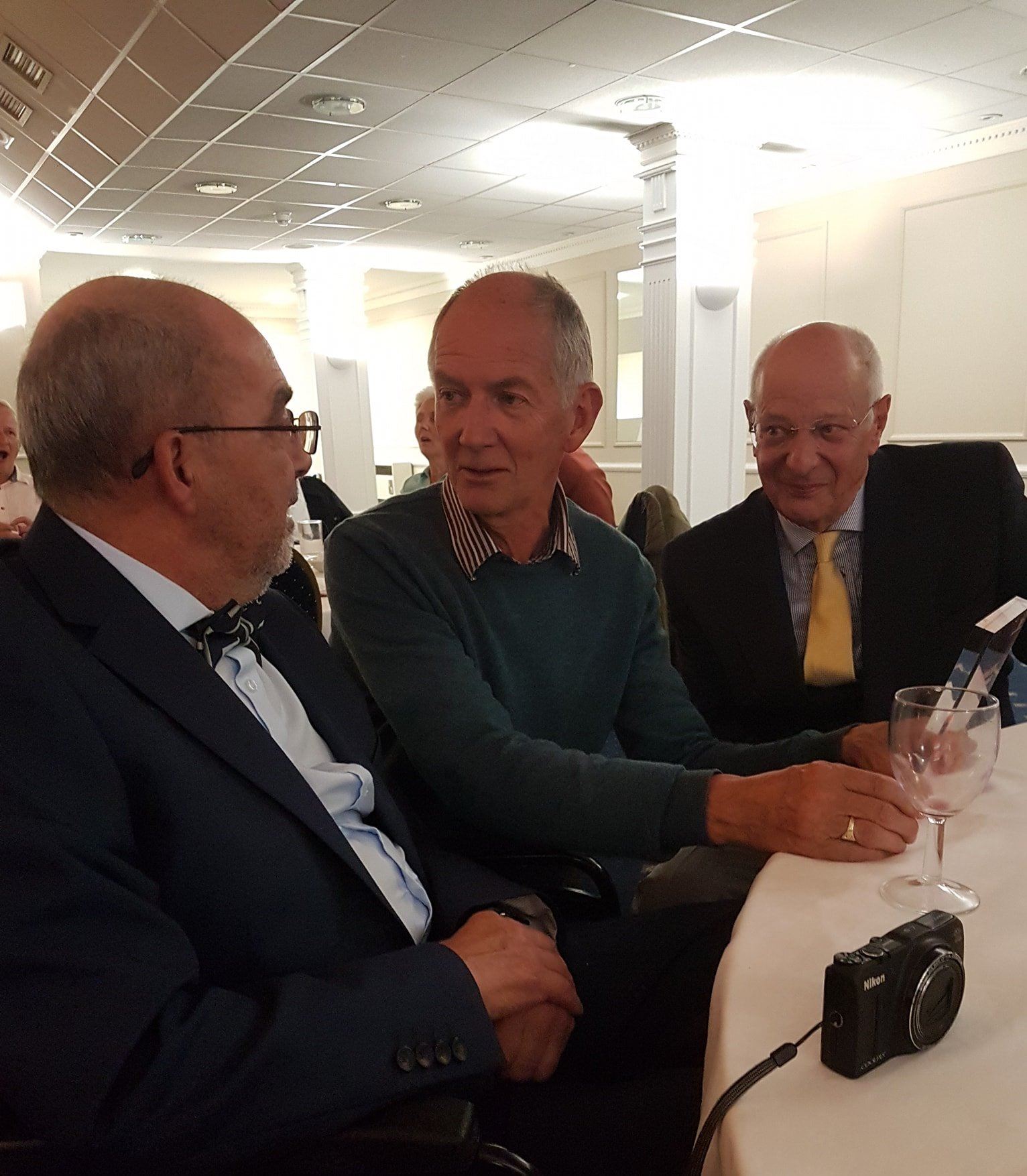 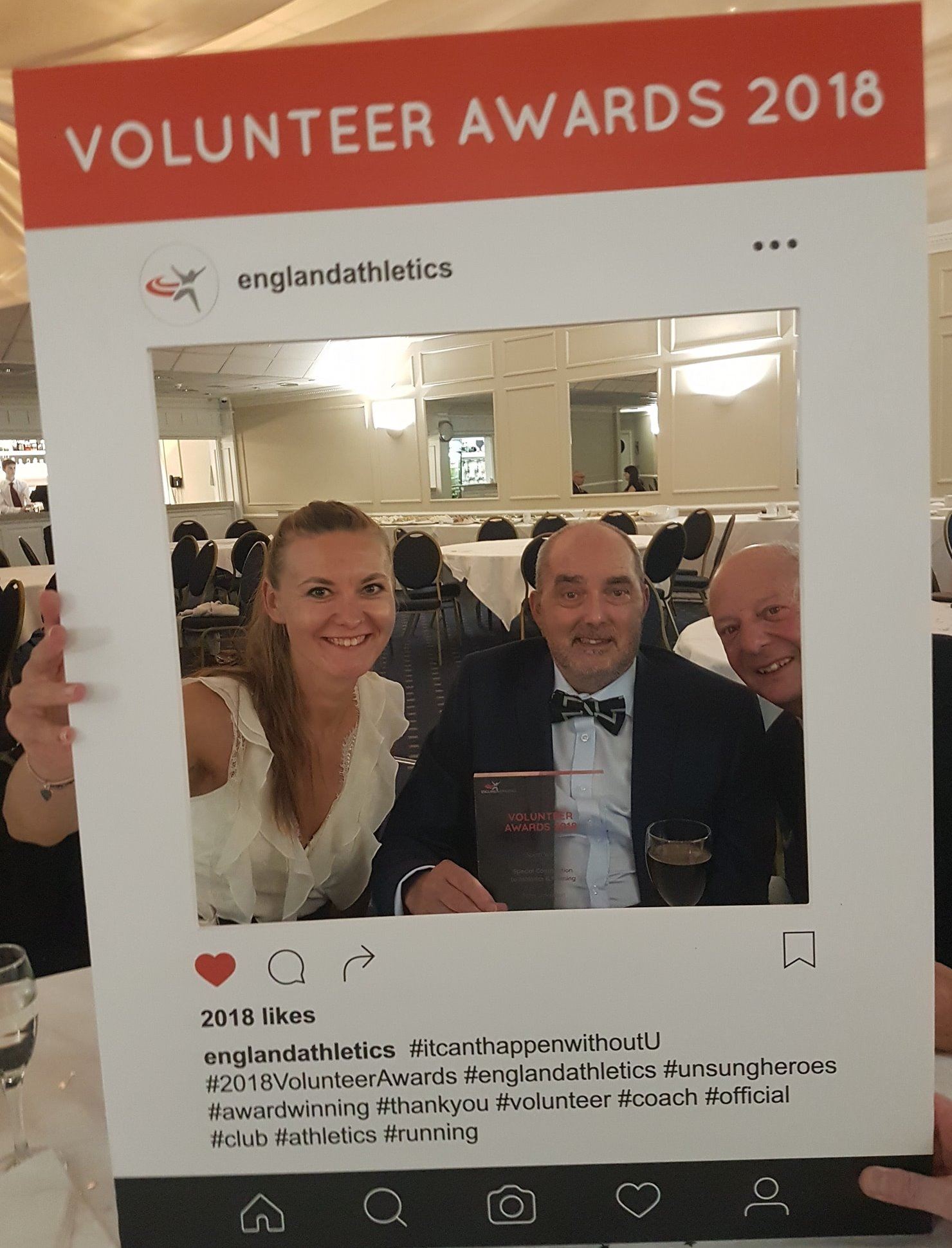 From James Hutt: Today I ran Cheltenham Half Marathon (Wearing my Bliss charity vest). I’m originally from the area so I had a rough idea of the route, it wasn’t a particularly flat course but it was all road based with the exception of the final mile (or so) which is on Cheltenham Race Course. Overall there were some undulating hills and the support was good (not as noisy as Bristol last weekend I should add!). The course begins and finishes at the racecourse and takes you through the main central part of Cheltenham and past some landmarks such as the pump rooms.
I ran with my friend Jay who decided he was going to wear a dress and a Maggie Thatcher mask - it didn’t stay on his head for long because it was almost impossible to see anything out of it!
The race went well, although from mile 9 I could feel cramp developing in my calves, so I really had to dig in from then. We finished in 1:45:36! Worth running next year if you haven’t done it already.

From Leyton Green: Met up with Sue at today's Taunton 10k. Well done on smashing your PB 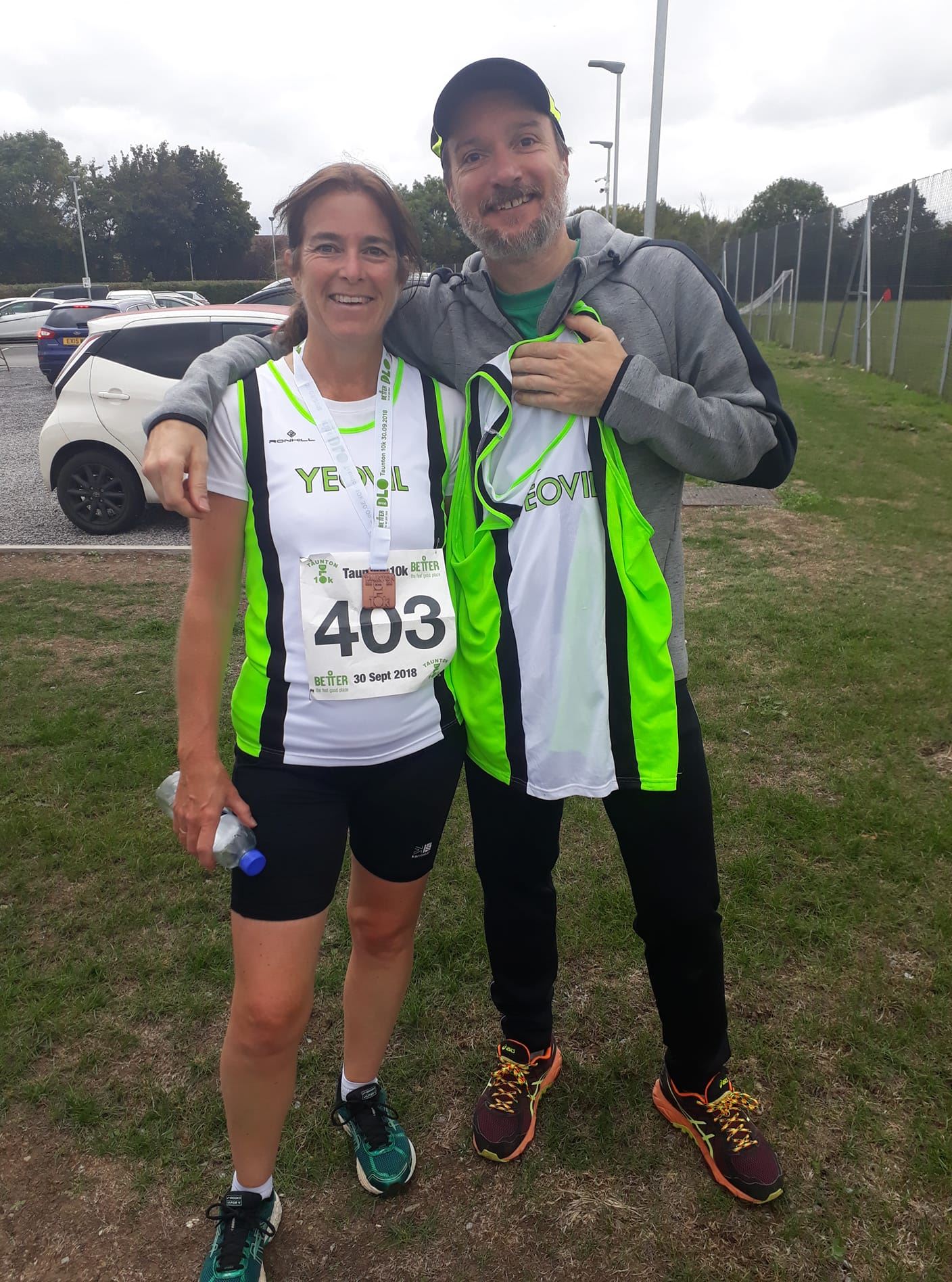 From Mark Pike: A very frustrating Guardians of the CODRC for JC and me today. I was with a leading pack until 6 miles when all the group u turned as they were 1/2 marathoners. With nobody to follow I missed a sign and got lost while recovering my steps, I met JC and a lady. We wasted 6 miles before finding the course again. Last place and 32 miles! 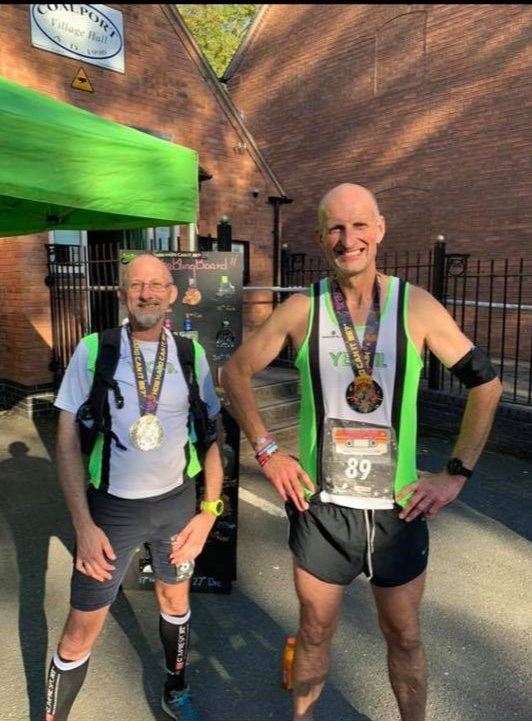 From Nat Robbins: Well a bit of tourism at Weymouth Parkrun for Angela which was her 2nd and my 1st. Early start trying to find Angela’s house was not easy 😂, then a lovely slow car made us think 🤔 will we make it !! When we turned up we had plenty of time for the welcome talk. As you guess I had no phone so I was aiming for the 35 mins as they had Pacers Week. Angela had the 32 min pacer in sight from the off, very pleased with an 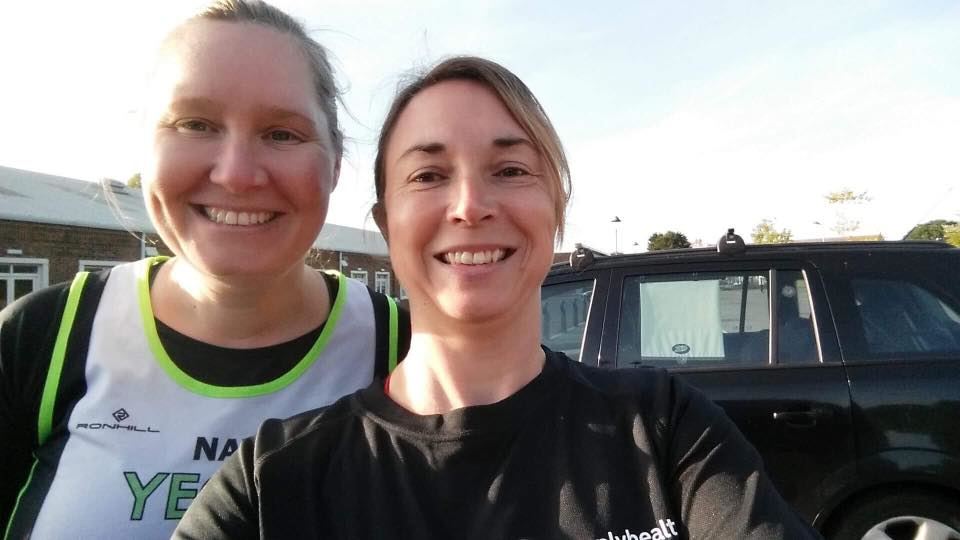 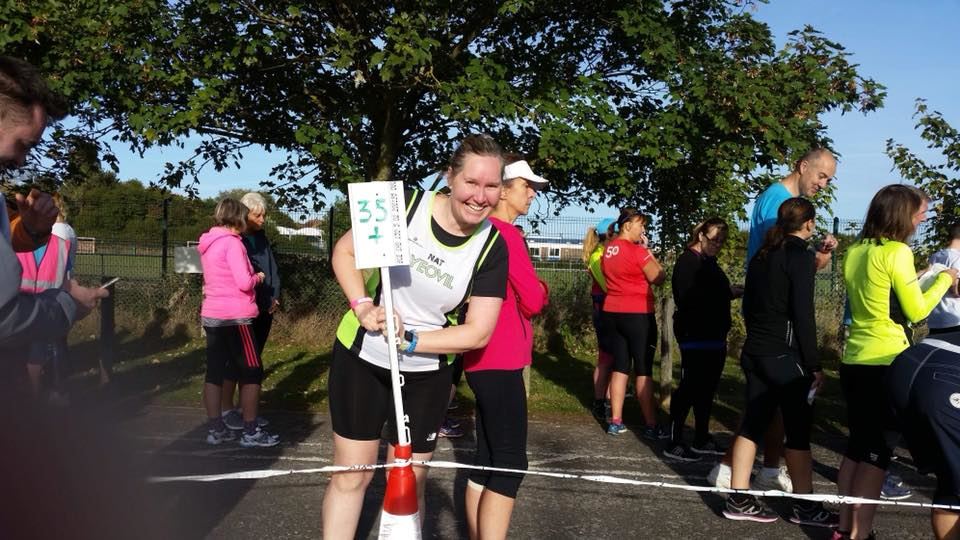 PUB RUN – STOFORD (27th September 2018)
This Pub Run was organised by Phil and led by June. Quite mild and light to start with. We left the pub, and ran over the road bridge heading towards Clifton Maybank. Just past the corner we turned left and ran across fields. There were nettles between each field. We crossed a river via a large metal footbridge and entered Bradford Abbas in front of the church. The sunset views from here on were stunning. We ran through the village out to Manor Farm, then did a loop back to Coombe, and back into the village. Stopping on the railway bridge, the tracks went straight westward into a red sunset. A small glowing ball just above the horizon was either a planet (possibly Mars), or the International Space Station (shown below). We ran on back into the village and cut across a small field taking us back to the road. We slogged along the winding undulating road, going back to Stoford. It was nearly six miles. In the pub, partway through the meal, there was a power cut. The head torches (and fork handles) came in useful. The landlord came in and said we looked like a load of glow worms. It was also Paula’s last Pub Run for a while. Her attendance on Thursday nights will be missed. 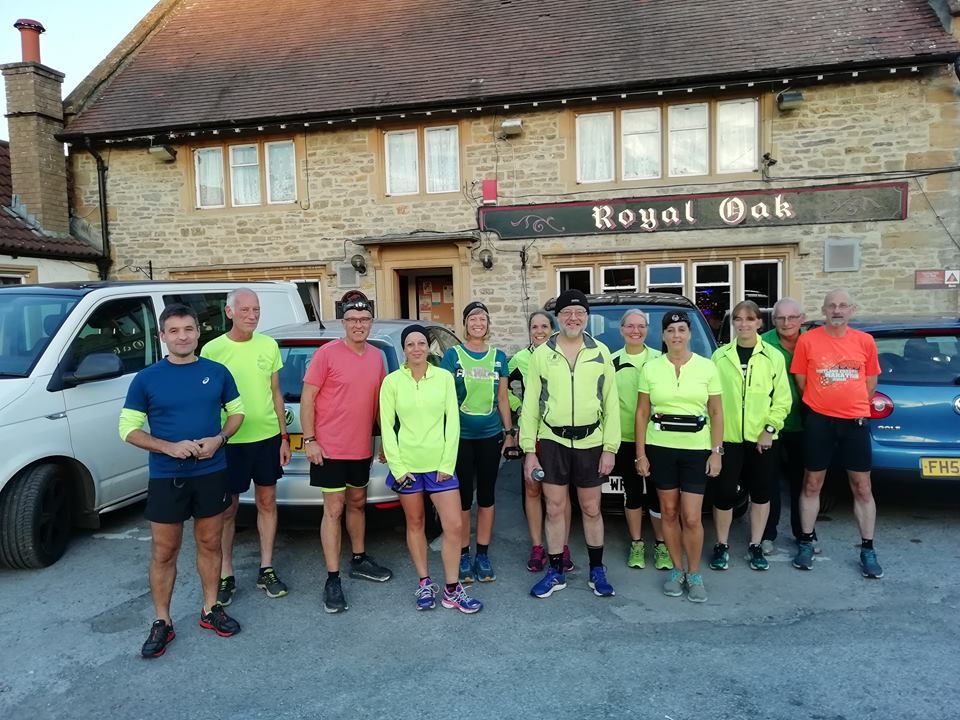