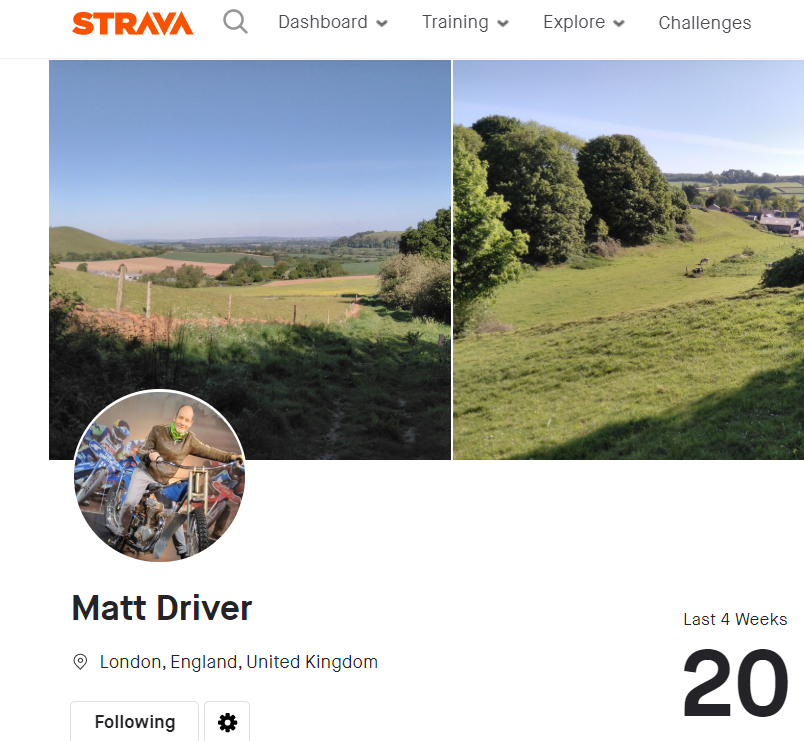 Matt Driver has now joined the YTRRC group and waited to the last minute for today's run so he could get into 3rd place... Matt will be overtaking me next week.

From 'Strava' Matt: So a few of us signed up to the Lands End to John O'Groats virtual run and this has meant I've got to be active on the dreaded Strava jobby. It turns out this is quite good for motivation as I've managed to top a leaderboard, unless Bungy Williams or Stephanie Lara go and find a cliff to run up! Apparently, I'm 112th on my way to Scotland, as I'm just about to leave Dartmoor after 105 miles in two weeks! Next week, I'll be winding it back a bit (or at least that's the plan) as I've never hit this sort of mileage before, and I need to be rested for the YTRRC men's relay.
I'm loving the scenery in the meantime - Egret, Moorhen and chicks (two broods), Weasel, Water Vole, and more pheasants than you could shake a stick at!
What I'm not loving - Strava not connecting and Garmin stopping (as today)! 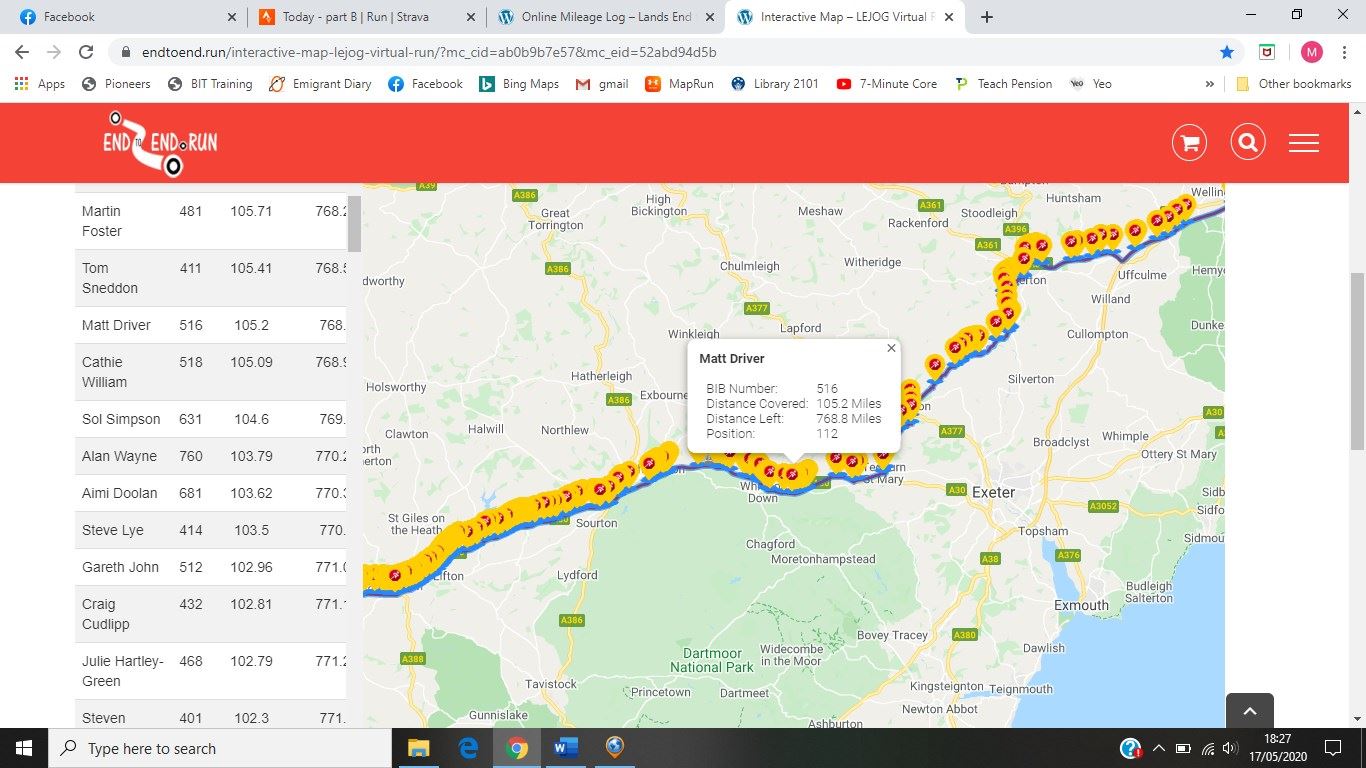 What Can You Do

From Claire: All our runners are back.....here's the race report, its a bit long, but there isn't much else going on so sod it! There is photographic evidence to follow.

Here is the Video

On Saturday 16th May, 20 brave women agreed to a hair brain idea of a virtual relay, actually stolen from many many other clubs, but it didn’t take long for YTRRC to put our own spin on it and chose to virtually pass booze, hats and rubber cows (not chickens).

Helen andLesley kicked things off early with a dawn double out to Mudford and back. Deborah pushed herself, and smashed her goal in 40 mins. They all deserved their virtual retreat with Tarynafter that. Sharon squeezed in a quick very nearly 2 mile run before setting off for a day on the bike (no doubt a cider breakfast helped her on her way). Dominique had the lucrative parkrun 9am slot and ran the C course of Preston road.

Claire Church kept us in suspense – where was she? She hasn’t reported in yet? Ah, she was juggling a nice bottle of white round the mean streets of Chilcompton. Nichola took the bold decision to take child, bicycle and dog with her, and then made the admirable choice to pick up her injured child rather than chase down a PB! Lots of strava medals though, so all was not lost. Jeanette put in a solid performance on the hills of Sherborne, the neighbours were very understanding as she tried to get the handover shot. Nat was next, so committed to the relay team, she had already put in her miles early in case injury came back (it hasn’t – yay).

Bon Nie Barton then flew round her 40 minute slot, reigniting her running mojo. Marie wasn’t hanging around, she put in some seriously quick miles around the lanes of Dorset. Angela next …. What can I say…. How she managed to stay upright let alne run after a bottle of rum is beyond me!! After much deliberation, Claire Shucksmith went with a rubber cow baton, right decision as it pushed her on to speed through her 20 mins.

Rachael and Anita crossed paths in Ninesprings, good to get a swan update, but I think we all got a bit misty eyed when we saw Rachael and Anita actually running together (yes, 2m, of course). Then it was my turn, I was having so much fun cheering everyone on, I had to set an alarm to remind myself when my leg was. Linda brought a touch of class to the whole event, with a Champagne baton! Wanting to get it home in one piece did the trick though, that was a speedy 20 min leg. Taryn planned a lovely trail route for her hour long stint, and showed excellent hosting skills offering both water and bubbly to Paula. Catherine has found the time to put together our awesome video (thank you, you’re a star), and knock out a brilliant run.

And last, but by no means least…..bringing us home, the birthday girl…. Donna. Why you’d want to spend your birthday with this bunch of loons is beyond me!!

We’ve covered 74.68 miles in 13hours: there have been PBs, strava medals, near misses and a LOT of messages (sorry, hope you all know how to turn off notifications now) What a lovely day it’s been with a fantastic bunch of women. Supporting each other, laughing and breaking up the lockdown drudgery.

Now it's our turn boy's so Steve had sorted a list out for our reply and to out do the girls we have Steven Spielberg working on the video.

From Lesley: Helen & I completed our virtual Yeovilton 5k this afternoon. This faster running lark after doing online classes is tough. However, it's keeping us busy and motivated. 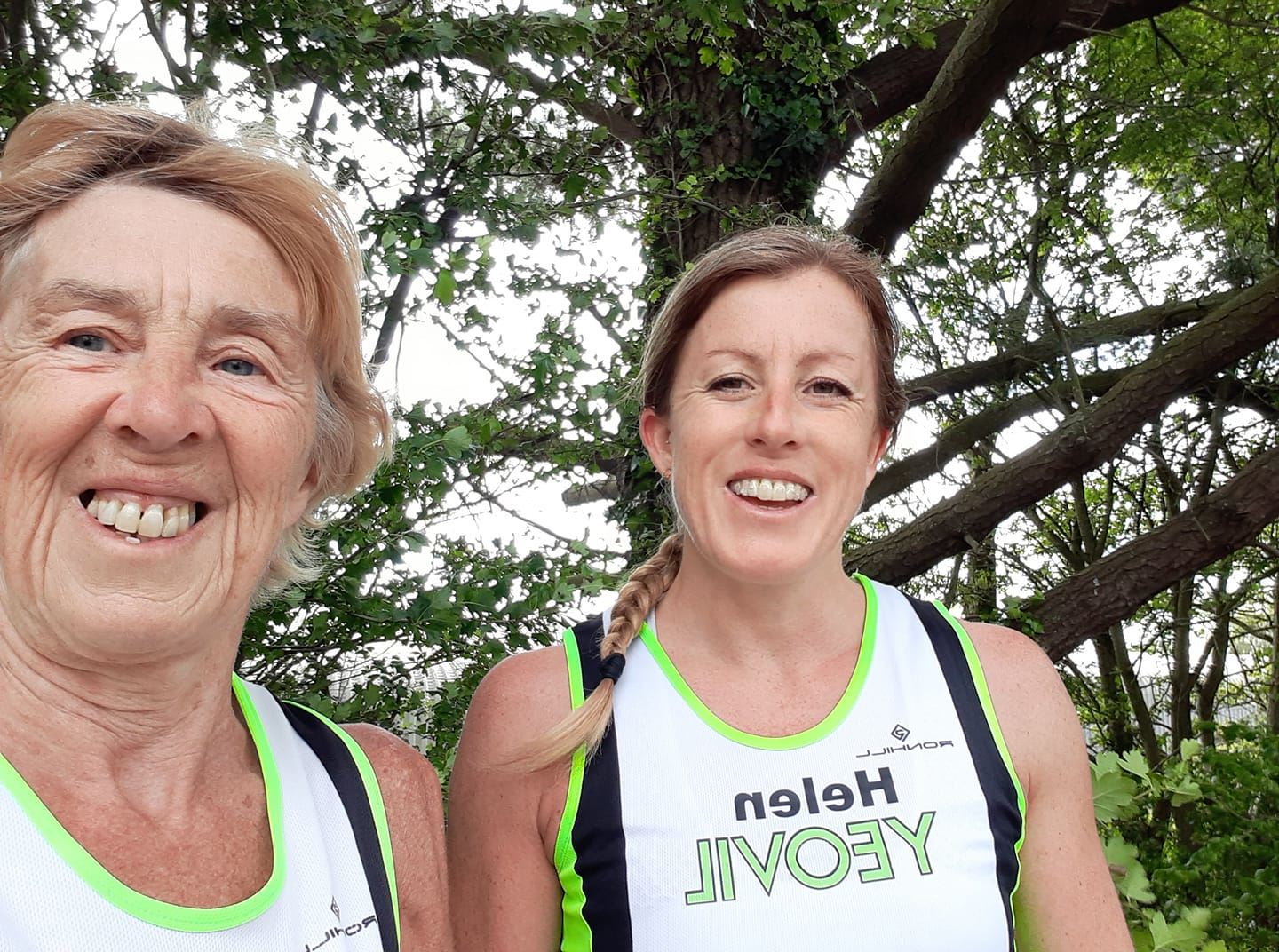 From Holli: We did our yeovilton 5k last night... a bit longer, and a bit later... but oh well! 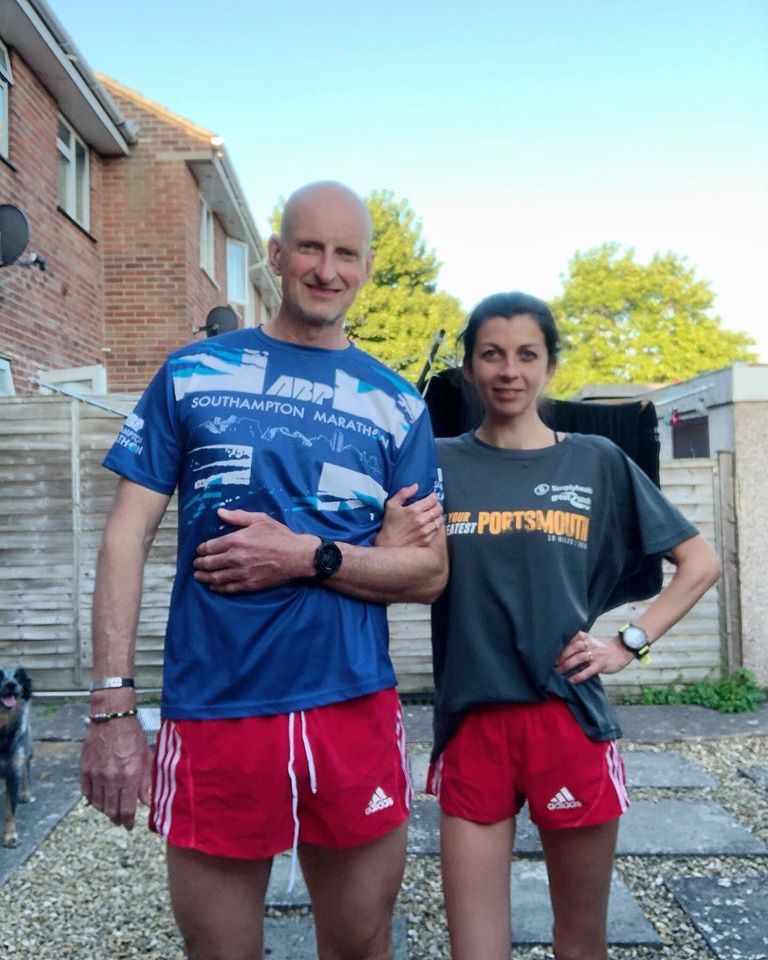