Another One Makes John oooo 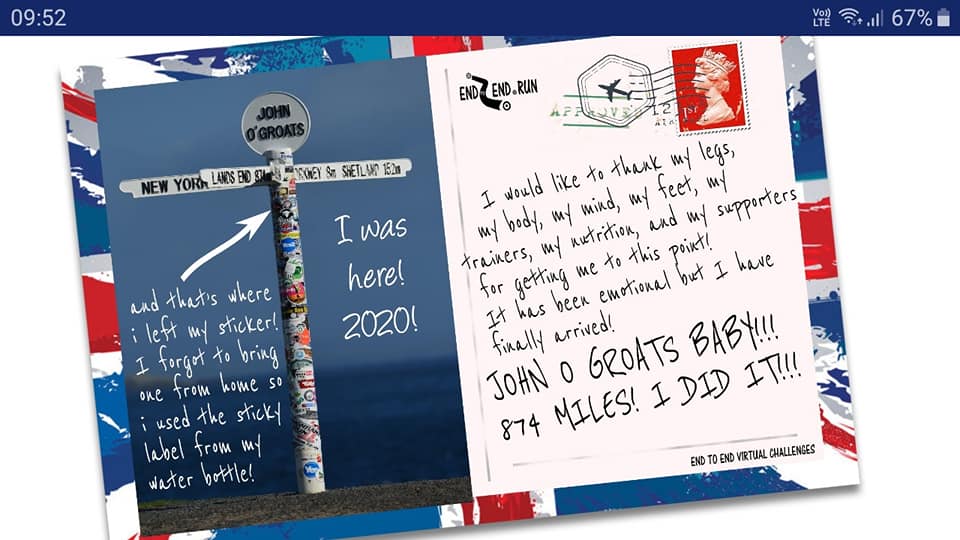 I tried to get a newsletter out this week for those not on Facebook and do not check the website that often. I hope to send this out once a month using MailChimp. To subscribe you need to go to the website and add your email address. I would like someone to take this on to share out the work load, it is all done through MailChimp. If you would like something added to Septembers then let me know.

Another great turn out on Tuesday for the Club run, we just need to be a bit more Social Distance aware when at the Football Ground.

From Matt: Return to YTRRCrun #2 Group A1 and Group B, had a wonderful run this evening taking in a few of the Full Monty hills going to St Michaels Tower and the Ham Hill Monument. Team A1 included Jackie, Bungy Williams , Frances Malin and Abigail, but we were followed (at a safe distance) by Yunmi Jang and Richard Clayton leading group B. All went went and photos taken at the Tower where we captured live footage of the wasp that stung Yunmi Jang!

From Gav: Personal achievement klaxon. Longest ever run this morning . 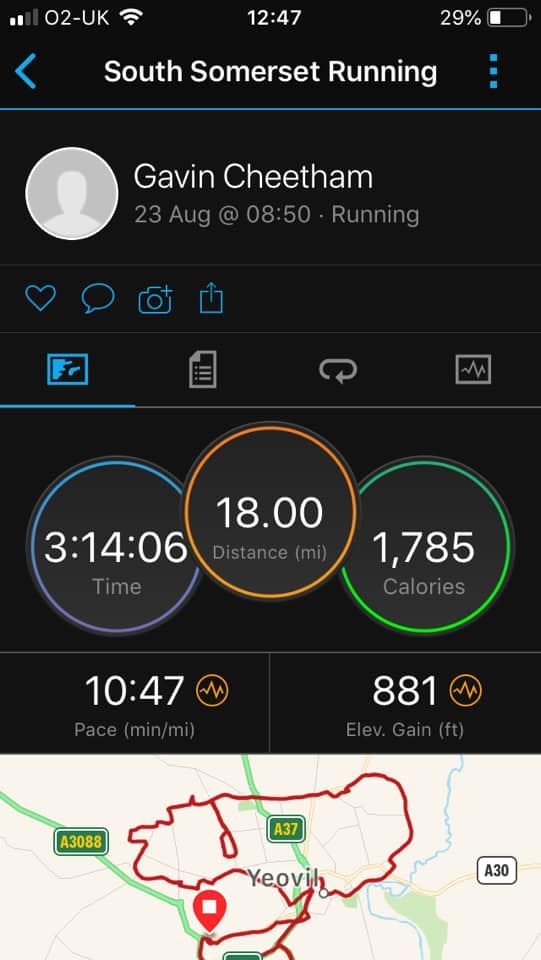 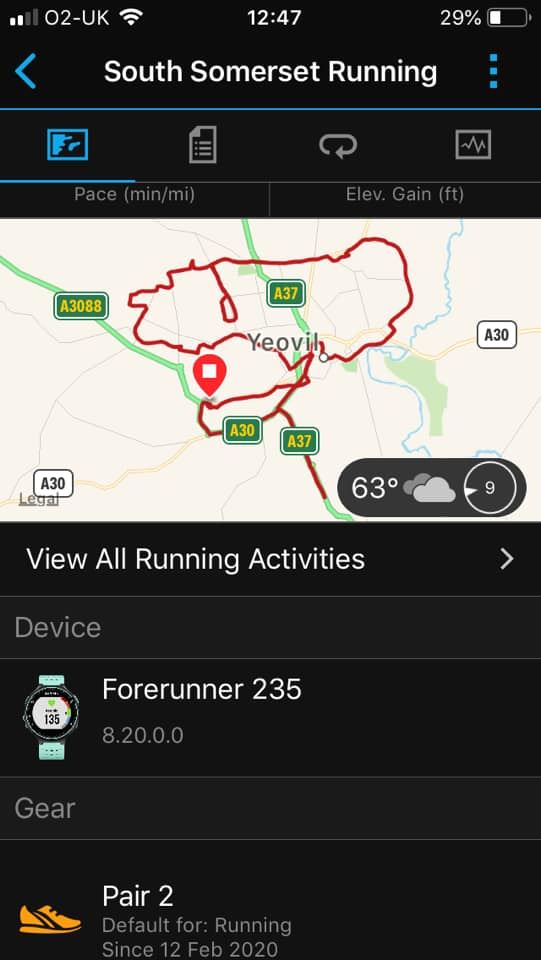 From Kev: So Monday 31st August ... should have been Baltonsborough 5. You can now do the " Infamous " Trinidad and Tobago Independence Day 5 instead ... take in the atmosphere and ambience of this thrilling new Championship addition .... Bonus .... This race has exemption from 14 day self isolation rules ( as per Government guidance). So pick a route ... fast and flat .. warm up ... race a buddy or pace a buddy .. This is the last " virtual " race from me as hopefully events are or Can come back . 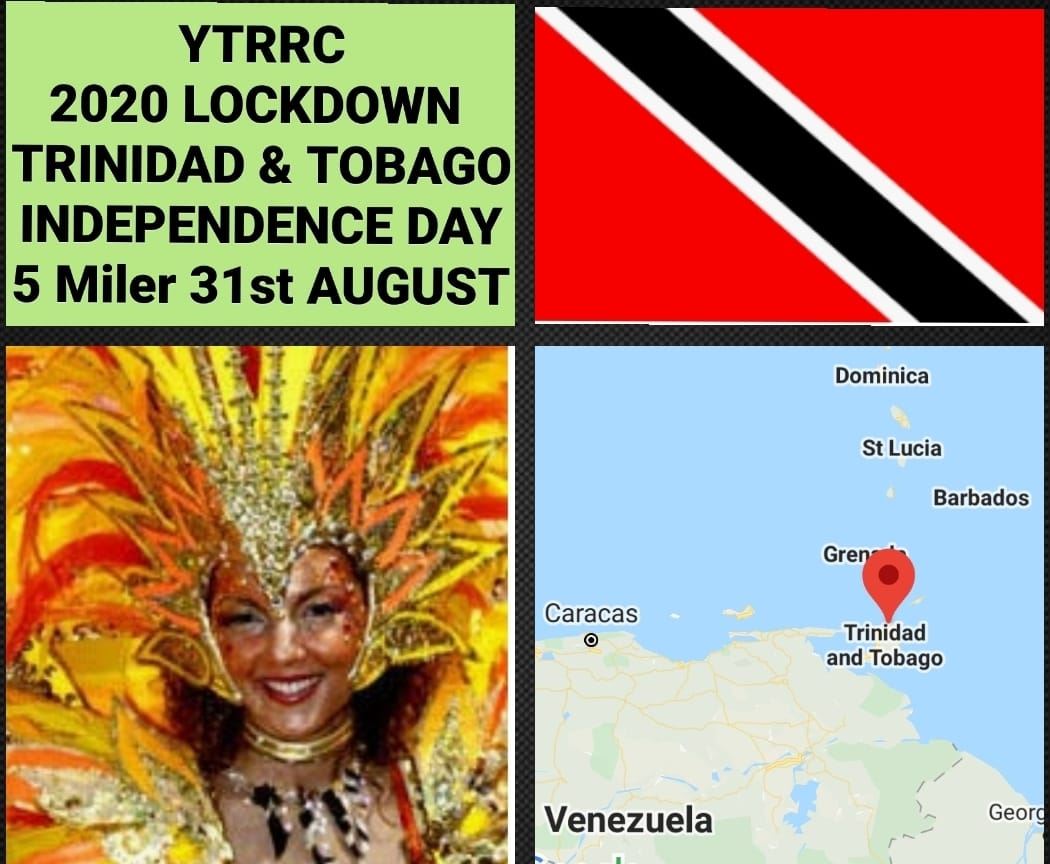 Kev was also busy this weekend getting these through people doors: 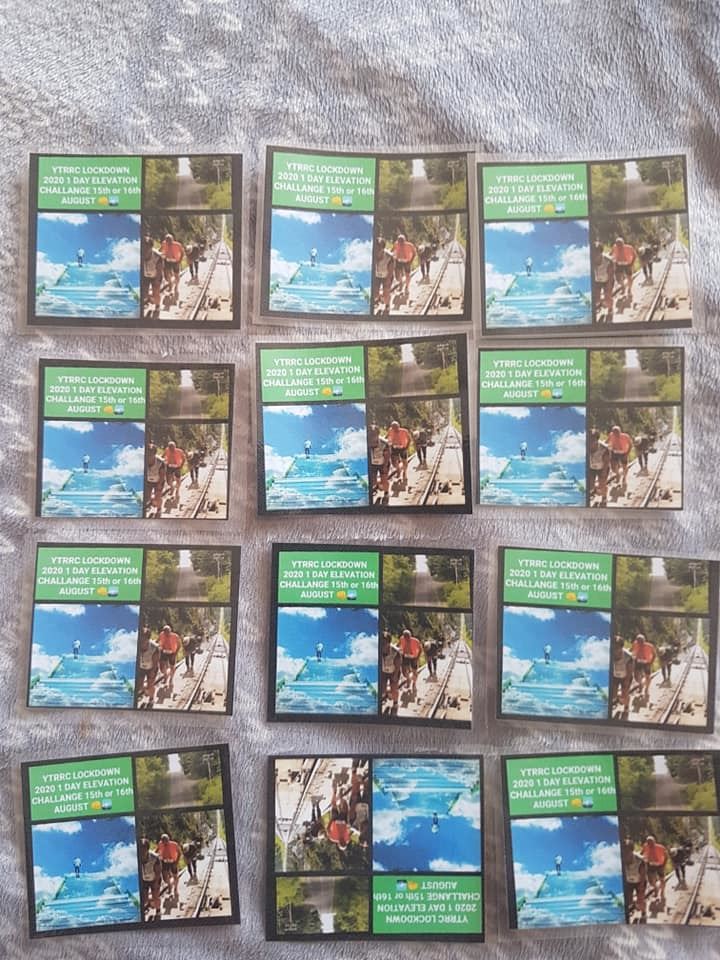 Thanks Kev from all those that took part

From Steve Lye:  That's it done. 16 weeks and 874 miles. This and writing dodgy songs! has kept me going over the last 16 weeks.

Some stats (because everyone likes stats - got a great spreadsheet - I'm great fun at parties!!!)... 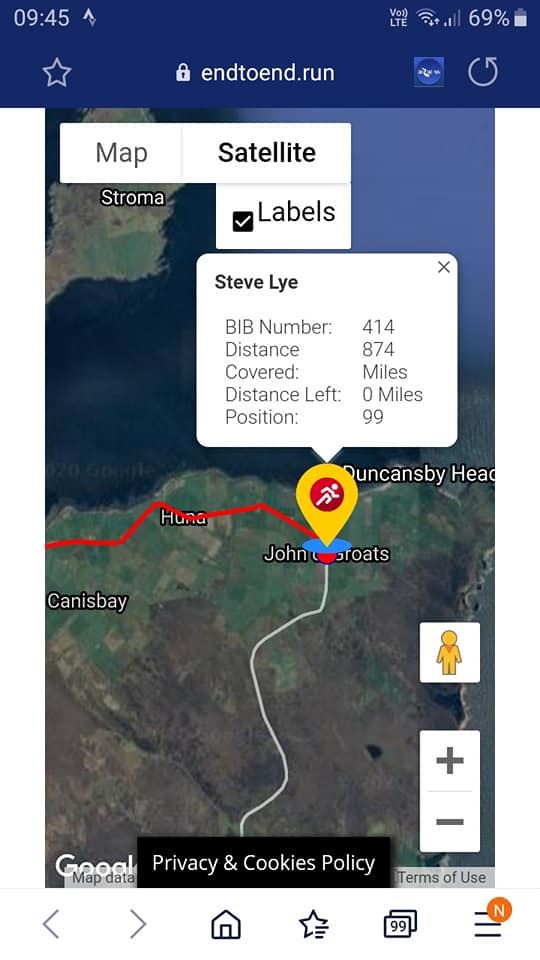 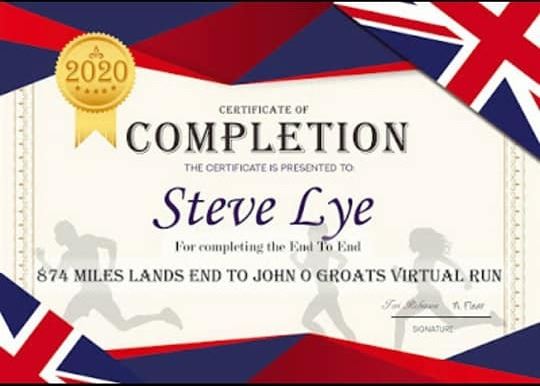 Meanwhile on the Wales Coastal Path....

From Nat: Today was another long run, which setting my alarm at 6, didn't quite make out of the door just before 8. Matter of weeks for the virtual London Marathon decided to hit the road and do 12 miles, which was mostly walking , was enjoyable but I knew I could do better I guess mind makes a whole lot of difference, I know I ain't gonna be fast.

Anyway having this Wales coast to coast challenge which I have no idea why I joined up , as I haven't done anything much of late due to 'life getting in the way'. I put in the millage to get me moving along the scenic coast line.

Had an email with this lovely post card, covered 106.35 left 763.65...which cleared me up no end, after all them hills it just felt like I was in Wales 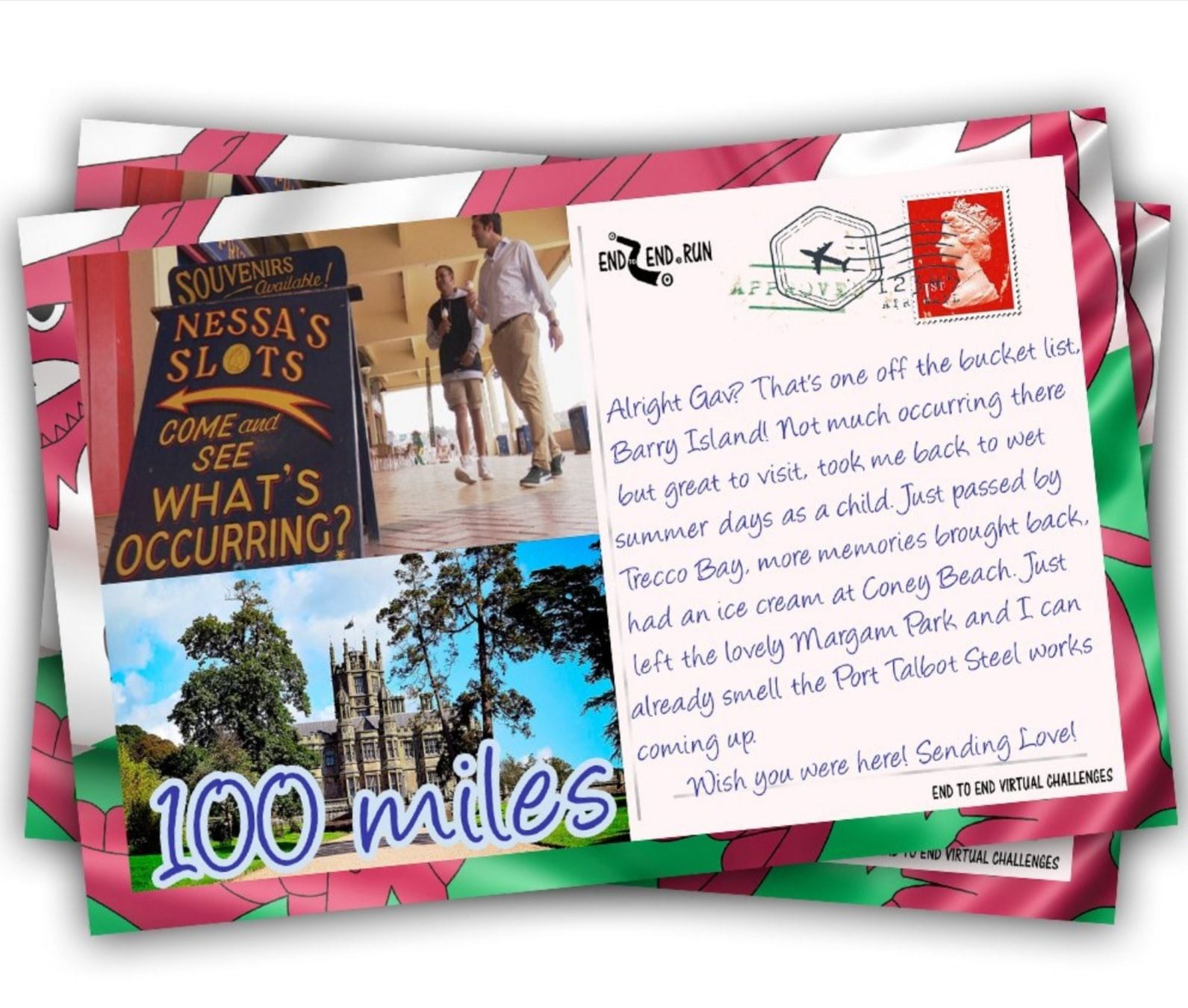 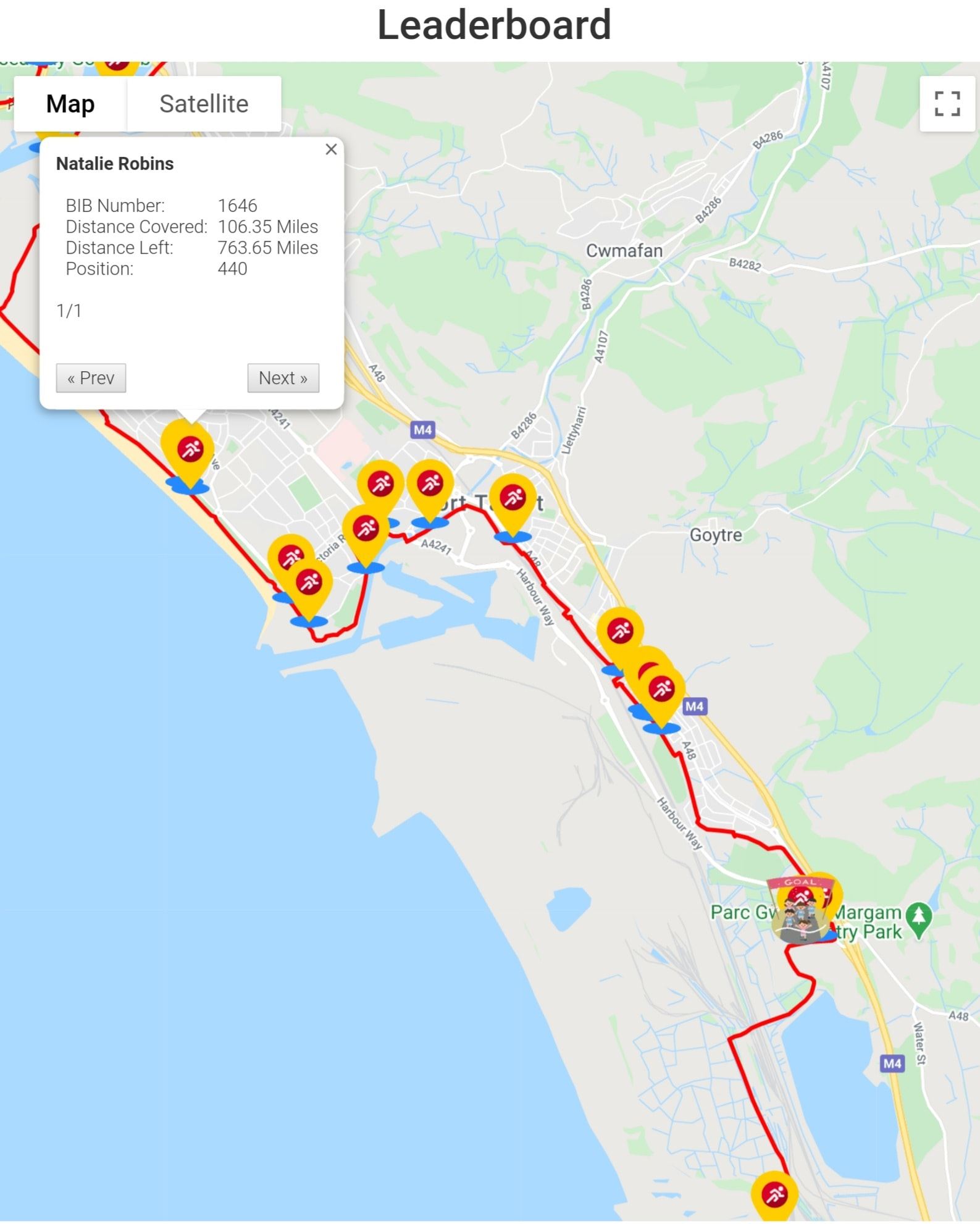