All the Way to Bridgewater 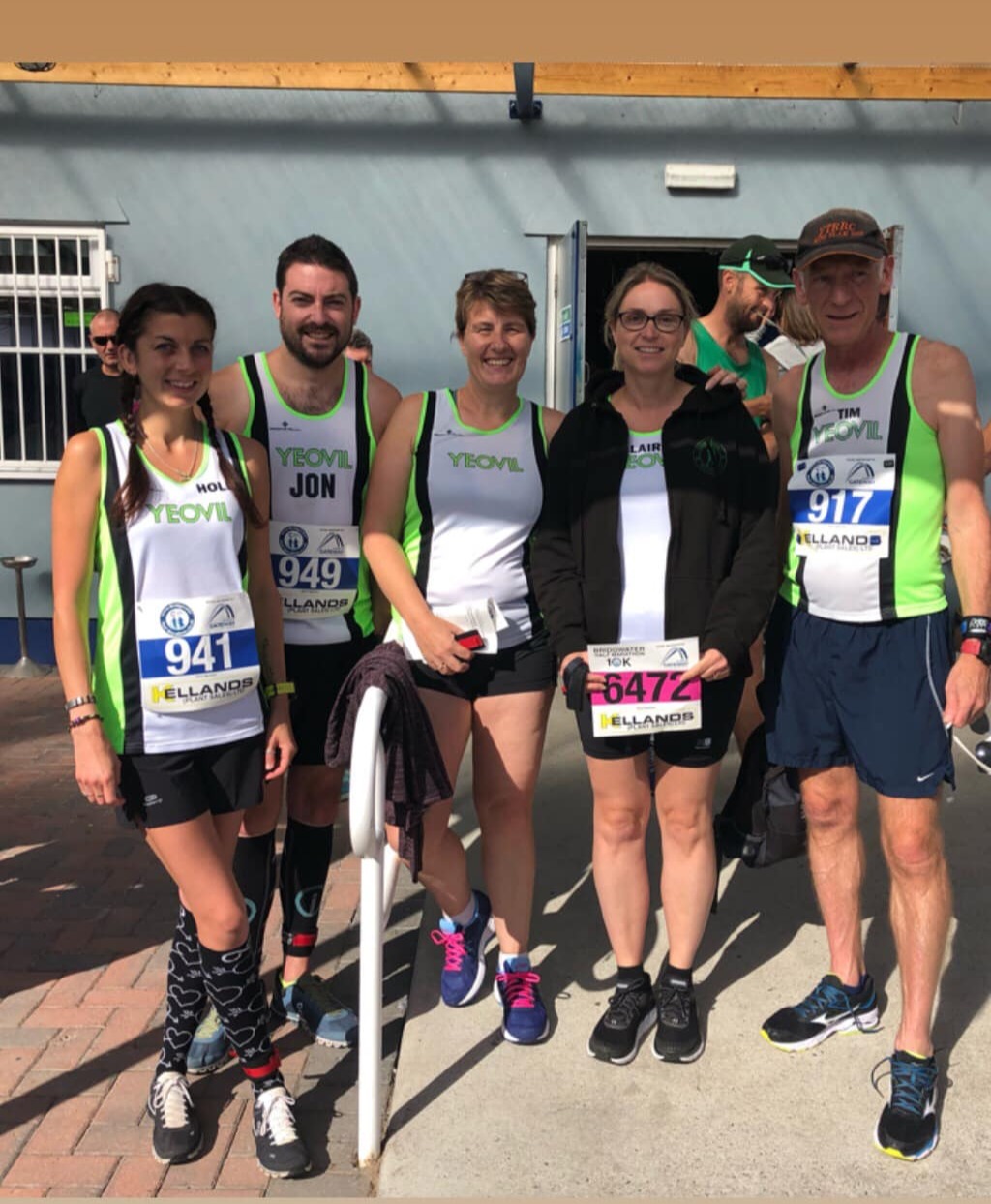 Took the Yeovil vest for a spin around the Carnival Canter in Warminster today. It was brilliant to be running in the sunshine again, following a couple of months of illness and injury. I'm not exactly racing fit yet, but this 10k was a good return to what I want to be doing. No idea of the time as the results aren't up yet, but so happy with a trouble-free completion. 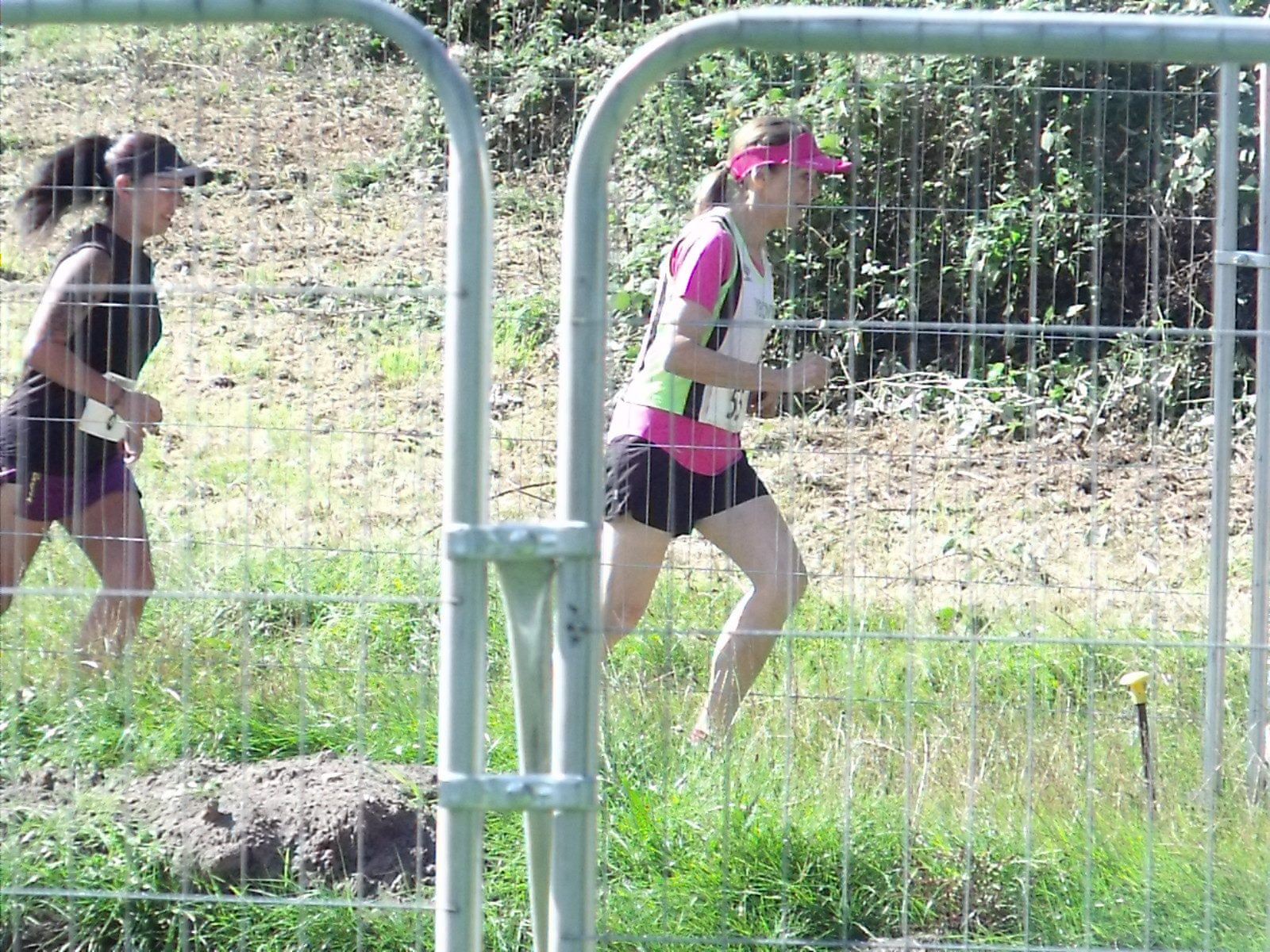 All YTRRC members are very welcome to run [male and female team prizes in the 8mile race]. However if you can't or don't want to run but can help - marshaling, finish line etc please can you let me know.

Read the menu for a full description if you need to. The link to those that won an award last year, you do not have to vote on all the awards if you are not sure but please vote.

Bridgewater Half, 10k and 5k

YTRRC covered all the distances at Bridgewater today. We had 1 chap in the 5k (not sure of his name, maybe Daniel?), Claire and Sharon in the 10k and Holly, Jon, Malcolm, Tim, Murray and myself in the half.

The half was along quiet country lanes and pretty much traffic-free. There were a few hills to make you work and a headwind for most of the 2nd half to battle (but it kept the heat off!). I came in at 1.31 (and a little bit) so getting better (especially after Friday nights partying!) but still work to be done and Malcolm was next with Tim hot on his heels. Holly and Jon came in together with Holly equalling her p.b (👏), and Murray completed the green and white contingent. There was a water station at mile 2 and a sign at mile 4 or 5 saying water station ahead but it didn't appear until mile 8 or 9 do it was much needed. 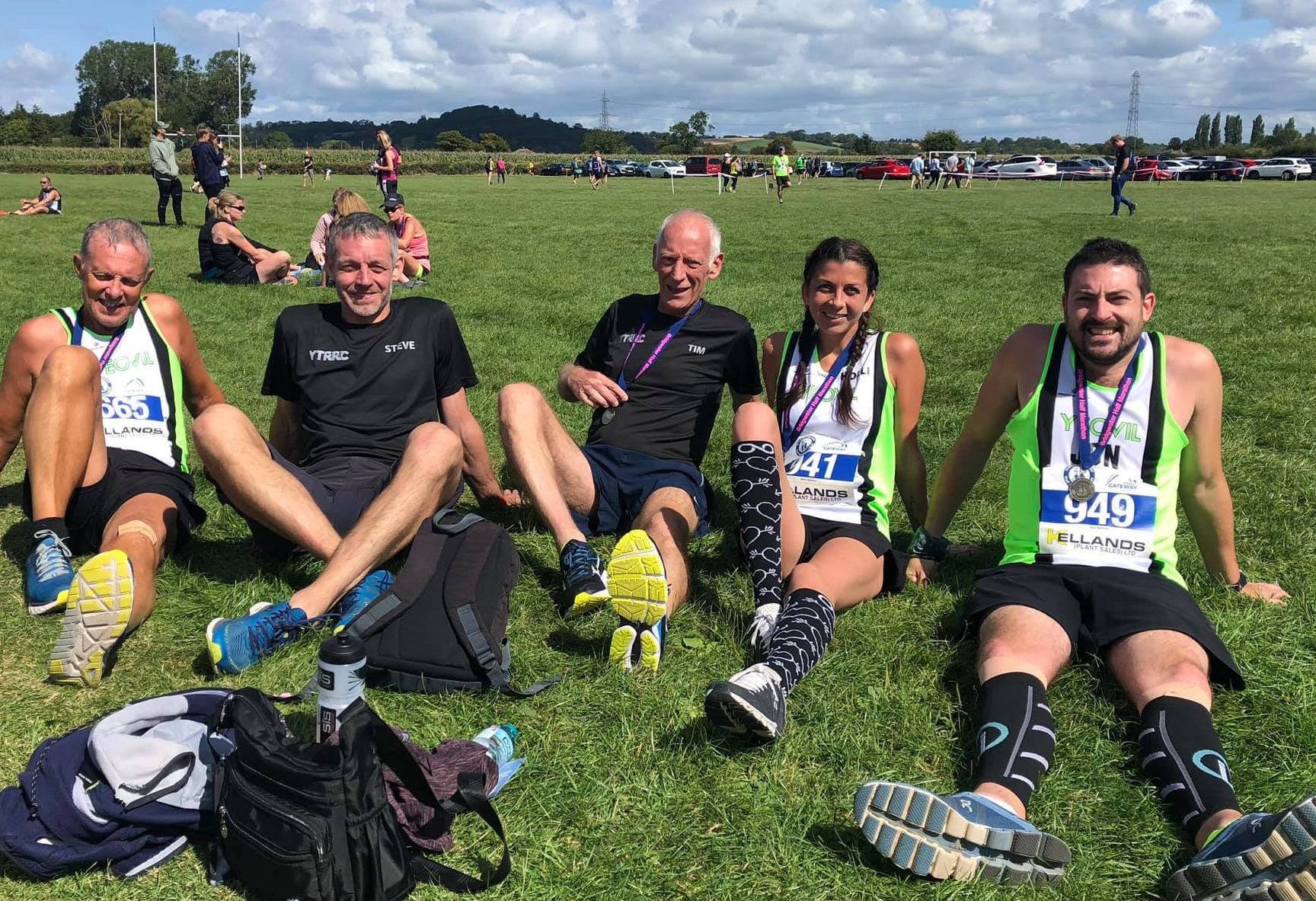 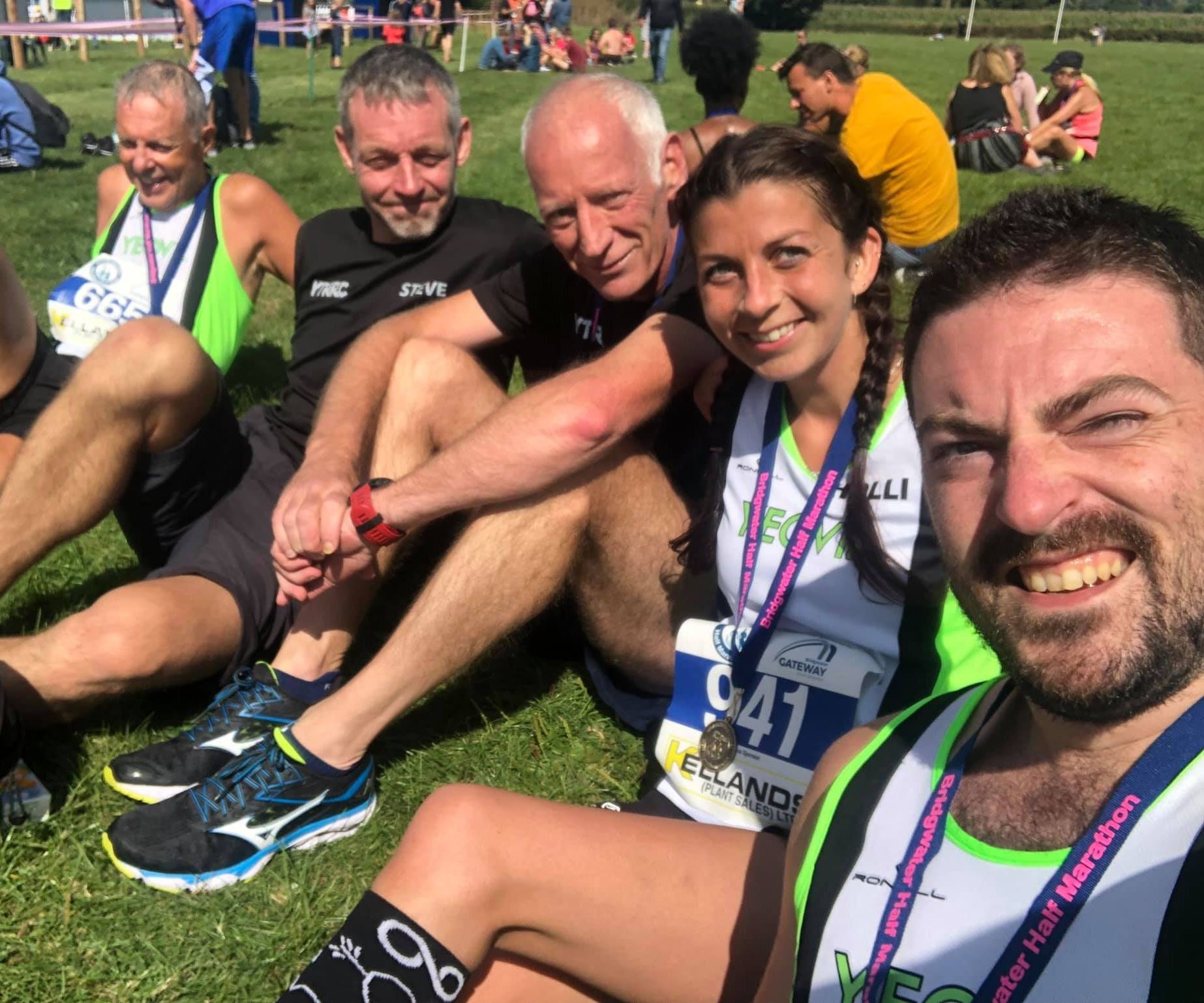 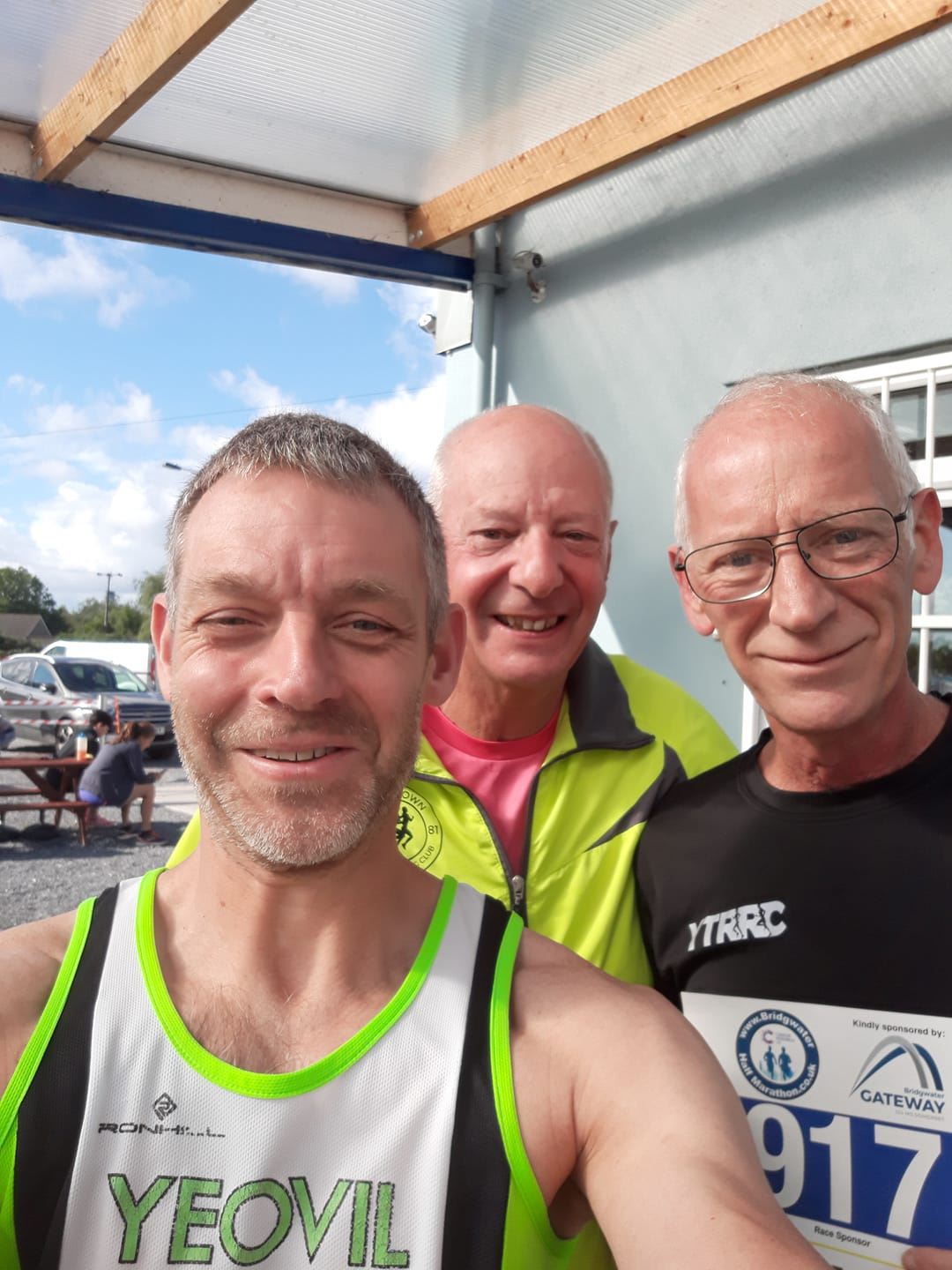 From Holi: An outstanding achievement of 4th place in the Conquest Of Avalon ultra today despite horrendous preceding circumstances. Super proud of you buddy! 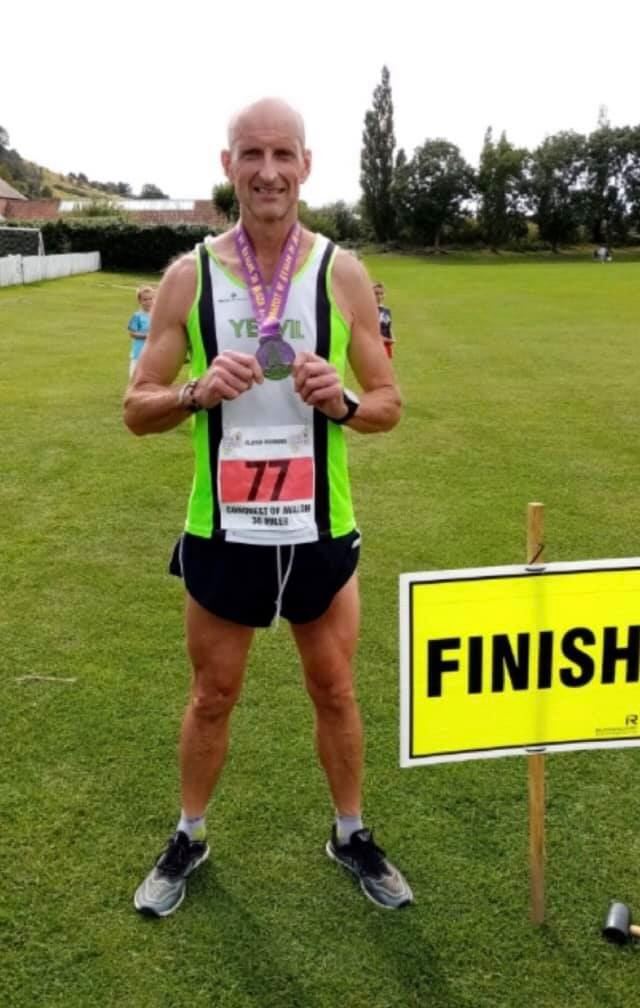 From Lindsay: We did Eden park run this morning. 117th and 118th place out of 306 runners with a time of 26.35 for me. Great run, 3 laps of the project, with a lovely bendy uphill which you have to do 3 times lol. Once to the top, it's a nice downhill for a while. Thank goodness we finished before the heavens opened and thank goodness for the shower cap from our lovely bed and breakfast lol xx 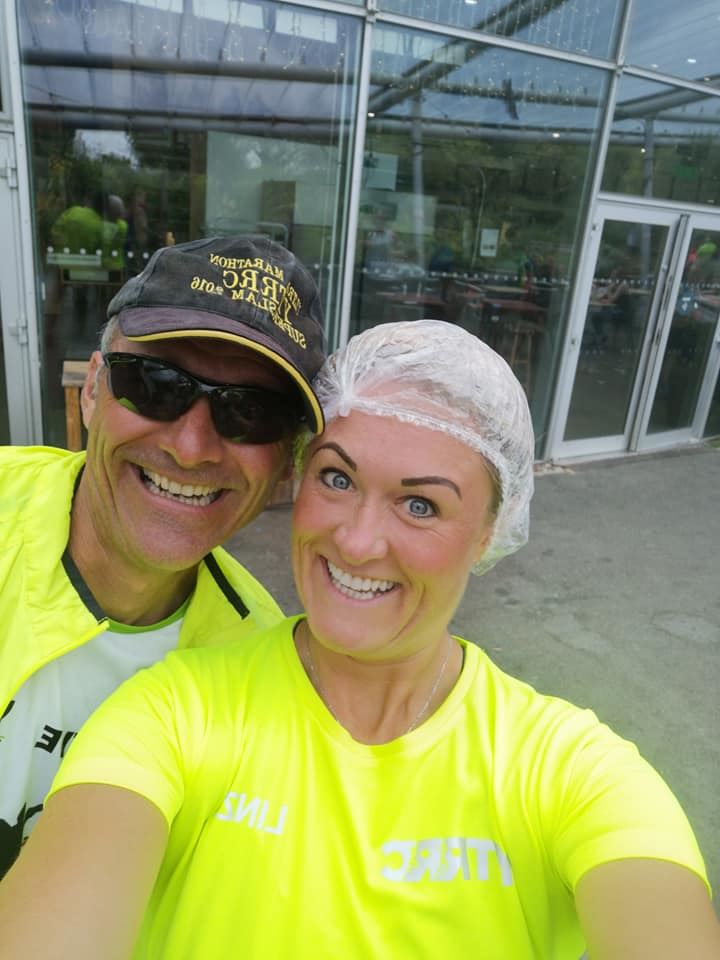 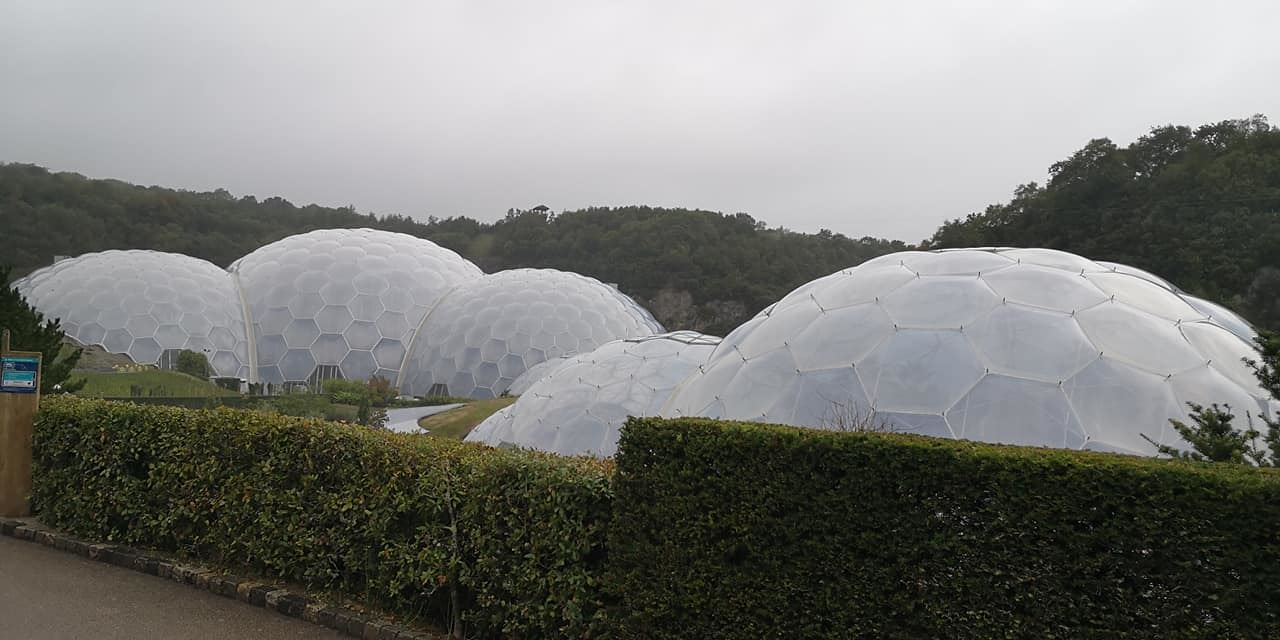 From Ali:  Cardiff Park run this morning at bute Gardens in the castle grounds. Another must. We even had a man juggling all the way around 👍🏃😂 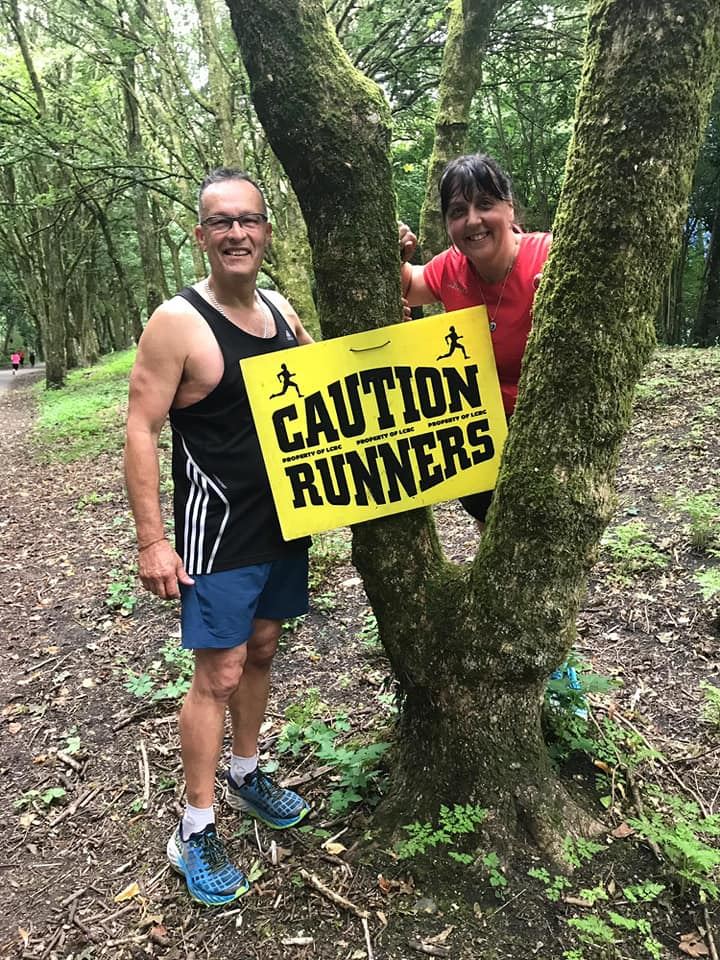 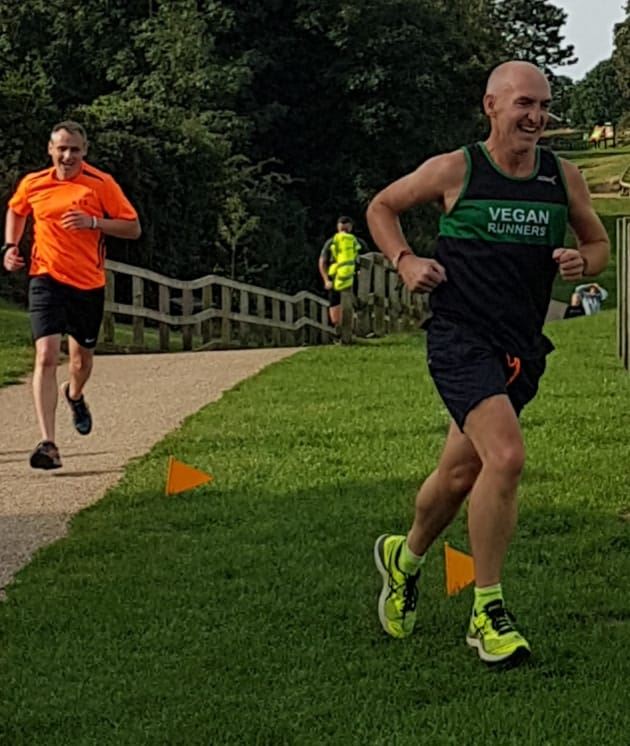 Andrew organised and led the main group of ten tonight. Before the run, it was good to gorge on the large soft ripe blackberries available in the car park. The main group comprised of Andrew, J.C. Tony, Kenneth, Jon, Holli, Louise, Kirsty, myself, and Simon. We started off running north, then turned right at Middle Gate. Further along the track, we met a woman in a car taking her dog (outside) for a walk. We passed some grand houses behind gates. Ahead were fine views of hills to the east and north of Somerton. Before reaching Somerton, we turned left and ran down Bancombe Road. To the left were wooded hills and the cries of a Buzzard. The view ahead with the lowered sun half obscured by one grey cloud brought on the feeling that humans don’t own the earth. It felt really atmospheric. We continued past Park, then turned left at the junction. Instead of climbing the very steep path, we instead ran south-westwards around the hill. We ran along a rutted grassy track partly through woods. This turned into a lane and we continued through the village of Pitney. We took a right turn and ran down to near the church which by then was silhouetted by the setting sun. We continued running past old and new houses, then ran back up the road we had come down. Thanks all, and Andrew for an enjoyable run. Thanks, Alison for the photo. 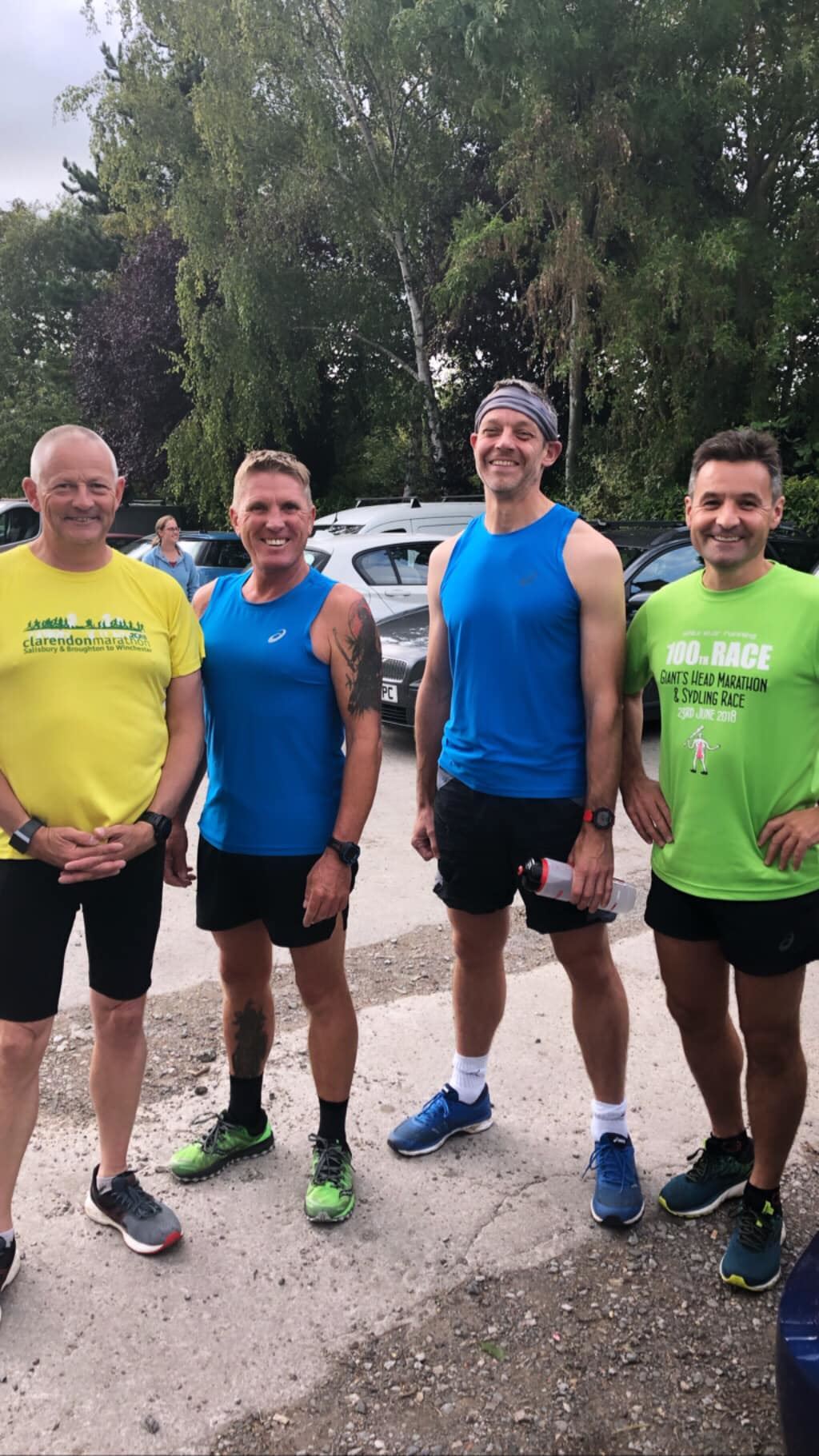 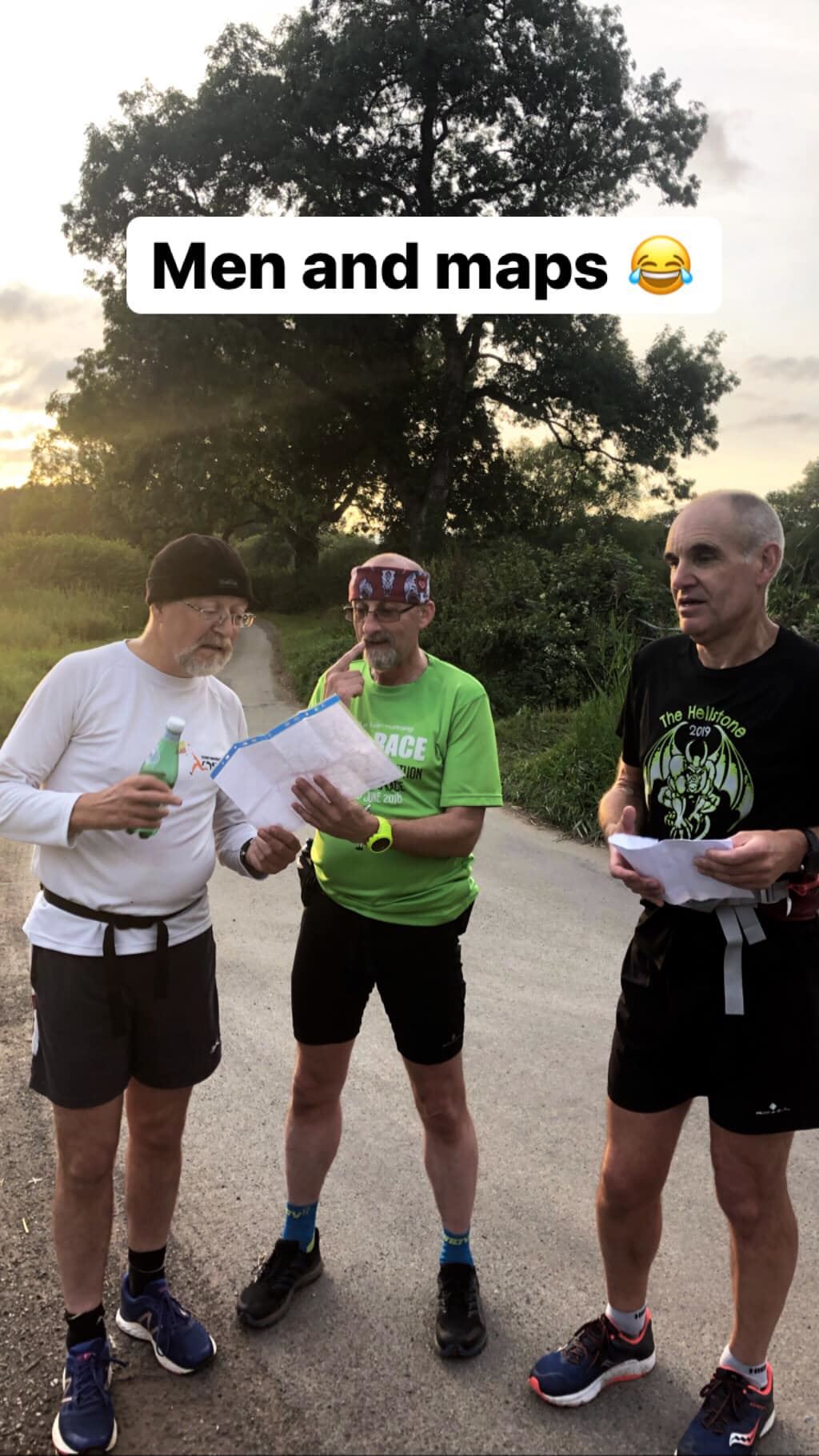