All Roads Lead to Ham Hill 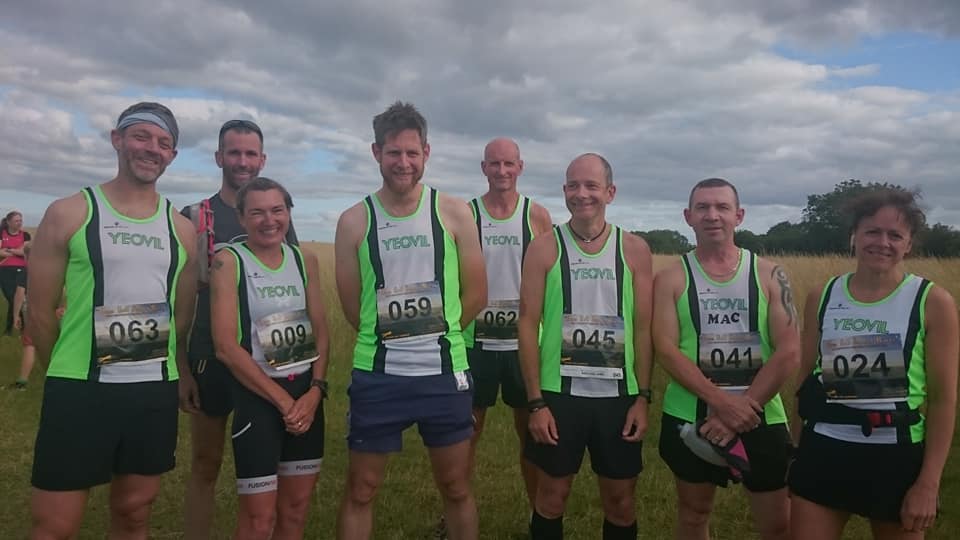 From Linda: The Ham Hill race was in 2 halts. Starting with the afternoon 5 and 10k race. The 19k went off first then followed by the 5k a few minutes later. This race was going really well, then some stupid people decided to change some of the signage by the park by The pub. So about 20 of the 5k runner were going the wrong g way. As a sweeper, I didn't realise that I was not sweeping all the 5kers until near the end. Nathan and the team sorted this out and Graham Still was put at this point for the next dusk races. Evening g race was much busier. I did the 10k sweeping this time and boy the first half was tough but so beautiful. Marshals were amazing around the course. Near the end, Richard Dodge who was sweeping the half caught me up and the 3 of us had a lovely cheer from the Group. Nathan Gardiner and Pippa Howarth put on another brilliant race and spoilt all the helpers with pizza and medals.

From Steve Lye: A nice 2 lap course, undulating with a bit of sheep dodging! I did a rather fine commando role descending one of the hills! Good results for YTRRC - Mark Pike was 1st Male 40 +, I was 3rd place male and Frances Malin was 1st in age group. 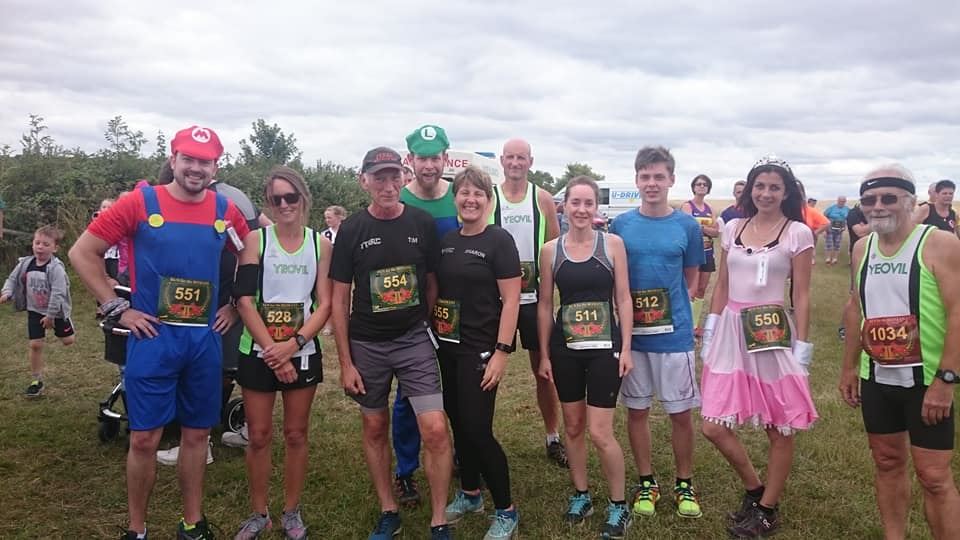 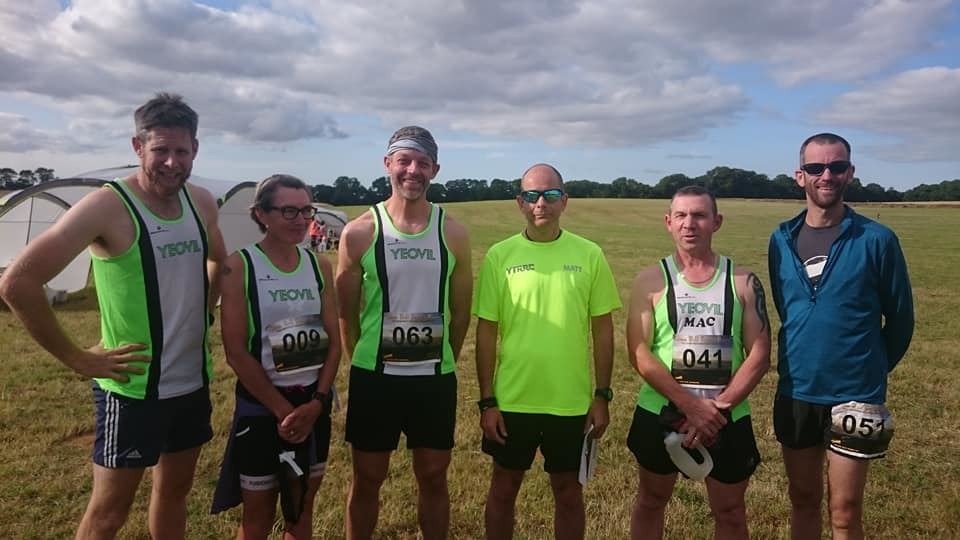 After much hype, it was Princess Naomi, Kingfisher off-road event along and around the River Stour and its associated woods, open fields and parkland in Bournemouth. Running a 7km out and back, then the regular loop on the first lap followed by 7 further 5km loops on a warm dry day. A really well organised event and lovely views. All the entry money went to a local charity for mental health as well. 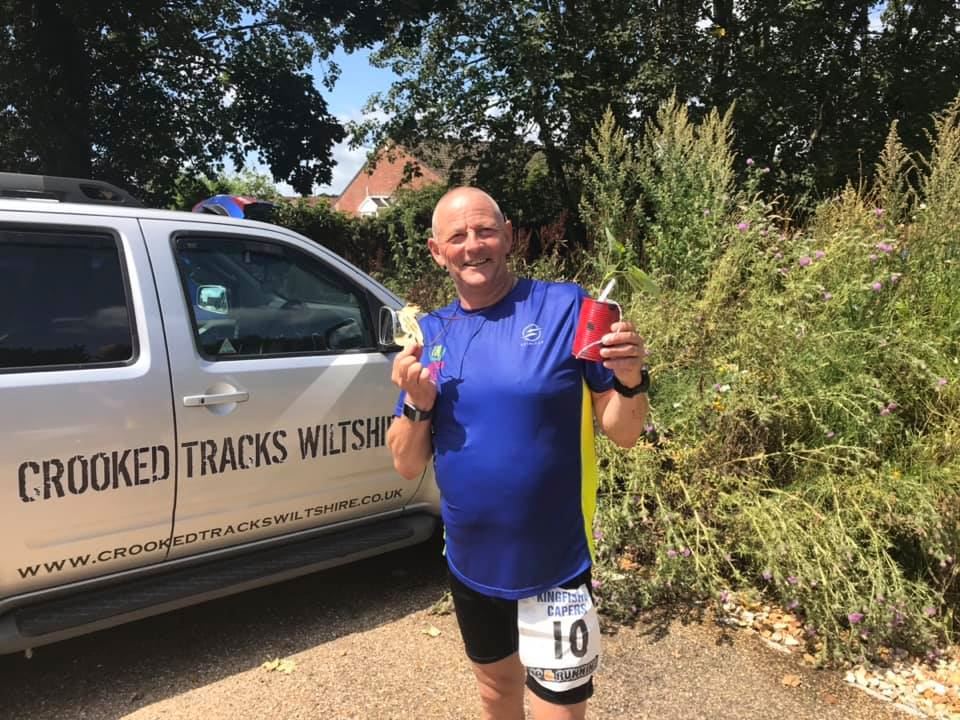 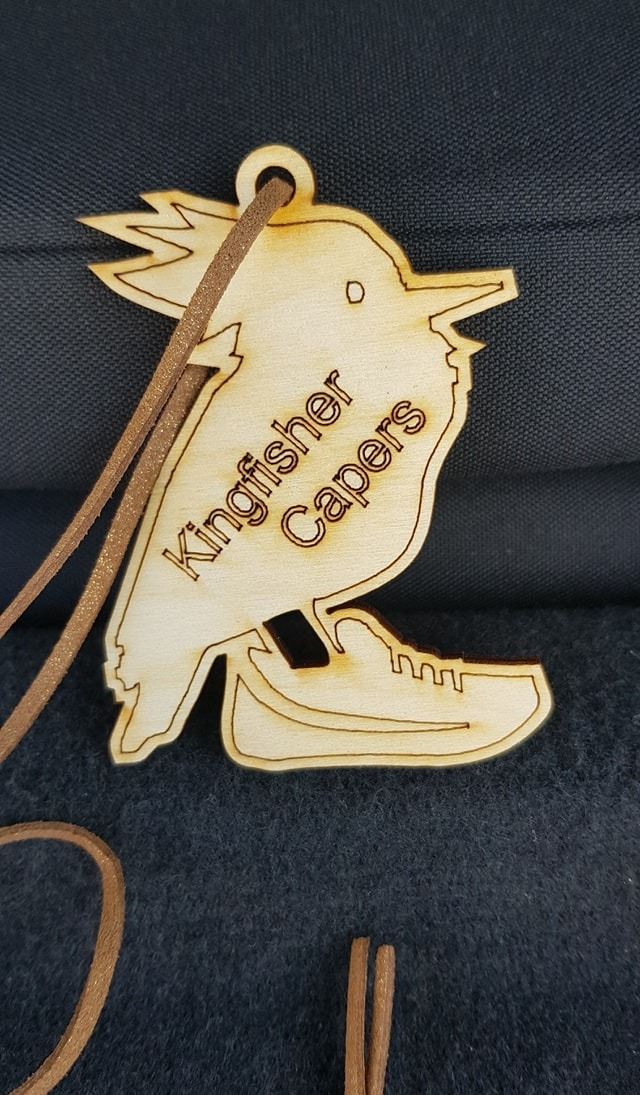 From Lesly: Teignmouth parkrun done. Tony did it too - his 4th I believe. 2.5 laps along prom, therefore flat! Lovely to be running with the waves lapping up and, of course, a good start to the holiday. 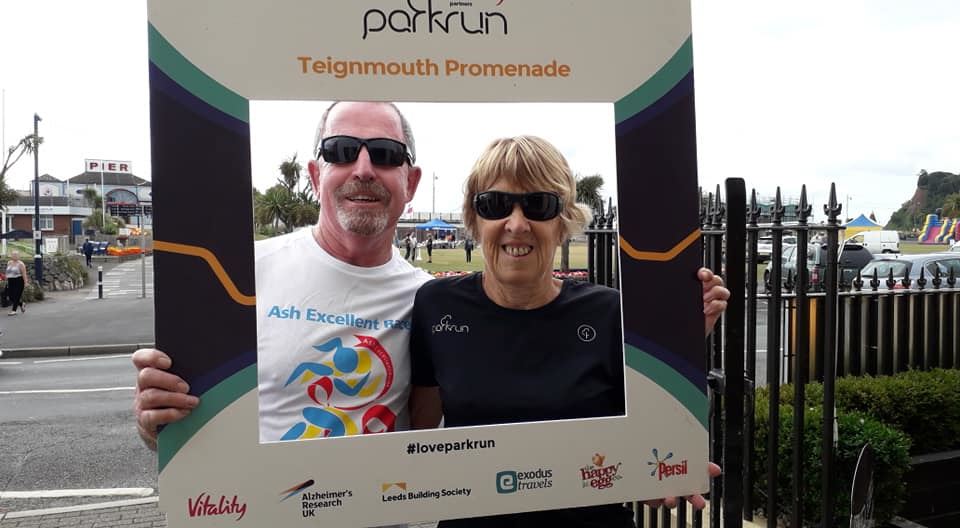 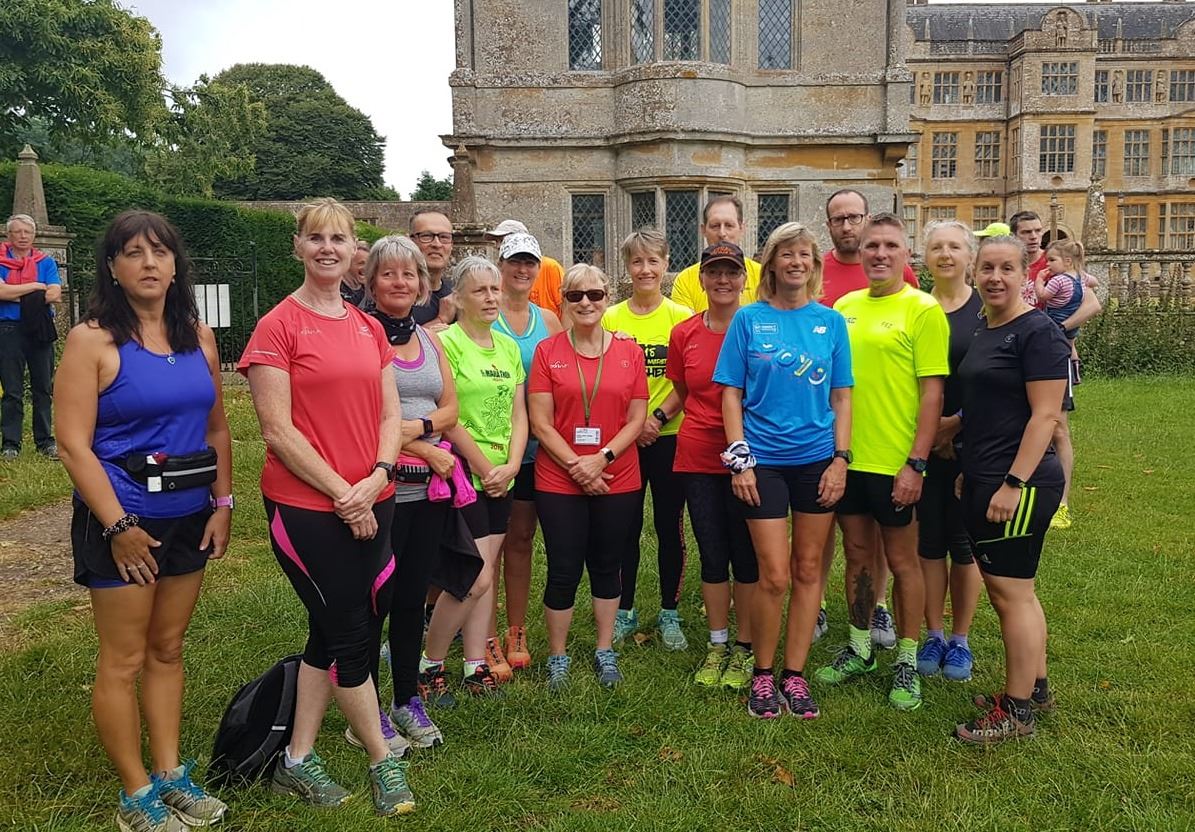 From Jeff Watson: YTRRC championship points chasers do the Buckland Bolt 10km Whoever set this route is a git 🙄It was tough multi-terrain race. Fields, road, track, trail, bridges and through the woods.
It was either uphill or down hill on the whole route, the ups were long steady inclines and the downs was short and steep.It was very well marked and plenty of marshals. A lovely but tough little event in support of the local school. With a quirky finishing award. Well done to Paul Card finished 3rd overall. Helen Nesbitt and Samantha Lloyd.
Helen and Paul won further quirky awards for the age category too.
Thanks and well done to Simon Rowbottom and Nikki Guiver. They took part in the 5km event also collected awards. Also thanks to Simon and Nikki for supporting the 10km runners 🏃🏃😀😀 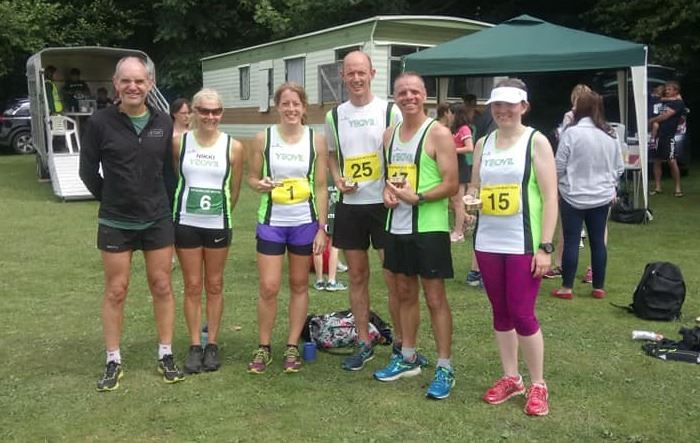 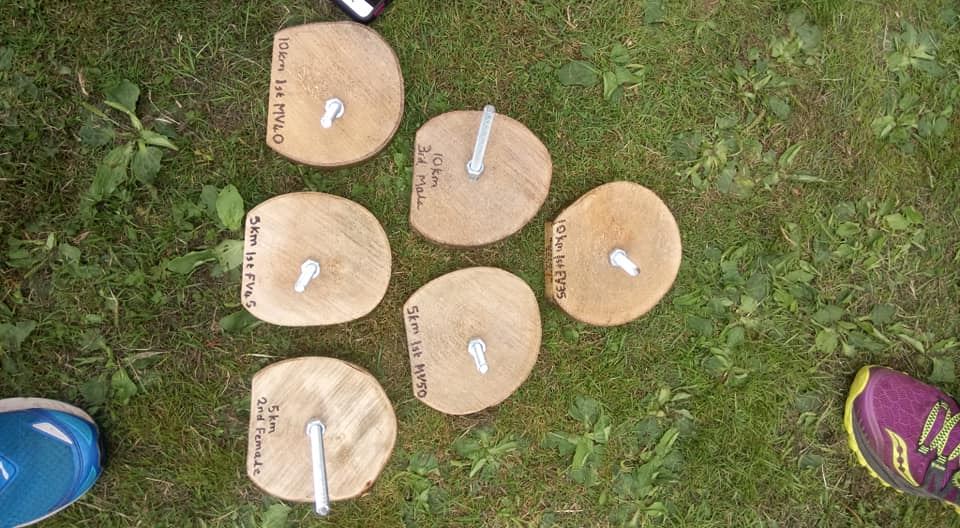 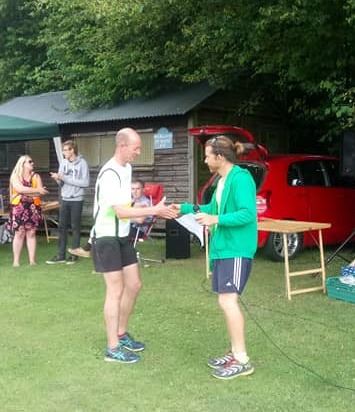 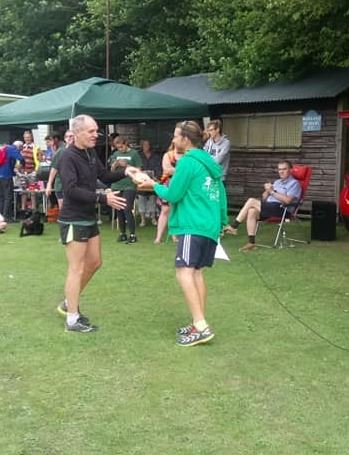 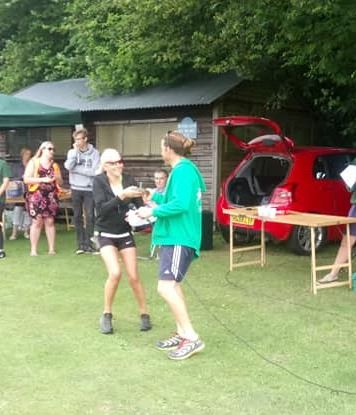 From Angela Claire: Not a timed event but today at Sherborne Sports Centre was a try your tri event. Mirroring the sprint triathlon held a few weeks ago at the same place, 3 Yeovil Town runners took part today. This was an untimed, non-competitive event to introduce complete novices to triathlon. Kirsty is a seasoned triathlete but fancied this as there wasn't much else going on today. The event consisted of a 500m swim which was mostly done together, we had given swim times in so the slower ones set off first ensuring the group of approx 12 all finished at roughly the same time. After a quick change that Angela had thought would be a doddle considering she regularly wrestles two small children out of swimming gear and into dry clothes when they're not even properly dry themselves, it was out for the briefing on the bike transition. The group split into three groups each supported by one of the staff from the sports centre (as this was not a proper event, there were no marshals or route markers on the course). Due to other events in Sherborne, the 20k cycle was an out and back via Bradford Abbas and Thornford. Kirsty set off in the first group, followed by Angela and then Nat Robins. In my group were two regular members of the gym there, a lady who had lost over 4 stone in the last two years and had been convinced by the staff to give this a go and a chap who had suffered a brain injury in younger years also persuaded by the staff to give this a go. They proved that triathlon can be for anyone who wants to try it. A couple of stops to rectify chain issues (not mine) and to regroup before we returned to the sports centre where staff then did an excellent job of talking us through the bike to run transition. Again we set off in our different groups, Kirsty's group first, then Angela's then Nat's. The 5k run route was a nice circular route out from town towards Bradford Abbas and a nice mix of road and cross country. A very enjoyable event and perfect for anyone who wants to try a tri or is maybe lacking in confidence or worried about putting all 3 disciplines together. 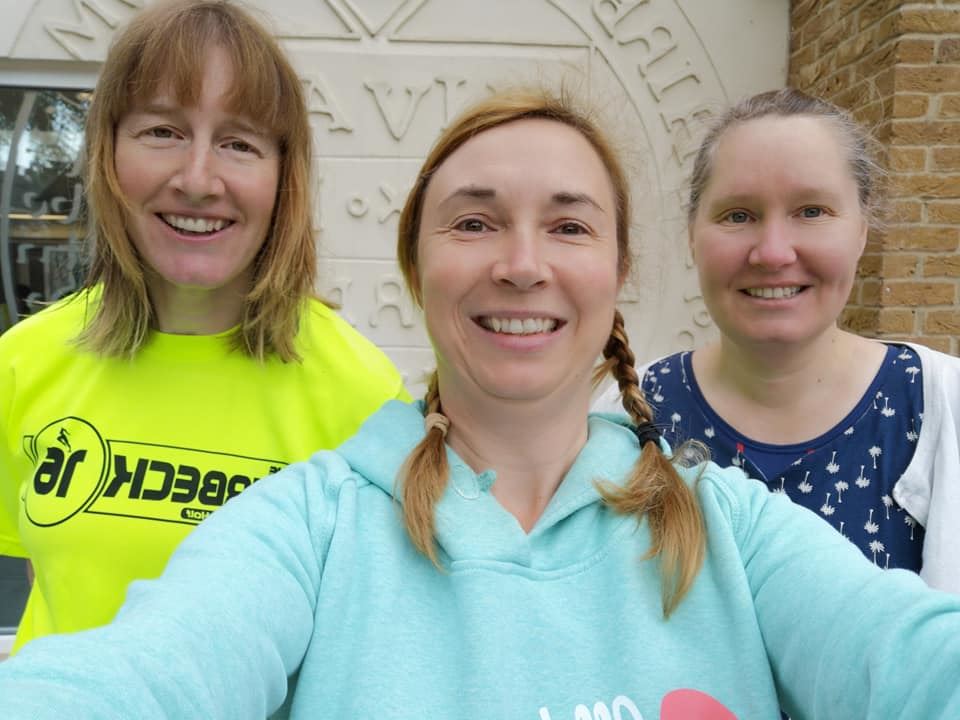 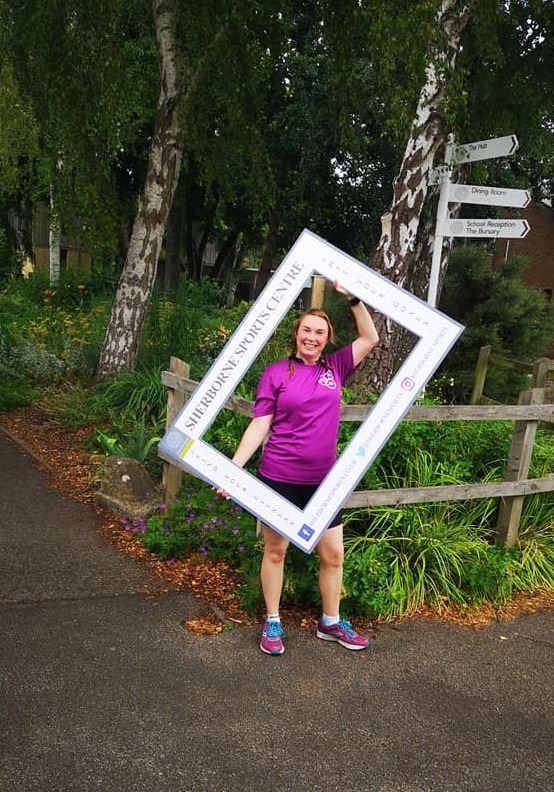 From Adam: This Thursday 25th at 2.00pm - YTRRC Cheque presentation at Town Tree Nature Garden (at the house) with the photographer. Please wear Yeovil top Thanks

Pawlett Plod 10k completed tonight. Part of the Somerset Series and only a handful of Yeovil runners were there as it sold out last week. Simon Rowbottom and Nikki was there (photo to follow from Lesley Nesbitt). Lovely flat race along the River Parrett followed by a hill on the last half mile. I ran it all....go me! Worthwhile race if you fancy doing it next year. Not sure on what position everyone came in but I was the last Yeovil runner. 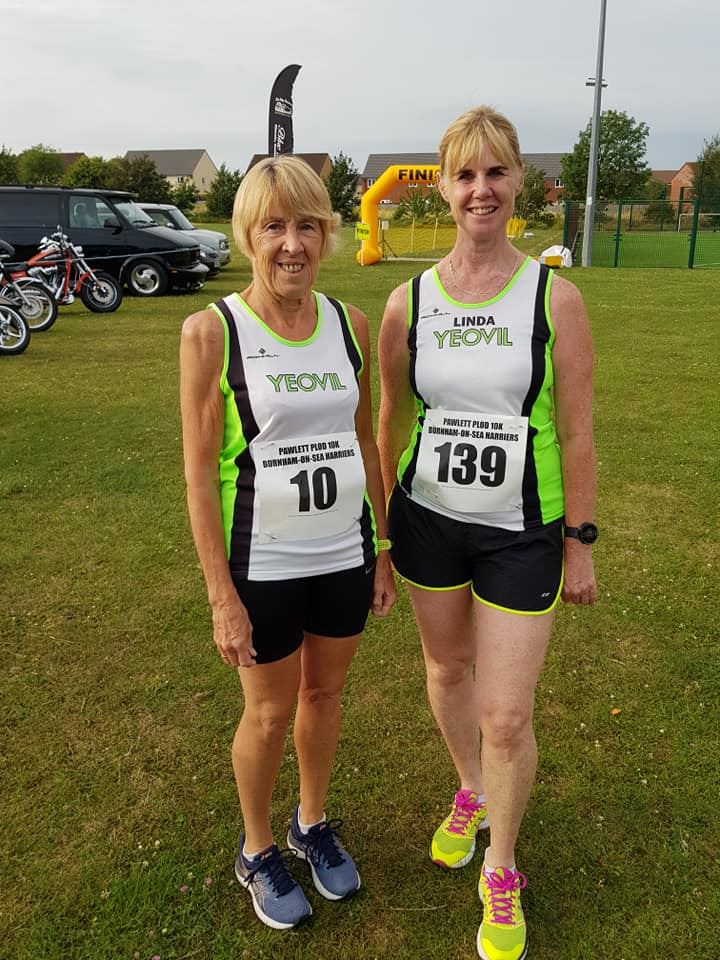 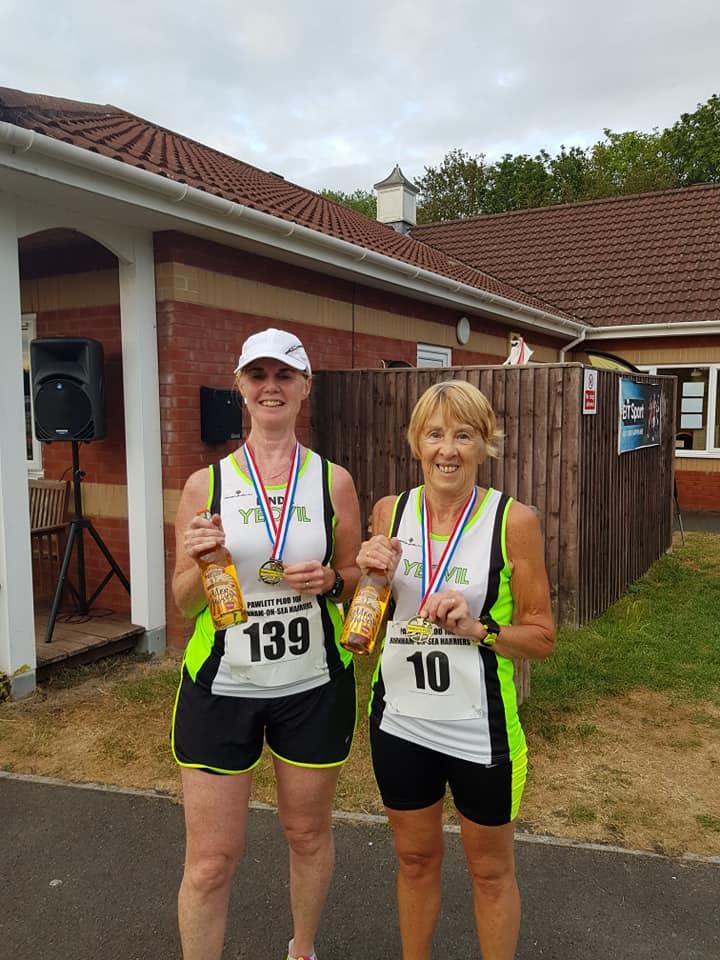 Lindsay and Steve organised the Pub Run tonight. There were 3 running groups covering a range of different velocities. I had the pleasure of leading the middle group comprising Tim, Mike, Tony, Kirsty, J.C. and myself. I made the route up on the hoof, and as it turned out, I found the route to be very pleasing. Between Bradford Abbas and the western edge of Sherborne, there are footpaths across fields. We ran up the road to the railway bridge and started across the fields running parallel to the railway line. At the Wyke barn we crossed the level crossing. The next two fields were planted with maize now 6 feet tall. Further on there was wheat. We had sunshine and great views of wooded hills to the south. At Lenthay common we passed placid cows. We ran along the lane passing the school, then climbed up Honeycombe Rise. North of Hunts Mead there is a footpath across a field which took us back to the common. From here on, we ran back the way we came. We passed other runners along the way. For me, this run tonight was near perfect. Mostly flat, off-road, good footpaths along field edges and through crops. Sunshine and great views of the countryside. We also saw a train and a tractor kicking up dust ahead of us. Thanks Lindsay, Steve, and all. It was great tonight. Thanks Alison for the photo. 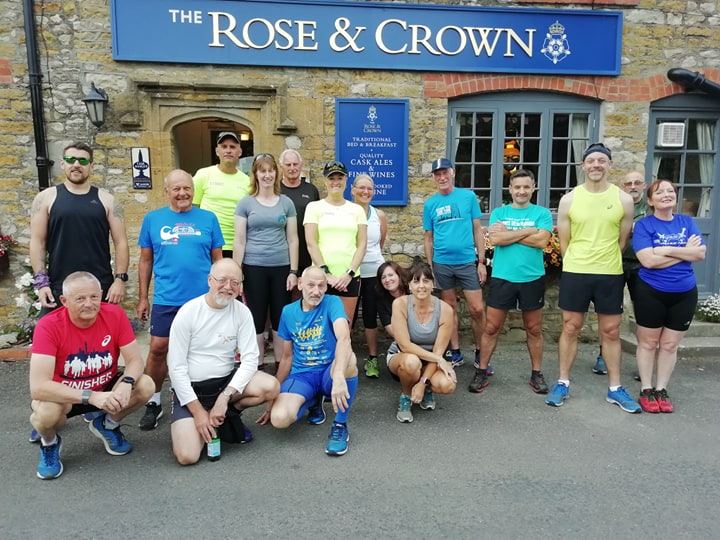 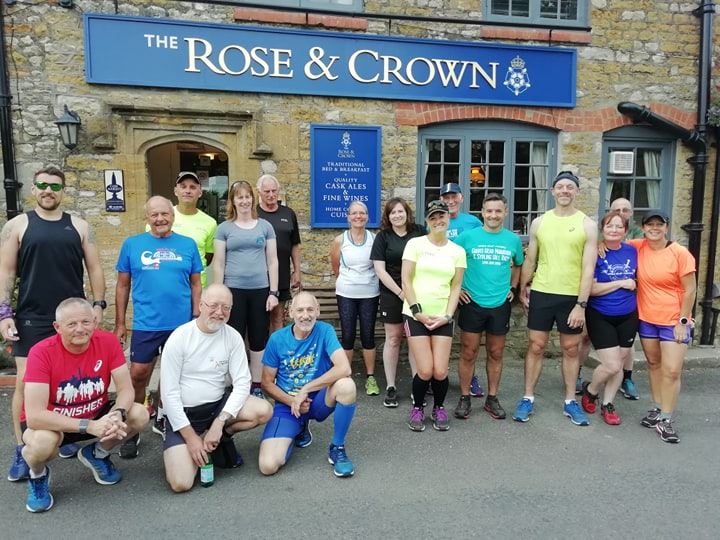