A Day at the Sea Side 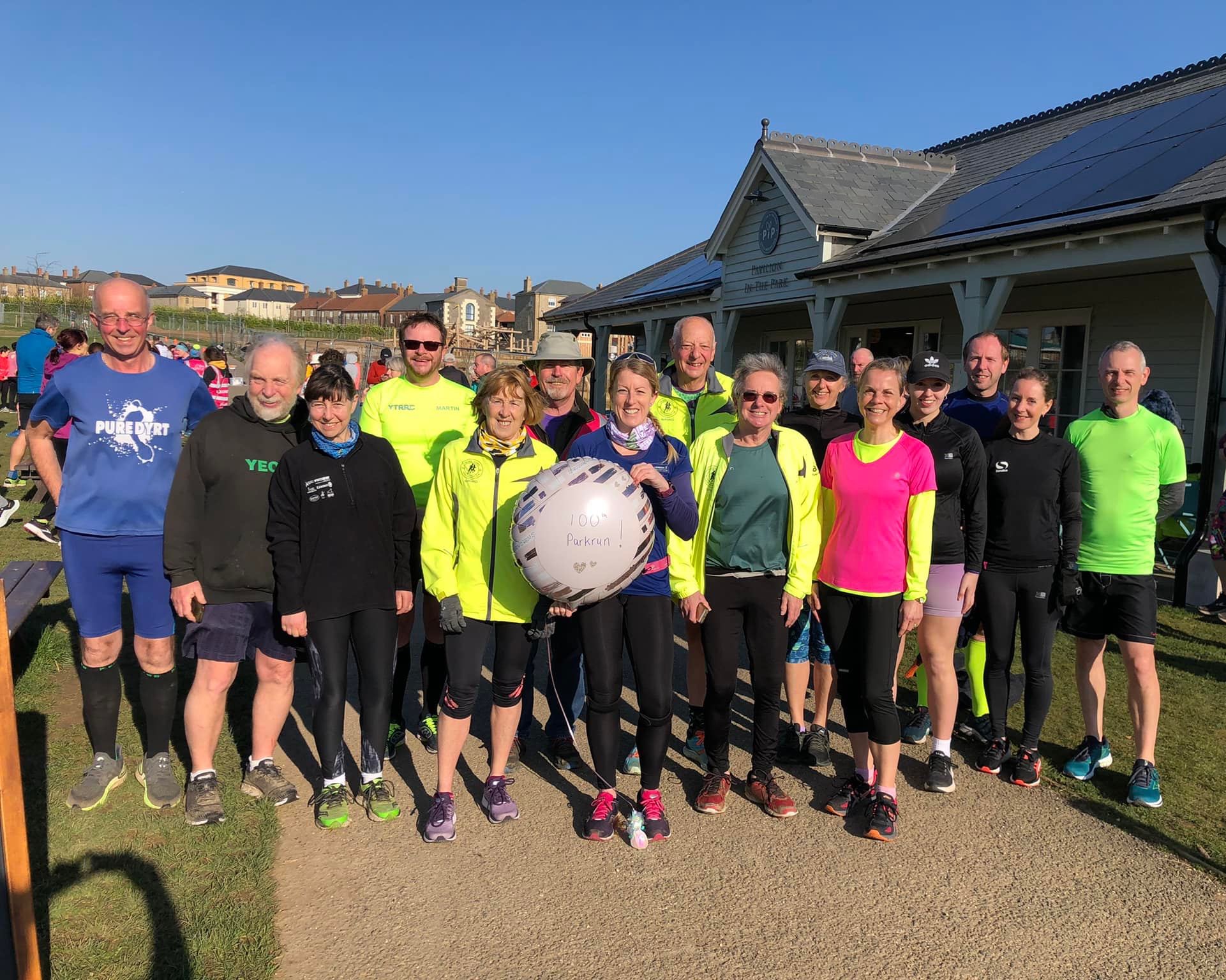 YTFC are playing at home so we are at Goldenstones this Tuesday.

From Matt:  Ready for a day out? Want to run and have fun? Its Wessex Ridgeway Relay time again I need a team of six (five plus me) You'll run two legs, roughly 10 to 12 miles in TOTAL, with the team baton going across the whole of Dorset!

a) Its great, you'll want to do it again

c) You'll have had a great day

Let me know as soon as possible...this takes a bit to organise!

From Lesley: Weymouth half marathon completed this morning. Beautiful day and conditions could have been a lot worse - it was windy in places, particularly in the second half. Whoever said it was flat was lying, as although the first half was we had to pay for it in the second half. Despite this we all enjoyed it and were happy with our times. Helen, Sarah, Dominic & I celebrated with a lovely coffee and chat at one of the beach cafes afterwards. Nice to see Marie and Fran there too. Dom could you add the finisher photo with our medals olease. 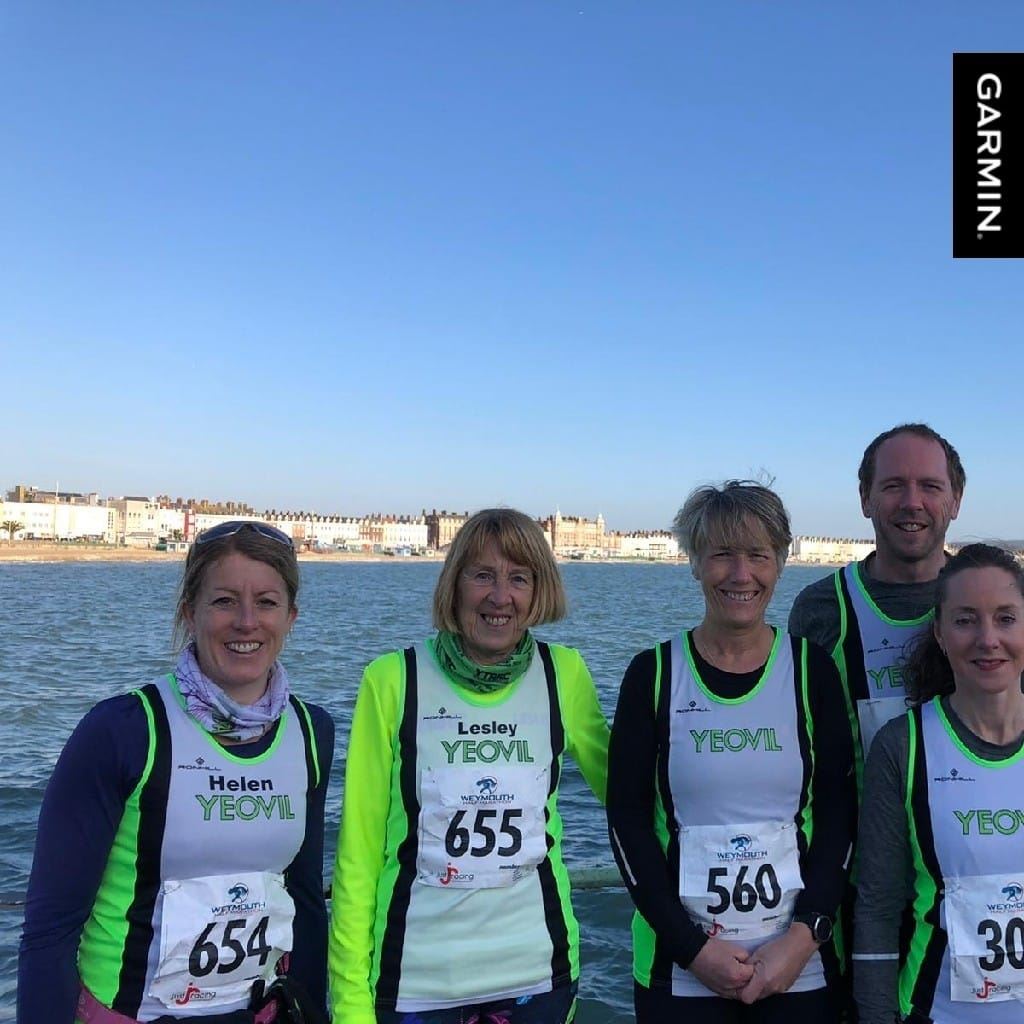 From Helen: My 100th Parkrun Thanks to everyone who came along to help me celebrate I really enjoyed it! Special thanks to mum (Lesley) for the massive balloon to ensure my milestone didn’t get missed! And for helping me with the baking. Also to Paul for the special parkrun cakes! 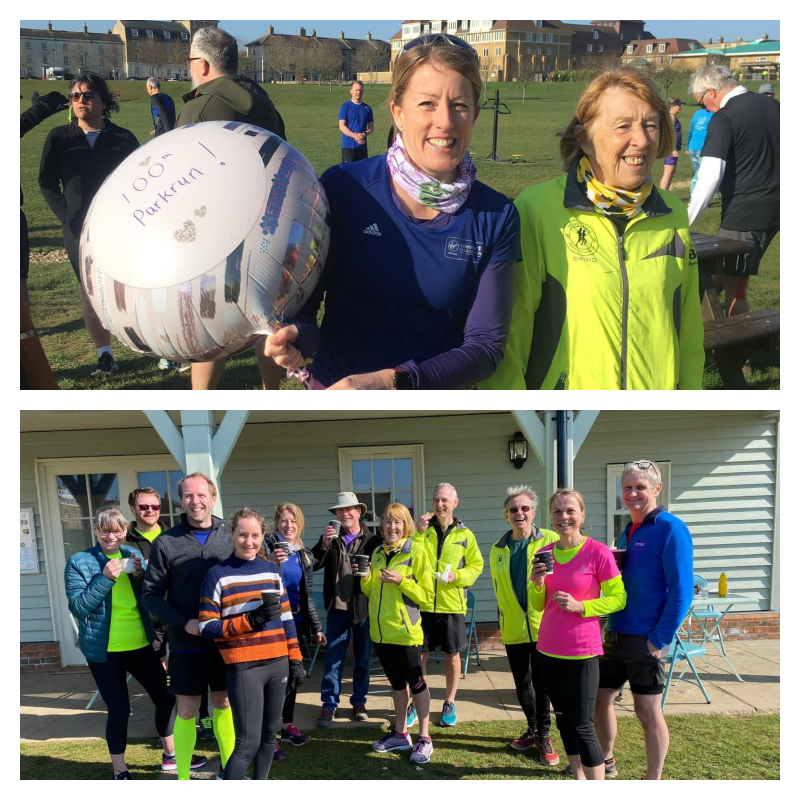 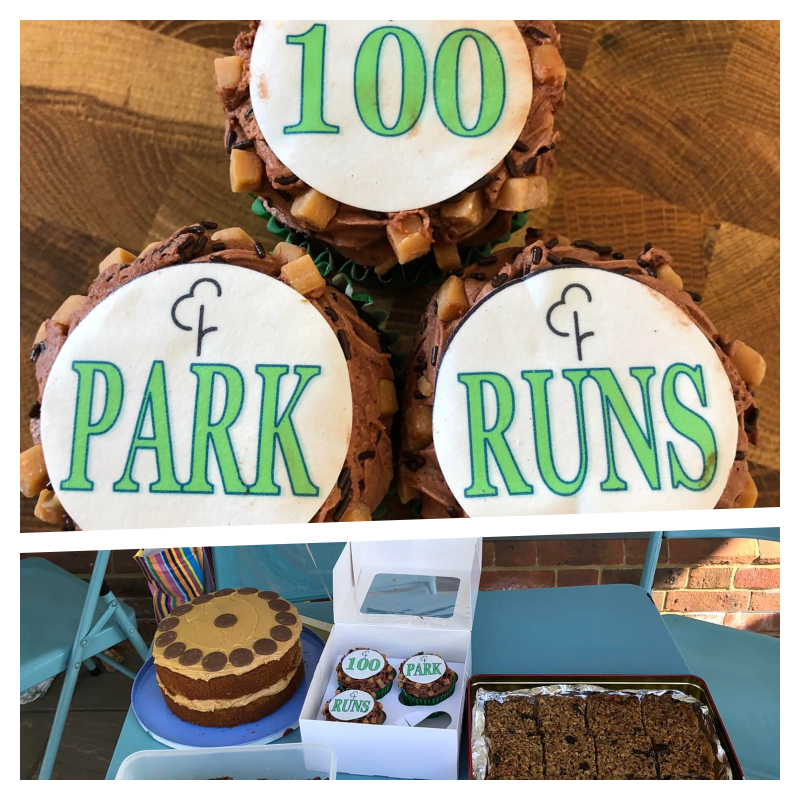 From Sue: A grand day out for June Moule and I, a fairly civilised start to the day travelling from Somerset to North Devon to "Pound the Pound" an off road multilap event, 6 hours to do what you want (can). We saw Dave Tilsley, Holli Tilley and Jon Foxon all of whom did more laps than us. We are very happy with our half marathon distance given the terrain was quite challenging, definitely not flat and super windy but never behind us. We even managed to arrange with the organisers to have our ages for race numbers ( Leigh Parsons ) . A great day finished off perfectly with all day breakfast in Tiverton. 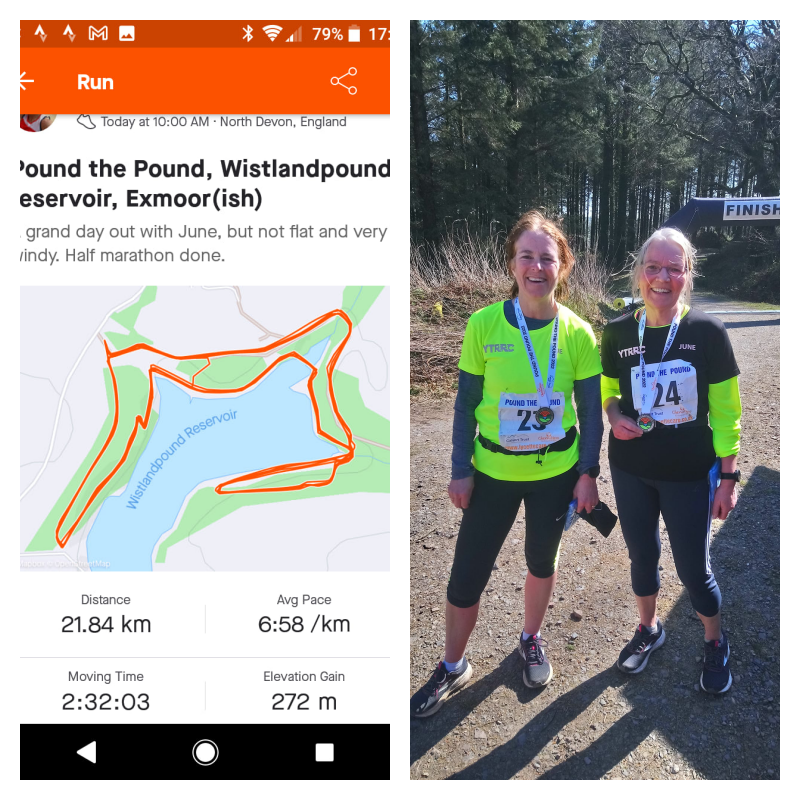 From Anita: #98 thanks to a jaunt up and down the Thames Path with Phoenix running for Rhino Boy's 100th marathon. An early start but the weather was good, soon wished I'd worn my capri leggings. Mark was a great chauffeur, although poor JC had to put up with me this time as Lynne and Tara decided to have a rest. Fab bespoke medal and I got my first set of Phoenix wings too. 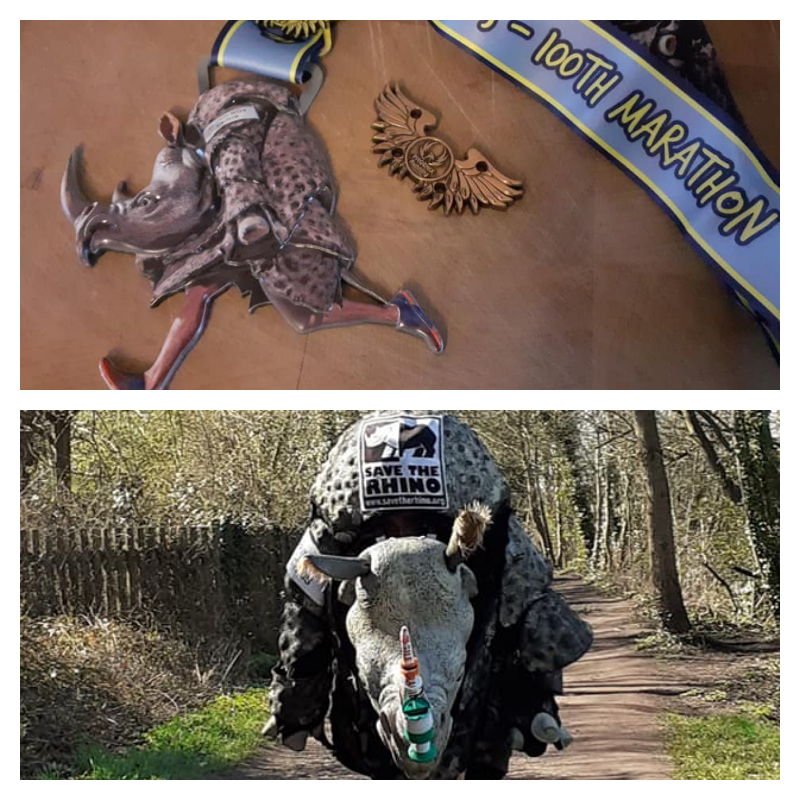 From Mark: Our group tonight comprised JC, Sue, Kirsty, Rachael, and myself. I chose the same route as last time but going in the reverse direction (clockwise). The first part was in fading daylight, and a full moon was just above the horizon to the left. The sun was setting to the right. We passed the manor house and ran on down the lane to Yarlington Mill farm. Turning left at the farm, and then right we then headed towards Hill Ash farm at Woolston. There were cold pockets of air in the dips. Turning right we ran along Woolston road towards North Cadbury. At the village we turned right and ran along Sandbrook lane. We passed a house where small dogs came out and made a lot of noise in the dark. At Hearn lane we turned left and then right. This took us back into Galhampton, and we ran back to the pub. For the meal we all sat round one large table in the conservatory. The food was good. Thanks all and Phil for organising. 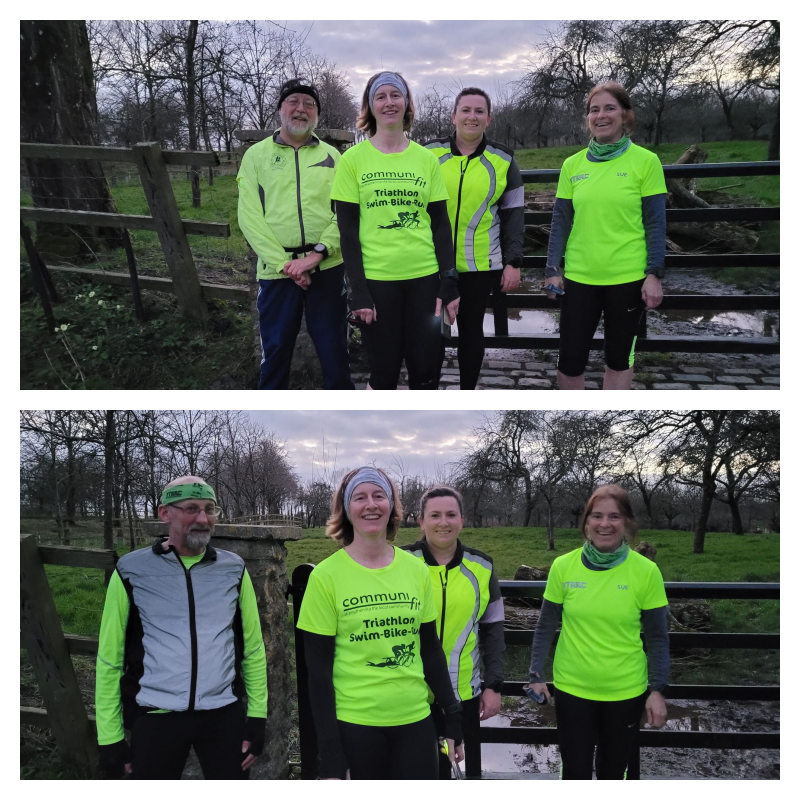