A Cold one in Weston 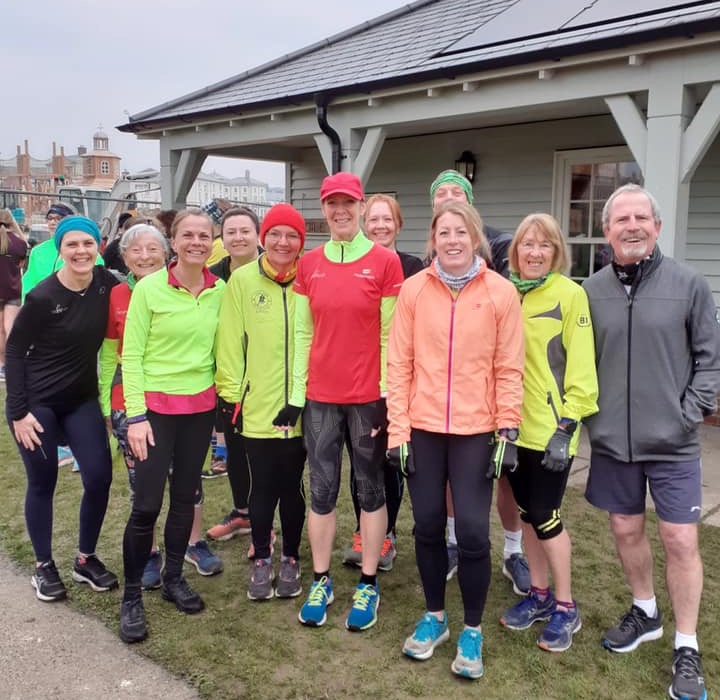 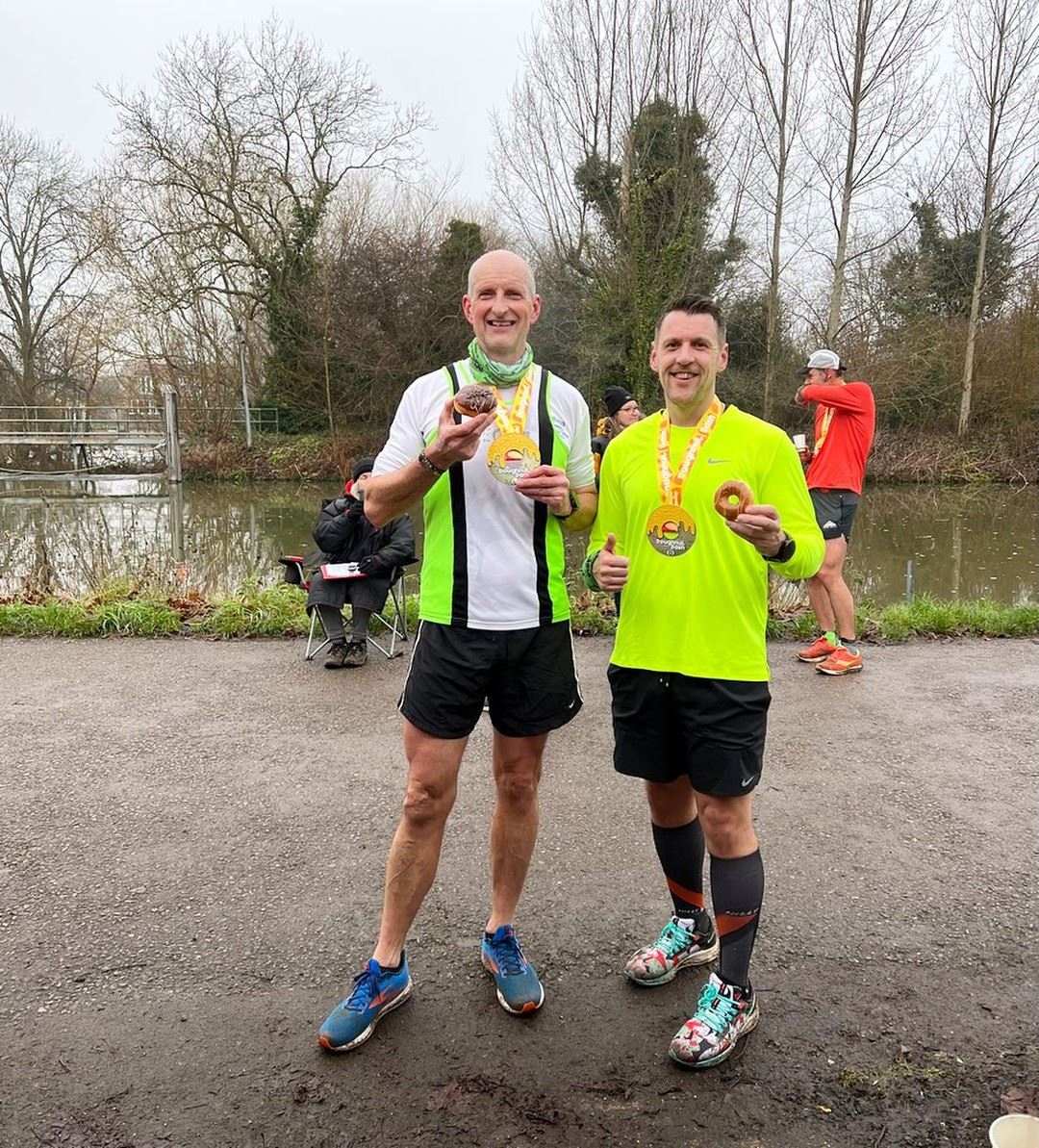 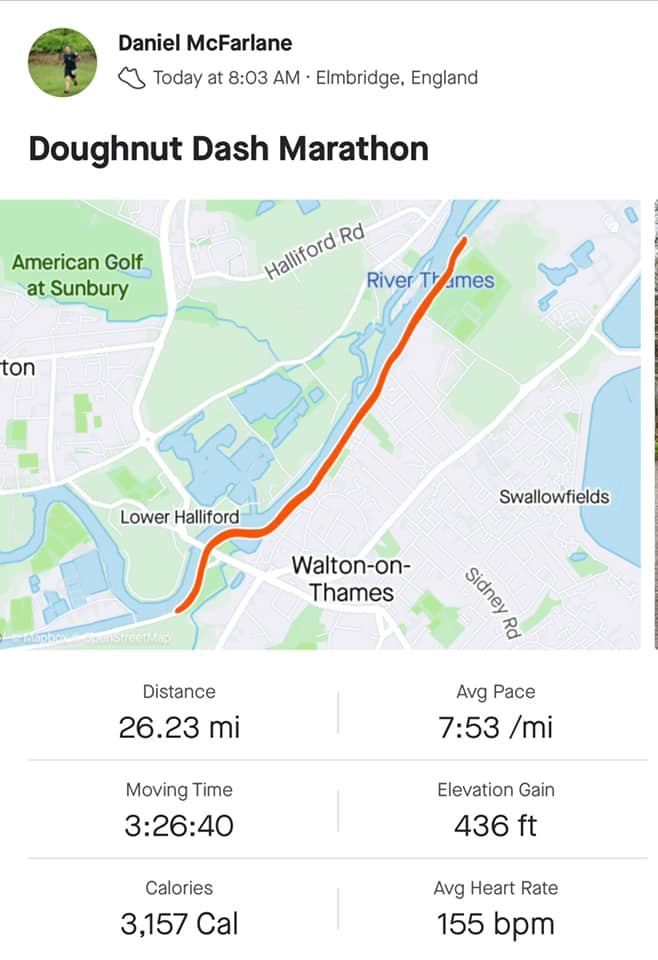 Due to a mess up on my behalf plus I was given some wrong information we’re going to have to start the marathon topic from scratch.

We have been given 4 teams by the organisers, the following teams will be:

There are 4 runners per team, so require 16 members who wish to take part. Cost is £13 per runner. Transport between legs will need to be arranged. I will need payment asap.

From Tina: So today some of the club ran the 5k at Frogmary. For those who have not been to Frogmary before..when you drive into the overflow carpark there is a lovely lake in front of you with nicely laid out paths. I was hoping we were going to use that as part of our running course but oh no we were in for something else. So we all dutifully collected our race numbers which was very easy.

At 10am the race began, we ran down a hill which at times was a little smelly - well we were on a farm! Through a load of luscious mud, there was absolutely no way of avoiding it. This took us onto the fields. There was a load of sheep but they were cordoned of in there area. We ran around some fields which was very well marshalled our Claire was one of them, back through the luscious mud by which point seemed muddier. Up the hill to the finish. We were then able to get into a queue for a hog roast and warm drink. I think it was fair to say it was challenging and enjoyable helped along with the sunny weather! 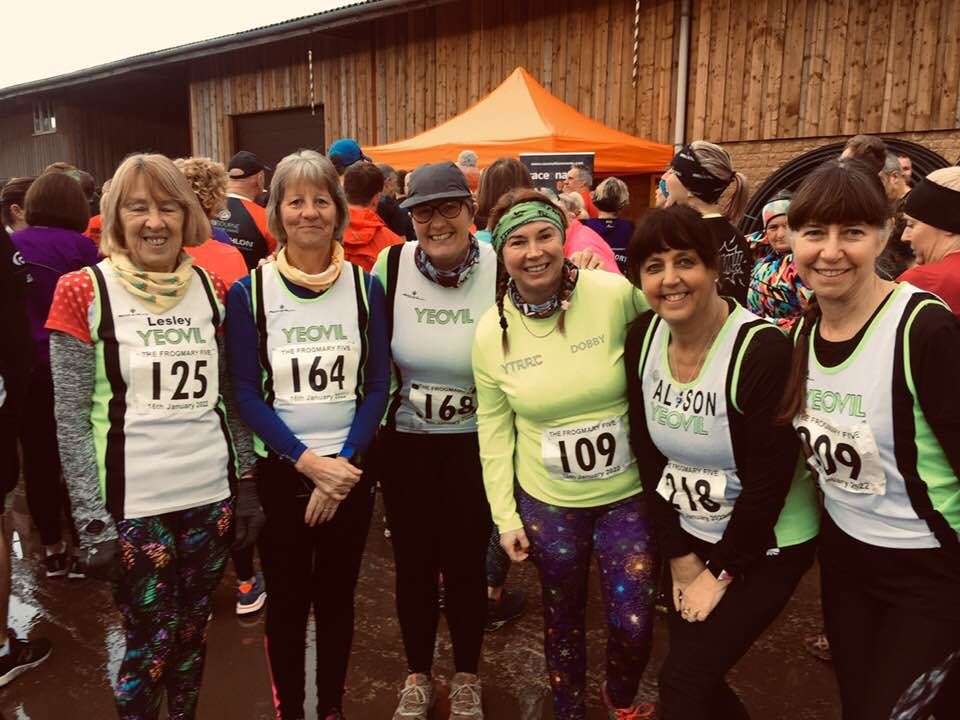 Any help gratefully received, anytime between 2.00 and 5.00pm 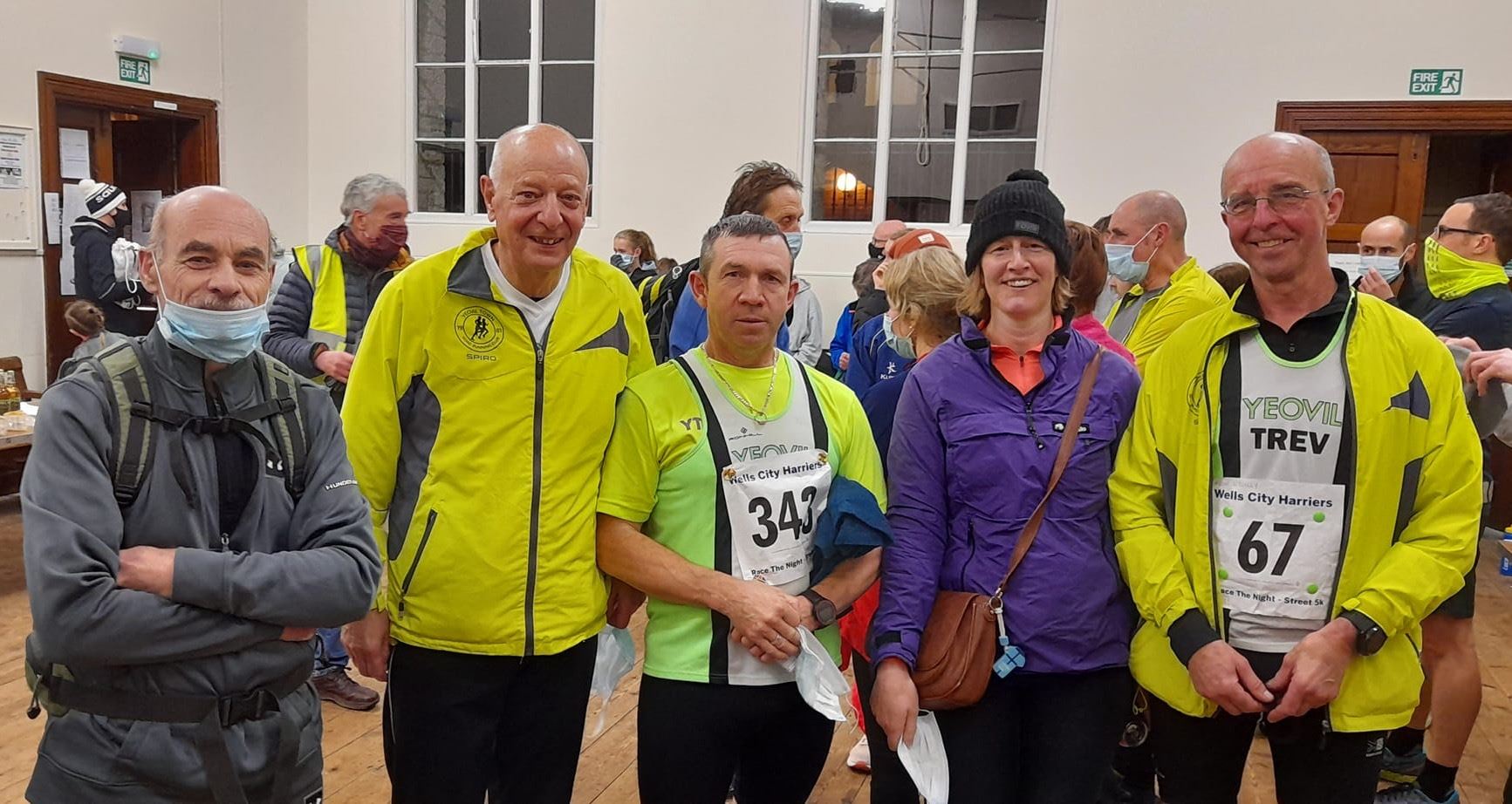 From Taryn: #150 PR DONE at the Great Field Dorchester with a large YTRRC contingent- Thank you 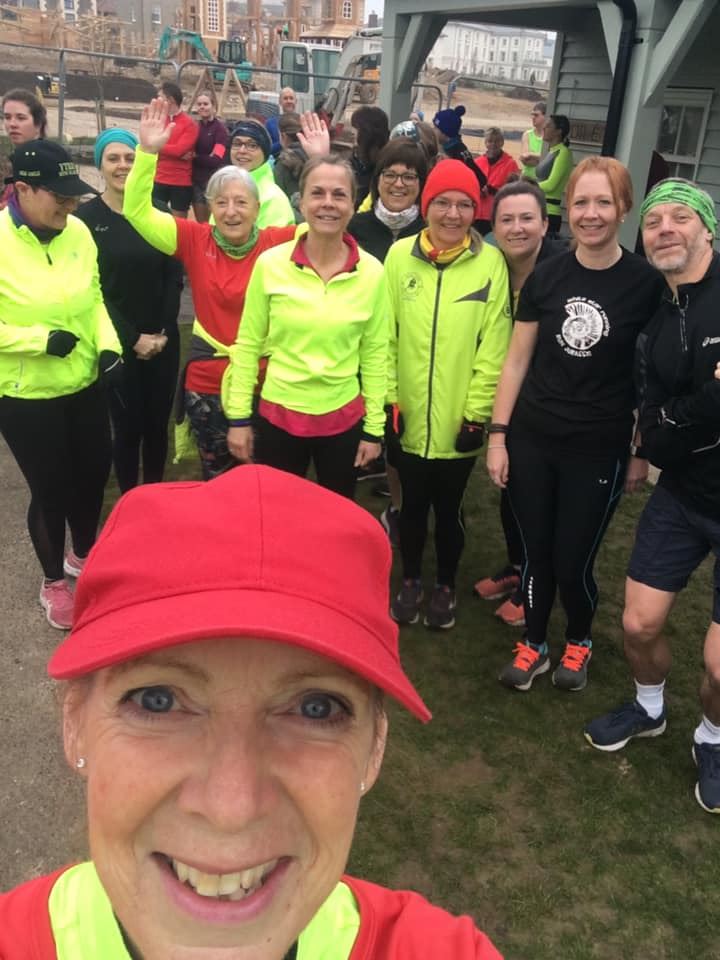 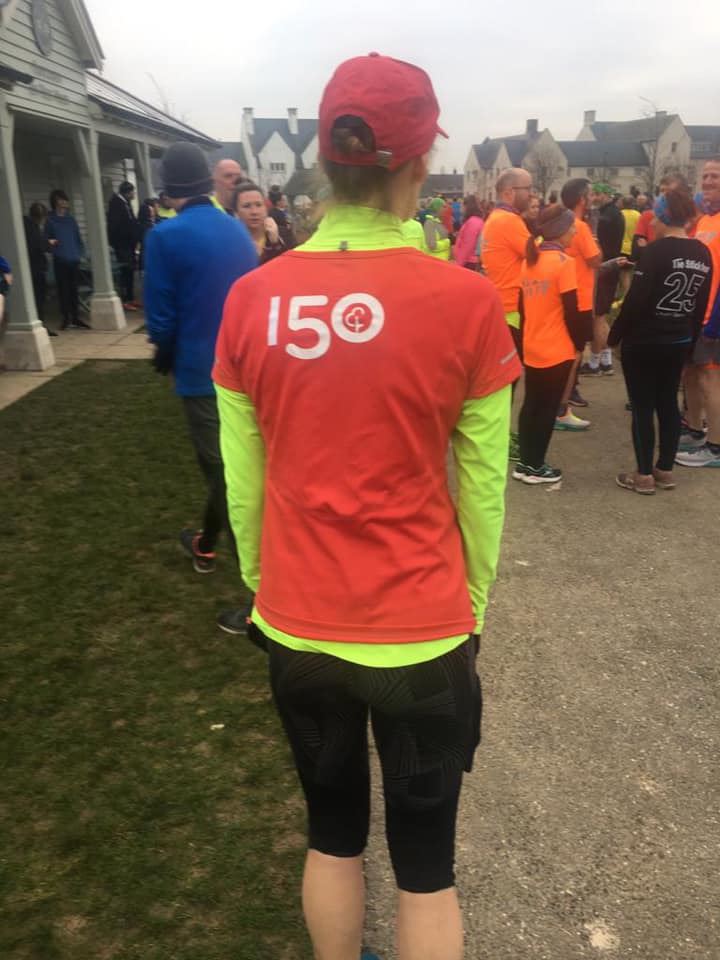 Cheers Kev for the phots 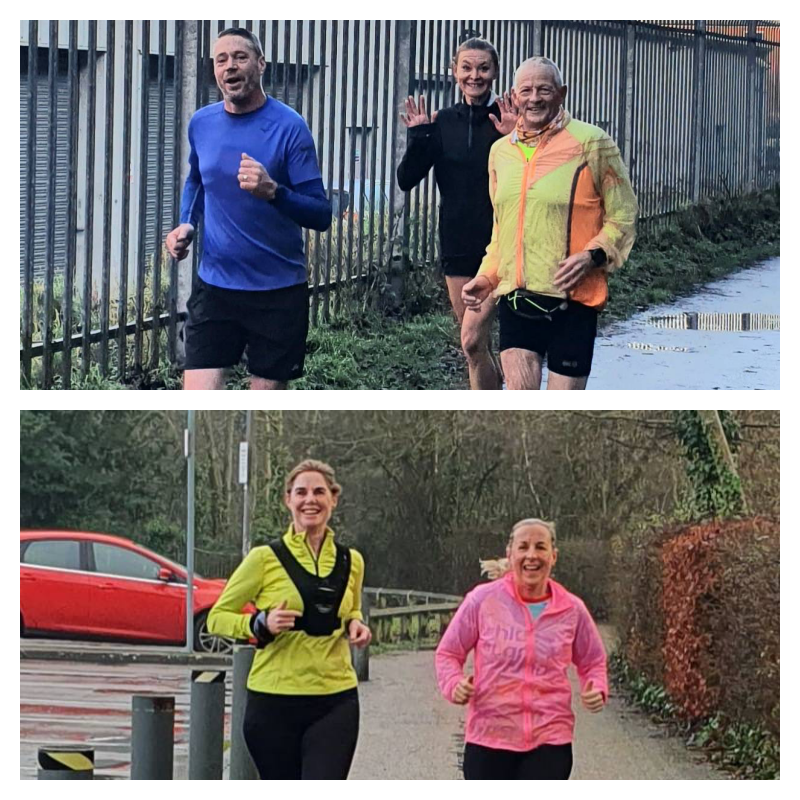 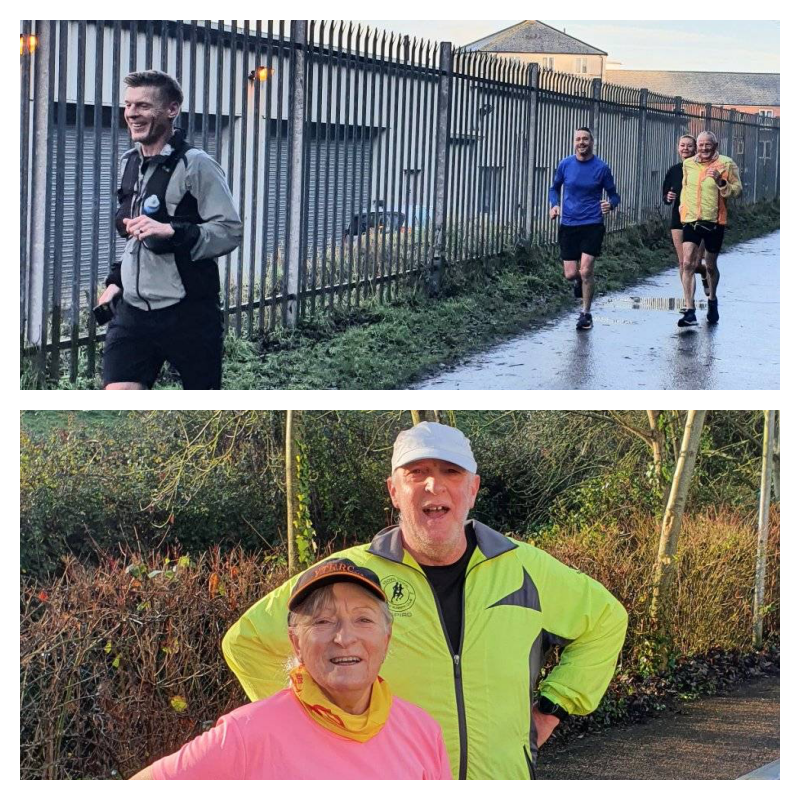 From Matt:  Darkness had fallen as had the temperature, -15 degrees meant a discussion about how many layers to wear and when frostbite would kick in. Joanna Henley and Melanie Denham managed to park their cars 12 yards from the registration centre, while Matt Driver was 36 miles up the coast and had to walk quickly to get to "Bay Cafe" wherever that was. Having finished panicking about getting there on time, Matt joined the others in a warm up jog (you know...sprints, lunges, a quick ten miler to freshen up, etc.) and then we asked a friendly marshall the route. Bearing in mind it's a prom run, it was more complicated than just up and back...you had to do it twice!

Dominic Berry and Sarah Farrant arrived looking resplendent in YTRRC colours, so easy to pick out of the gathering throng. About 43,956 runners had turned up, including 7,654 from Chepstow (obviously avoiding Welsh lock-down rules. The race marshall shouted instructions, something about the glacier at the North turn-around, and then off we went across the chip timing mats. Some youngsters shot off at the front at a blistering pace and not far behind came Jo, Mel and then Matt. Sarah and Dominic were breathing down our necks.

By the first South turn-around, Mel had stretched out a 3 inch lead over Matt, while Jo was going strong slipping back a few yards. Sarah and Dominic were keeping the pressure on but had let a small gap appear. This set the scene for the first lap meaning gaps could be checked, and encouragement given, at each turn-around. Some lairy lads gave good cheer, possibly fuelled by cans of beer and someone said something about doing "some weeding" but I only saw a few dandelions

On the last North stretch, Matt was forced to let Mel go as the pace had been hot and the weight of yesterdays curry was beginning to take effect. Although close enough to keep the pressure on, Matt was drifting back but this was unknown to Mel once the final turn had been made, so she was running scared right up to the finish.

In another time zone, Ben Robinson of Bristol & West AC won in 25:49 I mean come on, that's quick!

Chip times for YTRRC are:

Melanie Denham was first YTRRC in 38:37 - pretty hot too!

It was agreed that it had been a tough race because there's no reason not to go fast. Probably a pb course. Would we want to do it again? Maybe, but possibly when its warmer. As rare as 5 mile races are, don't forget Weston AC run this monthly as a series of nine. Editor's note: there may be a point or two that was exaggerated in this report. 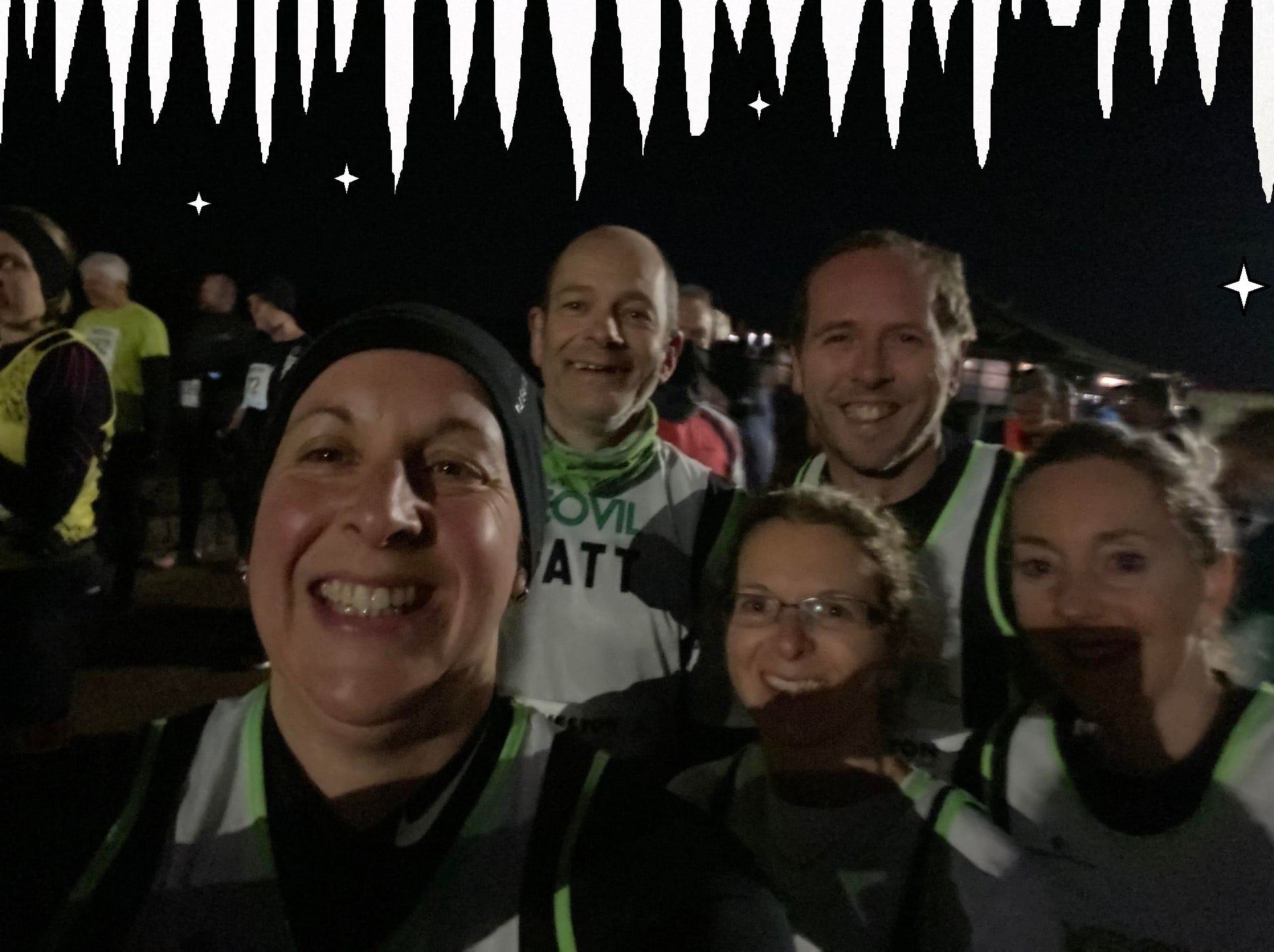